Final concept for Mandalorian Pred jetpack. Based on Jango's, not Boba's. As a silhuette, Boba is recognizable right away, but for the sake of strictly nit picking and practicality, I think a Pred would go for a shorter rocket. This is most likely as far as I'll take any further Mandalorian stuff, this done for the sake of feeling done. Its angles are quite wonky as I did it freehand, and though it could be much improved, I'm not bothering to do any more. I have more to do, don't want to make a career out of this one thing. Were I to make a suit, yeah.

Too many small bits are lost, too many angles have to be done to show details. Such as one I didn't bother with, showing opposite side of Pred just to display his sidearm, in a modified holster true to Boba's, the spear-gun holster. I spent one night researching just that for accuracy, and the Wolf pistol for something that barely registers on paper, and is missed by most anyone seeing it.

I also deleted in drawing any Wookie scalps, or Ewok skulls I had planned on. There is just so much I'm willing to spend time on these days. If I wanted to go SUPER nuts, I'd do a full piece with a Slave-1/Pred ship mashup as well with the Pred walking into cargo bay or out of it with some crazy, snarky film-referencial trophy being loaded. 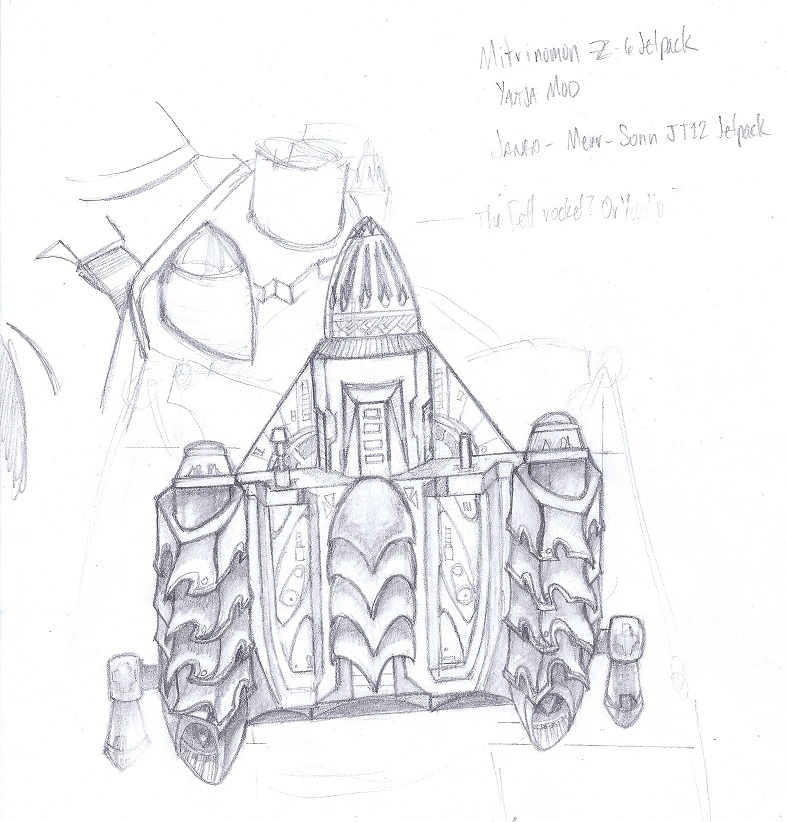