Man, I’m walking into these forums just like Indy walking into the Ravenwood bar, it’s been a long time. But I wanted to share my recently finished Indiana Jones costume, go through the gear and give a probably unimportant story as to why it was such a sentimental build. But first, the fun stuff:

The hat is the Harrison from Advintage. I requested it unabashed so I could do my own SoC look and warp the brim to my liking. Definitely the best Indy hat I’ve ever owned, and highly recommend it.
The jacket came from Leather Cult. It’s really of nice quality and the price isn’t bad either, but their “distressed” leather is really just suede, so I would like to replace it with the Wested Leather ToD jacket at some point.
Shirt is from Wested. The pants are a cheap Indy pair from Amazon, good price if you plan on kicking them around and beating them up, plus they look the part. Mine were a bit long which ended up being a good thing because it allowed me to do the high military hem.
Cheap web belt from Amazon, along with a generic leather gun belt. I made the whip latch and holster myself, which was awesome because leather working is always fun. The holster is almost like the color of the Webley holsters, but the style of his Raiders one.
Boots, also from Wested. Nicest Indy boots I’ve ever owned. The whip was some cheap “Indy” whip from Amazon. It looks the part, so I’m fine with it. I’m really happy with how it came out, I just need a side arm to go in the holster. I also got a cheap shirt and a second pair of pants from Amazon that I turned into a ToD bridge scene costume, but y’all aren’t seeing that one until I lose some more weight

Now the boring sentimental story. When I was 14-15 I had a fairly accurate Indy cosplay. It was great at the time because it was really something for me to hold on to at a difficult time in my life. But a few years later I got too caught up in trying to be cool and get in with the party crowd and somehow lost a bunch of my gear. The hat was lost to time really, I have no idea what ever happened to it. Some parts fell into disrepair, some things I held on to. I still have my original satchel which I converted to the pyro ToD bag. The boots I wore until they fell apart. Well, damn near 15 years later I got married and had kids and decided I wanted the old hat again and that somehow lead to everything else. It was a fulfilling build because it felt like pulling out an old part of myself that I had buried away for a long time. Anyway, hope y’all enjoy! 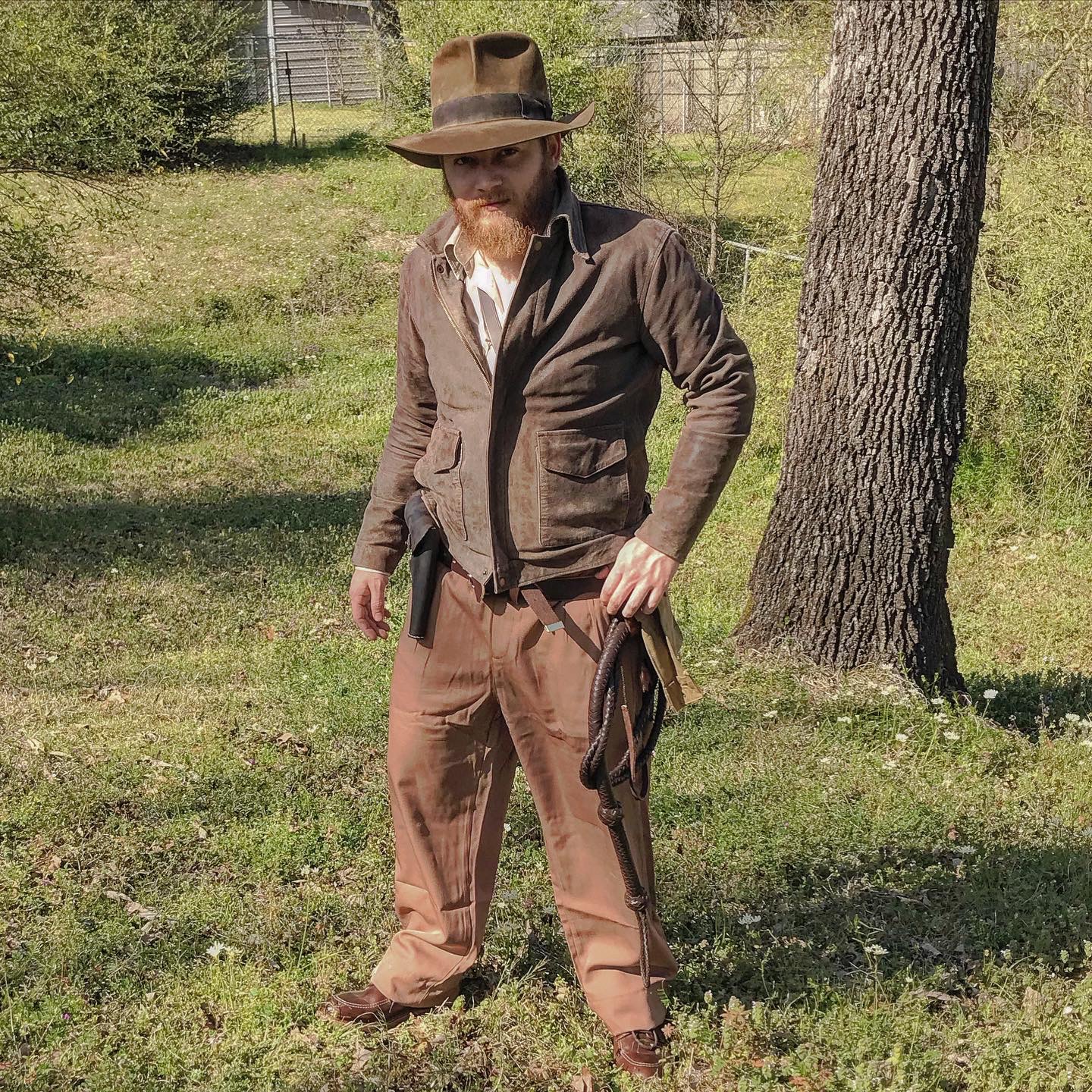 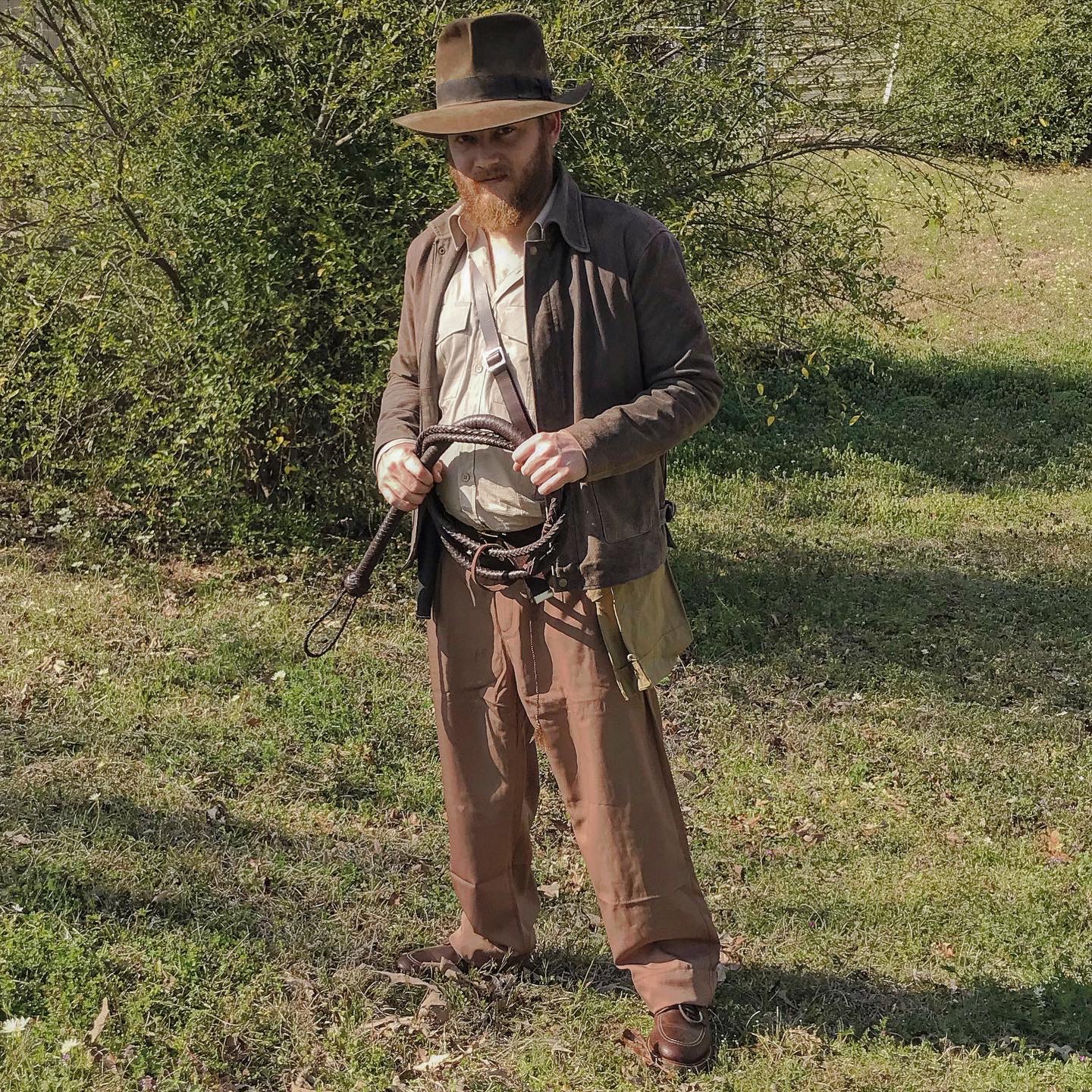 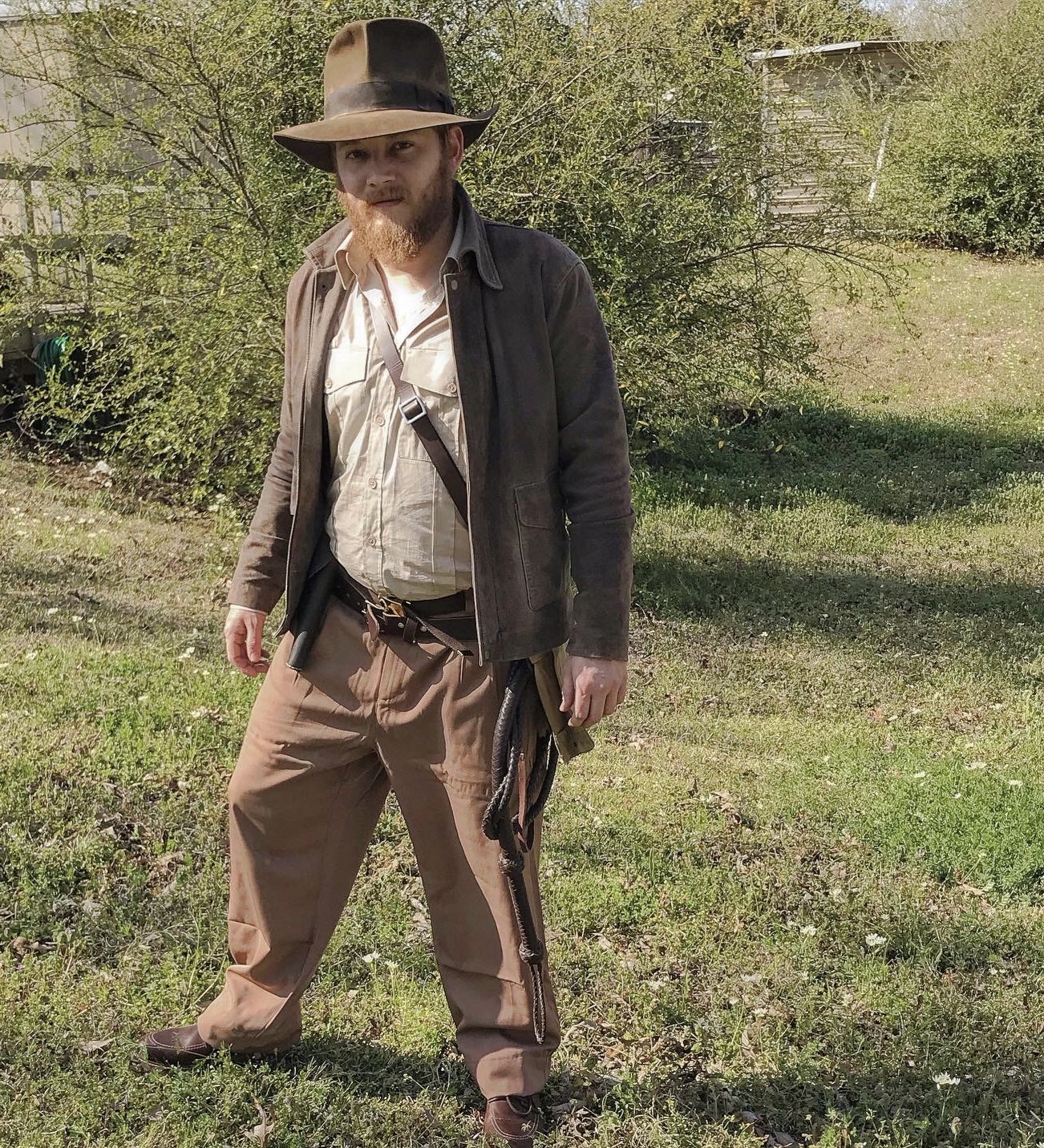 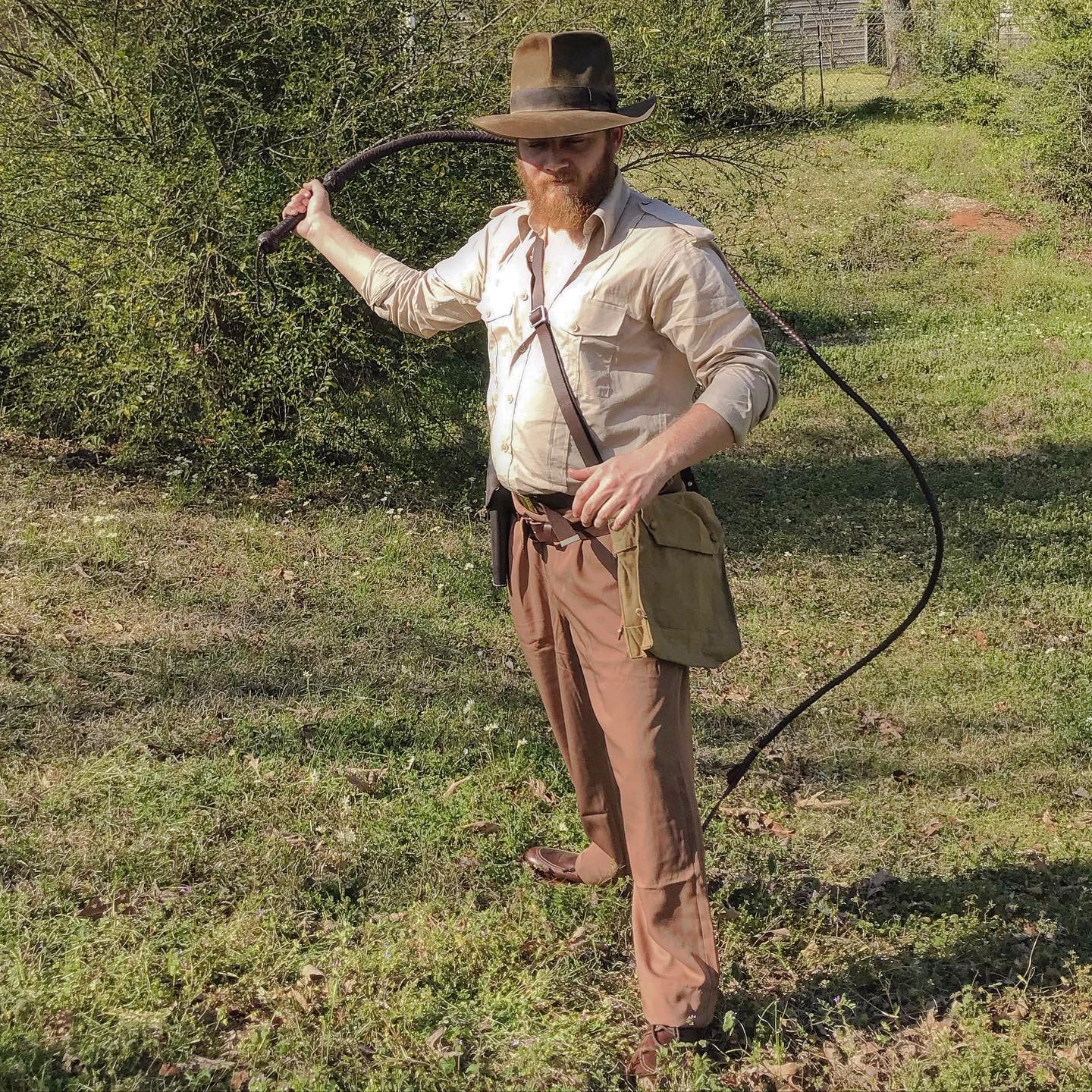 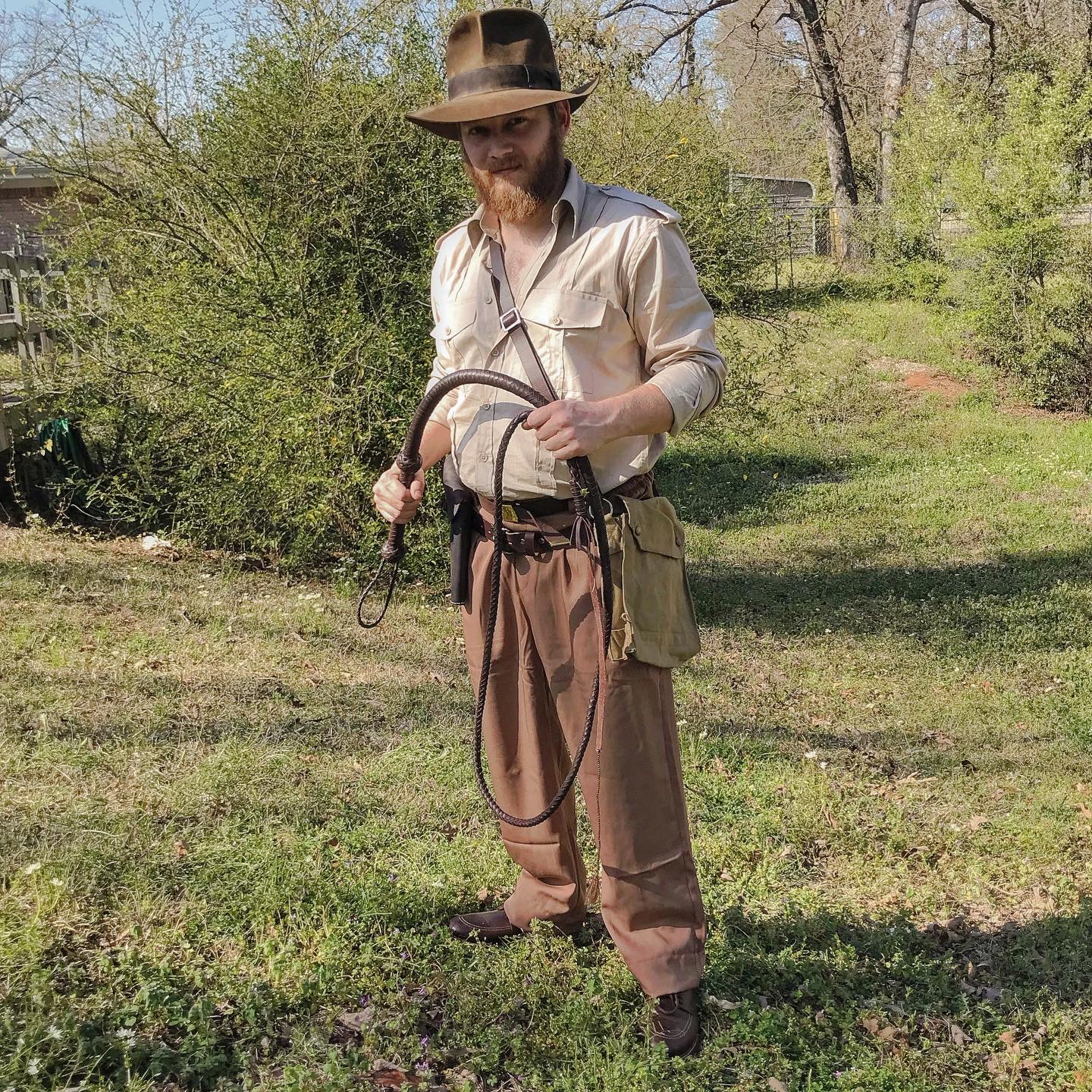 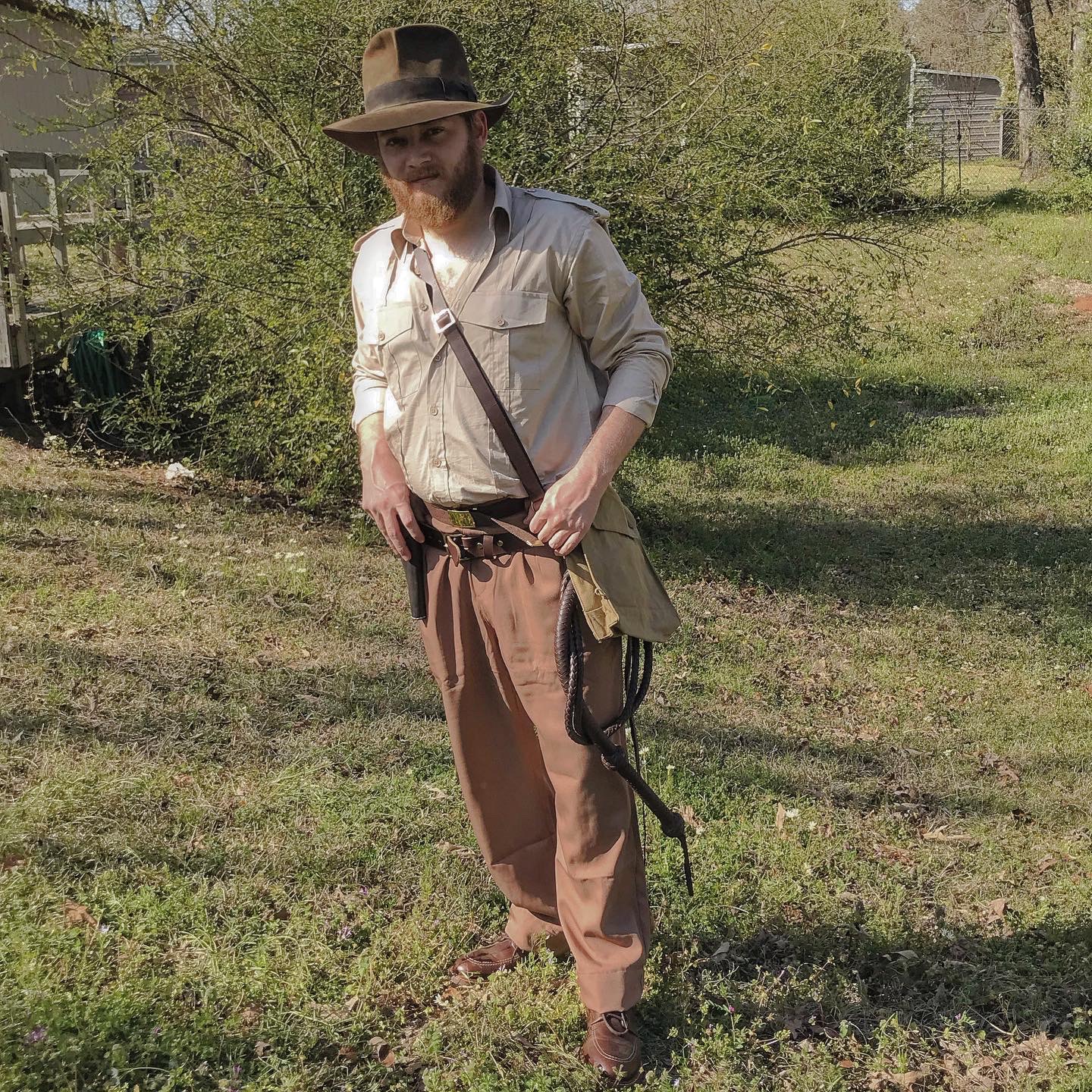 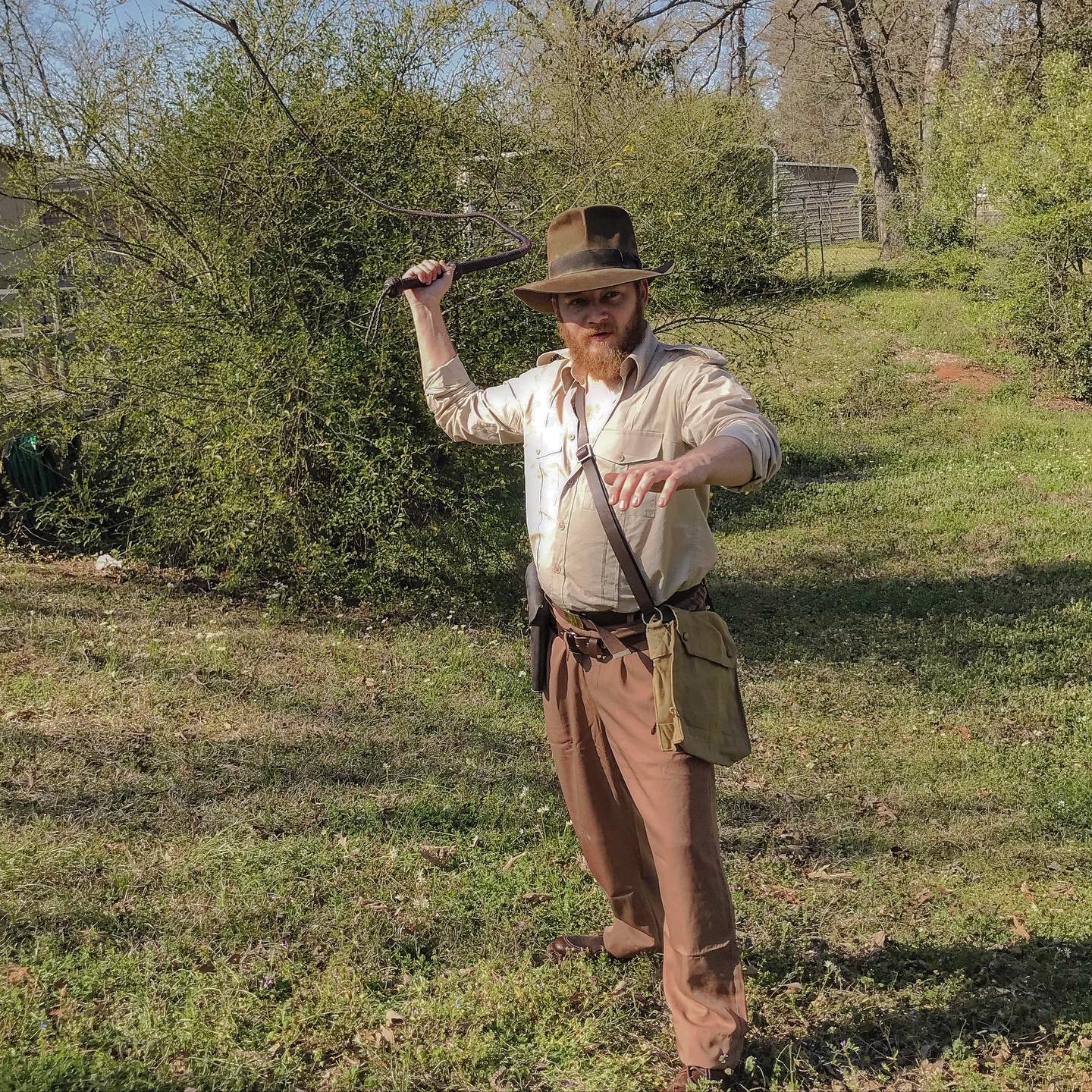 Are the pants advertised as “Indy pants “ on Amazon? I’m interested in checking those out…

Thanks man! I’ve been following your Indy stuff over on IG.

Are the pants advertised as “Indy pants “ on Amazon? I’m interested in checking those out…
Click to expand...

Thanks! Yeah, if you just look up Indiana Jones pants they’re one of the first options. I think it’s advertised as Indiana Jones costume pants. I highly suggest you measure your waste though. They go based on literal inches. I wear a size 32” from the store, but I’m like 45” or something in reality, so the first pair didn’t fit at all.

Thanks I’ll check it out.

Modern pants sit at the hip. The waist measurement includes all the beers…

Fortunately I don’t have much discrepancy between the two, but I do keep an excel sheet up to date with my measurements.

Sunday at 7:03 AM
Dietrich Speer