Based on a posts from another thread I want to see if I have this correct:

The MPC X wing that's about 12" long was used in Empire and Jedi, but obviously not Star Wars.

The MPC Falcon was used for animatics. Some discussion on if what used in Empire but most seem to say no.

Where any other MPC models used by ILM????


In regards to the Falcon do I have this right.

Any other Falcon Models used by ILM??????

That's about it AFAIK. The two 1:1 exteriors (right side in ANH, full in ESB), the interior sets, the 5-footer, the 32-incher, and the two little single-shot models.

The 5-footer ILM model is THE Falcon, if you have to pick one. It was the first ILM model built and the only model in ANH. It was the source material for everything else about the Falcon in 1977-83 including the full-scale exterior props. All the other ILM models were built for ESB. ROTJ was done without building any new Falcons.

In ANH the setbuilders had to put up an extra support pole (hidden inside a convenient refueling hose) underneath the front part of the 1:1 scale exterior shell. So in ESB all the Falcons had sprouted a pair of extra front landing legs, including the existing original ILM model.

The 32" model has taken over as the primary reference during the CGI era.
The ESB/ROTJ landing legs are visible underneath the CGI version of the Falcon in the ANH Special Edition. (D'oh!)

The interior sets of the Falcon are completely, utterly irreconcilable with the exterior's shape. Even if you changed some interior dimensions to fit better it would just throw off other areas even worse. The best compromise still leaves a few scenes impossible.

The most glaring problem is that the size of the ship is all over the map. The original ILM model was being built at 1/24th scale, which makes a 136-foot ship in theory. The soundstage interior sets suggest about 114 feet (this is the ship's official size nowadays). The soundstage exterior shells were scaled way down to 80 feet, not even close to containing the interior rooms.
M

Thanks for all the info guys.

RPF PREMIUM MEMBER
The blu ray extras include a model of an x-wing from the archives, and it just happens to be an mpc. That might be good reference if you're trying to mimic one of the ones used.

The wings from the MPC Vader's TIE kit were also used with heavy modification as the wings for the TIE Bomber first introduced in ESB. I believe a couple other parts (such as the windscreen frame) also ended up on the TIE Bomber.
B

The Vader TIE wings were also used (trimmed at an angle) for some smaller scale TiE Interceptors.

Actually it was the bottom of the cockpit ball that was used as the foot pads.


blakeh1 said:
A section from back of the cockpit for the AMT/MPC vader tie was used as the AT-STs foot pads
Click to expand...

Are there any pics of these BG TIE interceptors?


Ketzer.com said:
The Vader TIE wings were also used (trimmed at an angle) for some smaller scale TiE Interceptors.
Click to expand...

Really , I never heard that before , only ever heard what everyone else here mentioned

I actually OWN one other MPC Falcons that ILM bashed together for animatic work on Empire!

It was given to me, a good luck gift, (and for use as a possible foreground miniature) by my dear friend (and producer of 5-25-77) Gary Kurtz, while we were preparing to shoot the ILM sequence in "5-25-77". The dish is missing, and a couple of the recessed detail bits are currently bouncing around inside it, but other than that it's in pretty amazing shape. 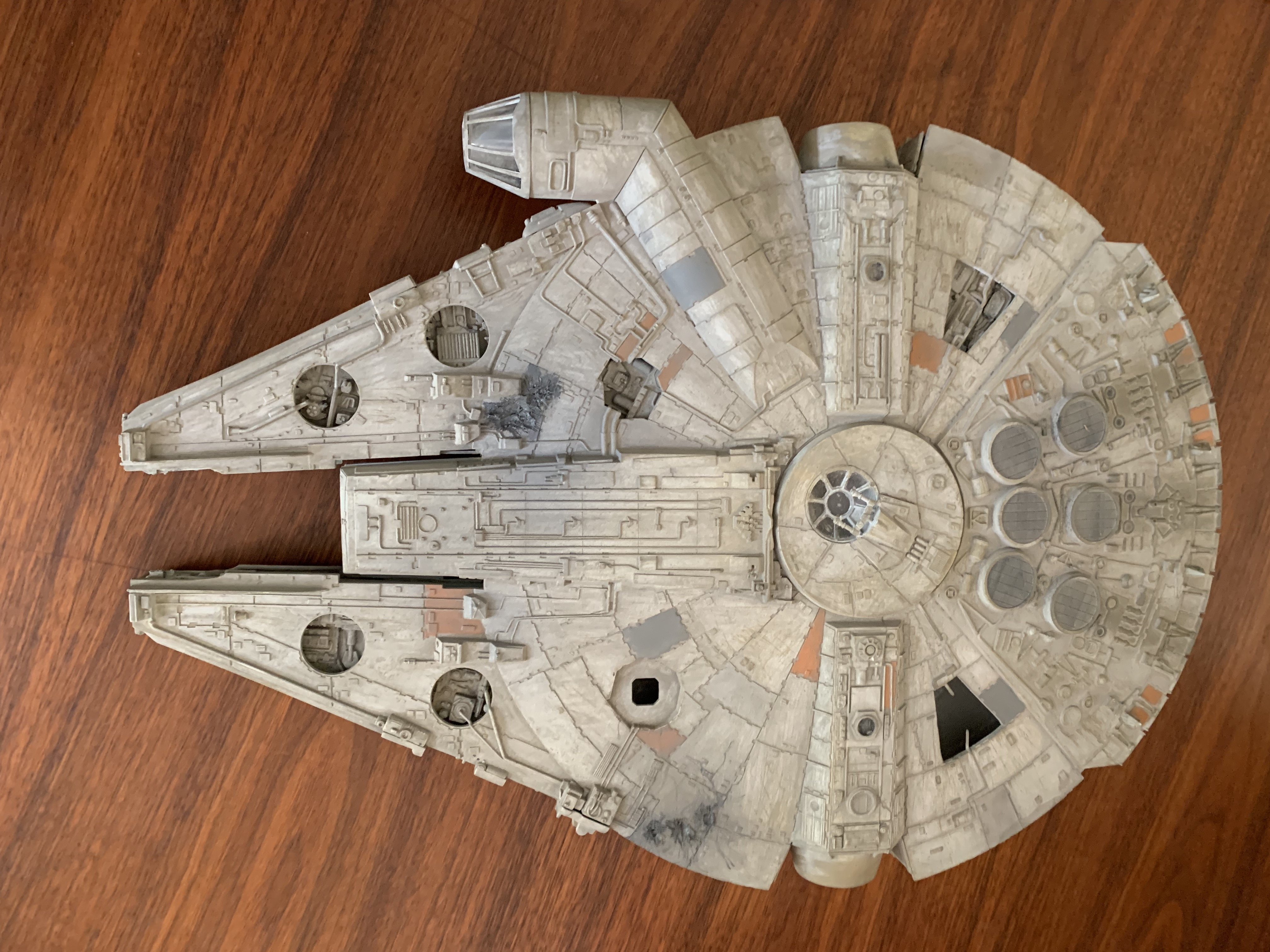 RPF PREMIUM MEMBER
Now that is a great piece of history!