As promised here are the photos of my completed Alien suit, my first in a hopefully long line of completed high end costumes.

These photos are taken at the Australian Gencon 2009 held in beautiful sunny Brisbane. This is where i first wore my completed alien suit last week to show off to the general public, and the response was beyond amazing!

Have you ever seen those movie scenes where someone walks into a bar and everyone just stops and looks at that person? I finally found out what that was like. I encourage anyone who views this thread to please leave any comments or suggestions on to how i could improve in some areas, whether it be painting / assembly / stance for photos / additional characters to pose with.

Just wanted to thank everyone who helped in the creation of this suit, especially "monsterroom" who provided me with the mouldings. And to all of you other Australian based predators and xenomorph's out there, Brisbane is soaking in anticipation for Supanova 2010 in Brisbane, as they are now aware that the hunter's, and even more aliens will be attending. 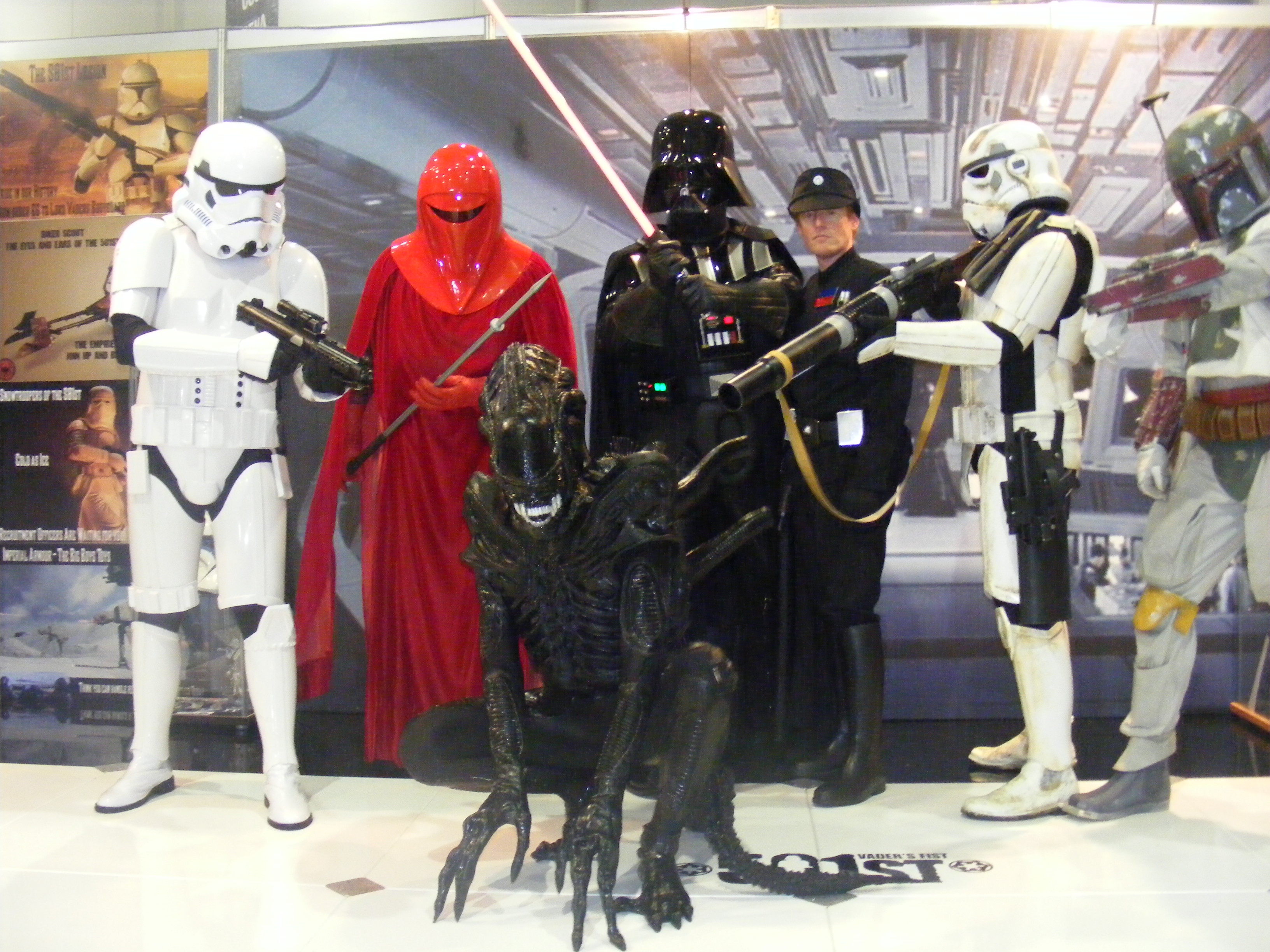 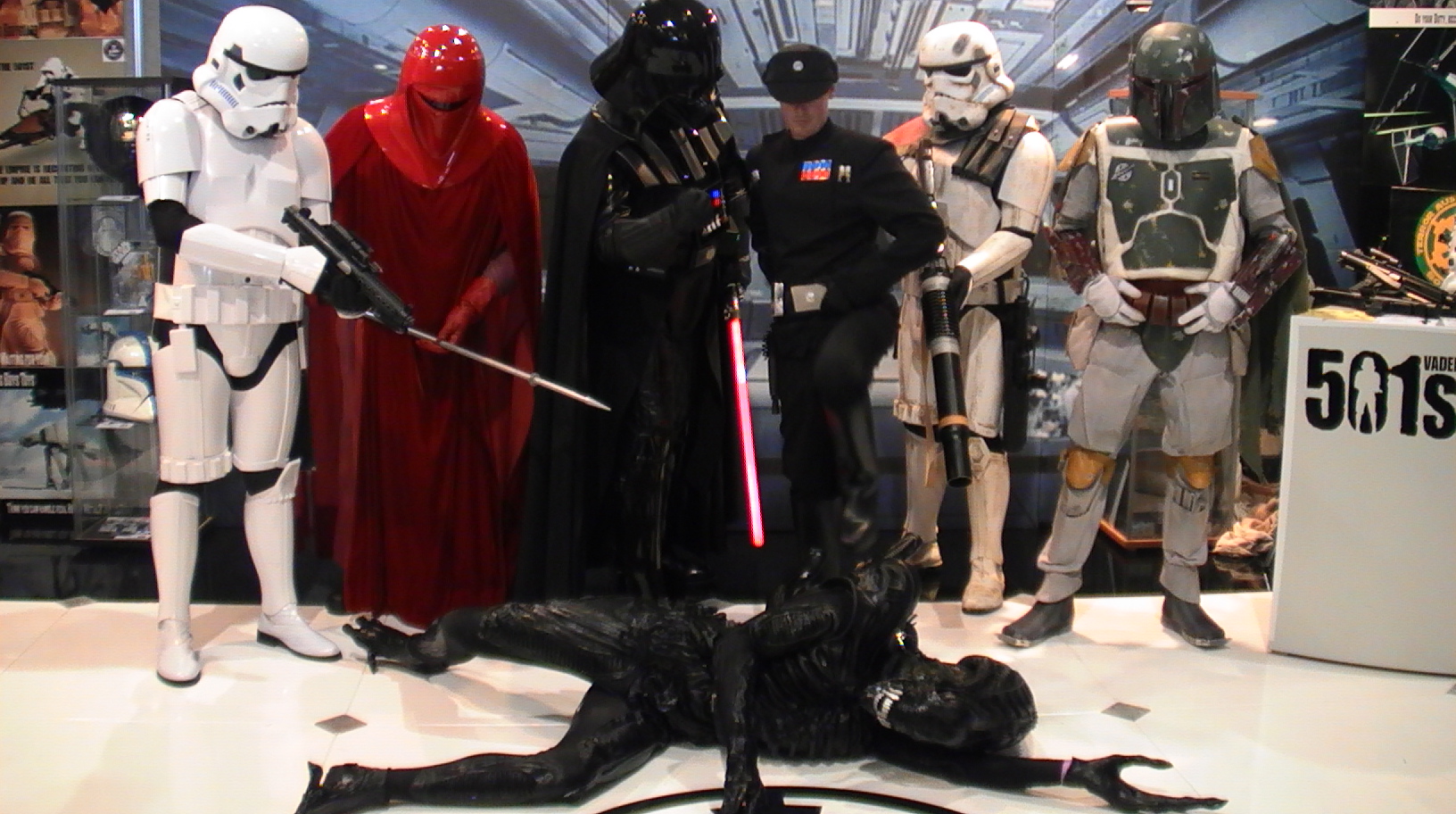 me and my mate solid snake 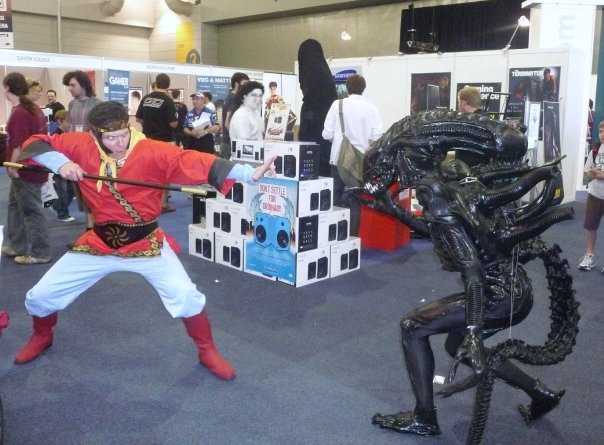 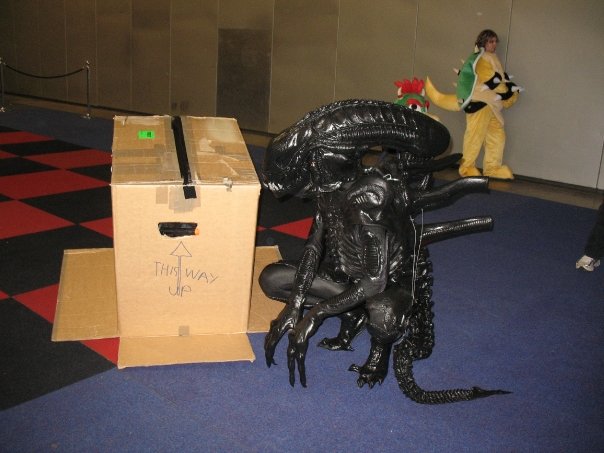 no i was wrong

one of the shots on stage 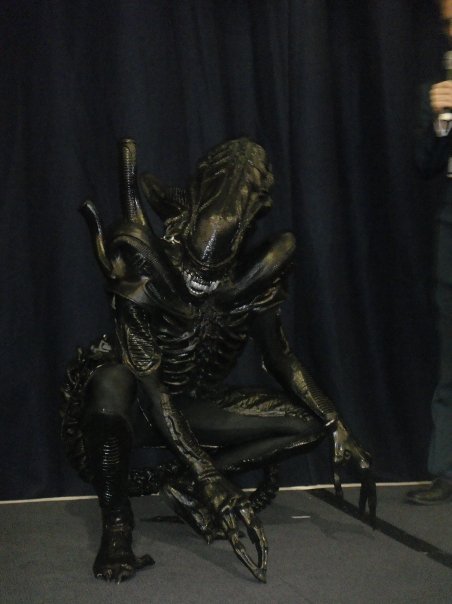 me and my little sister (shout out to "monstermaker" for the great shirt!)

For extra pics please see my facebook at
http://www.facebook.com/home.php?#/profile...amp;ref=profile 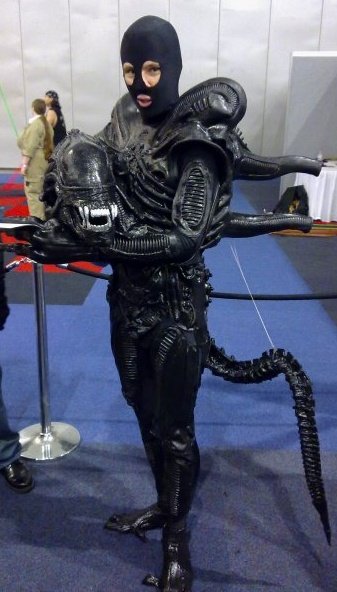 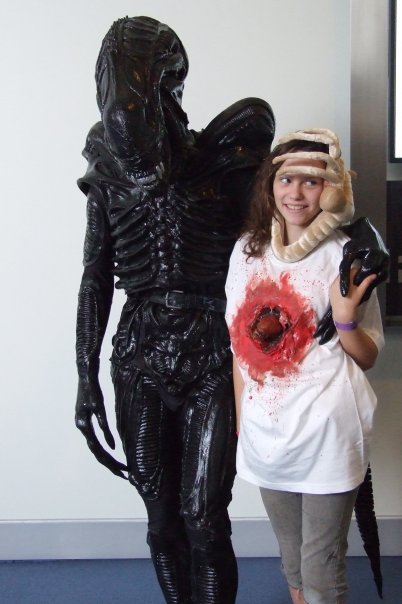 p.s.
Just to let you guys know i managed to win best costume, and won an all expenses paid trip to Sydney for the SMASH! convention.
Last edited by a moderator: Feb 16, 2015

Fantastic Alien mate, now if I can just get my marine finished seems like there a few bugs to sort out

Congratulations. Makes it all worthwhile and the free trip is a real bonus.

nick u are the man well u technically are a xenomorph there well done mate congrats on the win u more than deserved it I'm so pissed
i didn't get to see ya at gen con wish I could have gone but I'm so excited for supanova next year cannot wait its gonna be so awesome
if i can give a little suggestion the belt it was standing out in some shot's if there's a way u can hide it like painting the silver buckle black,
your suit rules but that was the only thing that didn't look right to me,cannot wait to hunt u buddy as a predator 2010 brisnova here we come

Whoho! Nice suit!
And you better stay away from the 501st, they didnt seems to like the bugs.
J/K
T

Nick -- looks really good. The paint up on the suit looks great. Congrats on winning the contest!

I found out on the first day that my belt was slipping a little at first so i had to readjust it, unfortunately later on i found out that it had left a 20 cm wide bruise across my back (whoops). But i got the belt under control now so now more belty stuff-ups.
D

looks wicked , just waiting for my alien from chuck to arrive wwoooooooohooooo

Nice suit and congrats on the win!

Thought i'd throw up (not literally) a few more photos from my last con, these were taken by my sister with her really expensive camera and they turned out great. Im installing speakers into my shoulders this week with looping mp3's playing from a 2gb mp3 player attached to my belt. Also im in the process of getting a "drool" system which will use 'mcdonalds milkshake thickener' to give an even slimier look to the mouth. 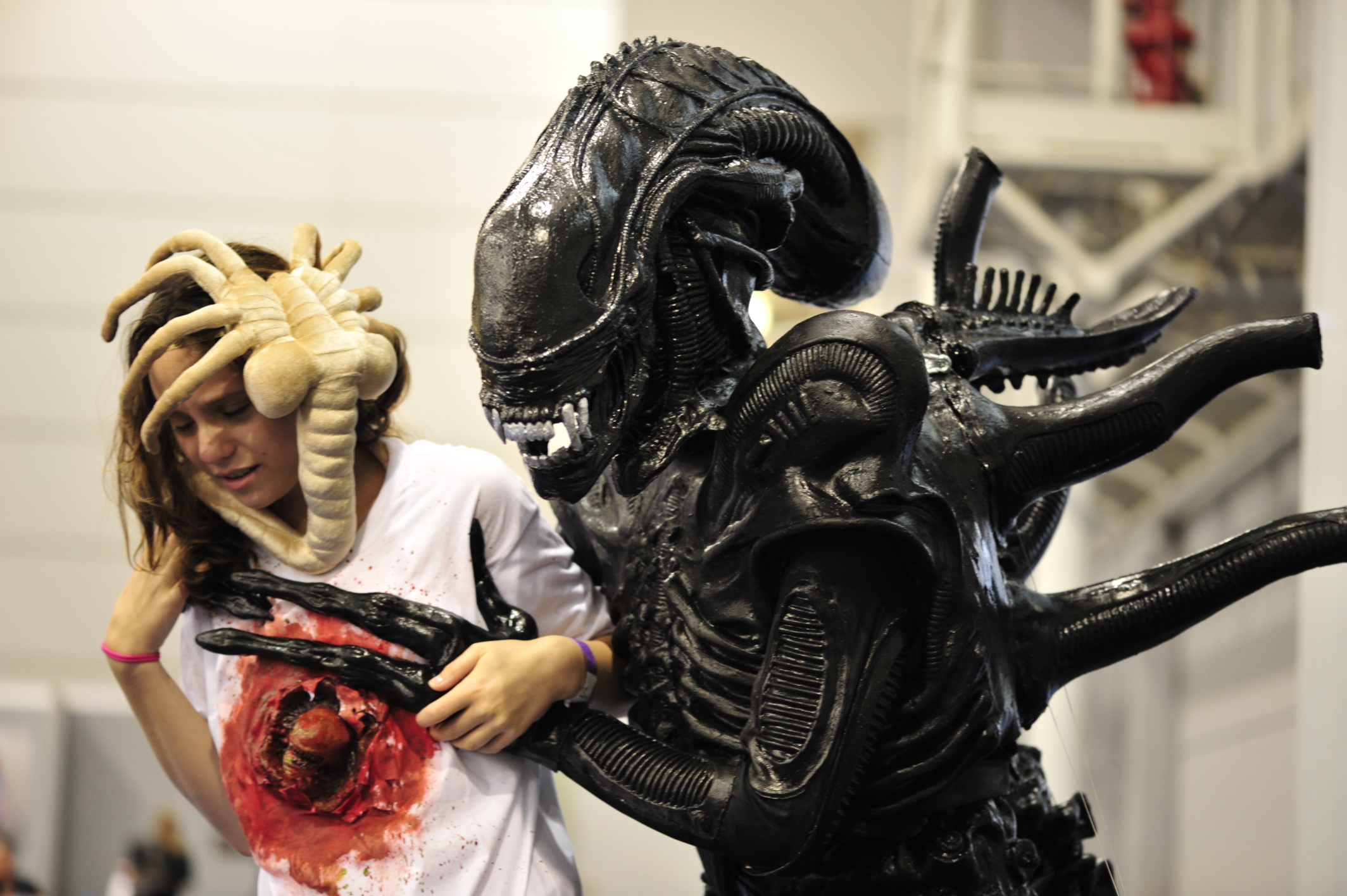 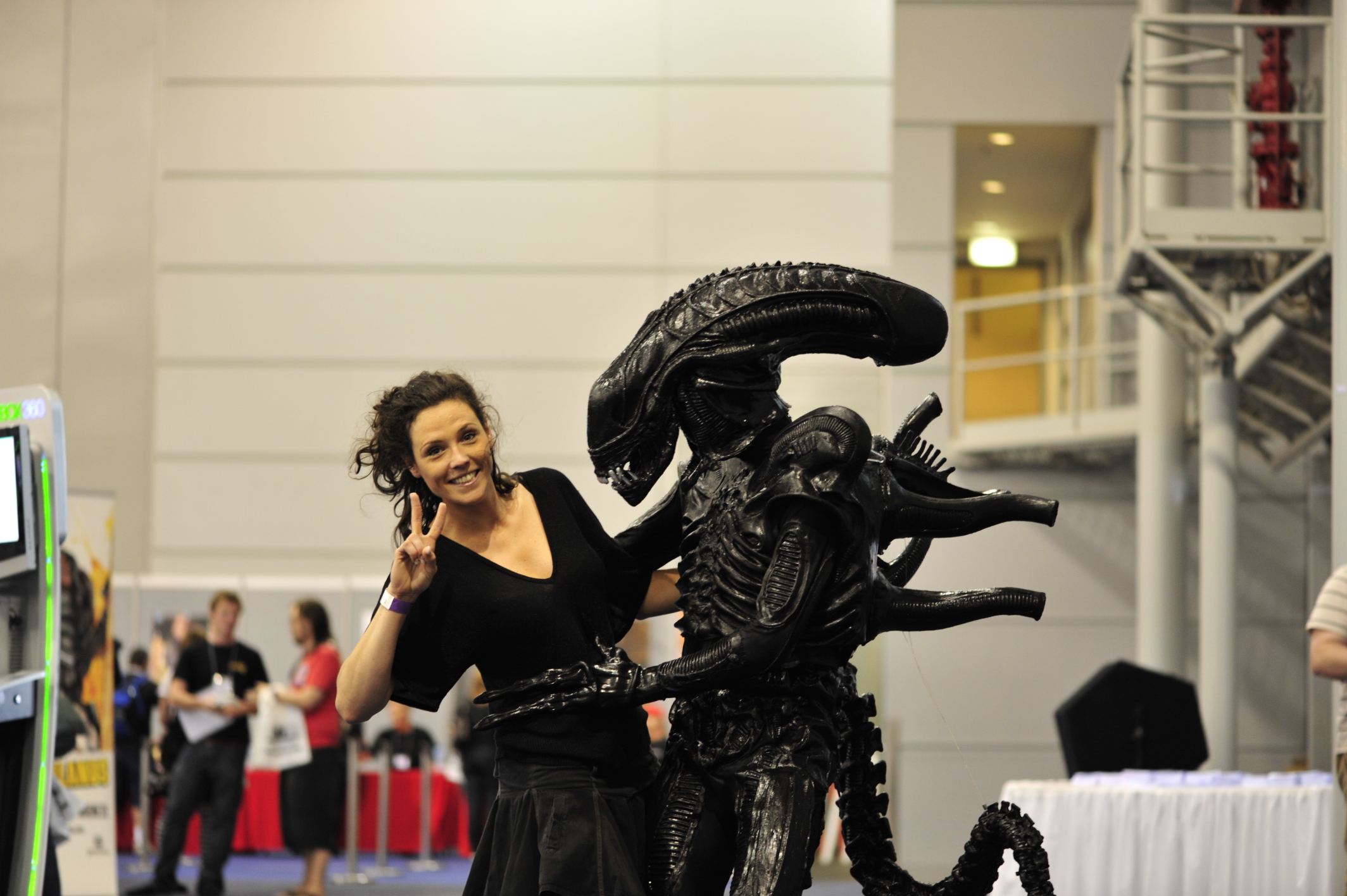 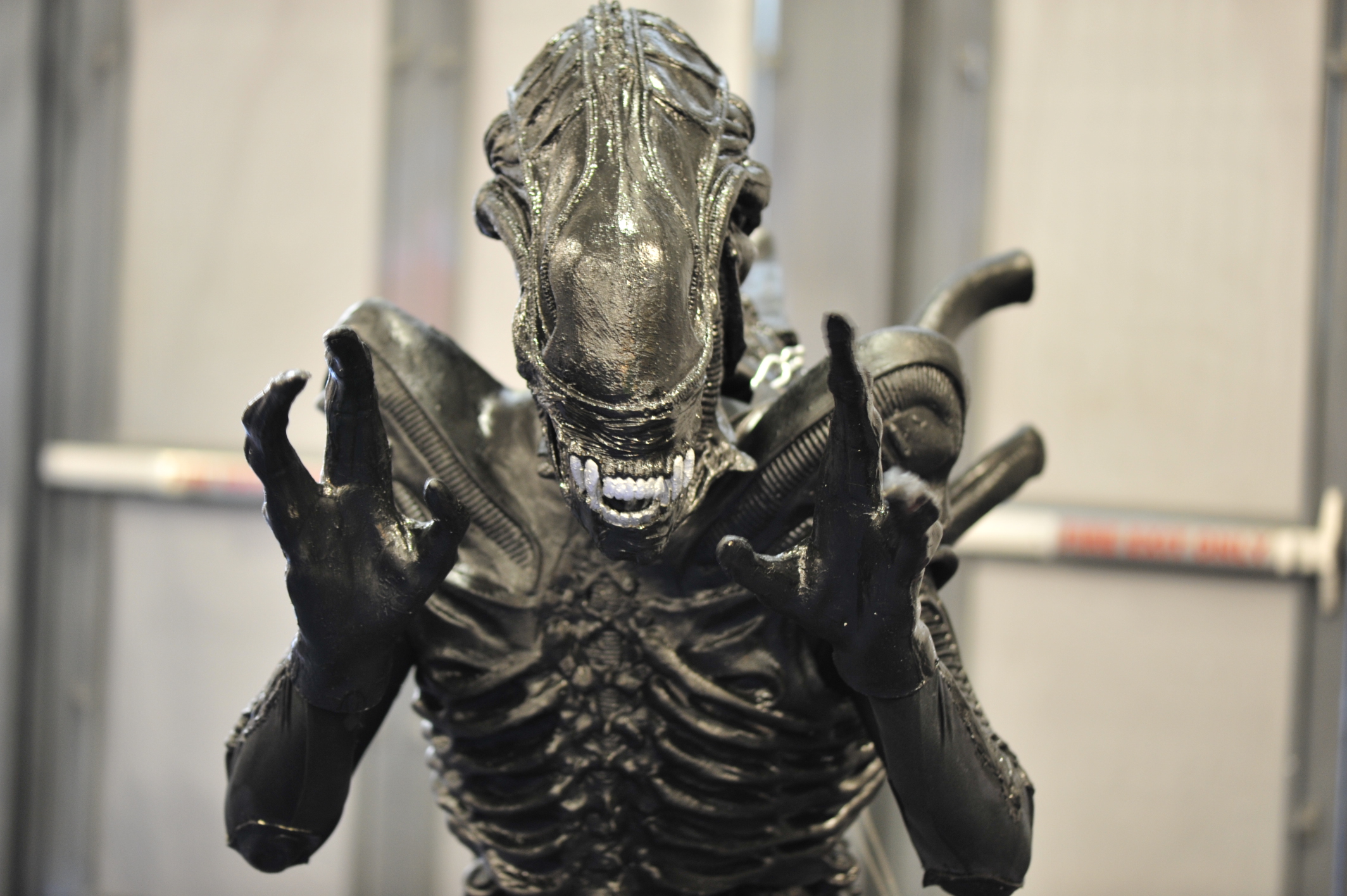 My big sister, with little sister operating the camera
Last edited by a moderator: Feb 16, 2015

Great Costume. I couldn't resist. MST3K is one of my favorite movies... 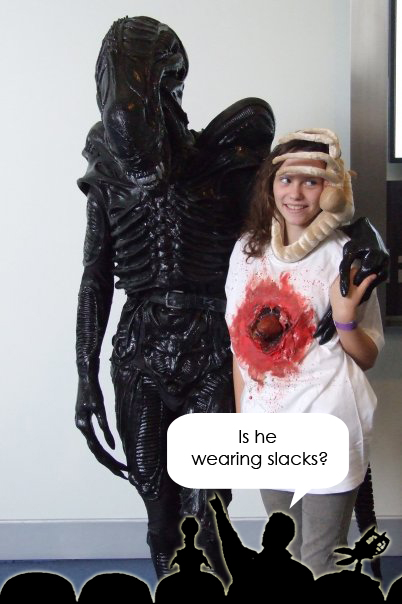