i know you guys have seen a glimpse of this but...

this was included in there newletter they sent to me today, im pretty sure it's the right scale ( some of you were sceptical) and looks damn fine! 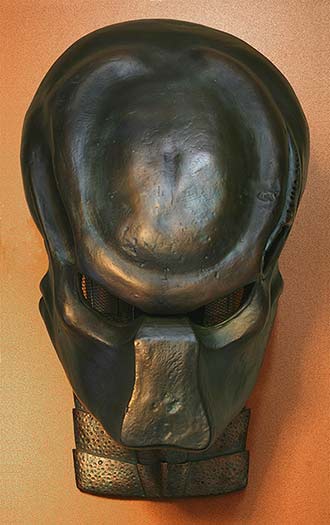 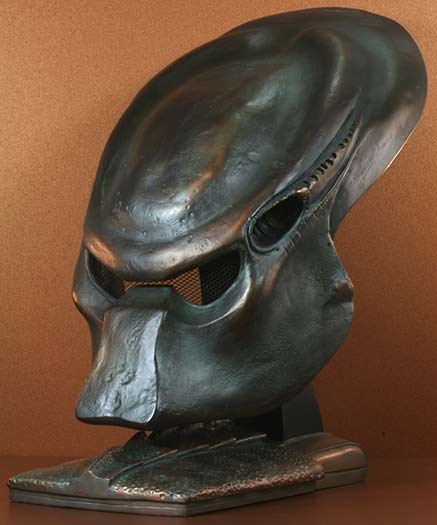 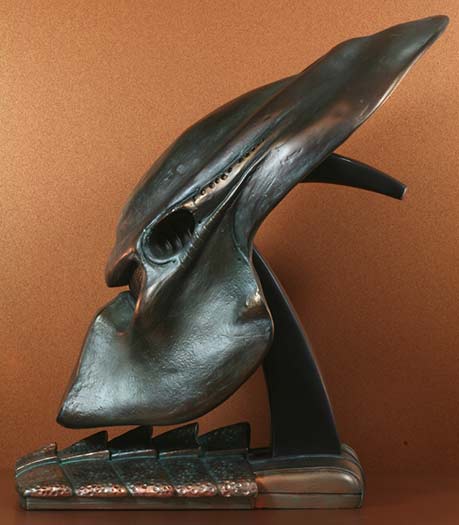 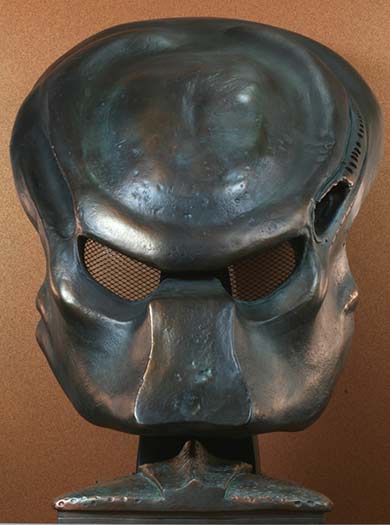 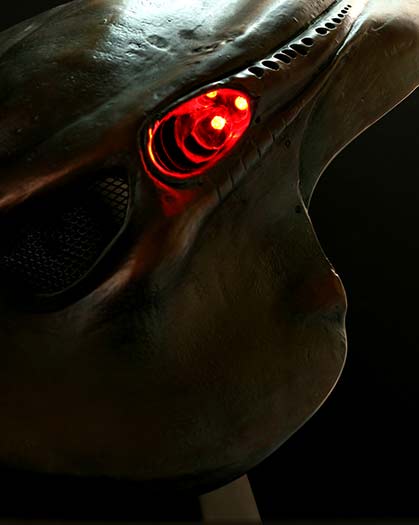 complete with targeting led's and wire mesh for the eyes ( no paper huh huh
the stand looks like the same kind of concept, and the price is the same as the sideshow bios, (but not made by sideshow and im gettin one i got my fingers crossed and have faith that this will be worth the cash.

oh by the way, sorry, for those of you who don't know what hcg is, thats the hollywood collectors group you may have to sign up for their newsletter to order it now, (some kind of pre pre-order) theres only 1000 of em being made and i think we'll be pleased, hope this lightens a few of you guys' days
Last edited by a moderator: Feb 16, 2015

now THAT, is a Predator mask.....er, 'bio helmet'. Seriously, that's what I'm talkin' about! Any idea on how much?

Its $299.95 direct and should be available to the general public soon. I do prefer the hero colours on a P2 (more golden/metallic) but this thing really looks the part imo and will deffinately be mine I also like how they have made the stand look like the P2's cannon... Lets hope they plan to re-release their P1 bio in this simplified fashion, that would be a quick seller i think.

Python said:
Its $299.95 direct and should be available to the general public soon. I do prefer the hero colours on a P2 (more golden/metallic) but this thing really looks the part imo and will deffinately be mine I also like how they have made the stand look like the P2's cannon... Lets hope they plan to re-release their P1 bio in this simplified fashion, that would be a quick seller i think.
Click to expand...

honestly im hopin so too, but yeah sorry 299.00 like i said same as the others but not a sideshow production, im not tryin to dis sideshow but i know everyone is pretty let down by the most recent release of the scar bio, this baby looks pretty f-n promising they better not **** this up or i want blood! the first two main preds are the bios im after, and hcg has a P1 bio thats all cool as **** and detailed even on the inside but comes on a half bust kinda and is almost 1000 dollars otherwise id of grabbed it up, i believe it even has real infra red lasers instead of led's. anyway yes please hollywood, re-issue your P1 bio for maybe even 325- 350 if you keep the inner details and real lasers...

The P1 from HCG has LEDs, not lasers. That P2 looks pretty good, but am I seeing things or did they not fix up the damage around the laser housing? Love the paintjob on it though, very cool.

Yeah, I already brought this up over on the Statue Forum...

For whatever reason, it appears that HCG decided not to repair the damage to the laser housing when molding the original stunt source. It looks pretty bad if you ask me.
Maybe I'll change my mind once I see some higher resolution photos, but right now it just looks like a bad cast...or like somebody dropped it on the assembly line.
S

Looks nice, I already have a P2 though...

But the stand is fricking awesome IMO

I think the stand is the best part. The stand matches the whole 2 look.

well sorry i guess that was a custom that i saw (regarding the lasers vs. led's)i did say "i think", but anyway you guys can do what you want, and im sorry if it was brought up on the statue part of the forum, i was just tryin to help...if someone out there has a better P2 bio (and im NOT being sarcastic) reach out and let us know, thanks.

and regarding the housing of the lasers (led's) the mask has sustained a few nicks and things from previous hunts could that not be what thats from? maybe i just dont see what you're talking about...

Don't take it personally dude, we're just discussing the prop, not the worthiness of your thread. I'm glad someone posted these pics as I'd seen a few of them on ebay, but not all. Also, the Statue Forum is a completely different website, not another part of this one.

As far as the 'damage' goes, all the pics of the original P2 bios that I've seen have had the outer rim of the laser housing nice and smooth. It's extremely likely that the one they used for the replica was damaged during filming or something, but it is something that I would have liked to have been fixed on a replica. It'll probably bug me on a replica.

As usual, Paul and I are thinking the same thing...

"The original helmet had a small amount of damage that obviously occurred after filming. Primarily to the little elongated holes that go back from the laser (or LED in this case) housing. The lines between the holes had in some instances broken. These were repaired at the mastering stage.
However, the small "nicks" around the laser housing were meant to be there, as they are under the original paint. Therefore we left them.
It is meant to be a battle worn helmet, used by a warrior like Alien species. It has lots of little dings and bumps, quite intentionally.
You could clean it up completely & get rid of every imperfection, but then it would look sterile & "plastic". So we tried to present it in the condition the original prop would have been in when used for filming."
_____________________________________________


Like Paul said...those nicks have never appeared on any other stunt helmet. I have to assume that it was damage that was sustained to the stunt during filming, and the crew simply painted over it with standard touch up. So, yeah...I would rather HCG had repaired it at the mastering stage. Those nicks kind of make it look like the replica was damaged during shipping or something.

I'm still on the fence on this one.

hellonearth said:
if someone out there has a better P2 bio (and im NOT being sarcastic) reach out and let us know, thanks.
Click to expand...

Well as for an alternative (better remains to be seen ) Hez does a nice Hero P2, il be getting one myself at some point... Check out his thread here.... http://www.thehunterslair.com/index.php?sh...912&hl=hero

well i apologize hez i havent been on here long enough i guess to know that you are the man to go to if i have a problem....

BENSIN said:
now THAT, is a Predator mask.....er, 'bio helmet'. Seriously, that's what I'm talkin' about! Any idea on how much?
Click to expand...

dude you can get the same on ready to paint full scale for£40 on mysteria.co.uk

scarface said:
dude you can get the same on ready to paint full scale for£40 on mysteria.co.uk
Click to expand...

scarface said:
dude you can get the same on ready to paint full scale for£40 on mysteria.co.uk
Click to expand...

No, you can't, This HCG bio is moulded from a screen used stunt helmet so the cast atleast will be as close to perfect as far as the P2 bio is concerned that weve been offered so far.... until a hero comes along maybe.

i would imagine FP and FPI will follow siut with similar prices?

Maybe they got confused by the US date system? That could mean August 5th, 2009. We sensible people would assume it was the 8th of May...though that still seems early given the '4th quarter' prediction on HCGs website. Still, it would be awesome if it showed up early.