I've been working on this repaint for, I'd say, over a year now (that's terrible). Really, I don't get much time to work on it because of school, but now that I've lost my job I have more free time for fun stuff.

Anyhoo, I pulled out the old manual camera the other day, and decided to mess around with it and take some pictures for fun. Once the body is finished, I plan on taking much better photos of it. But, until then these were just for fun. Alright, on to the business. 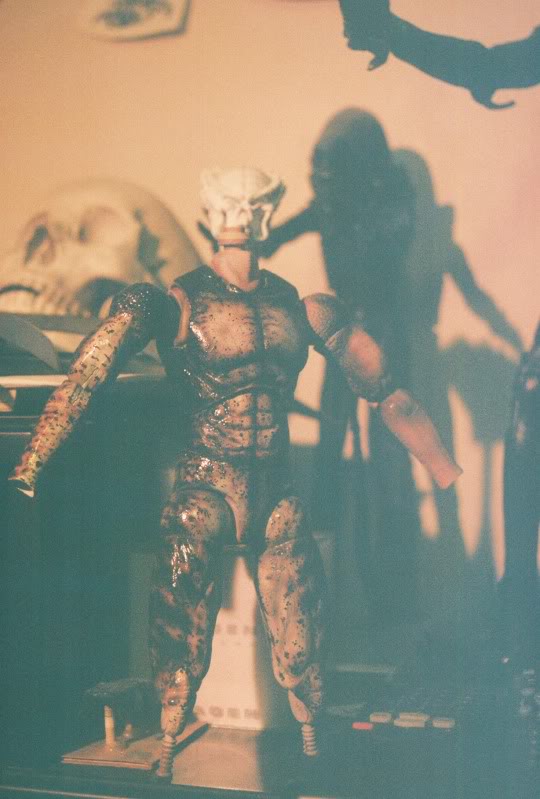 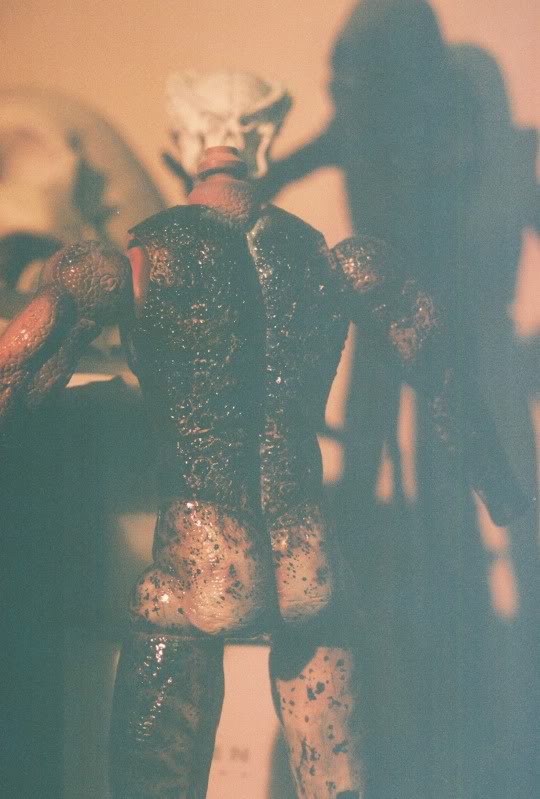 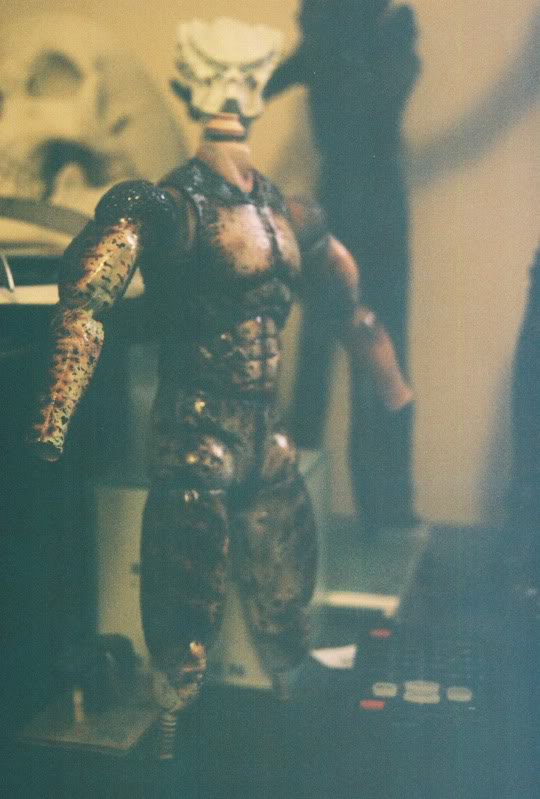 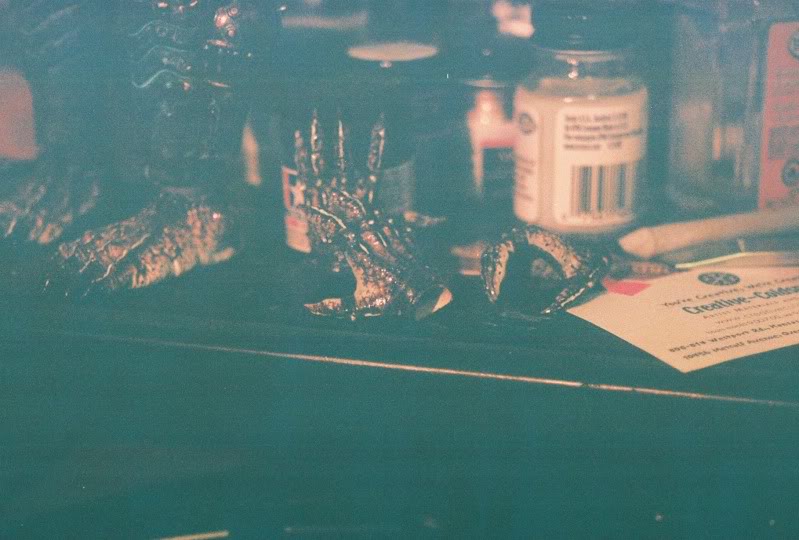 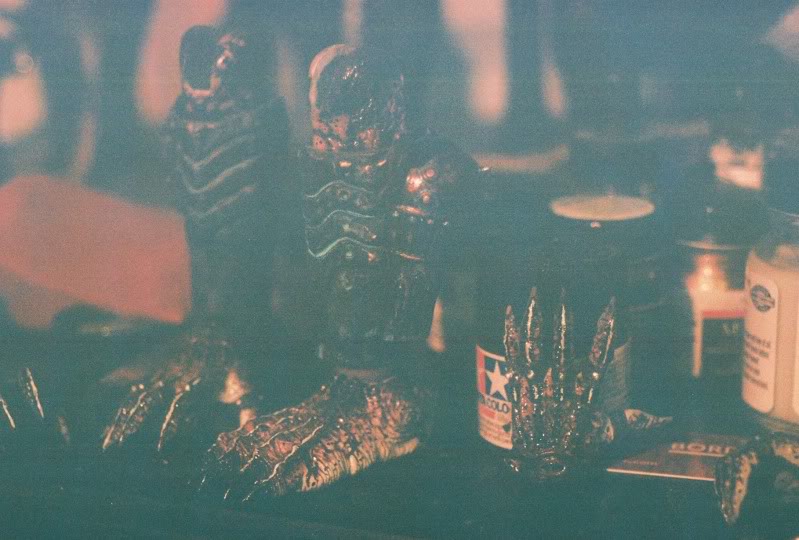 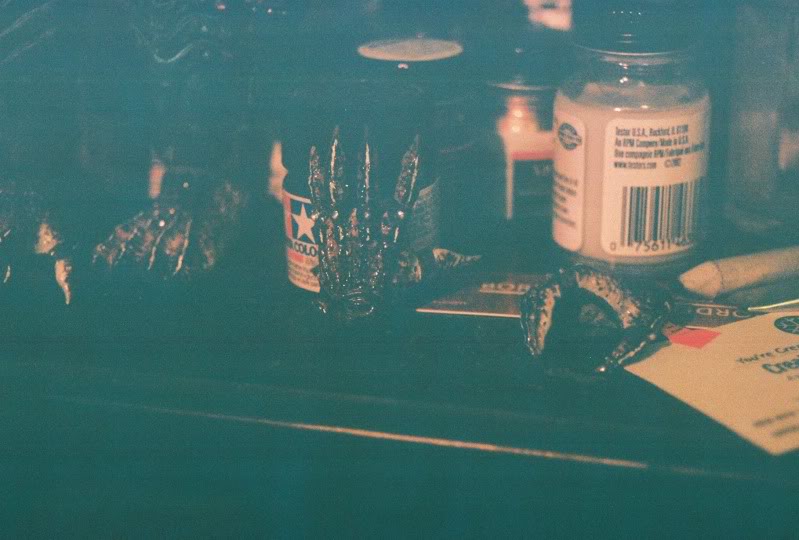 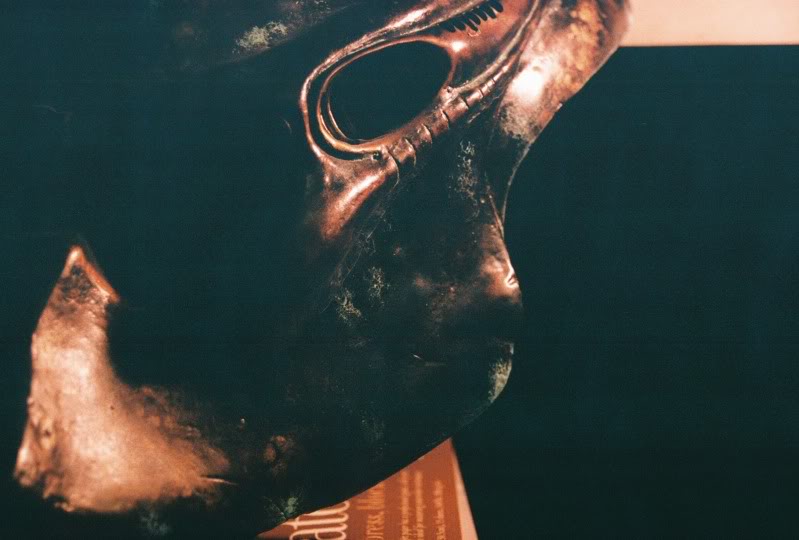 I think the effect is really cool. But, you can't really make out any of the paint details, so I guess they're just elaborate "teaser" pics. Like I said, once it's finished (the body) I will post much, much better pictures with a list of all the paints, inks, and the clearcoats that I used on it. Through trial and error (that **** gets expensive!), that is. Hehehe. What'cha all think?

Right on! Looks good even with the fuzzy photos. Love to know what stuff you use also, will wait for a update. Great job, and it's people like you and others here that help motivate others to do mods, like me.

I can the detail - just like your drawings. The paint fading and small spots are excellent. Looking forward to macro pics...

dude, even with the quality of the pics i can see that THAT is AMAZING WORK MAN! seriously, completely f'n sick!! damn!

look forward to the updates!

Been waiting a long time to see this Rob

i mean seriously, i have repainted two different hot toys P2's, 3 different times and never got close to what i thought was even "acceptable". i have a fresh one waitin for me to f%@k with, and dammit i may have to use yours as an example, most good things do not happen quickly, so i understand this year long paint job, trust me, it was worth it, i can only imagine how good it looks in proper lighting and camera frame. seriously, nice job buddy! i am truly jealous! get those "better" pics up!!!!

I can't see any pictures...

EDIT: There they are! Now thats a paintjob!

Rob my man, this is so sick. The paint job on the skin so far is really bringing it to life!
B

OMG! That's so freaking sweet! I wish they would paint em like that in the first place for as much as they cost. Good job !

Well alrighty then! I played around with my new camera, and I think I got some pretty decent shots of the calves/feet and hands.

What'cha all think? The torso is downstairs drying, and it'll be a bit before I take a pic or two of that. 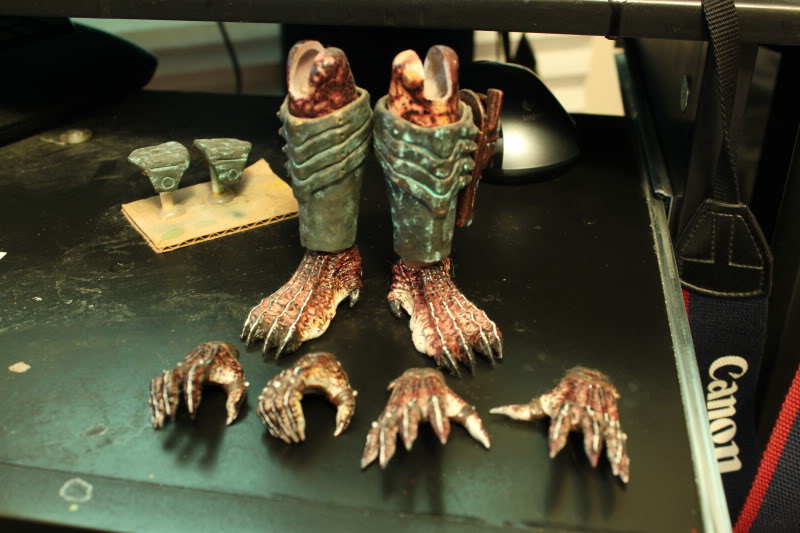 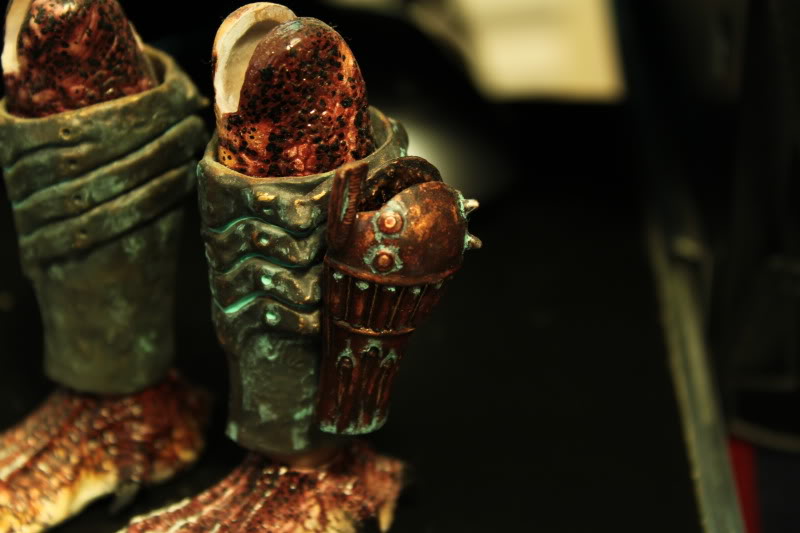 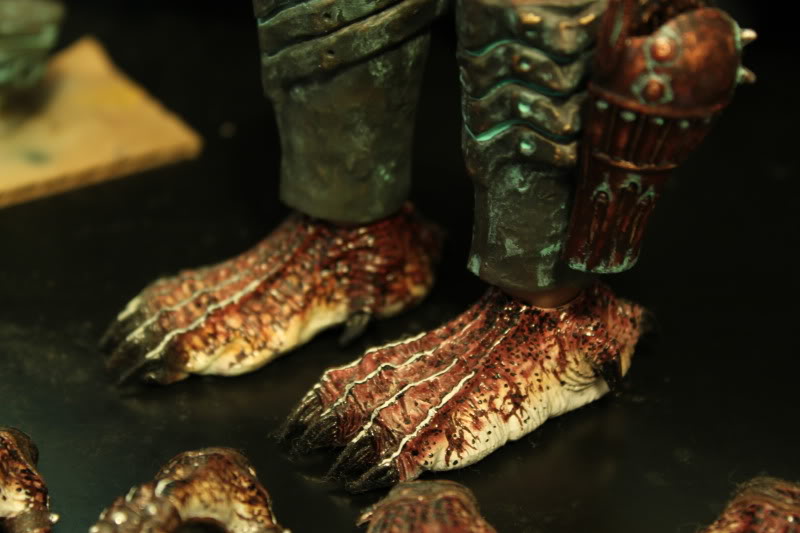 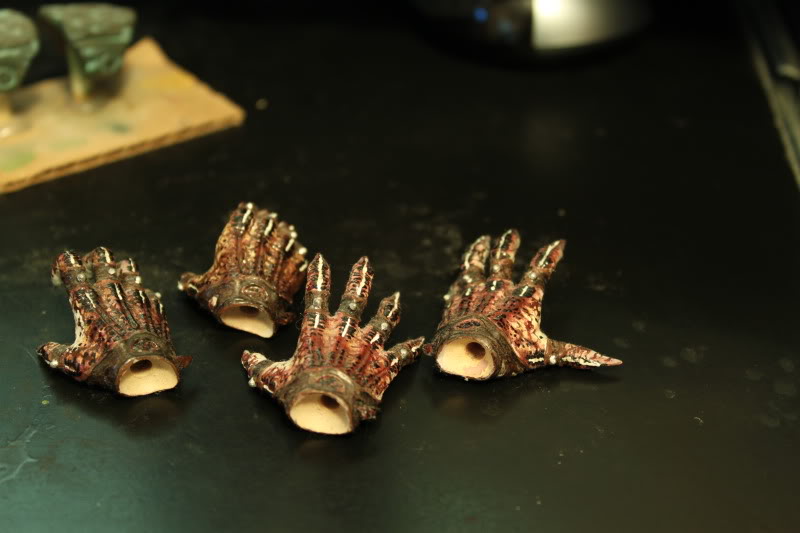 Rob:I thought it was a cool paint up on the previous pics but now that you have taken this new pics I'm jkust dumb founded at how real the paint job looks on those pieces!
Man, first you blew me out of the water with that P2 bio paint up and now with this..Great job Rob!
Oh and just to echoe what Lee said before.YOU NEED TO PAINT MORE KITS AND PROPS!!!!

Hey, who shrunk P2 and dismembered him?!

Now THAT... looks awesome. Get those other pics up, dude! Are you going to repaint the head as well?
S

NICE WORK! Can't wait to see it all done.

rob, i've looked at this thread at least 5 times since you updated it. but haven't said anything new because.... i was litterally speechless... and still am.

should've known your level of detail would transfer into whatever you do, whether it's pencils, paint, whatever. you gotta be oozing with talent! that's incredible! nothin else to say. looks like you shrunk the mothrfuckr!