A good addition to the collection of course. Its not arrived here in the UK yet but its on its way.

Does any one overseas know if the Super black Pred hot toys figures are taller than the standard ones?

I believe i've seen NECA figures where classic Pred is smaller so just wondering if anyone can tell me?

It's taller but not by much; about 5mm-1cm taller than the P1.

Aye it is slightly taller. I cant see you pic cos my works computer restricts content but I can post my own?? Cos that makes sense!! So if my pic looks exactly like the one youve taken then we will just put that down at "great minds think alike" Cheers for taking the time to reply though mate 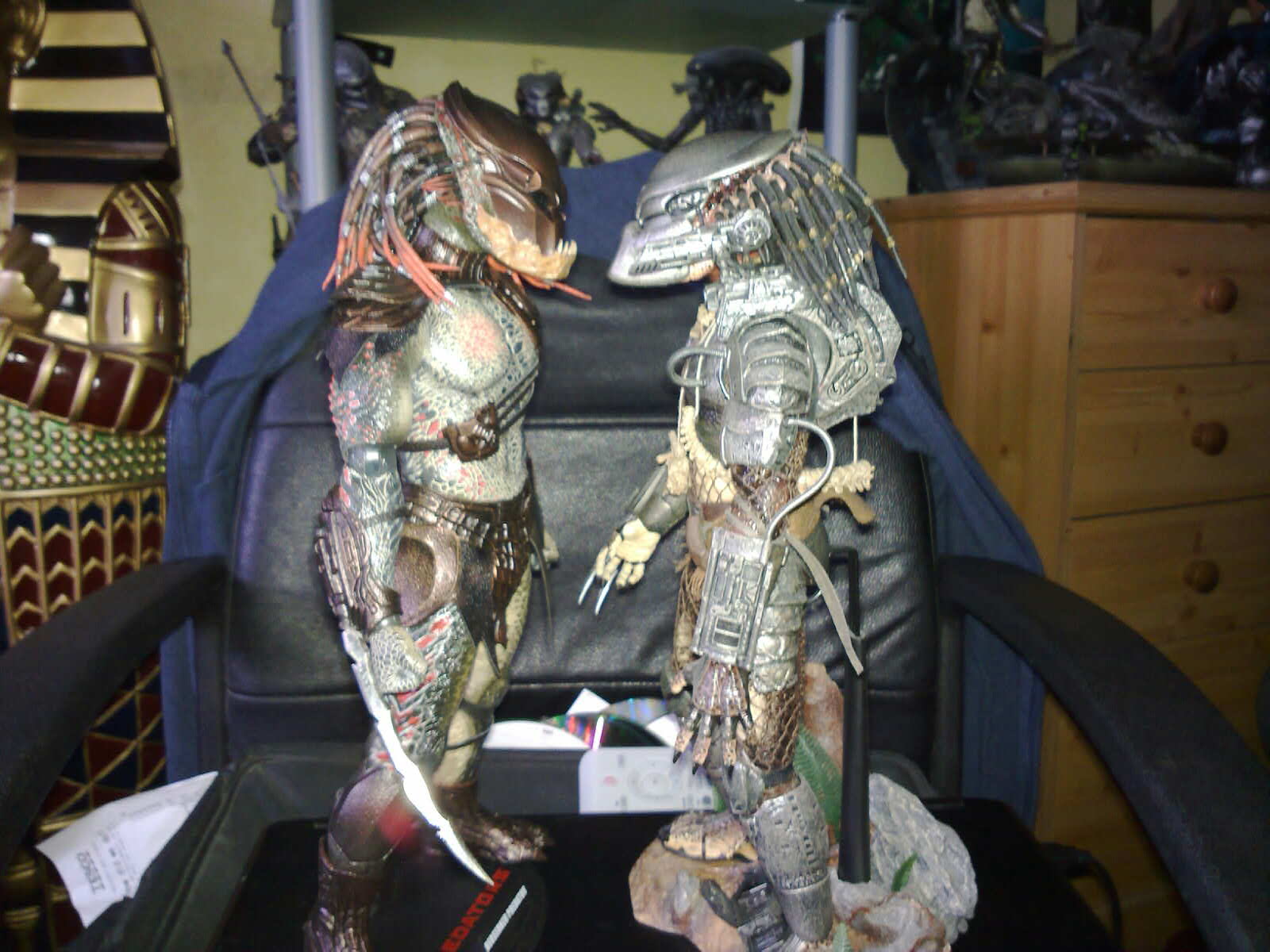 I didn't upload a pic anyway!

I've just received my Berserker, and I've got him positioned next to my P2 figures. He's the same height as they are. His helmet adds maybe a millimeter of height, but that's about it.

I'm debating on whether or not I want to re-paint him. The paintwork is a lot better than my P2 figures. The sculpt is also leaps and bounds beyond. I'd like to see Hot Toys go back and re-tool their P2 figures, but that's just wishfull thinking.

*Oh yeah, I must've received one that managed to escape quality control with a functional "helmet light-up feature." I've heard this is quite uncommon, as most seem to not want to work at all.

Ya the height thing should have been worked out so that he was taller, but as long as the paint looks decent I'll be happy. Overall, are you happy with it Rob? I should have mine here in a week or two...
S

Not going to paint mine, just set him on the right side of my PC monitor, facing the P1 on the left.

The paint work on this one is pretty good I think. The armour and dreds aren’t anything special IMO but the body and head are done better than any of the others.
R

pretty good,dont worry so much

ralary said:
pretty good,dont worry so much
Click to expand...

He'll be fine.
Welcome to the Lair
Since you are new here i'll help ya out.
Throw a post in here http://www.thehunterslair.com/index.php?showtopic=20822 to get the ball started.
Enjoy your stay

Robillicus said:
*Oh yeah, I must've received one that managed to escape quality control with a functional "helmet light-up feature." I've heard this is quite uncommon, as most seem to not want to work at all.
Click to expand...