Well, after a year of staring at the airbrush all shiney and new sitting in the box, I decided to give it a go. I've shot a little paint through it a couple of times at paper, but had no clue beyond that. SO - I jumped into the deep end, and when I did, I really thought I had screwed the pooch. Seahunterr did an awesome job on my skin for Comic Con last year. However, after ComicCon, Long BeachCon, Atlanta Con, and being shipped across the country and back, the paint took a beating. I figured hey - here's a great opportunity to learn. So I covered the entire skin in Prosaide..... stepped back and thought Holy Crap - what did I just do?????

In a panic, I contacted Seahunterr (Gene) to see if he could rescue me with a repaint - without hesitation he would step up. NOW - I figured what do I have to lose??? I plugged in the compressor and went at it. It took me about 4 hours start to finish - prosaide to permawet.

Here's a pic of what it DID look like: 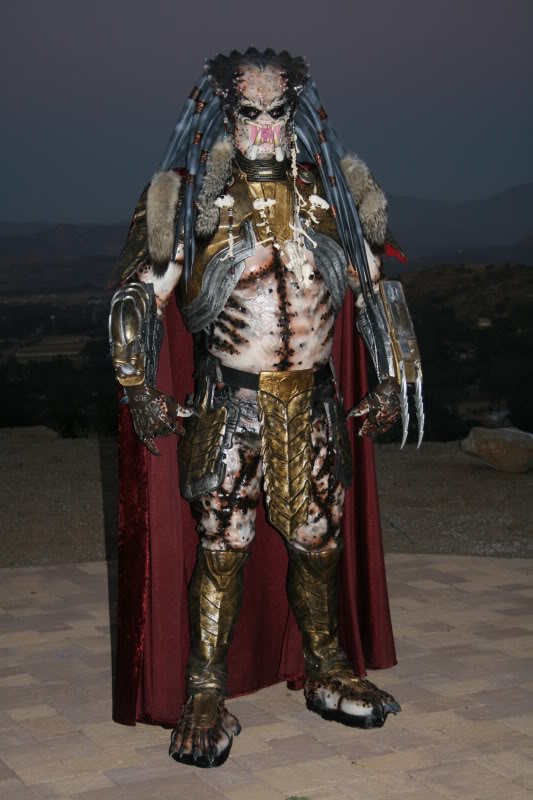 And here's some pics of it now. It's a bit darker which I'm ok with since I basically just covered what Gene had put on it. I know I can come out lighter if I start with a fresh skin: 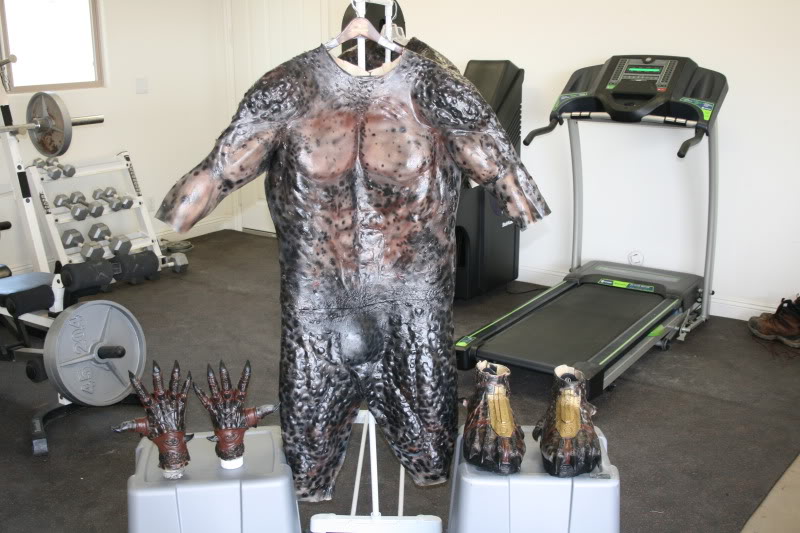 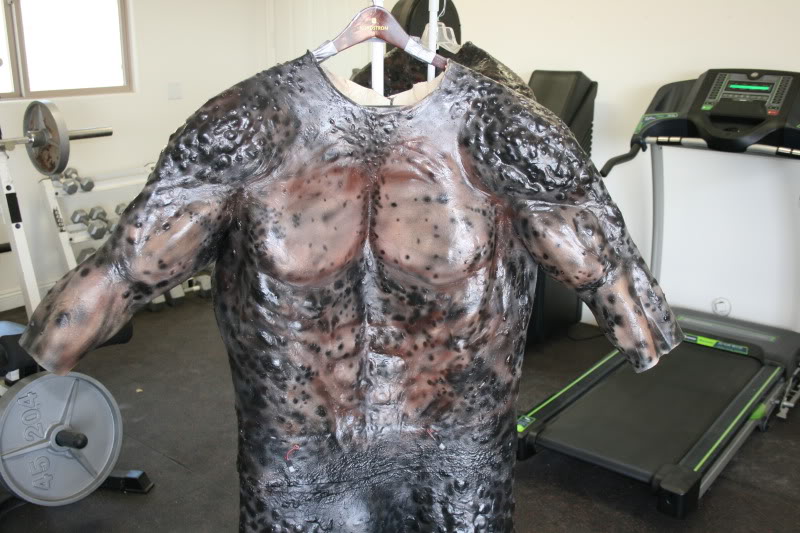 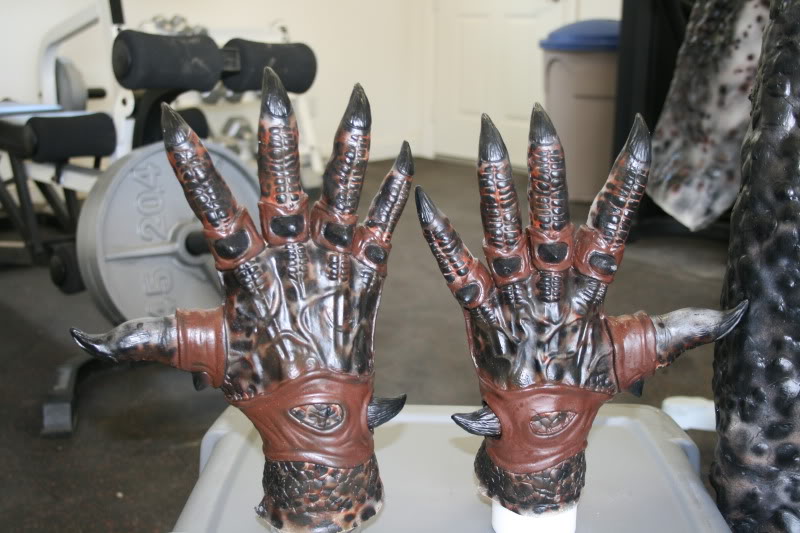 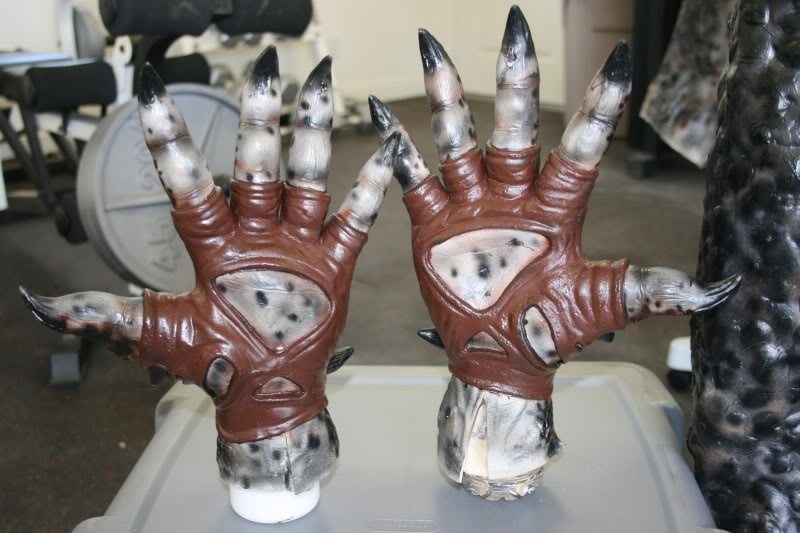 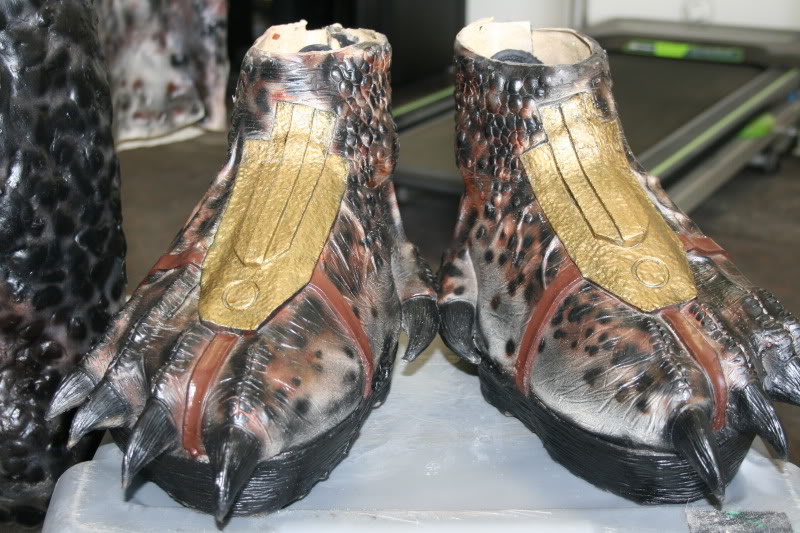 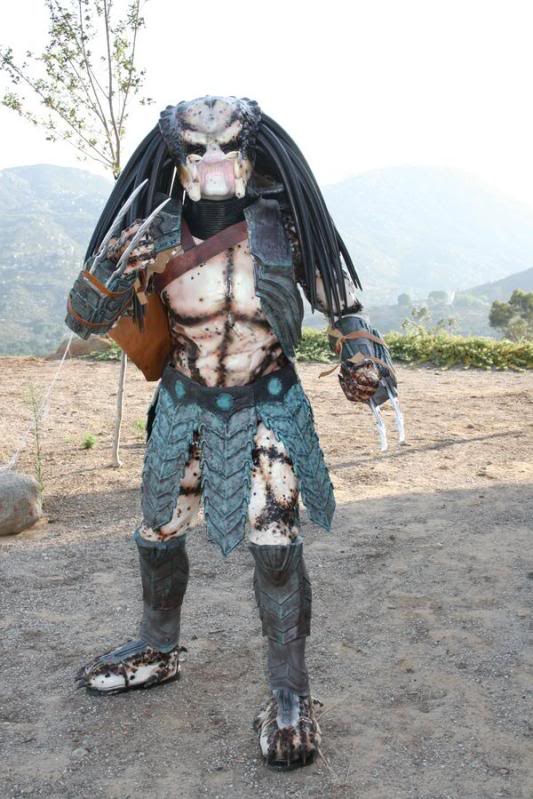 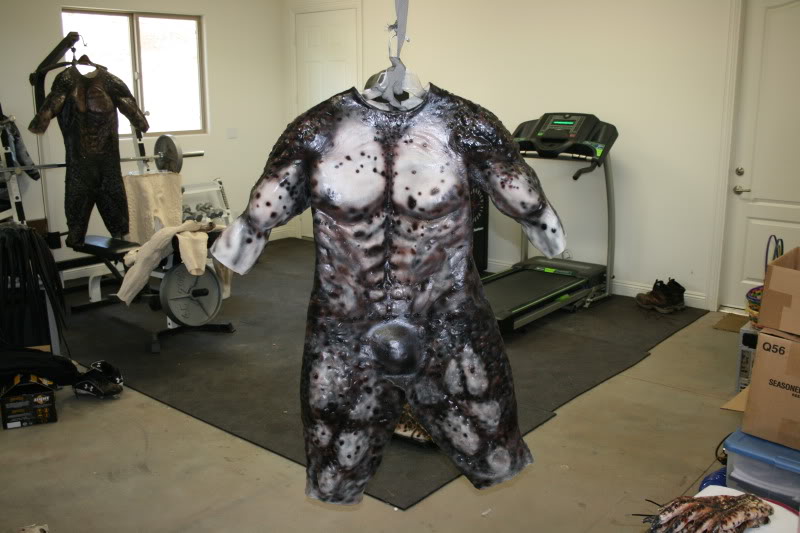 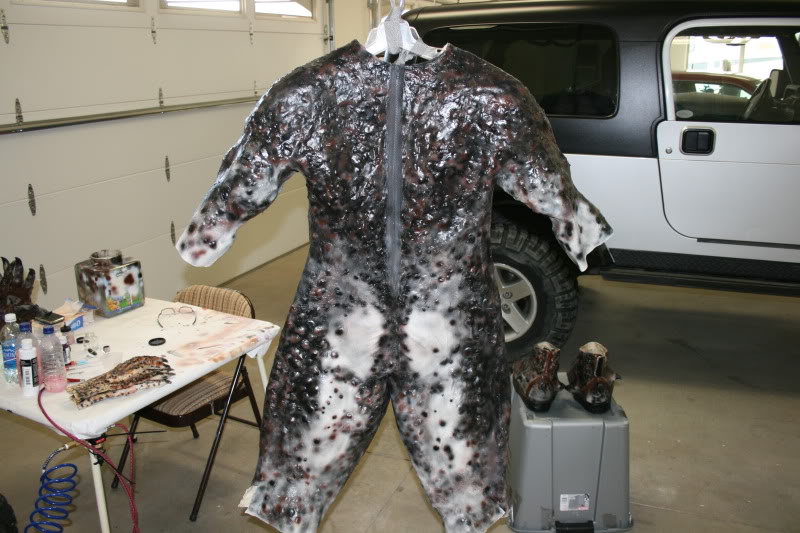 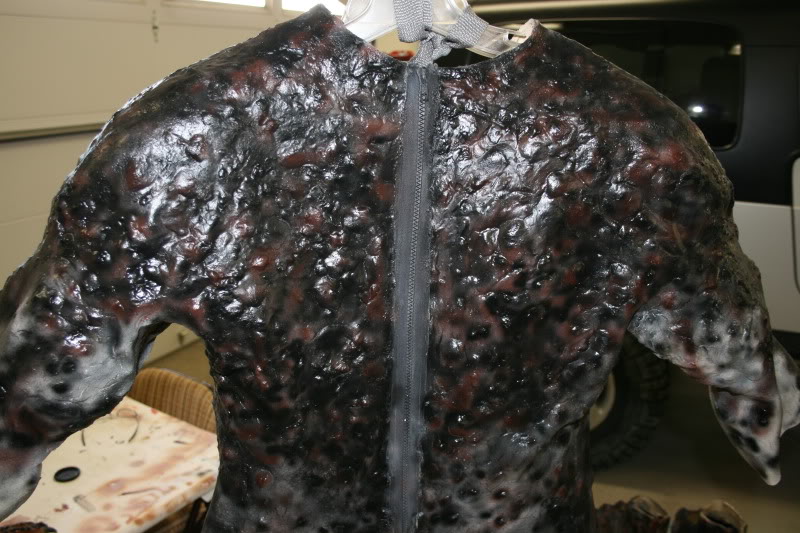 His hands and feet will be done the next day or two.
I figured I'll take a shot at a mask next...... who knows how that'll turn out.

Hey Mate, Well done on both of them, you have to start some where and for a first attempt you've done a very good job. Now your Elder suit looks like an Elder, but if you intend to keep this color you'll have to match the head to it. Again great job for your first time.

I like it too. It probably will be close to what the "black super Predator" will look like in the upcoming movie. .'.
Last edited by a moderator: Aug 2, 2017

looks sweet man.. i like the darker tones.. did the same on my suit... for an elder i think your spot on..

glad to see more people aribrushing/sculptiung and generally trying stuff, thats what this place is all about.

I think it looks great! And man you garage is big

They came out looking good. Sculpting, painting, whats next your gonna try? When we talked you didnt say that you are a one stop Pred shop now. Cheers man!