RPF PREMIUM MEMBER
So it's been a while but I though I should document my latest helmet-build here. This time it's the Combine Suppressor aka Overwatch that I decided to make. 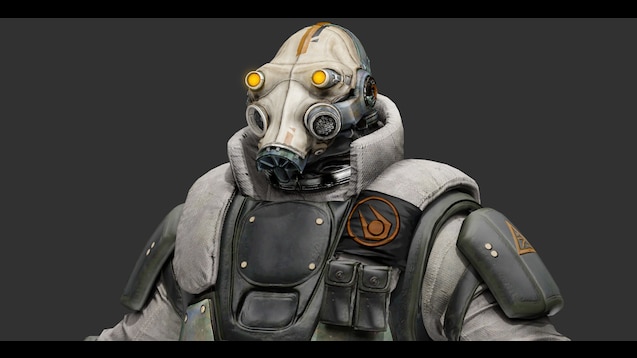 I've based my build on an extracted mesh from the game and built my helmet around that. I spent maybe 6months on and off working on the files, testprinting parts and revising the design. It's one of my more complicated builds with regards to how it assembles but in the end I think it worked out pretty good. I've spent a good few hours trying to get all parts printerfriendly without having to compromise with the design as such. One part that took some time to figure out was the neck-piece that acts as a carrier for the textile parts that in turn connects to the collar. 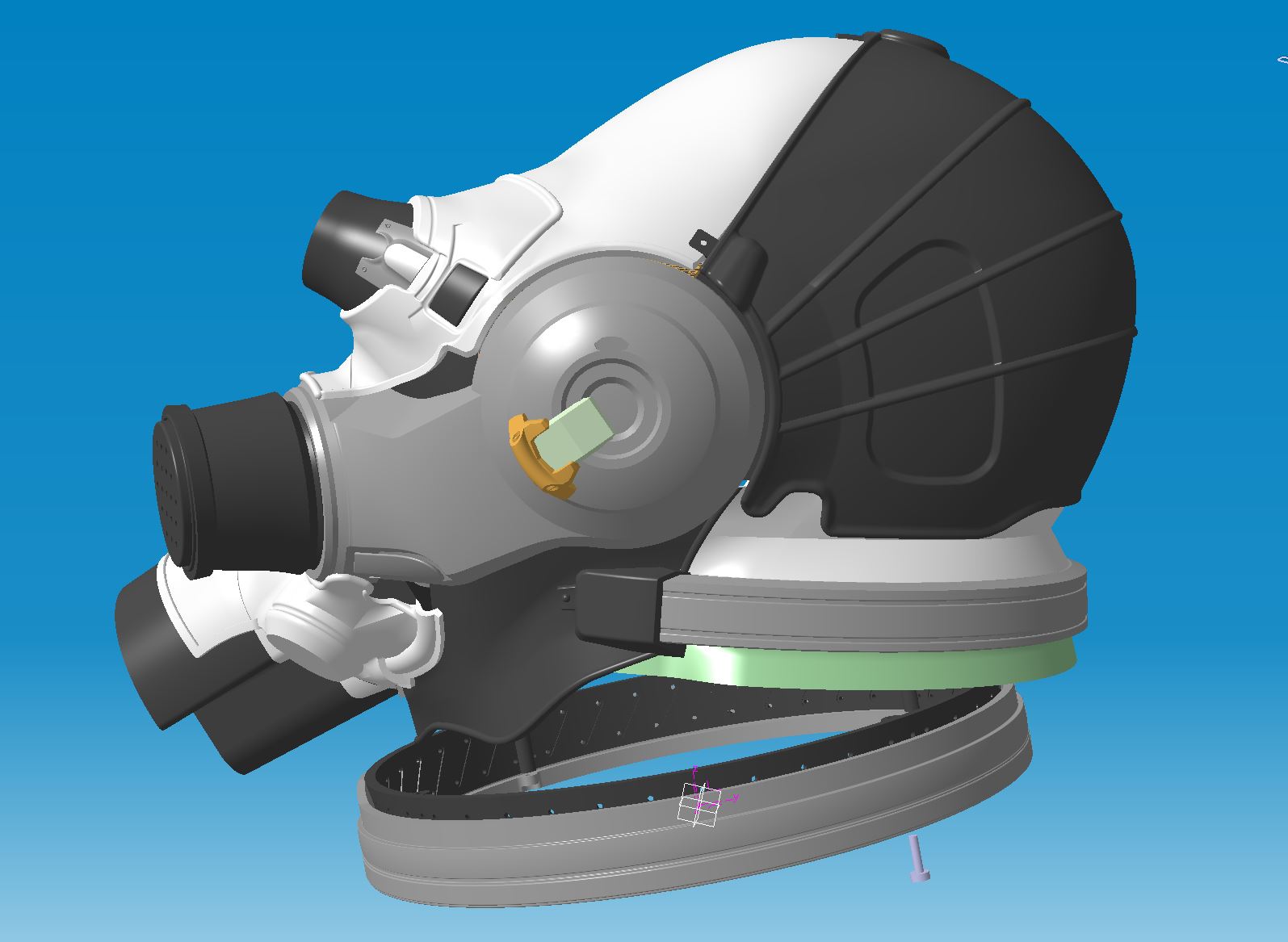 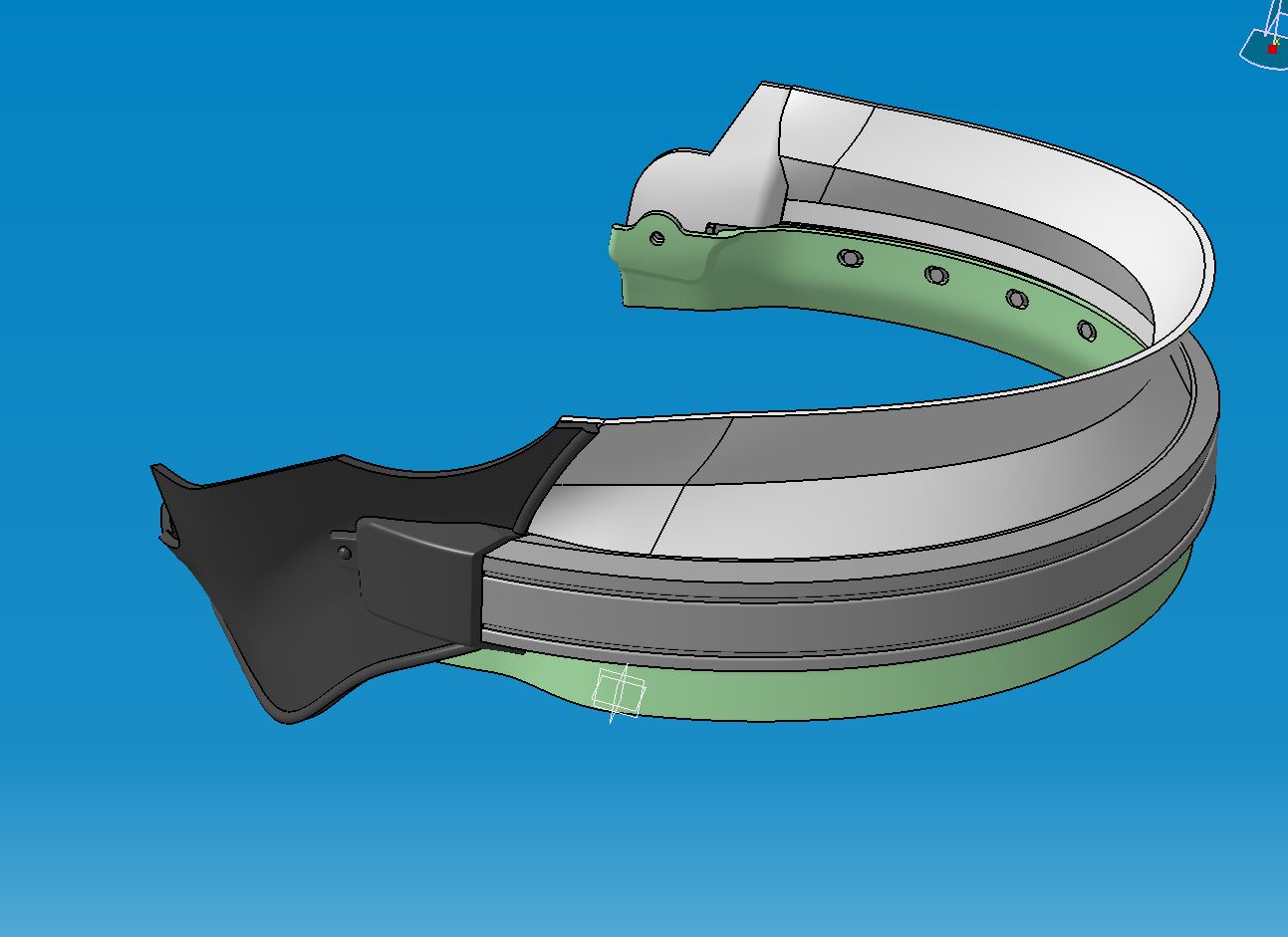 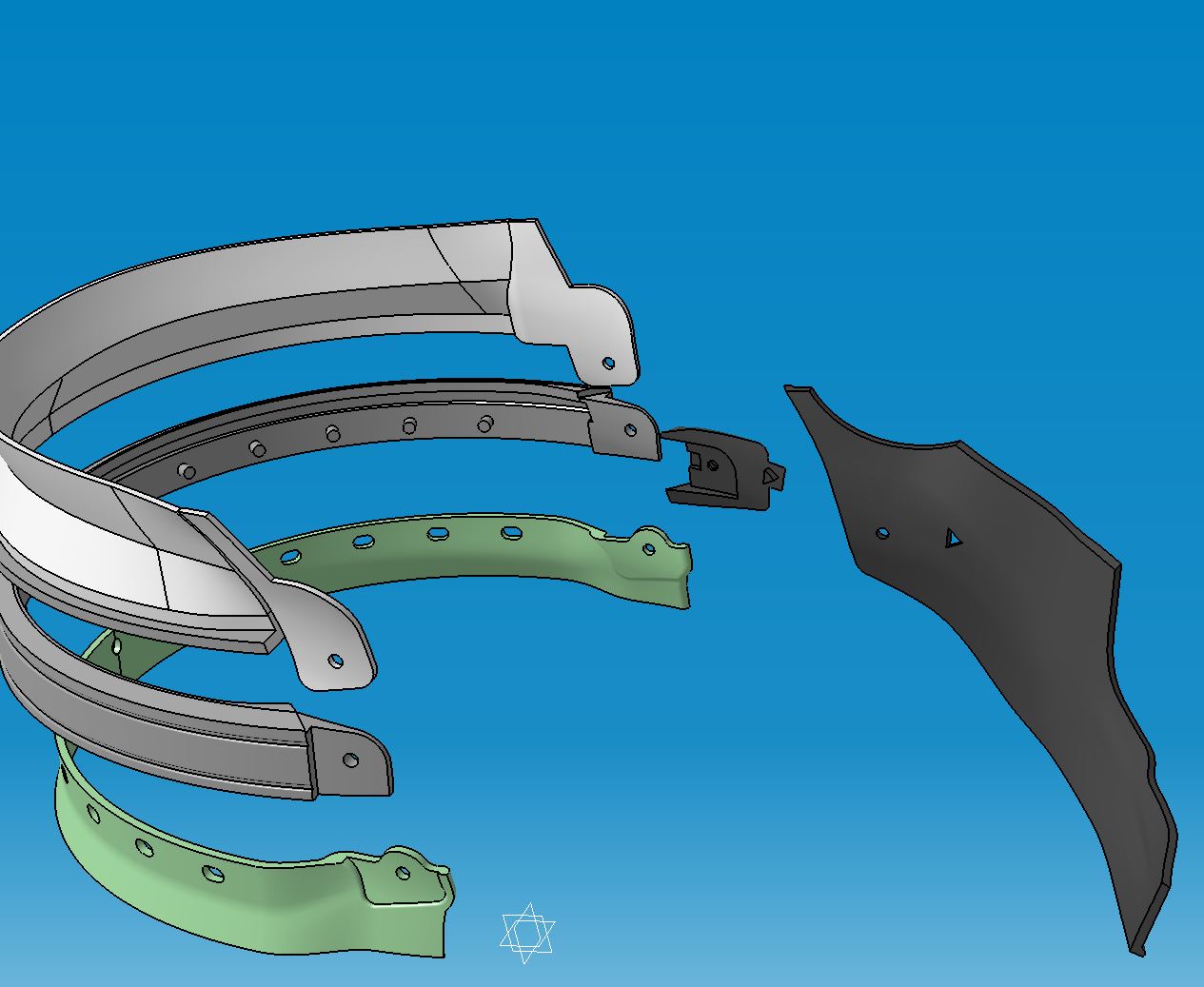 It ended up working pretty well to be honest, even though the assymbly of the textile part is somewhat fiddly.

Another thing worth mentioning and that I was struggling with finding a solution for was that I had split up the printing into a couple major parts. In this case it was the faceplate that in turn fixes onto the backplate: 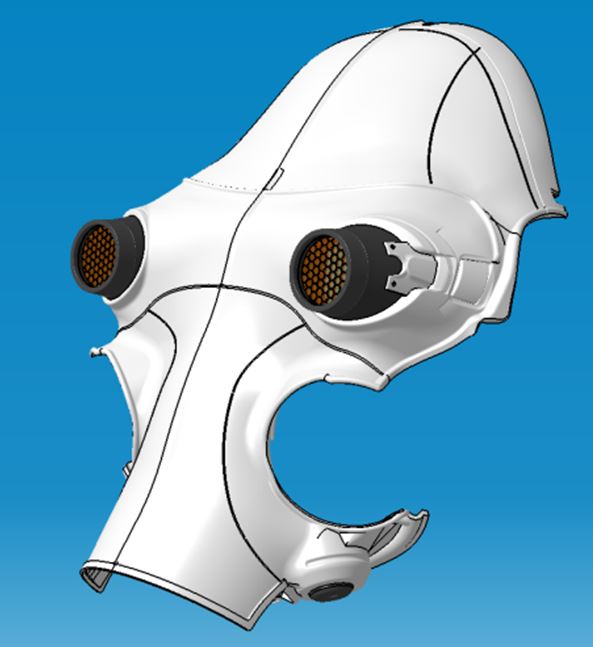 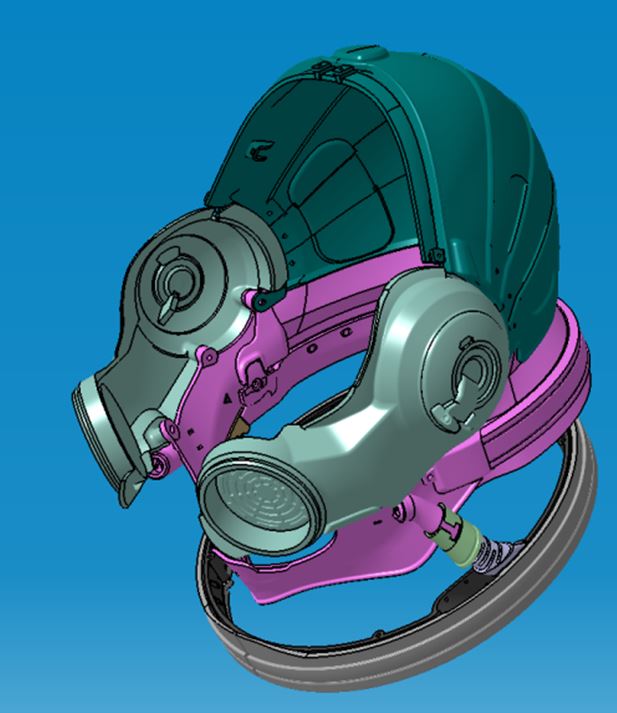 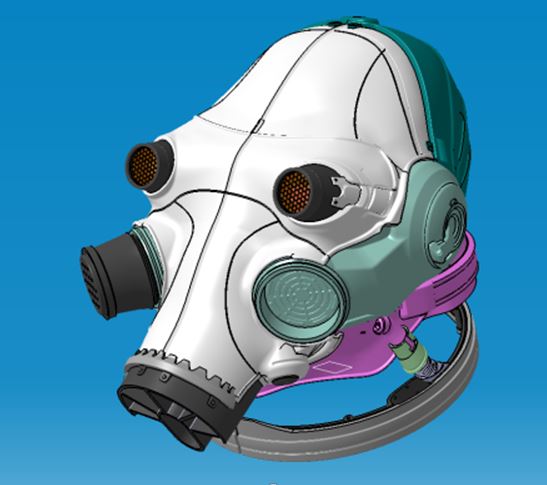 I needed a way to secure that there was no gap between the parts that could handle some force but without actually taking up any space since it needed to sit just ontop of the mask-wearers head. I had this mulling away in my head while doing other work and one day it hit me. Why not use zip-ties? The idea was to use one pair to strap the parts together, one complete and one the only contained the head. It ended up working quite well and this is one solution I feel pretty good about. 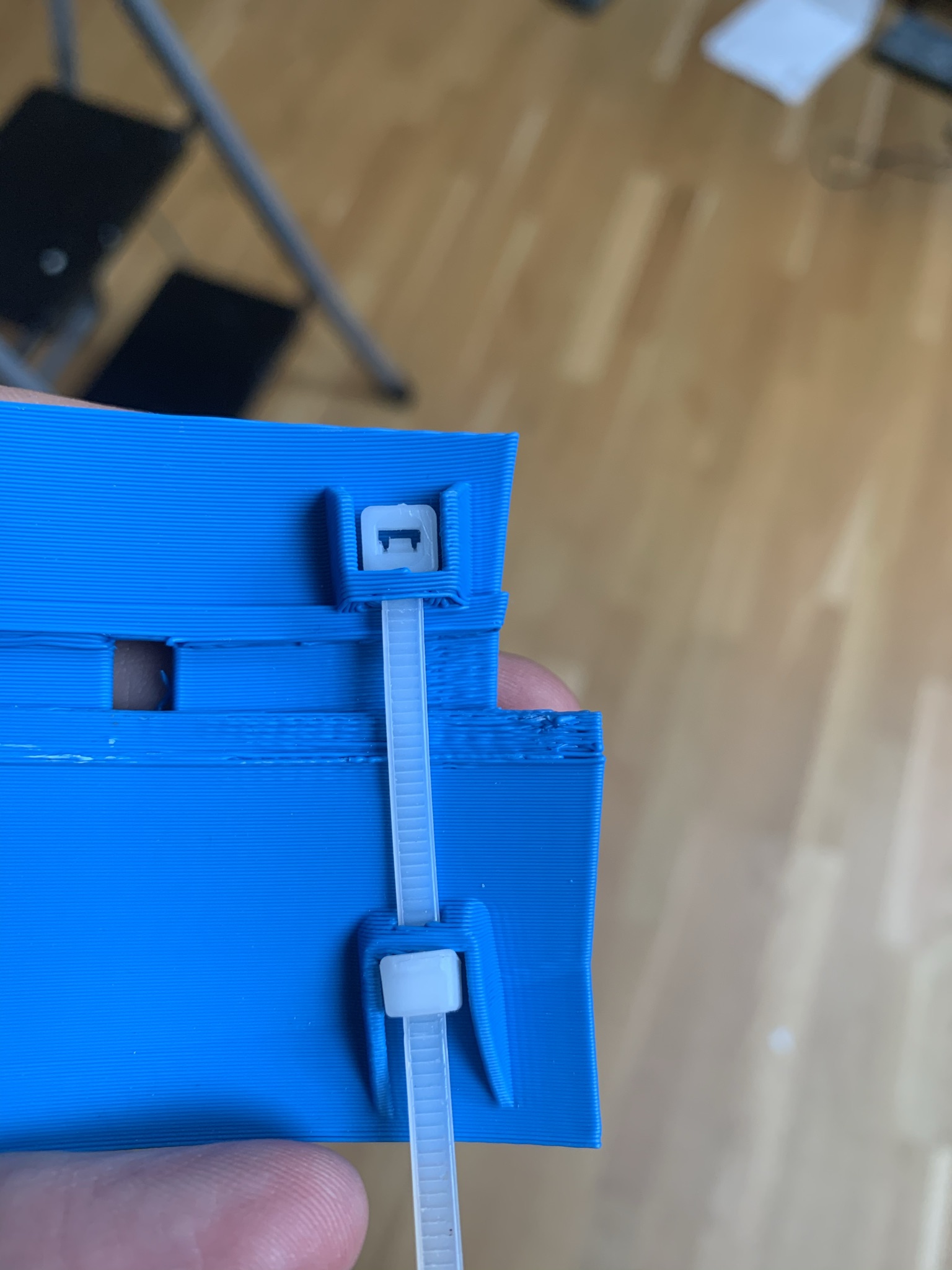 I have one other use of zip-ties as a fixing in this helmet, otherwise it's all M3's and Self tapping screws.

Another headache was how to handle the tubes that go from the helmet along the textile down into the collar. I did many revision here, too many to mention to be honest but I ended up putting the parts together with an elastic band and making the parts flexible and put in a skin of heatshrink tubing. It ended up not superelegant but a good enough solution I think. 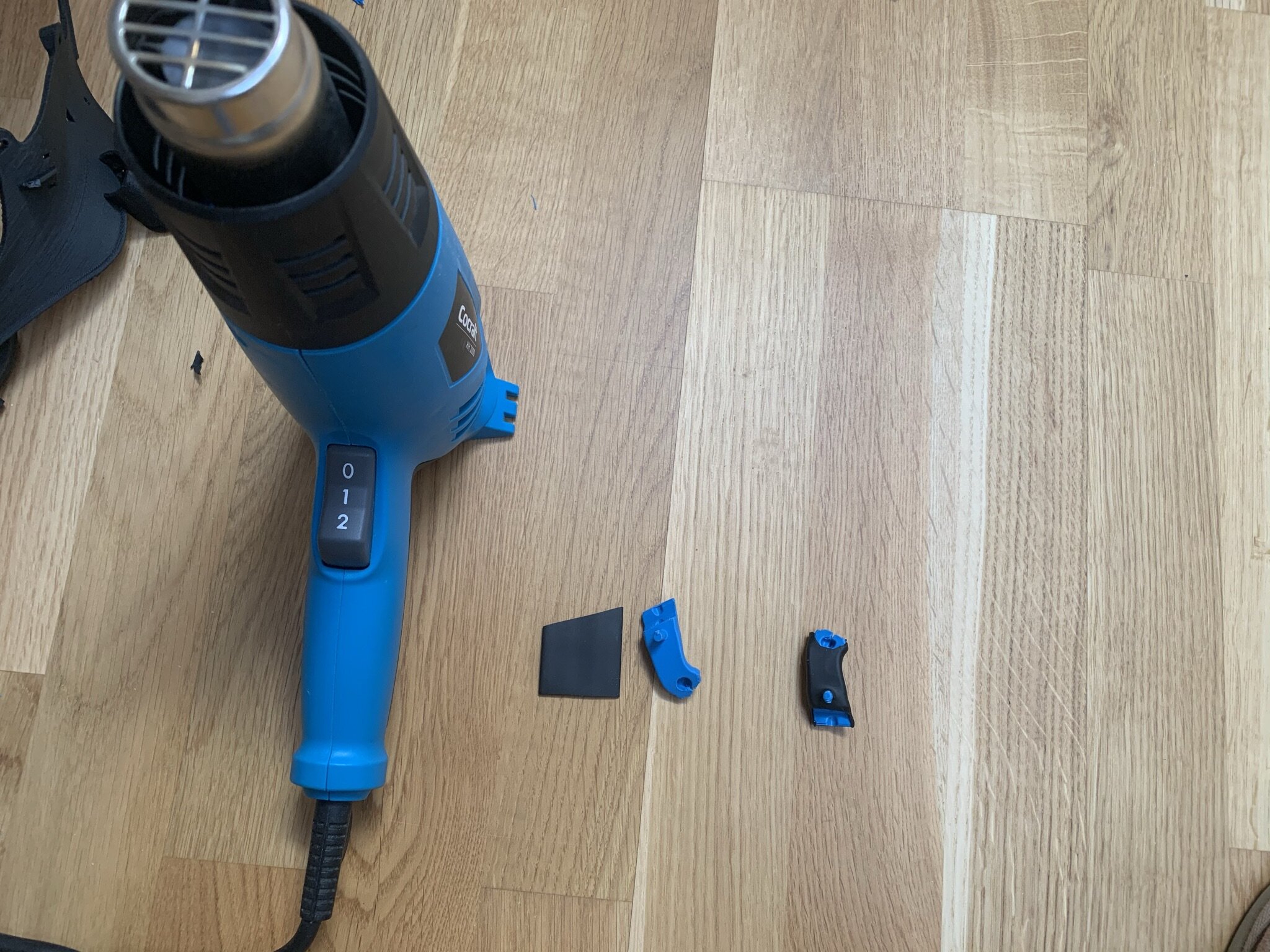 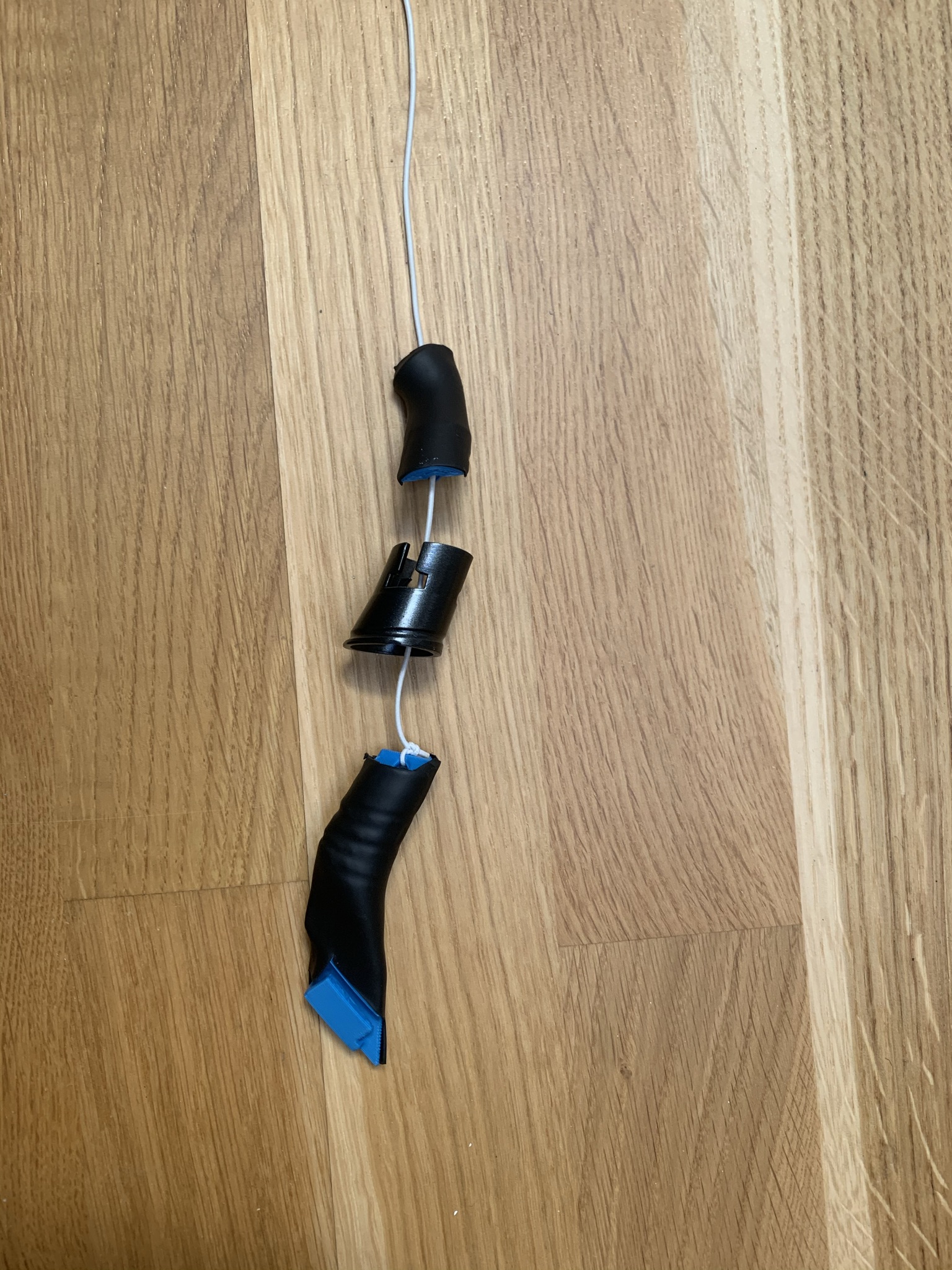 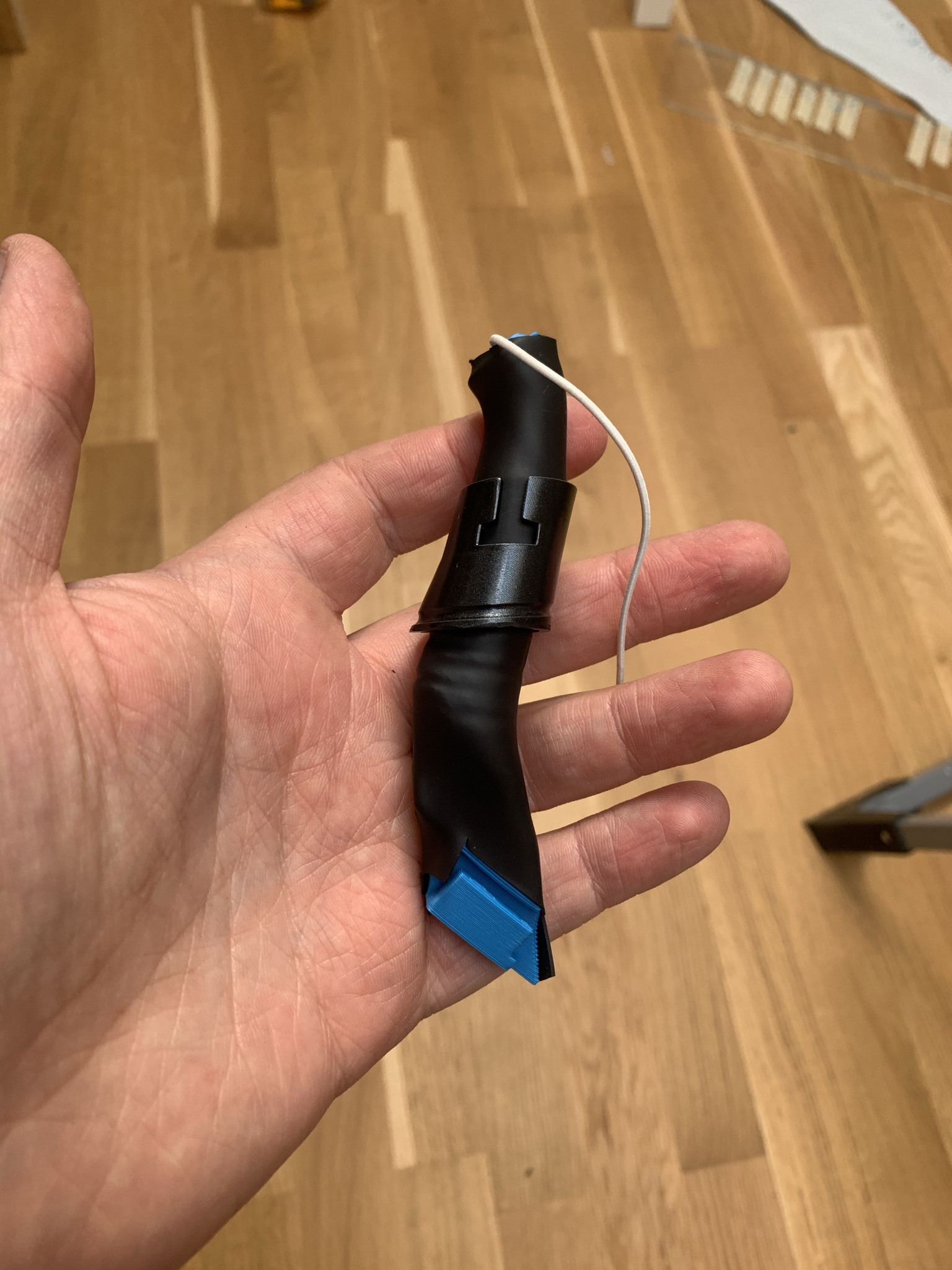 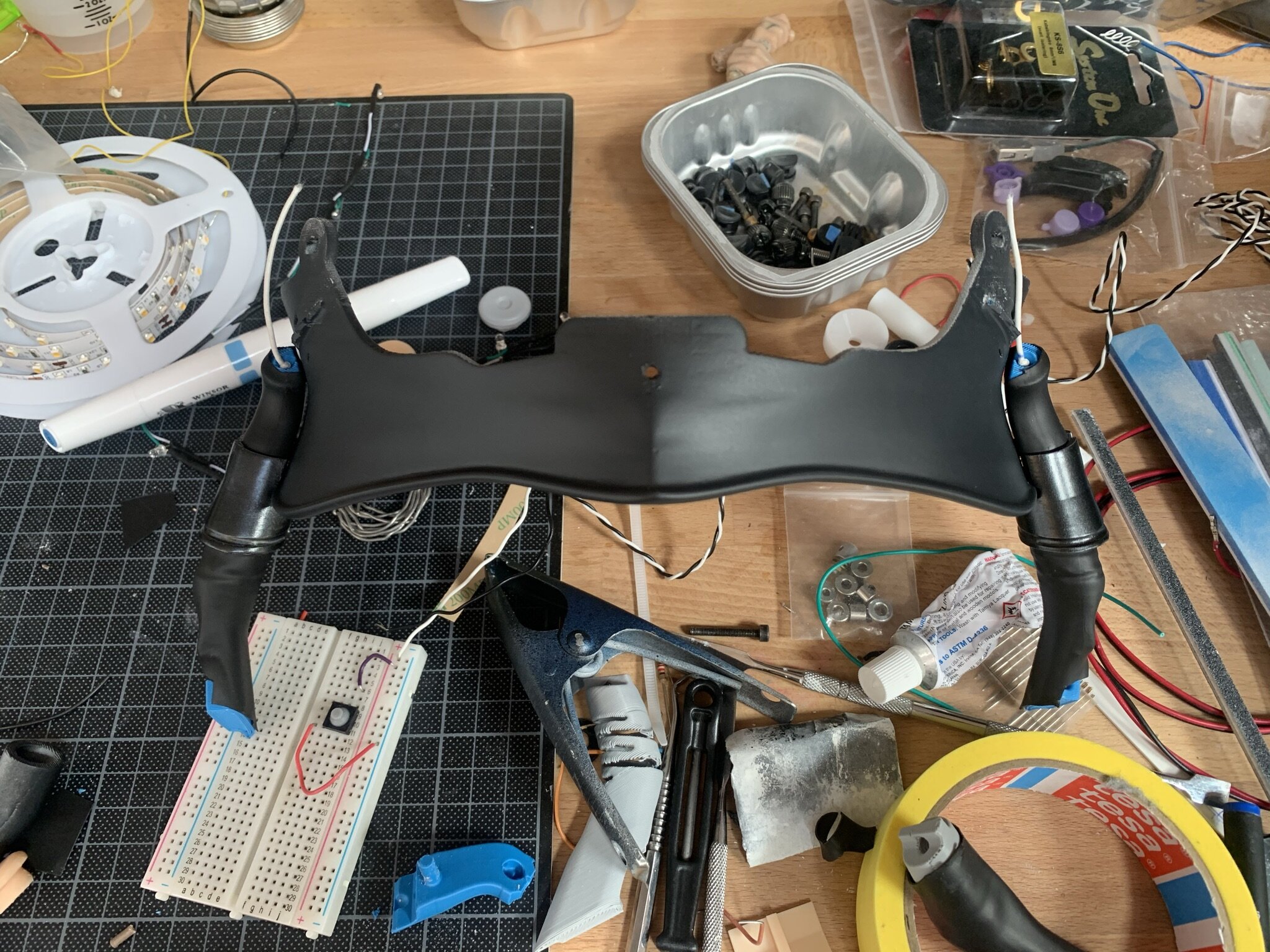 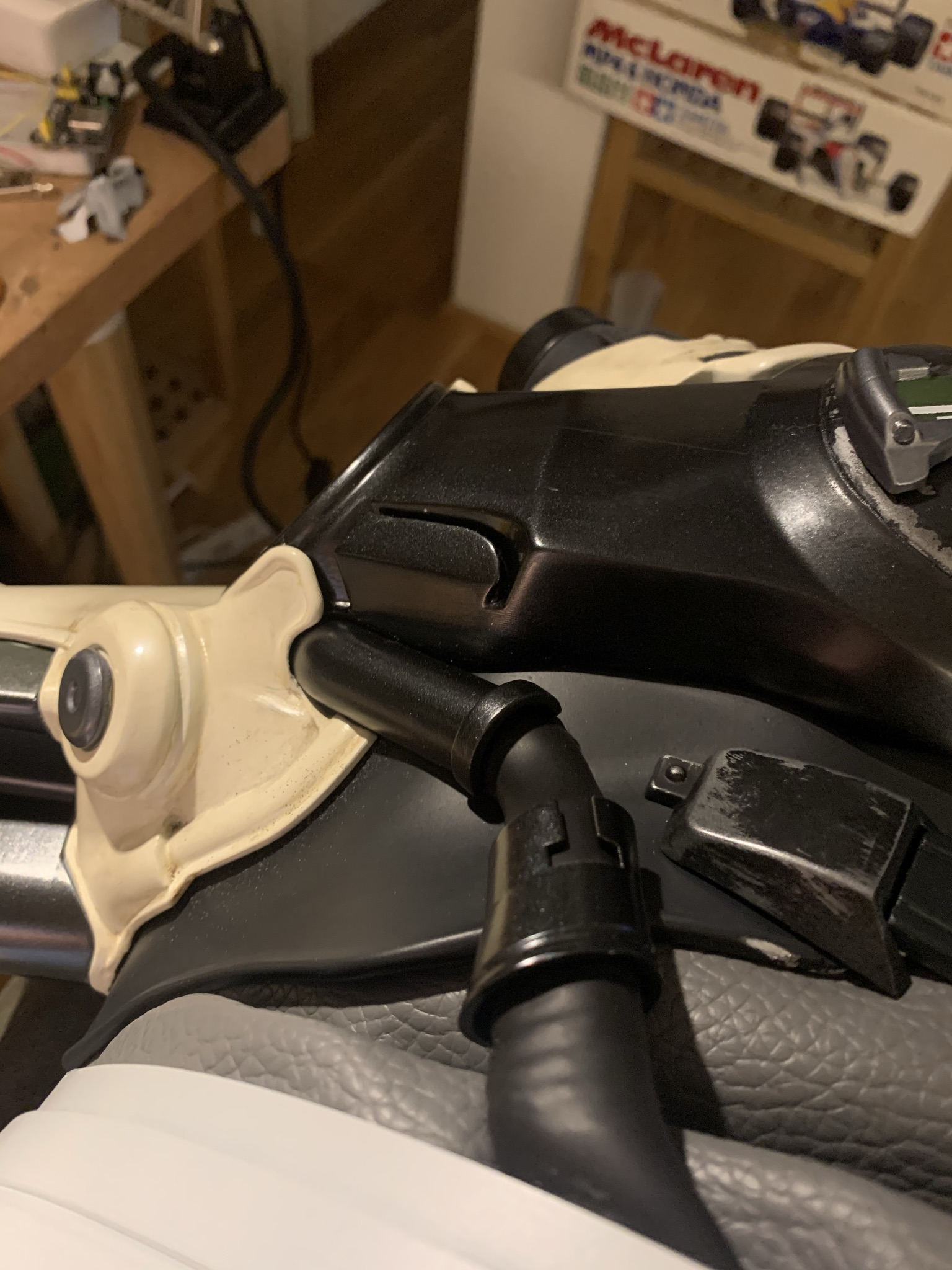 At the moment the complete helmet is assembled, I just need to finish wiring for the eyelenses and add an on/off switch and I'll be done. I have yet to take any good pictures of the build but I'll show some bad ones showing an unfinished collar and missing the tusk until I've done so 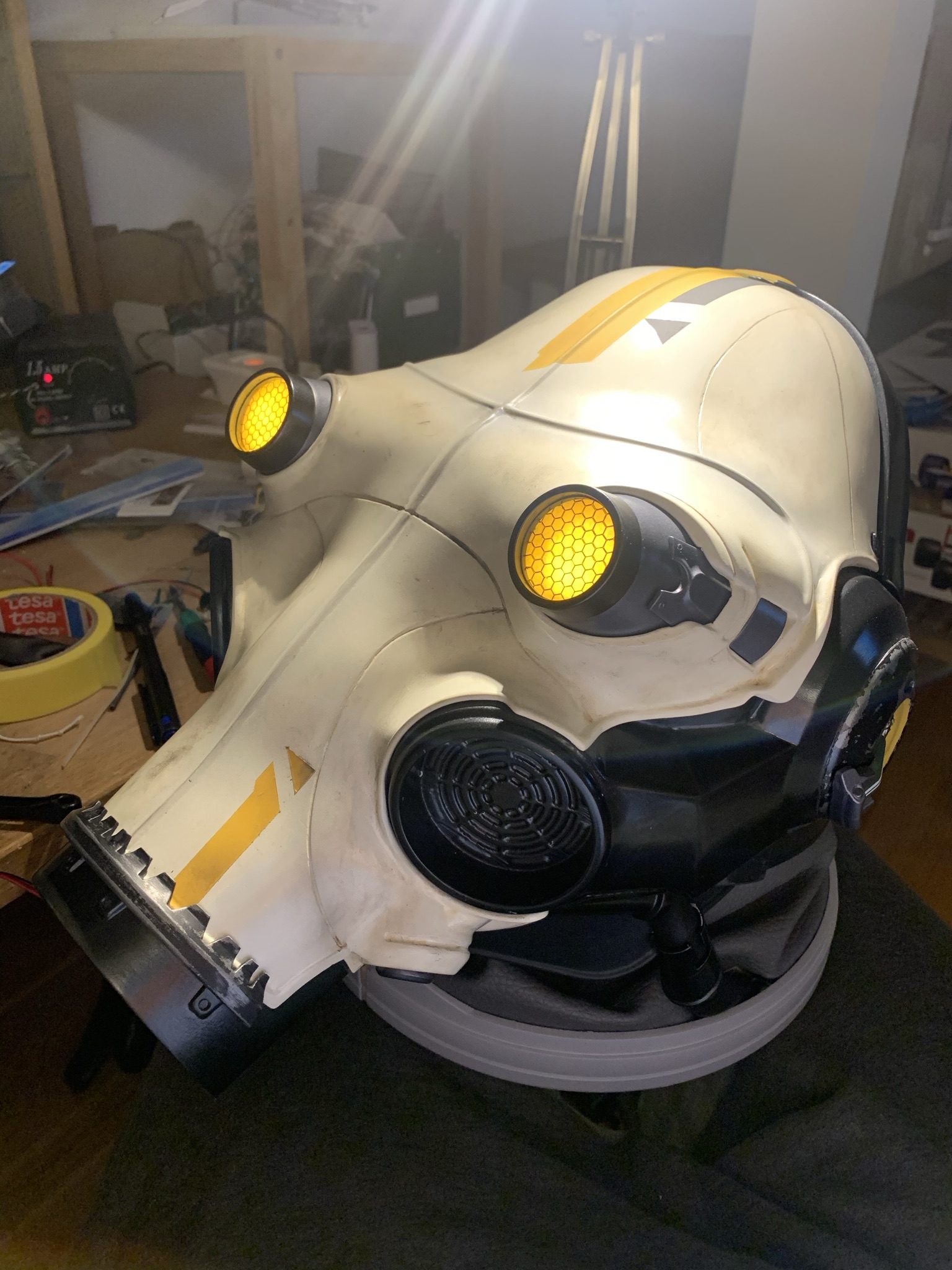 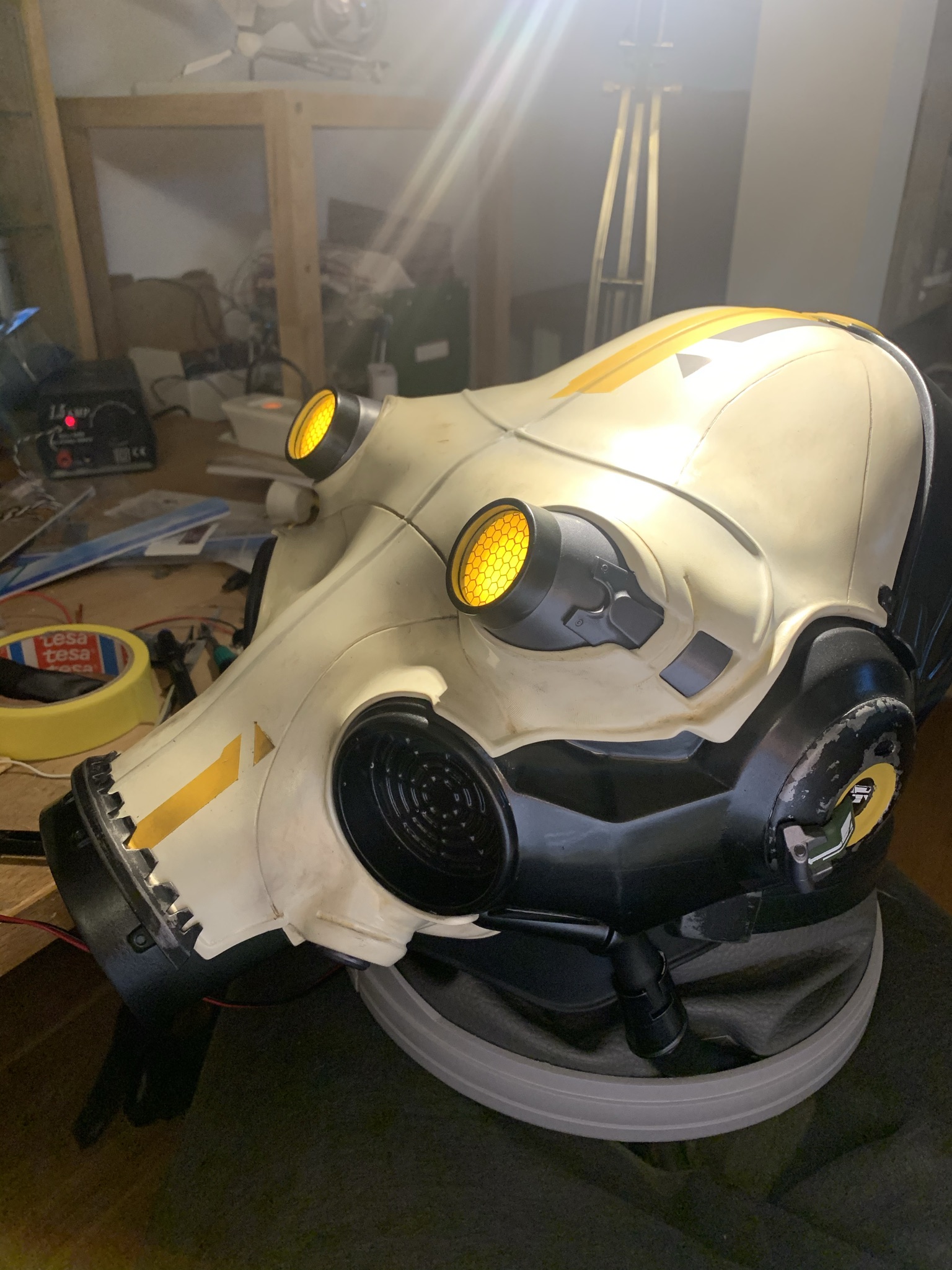 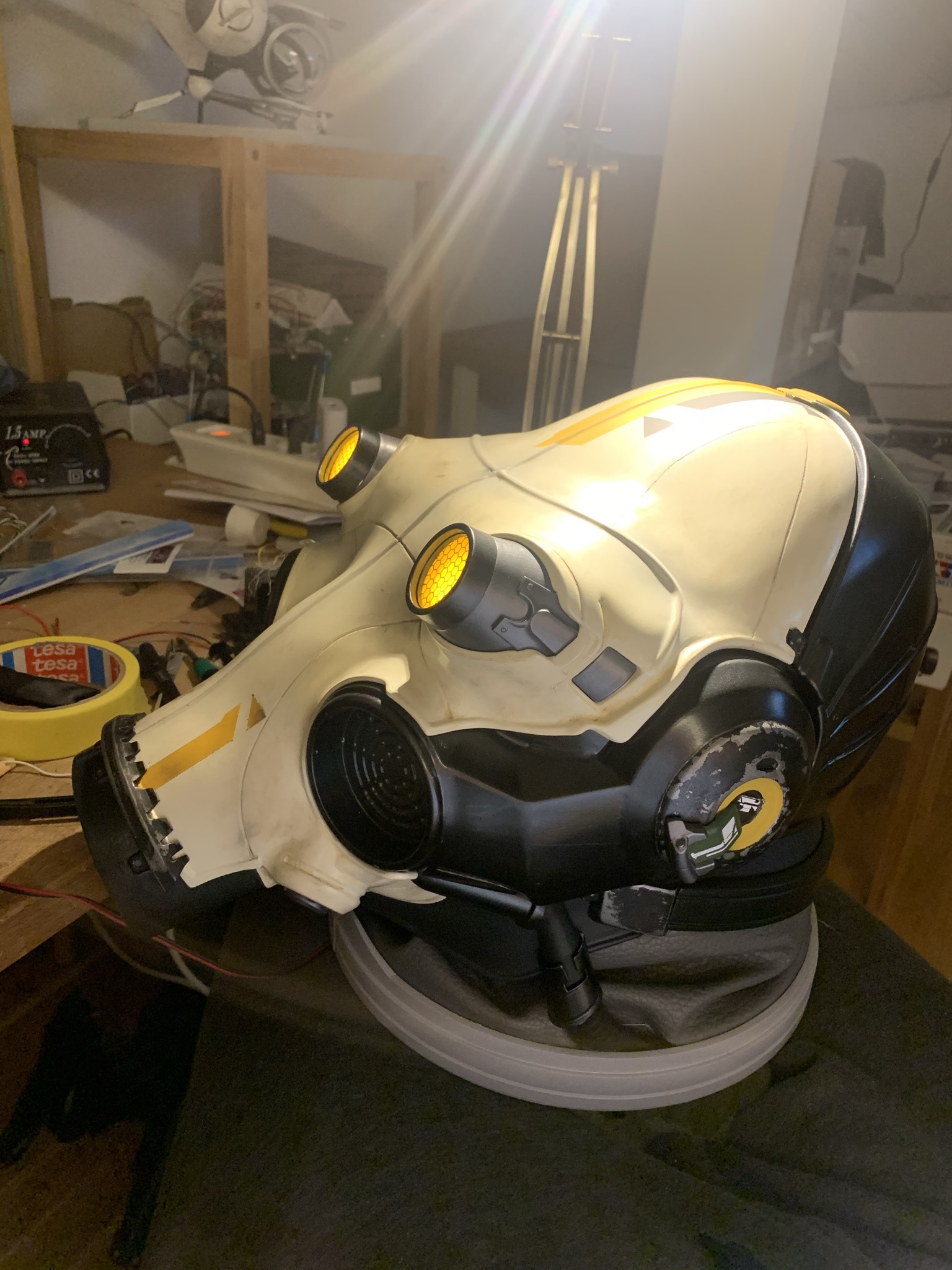 I'll be back with better photos later on. I'll also put the files up on my Etsy-shop when I've finished with all documentation and such.

RPF PREMIUM MEMBER
I've finalized the design for the periscope and it works pretty well to be honest, The sight when wearing the helmet is far better than I expected. 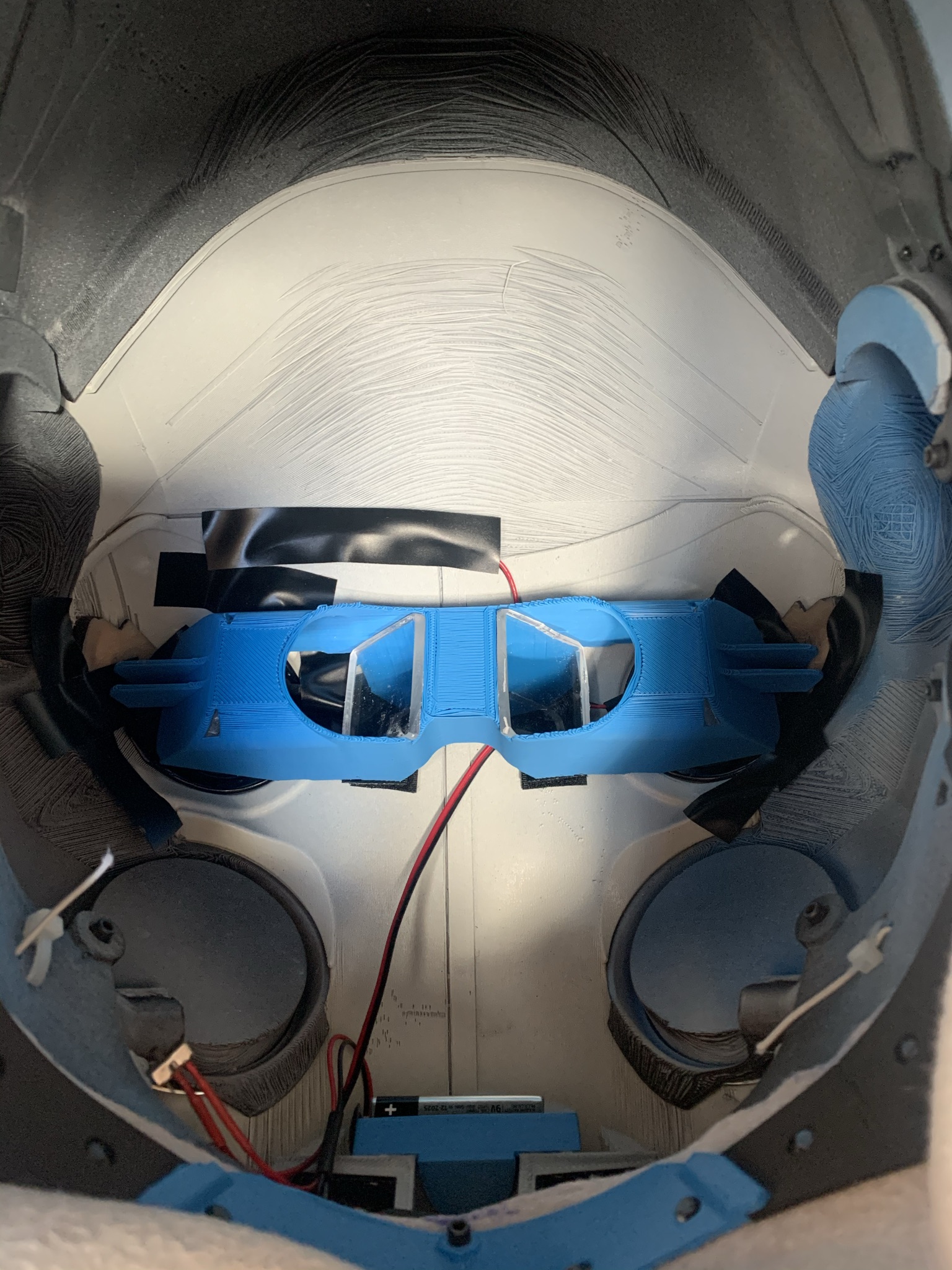 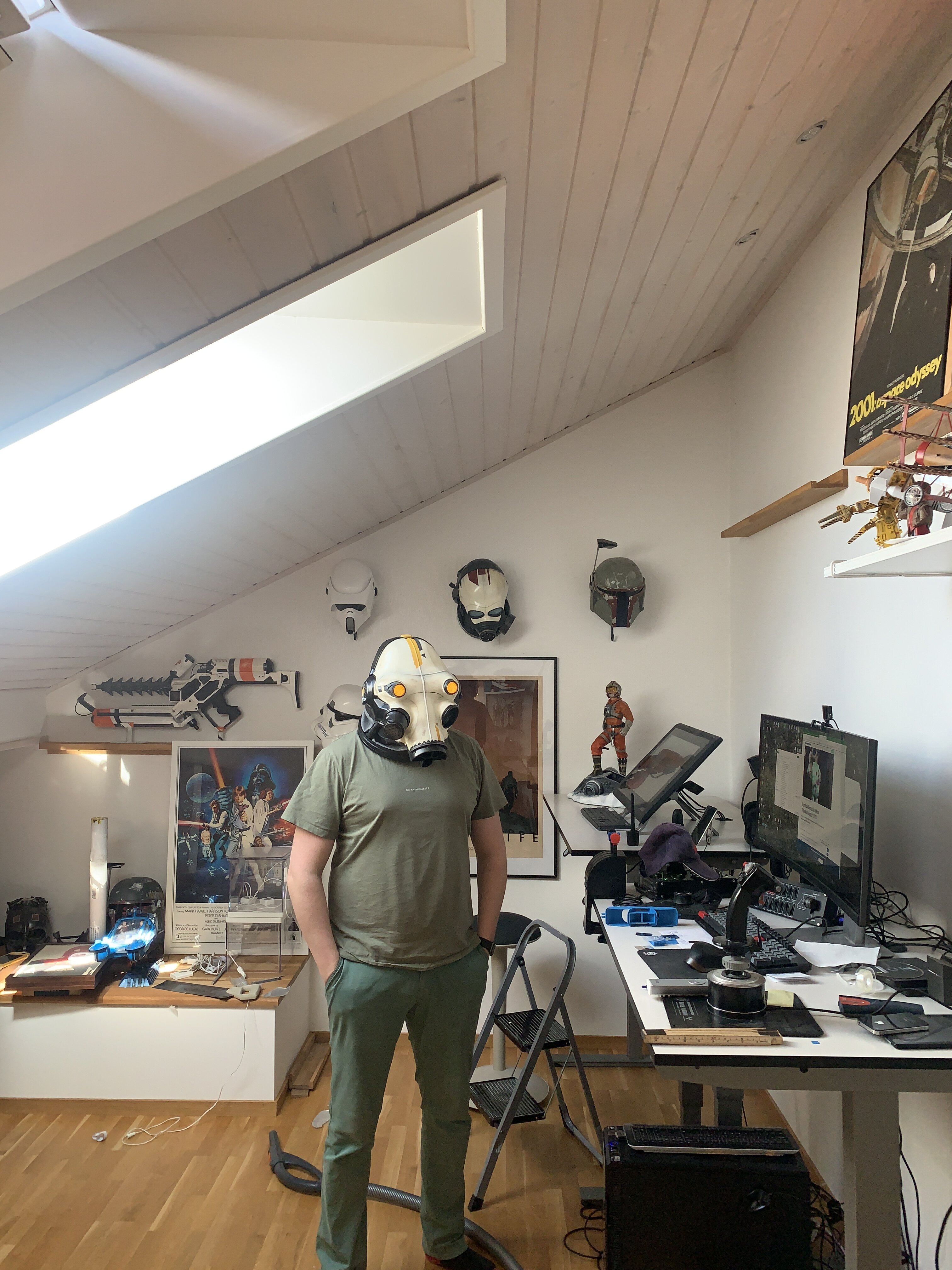 Yesterday at 5:14 AM
joberg