RPF PREMIUM MEMBER
I have never been happy with the design of the Sword of Gryffindor in the Harry Potter movies. I'm a massive fan of the series, but also have a great interest in swords, and it got me thinking; what would the sword look like if it was actually (mostly) period correct. For anyone that doesn't know, the sword from the movie is based on a ceremonial sword of Napoleon I - the 19th century. Here's a comparison: 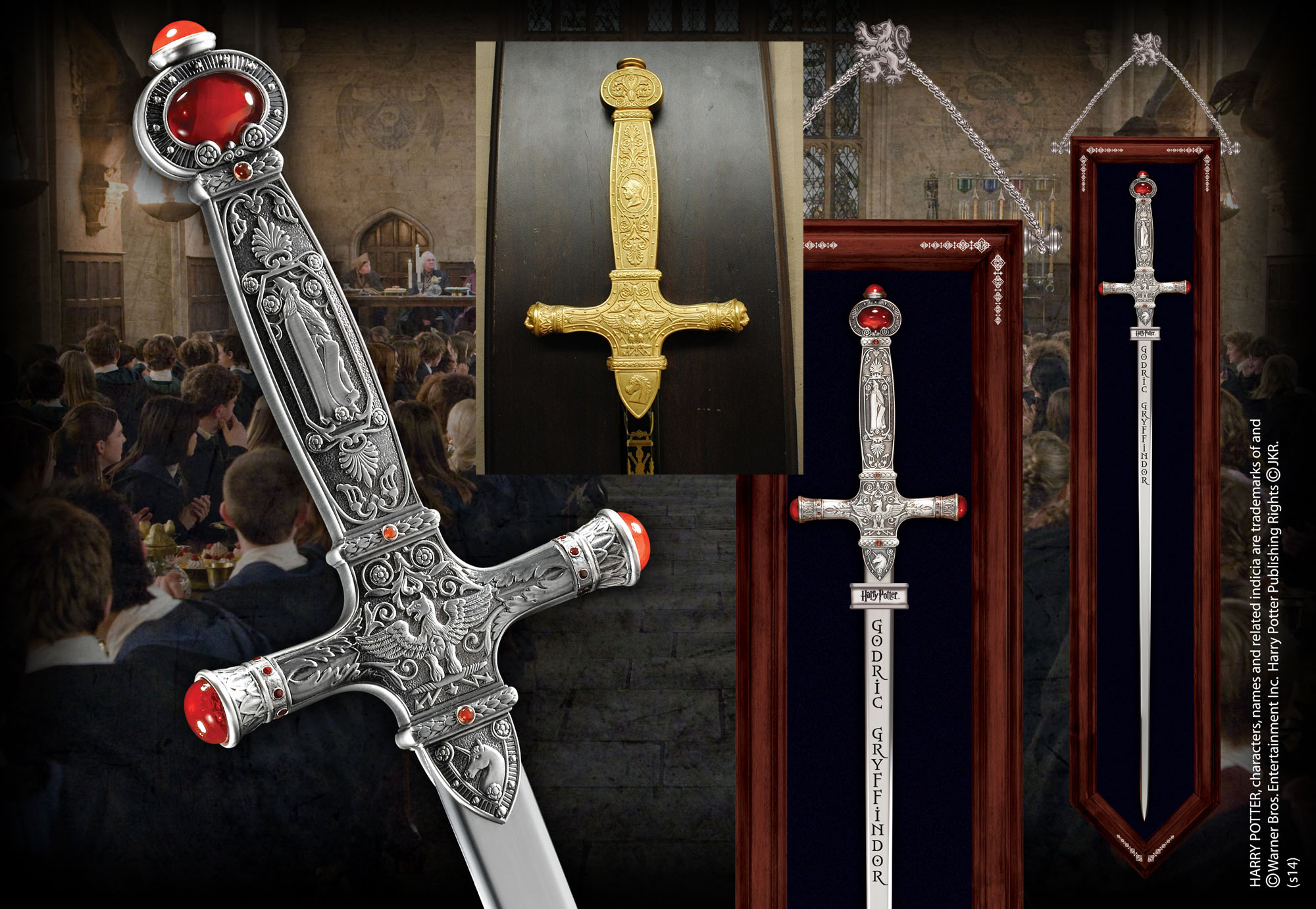 Godric Gryffindor was a wizard born in the 10th century, so his sword should be of that period, an 'anglo saxon' or 'viking' style sword, like so 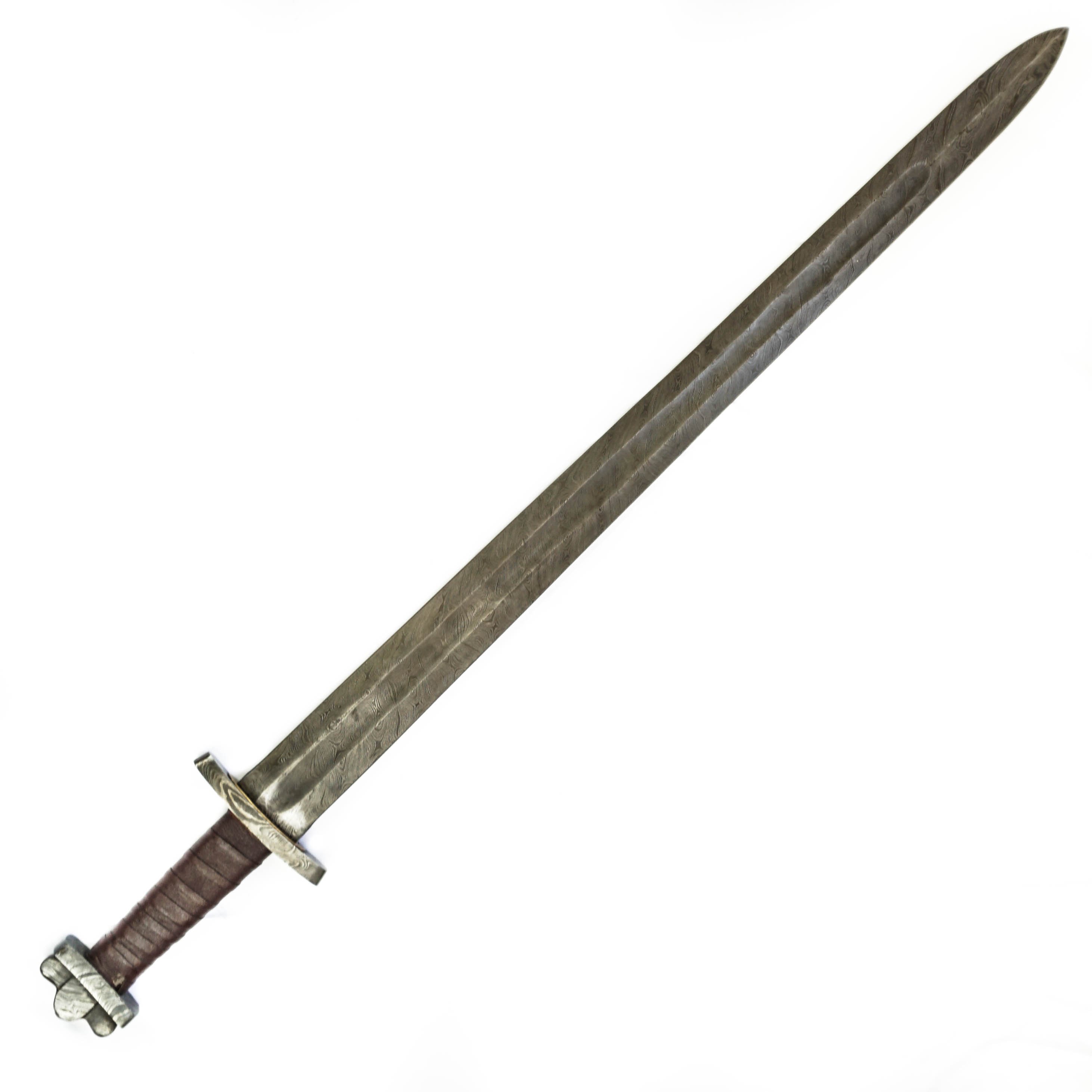 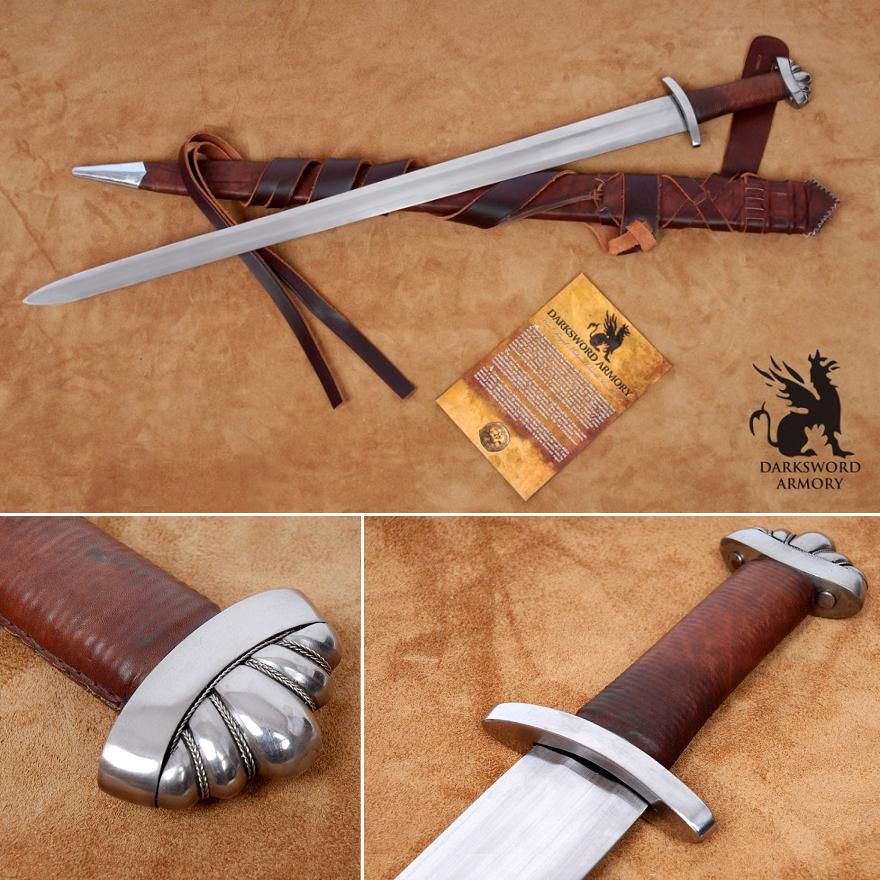 So I have set about designing such a sword, with the intention to make 1 or more replicas of this design.

Book reference of the sword says that:
I intend on making mine in the fashion of a hero prop, so it will be a metal construction, with a steel blade, along with steel handle fittings. I want it to be functional, but it will not have a sharpened edge, just like a hero prop. There will be stones inlaid into the handle, but I can't quite stretch to rubies. I'm thinking more garnets or another alternate red stone.

RPF PREMIUM MEMBER
Awesome project! looking forward to see what you do

RPF PREMIUM MEMBER
Love the idea! Will be following up!

RPF PREMIUM MEMBER
So, just to catch you guys up, been working on this a small while, so project has been moving nicely. I did a deep dive on Viking swords, their design and construction, so as to get the style of sword right. If anyone is interested, I used this book as my main source 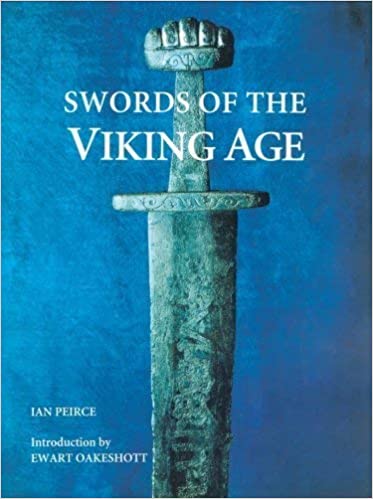 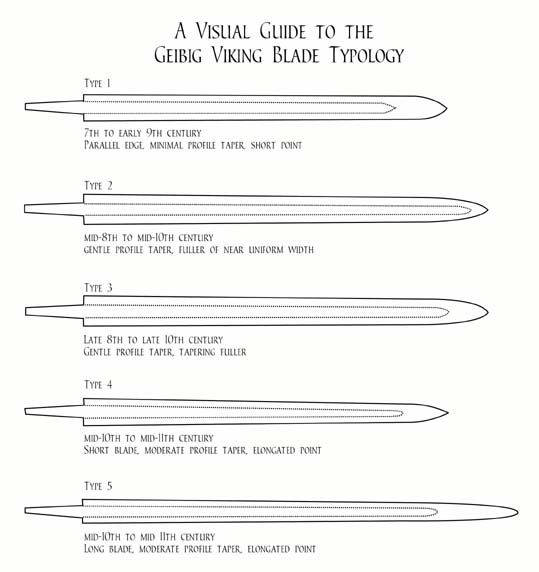 I decided on a Geibig type 3 style blade, as to me this is the most aesthetically pleasing, as well as being very accurate to the period I want.

With that I set about drawing up designs to incorporate all the features I wanted, including the gems set into the handle. It was important that the proportions felt and looked right, as well as being accurate. I also had to consider how certain parts were going to be made. I am no blacksmith, by any means, but I can draw up files to convert to dxf, which can then be water jet cut, as well as having some rudimentary 3d modelling skills, of which could then be converted to cnc files.

Anyway, long story short, here is my final design which I'm gonna try to stick to as much as possible

I am toying with the idea of adding etching to the guards, as well as on the blade. The text on the blade is not finalised, but I do like the font so far. I also like idea of going a little like the ulfberht swords, where they were signed by the maker/workshop on the blade 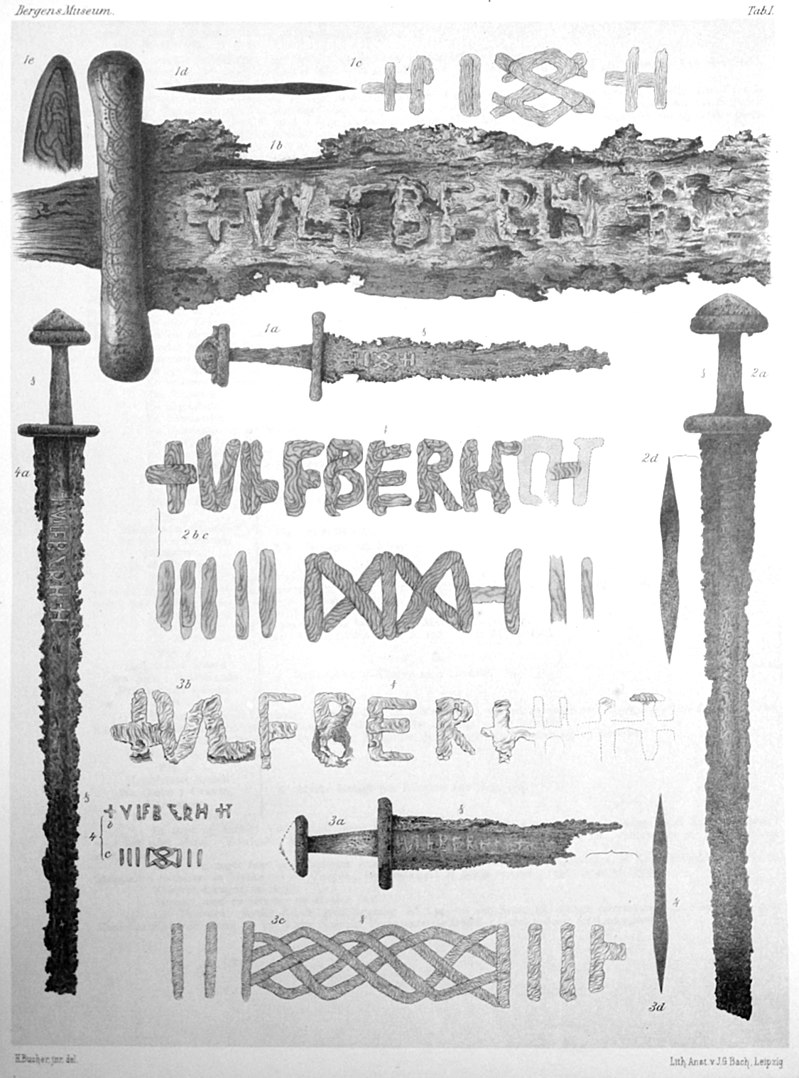 I believe these were actually done by laying in different steel, but as I said, not a blacksmith! I did decide that I will not be making the blades themselves, but would hand the construction off to some actual bladesmiths. That way they can be made to spec in spring steel. I sketched up the blade design to send them and sent it.

As you can see, I was very specific in the designing and measurements that were given

There are still some portions to work out, I am unsure on how I will make the pommel and handle sections without a lot of expensive cnc work, however the other parts like the guards will be water jet cut.

If you wanna watch something about this build, I have a Part 1 video over on YouTube


In any case, I also did a render up of my final plan for the sword. 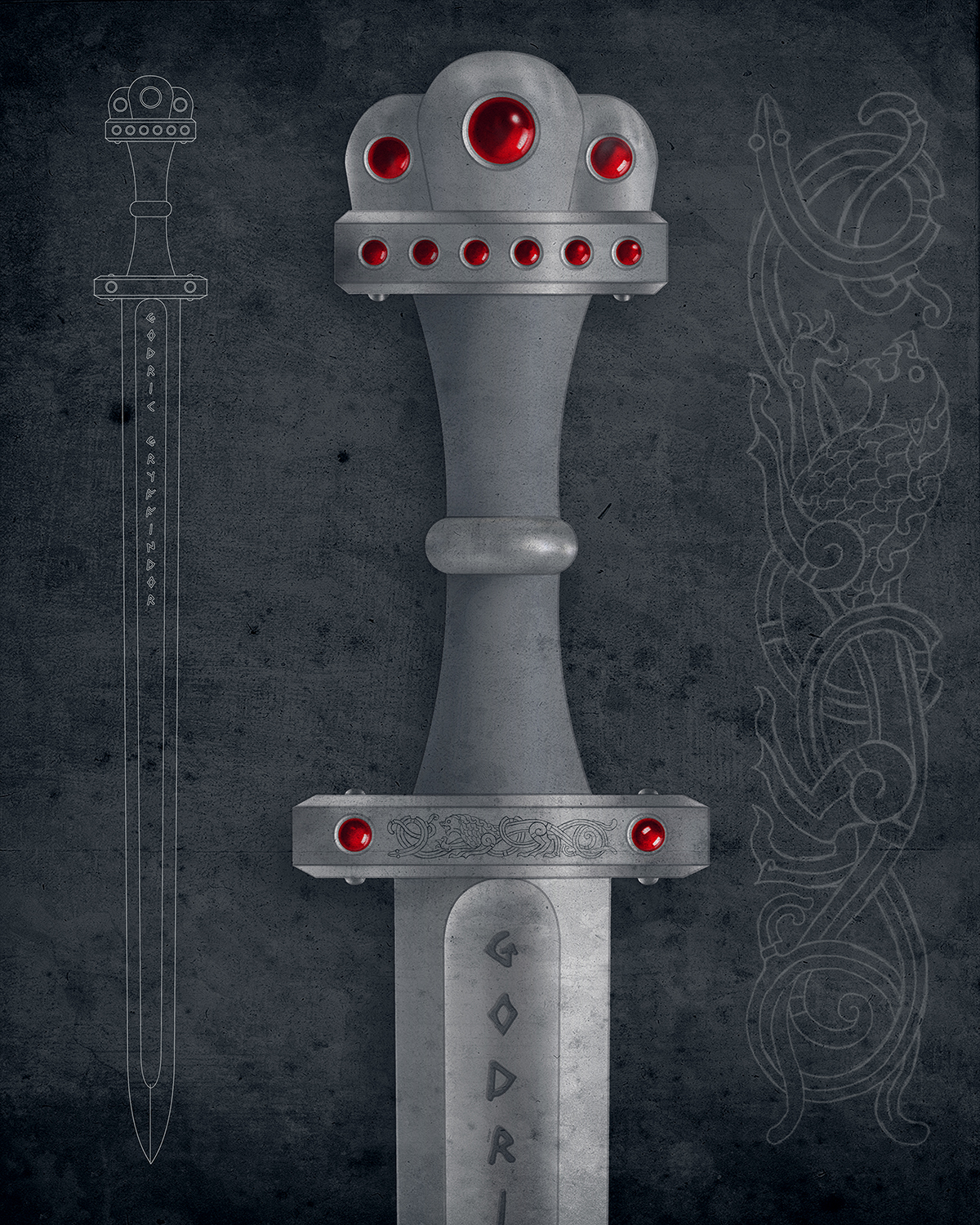 I also have the blades in hand! They came out beautifully. 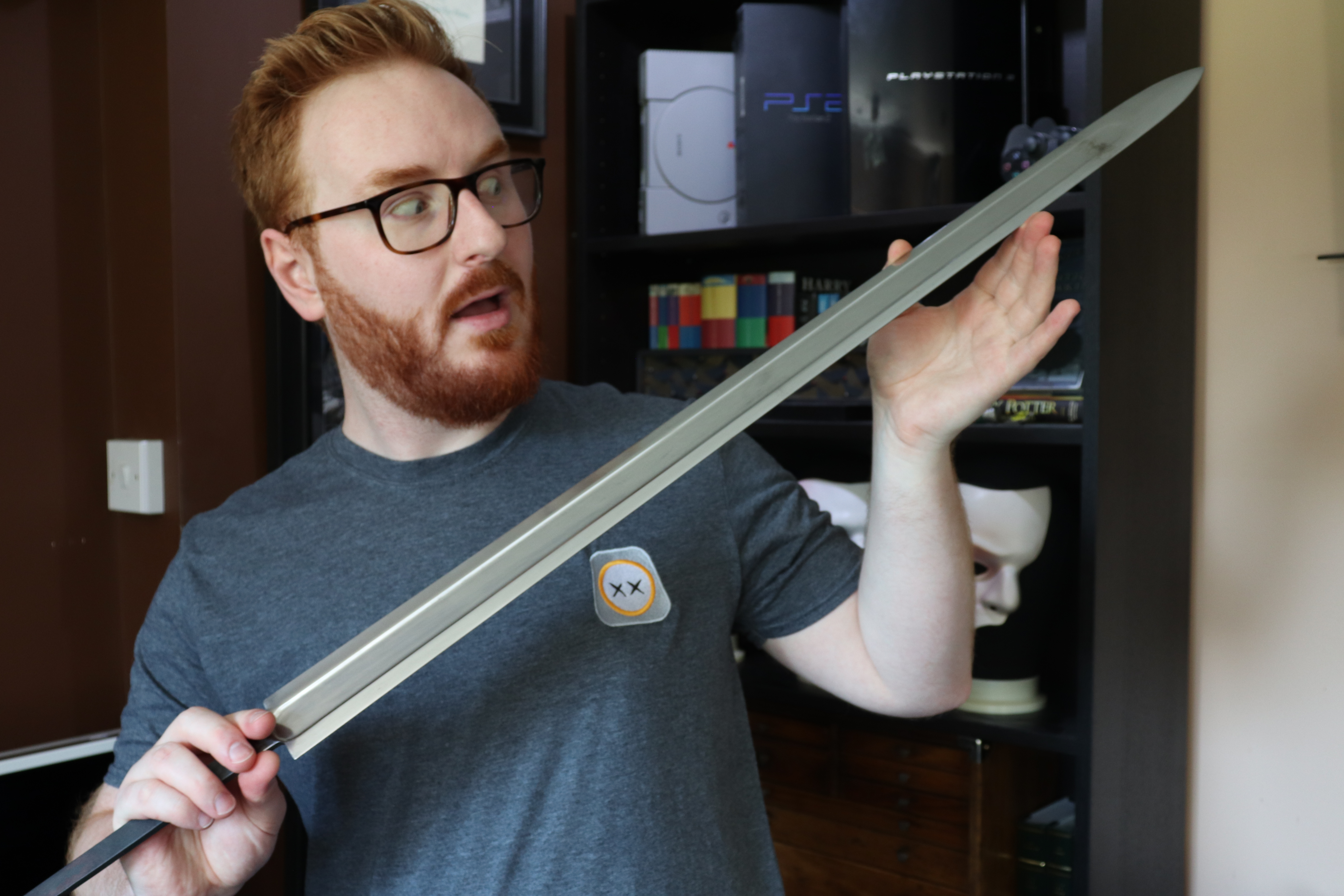 I'm currently working on the guard and handle pieces, getting them all fitting nicely. More to follow!

RPF PREMIUM MEMBER
Upper and lower guard pieces were drawn out in Illustrator, then sent to be water jet cut from steel. I took them to my bench top sander and began to clean them up, also adding a bevel to the thinner parts 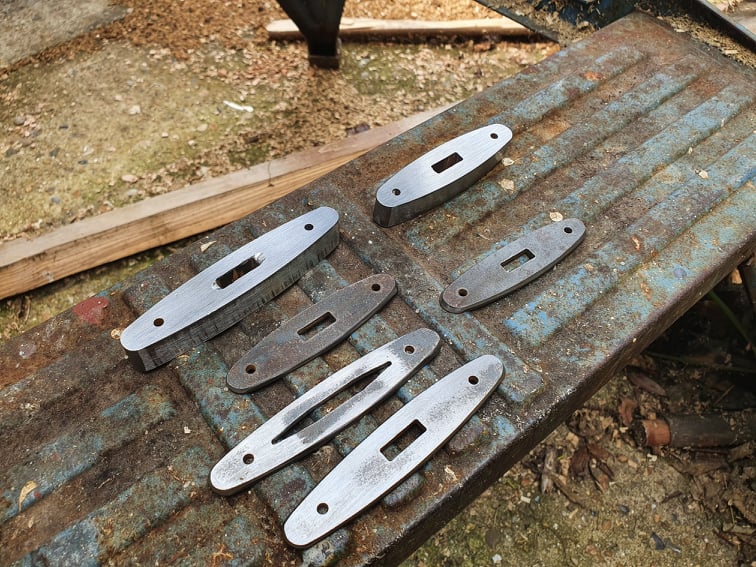 Still got a long way to go, and more filing, sanding and polishing on these parts alone....but! loving how they fit together already 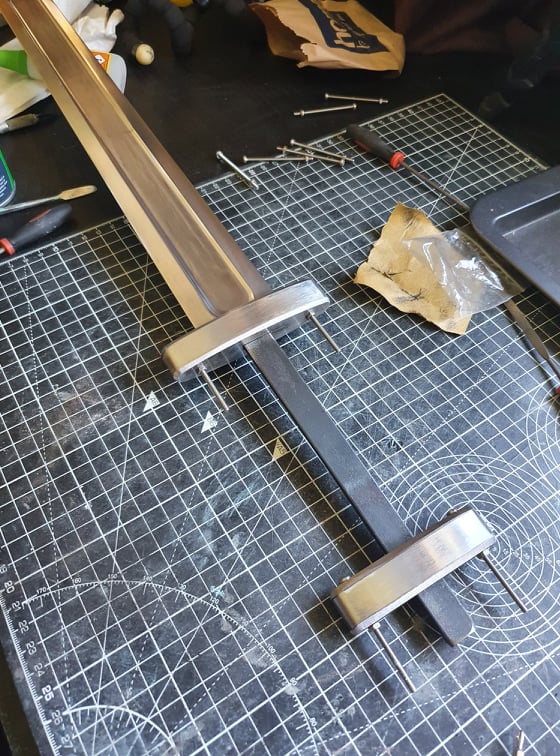 Great progress!
I admire that someone actually invests the necessary work into the lore to take it to the next level.

Iskelderon said:
Great progress!
I admire that someone actually invests the necessary work into the lore to take it to the next level.
Click to expand...

Thank you! Yeah I'm a massive Harry Potter fan, and was just one of those props that didn't feel right to me

Did Chronicle Collectibles go out of Business ?

Shaun of the Dead - Cricket Bat