Heroes Con 2015- Indiana Jones helps an outsider "get it."

I was searching pics from Charlotte's Heroes Con when I came across one of me. The blurb said "what happens when a guy who has never bought a comic goes to Heroes Con?" I thought, "Uh-oh. This guy is going to TRASH me I bet..."

I read the article and was blown away at the end!
"But as I was leaving I saw Indiana Jones – he had the hat and the whip and the leather satchel complete with the gold monkey statue in it. For better or worse, I never grew up reading comics, and while I did chuckle at some of the outrageous costumes, it was really cool seeing my childhood imaginary hero Indiana Jones. It made me think of the hours and hours my brothers and I played our own version of Indiana Jones. We made a home movie with action-packed stunts, numerous snake pits with LOTS of rubber snakes that my mom did not approve of, and of course, a lava pit (a red beach towel surrounded by sofa cushions).That’s when it dawned on me that all these adults dressed up as superheroes and buying comic books weren’t weird at all. They were there celebrating creativity and imagination. A true Heroes Convention.

"gold monkey statue?" Don't know where that came from! Lol! Still, it made my day! 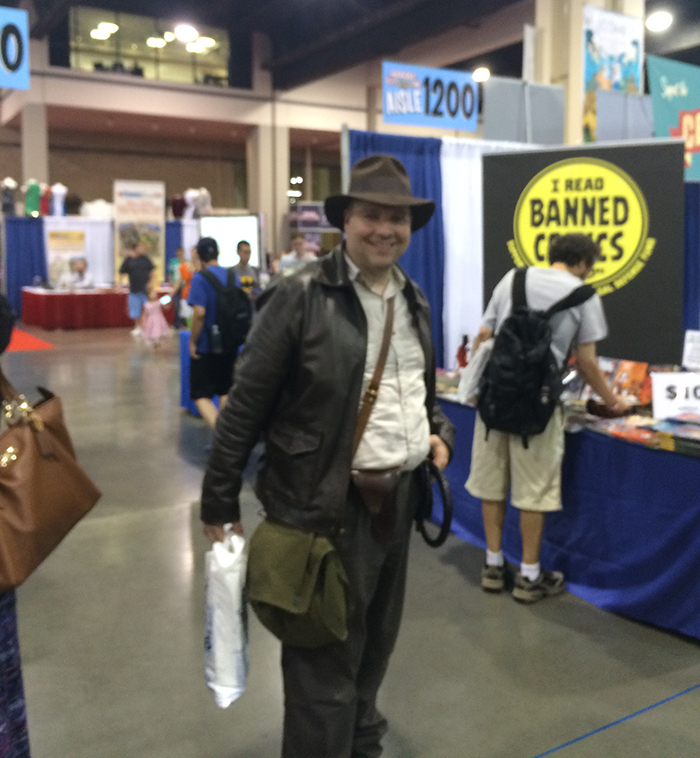 RPF PREMIUM MEMBER
How awesome is that!

in/around Los Angeles that want to show off your Prop collection or Projects on YouTube?

Anyone in Edmonton or nearby?