Every 6-8 months I try searching (Google and RPF) for information on what the pin case from Disney's Tomorrowland was made from, but I can never find anything.

Is it on here, and I'm just not finding it? Or has no one written anything about it?

I want to create / buy / find a similar pin case.

If it's help you're after, you could be waiting for a long time. That said, I've done some digging and so far haven't managed to find anything similar, so it's entirely possible that the pin case was scratch-built for the movie. 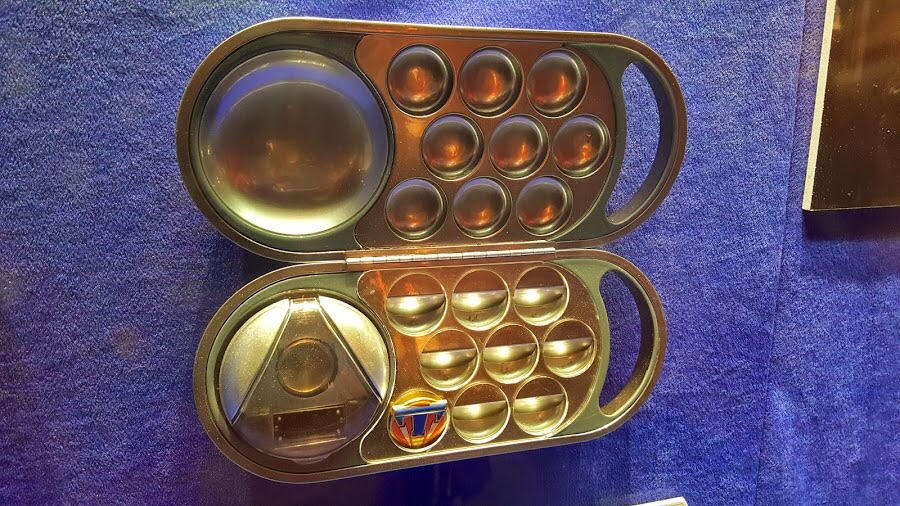 The main bulk of the case appears to be made from aluminium, although it's the large circular parts on the left hand side that I'm struggling to identify. :-\

I wish I could be of more help.


P.S. Here's some concept art I found which may shed more light on the project: 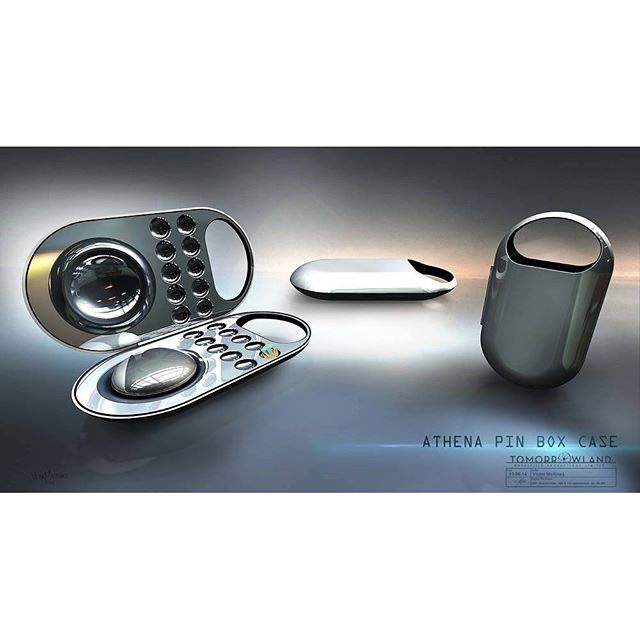 Thanks for the reply.

Yeah, same stuff I've found online... I'm not looking for help to make it - just some research direction / help. I've been looking for info for the past couple years, but just no luck. I figured if ANYWHERE, the RPF would be the place

Also note, that "Athena pin box case" graphic is from the book that came out - but it was just concept art - it's very different from the actual prop.

Yeah, it could have been made from scratch...

This has been an on/off project for me for a few years. We've posted about it a bit in the main Tomorrowland thread. I did a quick and dirty vacuform build back in 2015 for cosplay purposes, but have been meaning to do a definitive version. I held out hope that someone who worked at SAT might be able to help us out, but I think we might be on our own for this one, gents.

As for scaling, I know for a fact that the primary 1984 version pins were 1" in diameter. Whether or not they made slightly bigger ones for closeup use in the case is hard to say, but I think that's a safe place to start for our purposes, and its the best info I have. (I have a production-made 1964 version pin, which is 1" diameter, and I have seen this version next to the screen-used 1984 pins at the archive, and they were the exact same diameter.)

Now, accurately replicating the 1984 pin itself will be considerably harder than the case, but I'm cooking up something right now that will hopefully fit the bill ...

EDIT: Here's a link to an album with all of my reference pictures for this -- both images I took at the prop exhibits, as well as HD screenshots.
Last edited: Aug 13, 2017

dtavres said:
Also note, that "Athena pin box case" graphic is from the book that came out - but it was just concept art - it's very different from the actual prop.

Yeah, it could have been made from scratch...
Click to expand...

A couple of things:

There was no "making of" or "art of" book for the film. That images comes directly from concept designer Victor Martinez.

The pin case was definitely a custom-made prop, created by Studio Art & Technology, who handled most of the prop building for the film. I have tried to reach out to them through a few contacts, but Disney holds a tight leash on their contractors, and it's unlikely they would be any help to us.