So, I’m working one of these costumes.

I have a build list but one item doesn’t seem to match. Does anyone recognize this belt bag/pouch here? I messed around with the image a bit to try and tease out more detail, and it looks to me like a small pouch on top of a larger one. 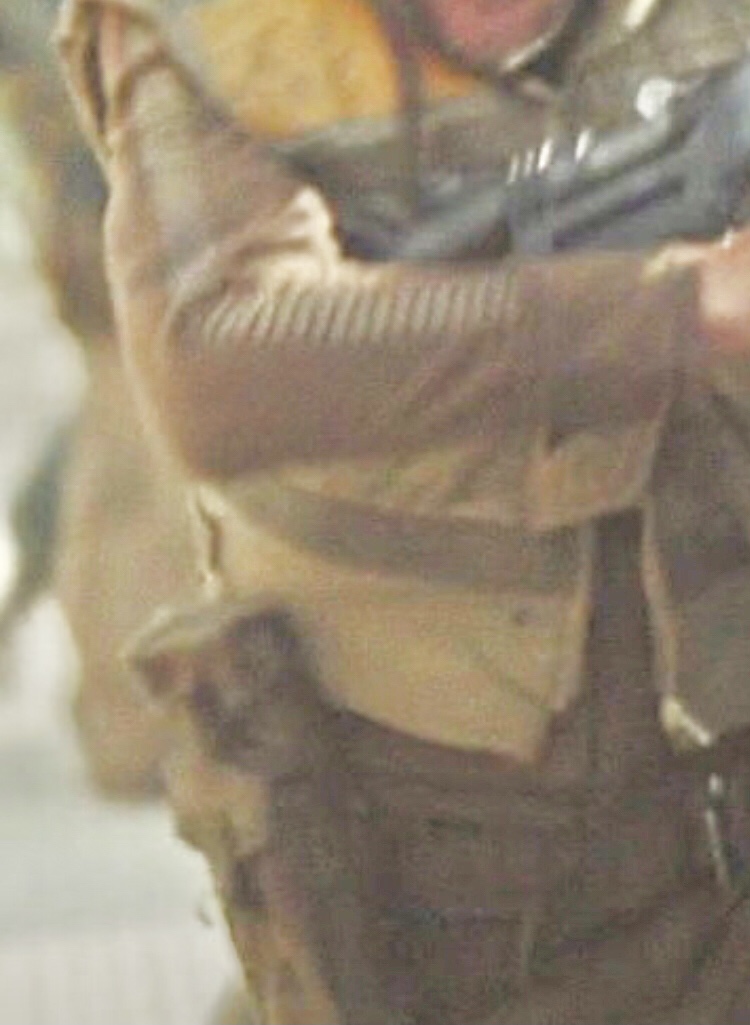 Currently it is identified as the “Danish HTK pouch” which comes in two flavors: 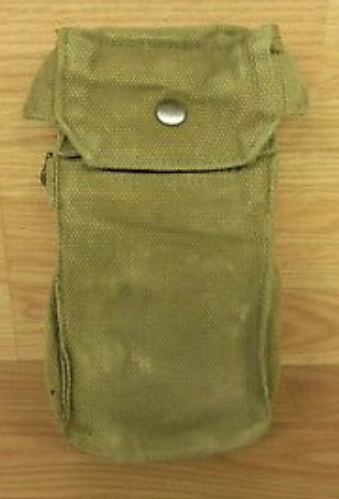 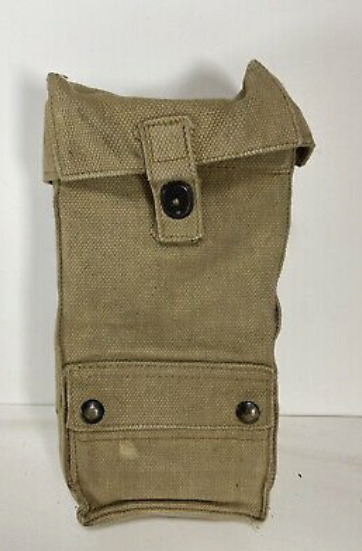 The more I study it, it looks like a larger bag on the belt, and the smaller bag above it- well above the belt- so it may be attached to the bag below... I’ve been searching German, Russian and British surplus and not seeing anything that looks close.

The bags look related- similar in design but that could just be luck too. I’m leaning toward the second bag, with the snap strap, as the fall-back, even though I don’t see the bottom pocket with the two snaps.

Looking through my reference they appear to be the type 2 with the small pocket on the bottom.
Seen in both light and dark colors.

Guy on the right.

Well, there's a problem. Due to shooting schedule conflicts, there were actually two Corporal Rostok's used in the movie. And not a lot of good shots of his right hip. So, identifying the pouches gets complicated, because the same character has different appearances in different scenes. Why they didn't use the same costume add-ons I have no idea...

On the one I posted, the bag appears to be the British 37 pattern Mk III magazine bag (I bought one yesterday at the local army-navy place for $7) but the smaller bag continues to elude me. I've been searching the British 37 pattern and found some smaller pouches with the snap closure (earlier version) but I'm not finding small bags with the pointed top flap and "frog" closure.

Note the pull tab for the frog here:

Belt enters the middle of the bag too- earlier ones are at the top. This change was made to make it easier to move/sit with these on. 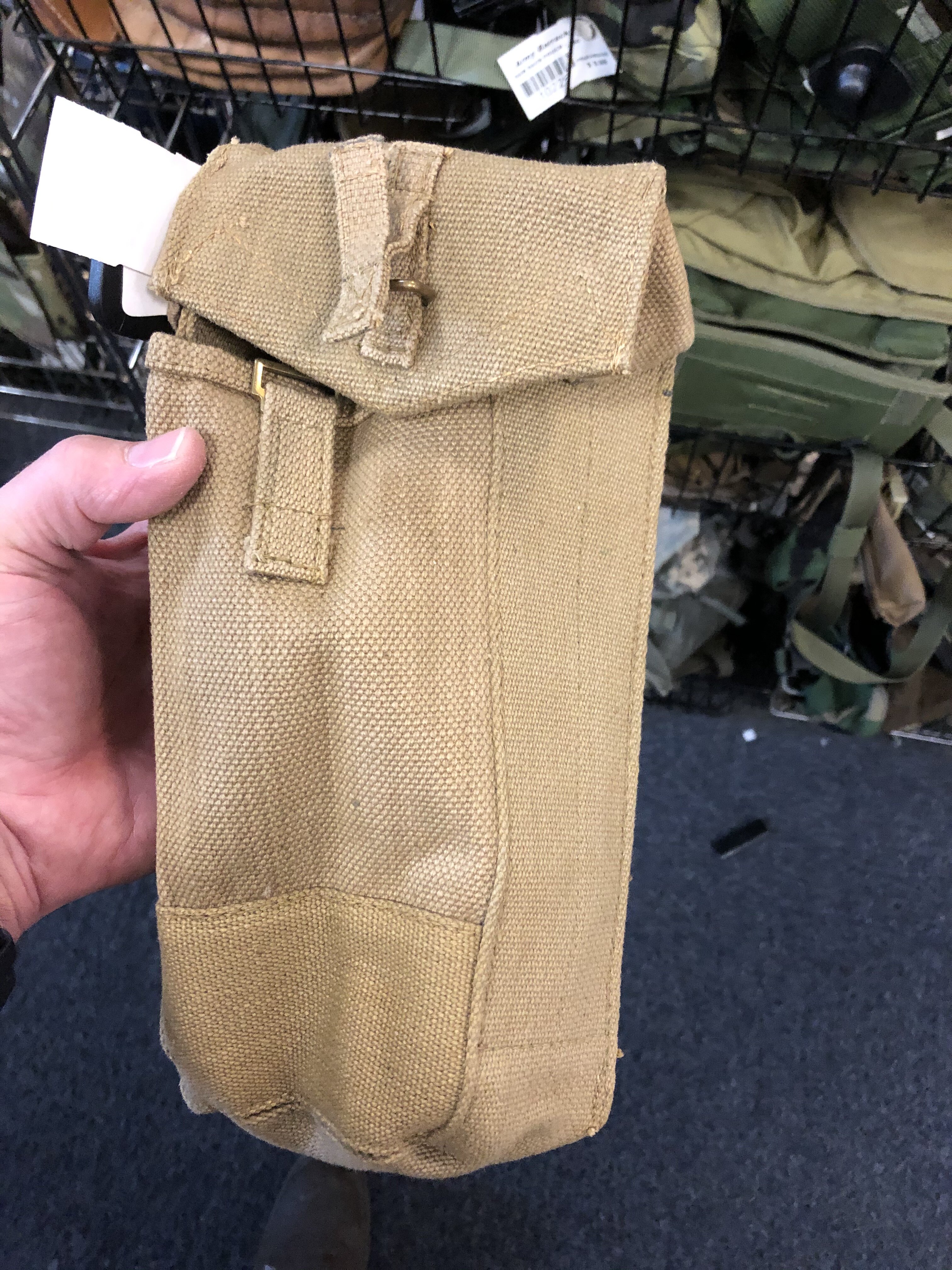 Totally lucked into this yesterday (seven bucks!) appears un-issued. I've added some foam inside to give it shape.

But what about the OTHER bag, that seems to be above this one, perhaps attached? Do you think it might be a modified large bag?

Perhaps you should have this moved to the Star Wars section for more people to look at it.
This is a research thread, not a "screen used".

Sounds good to me!

I usually find stuff searching "new posts" so it covers all areas. But others may not do that.

Can anyone identify this costume?