I'm loving my Samaritan build so far, though I've found the issues mentioned above along the way. My fixes were (or are going to be...)

1. I drilled out more of the socket the laser sight housing fits into on the barrel part of the gun, so that the bit of the battery housing that extends from it has somewhere to fit. This worked fine. I did think about just cutting the end off, but I decided against it, as I didn't want to lose the little angled 'grab' that enables you to pull the holder out of the housing tube. I sanded the holder a bit, but deliberately kept it a tight push fit to keep the laser centred on the hole in the front of the housing through which it shines.

(incidentally, as a side note, that hole was off-centre on my kit. Not a problem, as I just filled it in with JBWeld and then re-drilled it in the correct position).

2. After double checking with Dave (thank you, Dave!) I drilled out a route for the laser wires through the hinge. Note... I didn't drill through the bushing (18) that fits inside the hinge and which the screws go into. Rather, I drilled an angled hole that carves out a hidden channel in the top of the hinge in the barrel piece (17); this allows the wires to pass over the top of the bushing and into the space in the frame on the other side of the hinge.

3. I experienced the 'bulge' in the receiver lid (2) from the trigger spring. It was bad enough for me that it prevented the cylinder from spinning. I tried cutting the supplied spring in half but the problem persisted. I tried a softer spring (out of a ball-point pen) but while that fixed the bulging, it affected the 'feel' of the trigger too much for me. Instead I've ordered some 2mm aluminium sheet, and I plan to make a new receiver lid out of that, using the raised bit of the original resin part to get the correct profile. I'm hoping that new lid will be stiff enough not to bend. I'll update when it arrives!

I had a couple of fit issues on the small parts, but nothing that some sanding and filing couldn't fix - no more than I'd expect from resin parts I'd printed myself. One thing I would mention, though, on this topic, is that when I added the magnets and put the cylinder disk (24) and the cylinder cover (25) together, the cover still stood slightly proud of the space for it in the disk, even though I sanded the 'raw' side flat. This slightly interfered with the free spinning of the cylinder, which rubbed against it at a couple of points. If anybody has the same issue with the cylinder sticking or rubbing, the solution (obviously) is to sand the cover side of the assembled part once the two halves (disk and cover) were attached. It took some elbow grease and will need a quick repaint, but my cylinder now spins freely and locks into place at the end of its spin very satisfyingly.

I had a couple of other problems along the way which I've let Dave know about, for future reference, and which I was able to fix. I should say that these in no way detracted from the kit or the build... just needed a bit of problem solving which all add to the challenge and enjoyment of making! I've really enjoyed building the kit to date, and it's a fantastic piece of engineering that builds into a really impressive and accurate replica.

I'll probably do a build thread on the 'Replica Props' forum, once it's complete, with more details of the painting and finishing etc. In the meantime, here are a couple of recent pics of the work-in-progress. Apart from the wiring in of the laser, It's still waiting for some of the screws to be blackened and integrated into the look of the gun, and it hasn't had any distressing and weathering other than some attention with a small hammer! So it looks almost factory new at the moment with the exception of the emblems and handle plate (and thanks to Dave, again, for the tip in his build thread about blackening the pewter with stained glass patina... it works brilliantly).

Finally, thanks to Dave at TipTop, and to Anders P, for a fantastic kit! 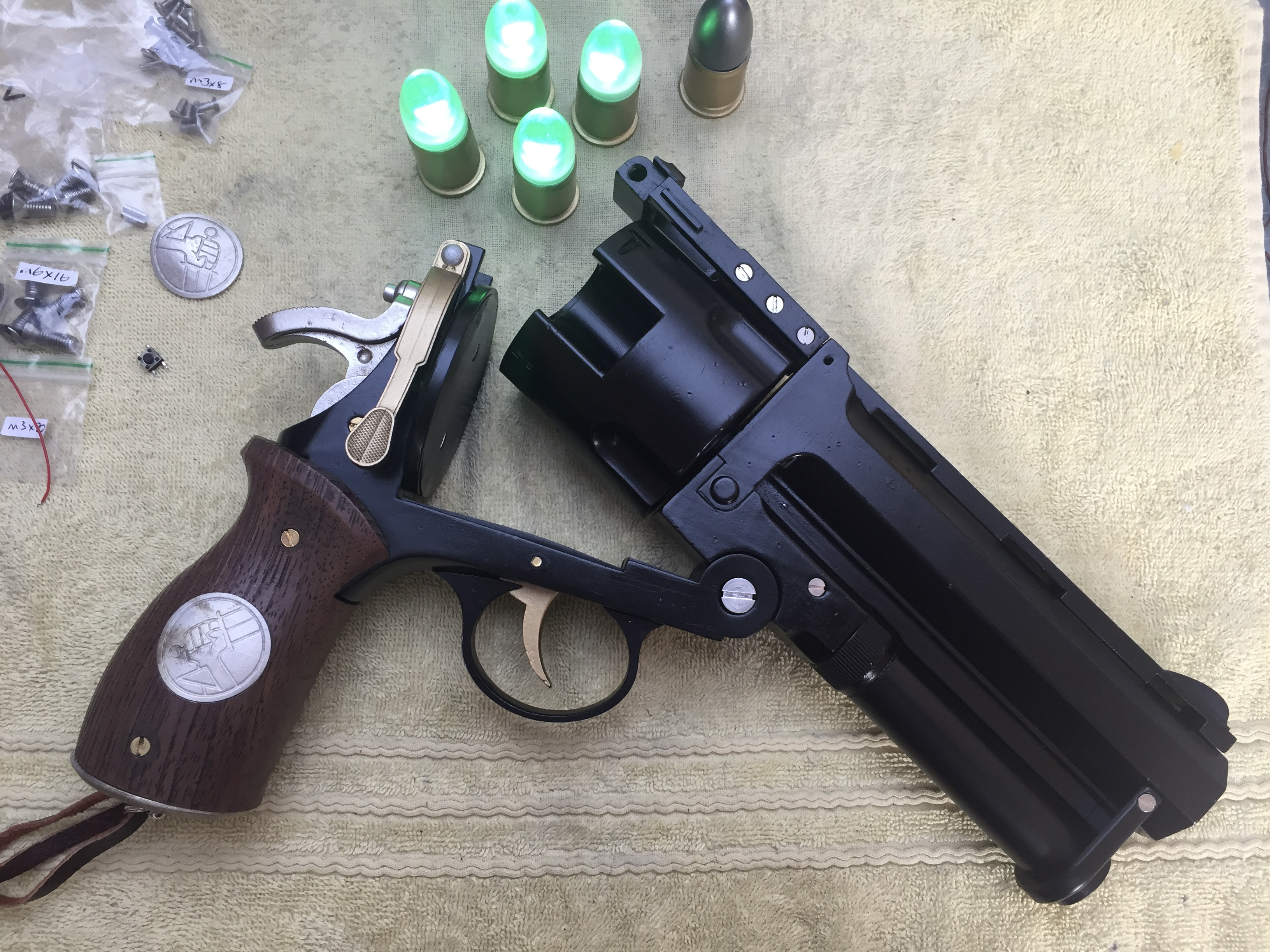 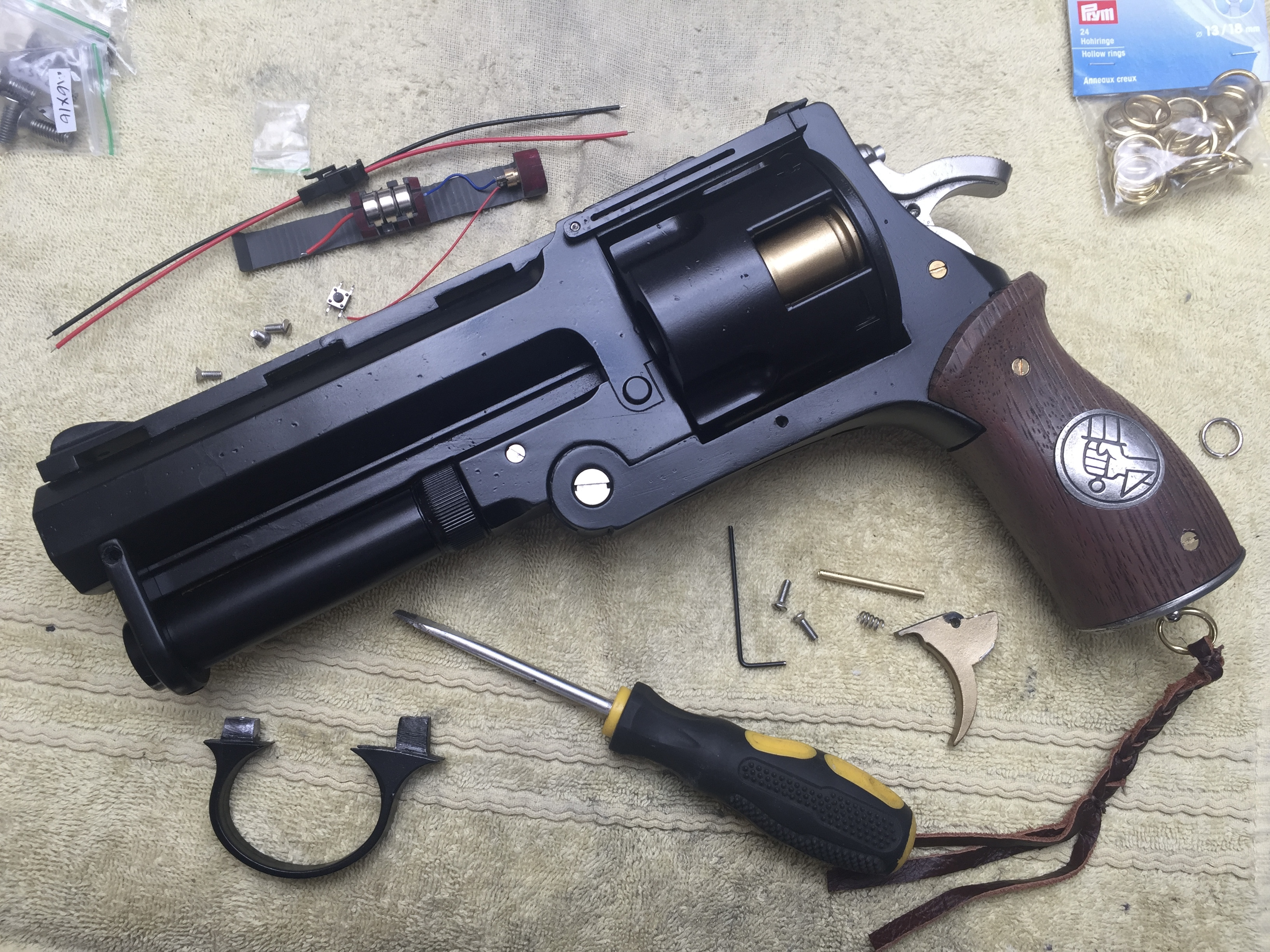 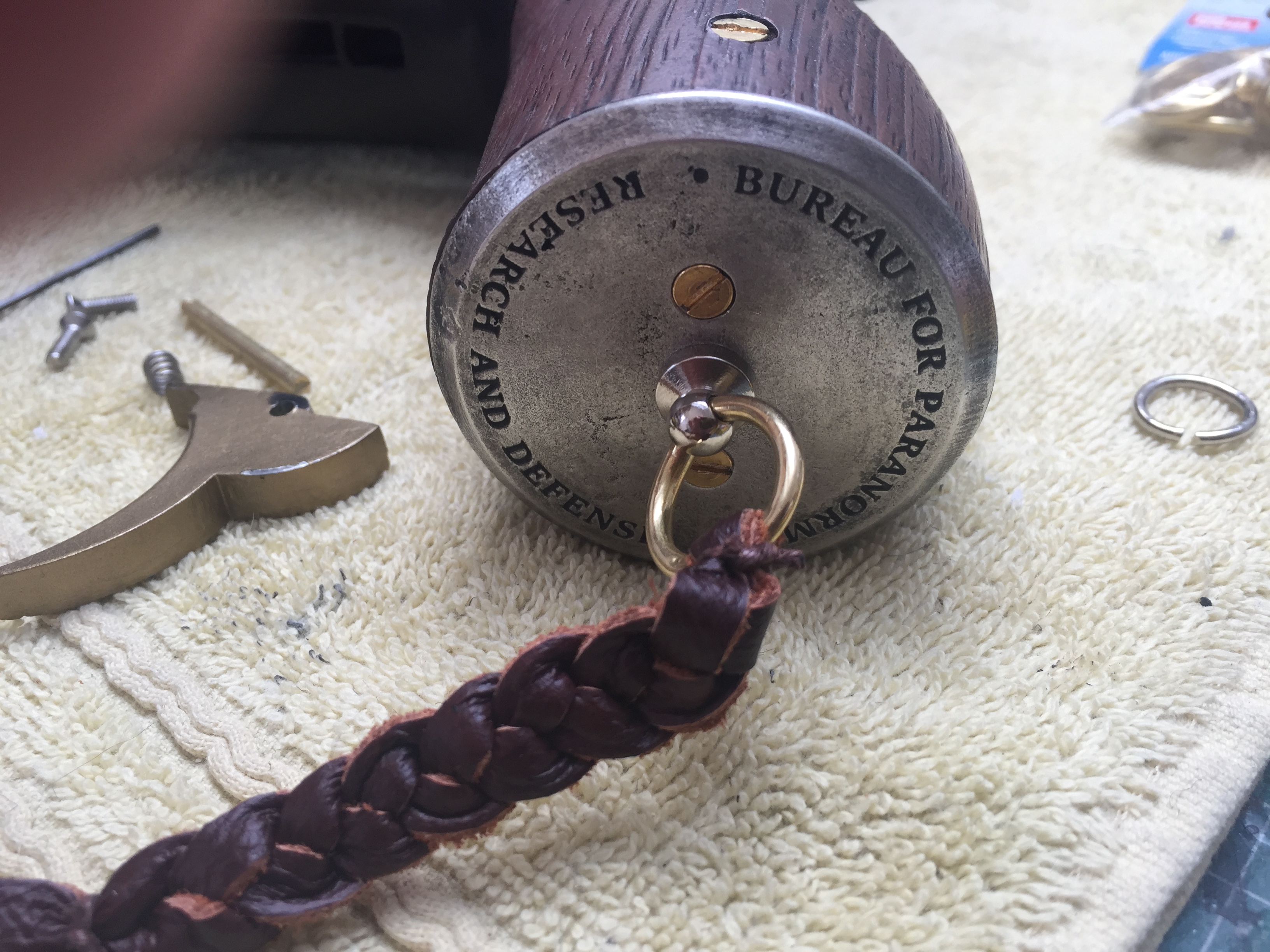 RPF PREMIUM MEMBER
Looking really good so far! Thanks for the feedback its super useful, myself and Anders are working on fixes and future improvements. I will update here with what we come up with

RPF PREMIUM MEMBER
Small update, Some of you are waiting for replacement parts. They are ready for you to be shipped out. the reason for delay is that I am also sending you all replacement Brass bushing and Barrel pin. I will have them all made Hopefully this week. Those of you waiting for parts I will ship yours first

Anders is still working in the background on the design solutions.

Please can I be added to the list for a kit. I'm in the UK.

PAULH said:
Please can I be added to the list for a kit. I'm in the UK.
Click to expand...

RPF PREMIUM MEMBER
I am ending the Interest list. From now on they will be available from our website here > TipTopWorkshop