I am looking to make a waist belt similar to the image attached. So far, I have thought of using an electrical box/cable tidy, has anyone made one of these before and can you think of any other 'off the shelf' items that could be used for this?

Waist belt and piping are easy, it's the box that I'm struggling with other ideas for.

The piping is not as easy as you may think. It is difficult to find hoses that are supple enough, not to drag the helmet around.
For Outbreak (as well as many other shows) We used commercially produced PPE blowers. In the case of Outbreak, the blower is a "Raycal" "Air Mate" and sometimes can be found as a 3M Air-mate. (3M bought Raycal) They come in 2 colors, gray and light blue. If you want to match, we used the light blue version, and made the belts with gray webbing.
The hoses for the Air Mate blowers are very supple and are what we used as well.
I just looked on ebay (3m Air mate) and there are blowers starting at $50 and 2 at $100, Hoses as well.
Funny, the older Raycal blowers are more expensive. They are the same thing.
Covid has made these more expensive, but you can still find them. 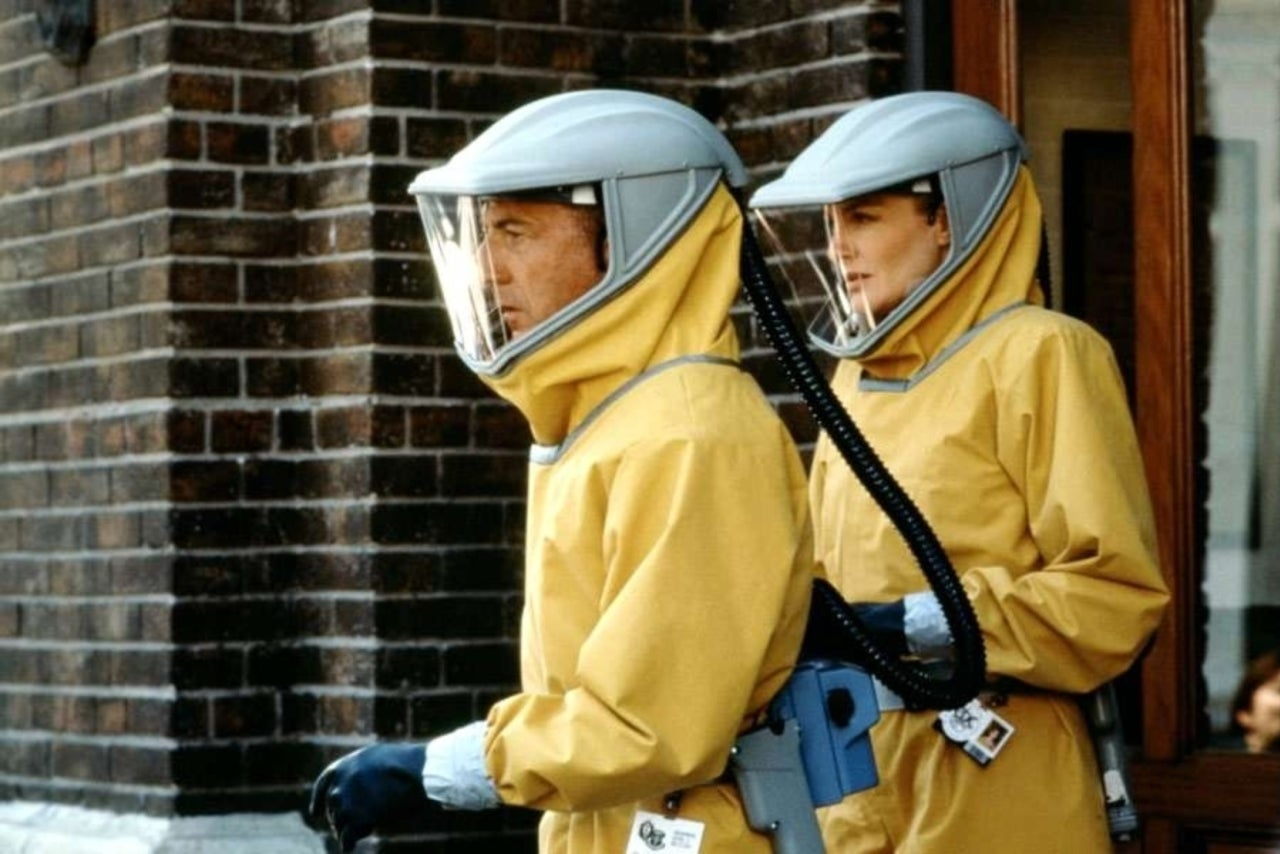 The gray battery pack (seen here next to the blower on Dustin's belt) was added to make it easier and faster to replace batteries during filming. They where fabricated from Makita 12v drill body handles. We purchased the drill cases/bodies from a Makita parts supply. We then cut off the handle and added a cast plug into the cut off end and added a small rocker switch on the cast plug. A gray webbing loop was riveted to the back side and these where worn "upside down" on the belt. You can find these drills on ebay pretty cheap
Here is a quick drawing from memory: 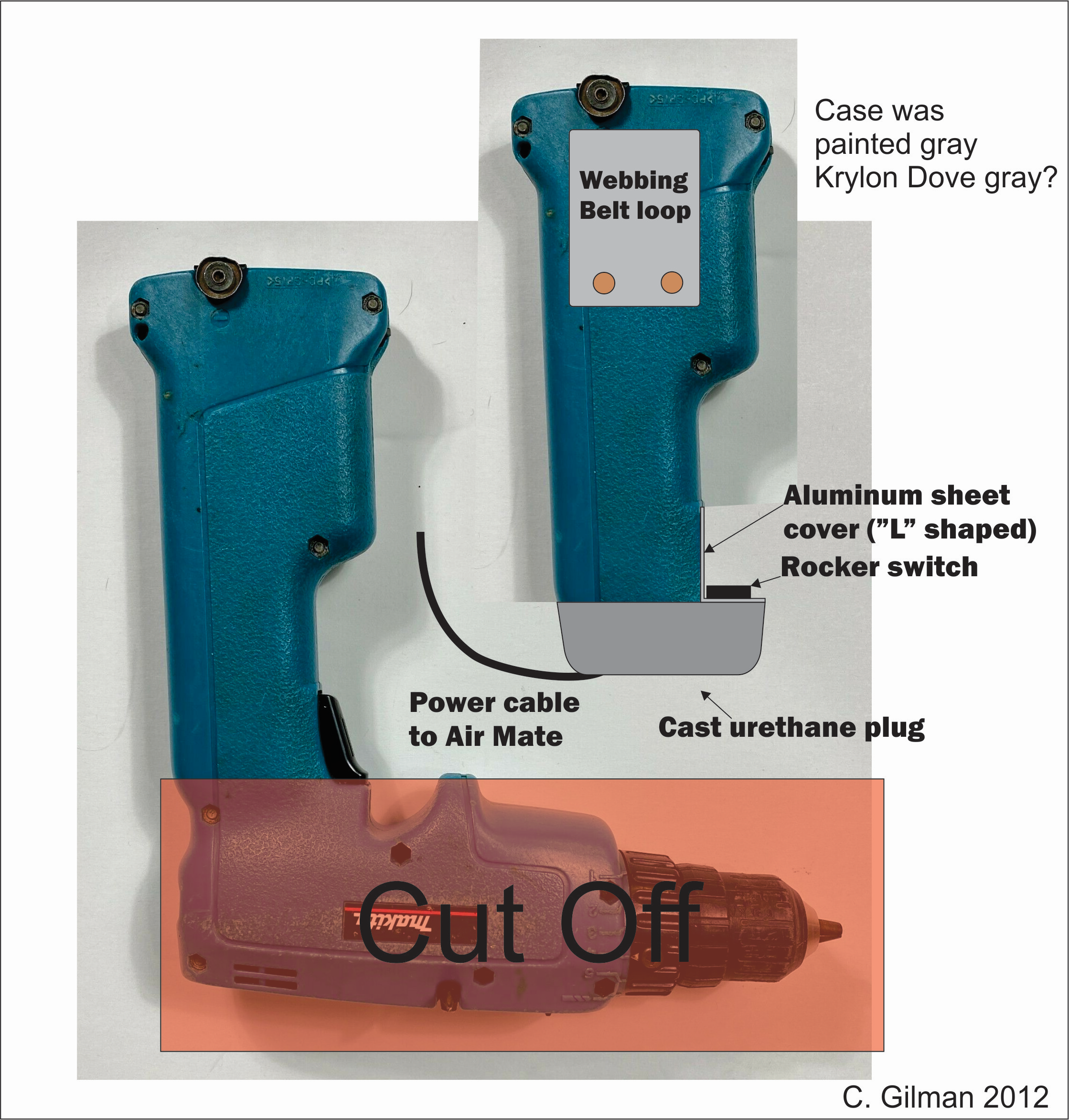