I dream of getting a black series 6" Millenium Falcon cockpit. Or, release different areas of the ship that can interconnect to build either an inscale Falcon, or "scaled" to fit the filming set interior for 6" Black Series.

Solos blaster said:
I dream of getting a black series 6" Millenium Falcon cockpit. Or, release different areas of the ship that can interconnect to build either an inscale Falcon, or "scaled" to fit the filming set interior for 6" Black Series.
Click to expand...

Yes, that would be totally awesome, but until then I am going to stick to the 1/12th Pepakura Falcon cockpit. There are several people working on various parts of the Falcon in various scales, and there are several high end 3D models out there e.g. the one made by our very own SteveStarkiller and we can only hope for a release of such a model. Since the resources are out there for the most popular models like the X-Wing or TIE or even the Falcon I personally hope for something a bit more obscure, e.g. a Death Star detention cell playset or a Star Destroyer Hangar or a Bespin playset or something like that. Something with play and display value. Something that sparks my ever so lame imagination. Something inspiring and not a repetition of old topics or fan faves. But I must say that I am mildly excited to see the rerelease of the larger Slave 1. A large Twin Pod Cloud Car would be nice.

RPF PREMIUM MEMBER
Honestly the market is there for this kind of thing. I mean it's adult collectors who are willing to pay good money if the quality and attention to detail are there. It's just a shame that Lucasfilm is so hit or miss with it's products and often it's fans who are producing the best items. Just look at Agatha Vincent's Cantina for proof at how insanely awesome the fan efforts can be!

I really think if they did more playset/ display items like larger scale vehicles or even locales from within the GFFA they would sell to adult collectors. They did a really cool looking Vintage Collection Jabba's palace section that I see boxes and boxes of at my local Walmart. How cool would it be if they released different sections of that locale that interconnected to make one giant playset/ display piece? Fans could collect all the sections or even just the ones they like the most (or can afford).

Jamesfett said:
You mean this one? Yeah,..I guess. Not much to it. Great for customizers.

i think Hasbro "MIGHT" be wise to cash in on the most recent films. and that silencer would go well with the pre-existing black series tie.
although an X-wing would be amazing too... we ARE getting a snowspeeder for regular release without the help of haslab, so there is hope, indeed.

as for the next thing, yeah last year at SDCC (or was it toy fair?) they confirmed it would be for marvel legends. everyone is almost certain it will be a very large sentinel.
im skeptical of large figures, it seems unicron was almost a dud. but if i it were up to me, keeping with the X-Men theme, the danger room playset in ML scale would be incredible!

and don't forget now we are getting GI Joe in 1:12(ish) scale so... wrap your head around that! you know we need a HISS tank and some other iconic joe vehicles. i'll be honest I've been trying to find a 1:12 remote controlled (empty) F14 tomcat i could paint up to be a skystriker! and yes its insane but how many of us ARENT?
J

I was really hoping they'd keep it in the Star Wars realm. There are so many cool things that could be done. How cool would a Razor Crest from The Mandalorian be???

RPF PREMIUM MEMBER
Any word on the next project?
J

Looks like they are doing a transformer and an xmen project... Our crowdfunding platform that hopes to bring dream products into the hands of fans. The Sentinel looks pretty cool - but not something i want to collect.

Funky said:
Any word on the next project?
Click to expand...

For whatever it's worth (and I don't know that worth myself yet) I follow a few Star Wars toy collectors on Youtube and they are expecting an announcement in August. Most reasonable possibility among the ones they have mentioned, to my mind, is a Sandcrawler. I'm sure I won't be able to afford whatever it is, but a Sandcrawler would be awfully tempting. As it is, I'm struggling to pull the trigger on the Black Series Snowspeeder.

Current rumor with some momentum is that it will be some sort of Dagobah playset, including a version of Red Five with swamp muck. This makes sense, in that it would tie-in to the 40th anniversary of ESB.

Here's hoping that if this is true, it will be an all-new, impressive X-wing design that is worth however much it costs. If so, it could make further sense as a vehicle that could potentially be released separately with different modifications and livery.

I was still hoping for a sandcrawler. Not sure why, exactly, as I would not be able to afford it if it were on the scale of the Sail Barge.

RPF PREMIUM MEMBER
Given the success fo the new Proton Wand, I would suggest a full size Proton Pack to go with it. Spirit has been successful with the undersized pack and done at a very low price, Haslab could do something much better and IT WOULD SELL.
Also the Ghostbusters Ghost Trap given the cost on the secondary market for the Matty ones.

RPF PREMIUM MEMBER
BAM and we get the Razor Crest at 30" length :
J

Hasbro uses its HasLab platform to make sure there's sufficient interest in Mando's ship, which will cost you $350.

Laspector said:
As big as that Sail Barge is, it's still not to scale with the 3 3/4 figures, is it? No way.
Click to expand...

The Razor Crest is going to be around 1/35 scale

RPF PREMIUM MEMBER
Man, I’m so close to pulling the trigger on this.
J

Funky said:
Man, I’m so close to pulling the trigger on this.
Click to expand... 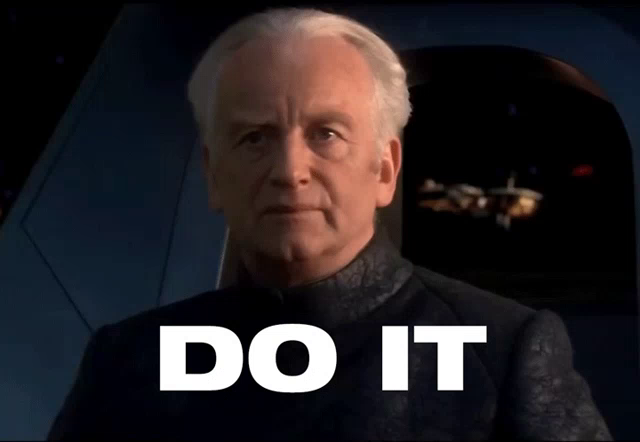