RPF PREMIUM MEMBER
I recently bought the top half of one from someone on here specifically for this blaster. I can't bring myself to destroy an original, though, so I'm going to use it as a guide to butcher and scribe a replica. I've got the Michell pieces, I've got the Paterson piece, I've got the Sec-O-Mat piece... I'm upgrading from the original in that I got an actual Uzi folding stock instead of the ugly solid casting. Still need to find a Marushin. The various other replica Uzis I've tried haven't been quite up to it.

Also, here's a closer look at the part in question: 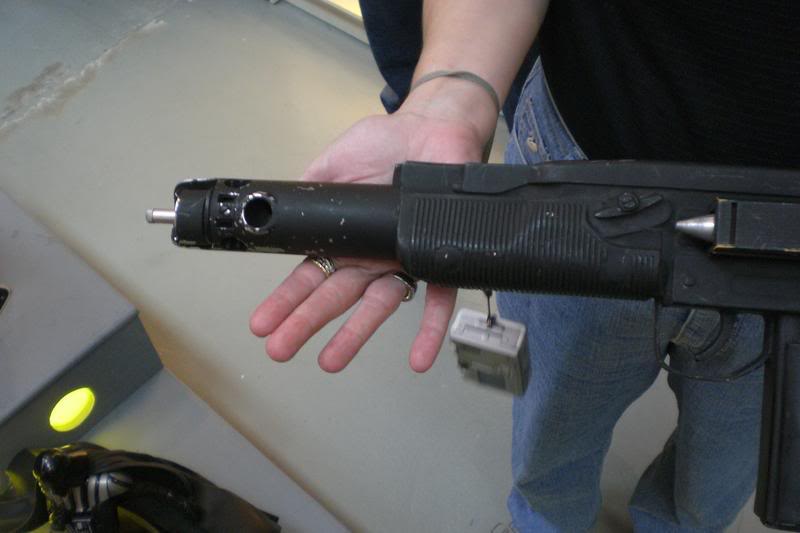 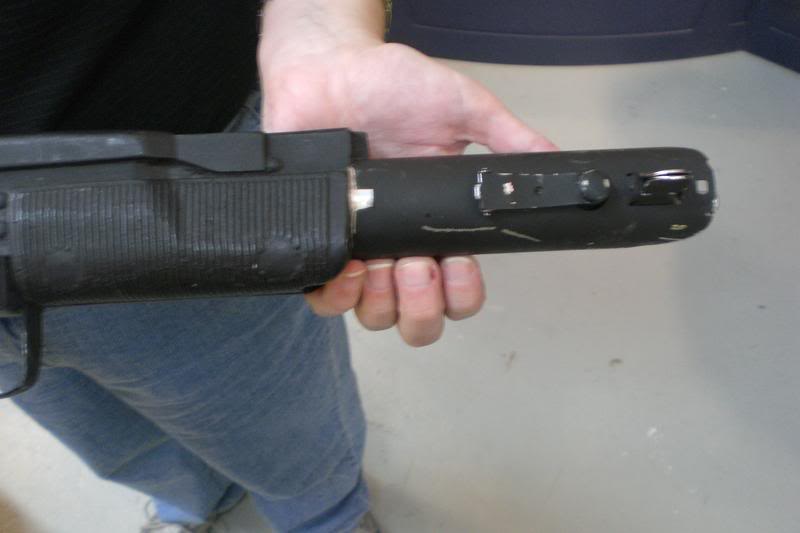 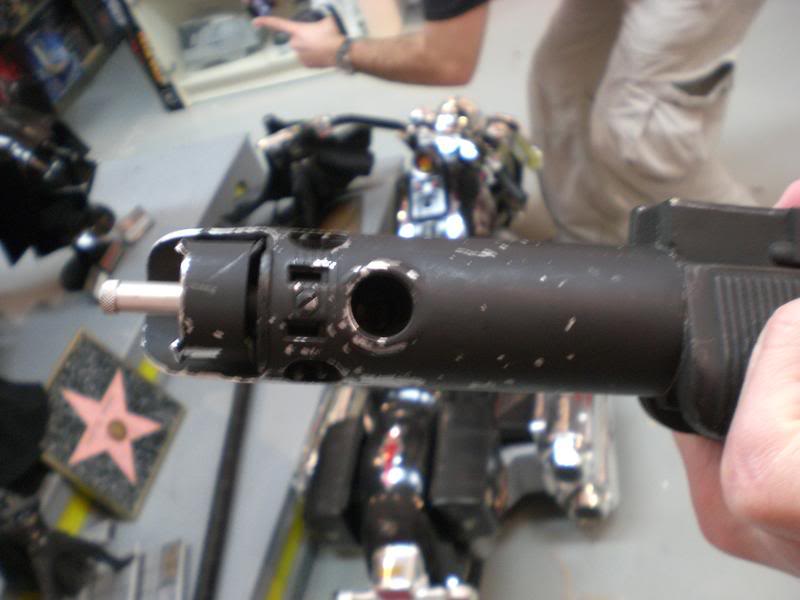 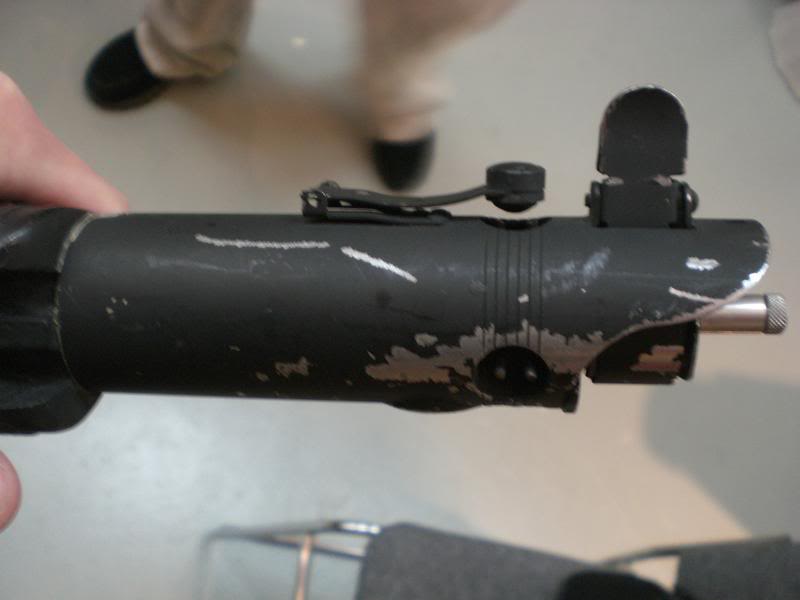 RPF PREMIUM MEMBER
I've had three of these telegraphs during my time, and hung on to two of them. It's kind of funny but I don't have any qualms drilling into a vintage Folmer for an ANH or ESB saber, but cutting a Telegraph apart is a step too far for me! Maybe it's the rarity of them? Anyway it's pretty awesome that the original boba prop is so well documented and people have been able to hold it in hand! Wish that were the case for some of the ANH sabers!

schrodinger555 said:
I've had three of these telegraphs during my time, and hung on to two of them.
Click to expand...

Lucky. I had all of the parts -- even an acceptable airsoft Uzi I could use as a base if I got everything else while hanging on for a Marushin -- except that one. I was hunting for literally almost twenty years for one. I'm willing to bet one of y'all always managed to scoop me on it. I've had several occasions where I found one not too long after it sold.

For my next trick, I need to replicate the "telegraph key", but come up with some "swarzy" reason for it to be there. This is the top of the blaster barrel shroud. What function does it serve besides potentially getting in the way of the sights? And, speaking of, I'm still torn between bending the rabbit ears together versus leaving them and putting a sight blade between them.

This is my whole "more accurate than the movie version" at play. I also converted all the black markings on the aluminum plate into slots. The knob turns that red mark in the arc, and I want to engrave tiny marks along that arc. Safe, single fire, burst, auto? Akin to the Mauser M712 or Sterling L2A3? Stun setting? Or should that be one of the other "controls'" features? Tempted to run a coiled wire from the Paterson handle to the grip assembly, in the manner of the Merr-Sonn pistols and several of the E-11s' "power cylinders" (which I feel are more likely part of the aim-assist apparatus). This became one of my favorite blasters the very first time I saw it.

RPF PREMIUM MEMBER
OMG I never knew what the tip of the barrel was. I have one of those, holy crap

if it helps, it was missing the tappy thingie

Treadwell said:
if it helps, it was missing the tappy thingie
Click to expand...

I think this model would be a good item to make a replica of. I think they would make a cool custom lightsaber and someone could offer just the top if they wanted to replicated Boba's proto rifle.

The first Graflex I ever owned was a telegraph version. I picked it up for only $25 on eBay and later sold it for the same reasons that you did; it wasn’t “the correct one” for a lightsaber.

RPF PREMIUM MEMBER
I'm hoping, as I am able to do more things and have access to facilities I currently don't because pandemic, that I can use my experience with the one I have to offer an alteration service for people who get or have one they want turned into the tele-Graflex version. It's mostly just turning it and scribing the lines, plus the "tappy thing" and its mounting base. But that's probably a year off, as far as I can project now.

Weird ROTS Vader helmet detail no one seems to notice or know what its for.

Yesterday at 10:41 AM
Jamesfett