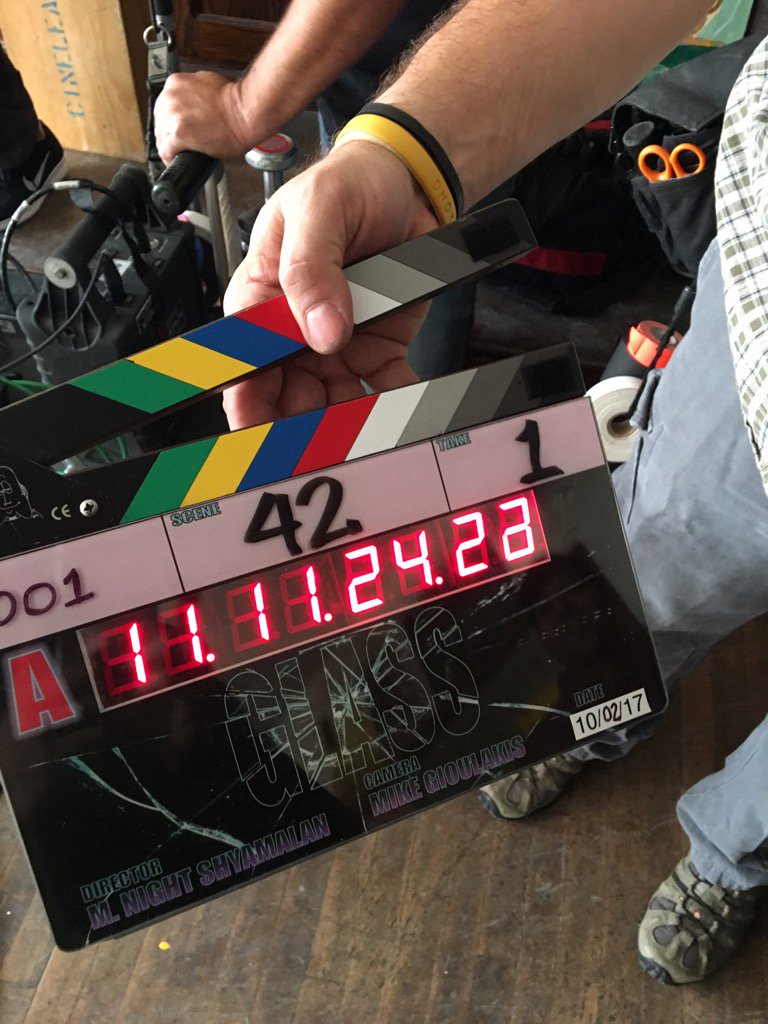 Boba Debt said:
I forget what the twist was from unbreakable
Click to expand...

Thoroughly looking forward to this.

RPF PREMIUM MEMBER
I don't have it and couldn't find it on anything I have access to. I guess I'll google it

Community Staff
Glass is going to have a panel at SDCC. So it's likely they will debut the first footage/trailer at Hall H.

Glass is my #1 most anticipated movie of 2019. I hope we won't have to wait too long to see the trailer after Comic Con.

Community Staff
MNightShyamalan: "Editing away on #Glass. Pass 8. Fat shedding. Seeing it as one story for the first time."

MNightShyamalan: "I’m so excited to tell you that @ GlassMovie will be at #ComicCon. I will be in Hall H on July 20th with the cast! You can expect a surprise as well…"

MNightShyamalan: "But if you need your #GlassMovie fix before July 20th, here’s the world premiere of our teaser poster." 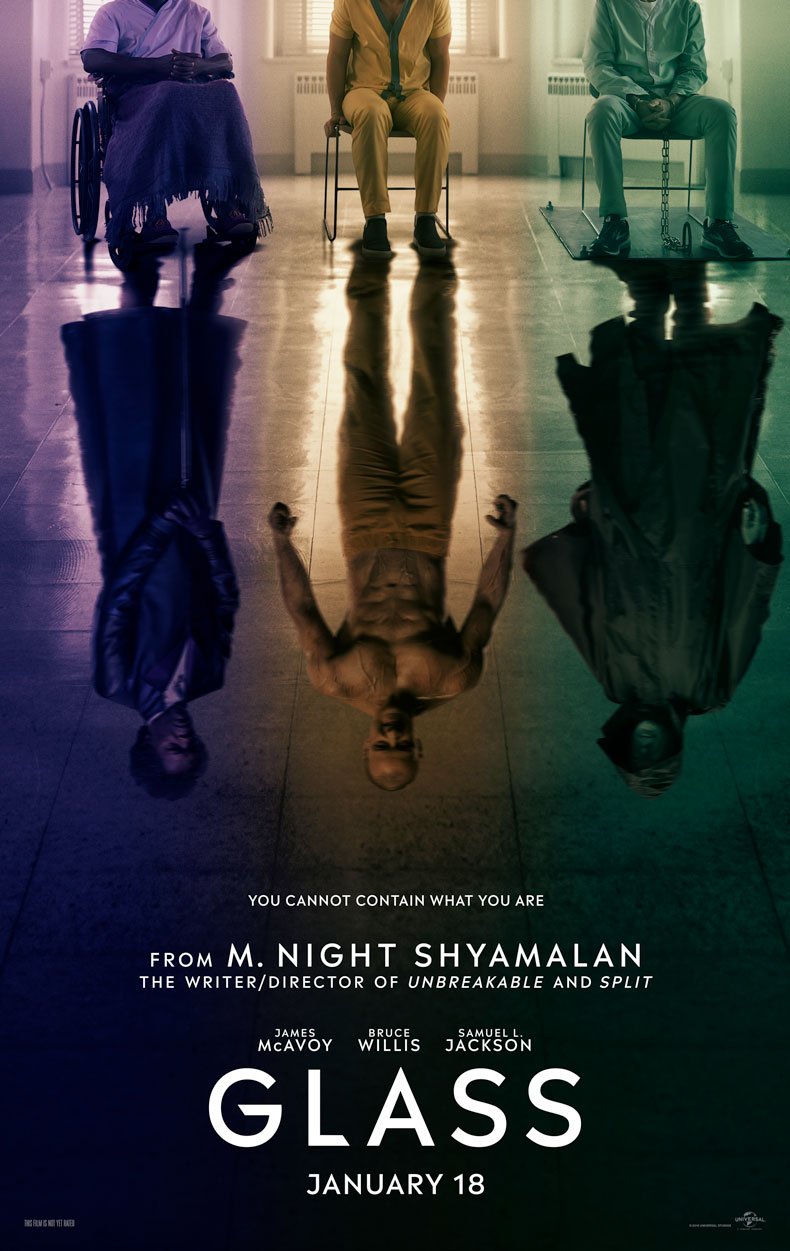 That 2nd to last pic has me well intrigued.

I wonder what Willis has done to get himself in the nuthouse.

RPF PREMIUM MEMBER
if i remember in the first movie Bruce ripped the car door open with his strength after the car wreck that "ended" his football career. then thru out the movie he discovers how strong he really is and has the power to see into peoples "thoughts" bye touch..... his only weakness was water. so that chain is pointless. MAYBE Macavoy is his son?? remember his son was gonna shoot him to prove he was a "super" hero :confused

From what I've read, Paulson's character is a psychologist who treats people who think they're superhuman. I'm wondering, since Glass is already incarcerated & probably getting treated, maybe The Beast also gets captured & held in the same facility. Somehow, Glass sells David out, just to get him locked up as well, just to see what happens.

I think there's going to be an interesting dynamic, because I firmly believe that The Beast's origin is directly related to the train crash that Glass caused. I also believe in the theory that the kid who was being abused, that David sensed, is also the a younger McAvoy. So while people are excited to see a showdown between David & The Beast, I'm interested to see how The Beast reacts to the man that killed his father & set off his life of abuse.

Methinks that pic is exaggerated a tad.

Thinking about it, I would bet that David has something to do with the capture of the beast and that is how he is discovered.

mattycsi said:
Thinking about it, I would bet that David has something to do with the capture of the beast and that is how he is discovered.
Click to expand...

Maybe Mr. Glass sells out the Beast to get him in the same facility just to help Glass to escape......
M

mattycsi said:
That 2nd to last pic has me well intrigued.

I wonder what Willis has done to get himself in the nuthouse.
Click to expand...

Perhaps mentioned elsewhere - but I'm intrigued that, in that same pic, Willis is shown in restraints (i.e., perceived as posing a danger), while McAvoy is completely free.

hansicle said:
Maybe Mr. Glass sells out the Beast to get him in the same facility just to help Glass to escape......
Click to expand...

Mr Glass has been locked up for 14 years though. How would he have the info to sell him out? Unless I missed it there is no connection between them in Split, theres a possibility there could be some silence of the lambs stuff going on with the Horde after his escape.
I'm thinking the end of split was David's call into action and something has gone sideways for him in his encounter with the Beast. I'm guessing he is in chains due to his strength, which means they must believe him to a degree, as he's not jacked like the Rock. Maybe he is not breaking the chains as he feels he is in the best place to stop these 2 if they go postal.
Whats worrying, is that we have seen the beast walk up walls, id want him tethered the most.
You must log in or register to reply here.
Share:
Facebook Twitter Reddit Pinterest Tumblr WhatsApp Email Link
Top