Had a nice suprise wind up on my doorstep on Christmas Eve....
a full size alien head I had ordered from a fellow on the clubhouse forums.
It comes with a very nice clear dome, which doesn't show up well in the pics.
Just a few shots for now, no clean up done yet. This ones gonna be fun!
The tape measure in the one photo is open to 3 feet, just to give a size reference.
Mike 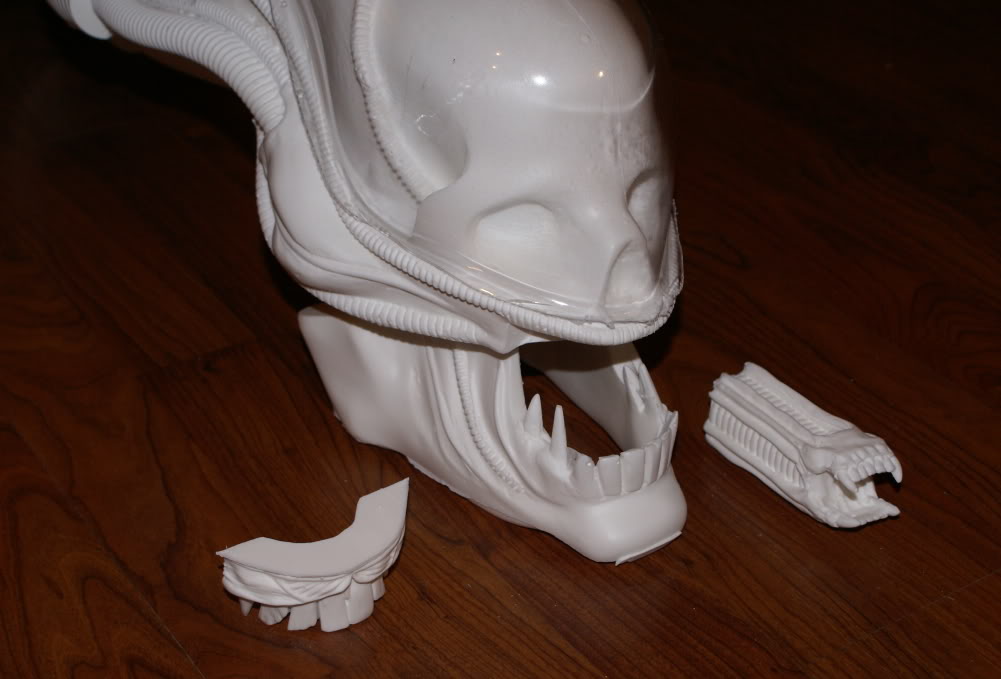 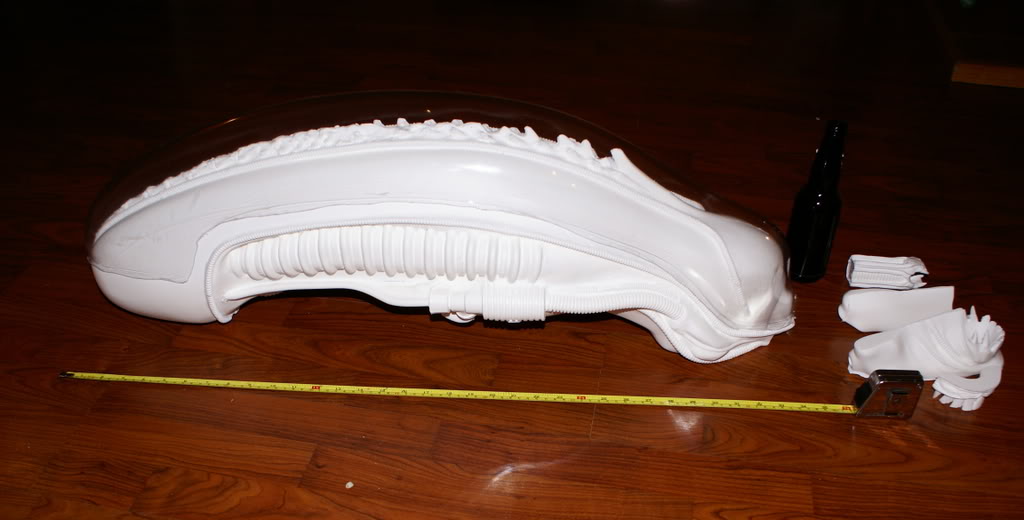 Can't wait to see some paint on this.

Wow!!!
Searching this one for years now! Could you tell me more about it!??
Is this kit still available?
Will looking great!

joyrex said:
Wow!!!
Searching this one for years now! Could you tell me more about it!??
Is this kit still available?
Will looking great!

They're the makers of this great bust.

Thank you very much sabres21768 for that link, I very appreciate that!!!

Yeah I initially contacted Paul on the clubhouse....then he gave me the contact of the person who actually has them or molds them now. Good Luck!
Mike

Well I finally got back to this after months of having it halfway done.
I added the jaw ligaments using unlubricated condoms stretched and glued, which were then coated in resin and painted.
The "lips" are condom over coathanger which was epoxied into place.
(I think, now lookoing at the pics, that they could use some texture...hmmm...)
I may still want to do some touch up work overall, such as on the base, which is quite rough,
but for the most part it's finished.
Thanks for checkin it out!
Mike 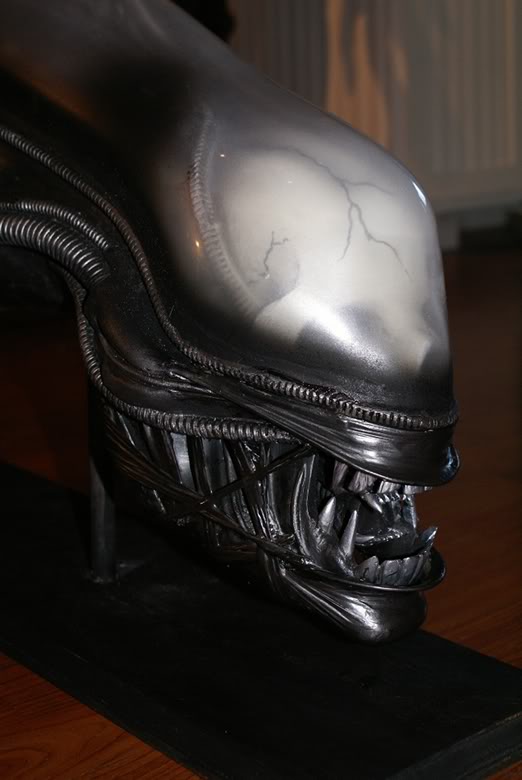 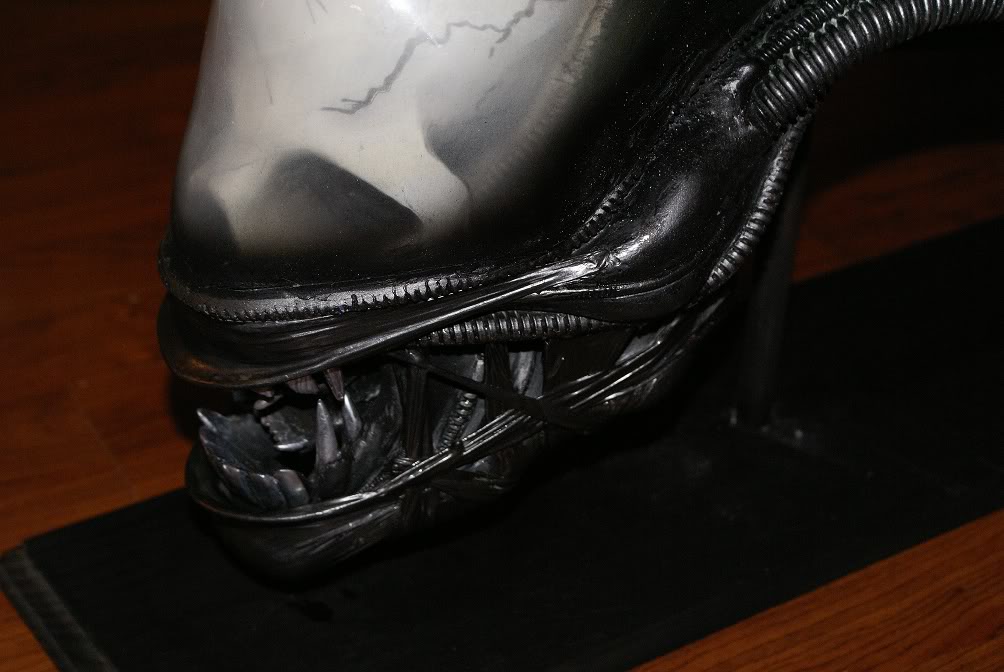 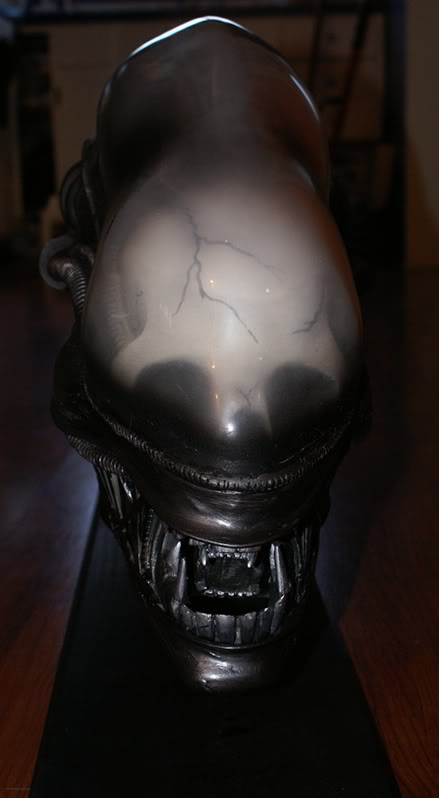 Lookin sweet bro. How much was the kit by the way?

If you dont mind me asking.
9

Yeah, I would also like to know the price on this piece, it looks awesome man...

Shaka-Zulu said:
Lookin sweet bro. How much was the kit by the way?

If you dont mind me asking.
Click to expand...

Not at all.
When I purchased, they were 175.00 plus shipping...
Hope this helps
Mike

Best use of a prophylectic. Ever.