I've spent a year adapting the 1:24 Fujimi Spinner for lighting, and it's almost broken me. It has 5 circuits and about 70 LEDs. I've already "sequenced" the lower lights the old school analogue way with 2 transistors, a capacitor and a 555 timer. Now I need to sequence the bubble dome lights, for which (I think) I'll need a board with multiple channels for breathing light sequences. Any advice on where I should look for a specific board like this?

- About 12 channels for pulsing / breathing lights
- Lights breathing at slightly different speeds
- All on a board approx. 6cms x 4.5cms.

Does anyone have any advice on where I should look? Thanks a Lot. 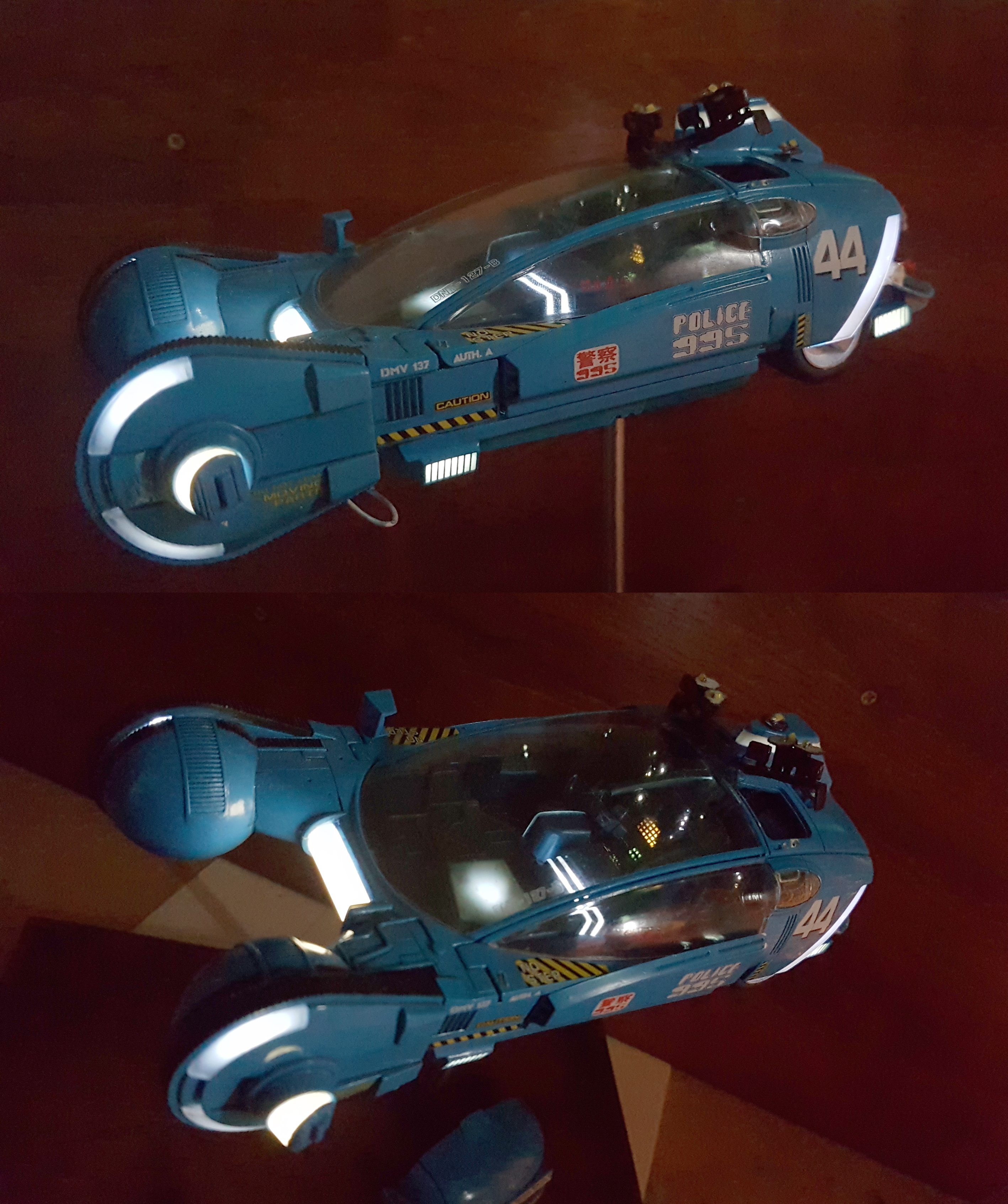 A small Arduino if you want to learn how to code or already do so. A BBC micro:bit or Circuit Playground Express if you just want drag and drop simplicity. Neopixels are one brand name for a family of related CPU-controllable LEDs.

Thanks so much for this information - I've had a good look at it, and bookmarked a lot.

I'm limited to teeny smd LEDs, as the housing is so small (everything is microscopic in scale on this thing), so I don't think smart LEDs are going to help.

I took this project on a year ago because I was obsessed, and I've learned a ton (I'd never used a soldering iron before...) was hoping to avoid the CPU route, as I'm already at the end of a long and extremely arduous learning curve on this project, but it looks like I may have to take the time and go for it.

Okay, I've ordered some arduino minis and an FTDI interface. Rock and Roll.

I just posted a reply to your query at HobbyTalk, I used a Arduino Pro-Mini, 0603 SMD LEDs and 33AWG Mag-wire for my effect, https://www.hobbytalk.com/bbs1/305-model-lighting/587145-lighting-advice-fujimi-spinner-kit.html

RPF PREMIUM MEMBER
A smart LED feeding a fibre optic is one way around the space issue.

teslabe said:
I just posted a reply to your query at HobbyTalk, I used a Arduino Pro-Mini, 0603 SMD LEDs and 33AWG Mag-wire for my effect[/MEDIA]
Click to expand...

The spinning effect is quite convincing!

teslabe said:
I just posted a reply to your query at HobbyTalk, I used a Arduino Pro-Mini, 0603 SMD LEDs and 33AWG Mag-wire for my effect, https://www.hobbytalk.com/bbs1/305-model-lighting/587145-lighting-advice-fujimi-spinner-kit.html

Thanks for this. Really satisfying work.

nkg said:
The spinning effect is quite convincing!
Click to expand...

One thing a Spinner should do well...