Anyone know why First Order Troopers are not FN designated?

RPF PREMIUM MEMBER
Because that would make too much sense but on a serious note, the designation was created and decided on before the movie. Lucasfilm supports and helps the 501st, but they still dont provide secrets regarding unreleased movies. All we knew was the (F)irst (O)rder, not that Fin came from an FN designation. The 501st guys are so amped to be the first to make something, though, so that's the way it goes sometimes.

RPF PREMIUM MEMBER
I guess I should also say that the 501st designation is FN. Like I am TK-42020 in my classic stormtrooper, TD-42020 in my sand trooper, and I will be FN-42020 in this armor, the FOTK is the less official designation/shorthand for first order, so you know what trooper you are talking about

RPF PREMIUM MEMBER
Unless something changed the 501st designation is still TK for FOTKs for whatever reason. I didn’t argue much when I got mine approved, but you hear them say FN and TK in the movie so it’s not 100% one way or the other.

Hello MIMIC, are you out there?

Just letting you know, in case you were not aware, you did not do as your last post stated, as usual.

Can you please update us?

Looks like he is moving to the every 2 week schedule.

Of course, he did say he was not even going to come back to this site until he had something to show...So I am not sure when we will see him again.

Almost tempted to see if someone wants to buy my spot in line and take my 1st half of parts so I can build something else.


On a positive note my vonreg got approved here's a pic for fun. KB props is rocking it 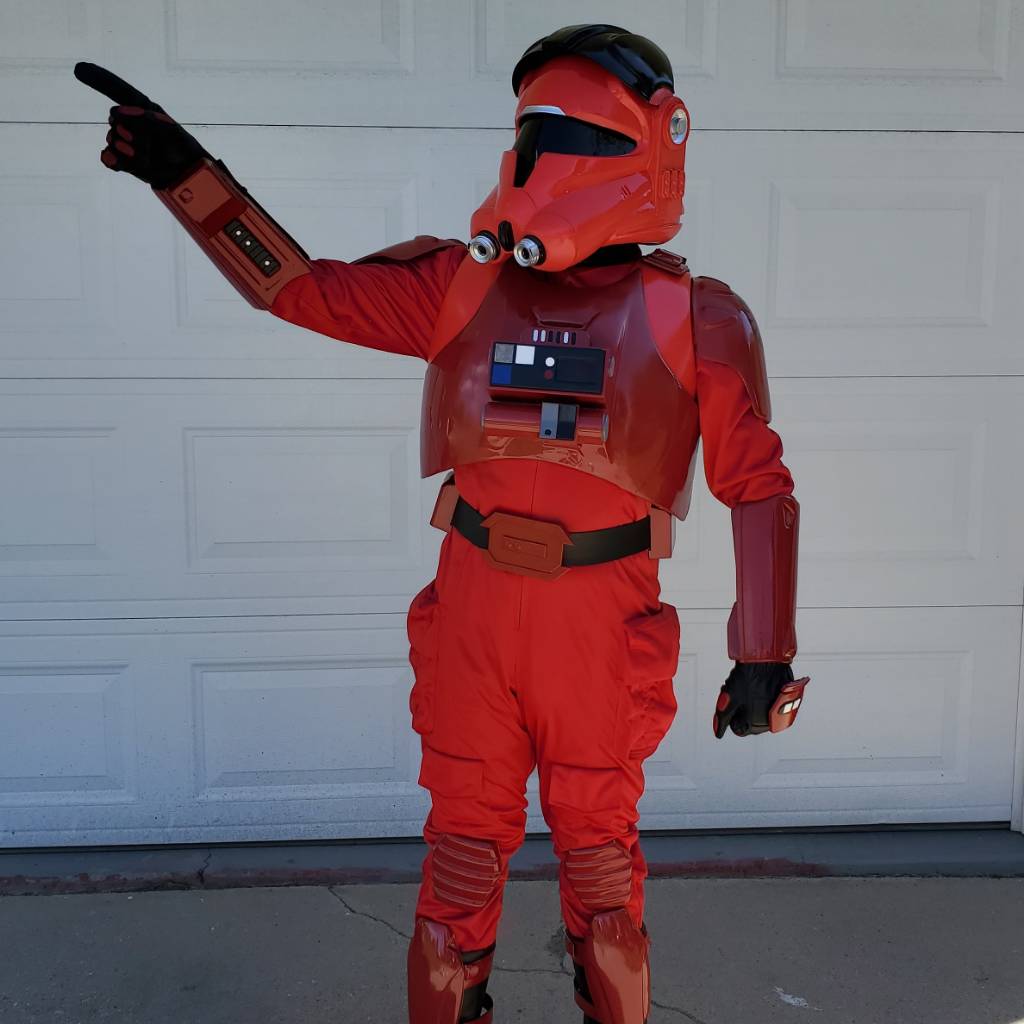 MIMIC said:
Anyway, work will be resuming fully by the 2nd of June and my aim is to begin shipping by the end of that week.
Click to expand...

We want the proof pudding MIMIC, you still haven't responded to my PM...

Thetruth1777 said:
We want the proof pudding MIMIC, you still haven't responded to my PM...
Click to expand...

Crookknight said:
Looks like he is moving to the every 2 week schedule.

Of course, he did say he was not even going to come back to this site until he had something to show...So I am not sure when we will see him again.
Click to expand...

And that's how he is going to keep bumping off the delivery dates. He will say I almost have the thermal detonator near the correct roundness but it's not round enough. I will be back with an update plus a delivery update soon. I Will answer your Pm when I can.

Since I have time on my hands and this sales thread has turned into a way for all of us(Buyers) to communicate while the seller(MIMIC) rarely can find time to talk with us, his buyers, who have invested heavily in his product...I thought I would put together a little timeline of his promises this past year. See below....This may shock you to see how many times he has pushed off showing us anything and keeps coming up with new excuses...The truth would serve him better at this point.... Even though I put the timeline starting from January and going to today, I wrote it backwards, so my comments keep stating how we have not received anything as of June 12th, in case it sounds confusing.

You will notice, he starts of great in the beginning of the year with his updates and pictures. As time goes on, it is longer between his posts, more vague and general, with no pictures...It is as if he is slowly fading away...

January 2nd: Updated people on refunds and such.

January 15th: He posts amazing pictures of the arms. The quality and attention to detail are great.

January 24th: He states he is close to having everything ready for casting and has every intention of shipping things to people in time for Celebration.

February 4th: He states he will start casting by the end of February....

"Hello everyone- I will answer each of your individual queries this evening.

But the short version of the update is casting begins next week!!! "

Ummmm.....we have only seen new castings of the legs and thermal detonator....nothing else.

March 10th: He states they will be easier and more efficient to cast and promises to start shipping soon.

March 15th: States he is casting up legs...Arms and remaining stuff will be after.

March 24th: MIMIC gets everyone excited by sending pictures of the legs (still nothing on the arms though). States it will be ready for celebration...

April 7th: He states in response to my question if the people that needed it for celebration were going to get his armor in time....

"Shipping WILL BEGIN NEXT WEEK!! But yes probably it will be too late for celebration which I am truly sorry about- Is anyone in the first few on the run going to celebration out of interest?"

April 10th: States he replied to PM's and stated that he had received his packing supplies so he would be shipping within 1 week.

"I’ve found the alternative but it takes a good few days to fully cure so I have bigkilo’s, Empires and Rogue Nuggets clamped up and casting/trimming the next few sets ready to be clamped up. But within days people will begin to receive the new and improved armor and I’ll leave the reviews and photos to you guys from here on out! As of June 12th...nothing. Not sure what happened and why 2 months later we still have nothing. hmmm...

April 23rd: He responds to some questions, but ends up getting in a debate about giving refunds. I asked for pictures and he stated soon... As of June 12th...no pictures.

April 25th: He responds to a few questions, but no update.

May 5th: He states the following: "Finished armor will begin flowing from my premises any day, as soon as every detail is up to my standard- just please bare with me a couple more days in the meantime I hope everyone enjoys their weekend."

May 16th: He states he has moved his workshop and shipping will begin very soon and he will send tracking information so you know it is coming.

May 29th: He freaks out they things have gotten sour again....That is what happens when you keep breaking every single damn promise that you make. States there is good news that his workshop is "Almost" setup. Concentrate on the word "Almost". This leaves it open for his next update to say he just finished setup or is lacking something to complete setup. He states he will resume by June 2nd and start shipping within one week...Well we all know that did not happen and frankly I was 100% sure it was not. He also states he was going to answer PM's, but he has not been on-line since May 29th as of today...June 12th.

June 12th: Nothing. As of today...So as you can see from this timeline, since January 24th he has been stating, constantly, that shipping is happening within a couple of weeks....That was 6 months ago....So when you see that I am frustrated on this sales thread, there is very good reason. I wanted this stuff before Episode 8, like he said we would have...Now I am just hoping that we get it by Episode 9....in about 5 months...but if it keeps going like this and his updates get farther apart and more vague...I highly doubt it.

All I want is to get what I paid for and for MIMIC to be completely honest with us about his progress and intentions.
Last edited: Jun 12, 2019

You won't get it in time for Skywalker.

Empire said:
You won't get it in time for Skywalker.
Click to expand...

Is Mimic hoping he will get banned then that will be that with this mess!

Bout only use for mimics joke of first half armor.

Ab is way to tight and now flexible at all. Chest doesnt line up and I think after just sitting parts have warped

Truly the worse joke ever 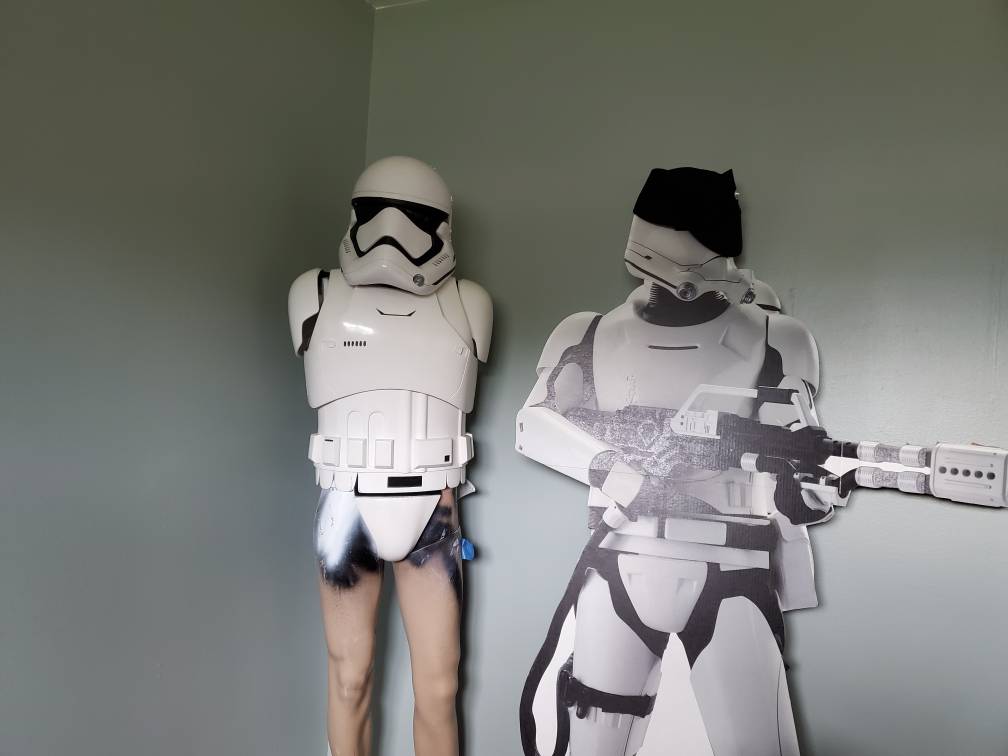 Well, I think MIMIC is Disappearing. All I know is if he shows up again, I better not hear his ******** about how everyone is against him. I better see photos of the finished product being shipped out. We have given him unlimited breaks on this stuff and it must end. I am tired of being lied to.

For him not to even check his own sales thread for over 2 weeks is ********. I guess he figured if he does not check he will not see the torture he is putting us through so therefore it does not exist. What a bunch of crap.

Sorry for my swearing, but I am getting tired of this. He is a liar, plain and simple. Just look at the timeline I posted. It shows how he strings us along. I bet he is out of money and materials.

RPF PREMIUM MEMBER
I'd love to hear some comments from admins / moderators in this case... How long do they tolerate these kind of situations before a ban is given?

TomVDJ said:
I'd love to hear some comments from admins / moderators in this case... How long do they tolerate these kind of situations before a ban is given?
Click to expand...

They have said in the past they usually don't ban when there is some communication otherwise the members will really have zero chance to get their stuff.

In the hope that I will someday get my armor, I do not want to ban him and have this thread disappear. I am for banning him on posting any new sales threads.
You must log in or register to reply here.
Share:
Facebook Twitter Reddit Pinterest Tumblr WhatsApp Email Link
Top