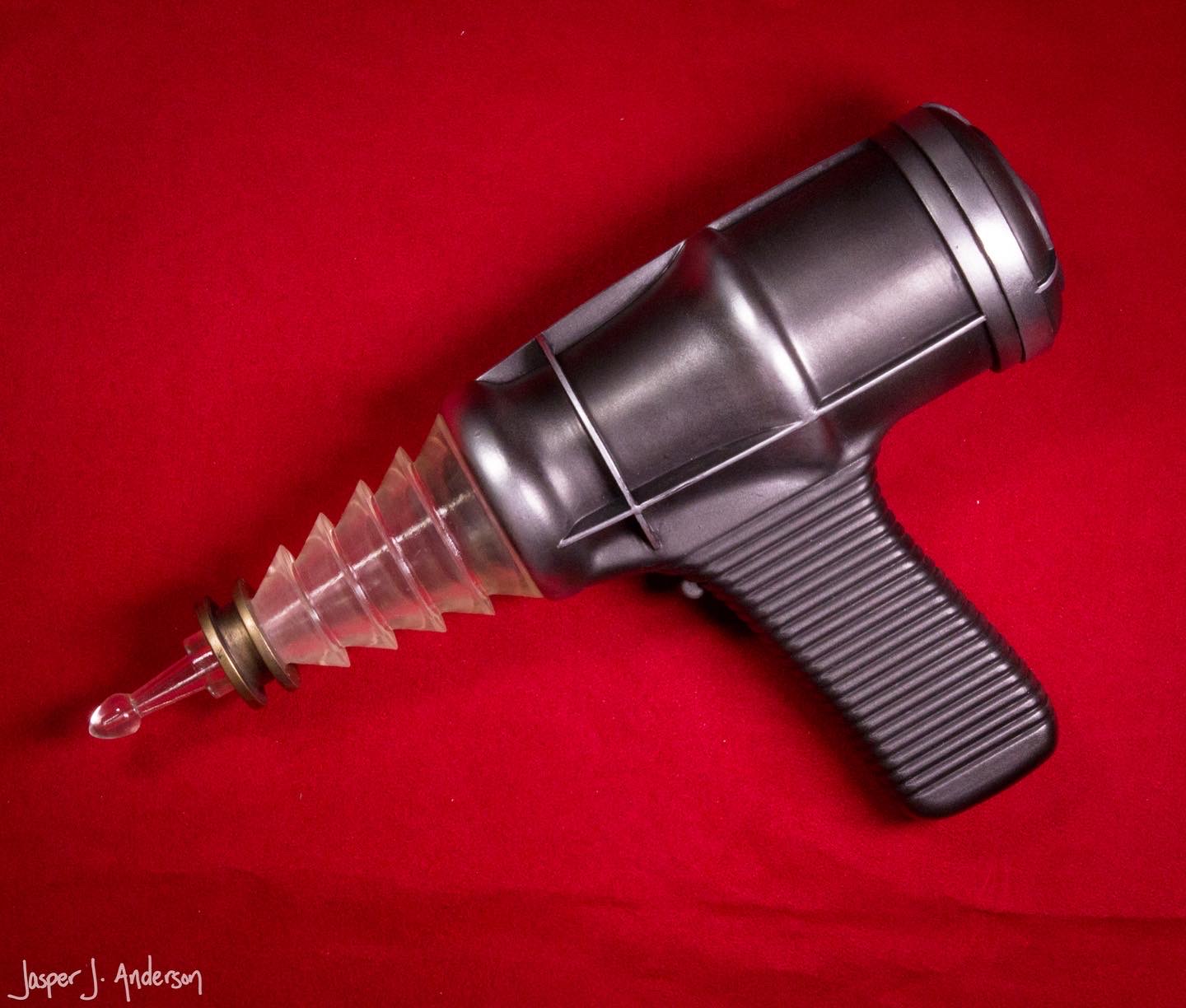 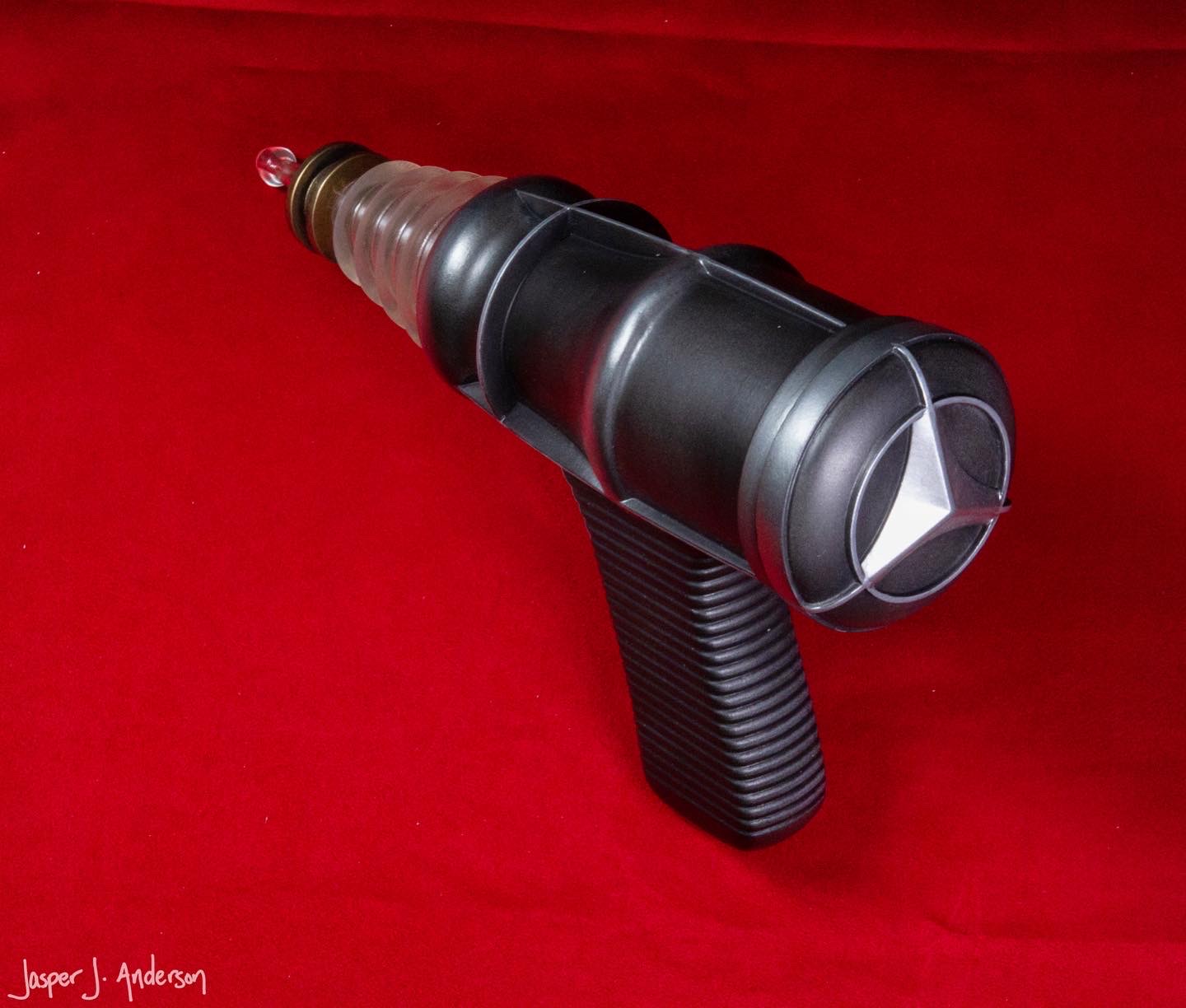 Forbidden Planet! I was wanting to do a simple, classic Sci Fi project, and found a great 3D model of the raygun from the 1956 film best known for introducing Robby the Robot, Forbidden Planet. It was modeled by “TheOther10” on Thingiverse ("a simple Blaster" by TheOther10).

I printed the body and handle on my old FDM printer, and the more detailed and clear parts on the EPAX X1 resin printer. The clear got a touch yellowed, but it's pretty neat that you can make a one-off solid clear object like that. I jerry rigged one of those freebie Harbor Freight flashlights to the trigger to get the light up action! Kept the paint simple with rattle cans and Alclad model paints. I did a terrible job of taking progress photos during this, but this was the initial assembly: 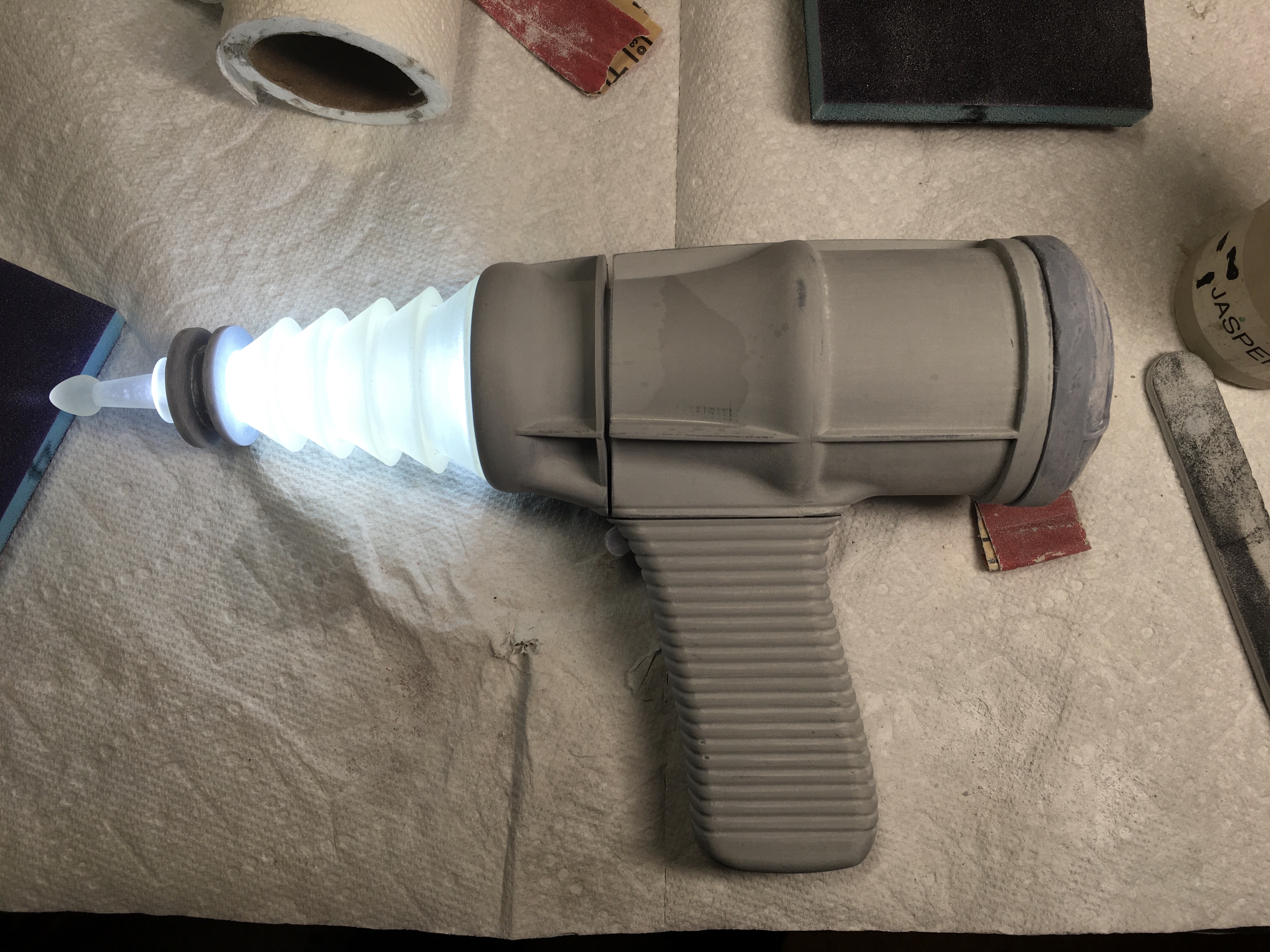 You can see the light grey parts are the FDM prints with a high build filler primer. The resin parts just had a light sanding at this stage.

Here's a little video of it lighting up:
http://instagr.am/p/B_X9leuFrkm/

RPF PREMIUM MEMBER
This is so cool! I’m tempted to build my own!