My original plan after sculpting my bio was to sculpt some feet, but now my wife's been bitten by the sculpting bug, she's taken the clay for the mask she's going to sculpt. So, in the meantime I thought I would have a go at learning what I could do with foam. I decided the easiest thing to do would be to use slip on boots so I wouldn't have a join at the back, it just meant the hole for the ankles would have to be quite big. so the first thing to do was to cut out a hole for the boots, I then marked out the rough shape of the foot and cut it out. The next step was to glue another piece of foam on top, this gave me the height I needed. 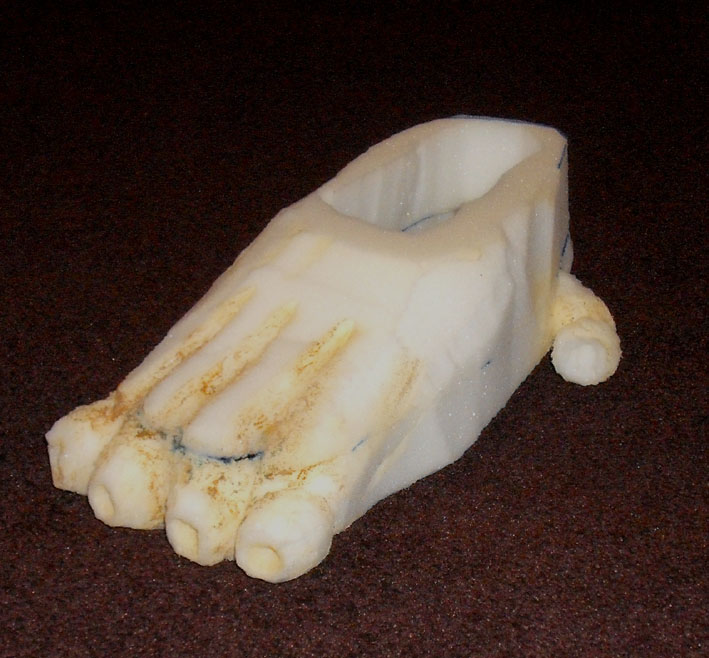 I added a toe at the side then used an electric carving knife to carve out the rough shape. For the final shaping I used a gas soldering iron with a hot knife attachment, making holes now for the nails to be fitted later. the feet were now covered in 2 layers of latex, with some thickener and white acrylic mixed in. As I was using quite dense foam, the latex covered it quite easily. 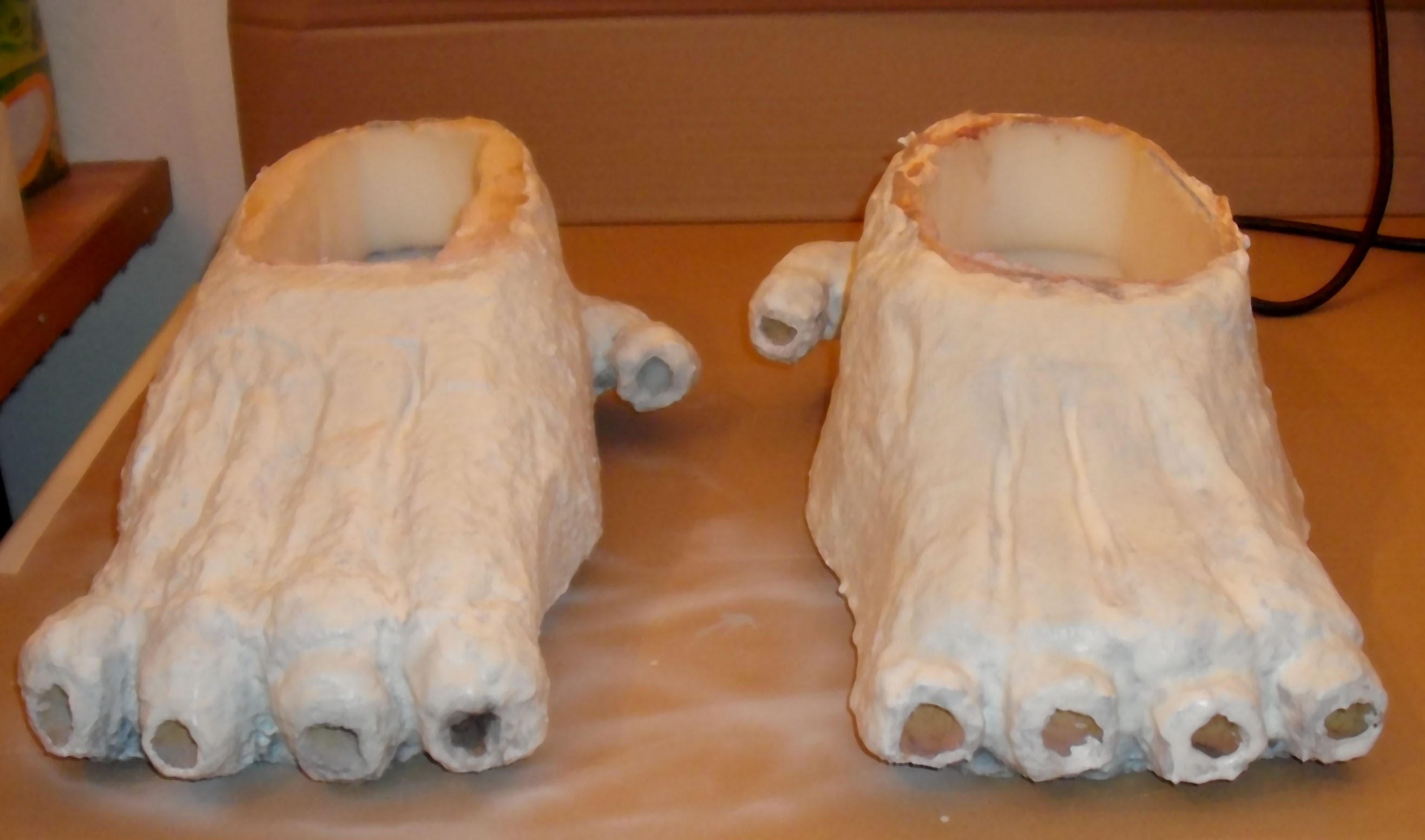 I used Aqua Fix to prime the latex, and had a go at airbrushing some different coloured spots - all I ended up doing was making it look like a foot with liver spots, so I ended up covering it in off white, then I used a pale yellow in random shapes, now I tried just hand brushing a pattern on, this came out better, but the foot was missing something, so I stuck on various bumps before painting again, the pic shows me starting to apply the bumps. 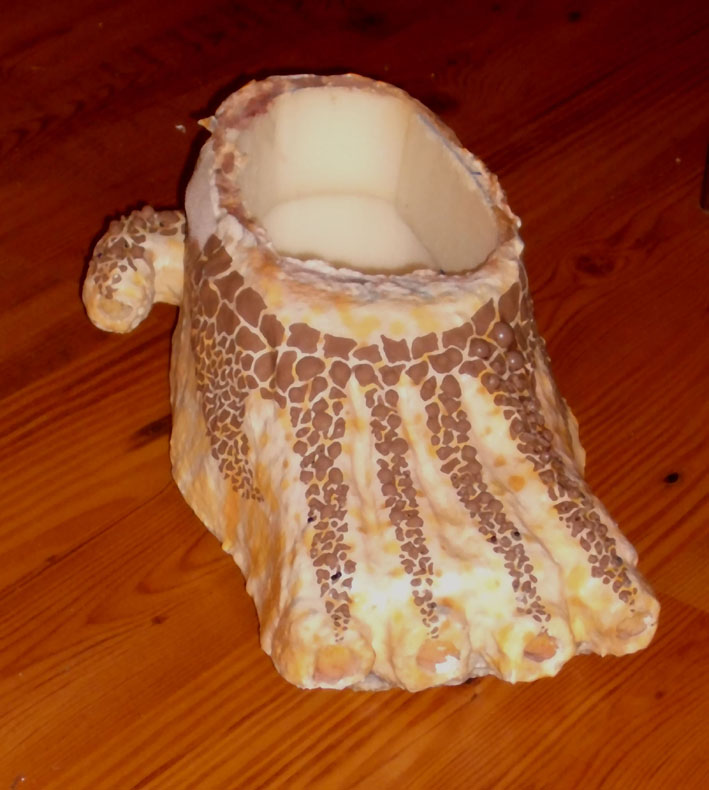 After all this I decided I didn't like the toes at the back, so I cut them off, then sealed it with gloss varnish and medium.
I now had to think of an easy way to cover up the holes left by the toes, so I cut some foam into the armour shapes I wanted,painted them gunmetal,then weathered them with dark brown and black, these were then stuck on to the foot.
The anklets I made out of 2 thicknesses of foam, using paper fasteners for rivets, again using gunmetal for the base coat, heavy silver drybrushing for wear and a black wash to finish. 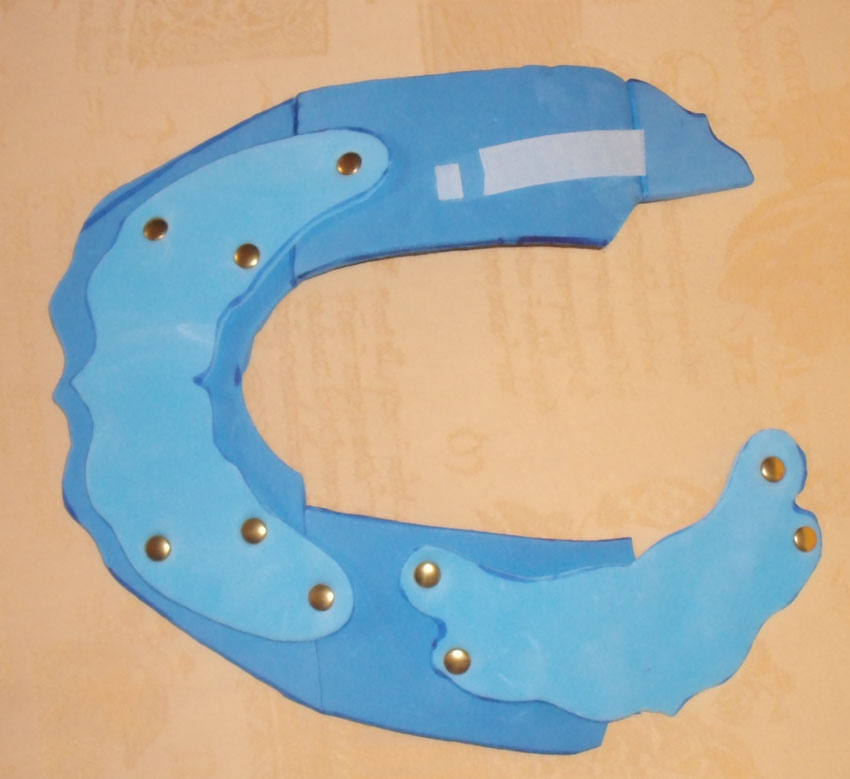 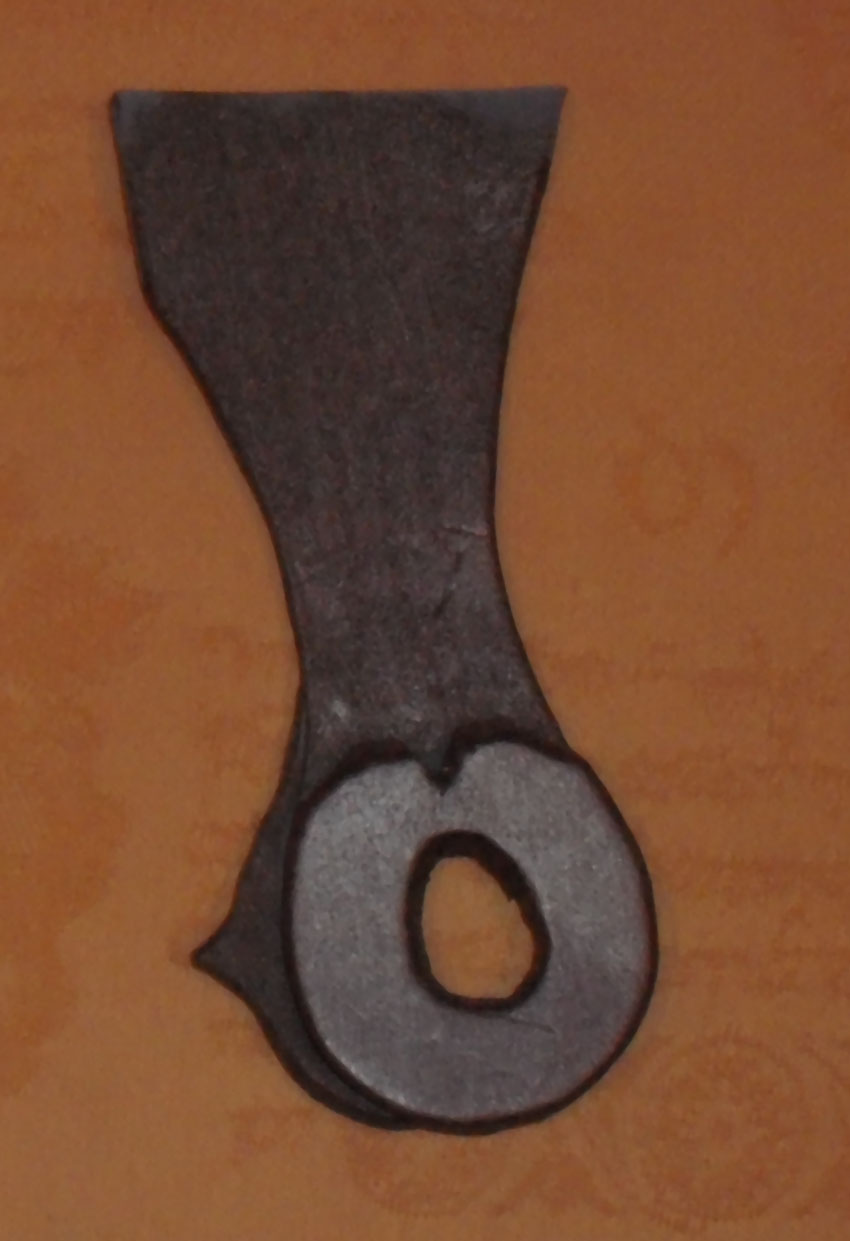 For the toe dusters I used a piece from a model railway for the blade holder, stuck to a bit of foam, the blades I made out of thick plastic card, adding a bit of tubing between them for strength.

After painting and weathering the same as the anklets, they were glued to the feet. The nails I made out of backer rod coated in Plasti Dip. 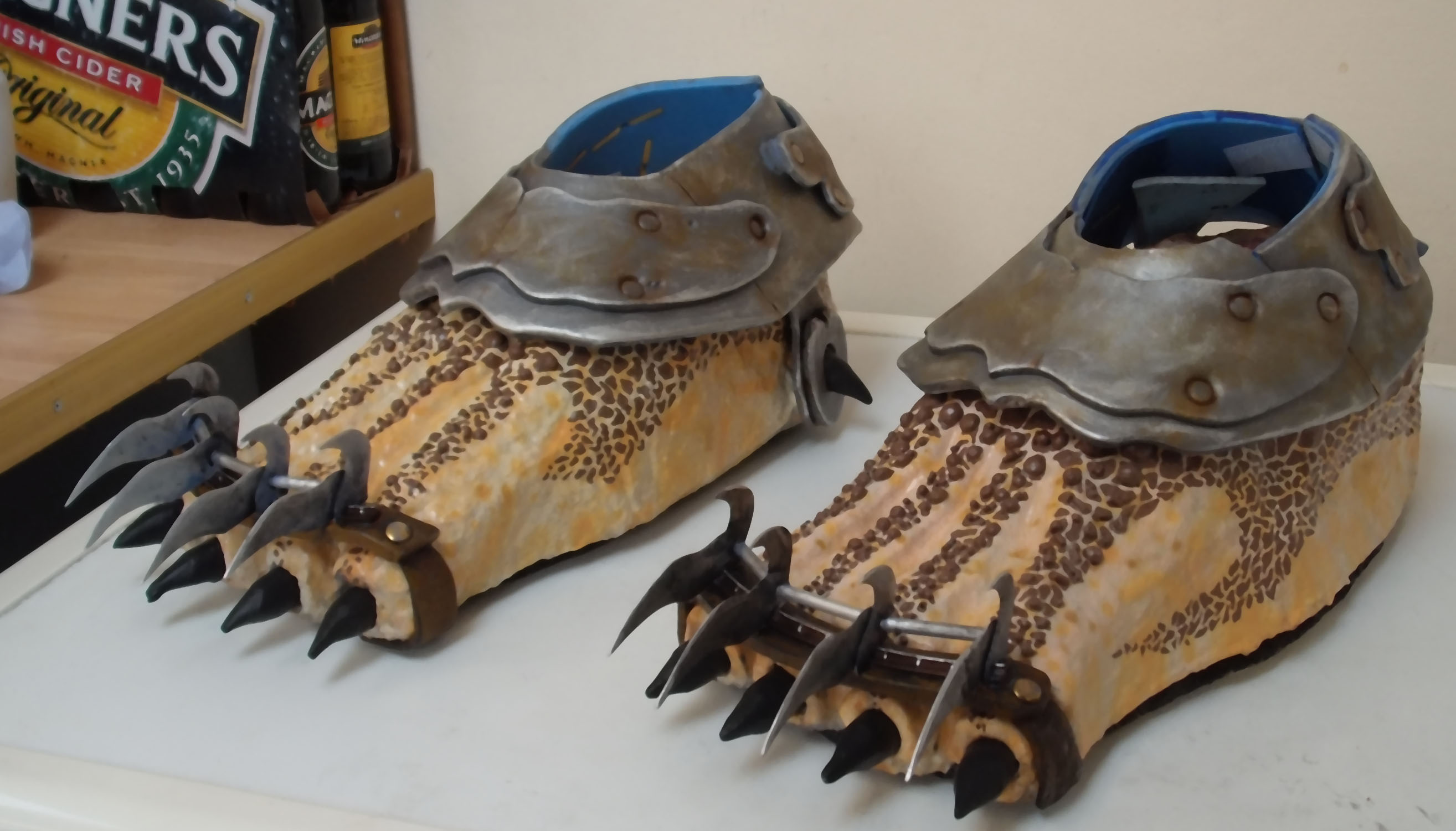 Thanks to Rhonda for the inspiration to do these, I'm happy with the way they turned out for a first attempt, I've since bought a set of hands and feet from Ian (Monstermaker) a very nice set and a real gent to deal with.
Last edited by a moderator: Feb 23, 2015