I decided to start a thread for this prop, since it will most likely be a detailed design which will take me a couple of months more.

I'm designing the Fabrique Nationale America M240 Machine Gun and most of it's versions. I'm going to try and make the version parts interchangeable. As with most replicas designed to be printed, some accuracy will have to be sacrificed to make it printable.

This weapon has been seen in several movies such as War of the Worlds, Battle: Los Angeles, White House Down etc.

The printable model will have a working bipod (foldable), movable parts such as trigger, feed cover and internal parts such as the bolt mechanism and the feed cover parts, to make it look indistinguishable from the real thing, if properly printed, post-processed, and painted. 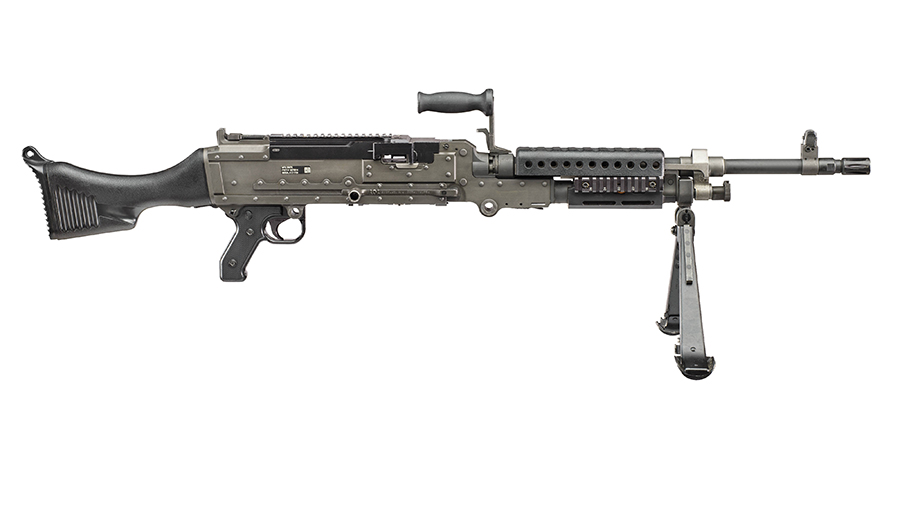 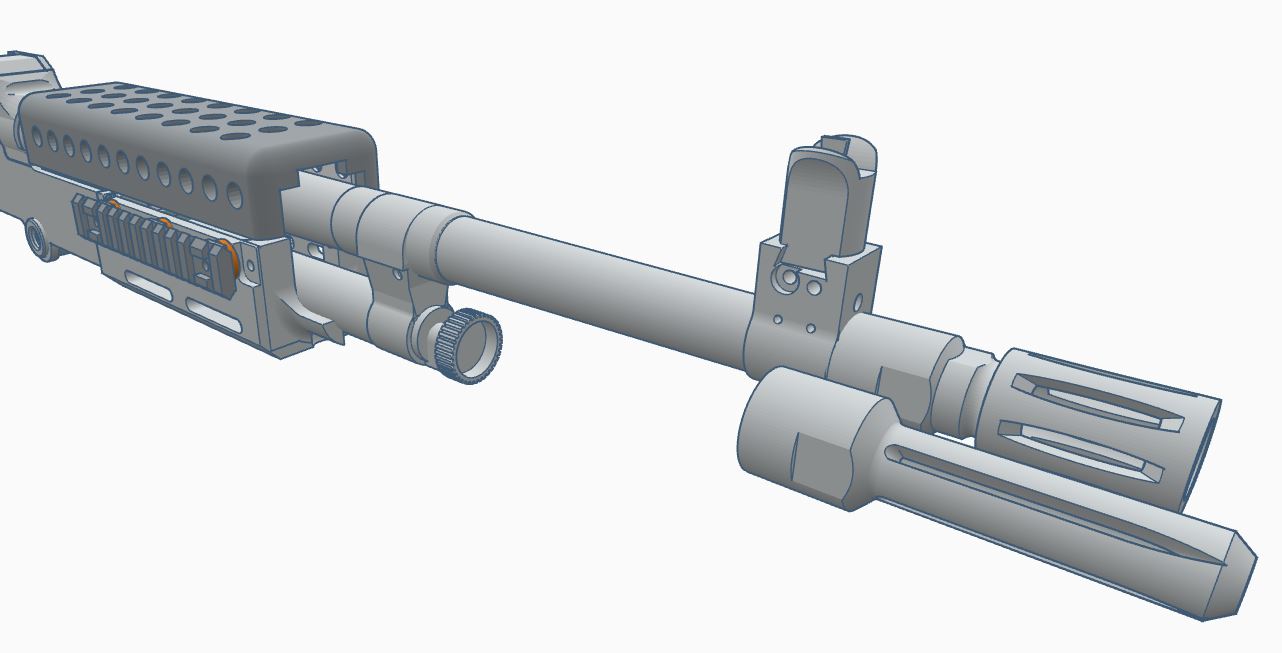 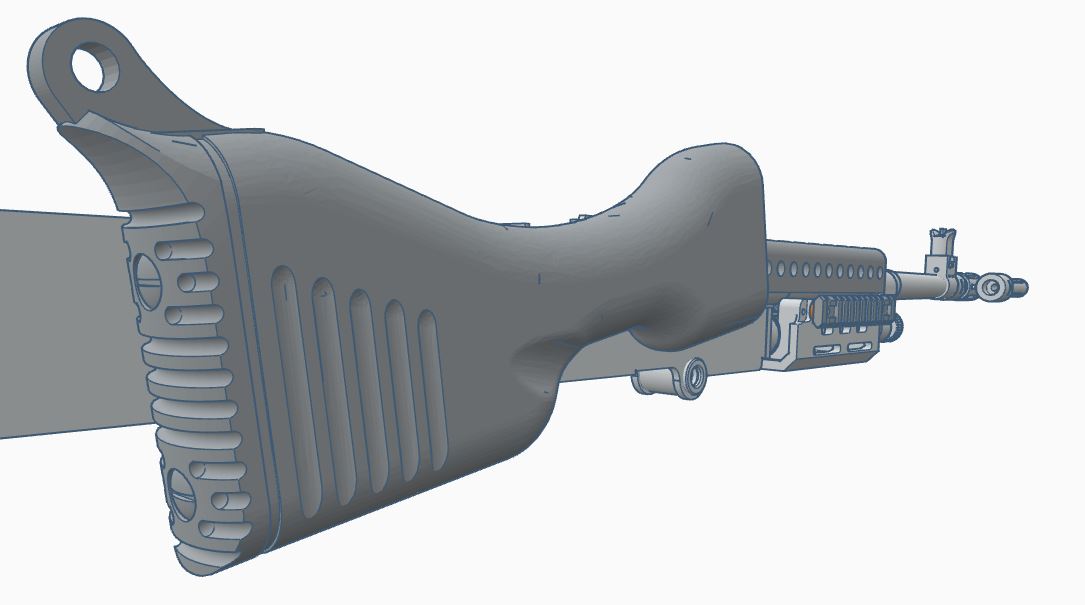 I designed a scribe design for the pistol grip that was geometrically perfect, but when 'booleaning' with TinkerCad sometimes things get screwed up because of the amount of polygons. Importing objects also creates some artifacts, but when the parts will be sanded and painted they will not be noticable. 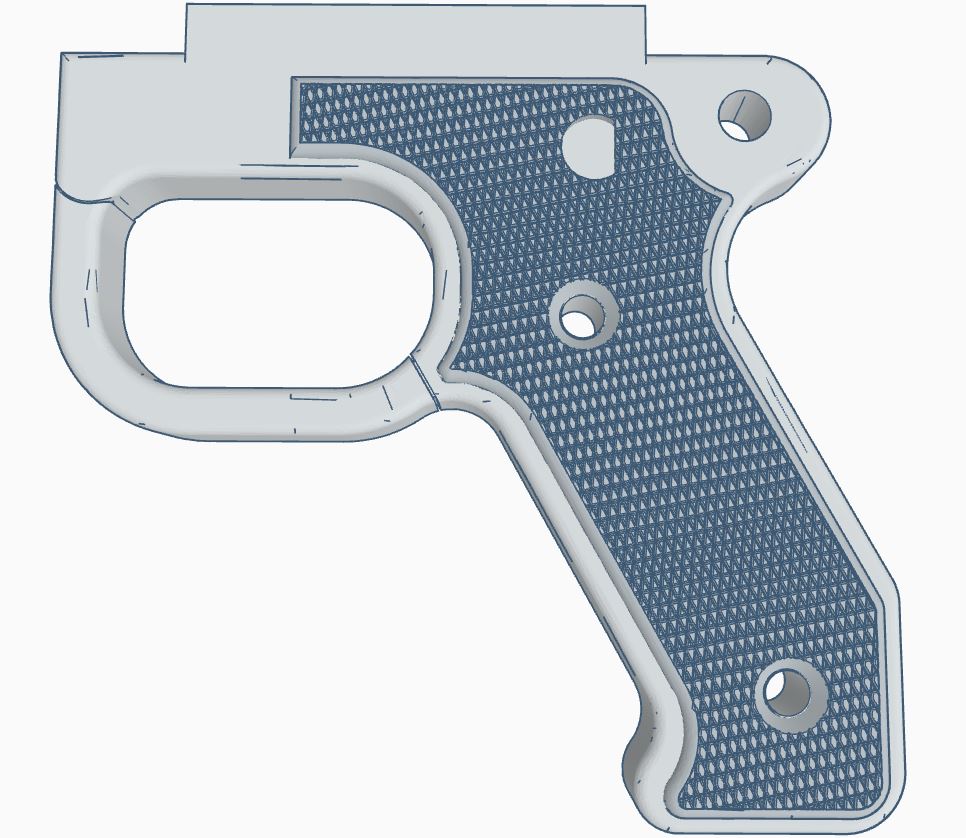 Excellent start already; eager to see your next update

Going fast ...oh yeah; I forgot that you're a machine

joberg said:
Going fast ...oh yeah; I forgot that you're a machine
Click to expand...

No where near a machine. I'm on a two steps forward one step back approach. Since I'm working mostly from photos, I design something, then design another thing that goes next to it, that looks right, and then I find the first thing I designed doesn't look right, so then I have to go back and fix that. The problem exacerbates when several parts are involved, especially the complex pieces.

A few more details to the outside of the Receiver Cover need to be done, like screw holes and bits, but I think the challenge will be hollowing out the inside and making all the cams and feed hardware.

I hear you; hollowing that machine gun + cams and feed will be a challenge Saying that; you've my upmost confidence in that you have the skills to do it right

Actually, the hollowing was easier than I thought. The big factor is designing it accurately, but still able to be printed.
I’ve designed things before with high accuracy but cutting it or removing supports would ruin that realistic look.
I’m trying not to do that here.

Nicely Done TazMan!!
Couldn't it do any better. Actually, I'm not sure if I could it at all.

More work on the rear part and sight. I've did a lot of slight changes all over because some things just didn't look right. I hate when that happens.

With the nice weather it means I have only a bit of time to try and finish this prop off, so I don't have a lot to show, but I am about half complete on the bolt assembly. There are a couple of more pieces to model, and I think I'm just going to model them in the forward firing position.

Still designing the internal parts for the feed mechanism, but the printing begins.

The detailed parts are printed in resin but the of the barrel in PLA. The barrel and eventually the gas piston assembly will be reinforced with 1/2" copper plumbing pipe.

I managed to get a leak in my resin printer FEP which ruined the LCD, almost exactly like masterjedi322 's problem. I have another LCD on the way but its anywhere from two weeks to a month away before delivery, but I'm getting the protective sheets earlier and I also ordered a new vat.
I'll mostly need my FDM anyway for most of the build anyway. Currently printing out the side plates.

In the mean time, I'm designing functional internal parts for the feed cover. They won't advance rounds, but they will move around and "appear" functional. There are several more parts in the assembly that have to jive together, so this will be a bit of a challenge. I managed to get the grip to lock into the bottom plate, just like the real weapon, but still have to design a trigger assembly for the grip. 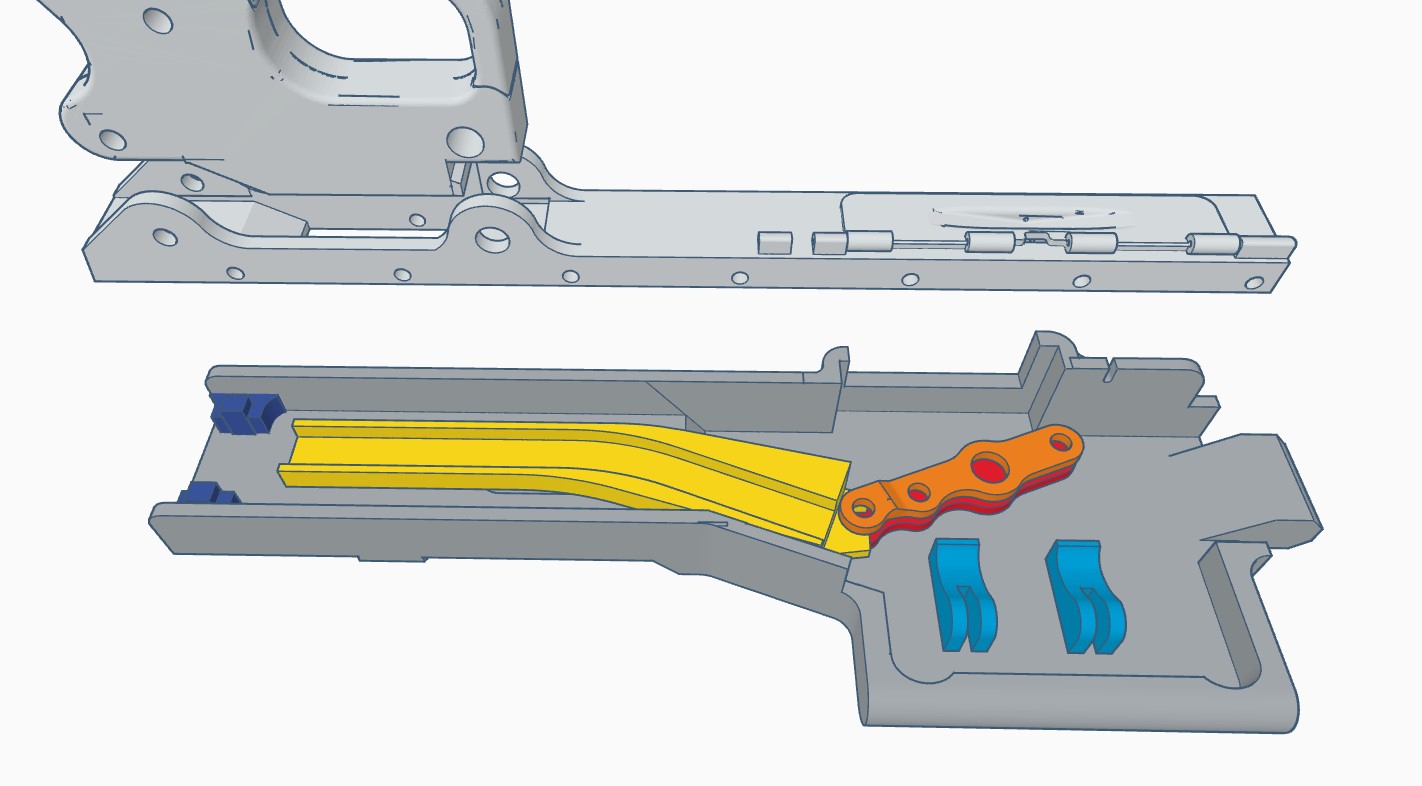 Printing out the side plates now. The split will be reinforced by a plate as seen in Post#1 as well as a bottom part that holds the grip in Post#17.
I'm confident that will provide enough strength.

I also printed out the vented cover, however it lifted from the print bed and it is slightly rounded on top. I probably will use it anyway, since it isn't too noticeable. I'll probably use that fleck granite paint to give it texture then cover that with a black semi-gloss. 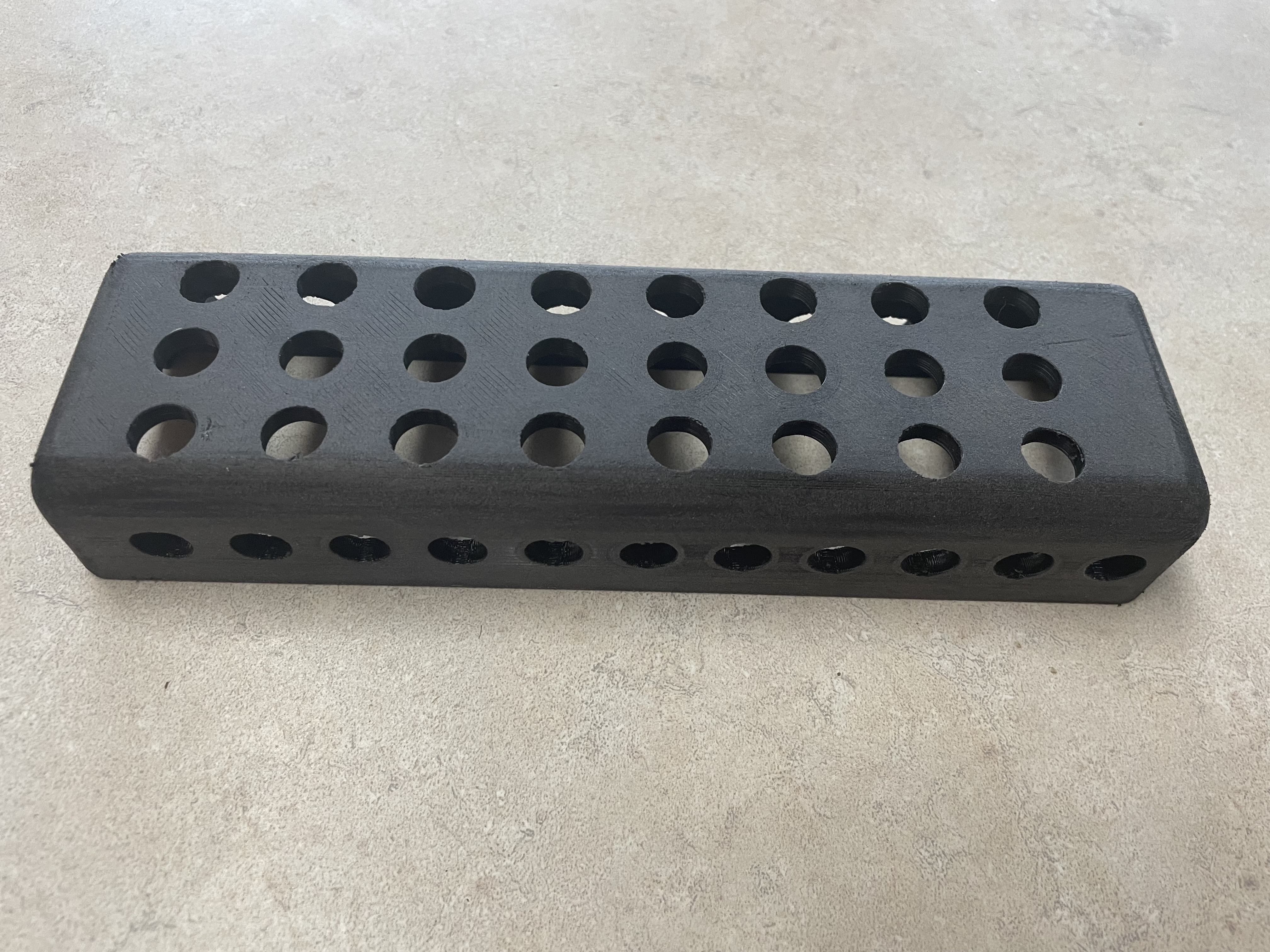 A bit more work on the feed mechanism.