First prototype of my plasma caster!

I thought I'd get my pics up while we are still in 'Plasma Caster month' formally known as July! Kudos to Mikey the Hunters P1 interpretation!
After messing around with scraps of wood and a dismantled H P printer and getting quite disheartened by the abomination appearing on my desktop I surrendered and headed to my local £1 market and picked up two toy guns that fire small foam balls. Then as soon as I got them home I hack sawed them into tiny pieces and started again! Unfortunately I get quite carried away with my projects like this and photos tend to slip my mind so the process is intermitent!
After they were in pieces I set about glueing them both together.
With the basic shape done the holes were covered with card and some extra shape added. The front cowling was made from pieces of the printer and the power cell was built from two Lynx click deodorant lids and the casters from my computer chair turned back to front. The detailing over the top was the plastic surround on the back of the chair!
The lesser detail was made from simple card and pieces of plasic straws. A tried and tested method.
Then finally the cowling was completed using modelling putty.
As an added extra I dismanteled my webcam and mounted it into the barrell. It will be fully functional and able to record any thing I see!
Now I have just started to paint. The primer has shown up several spots that need some attention and tidying but the actual paintjob begins tomorrow.
It's obviously a custom design but is in my mind a filler between the small P1 cannon and the stupidly over the top AVP one. I'm fairly happy now with the current model after my abysmall start. After only a few hours work I've got something that looks beefy and functional. It's encouraged me to move onto the next parts. The gauntlets will follow shortly most likely.
Any comments or suggestions are always more than welcome. 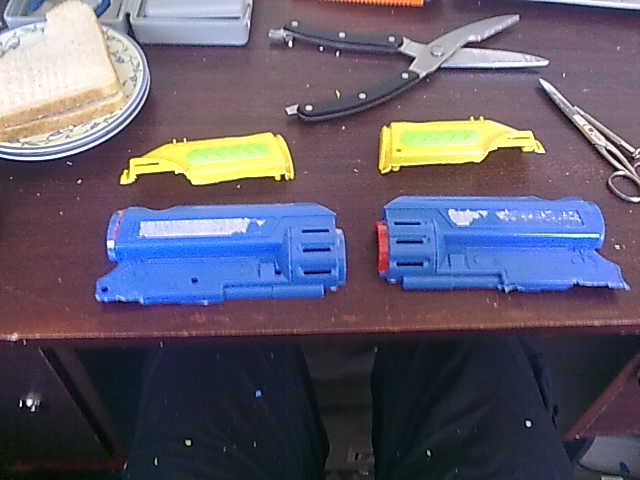 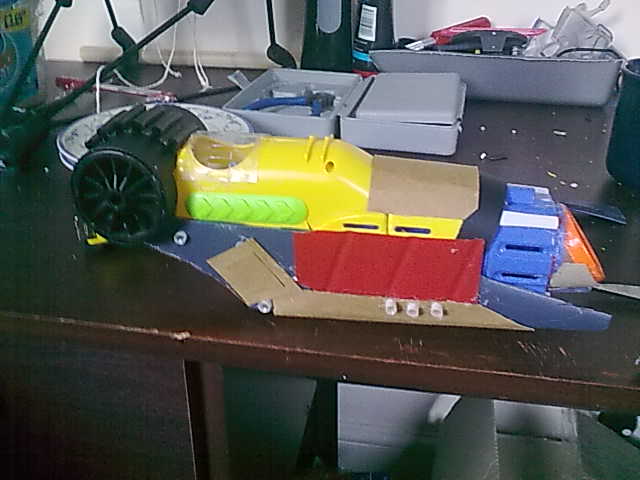 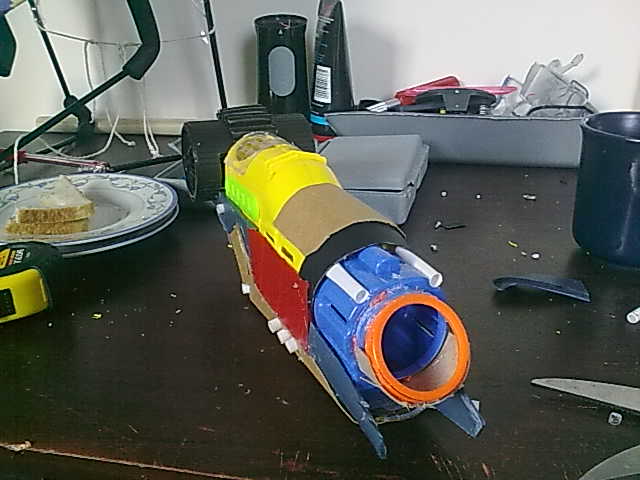 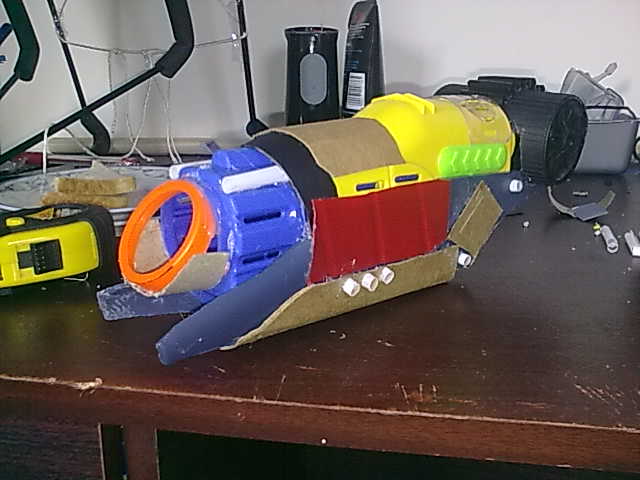 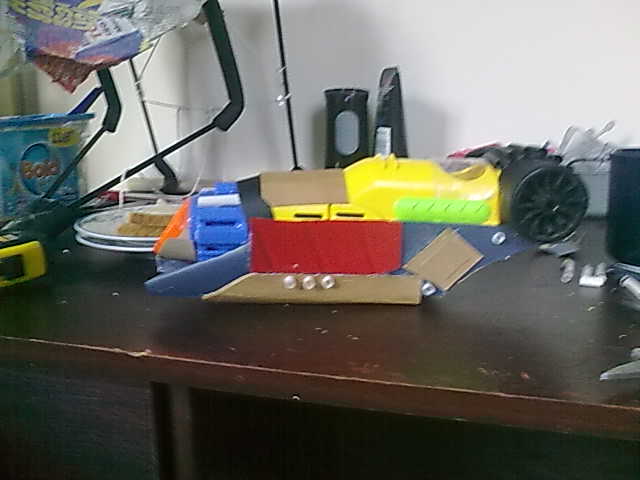 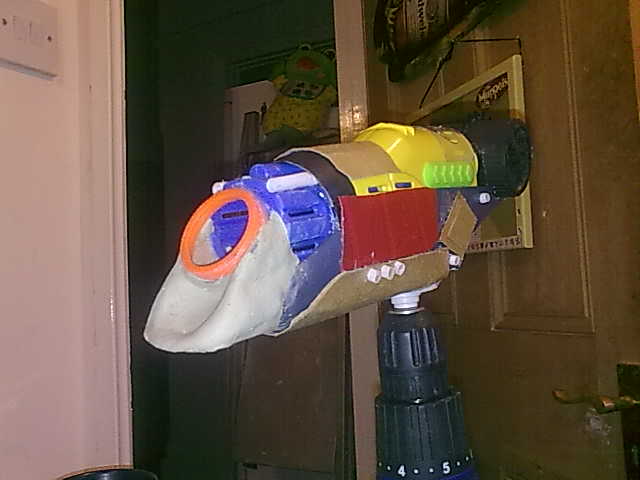 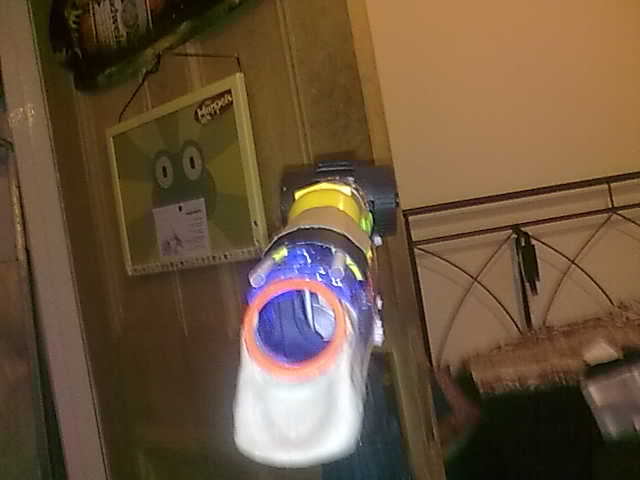 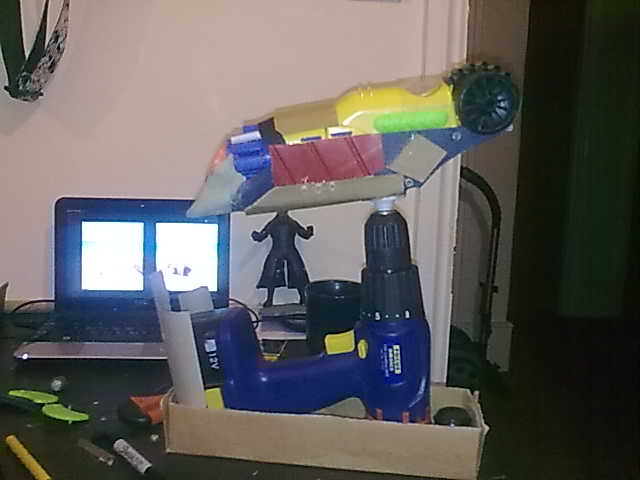 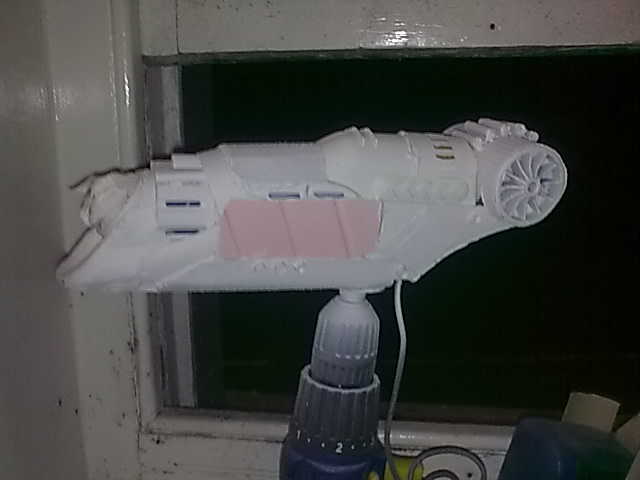 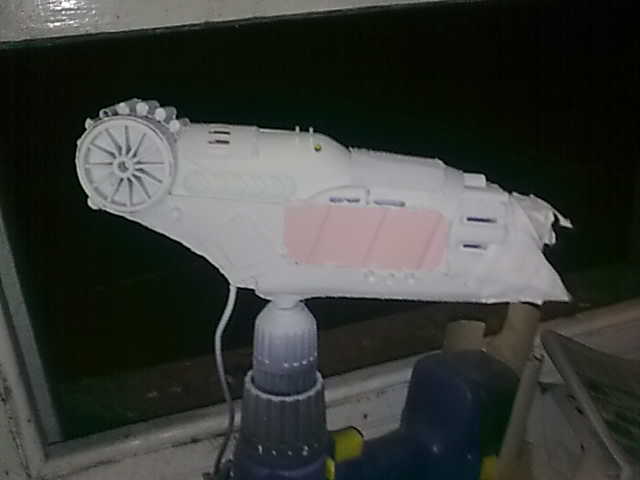 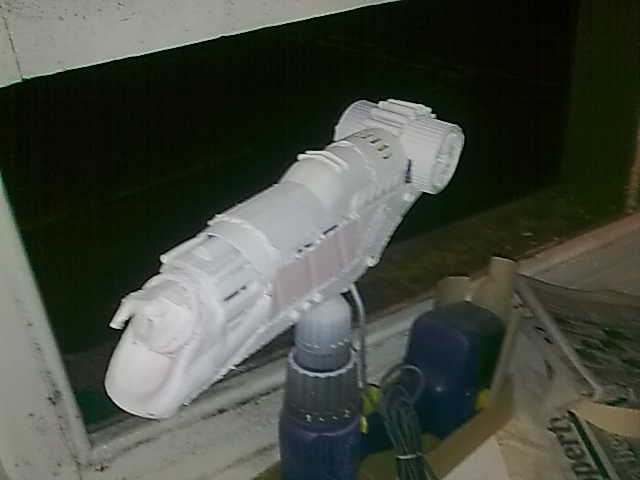 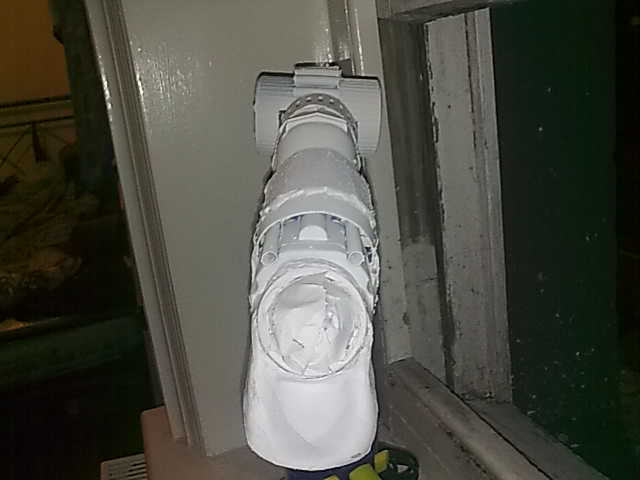