Aloha!
Now that I've got some new tools (mainly a scroll saw), I've decided that I'm finally gonna start my Halo: Combat Evolved Magnum prop. However, I picked up a cheap Nerf Firestrike Elite gun a while ago, so now I plan on making a prop that can actually fire.

Here is an outline I traced from a reference image: 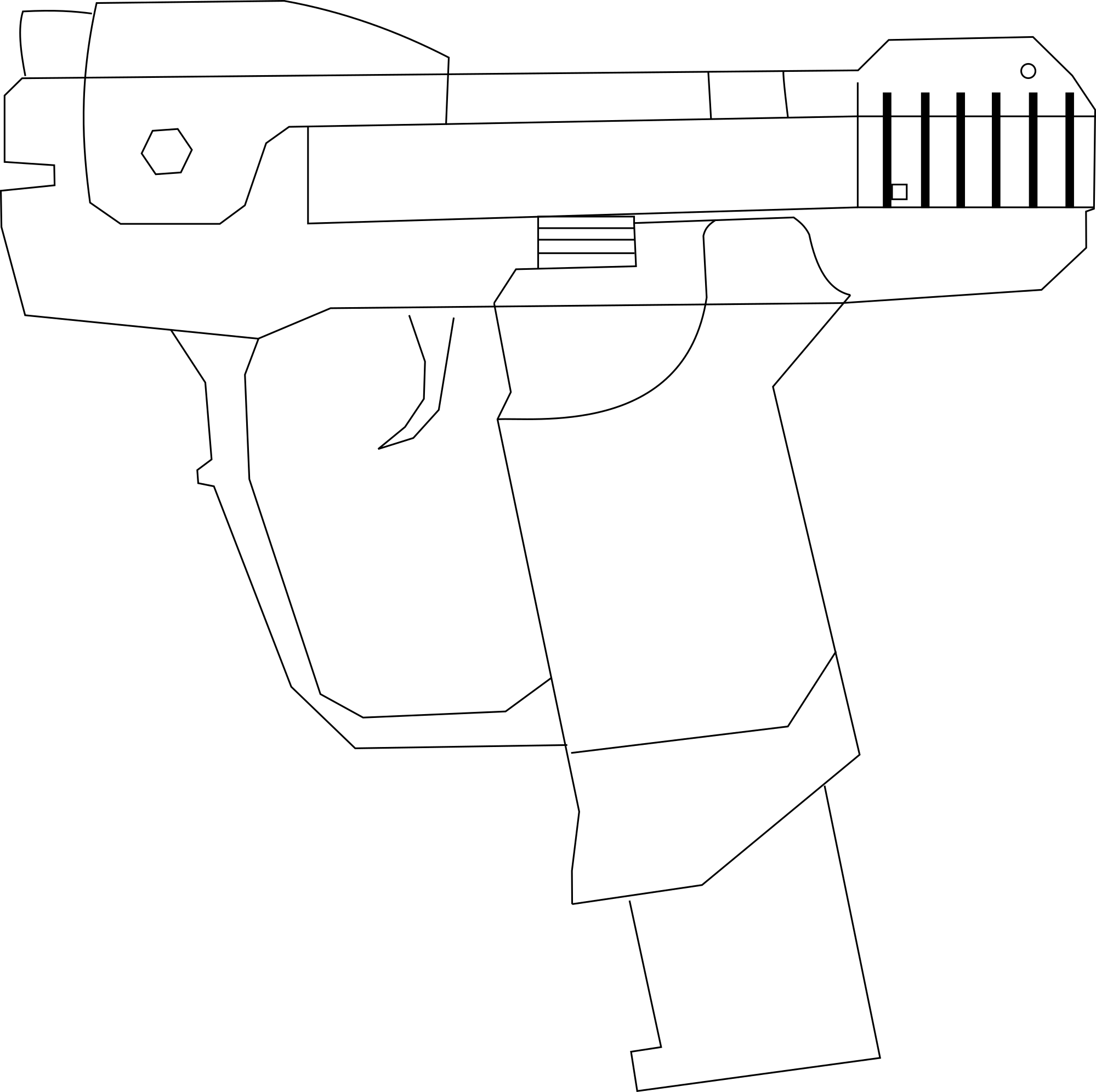 And here is is, cut out with the firing mechanism laid on top (the mechanism has rolled a bit so it's not sitting quite right):

I plan on making it so that the back part of the gun that moves when firing in-game is what you pull back to ready the Nerf Gun.
I'm planning on cutting out the bulky parts of the body of the gun to make it thinner and just keeping the essentials to house the components of the firing mechanism. That way I have more control of the shape of the prop.

I need a bit of help right now though - does anyone have a clear reference image of the Halo: CE Magnum when it's being fired? I need to know what the "inside" of it looks like. Cheers.

RPF PREMIUM MEMBER
Is this YouTube screen cap any use to you? It seemed to be the clearest frame I could find. HTH 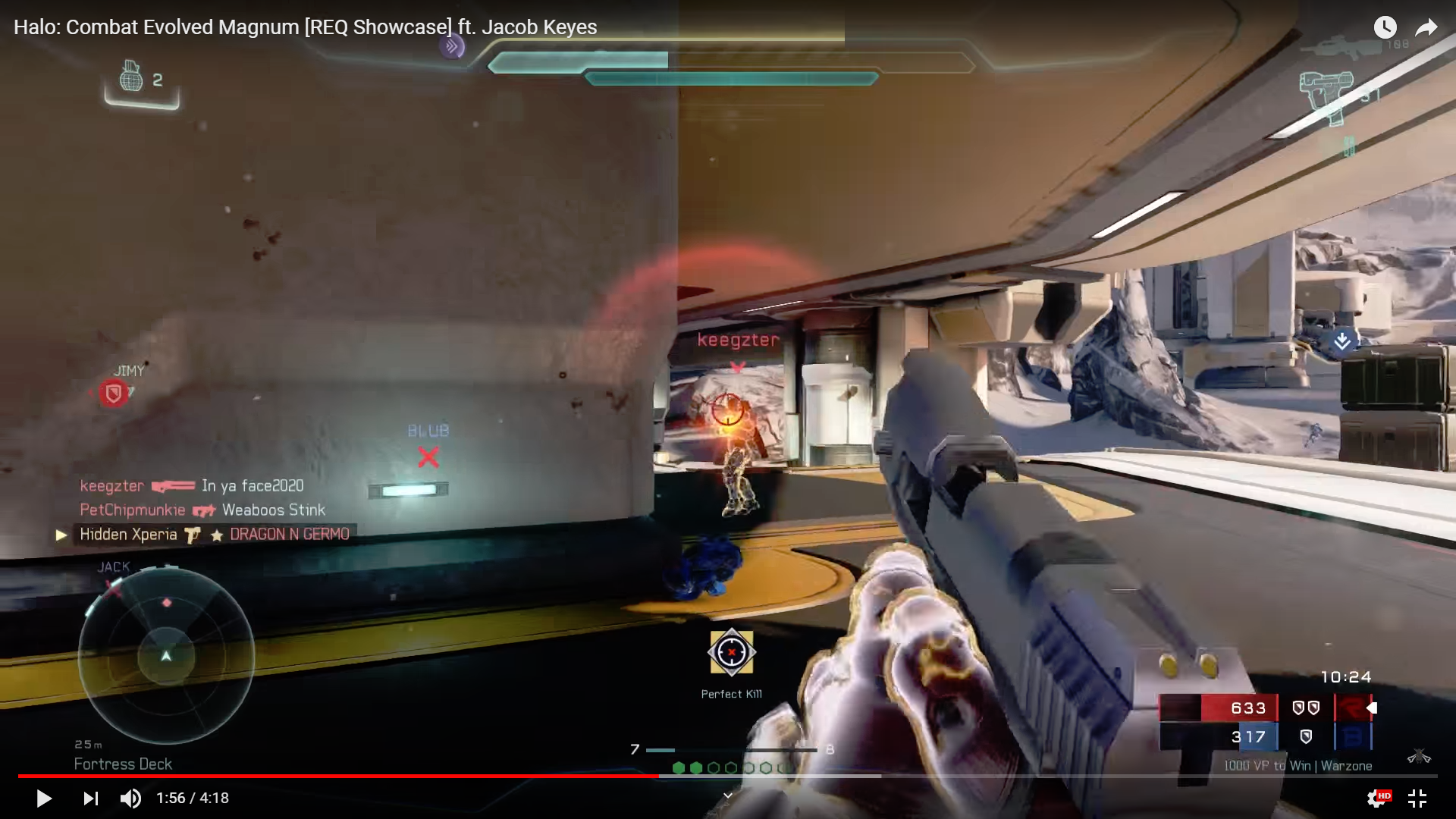 Thanks, it helps give a perspective of a part I didn't really think of. I'm guessing this is Halo Anniversary? I thought the Magnum model was slightly different compared to CE, but do correct me if I'm wrong.

Switch from rifle to magnum, with slide racking, showing lots of interior...
goto 4:19

Thanks for your research support. I saw a really good animation from the videos above and so with some time I finally had I opened Halo and got a couple of screenshots. 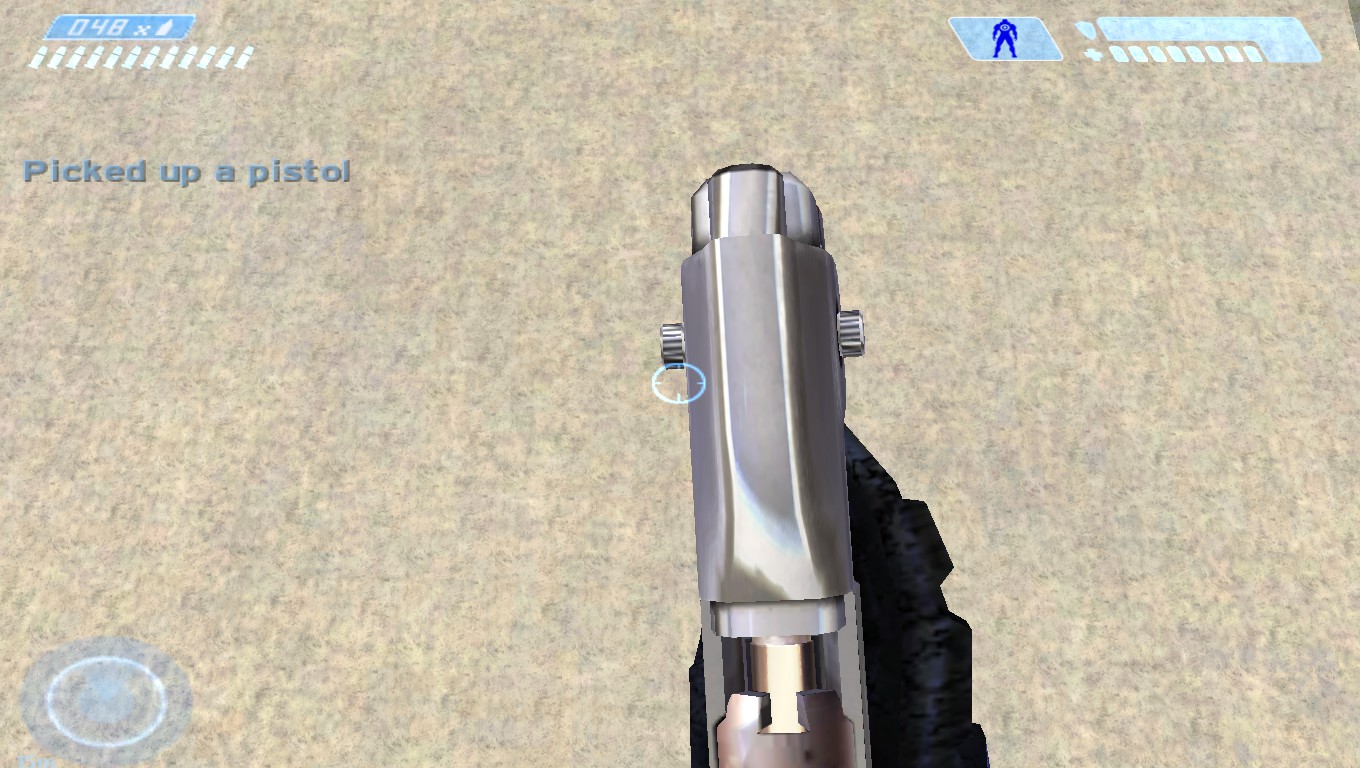 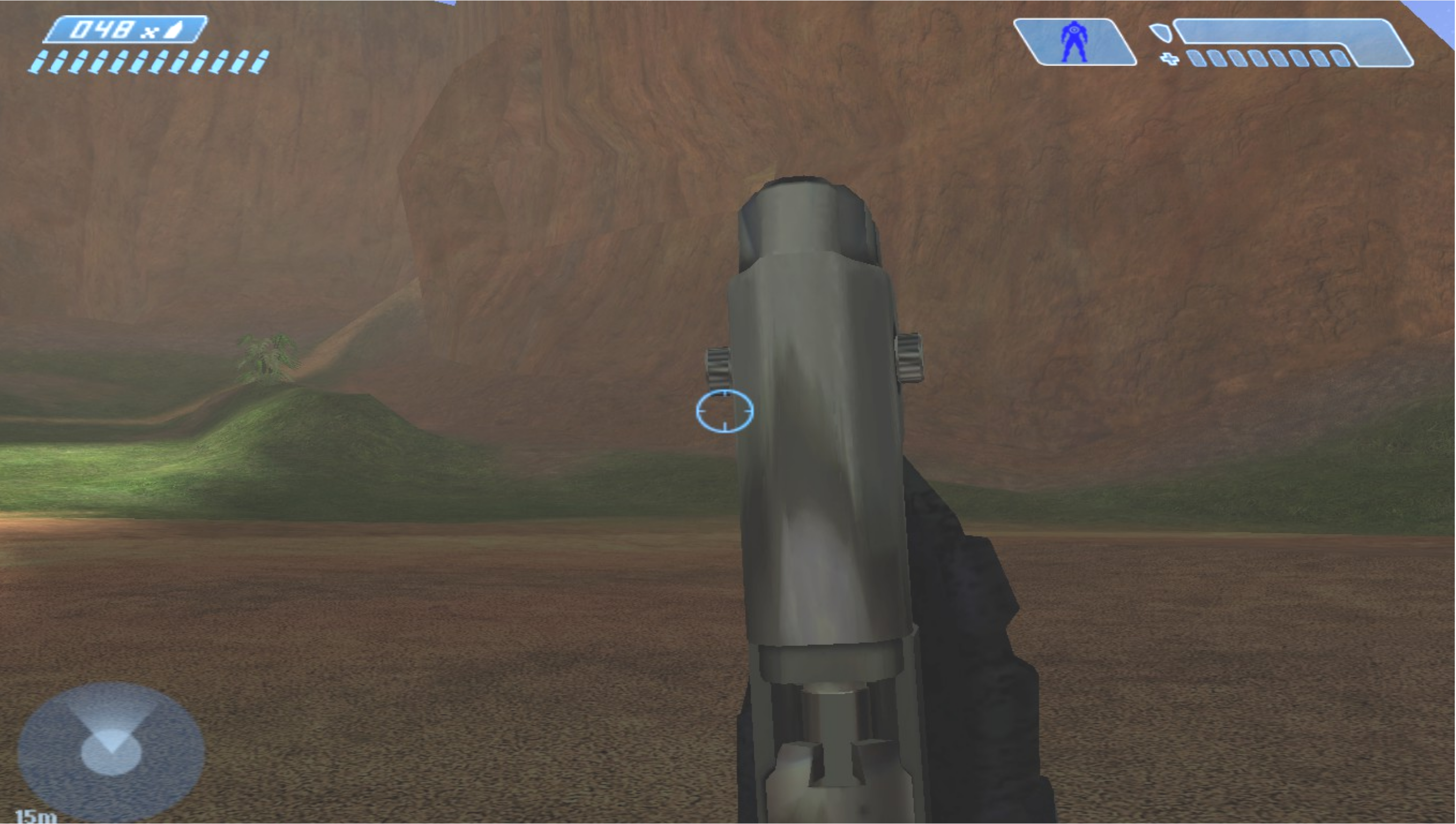 I had to brighten the last image - it was taken in darkness to see how the light changes it. The first image of the gun's insides looks like some sort of brass/copper/whatever metal with heavy light reflection, while the second one looks just like a gunmetal grey.

Just a couple more images I took. Until I get more work done on the prop, this thread is becoming a data dump for Magnum reference images. Of course, that's still a good thing.

PS Thanks for the tip... that would have come in handy a million times!

Uh... I'm afraid I'm gonna have to put this project on hold. I've done a fair bit making it from foam, but it's out of proportion and quite wonky. I'll come back to it when I've re-developed my wood working and engineering skills. Might consider making a non-firing Magnum from foam in the meantime, one I can take to a con.
Not to say it was a complete waste of time or materials, though, because of course I learnt from my mistakes.

I've been working on a static foam replica, and here is my work so far. I've changed things a little bit to how I imagine the gun would look if it had a few more polys. I'm actually pretty happy with how it's turning out.
They're not the best quality photos, but I don't have time to do some editing and I'm still working out the DOF on my camera.

3D Printing would probably be better for a project of this scale, but still, I like your ideas. The foam magnum is looking pretty good so far too.

Yea, if I had the chance to engineer and 3d print the parts for it, I definitely would have - maybe very soon with uni I'll have access to that technology. I finished the non-firing magnum yesterday, and here is the final result:

As I said before, some parts have been slightly modified and re-interpreted on purpose, so it's not completely game accurate. It was also my first time using a scroll saw, belt sander and airbrush on a prop, so a lot of new technology (for me) was used to make it.

Also, I used THEdanru's pattern on the 405th to make this magnum, with some slight modifications.
Halo CE M6D Magnum Foam - Painting