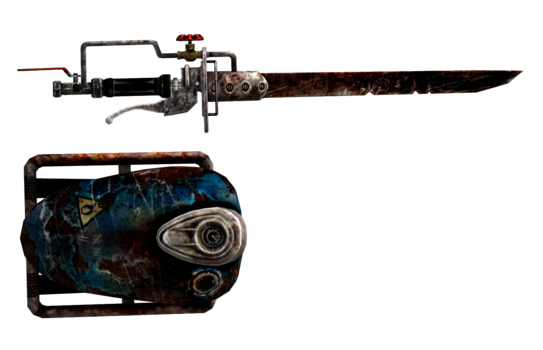 I've been doing this inbetween several other projects, on top of school and garage restrictions this took several months to do but hooray it's finished kinda, just a bit of paint, and a little soldering the pipes together for extra stability then i'm finished :cool The pipe is slouching a bit in the photo below because the pipe wasn't secured. 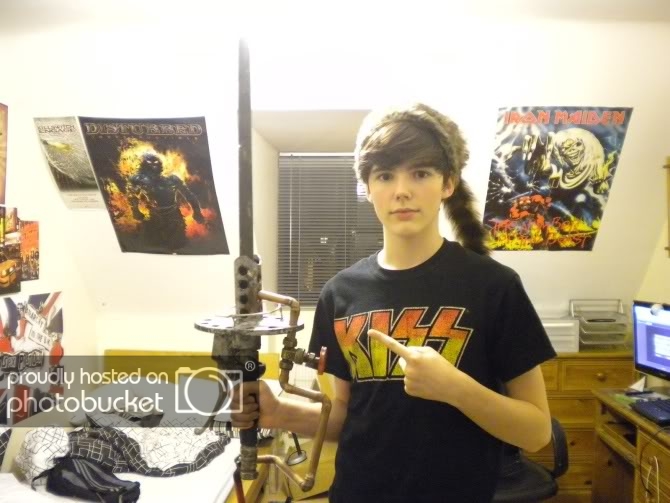 The Mahoosive handguard is mdf and had to be scaled up a little to allow for the 15mm holes, and the exhaust pipe-looking piece is 1.5"ID PVC. I would have like to have used metal but i'm lame that way. I left out the exhaust tank to save myself doubling the cost of the build, although it would have been the easiest part to prepare, and the coolest. maybe i'll paper mache' one. 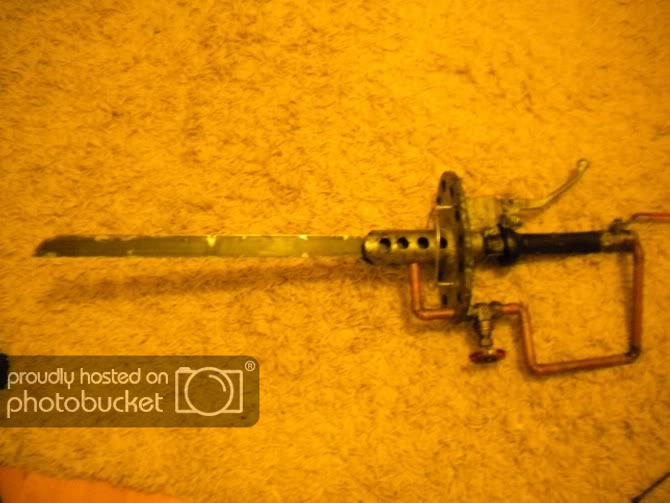 This was mainly based off of the concept art by Adam Adamowicz(catchy) hence the differences from the in-game model, but if i make another i'll definetly make the blade alot wider, rust it up a bit more, include the gas tank and work on the grip of the handle a bit more, may do that tomorrow. i made a mistake with the ring on the handguard by thinkin it didn't matter if it was wonky, but it looks dead straight on the concept art now that i look at it... i'll fix that tomorrow. also the slotted bolts in the exhaust like thingy. though they don't appear on the concept art. 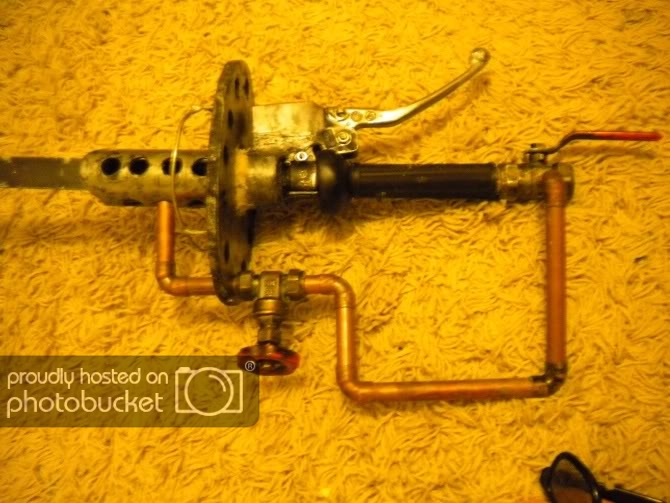 More coming soon, progress pics can be seen in my blog Thanks
-Andy:thumbsup
Last edited by a moderator: Nov 9, 2018

Wow.. that looks like it was a big job Wastelander! It looks great. I'll check out your blog. I just did a Nerf Fallout pistol and it was loads of fun.. this thing looks WAY more terrifying though lol.
H

The shishkebab was one of my favorite Weapons in fallout 3. nicely done

Thanks, i was worried it wouldnt compare to some others i've seen

Looks perfect. Great job, but why is the hand guard so large?