Do people actually get away with doing this? How sad that they'd take all of that time and effort to scam someone. 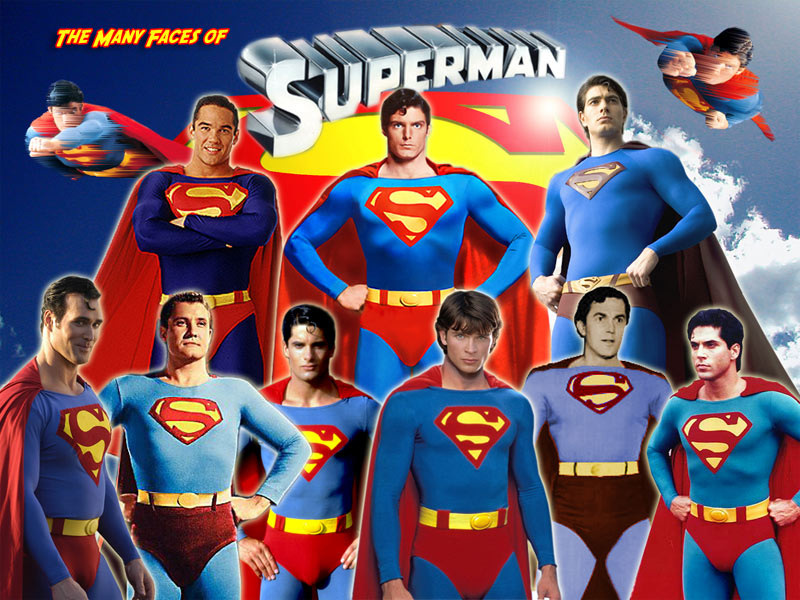 There's a shop in Caesars palace that's selling a suit supposidly from Superman 3. I had asked to examin it a couple of days ago and was told to come back today at 11:00 and they would take the suit down for me to have a closer look at, as any serious buyer would. Came back today and they had conviniently forgotten to take the suit down. (When you have a potential buyer for a Superman suit selling for $35,000 you dont "forget") If the suit were genuine, that price would be an absolute bargan!!!! But the guy said he would go and get the paper work he had. Which ended up being a couple of Mark Mclure and Margot Kidder signing the cape, a "LOA" apparently from Anistasia Salkind. From where I was standind and from what I could see, that was not an original suit. Colour seemed off, fabric looked wrong, belt was all matte yellow, neck line seemed wrong. Just too many red flags.

Was the shop "Antiquities of Nevada", by chance? That place has a... reputation. Not a good one. Either they don't bother authenticating stuff, or worse. I steer everyone far, far away from them.

Google them, and check out a few of the reviews, it's not a pretty picture.

JMSupp said:
Was the shop "Antiquities of Nevada", by chance? That place has a... reputation. Not a good one. Either they don't bother authenticating stuff, or worse. I steer everyone far, far away from them.

Google them, and check out a few of the reviews, it's not a pretty picture.
Click to expand...

Yip, that's them. Even from a distance I was 99% sure its not genuine Reeve Superman suit.

Jet Beetle said:
There's a seller out of Florida who flooded the market with fake Superman, Superboy, Supergirl, Greatest American Hero and a number of other costumes back in the 90's. He seemed to get his hands on a Christopher Reeve every week, then when people got suspicious about those suits he started making a different one. He even went so far as to sell "authentic" Superman baby blankets from the Movie - if you read about the making of the first film there were only two blankets and Richard Donner gave one to the parents of the kid who was the baby and he kept the other. These may have come from him. From time to time suckers will pop up who he conned into buying one of his costumes and they (wanting their money back) sometimes try to sell the suits off as the real deal. His suits sometimes pass a first glance inspection because he usually had an original in his possession to work off of. A true scum bag.
Click to expand...

I read his sad attempt at a listing, and I must say, even his low res comparo-shots seem to point out that his suit is fake ( why would he wear it if it was real?!?!? ) but the kicker is in the text of the description :

mr.clarkkent said:
Please be extremely weary of self-styled Superman prop experts. There are a handful of them out there that generally frequent various prop blogs professing to know whether certain Superman memorabilia qualifies as authentic or otherwise. A small number of them I have found do in fact know what they are talking about when it comes to Christopher Reeve memorabilia and props created for Superman series thereafter (circa post-1980s). However, most of them have no idea what they are talking about when it comes to pre-Reeve era memorabilia and their defamatory statements are based on nothing more than hearsay. Indeed, some of these individuals will bash the authenticity of items only to turn around and make offers themselves. While I am not concerned about nor do I anticipate defamatory attacks on this particular item, I will be listing Reeve-era and post Reeve-era authentic props and memorabilia in the next few months and want to point out the forgoing ahead of time to all potential bidders so they can be on alert.
Click to expand...

Reading That should perk up any collectors ears - I mean why should you be wary of anyone, especially self styled experts, if the item is real? It should be pretty easy to prove them wrong, unless the item is a fake!
the "small number who know what they are talking about" who support his listings either have been scammed ( and are in denial ) or are in on the scam just like the "winners" at the three card monte box at the corner, there to make sure you know "It's all legit, yo!"

And I imagine reason he doesn't mess with the Dean Kain suits is because he is afraid someone who worked on the production might actually be posting on those websites we're supposed to be wary of, and then "the jig is up!" - It's much easier to scam people when all the witnesses are long dead or at least unlikely to be checking his listings!
I decided to go and "Ask as question on the listing" which generally will let you post a question to the seller and the question, answered or not is visible to all the other marks checking it out - but that feature seems to be disabled. Guess too much scrunity is bad for business :ninja
But hey, what do I know, :rolleyes
Last edited by a moderator: Nov 9, 2018

Also surprisingly, this suit came from some sort of "storage" in Florida. And according to the guy in the store that had all the info, the Berman & Nathans tag had been romoved for some kind of storage regulations. What a pile of utter bollocks!!!! These folks are clearly con artists.

Can anyone identify this costume?