So I need to do this real quick for my daughter as she is not even 1 years old yet and is unable to type for herself. Well she could but it would look like mslerewohnnlsdf , v0trlrewm ........not much different from some typing and spelling nowadays I know but still difficult to read.

So her costume is going to be Claudia from Interview with a Vampire. I'm not really going screen accurate as much as the general feel of the character. And with us as Lestat and Louis it'll all make sense. So I'm going with the green theme for her outfit as that is more recognizable really and because she is to young to try and force a wig onto I have sewn pieces of curly hair into her bonnet. Here is the costume I'm loosely basing it on:

And Claudia in a bonnet:

My daughter with a partial done bonnet:

And with a mostly done bonnet:

I obviously still have to do her dress and some detail stuff but that in a nutshell is what it's going to be! Not super elaborate but I find a toothless Claudia pretty adorable personally lol.

I love it. I'm looking forward to seeing it totally finished, I'm quite fond of the Ann Rice vampire books.

Adorable!! And she looks very into it too.

Ruddigger said:
I love it. I'm looking forward to seeing it totally finished, I'm quite fond of the Ann Rice vampire books.
Click to expand...

Kinda off topic but I see you're in Long Beach and I don't know if you've seen my thread about this but if you're interested in making the drive up lemme know! We'd love to get some more RPF members here!


Guri said:
Adorable!! And she looks very into it too.
Click to expand...

She's getting pretty good about photos lol so Im hoping that she will be really into costumes and posing.

Here is her dress. It's not 100% but almost. Next I'll just have to get her some white tights and probably settle on little black mary janes for now. She's asleep at the moment so i couldn't try it on her but I can't wait to! It's so friggin' cute I can't handle it. Also this is my first time making baby clothes so that could be why I'm so in love with it.

So this isn't the best photo and her costume is still not done but we did a test run of our costumes last night at our Halloween party. Once all the details are ironed out I think these costumes are gonna be pretty sweet!

And here she is with Daddy:

RPF PREMIUM MEMBER
This entry just needs a proof pic and a pic in the gallery.

Michael Bergeron said:
This entry just needs a proof pic and a pic in the gallery.
Click to expand...

soon! I still have so much to do before Halloween for all of these and then we'll be taking studio photos probably this weekend. It's going to be a tight deadline lol!

Eveningarwen said:
soon! I still have so much to do before Halloween for all of these and then we'll be taking studio photos probably this weekend. It's going to be a tight deadline lol!
Click to expand...

I'm uploading photos now! Ugh, I got sick at the most inconvenient time lol! 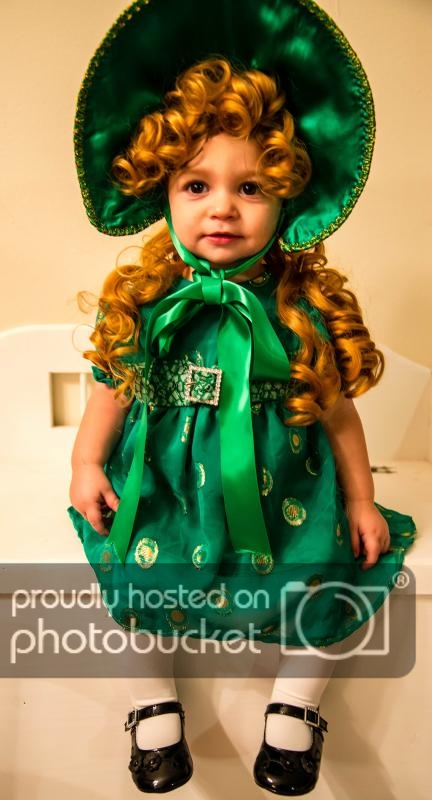