RPF PREMIUM MEMBER
I had the opportunity a few weeks ago to see EFNY in a theater and decided I need more Snake Plissken in my life.

As mentioned, I've bought a vintage Sub War game and will be using that for my build. I've been talking a bit with my programmer buddy about what can be done with it, but if I go that route, I'll have to do this as a kit to divide up the costs because I can't justify engaging him for two weeks of work just for one unit! (If I do kits, I'll use my original game for measurements and to digitally scan, to make it absolutely accurate.)

Here's a quick mockup I did, that would be finished and refined in the event of a run. 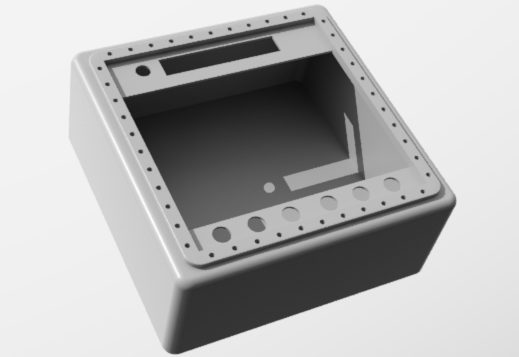 The bracelet is a harder one to tackle. Rylo will not ever be revisiting his version (I asked) so this weekend I got out the old hand tools and started tinkering. The difficult part, when you don't have a mill, is the copper 'box' containing the spring/trigger mechanism. I've got a working idea of how I can do it, using copper sheeting and a3d printed 'base' to sculpt around.

Here's a quick test I did using both 0.5mm sheet and copper tape. Both are viable, but I think the sheet will be easier. I'm a bit undecided as to whether I should make it a perfect square or a rectangle. Fan versions I've seen have been symmetrical, but I wonder if the screen used isn't slightly wider than tall. 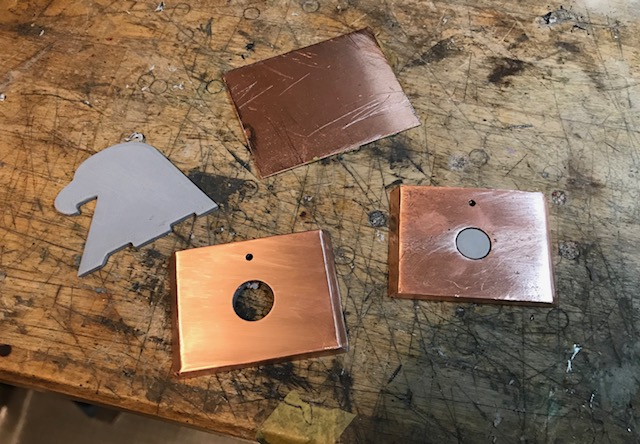 The bass eagle and copper arm band will be made out of 2-3mm sheeting. Trying to locate a small supply right now, but in this day and age, buying small quantities of metal is nigh-impossible. I'll dremel out the eagle by hand, unless I decide to do more (which I might have to due to the cost of metal) in which case I'd look into having the eagle laser or water cut.

More posts coming as I make progress. (I'll include the Mac 10 here too, since I will be modeling the scope mount and possible the scope, as well was modding the silencer!)

RPF PREMIUM MEMBER
Being a huge all things EFNY fan, I'll be watching this thread with great interest.

RPF PREMIUM MEMBER
I keep watching the shot where Snake flips the bracelet open. At the moment, I'm not convinced that the screen used version is spring-loaded. To me, it looks very much like Russell flips it open with his thumb to make it look like it springs open. After it hits full open, it starts to spring back and you can see Russell quickly catch and stabilize it again. I also can't see any trace of a spring arm. The pin doesn't have much of a groove to latch either; I suppose it could be a friction latch, but would that be strong enough? (Note also the little curved 'tail' sticking out from the hinge to the right, near his thumb.) 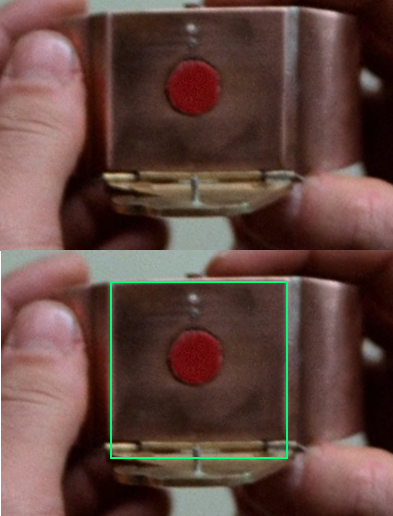 Definitely not a perfect square!

I wonder if the little grey metallic dimple between the pinhole and the red button is itself a pin, designed to push up the eagle from underneath as an SFX gag? When Russell activates the flip, it looks like he exerts quite a bit of force.

Now that you point it out it does look like he might be pushing down with his thumb to make it pop open. Wow.

I was wondering if the bracelet might be made this way-

Where the copper strip goes across the top with hard bends and the box is made from a strip across the void on the back?

Can't wait to see what you come up with!

RPF PREMIUM MEMBER
This is supposed to be a photo of the screen used bracelet: 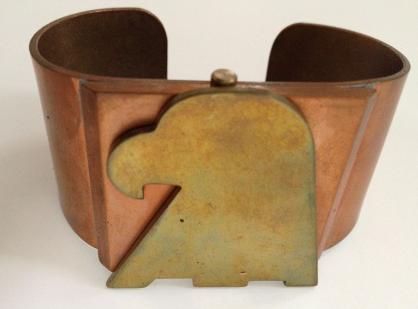 The bottom of the eagle, with its asymmetrical cutouts, seems to match the one Russel is holding. Here they soldered a block of copper to the armband strip.
I'm also fairly sure that the little grey 'nub' is simply to level out the eagle so that it doesn't accidentally press the button. (The eagle doesn't sit flat against the copper- note that the hinge attached to the block is slightly raised!) Nice attention to detail by the prop maker.

I did a bunch of tinkering with mechanisms over the last two evenings, but I don't have anything useful to show yet. Right now, based on the video, I'm actually leaning towards not having it spring activated but still locking the eagle in place. I also need to get some more metal!


Ooh... I might also have found a cheap dead-on 'airsoft' replica scope for the Mac 10! Seems to match up with the Weaver Classic they used almost perfectly, so I'm guessing it's just a cheap clone. Will let y'all know once I can confirm.

Gary Barth, I believe, was the first one to tackle this project. He made it with a spring-loaded eagle that popped out (like in the film) when the button was pressed. Still have mine somewhere. --Ed 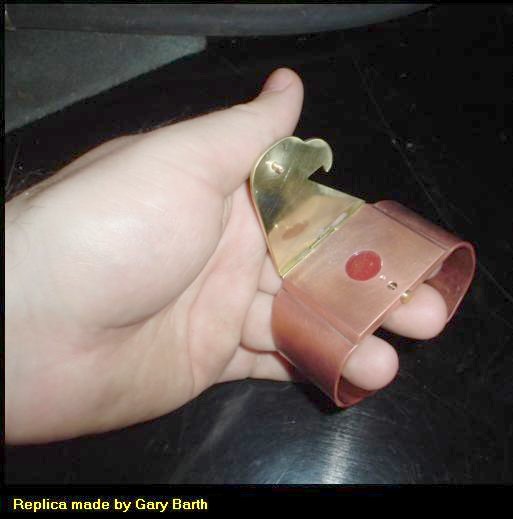 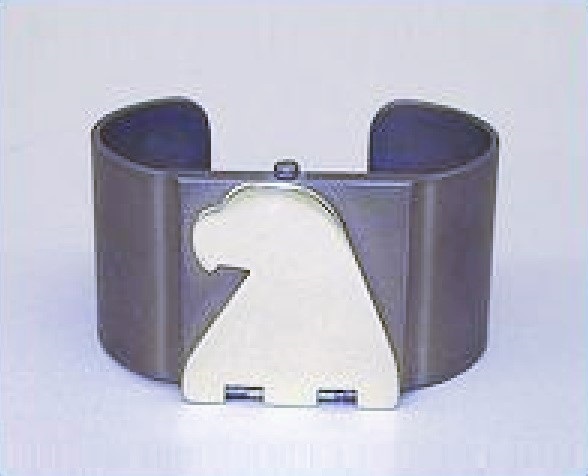 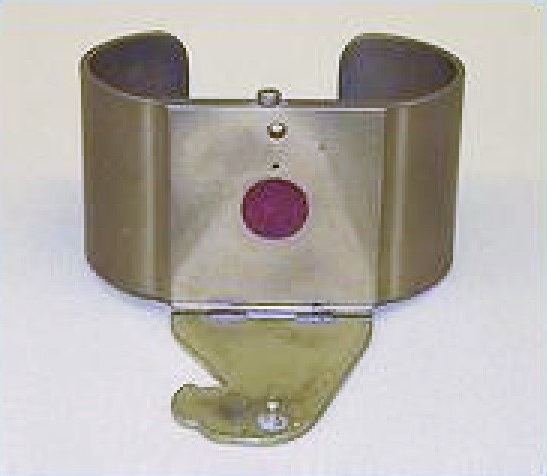 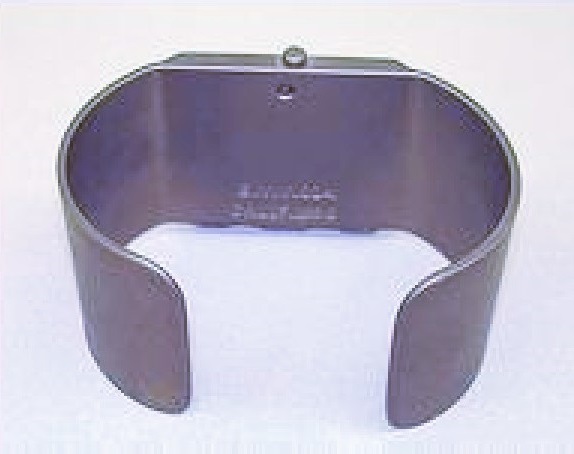 JOATRASH FX said:
Ooh... I might also have found a cheap dead-on 'airsoft' replica scope for the Mac 10! Seems to match up with the Weaver Classic they used almost perfectly, so I'm guessing it's just a cheap clone. Will let y'all know once I can confirm.
Click to expand...

Really?! Please let us know!!!
Speaking of which, what Mac 10 did you end up going with and did it have the surpressor?

RPF PREMIUM MEMBER
Did y'all hear that screaming? That was the sound of a thousand collectors of vintage electronics as I took a razor saw to the Sub War game and cut off the handle!


Funky said:
Really?! Please let us know!!!
Speaking of which, what Mac 10 did you end up going with and did it have the surpressor?
Click to expand...

I got the scope today. It's an ASG Strike Systems 4X32.

Here's a comparison with the screen used:

https://actionsportgames.com/
It's off in a few places by a couple mm here and there but I can't imagine anything else being as close unless someone finds a vintage copy of the real scope. This is one of those instances when I think "close enough" really is satisfactory. I'll be making the mount for it myself.
https://actionsportgames.com/
I went with the Jing Gong Mac 10 with silencer. It's a cheap clone of the Tokyo Marui that costs more than double, but I don't care since I'm not going to be firing it. The silencer was a piece of crap (that needs fixing to be accurate), but the gun is solid enough, even if it's mostly plastic. I couldn't find another Mac 10 that is currently available aside from those two. All other replicas seem to be Mac 11s.

RPF PREMIUM MEMBER
The irony of your post!
Last night before I went to bed I cleaned off our dining room table.
I pulled out my sub game (still in the damn box!)
Next to it sits my Dremel.
Next to that sits my files.
Next to those sits some sandpaper.
And next to THAT sits a bottle of bourbon and a shot glass.

When I get home there will be some tough choices to make!

RPF PREMIUM MEMBER
I too have an original Sub game (complete with box), which I bought specifically for a Snake costume, buuuut damn, I'm loathed to cut it up ...

septic said:
I too have an original Sub game (complete with box), which I bought specifically for a Snake costume, buuuut damn, I'm loathed to cut it up ...
Click to expand...

Do it, dooooo it!

I kinda stalled on this a bit. Did some calculations on doing kits and... if I did a run on these, printing the box/shell alone would cost a couple hundred (at least, with casting not being an option), and the electronics just as much, putting a kit at around five hundred bucks. I don't think there's interest enough to do it. Maybe just an electronics package that will fit the real subwar shell?

Also did a bunch of work on the tracker bracelet. The brass and copper I got doesn't want to take solder at all, which is odd, and I needed to get some thicker stock for accuracy (the eagle is about 3mm). I ordered somepieces from a place in the UK, but they haven't arrived... so now I have to file a claim or see if they will actually send them. *sigh* I do have a guy that might be willing to machine up a few copies of the "base" of the bracelet- I just have to arrange a proper CAD file for his CNC. (I have a working design for a 'lock' that will hold the eagle in place, but I'm not counting on having it spring loaded unless someone can prove to me that the original actually was.

RPF PREMIUM MEMBER
Well, then I made the right decision.
I converted mine.

Funky said:
Well, then I made the right decision.
I converted mine.
Click to expand...

Would love to see how it came out.

Funky said:
Well, then I made the right decision.
I converted mine.
Click to expand...

Yeah, I figured. One of those situations when it's just not worth doing.

With all the hands-on work involved, I don't imagine the bracelets would be worth doing either. (I understand why Rylo isn't going to revisit them.) We'll see what happens when/if I get hold of metal in small enough quantity.

RPF PREMIUM MEMBER
Started cutting mine up today; still feel a little bad about it (but I'll get over it )

RPF PREMIUM MEMBER
Yeah, mine is finished but I still feel a bit guilty.