RPF PREMIUM MEMBER
In Escape from New York, the story's big MacGuffin is a special cassette tape that needs to be played to the world in order to avoid or end World War 3.

In a act of anti-hero cynicism at it's finest Snake Plissken destroys the tape after switching it out with a fake. Classic distopian ending to the film.

I'm trying to figure out what brand they used for the tape.

It looks like it's an unaltered cassette tape with a black stripe placed over the part of the label that would show the brand of the tape. It appears that a piece of the red logo is poking out though. That's the only clue I have so far.

Here's an amazing site that has a bunch of old cassette tapes organized by brand and color but nothing seems to match up.

Anybody recognize anything familiar about the tape?

RPF PREMIUM MEMBER
I messed with the image in photoshop and I thin the "Stripe" cover the brand name and logo was made by a marker since it appears that the logo and text can be seen through the black stripe.

RPF PREMIUM MEMBER
Memorex maybe. Looks like a red M to me

Community Staff
RPF PREMIUM MEMBER
Did you find the cassette yet, Nick? I just watched the movie and thought this clearer screengrap might help?

RPF PREMIUM MEMBER
There is that red M again! :lol

The Union brand seems to be a really obscure and rare brand of tape sadly.

Community Staff
RPF PREMIUM MEMBER
I'll just throw this out there for someone else to continue the sleuthing.

Nevermind. I reoriented it and this is what i got:

the label looks modified beyond the color/sharpie changes, the edges are cut on every corner. It may be safe to say the label did not originate with the clear tape itself. It may just be a trick of the angle and light but the red "M" may also be altered with a red marker. Look closely at the upper and lower right of it, the edges are rough and uneven where the left is more uniform. The only real tell mark on it is the "5-0".

One thing that strikes me as odd is the tape is a sort of clear yet not the clear of a factory record label release cassette from a band. In the center window where the tape is visible, look to the sides and it has that grey'ish color as record label factory releases had. This makes me think it may have been an answering machine tape. RPF PREMIUM MEMBER
I saw that green Union 1000 and also another Union branded tape on German EBay recently but neither is close in style. The brand exists, just crazy rare.

I recreated the tape two years ago I have the saved file somewhere willing to share if maybe someone can help me make my SubWars a working tracker?

RPF PREMIUM MEMBER
When you say “working tracker”, what do you mean? I rigged mine so I just flip the switch on the side and I have a red blinking LED in the center.

Funky said:
When you say “working tracker”, what do you mean? I rigged mine so I just flip the switch on the side and I have a red blinking LED in the center.
Click to expand...

RPF PREMIUM MEMBER
Out of my skill level. I just put a single blinking LED in the center.

Here's a Union 2000 tape. You can see some stylised fonts on there. 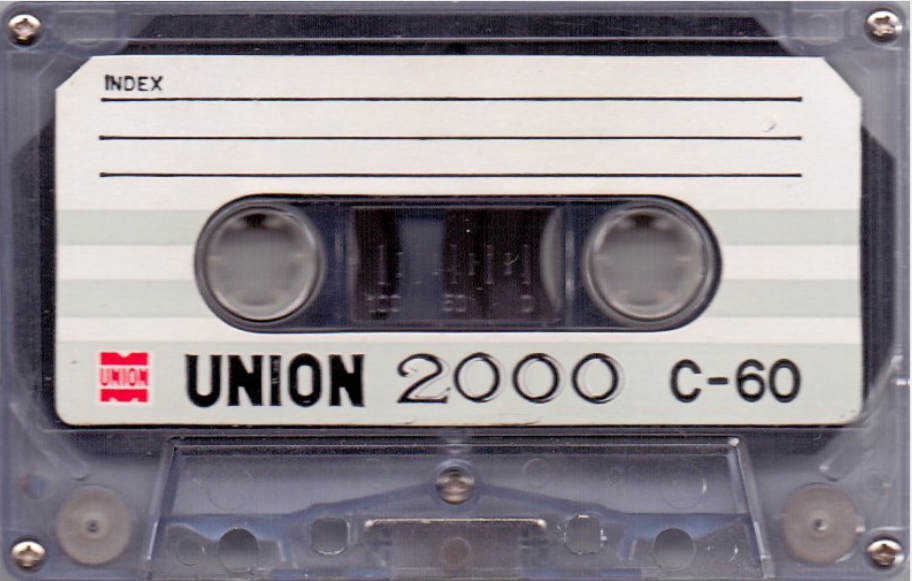