I’m not really a fan of a lot of the stands I’ve seen, the ones I do are a little out of my prise range. Also I don’t get much enjoyment out of just buying something if I can make it myself.

the ones I find most appealing look more in universe, such as the sabertrio workbench or quest designs corridor pattern.

I saw a tutorial on YouTube for a budget version using a decor floor grate and stair gate banister adaptors, I went ahead and bought the parts to make that. As it’s something that’s already been done by someone else, I won’t repost here - but it did get me thinking.

I started to research stands that resemble in universe locations - and had some ideas of my own that I’m in the process of planing out.

I’ve seen maybe a couple of commercially produced ice whompa cave stands and I read something about a there being a Yoda/Dagobah style one that was rare - but have been totally unable to find any images - if anyone has any more info on these it would be helpful.

so far I have 3 stands planned out.

1. a horizontal Mustafar stand - similar to quest design / floor grate version, essentially the base will be a light box with fluorescent red/orange ‘lava’ with black volcanic rock - maybe a flicker effect?

2nd is a vertical desk/shelf stand with a Dagobah theme. I plan to make this ‘swampy’ in a rustic wooden bowl (important, you’ll understand why as I explain) with the upright support looking like tree/buttress roots - I’ve been looking at vivarium tutorials for this. I then want to use backflow incense to create a swamp mist effect - I’m not sure if this will include a back light, someone I’ll need to test, may look too tacky with a light - if you get my jist.

lastly (at least for now) I’m thinking of a wall mounted stand similar to the stone carving from the fallen order promo - I know the runes are ancient sith/force user and the alphabet is now available - it bugs me that the writings on the carving doesn’t translate to anything (the writing on the sith dagger used to locate the way finder does) so I’m not sure if I want to copy it or to have it say something else.

I’ll update with images of my progress as I goor if I come up with any other ideas. Hopefully it’s something people will find interesting.

if anyone has any more info any other stands of this nature then please add a link in the comments - I’d love to see them.

If you’re ok with a table stand, there’s a 3D model of the lightsaber stands in Galaxy’s Edge that I found that’s pretty awesome. I just 3D printed my own and it came out great! It has a Kyber crystal pad as well, but is printed separately, so you don’t have to use it. If you wanted to, you can find a crystal for like $5 and it looks pretty cool. A little work, but great result. I can send you the files if you’re interested. 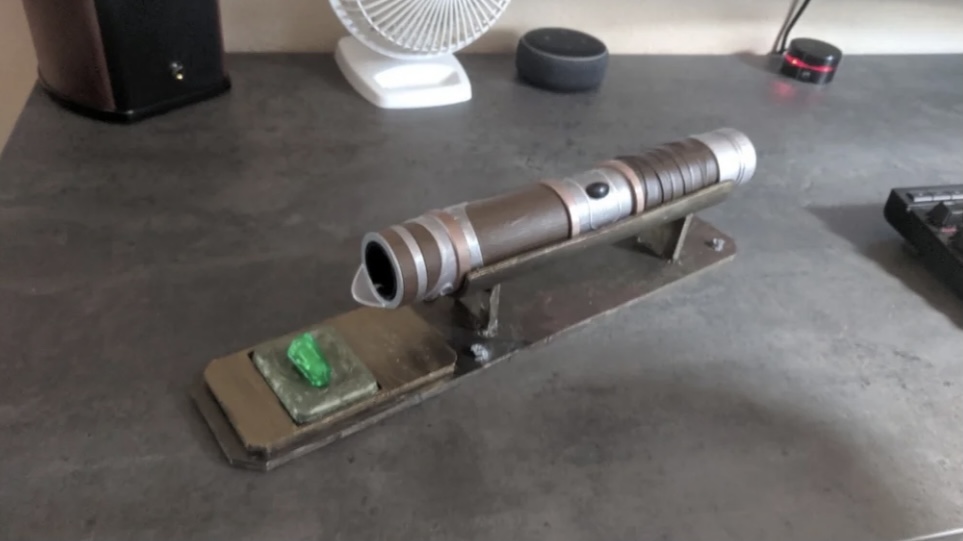 pacmani984 said:
If you’re ok with a table stand, there’s a 3D model of the lightsaber stands in Galaxy’s Edge that I found that’s pretty awesome. I just 3D printed my own and it came out great! It has a Kyber crystal pad as well, but is printed separately, so you don’t have to use it. If you wanted to, you can find a crystal for like $5 and it looks pretty cool. A little work, but great result. I can send you the files if you’re interested. View attachment 1381062
Click to expand...

Thanks for posting - this style should have had a mention too, together with the Disney metal wing - thanks for the offer, unfortunately I don’t own a 3d printer.

I love seeing the in universe or environment designs, whilst I’m not planning on doing a run I’m trying to avoid copying other peoples designs. In case I do come to sell any down the line and also I’m after something a bit unique.

RPF PREMIUM MEMBER
I agree that display stands should be in universe and a work of art in their own right. It's a bit of a balancing act. You don't want to draw too much attention away from the actual prop, but a well balanced "scene" is really awesome. I look forward to seeing what you come up with!!

RPF PREMIUM MEMBER
Im super into this! Ive got a growing lightsaber collection and have never been happy with just basic stands I've see. This is a great idea. Cant wait to see how they turn out and maybe take a crack at my own.

Not really an update as such, but I got bored. I said I wouldn’t post this one but I’ve had a change of heart, as it’s what’s inspired me in the first place I think it may help with the whole journey of this thread.

So here goes, this is the video on YouTube I found with a budget light up stand, similar to the quest designs stand I like so much.

I’ve already had all the components delivered a while back, but I’ve not started it yet, as I’m still working on a saber build and have limited time/space. But here are the parts: 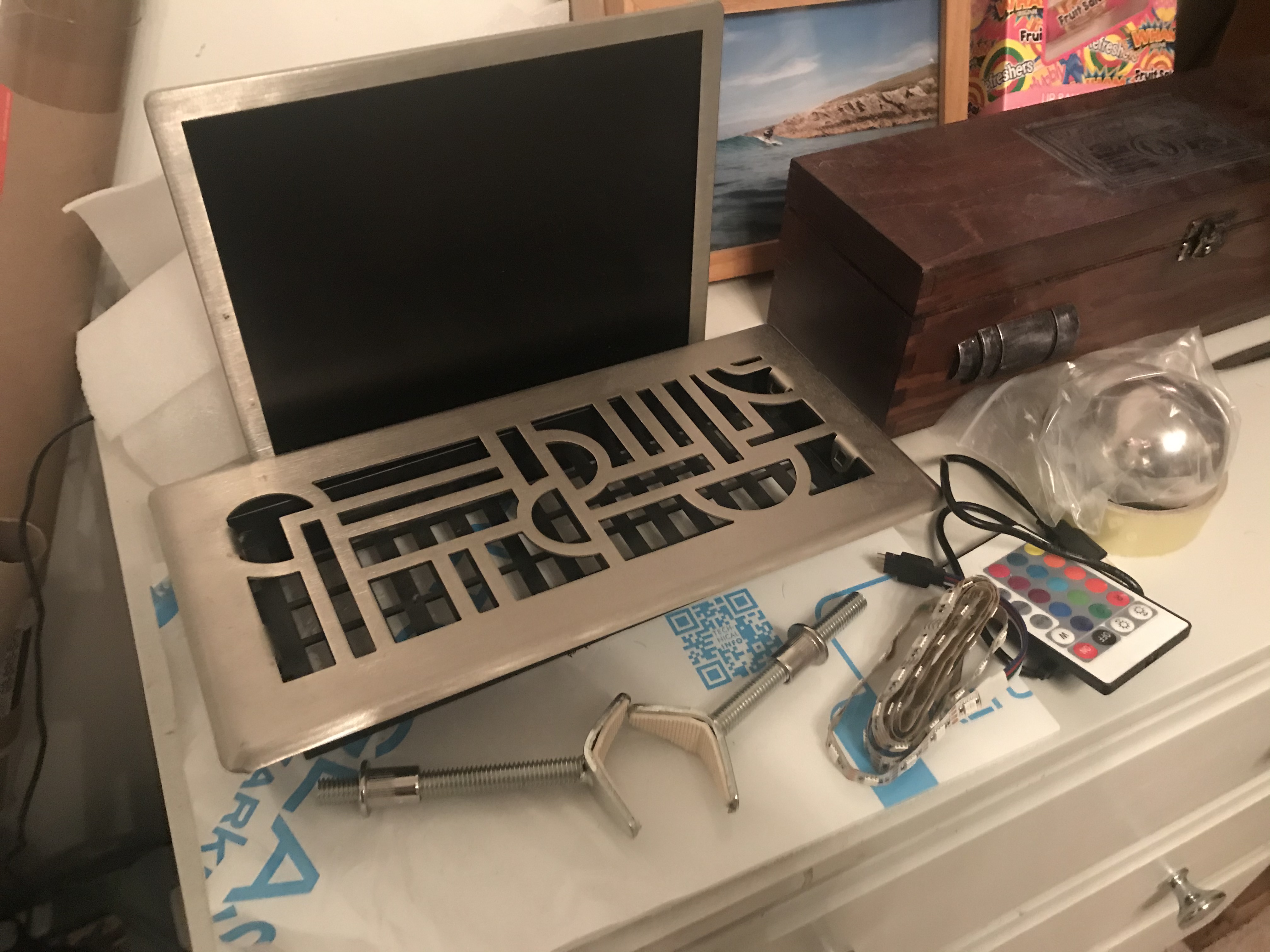 You may notice a couple of changes/improvements.

I found the same floor grate and stair gate adapters, and some slightly better looking bolts to attach them with.

from memory the original used either parchment paper or foam packing to diffuse the leds, I plan on using trans white Perspex instead.

I also found a digital picture frame we don’t really use anymore. I found some computer console designs to display on it. Like these: 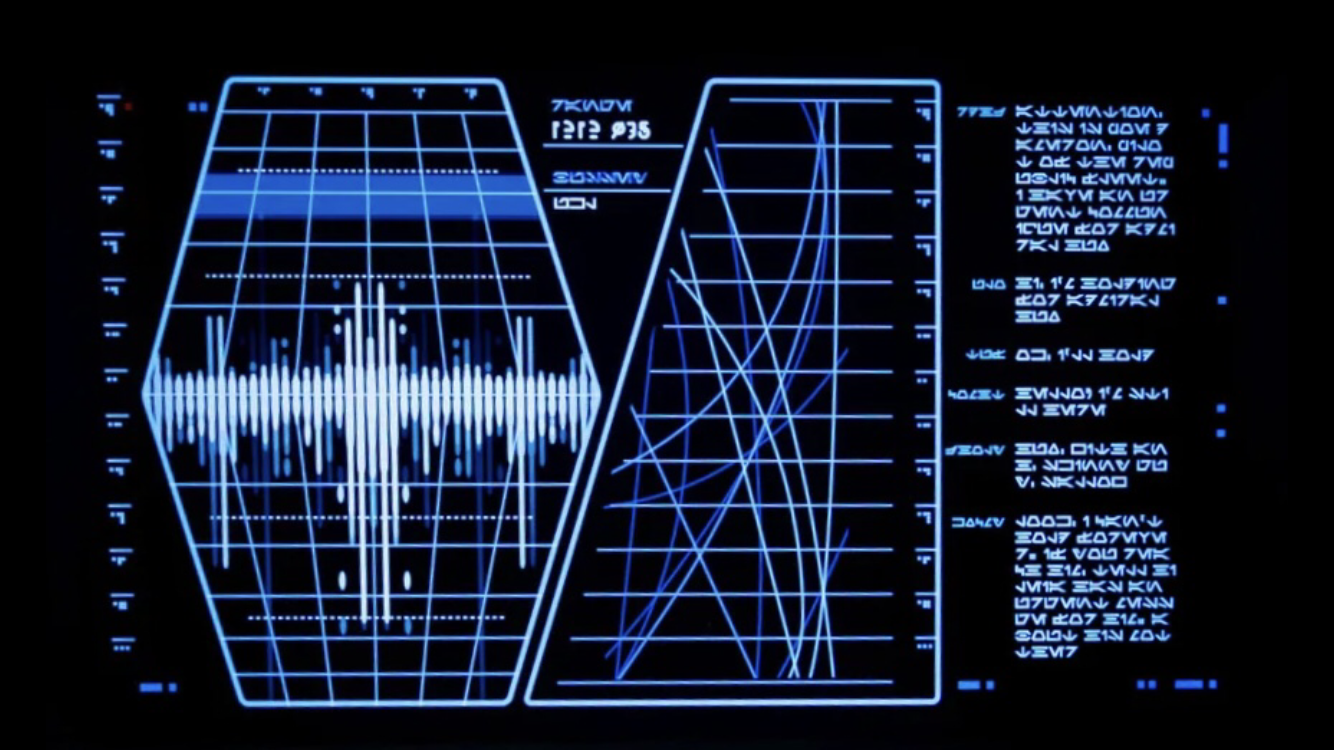 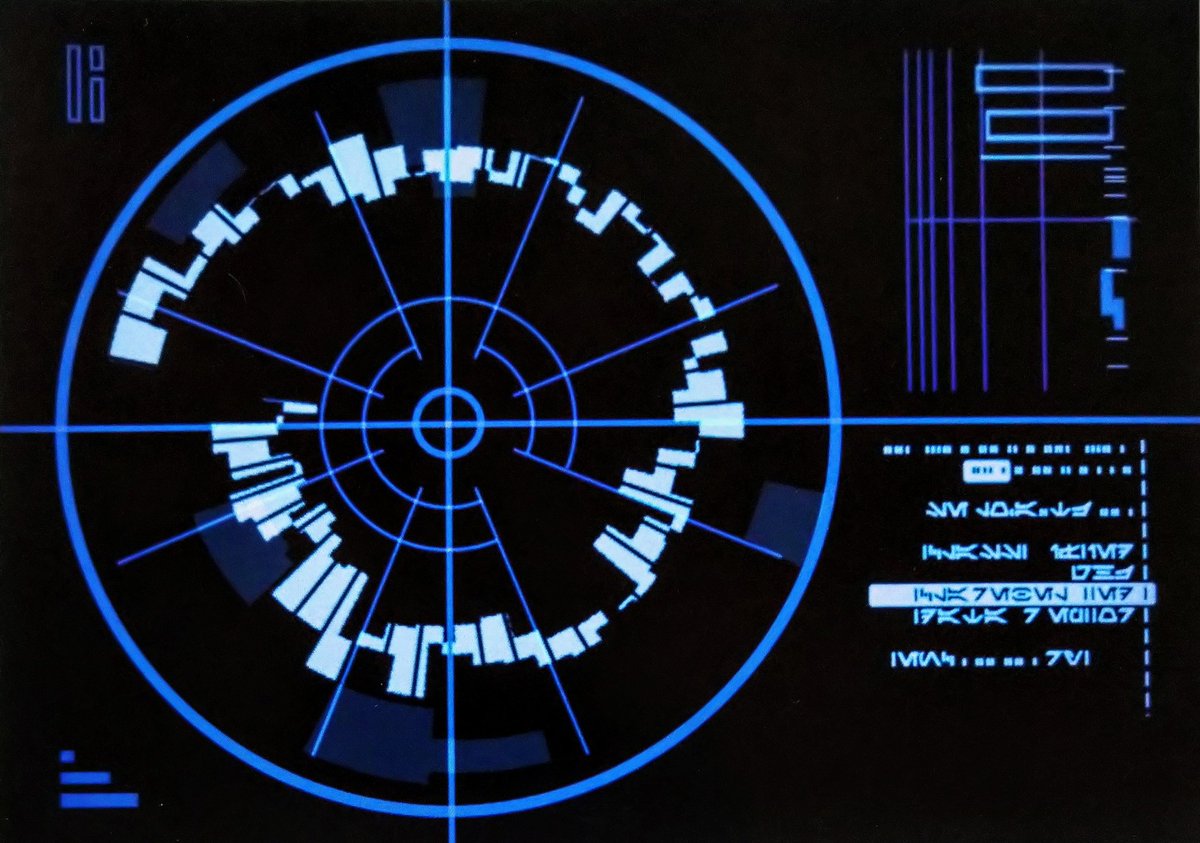 I was hoping it would play animations, but unfortunately it will only play jpeg images.

And that’s it so far, I’ll post another update one this ones finished, then pick which stand to work on next.
Last edited: Dec 30, 2020

I thought that would be my last post for a couple of weeks at least but I had another idea for and additional stand, so thought I would share. (It’s a problem I have coming up with idea or finding something I want to build faster than I can actually build anything)

I came across a 3d printed pen holder when scrolling - 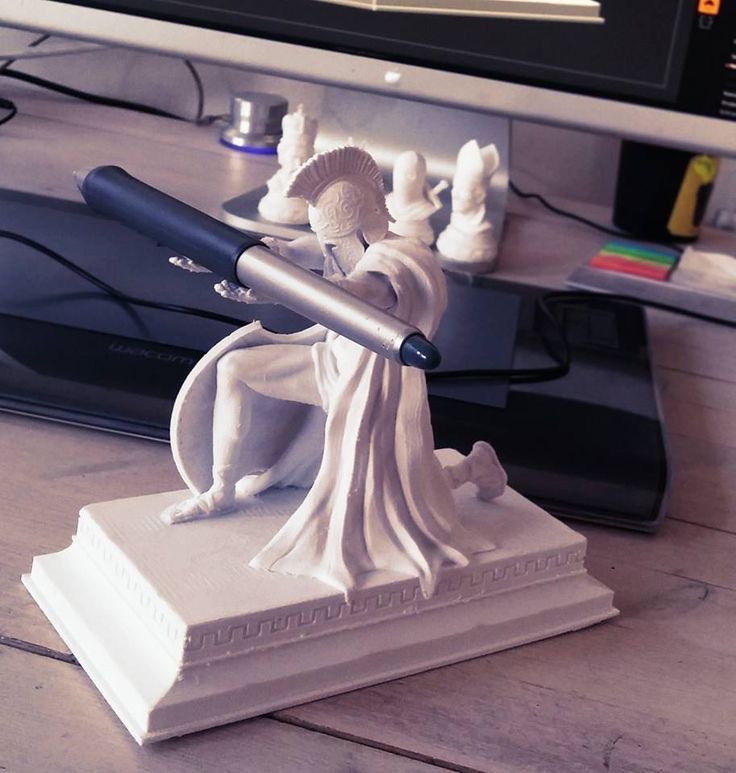 this reminded me of the statues on Exegol for some reason, which lead me to search for images of those and I found the statues of the four sages of Dwartii 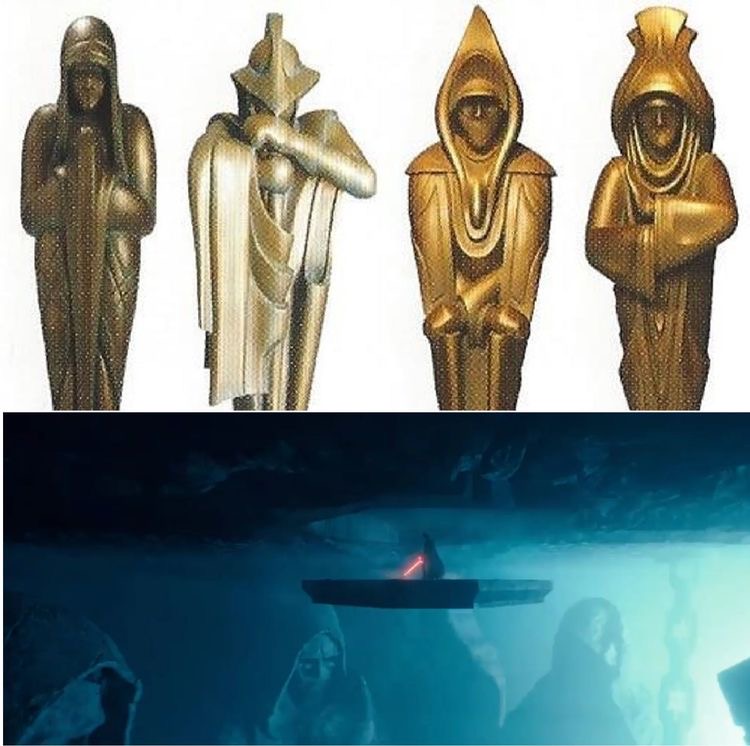 and some other sith like statues from KOTOR that I’m assuming are in the academy - I can’t remember which planet that was based on? 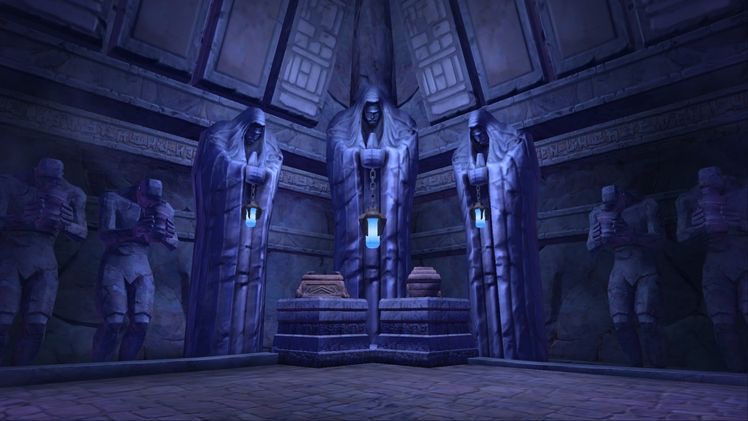 Anyway - I’m thinking I really like the pose of the figure in the pen holder, which I’d change to some sort of hooded sith. Maybe leave the face hollow and back lit red with an led - like those Halloween grim reaper statues. And put old force writing around the base. 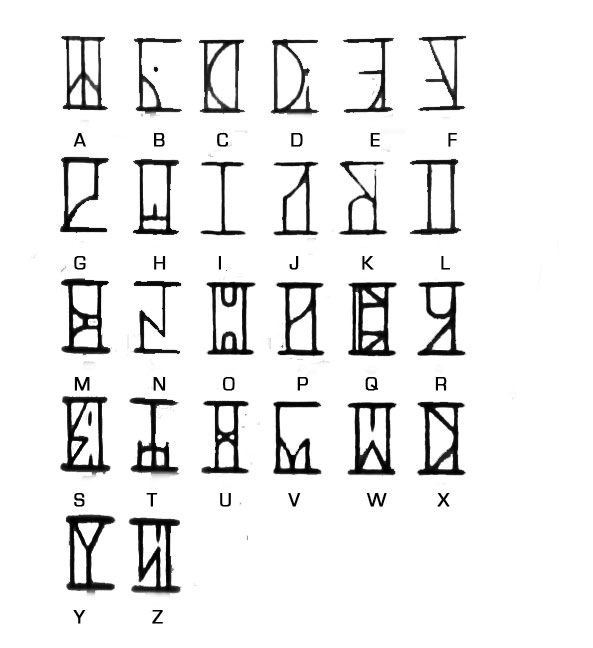 I could combine that over the lava effect I’d intended for the Mustafar themed stand, I was a bit concerned that would be a bit on the plain side.

Not sure how I’d model it, or make it strong enough to support a saber yet, my initial thoughts are some sort of metal frame covered in clay or cloth soaked in plaster or varnish.

I’d like the statue to hold the saber like the pen holder’s stance, but I guess at a push if I can’t make it strong enough the I could add clear acrylic as an extra support - I’d preferred to avoid that if possible, so any suggestions are welcome.

anyway just getting my ideas down somewhere and I’ll try to figure out the rest later.
Last edited: Dec 30, 2020
1

VERY interested!! I've been thinking about a Mustafar stand for a Anakin ROTS hilt!

UPDATE: I finished the hilt I was working on and whilst I wait for the electronics to arrive I had some time to get the 1st stand done. It was quite simple to make only took a couple of hours and I’m happy with the results: 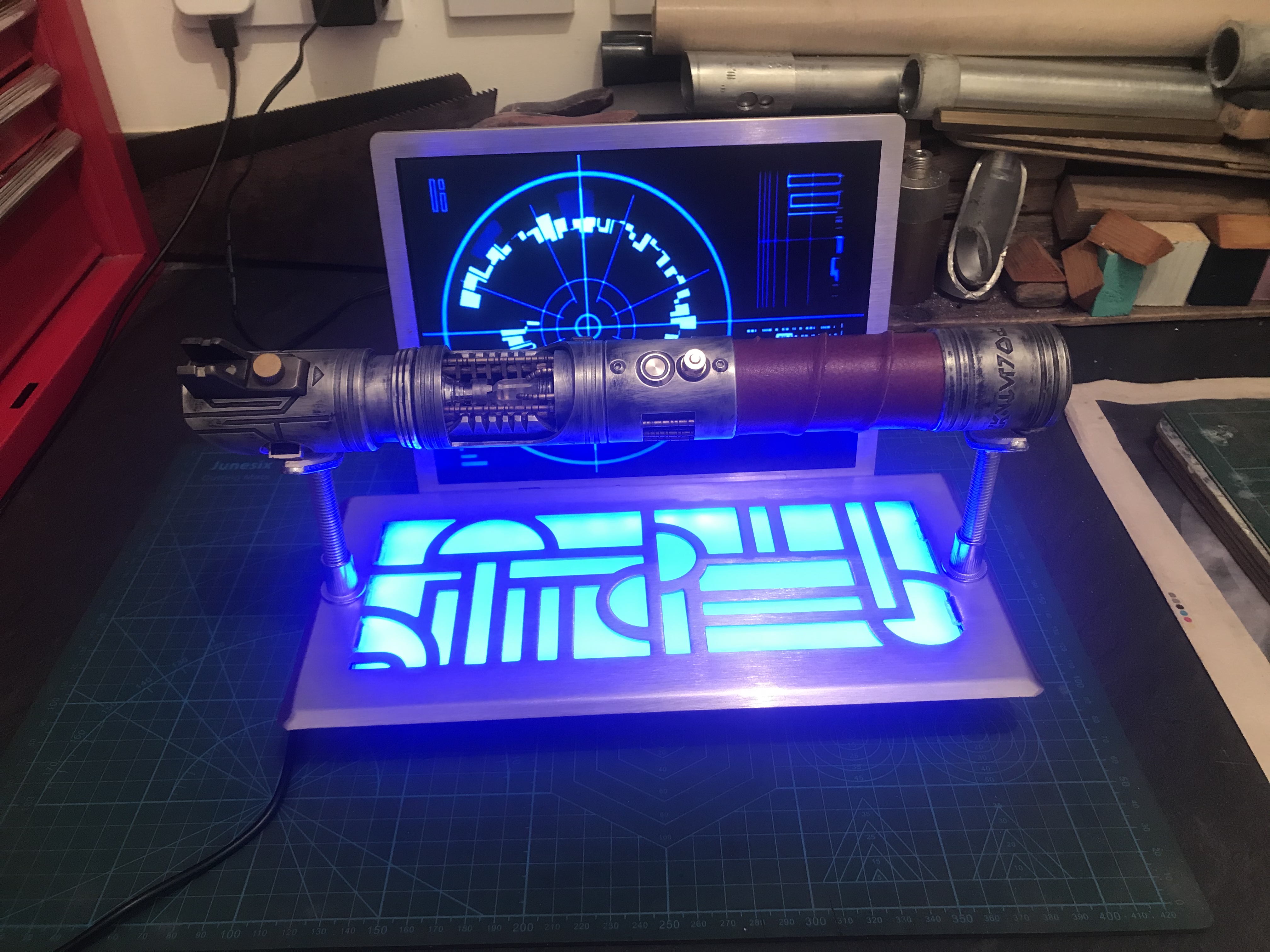 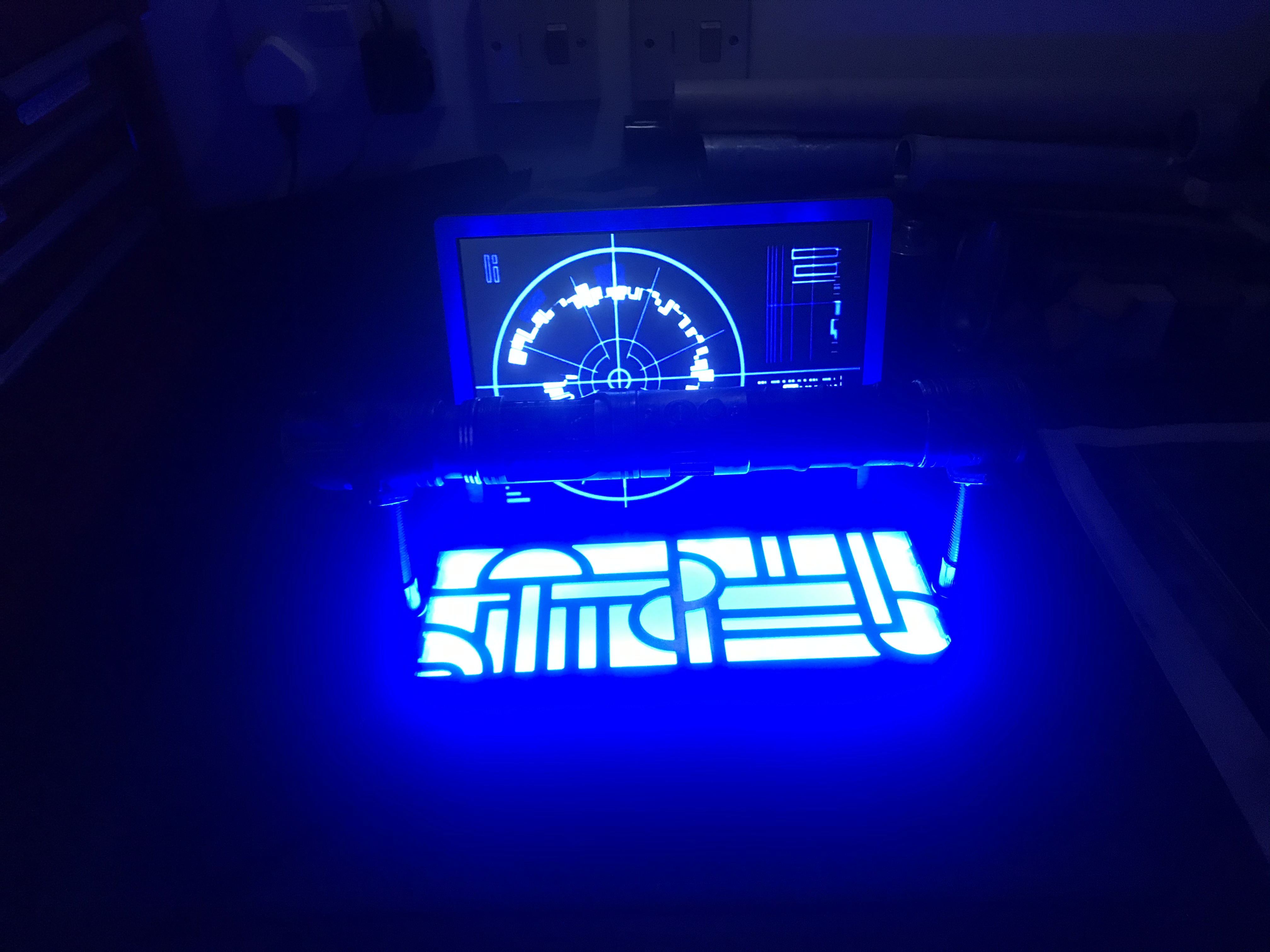 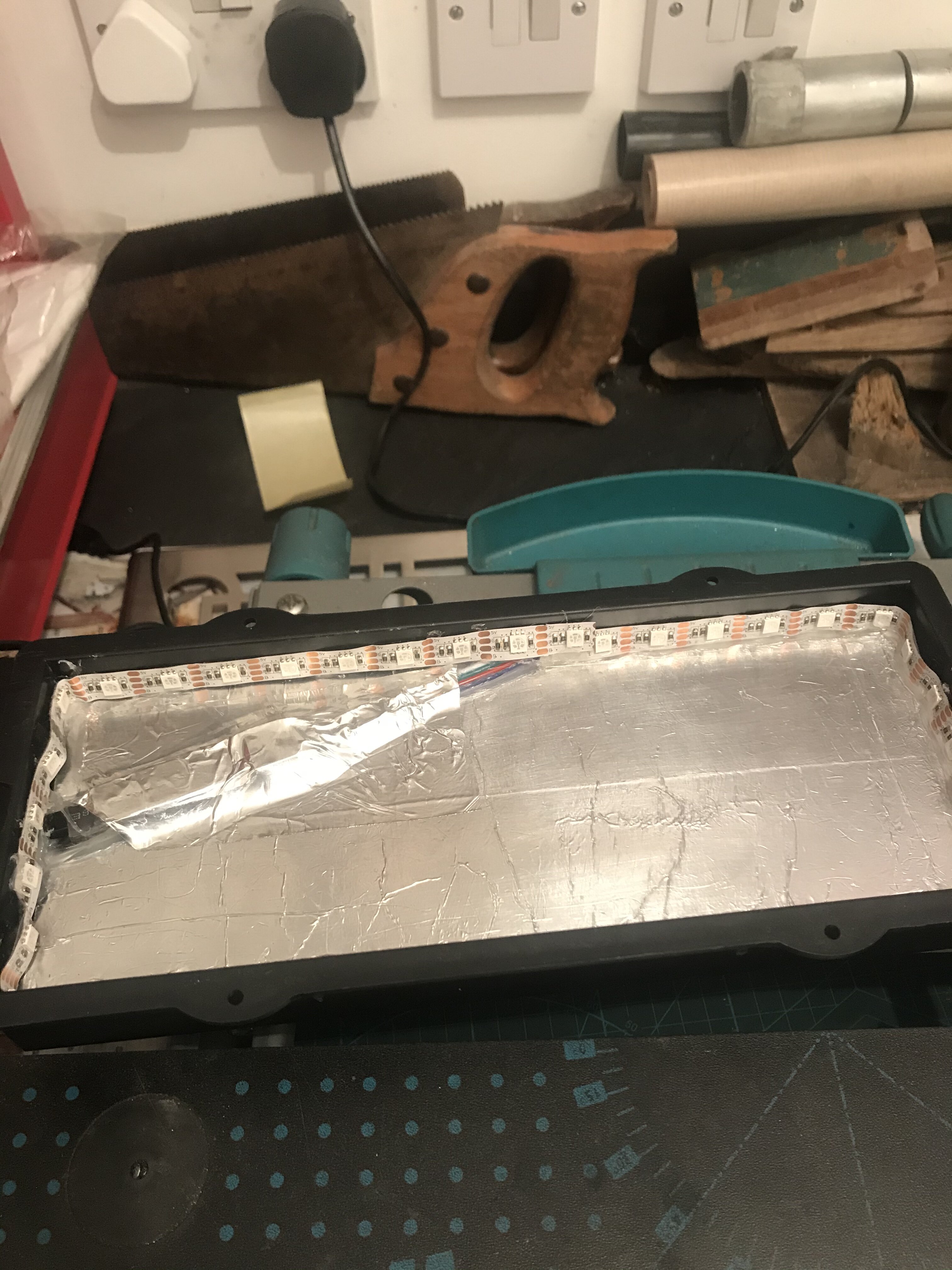 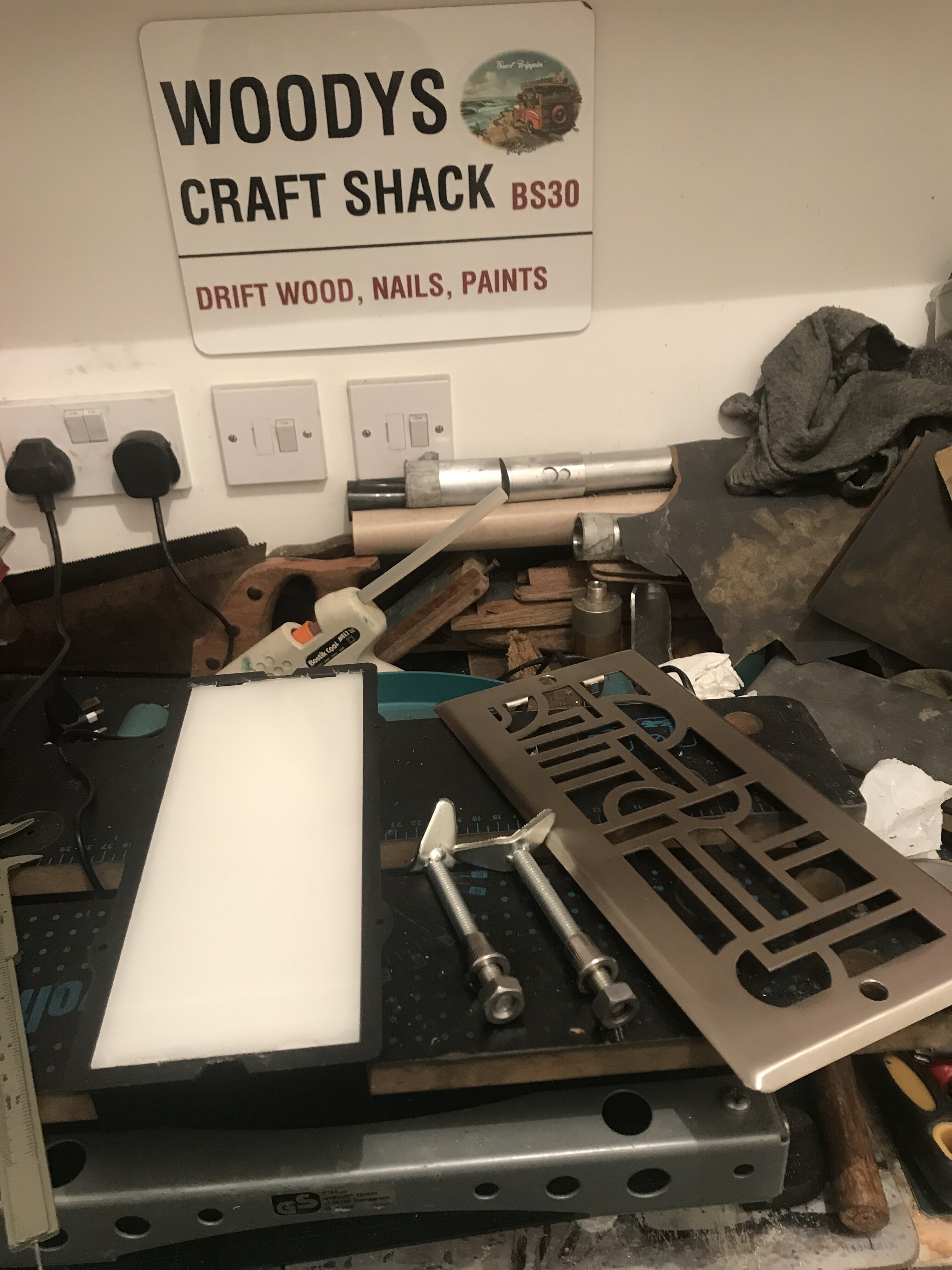 Some of the components for the 2nd stand have arrived another set of lights, this time a went for a micro string of blinking Christmas lights as I thought it might make an interesting’lava’ effect. I’ve also got some Mars red fluorescent acrylic, I’m still waiting for some cork tile to make the rock

while I’m waiting, next up will be a card mock up.

RPF PREMIUM MEMBER
You absolutely nailed this! Big Fallen Order vibes on it. Excited to see some more of this!

How do you display/group your lightsabers (by movie, character, etc.)?