I was very impressed with Scott Marshall's resin Elder Predator so I contacted him about possibly doing another for me.

I have to say that it's been nothing short of a pleasure working with Scott. He's very accomodating to requests and has been in constant communication with me throughout the entire project. He's a very talented and friendly individual and I'm very happy to have made his acquaintance.

For now he's only working on the bust but I'm hoping to eventually get one of his torso's to compliment this display ... and who knows, maybe he'll do legs and I'll have a complete figure!

Here are the first set of progress pics that Scott sent to me. You'll see that he's begun working on the skin pattern and has also started working on the inner mouth: 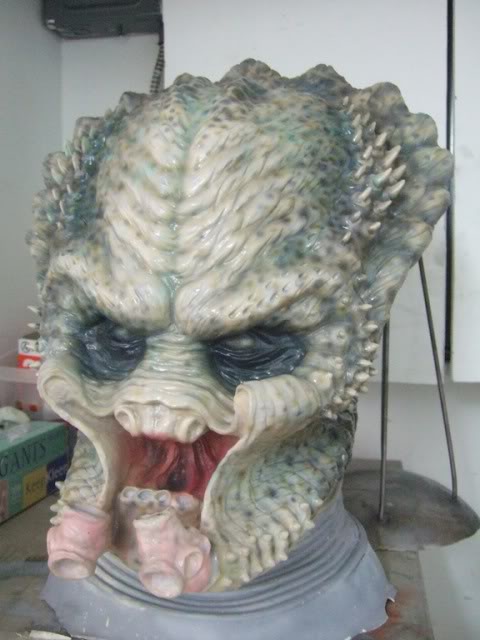 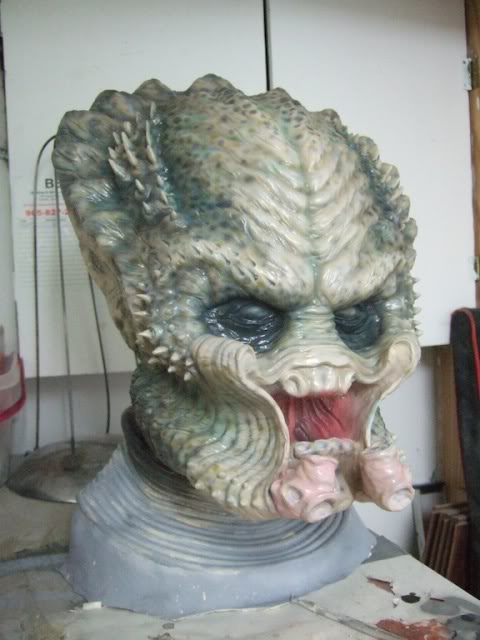 The eyes were completed for the next set of progress pics. You'll also notice that he has fleshed out and veined the inner mouth: 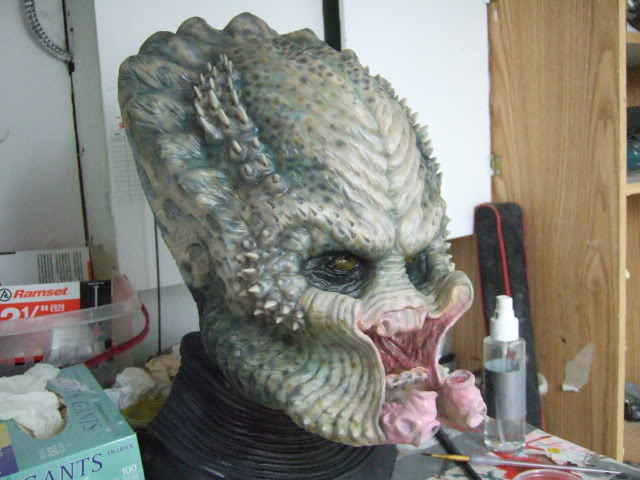 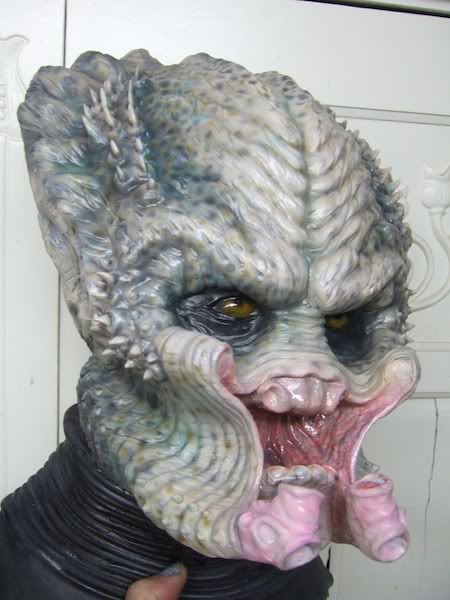 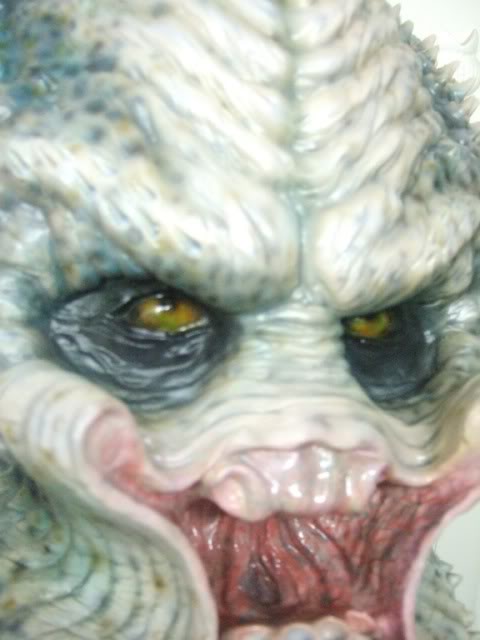 I asked Scott if he could throw a hint of reddish/pink along the center line of the crown - he obliged and sent the following shots: 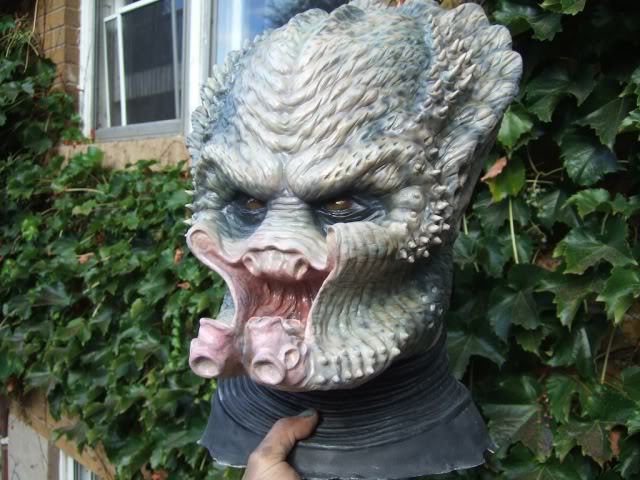 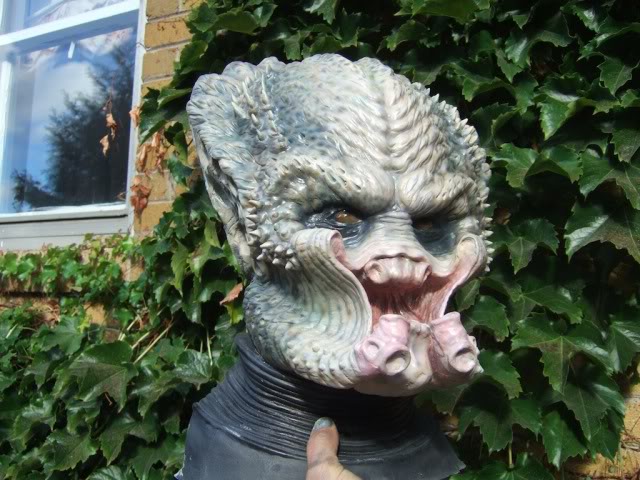 I received these pictures today - he's begun installing the teeth. I love the cracked tusk and the smaller side tooth that juts out to the side in the last pic: 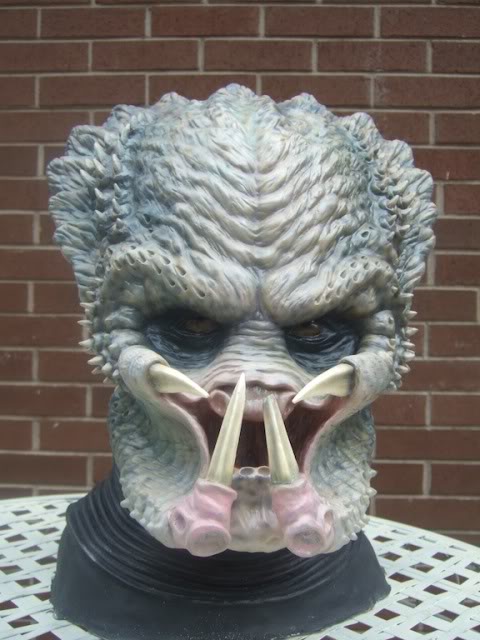 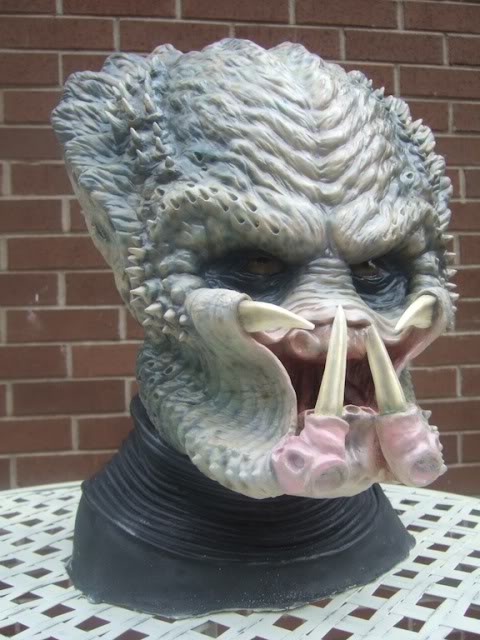 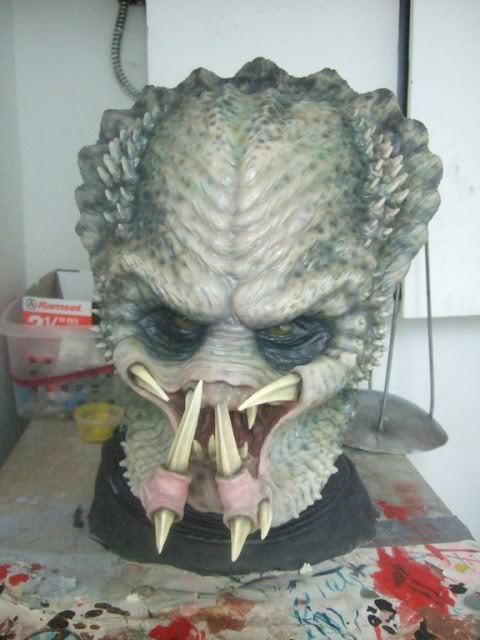 I really can't wait to see the next batch of pics. I love the fact that he's been so accomodating with pictures and tries to incorporate all of my ideas. I asked that he trick out the dredds with extra beads so I'm really looking forward to that part of the project when he gets to it.

Scott's paint-ups are the shiz! Can't wait to see more pics as he completes the project.

aren't we lucky simmon?!!can't wait for mine to come in too.
what I would like to see here are shots of your collection.I don't recall you posting ay here only at the RPF.
would be nice and awe inspiring to see what I envioulsy call " one of the best prop collections" out there
Lem

Scott has mastered the Elder head thats for sure! Great progress pix!

i got one WIP as well, but yurs should be done before mine. Cant wait to put him up next to the Murphy Elder. Messaged you on Facebook Scott

Here's another progress shot I received from Scott last night - he has begun working on the quills: 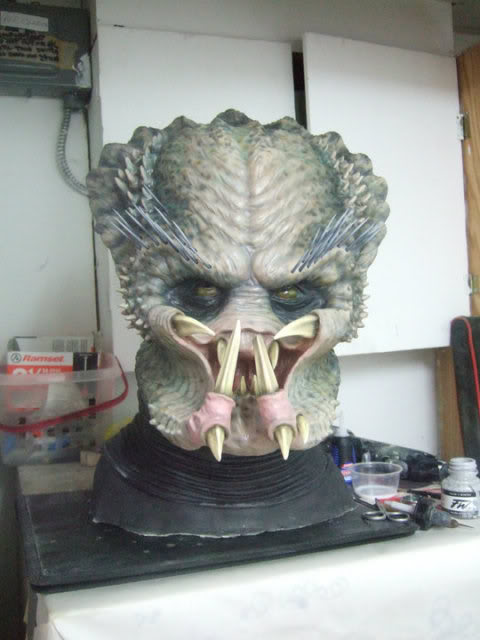 Roninpred - that is a great compliment! Thank you so much! Being a newb to the community I didn't really want to post anything until people were more familiar with me and I was more familiar with the board. Give me a couple of weeks and I'll post some new collection pics. I have some pretty interesting things coming in fairly soon ...

Azure - you already know that I'm a big fan of your collection. I'm glad your getting one of these. It will look great with your already wonderful looking Murphy Elder.

I've seen pics of your collection before and think you have some awesome stuff !
That's cool that you've picked Scott's elder to add to your collection .
Thanks for sharing these photos , keep us updated !

Here is the latest batch of progress pics from Scott today. More quills have been added, additional veining along the pink areas on the lower mandilbles and more teeth have been installed: 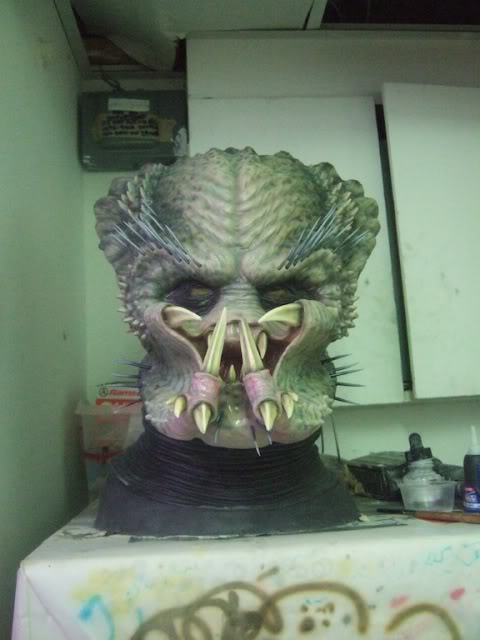 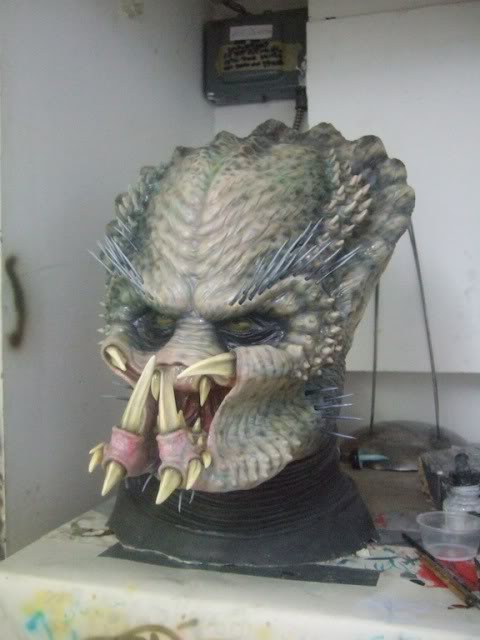 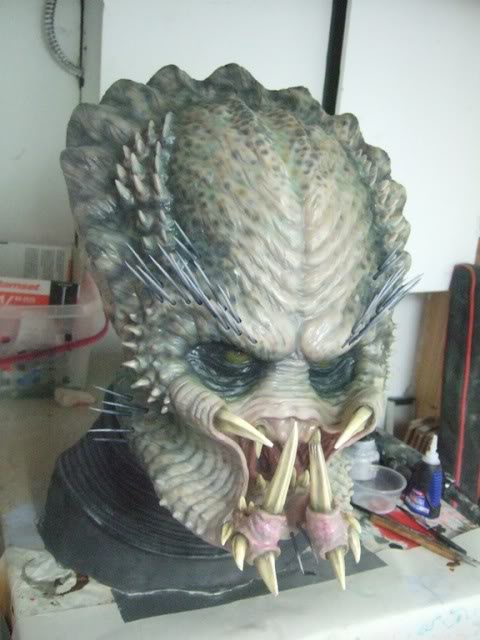 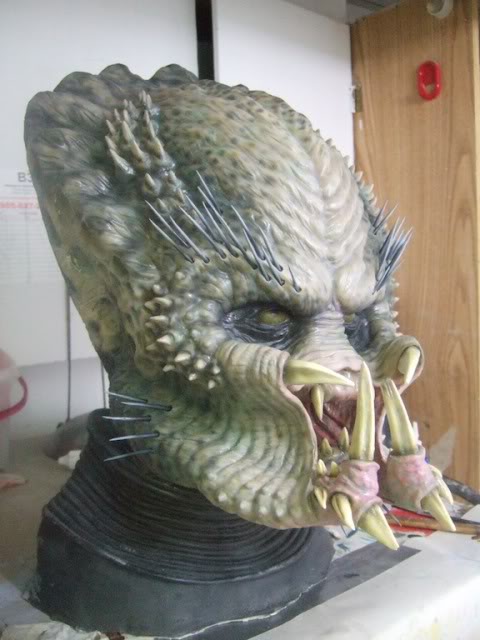 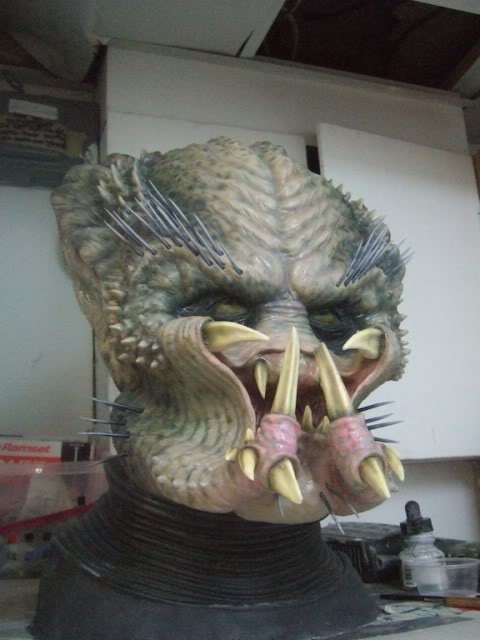 ELDER WARRIOR said:
I've seen pics of your collection before and think you have some awesome stuff !
That's cool that you've picked Scott's elder to add to your collection .
Thanks for sharing these photos , keep us updated !
Click to expand...

Thanks for the kind compliment! I appreciate it a lot. I'm glad I saw Scott's work here on this forum. I've always liked the look of the Elder and am very glad he tackled this for everyone here.

Here are some shots with the tooth ring added: 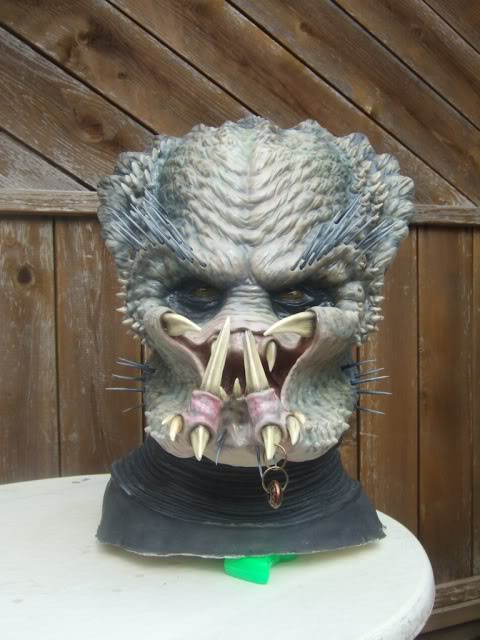 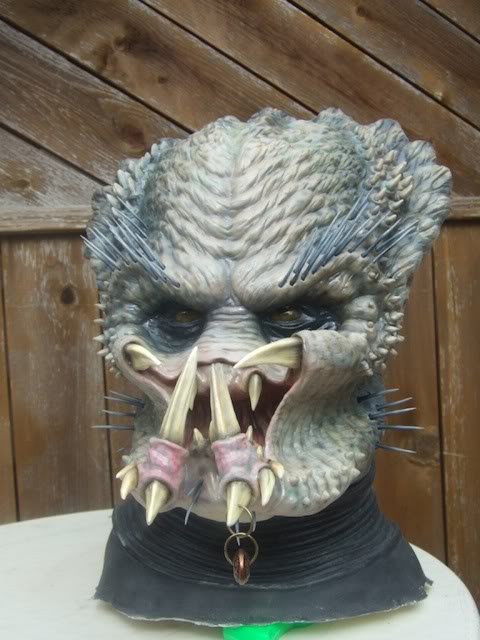 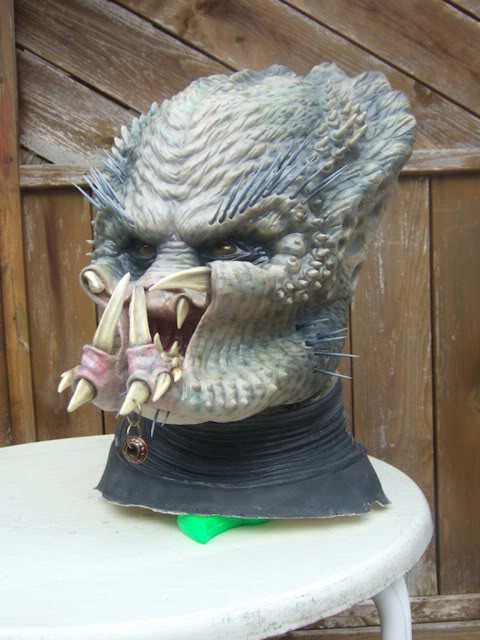 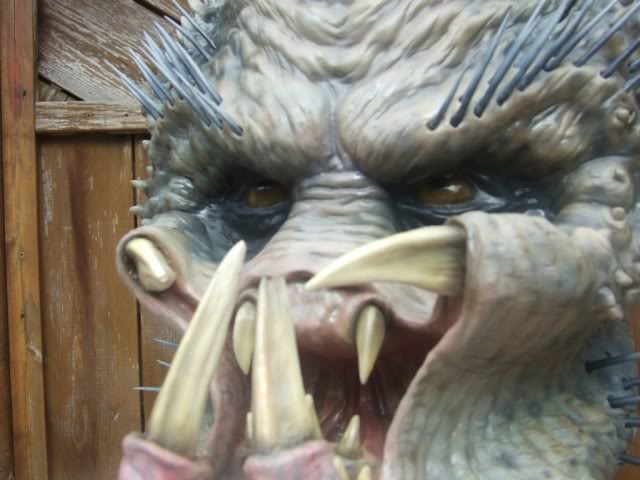 Oh man that is one bad ass bust. You're lucky fellow
Does Scott sell these busts raw?

Anyone who has him on Facebook knows how truly awesome they are. I can count on these to show up atleast once a day like clock-work. I tell ya what I could set my clock to them if I ever needed to. Scott's work is amazing as always.

Thanks for the reply Scott!
This will definitely be one of the earlier things I buy.

Scott just sent these new photos. He's trimmed the neck line and has begun adorning the neck ring with beads and bones: 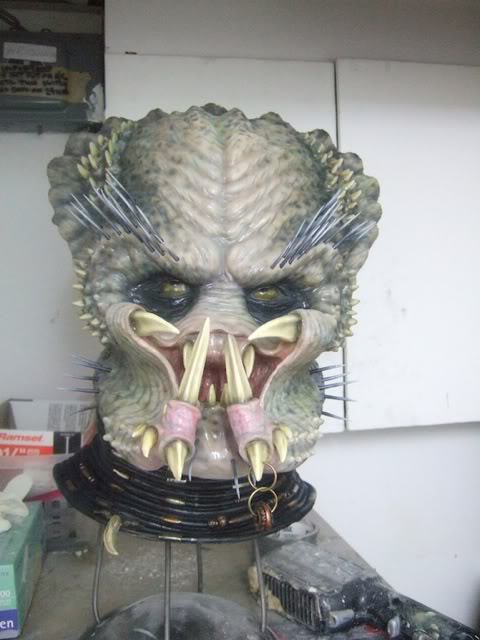 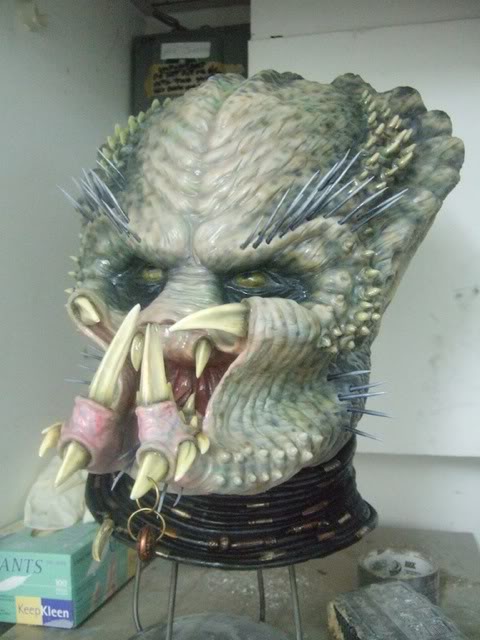 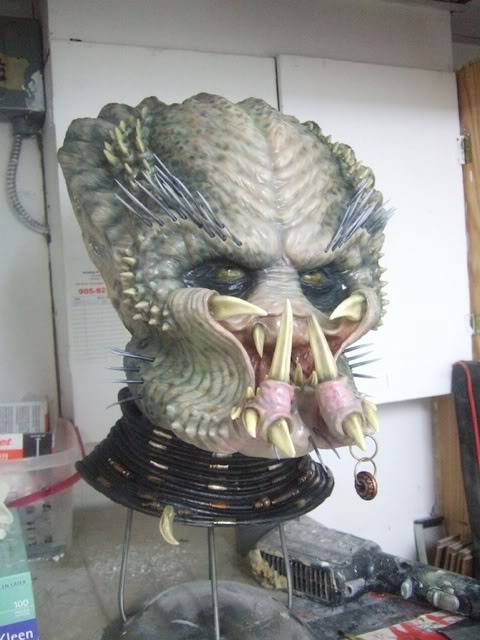 Another quick update from Scott - neck ring is done and he's expecting the dredds in as soon as today. Looks pretty, right? 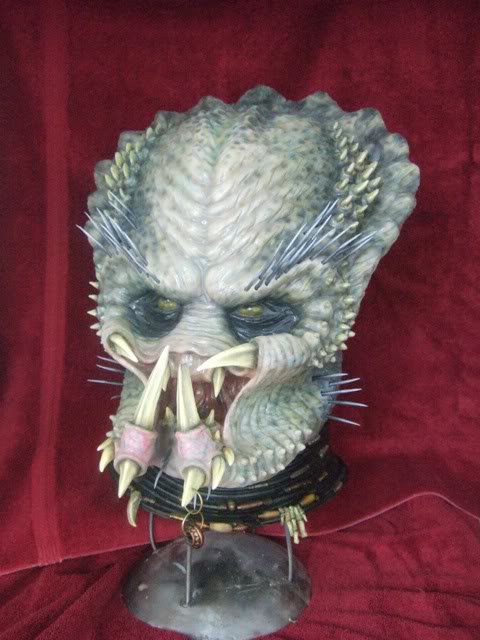 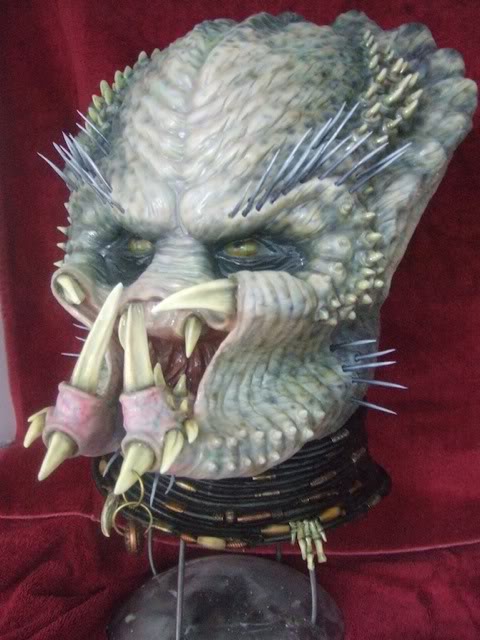 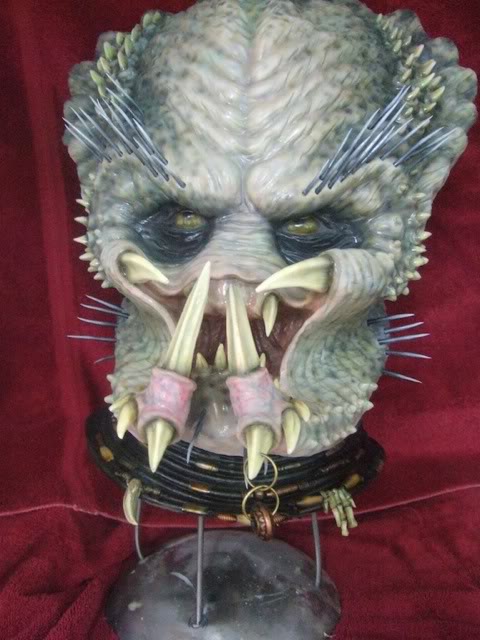 looks great Simmon! Btw-go and update your collection pics for crying out loud