Okay so I haven't been on here in a while and with my school break coming up I decided to really start working on my female predator suit build. I had originally started building my mask but my armature broke on me so I'm waiting for a new one to get here. The mask sculpt is okay but I figured that I would start on another one.

BUT I know you probably clicked on this because you want to see my super sweet concept bio right? lol...Well I decided to start designing my suit based on an Egyptian theme while still maintaining core predator elements...So far I'm working with 2 concepts.

As far as body armor goes, I included a rough sketch (and I mean rough) of what I was initially thinking. But looking at some reference pictures today I have now decided that I want to use more elements from the Egyptian goddess Isis. I think that hardest thing for me to do will be to figure out the bust area and how I want to design armor for that. As far as the "groin plate" I'm going to incorporate a more pred-like design in that. In fact, I'm working with foamies right now and hopefully I'll have a pic or two up this weekend regarding what I've done.

Check out the pictures below and tell me what you think. Oh and please excuse my drawing skillz...I'm kinda lacking in that area at this point in time haha 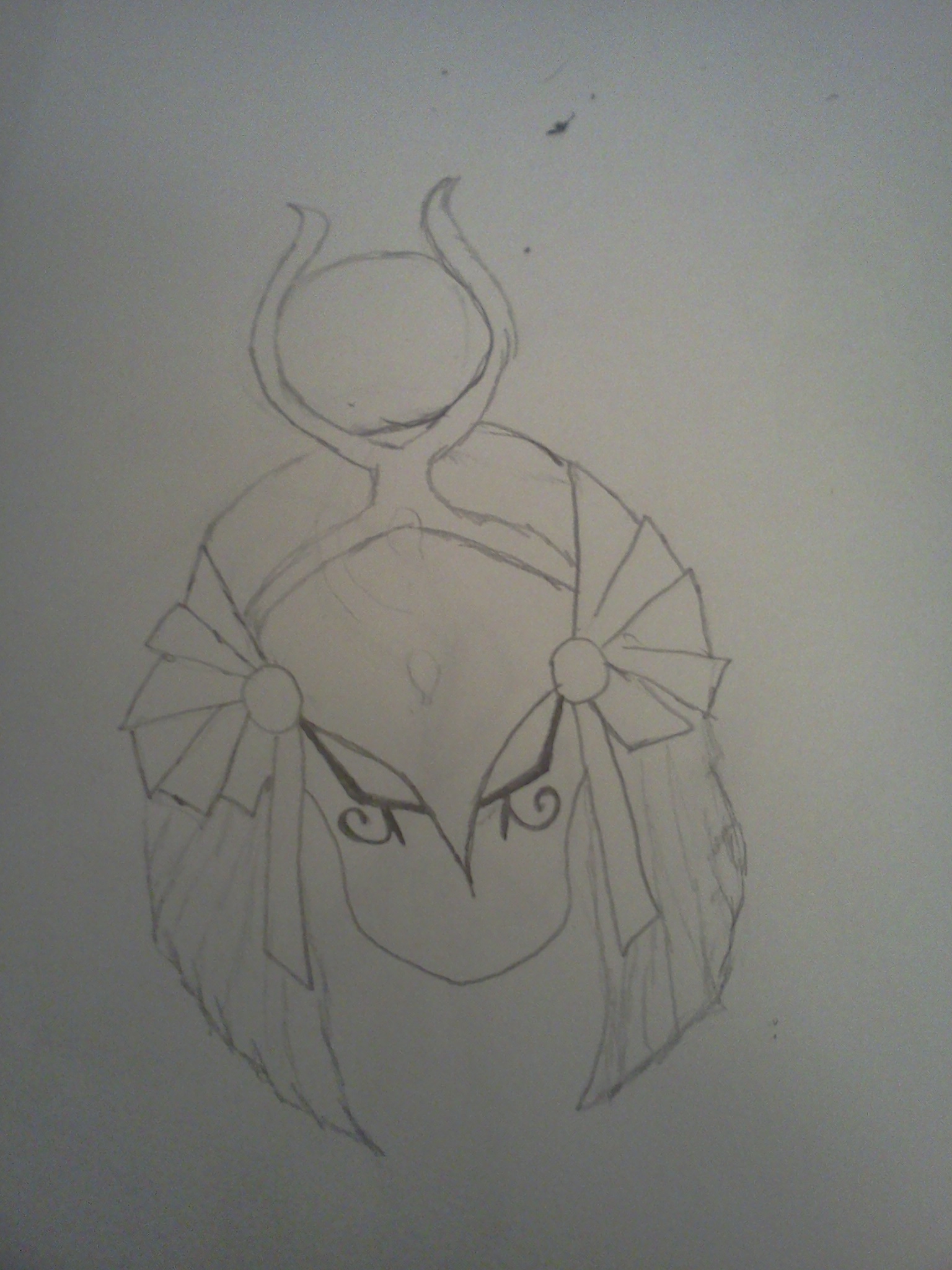 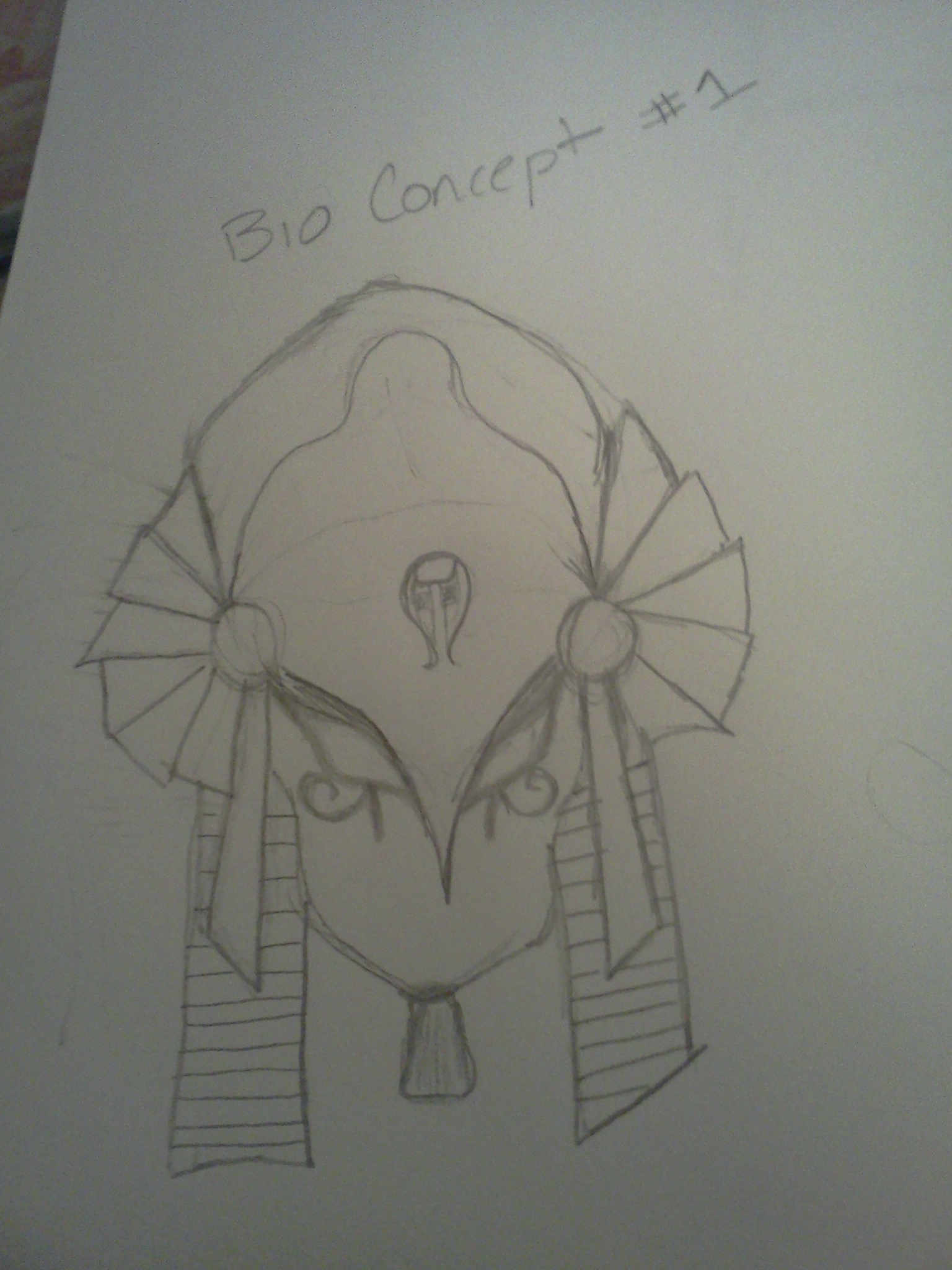 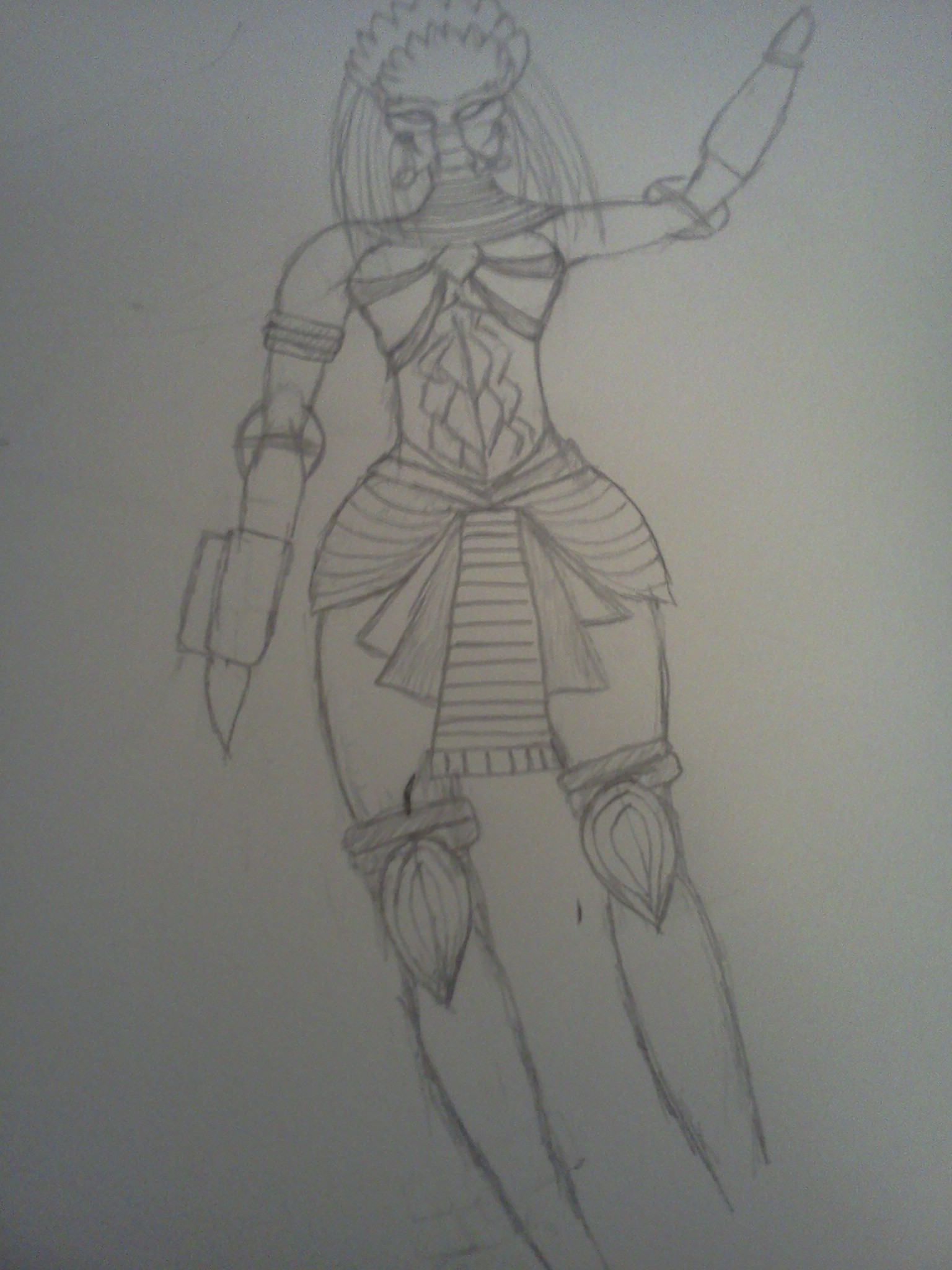 That's a pretty wicked cool idea. Keep it up and I'm sure awesomeness will ensue.

PrettyHuntress08 said:
Check out the pictures below and tell me what you think.
Click to expand...

THAT is the bio that the Preds who were standing on top of the pyramids in AVP should have had.

im loving the concept already! Would love to see something like that come to life!
H

Remember, you don't have to go full-on Stargate to get a kick ass bio design. Your colors and accessories will help with the themes influences.

PrettyHuntress08 said:
But looking at some reference pictures today I have now decided that I want to use more elements from the Egyptian goddess Isis. I think that hardest thing for me to do will be to figure out the bust area and how I want to design armor for that.
Click to expand...

After making a duct tape dummy of yourself, you can use that form to create mock-ups for the bust area. You can sketch/trace your ideas onto craft paper, foamies, or whatever you choose and then just cut them out and arrange on the dummy to get an idea of how the concept will turn out. You can play around with your different designs until you finally have the "ah ha" moment where it all comes together. That can work for all of the armor, so you can create whole looks and modify as you go.

I hope that helps a little, don't be afraid to ask for some guidance and advice - that''s why we are all here.

Wow love the idea. I hope you're able to bring it to fruition. I'd love to see the end result!

Thanks everyone! I've uploaded a few pics of my progress so far. I need to build a platform in order to construct my bio but I will start working on it soon. My new armature just arrived today too! Yaaaaay!!!

But in any case...I'm liking how the first gauntlet is coming along. I feel like it may be a lil small though because of all the duct tape. However, since I'm prolly going to be doing a suit the Mr. I way I think it'll be okay for now. I need to figure out what else I can do to fill in the gaps. I ended up making the gauntlet using a pringles can and one of my sister's old soccer shin guards with templates by VinMan (Thanks!!!). I'll start working on the other one next week. I hope I can remember what I did because I literally got to the point where I was cutting random shapes and seeing what looked nice .

As far as the groin plate I drew a simple design on the front. I may add some more elaborate to it but that still TBD. Right now, I'm reinforcing the back by gluing material to it (I found this cool tutorial on how to use foamies for armor on google). I've also bought some animal print (giraffe and leopard) to try and incorporate into the design. I think the hardest part of this suit is actually going to be putting the thigh and skirt-like armor together.

As for the armor that will be on the bust...I think I'm going have a bird with it's wings spread that covers everything (if you could visualize that). I'll probably do an drawing of it later. I've also rebuilt my duct tape dummy and its better than ever so after I start to paint stuff up I'll start adding it to the dummy to get an idea how all this stuff will look.

Thanks again for the all the words of wisdom and encouragement!!! 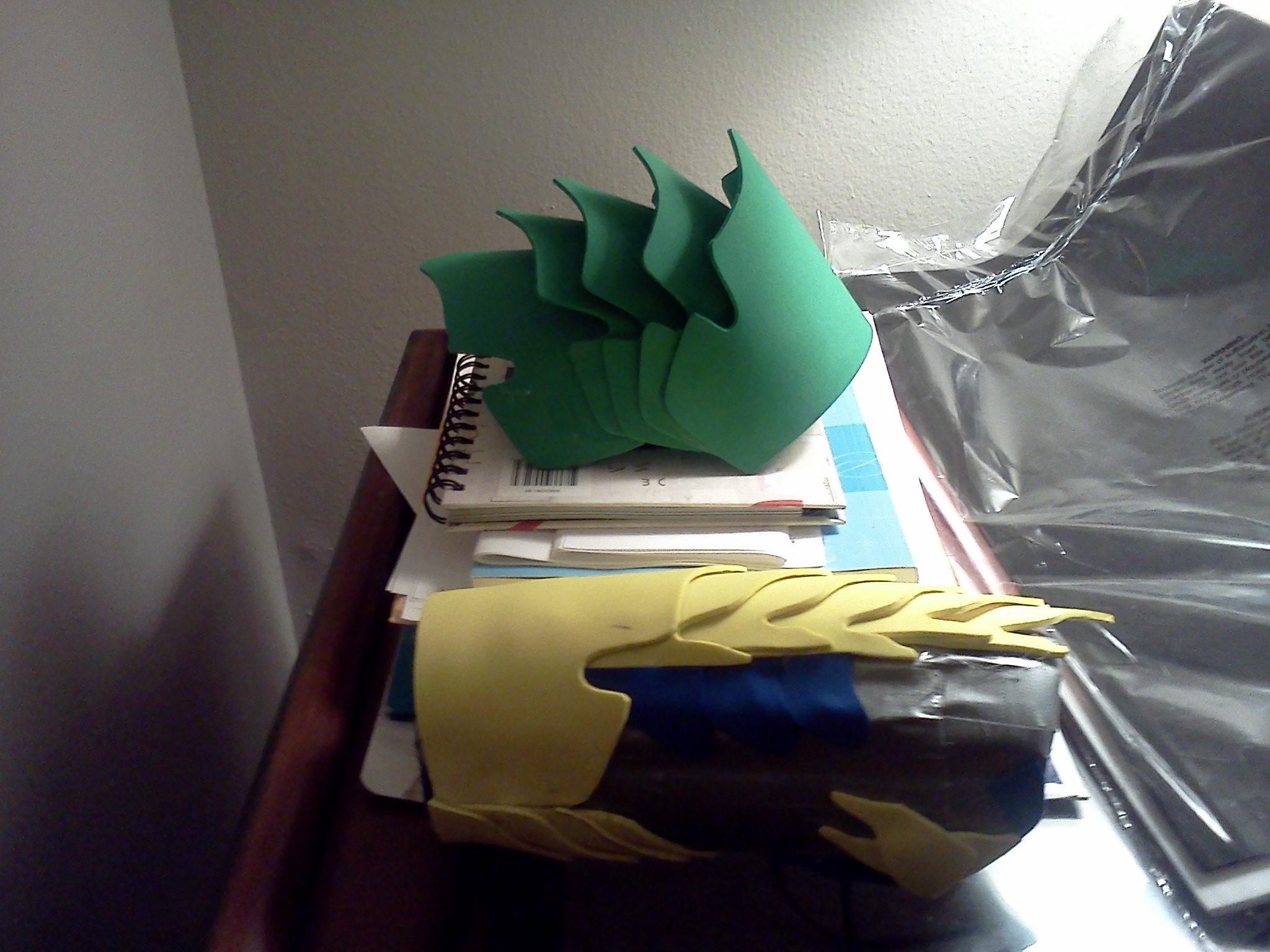 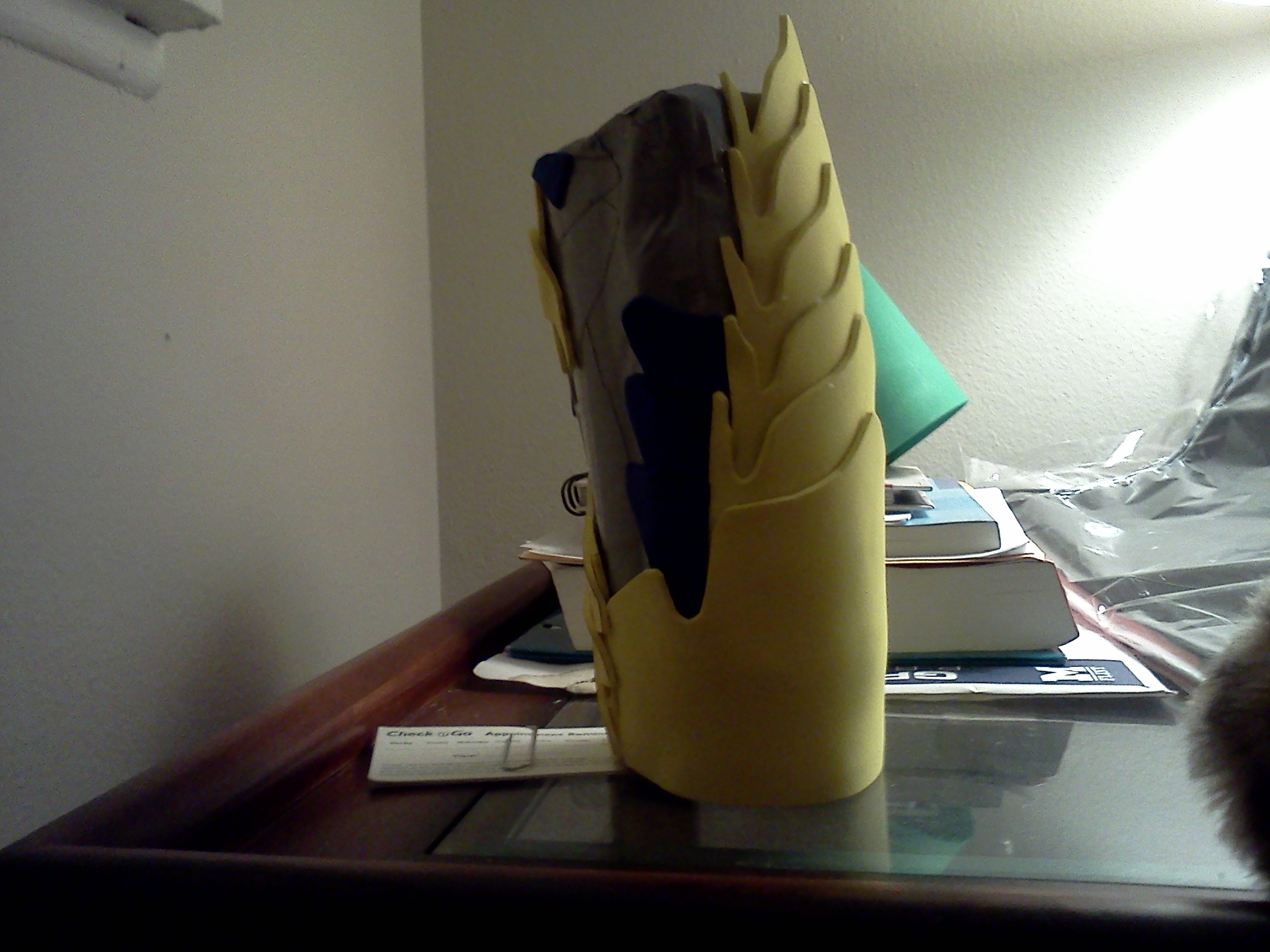 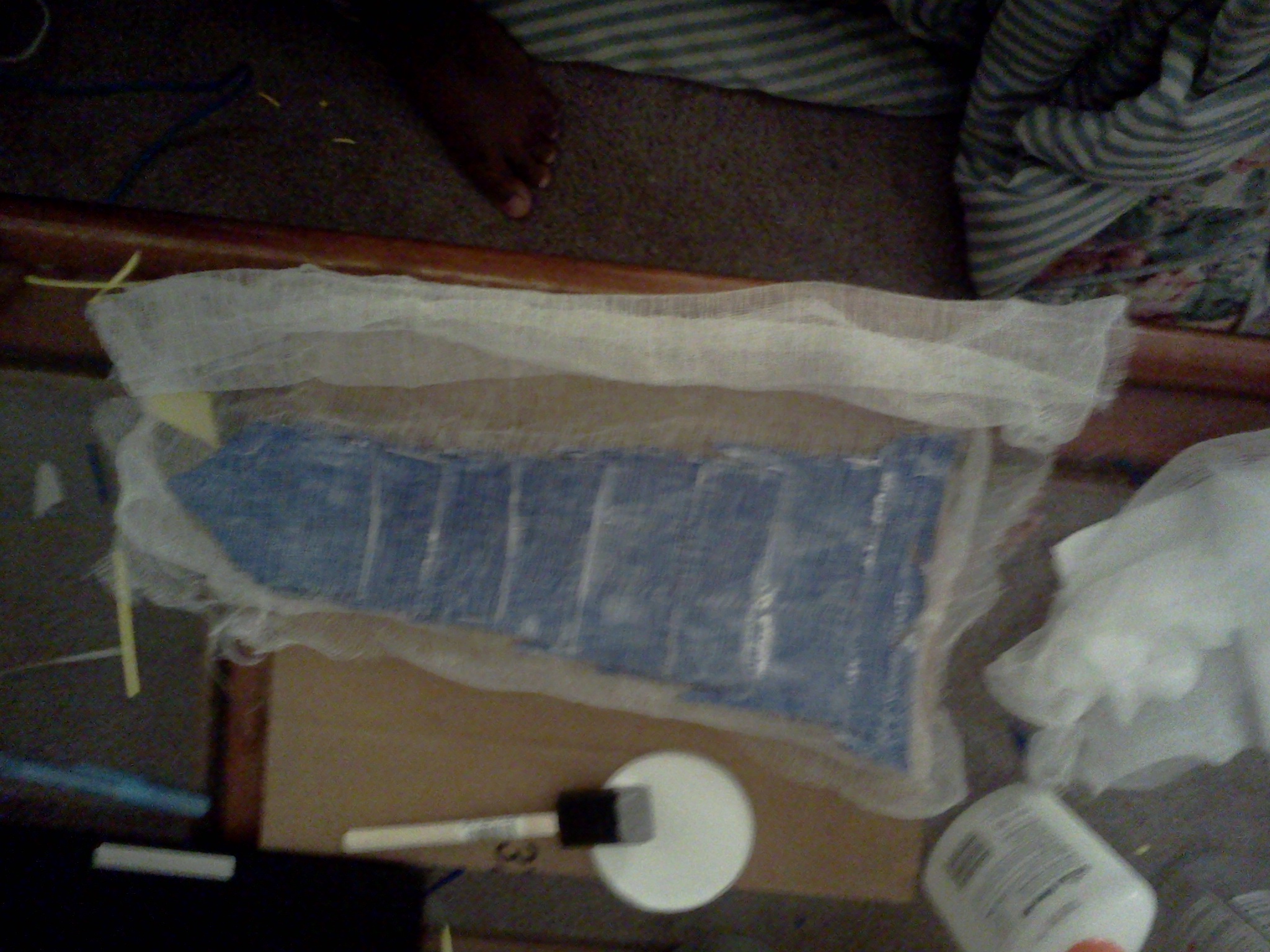 Oh...I almost forgot...here's a pic of the faux furs that I bought. I'm still trying to decide which one I like better. Thoughts??? 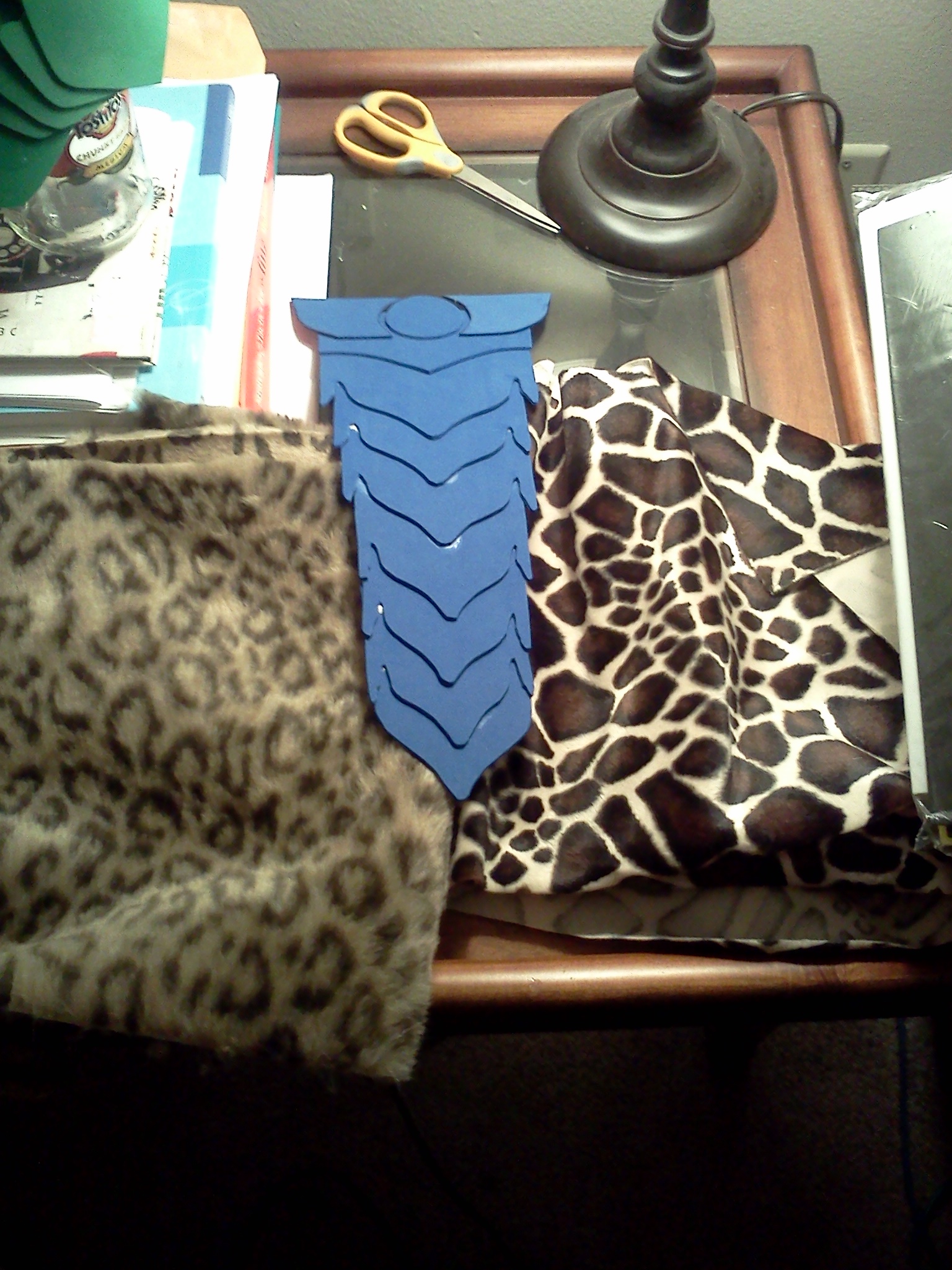 PrettyHuntress08 said:
Oh...I almost forgot...here's a pic of the faux furs that I bought. I'm still trying to decide which one I like better. Thoughts???
Click to expand...

Yea I was thinking the same thing. I originally got the other pattern because I thought it looked cool but when I got home I realized that it looked like a giraffe's skin. So I spent some more time working on the armor today like I have the extra time to since my exams are next week (dislike)...but here are a couple of pics of what I've done so far. Right now I'm still working on the groin flap and I am currently sealing the foamie material with a glue water mixture so that I can paint it. I also found some some old PJs that I cut into the shape I wanted the bottom half of the armor to have. The only sucky thing is that its a pinkish color and I was looking for something more white. But I'll have to make due with what I have now. It may still work out because I still have to do more hip armor etc. As for the top, I just covered in the same fur material to see what it would look like. I kinda like the effect I get but it looks more cave woman than anything lol. But I still plan on working on more armor for that area and I hope that I can incorporate the fur in some way that will still give me the look that I am going for. I can see a lot of sewing in my future though. Tomorrow after I study, I plan on doing the other shoulder bell and hopefully painting the groin flap. 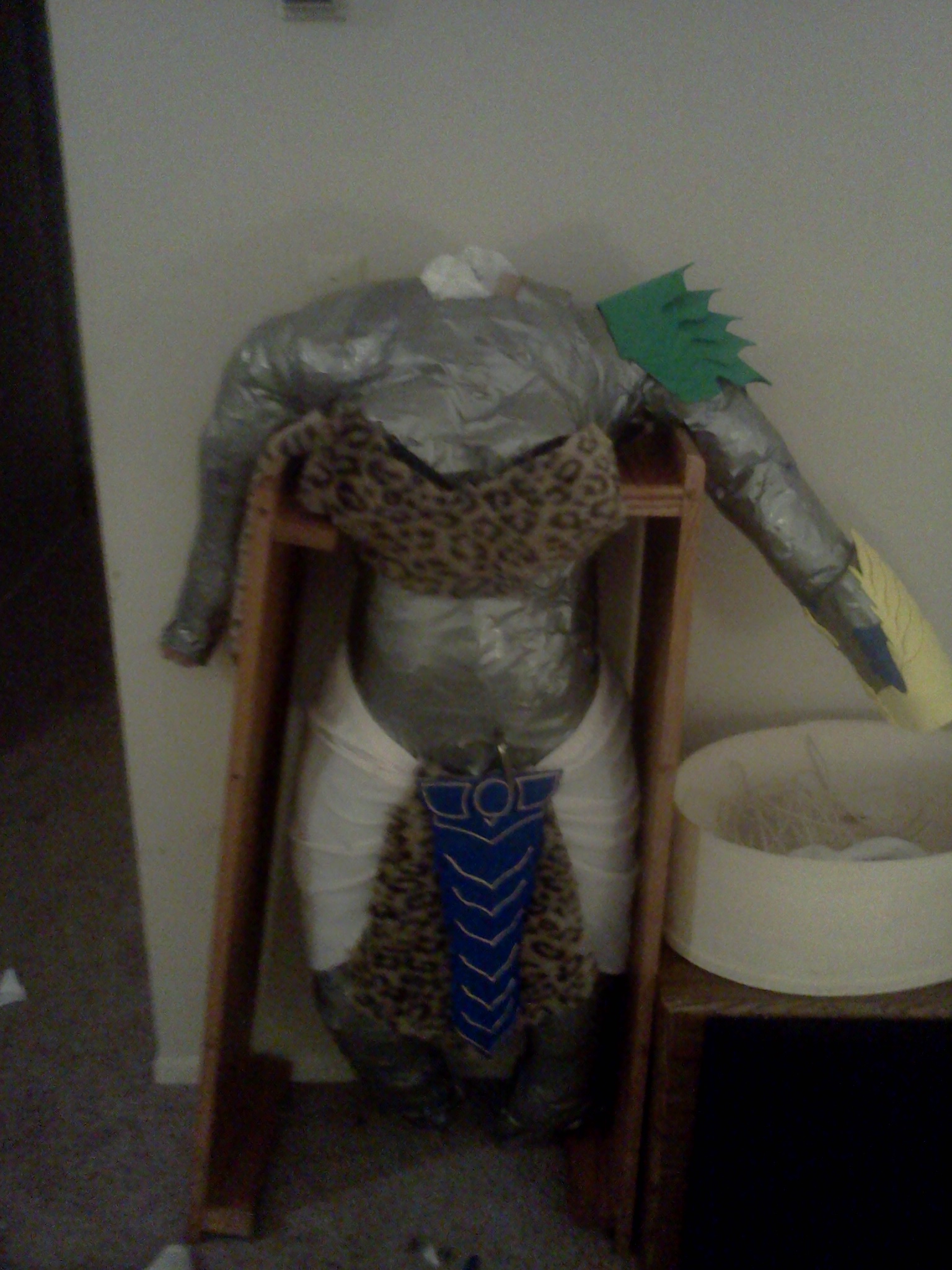 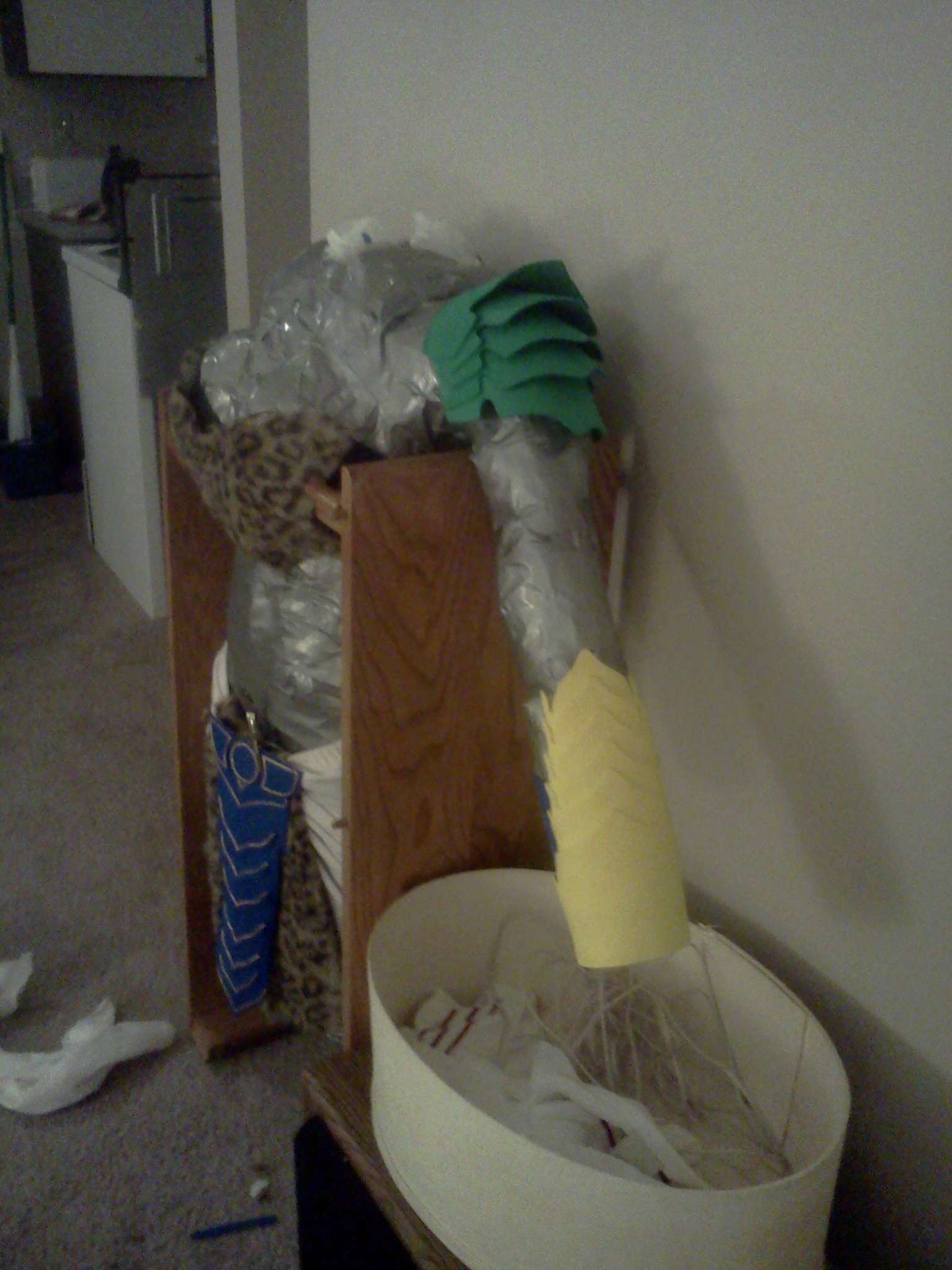 Oh and I'll be starting on the actual bio in the next week or so (preferably after my exams) as soon as I finish building an armature for it. I'm so excited lol!!!!