RPF PREMIUM MEMBER
I think the biggest thing that's impacted all of the higher-end Star Wars licensees has been an unpreparedness for the sheer scope of demand. ANOVOS was used to how they did things for BSG and Star Trek. But the same business model does not work for Star Wars. The instant they, or Museum Replicas, or Master Replicas, or Icons, or eFX announce they're going to be making something, a huge swath of the customer base expects it instantly and -- if it is not forthcoming immediately -- pull their money back out, either by cancelling the pre-order or by boycotting any further product.

Not saying everyone is like this. Look how patient so many here and over in the ANOVOS thread have been for years while waiting. I have a friend who made custom-fitted N7 armor through Etsy. He required measurements in order to make it. He did not have finished sets on-hand, in off-the-rack sizing, to mail out the instant an order was placed. He very clearly stated in the listing that work did not commence until he got the measurements he needed from the buyer, with a projected turnaround time of a week prior ot shipping. The number of people who would e-mail him two days later saying they hadn't gotten a shipping notification back, and then demanding a refund when he said it would be several more days -- as stated in the listing -- baffled and dismayed him to the point he stopped offering it.

I'm not saying any of this as a "both sides" false-equivalency thing. There are "toxic customers" in every genre and fandom and walk of life, although the proportions vary. Star Wars fans do, though, seem to be unusually good at cranking the impatience and emotiveness to 11, whether it's arguing the relative merits of characters or films or plot points, expressing fondness for the property in general -- from dropping to their knees in thanks when the theater opens for the first screening opening night to naming their children after Anakin or Jacen or Rey or what have you (no Sheevs yet, that I know of), or wanting the thing that was announced in their hands right now. I saw the Midnight Madnesses at Toys'R'Us back during the Prequels. I remember the sheer vitriol Jake Lloyd and Ahmed Best got for their characters. I remember how heated networked games of X-Wing vs. TIE Fighter would get. The only thing I've seen over on the Star Trek side to approach that level... Well, there were two: the alt.wesley.die.die.die newsgroup on USEnet, and the time the Romulan fans got a little bit too in-character at a convention in Minnesota and the cops had to be called. But for the fandom that set the bar for obsessed fans, Trekkies can be positively low-key compared to some of the behavior I've seen from Star Wars fans.

But all that means that any company seeking a Star Wars license should know what they're letting themselves in for. If they're not part of the fandom themselves, they desperately need to research it first. Even if they think they know what they're getting into, unless they can manufacture on the scale of a major international toy company (like Hasbro or Bandai), they need to err way on the side of caution. ANOVOS should have done their interest list approach from the get-go, assessing what the most-demanded costumes and items were before they ever spent one dollar on R&D. Then take deposits to hold one's place in the queue only once everything has passed approval and the manufacturing has begun, balance and shipping due only when it is checked in at their warehouse. eFX has even less excuse, as many involved already learned this lesson the hard way as Master Replicas. There is no way this debacle should have happened.

And we need to be able to talk about it -- openly and everywhere. Every thread I've seen praising an ANOVOS or eFX product -- on here or elsewhere -- has had the OP or one or more commenter(s) point out the problems with the respective companies and warn people most strongly before they spend their money there. This is as good a place as any -- and better than many -- to praise the things they get right while legitimately criticizing their failings.

That is an awesome write up, Inquisitor. A higher up at LFL even told me once that (he/ she) felt Star Wars fans to be among some of the most selfish people they had ever met. And I responded with something like what you said up here.

But eFX and Anovos are 100% to blame still, like you said. I suspect an overwhelming ignorance of fabrication requirements too: SW garb is much more involved than Trek.

I'm on 5 years now with Anovos that has twice said the product was finished and ready to deliver during that time span.

darthjones said:
But eFX and Anovos are 100% to blame still, like you said. I suspect an overwhelming ignorance of fabrication requirements too: SW garb is much more involved than Trek.
Click to expand...

It's really all over the place. Imperial jumpsuit? Not that hard. Amidala's "flame" Handmaiden gowns? Monstrous. DS9/VOY uniform? Not that hard (even with custom dying the cotton lycra of the undershirt). Kirk's TWOK vest? A nightmare of handstiching and bits held in place with glue and tape.

Some things in each were durable garments. Some were held together with hope and the eyes of the crew and just needed to last long enough to get the shot. I think understanding all of that is crucial before ever seeking a license to replicate costumes or costume pieces from them. For a Star Wars license, I'd say make the jumpsuits and other simpler elements the bread and butter. Constant-stock items. Do frequent runs of more fiddly things, like Imperial uniforms or Rebel flak vests. Set aside capitol and do one big thing a year, like Amidala's TPM celebration cloak. But, above all, know what you're getting into.

darthjones said:
I'm on 5 years now with Anovos that has twice said the product was finished and ready to deliver during that time span.
Click to expand...

Yup. I'm three or four years in waiting for my FOTK. Less than that for my Kirk bomber jacket -- but it's less delayed and should be out by the end of Spring. Everything else I've ordered from them I've gotten and been happy with.

RPF PREMIUM MEMBER
I’ve had an idea. I’m starting a company call **** You. I’ve got 500 limited edition helmets and they are $999 each. I need your money now and I may not ever get round to actually making the helmets or updating you at any point.

sskunky said:
I’ve had an idea. I’m starting a company call **** You. I’ve got 500 limited edition helmets and they are $999 each. I need your money now and I may not ever get round to actually making the helmets or updating you at any point.

Remember too - these Anovos goofballs actually WENT up to the LFL Archives and examined everything in the beginning. I was fortunate enough to do that myself several times over. And there are no mysteries there - the materials and workmanship are super evident on 95% of it so.......

They DID know what they were getting into and still set it up the way they did.

RPF PREMIUM MEMBER
I make vacuum formed and fibreglass helmets and costumes as you know. But I do not take any money up front for anything now. Not until it’s ready to ship. I also do all my research and development before in release any prop into the public domain. You only have to assemble two vacuum formed scout helmets to understand how hard it is to a assemble and make good and paint and b to know that any consistency is also very hard to maintain.
It’s not hard especially when you are a licensed company and have factories making stuff for you.
I do everything myself on my own in a tiny workshop and have developed 3 - 4 different cast from original helmets in the time that EFX have had to produce this one.
I didn’t have 1/2 million $$$$ to do it either.

Yeah, at this point I cannot give them any kind of benefit of a doubt nor am I willing to entertain any “devil’s advocate” scenarios. I can’t comment on the situation with Anovos but in the case of eFX, this was a limited edition run so they can’t try to claim there was “unexpected” demand beyond what they were prepared for since they set the edition size themselves! I don’t really care what other products they’ve put out there or the quality. There is simply no excuse for how they’ve handled this situation. They’ve literally botched every aspect of this project (premature announcement, taking money too early, nearly nonexistent communciation, etc...”. Hell, even their own TOS states that if a project is cancelled, money will be refunded. I suppose if they never officially announce it’s cancelled, they can keep the money and hope people just forget about it? I would NEVER recommend anyone buy from eFX and I think the request to sticky a warning (maybe even in the form of this thread) for others is a reasonable one. If eFX can take money and not deliver a product once, they can certainly do it again as far as I’m concerned.
G

It's really irritating that companies like efx and Anovos continue to promote, sell, produce and deliver some products years after other products that have been paid for were put up for sale. If they can produce the newer item, surely they can produce the older items. Unfortunately there is little consequence to not delivering on the older orders. Many people are perfectly fine with ordering the new item regardless of the previous poor performance.

I know talk is cheap, but at least providing updates on the status would show some sign of interest in the older items. The lack of updates makes people think they aren't even trying to fulfill the orders. 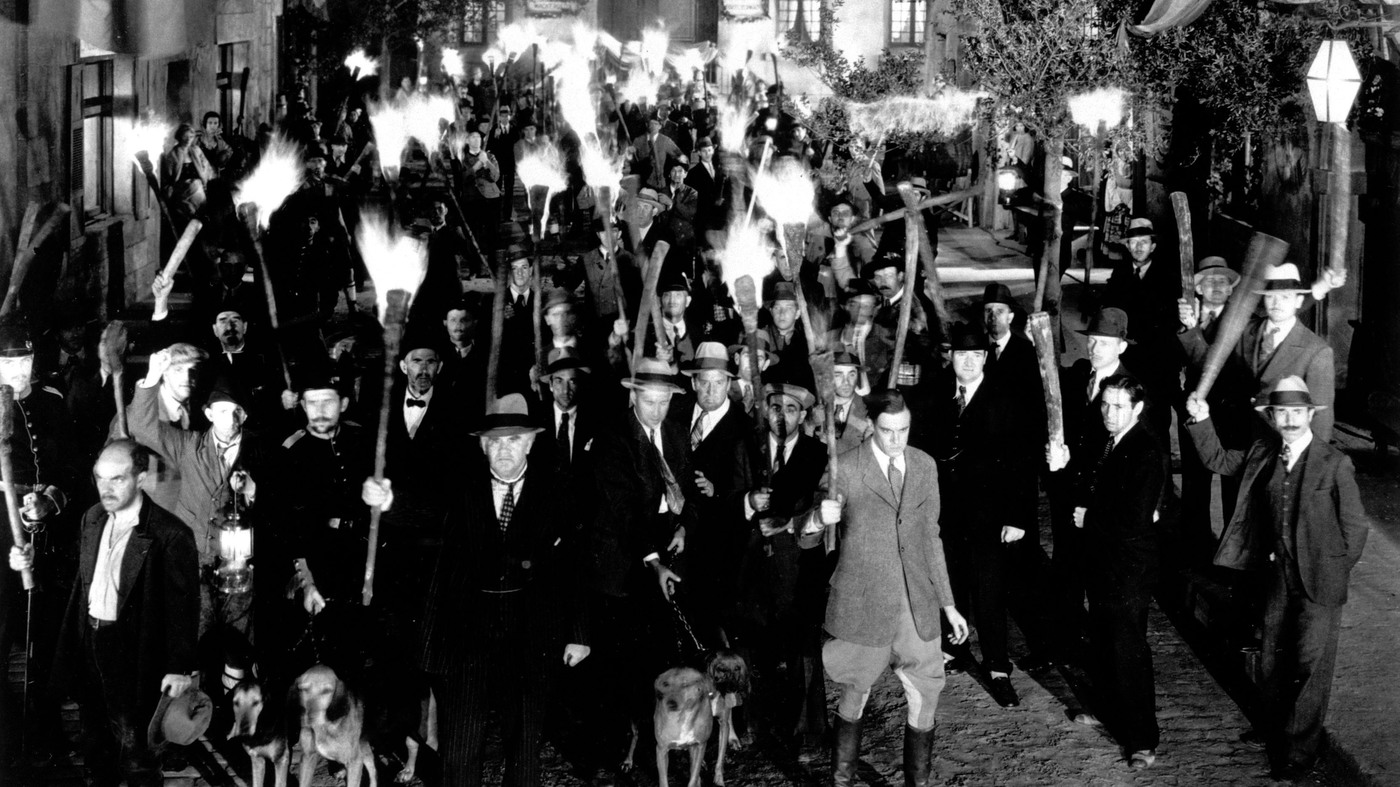 I second that motion! Lol!

Got an email from them a few days ago...about a chrome painted 40th Anniversary ESB Fett helmet. No thanks.

Got an email from them a few days ago...about a chrome painted 40th Anniversary ESB Fett helmet. No thanks.
Click to expand...

What you don’t want the 700 dollar chrome paint job?!

Somehow I will muster up the willpower to let this killer deal that’s totally not a cash grab pass me by! 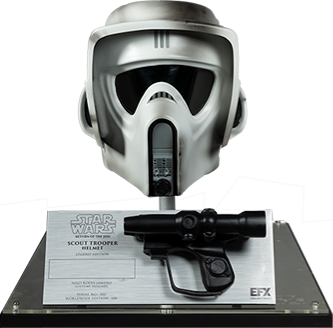 An update?
I was shocked!

I really hope this happens for collectors.

I'll also most likely be trying to track one down once it does ship.

How was the update communicated? Or was it? I never got an email.

Basically, it said they might've found a new factory, as their last one closed permanently due to Covid/economy, & that they hope to have it done by the end of the year.
I don't believe it. But this was the first update I've received on this helmet in years, & it's the first one with a photo of the finished display.

T
What steps did the ANH stunt helmets go through to become ESB?