Nice! That Kobold looks like mine where the holes for the ring sit a bit more towards the center screwhole. I'm glad I went with Roy's pre-cut tracks. The only ones I'd consider scratch building would be vintage. Are those Gino's ones vintage?

2Cell said:
Nice! That Kobold looks like mine where the holes for the ring sit a bit more towards the center screwhole. I'm glad I went with Roy's pre-cut tracks. The only ones I'd consider scratch building would be vintage. Are those Gino's ones vintage?
Click to expand...

No Gino track are not vintage. He was once the art director for eFX and had access to the Lucasfilm archives and supposedly the track that he makes is based off of the measurements that he took from there off actual track.

Ultimately, it's all a matter of preference but I find Roy's track too tall and too wide.

I've got a few more goodies recently and I'll get to those in a subsequent post but I wanted to give this particular prop it's due as well as the person that helped finish it for me!

As with many of you here, I grew up watching Star Wars (really!). And of course the one prop that's always represented Star Wars to me was the iconic lightsaber. And to me, *the* lightsaber that I loved the most growing up was Luke's green saber in ROTJ.

Of course this was before knowing about the V2, the V3, and all of the variants there was for this hilt. To me back then, and even to a certain degree now, it was always all about the Luke ROTJ Hero!

So it should come as no surprise that when I first joined the RPF, I discovered that there was a prop that was made available only here on the forum that would become a bit of a Grail piece for me; and that was the Rylo Reveal!

Luckily, even though I had missed Rylo's run by I think a couple of years, I managed to snag one in the JY - but it was in kit form and unassembled.

Now I didn't put it together because I was always afraid that I'd screw it up somehow or would never be able to do it the proper justice; so it sat in a box... for years... until Dann came along!

After watching his personal ROTJ hero hilt build with the attention to detail he had in fabricating the accurate rails to the control box, I knew he would be the one to ask to build my Rylo.

I wanted my Rylo to stay true to the original build as much as possible - otherwise it wouldn't be a Rylo! But, I also wanted to tweak it in subtle ways with all of the discoveries and research that have gone into the prop over the subsequent years since that run to make it a bit more accurate to what we now know of the ROTJ Hero prop now. And I also always wanted the control box arrows to blink and light up somehow if it was possible... well because if this prop was supposed to be based off the prop that was used in the deleted cave scene, then it's supposed to light up dammit!! lol.

And what can I say, Dann delivered in spades.. and then some!

The pictures do not do it justice. Thank you once again Dann for doing such an incredible job on one of my Grail props!

Presenting my new Solo's Hold V2 with vintage Graflex clamp, vintage Mitchell turntable cone knob and a vintage 'mystery chunk' boot stud... all put together of course by none other than Halliwax himself!

If there's any doubt in anyone's mind that Halliwax isn't the V2 guru, you can put them to rest now! You can just see the love and passion he puts into his work; the attention to detail on this thing is off the charts!

Thanks again Danny and again, take care of yourself and here's to a speedy recovery! 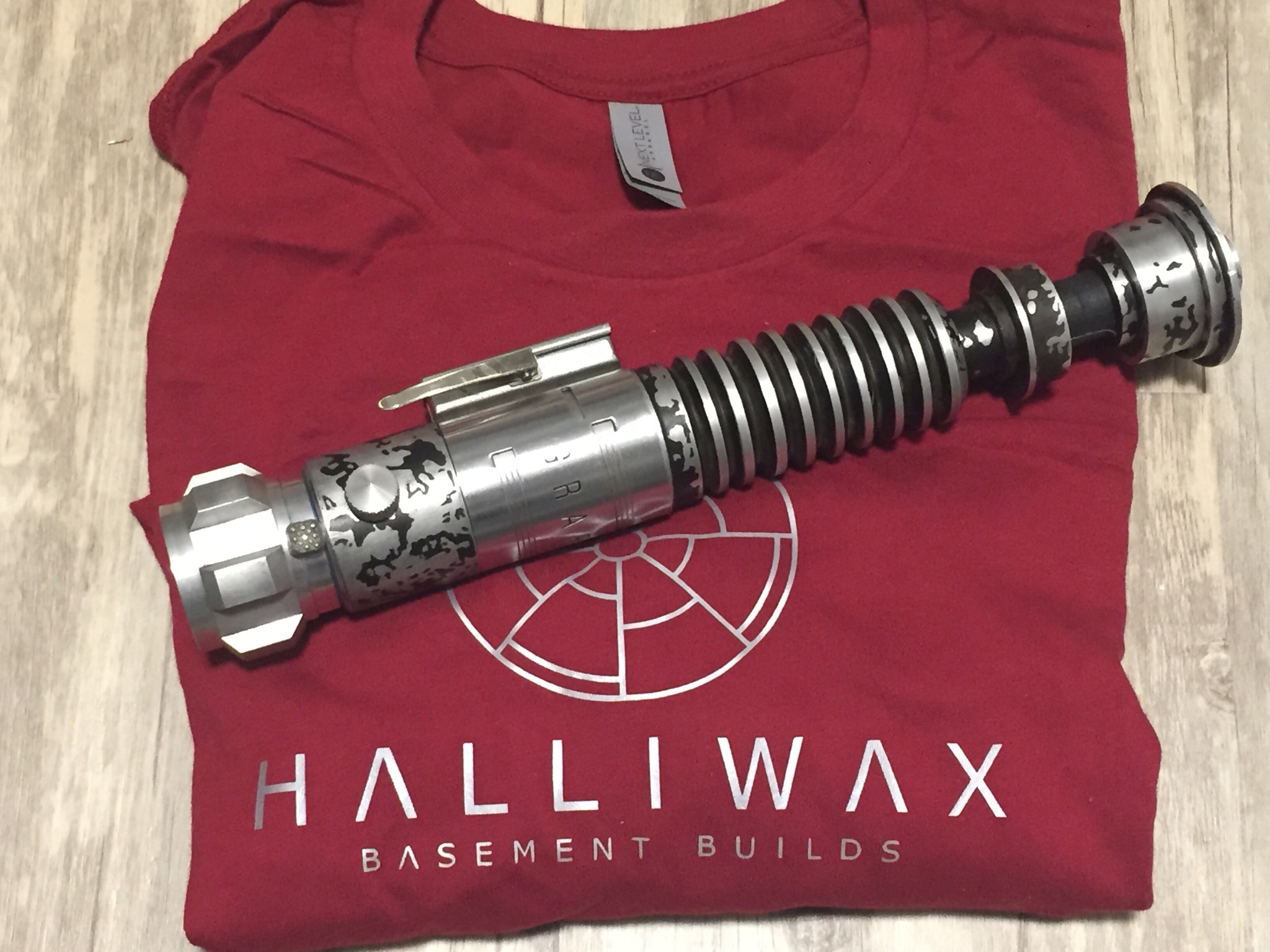 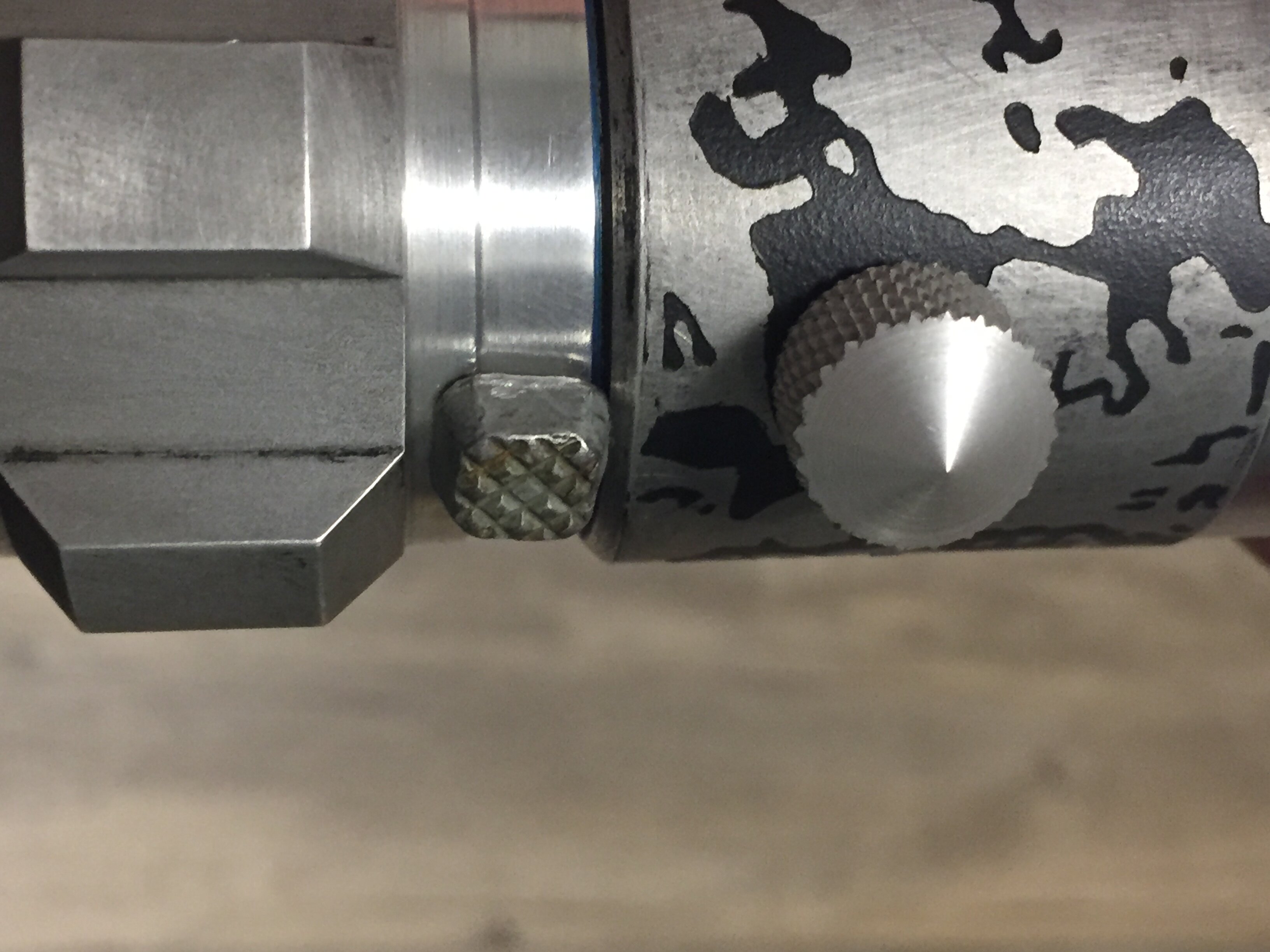 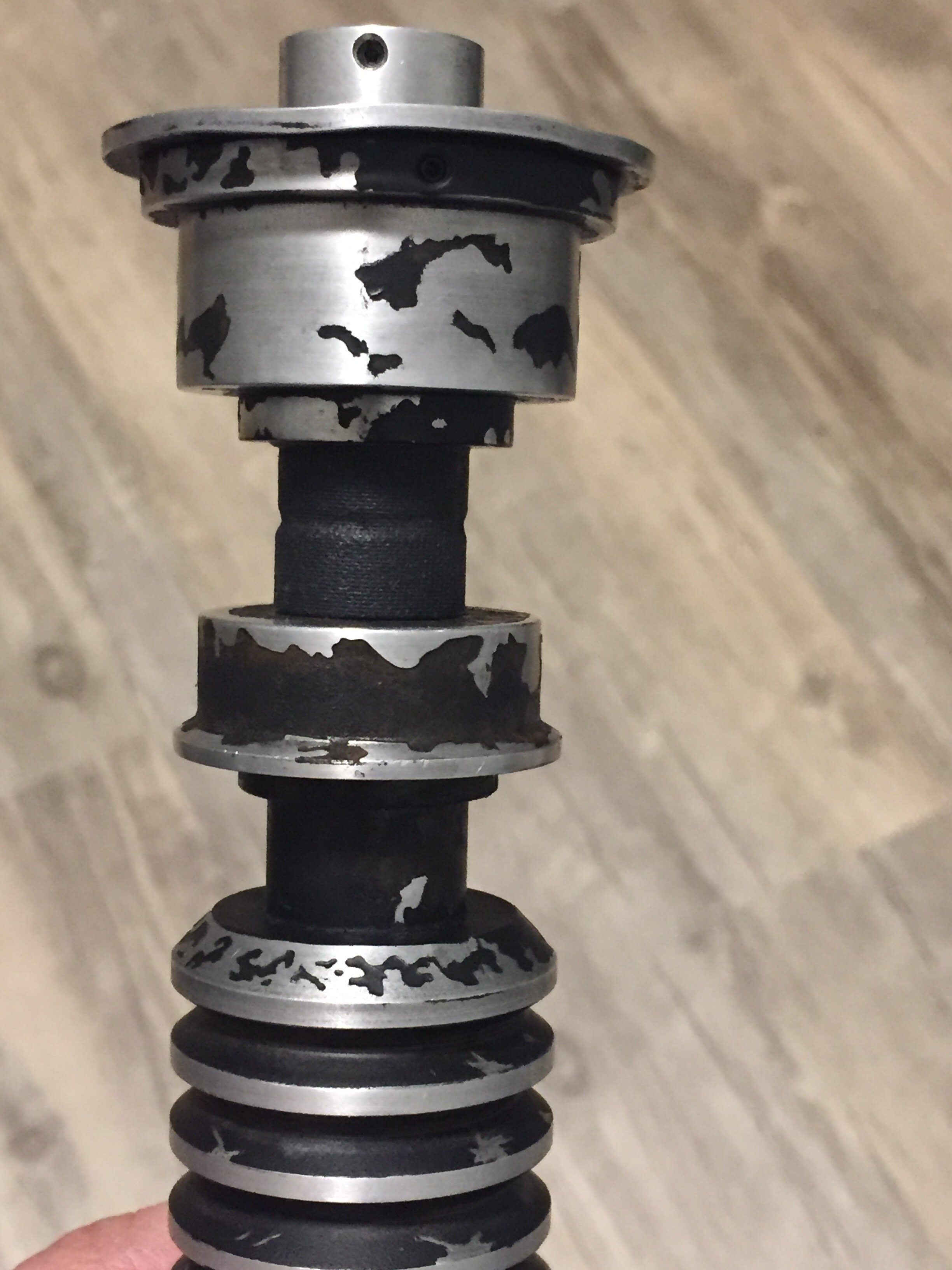 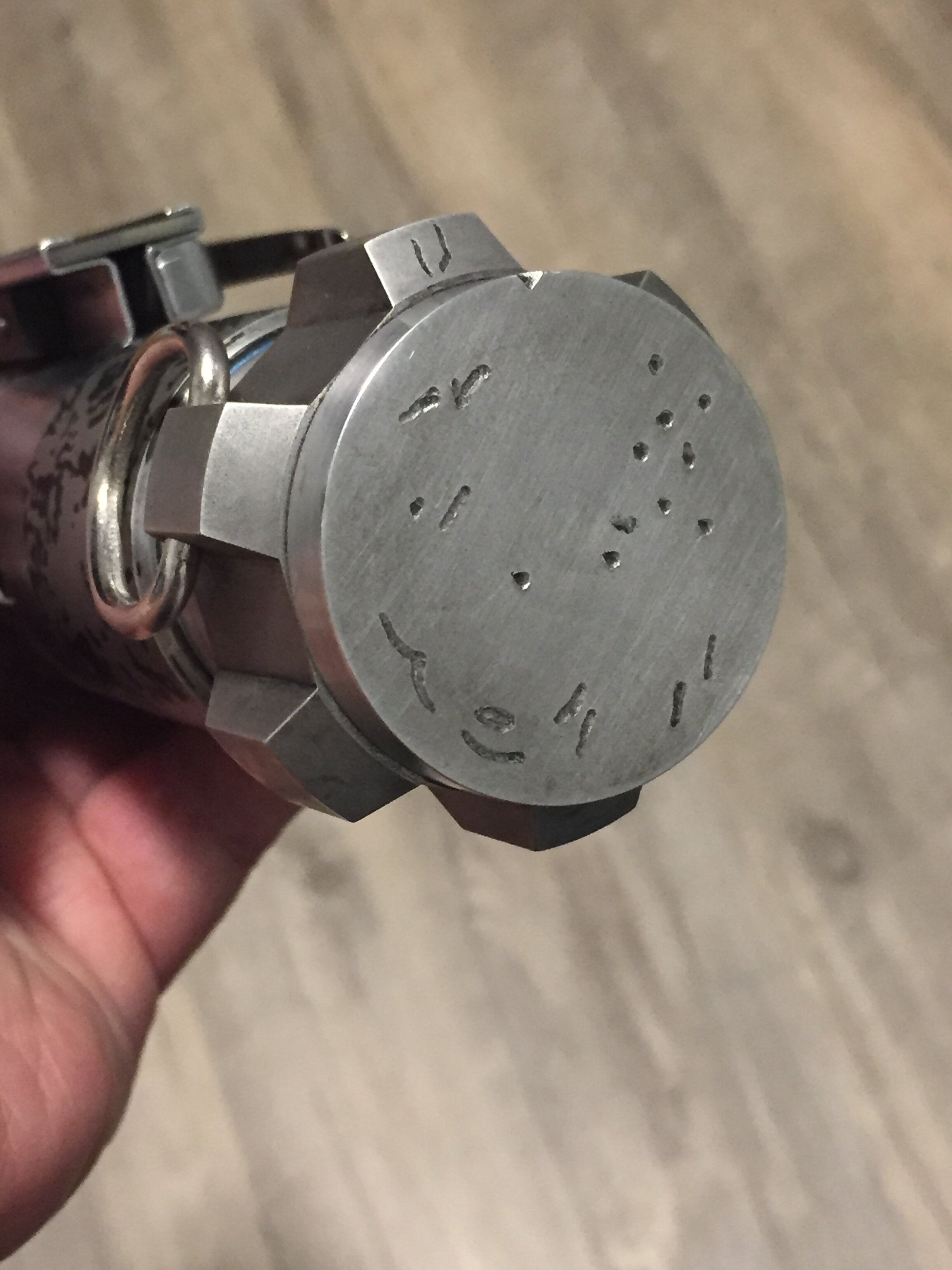 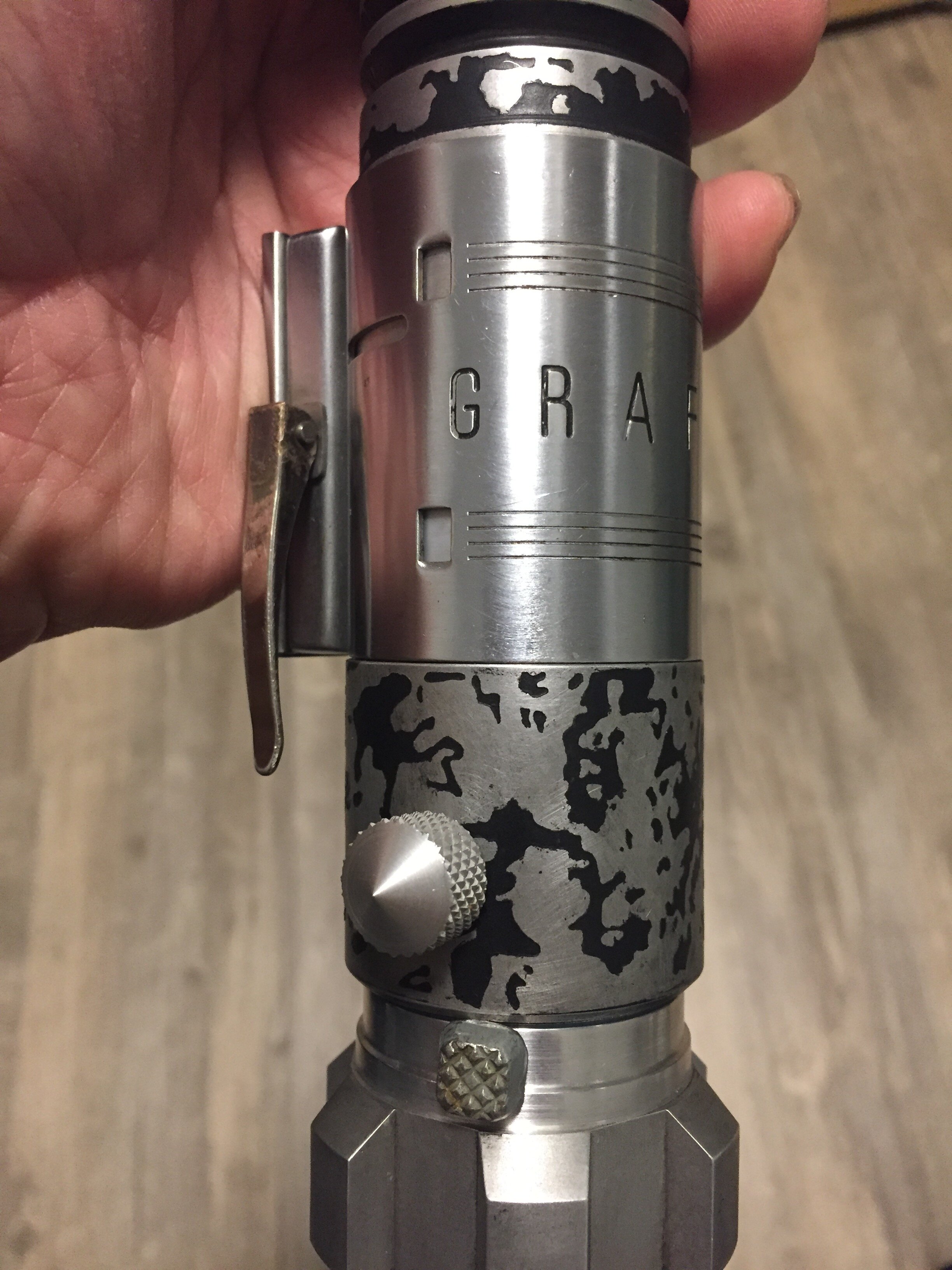 RPF PREMIUM MEMBER
I like the weathering on the lever... any details on that? really nice touch

thd9791 said:
I like the weathering on the lever... any details on that? really nice touch
Click to expand...

Ask and you shall receive! As I mentioned, Danny’s attention to detail is amazing! 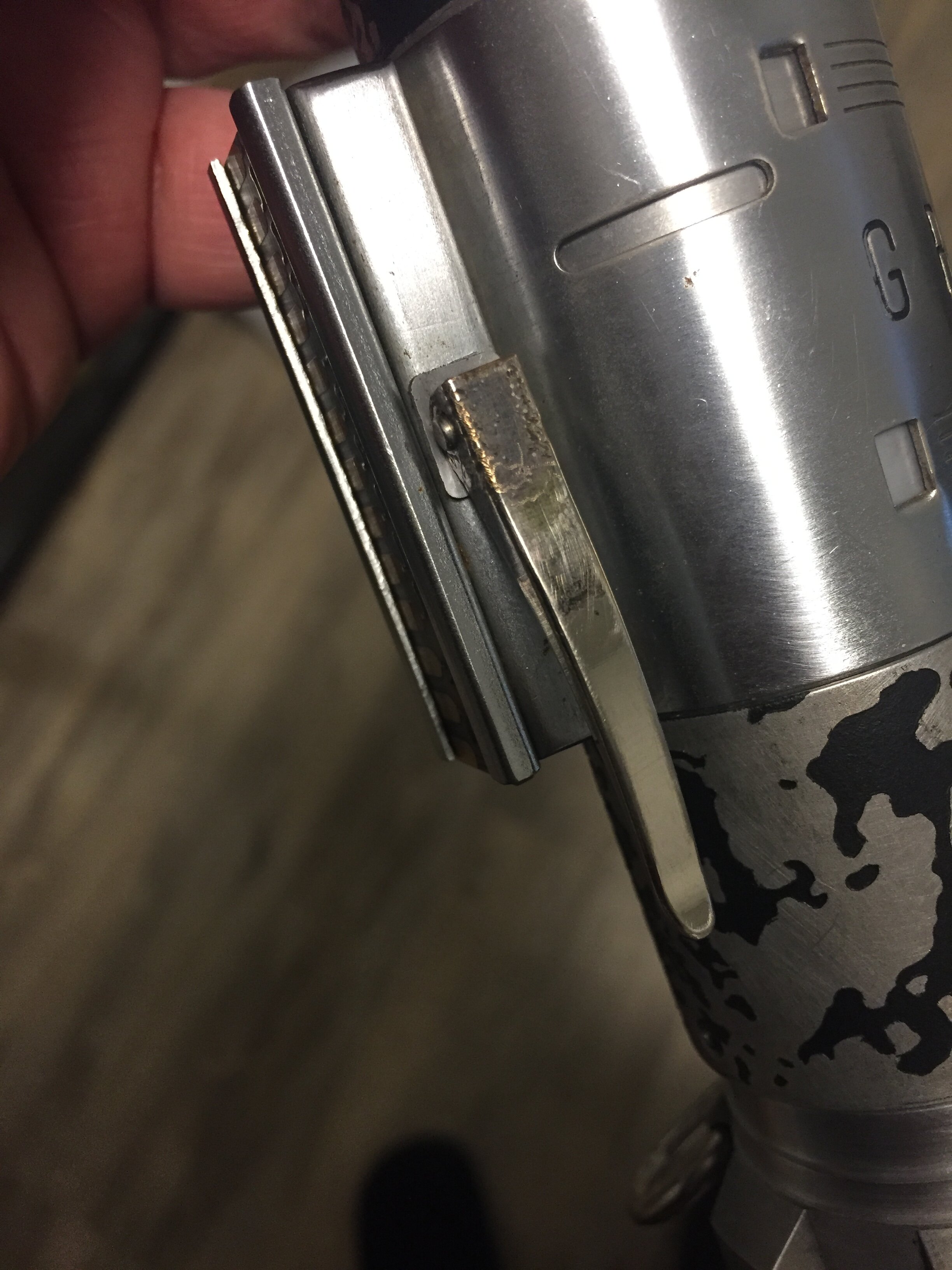 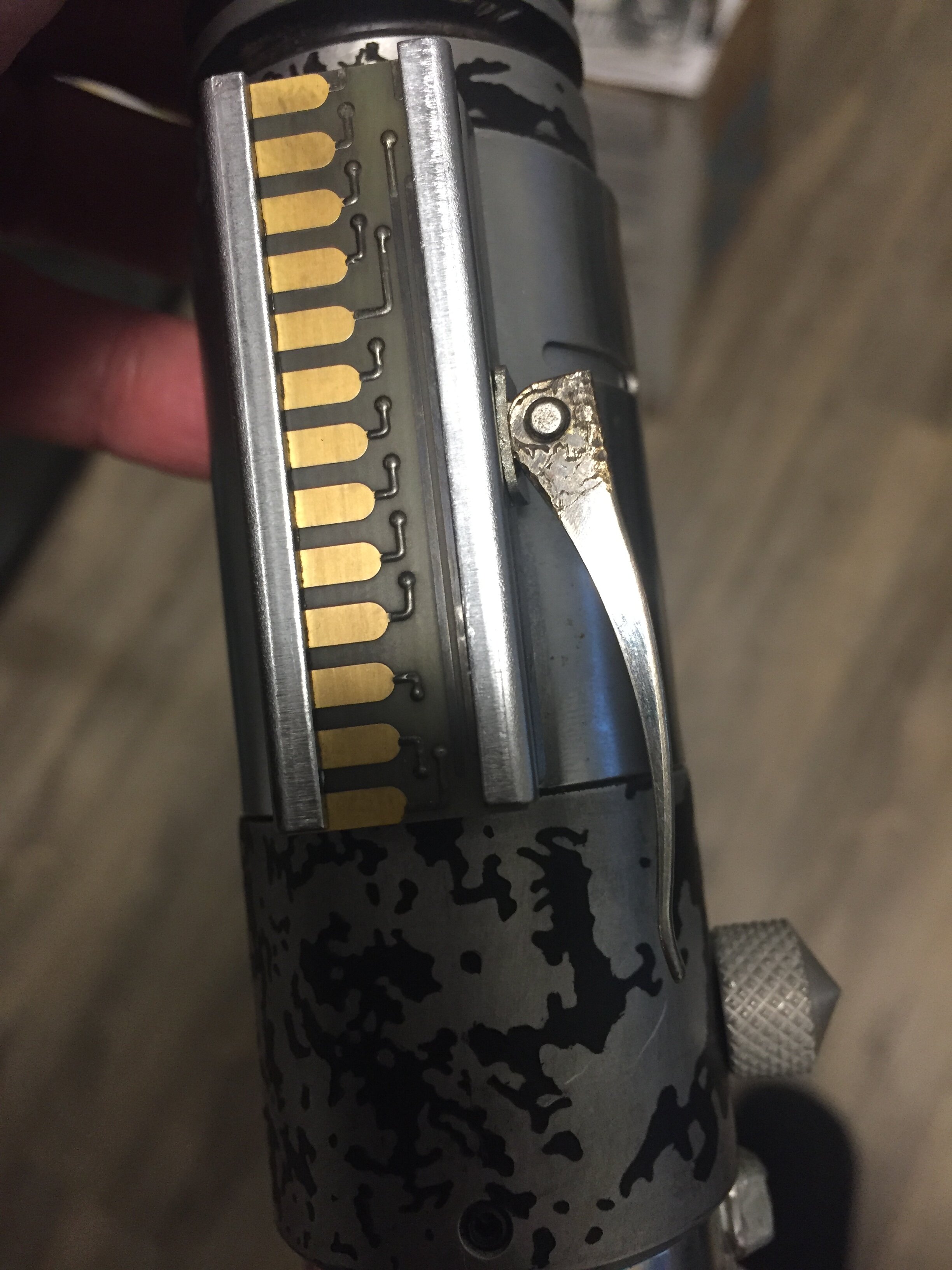 RPF PREMIUM MEMBER
Introducing the latest addition to my collection of odds and sods... a Harrison Ford HiC life cast with production lineage!

This cast was made by Nick Maley based off a mold of his personal cast, which was pulled from the production made HIC ESB mold.

My crappy iPhone pictures don’t do it justice but this is a thing of beauty! 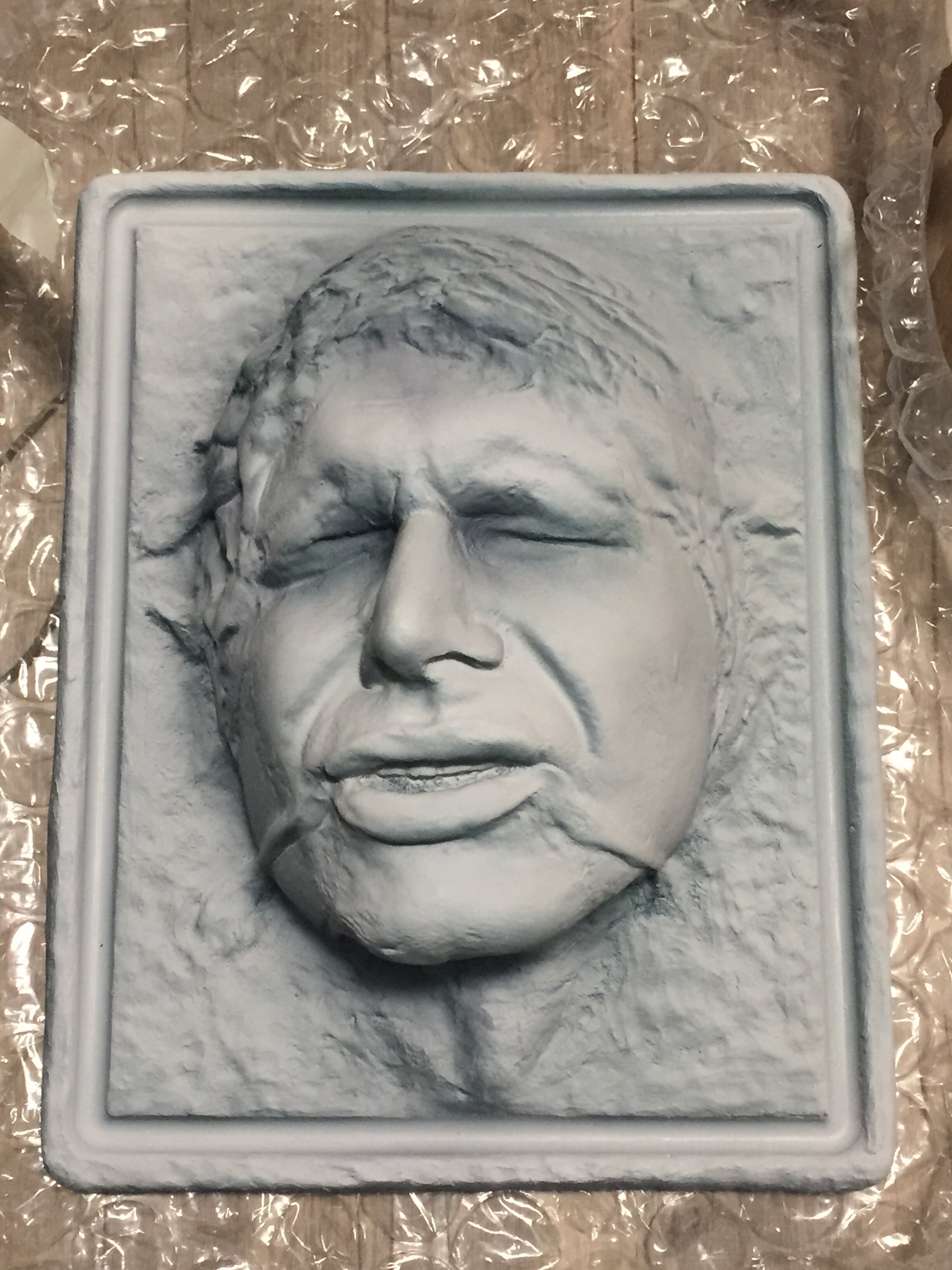 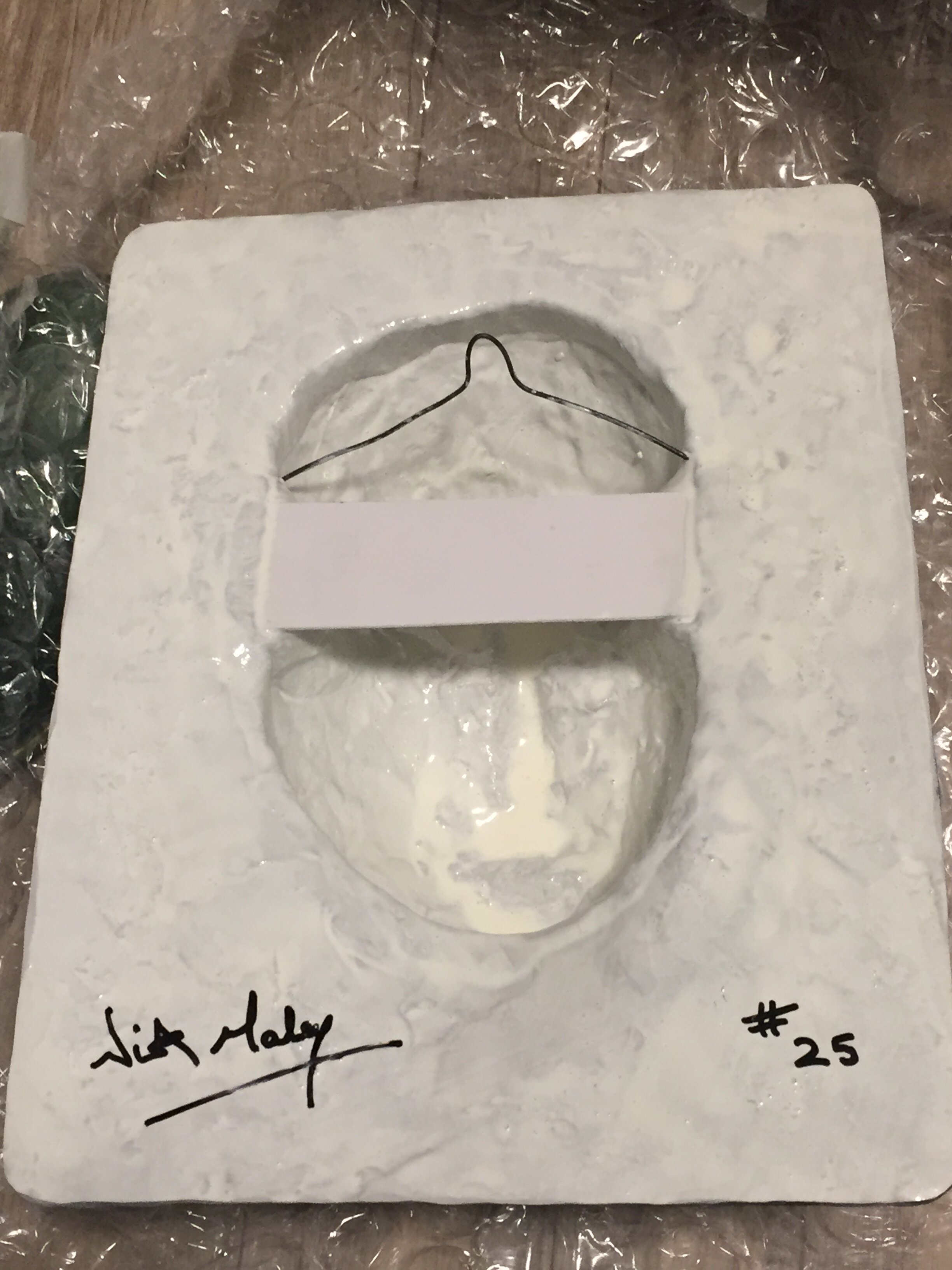 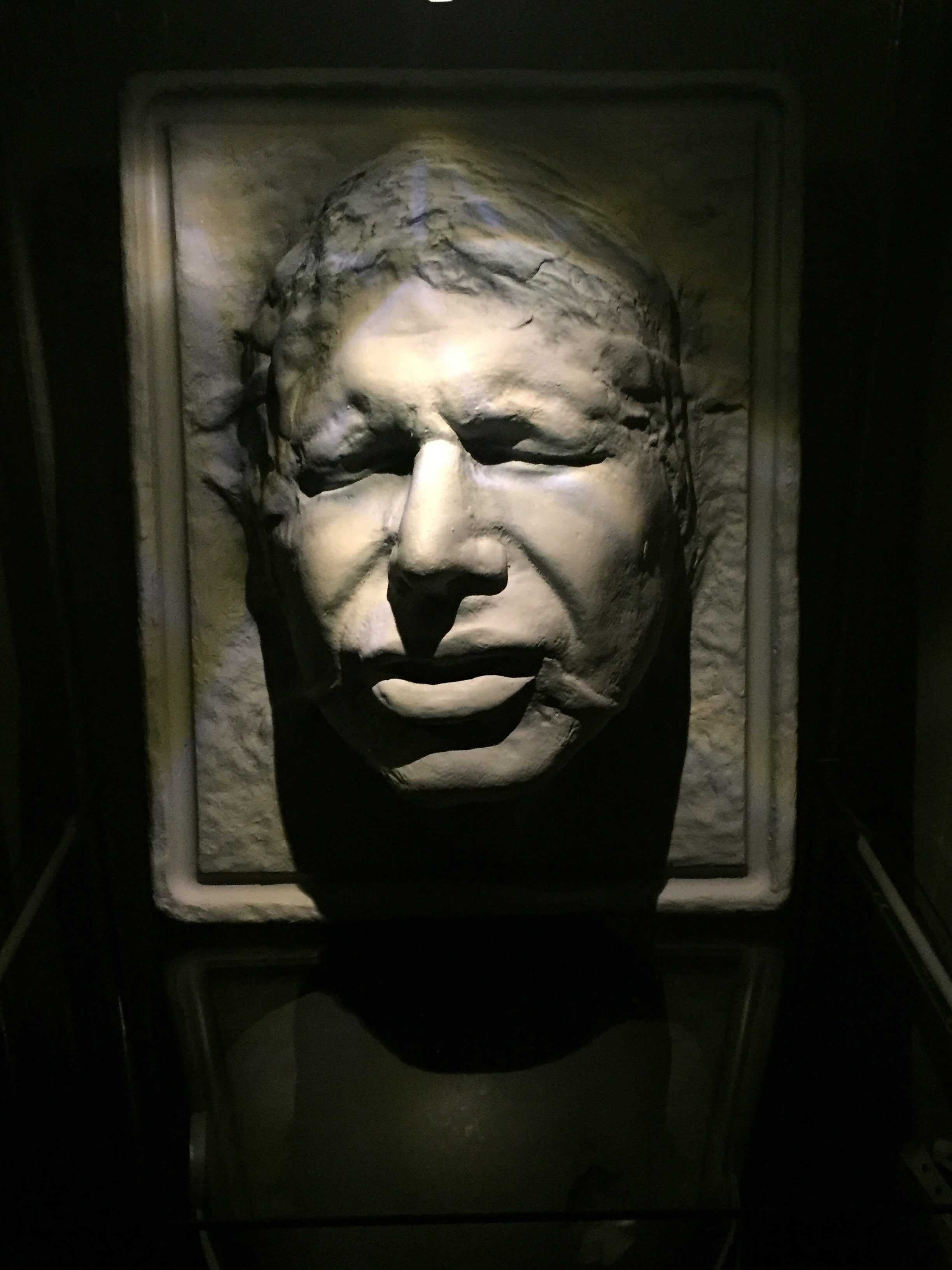 RPF PREMIUM MEMBER
Beautiful. Mine is on the way

RPF PREMIUM MEMBER
Wow… have I ever been neglecting this thread lol!

Well let’s do something fun.

I received this package of goodies from teecrooz the other day so how about I post some progress pictures as I move through the pile of stuff. 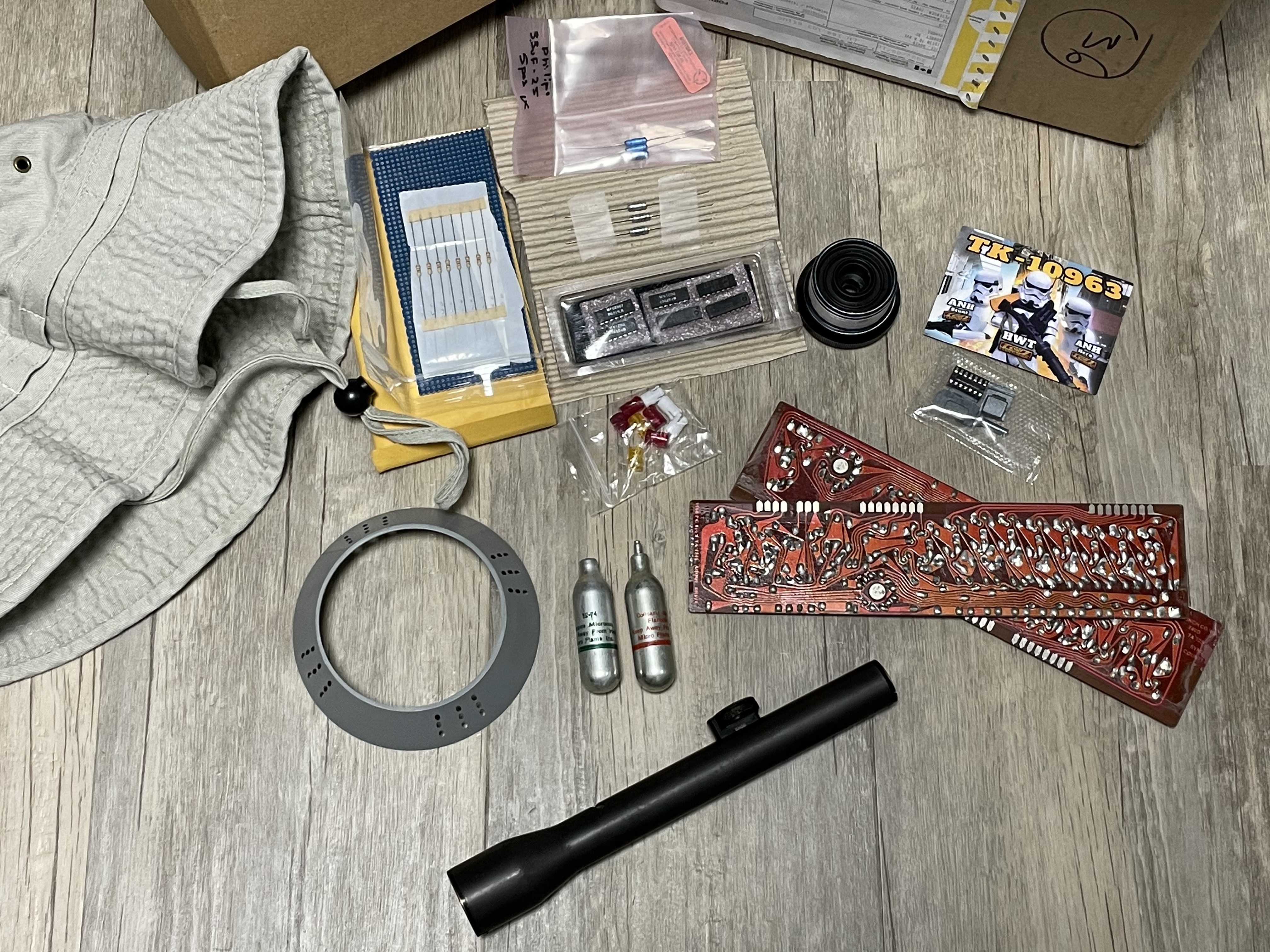 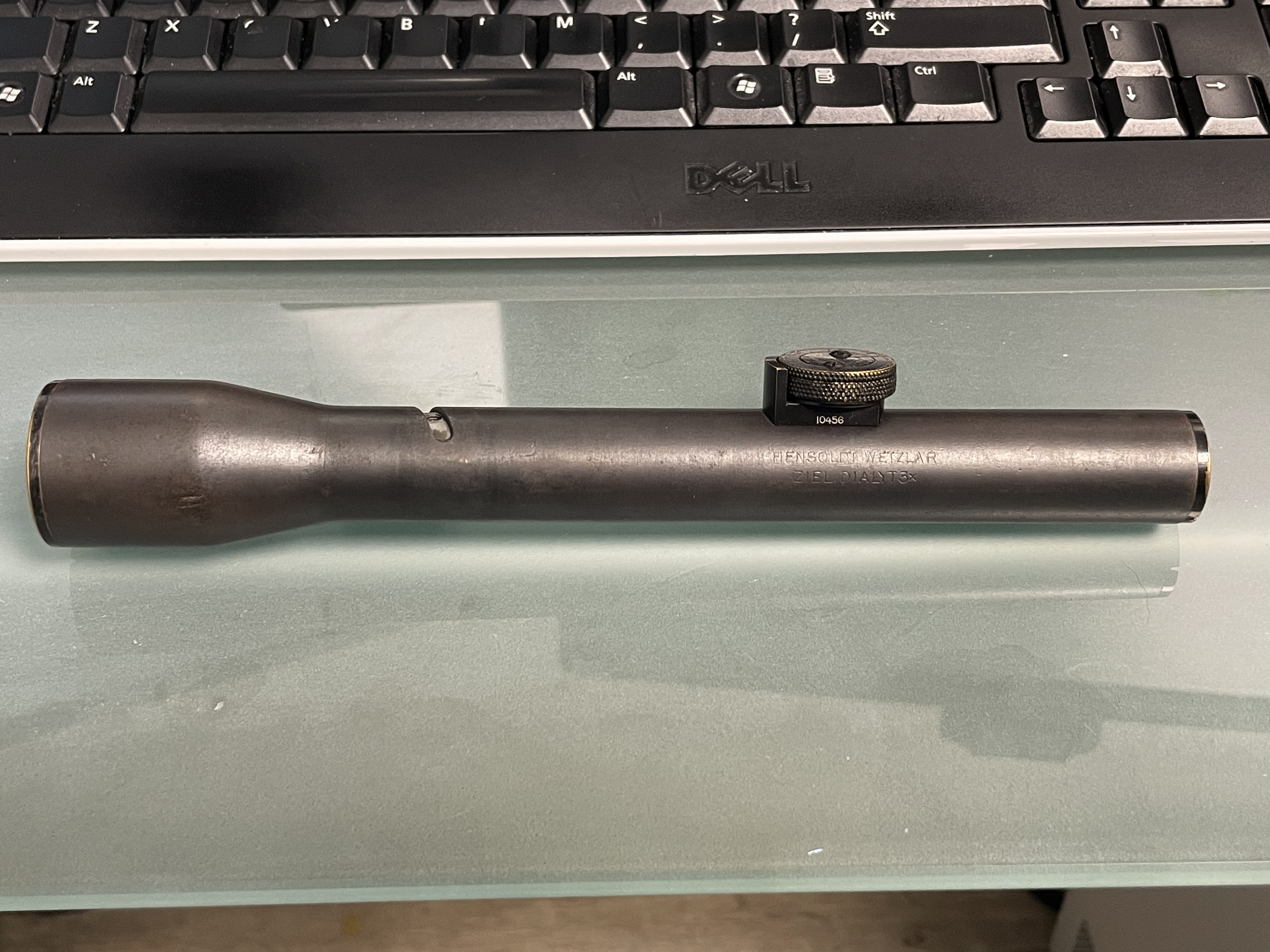 I did already have one but was extremely hesitant to have it stripped down and re-blued and felt it better to preserve it.

So without further ado, presenting my Han Solo ANH DL-44. 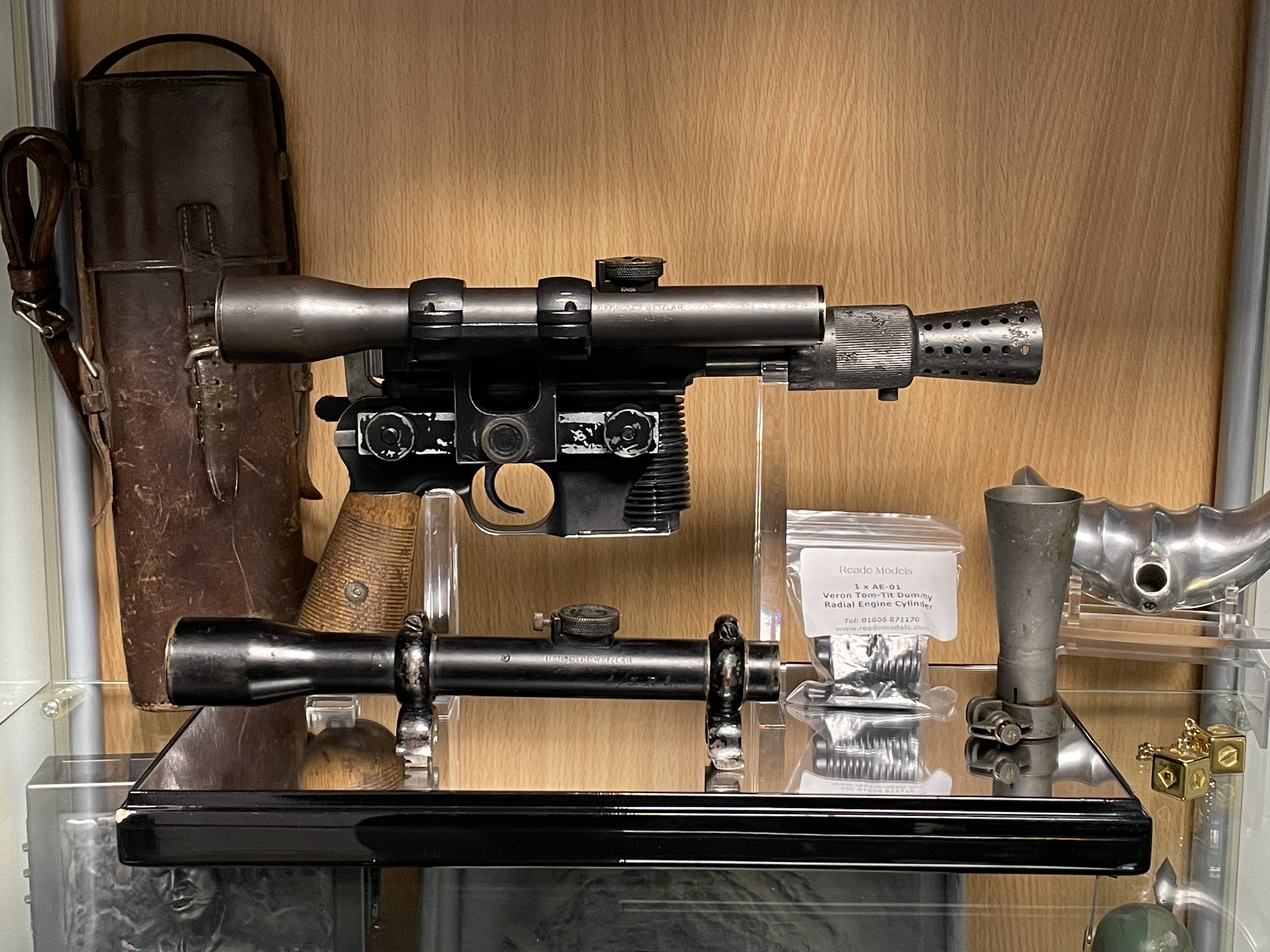 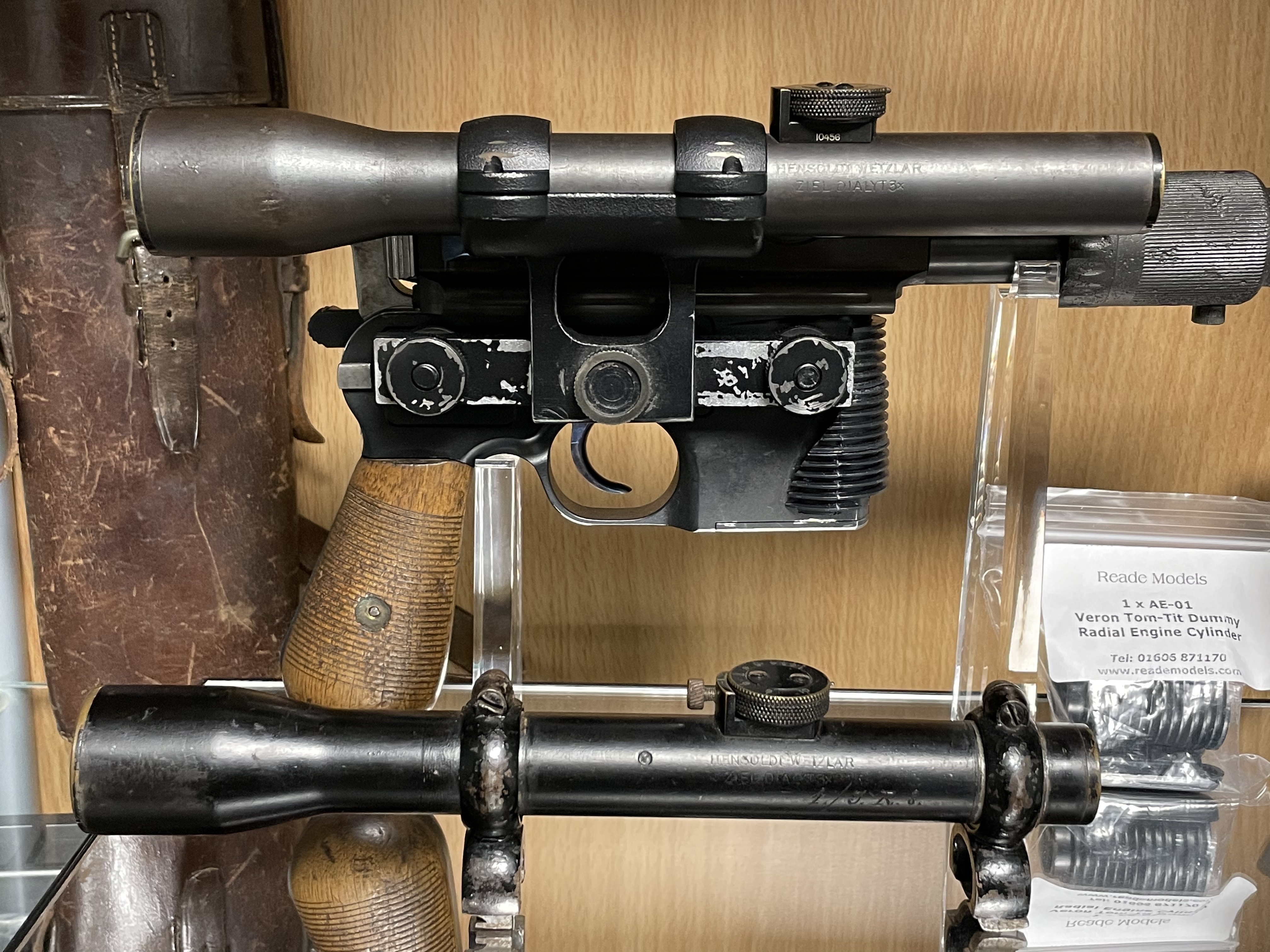 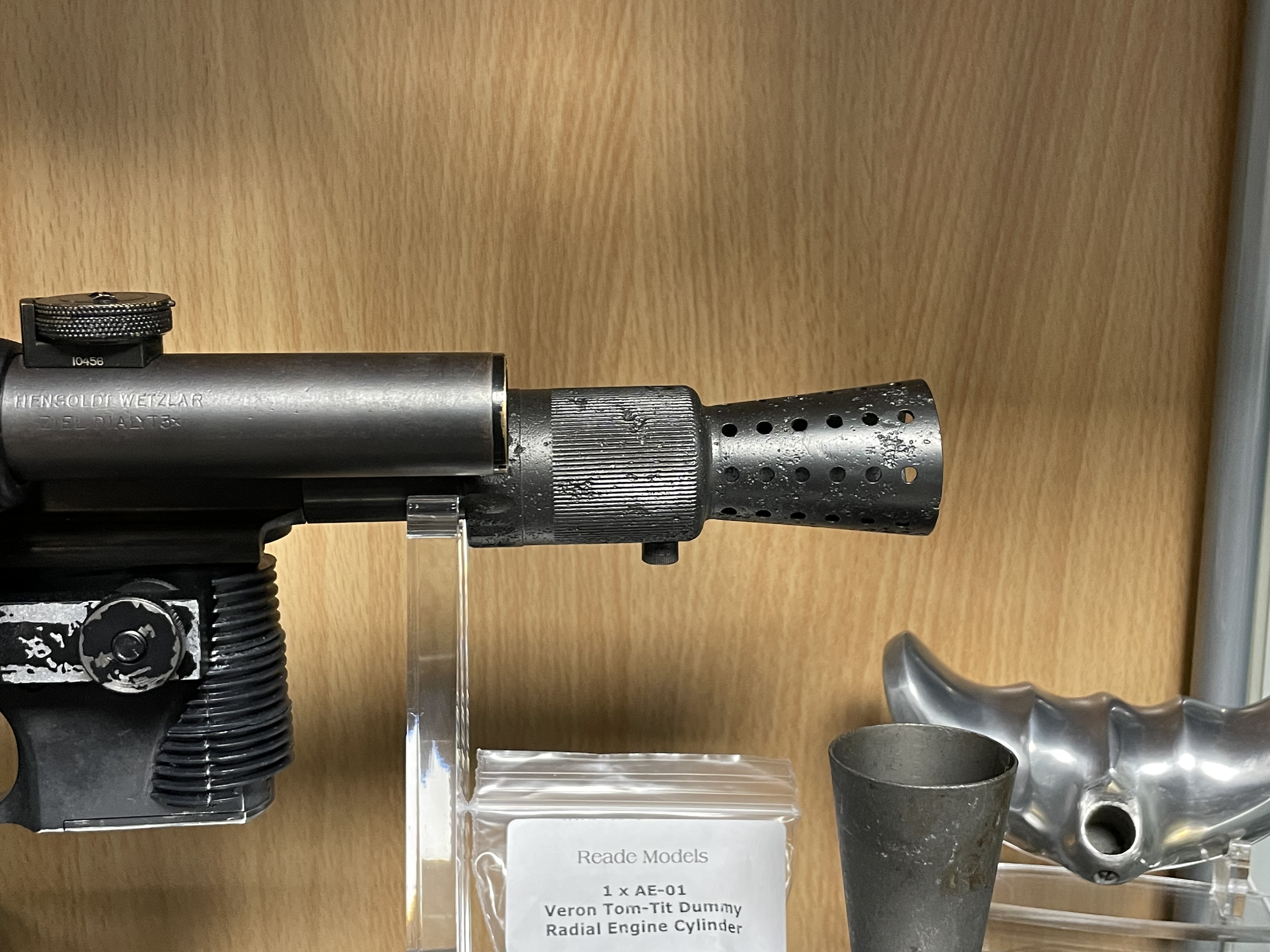 corliss1 said:
So you did decide to join the cool kid transistor club after all
Click to expand...

Was always the plan... I just wasn't willing to drop $250 per transistor for them

As I said on Facebook, this should be locked up! It is the most impressive build I've seen in a LONG time (if ever??), all those real parts! 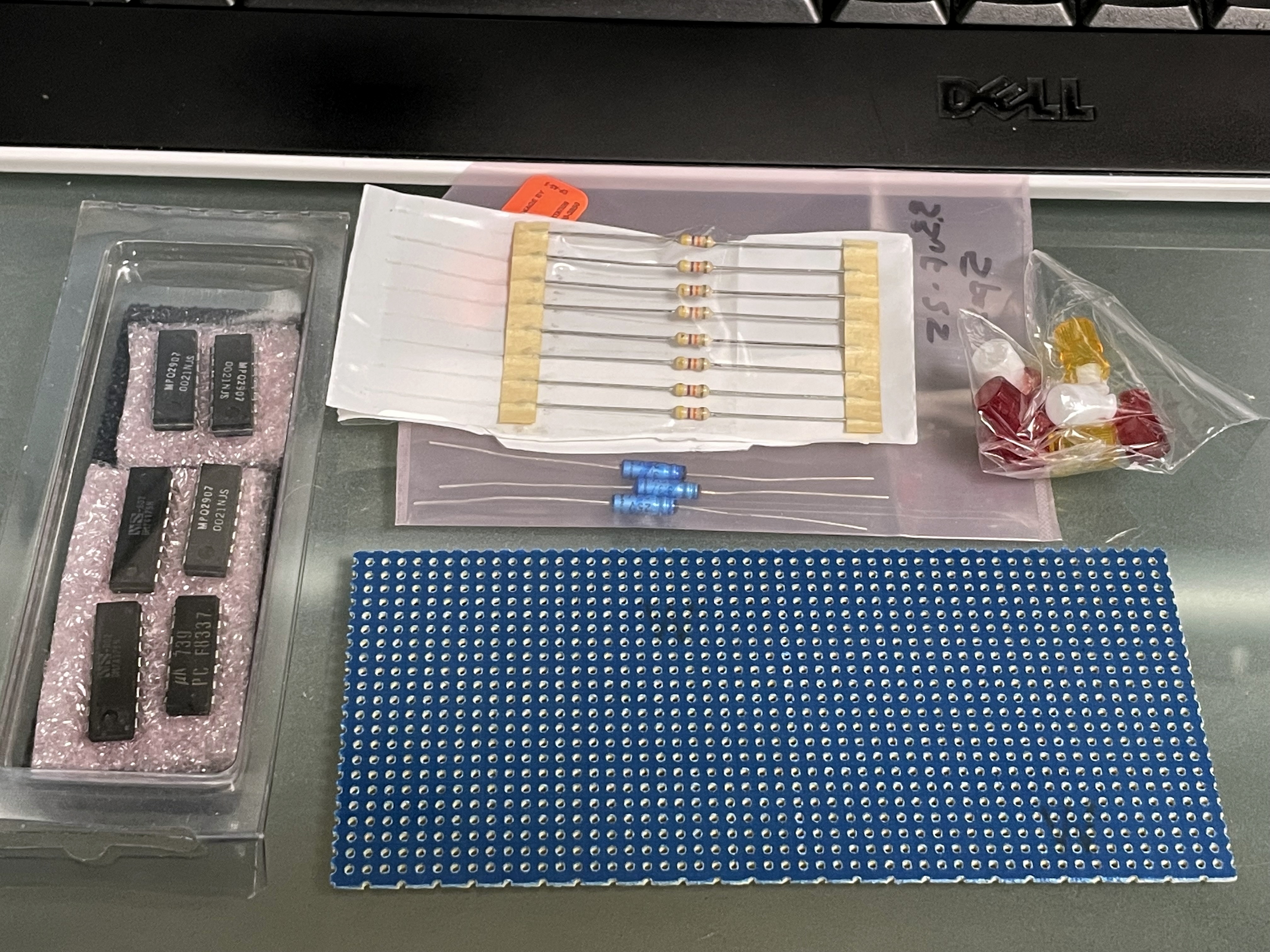 This one is a collaborative project that teecrooz and I have been working on for awhile now - the Han in Carbonite Hero Panel.

This one is still very much a work in progress as I still have to run out to buy the proper paints to paint the panel and then put the finishing touches to it. Eventually both Chris and I want to have our panels light up but we're still figuring that one out.

But for now, a test fit of everything to see how it looks! 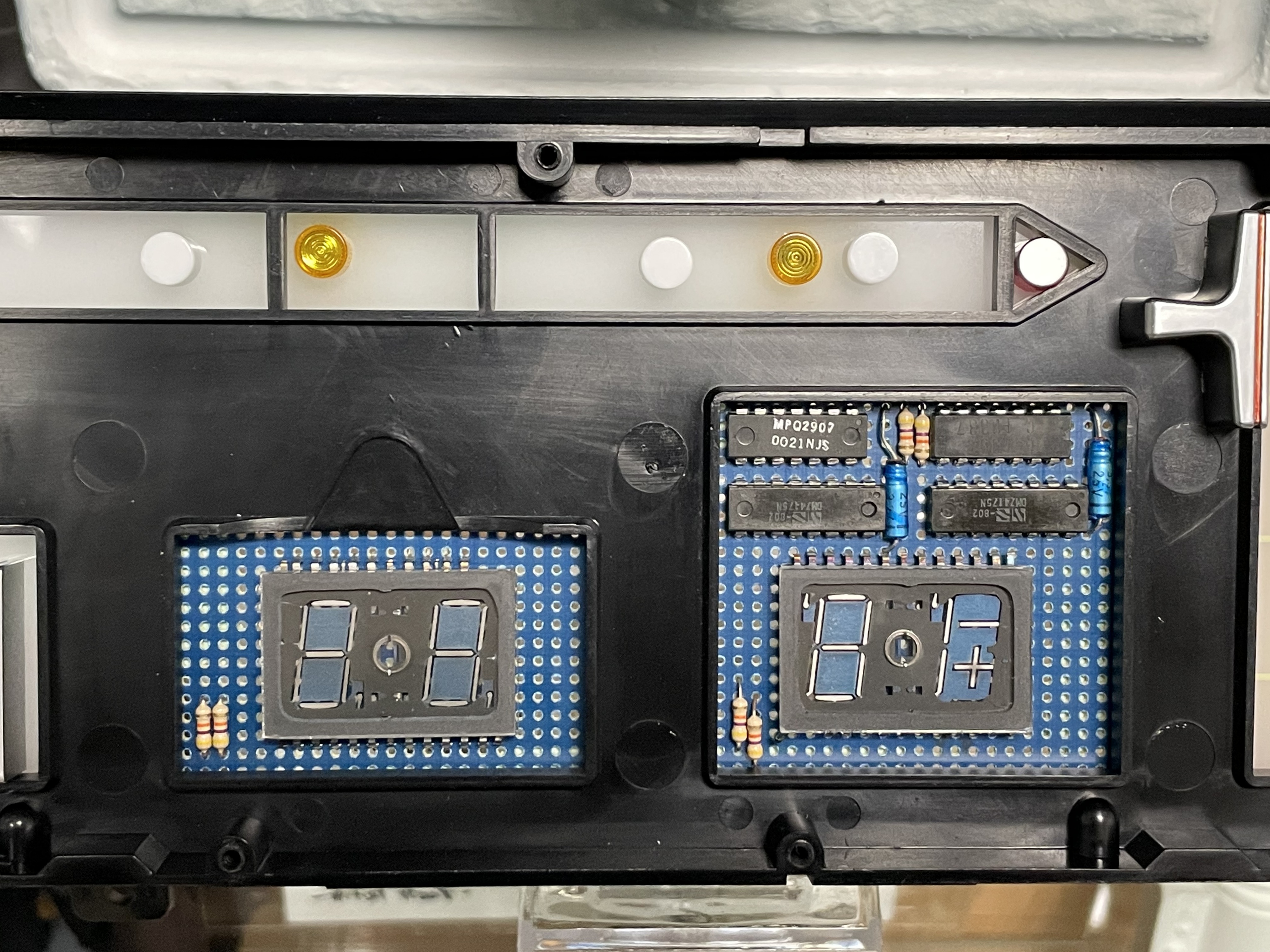 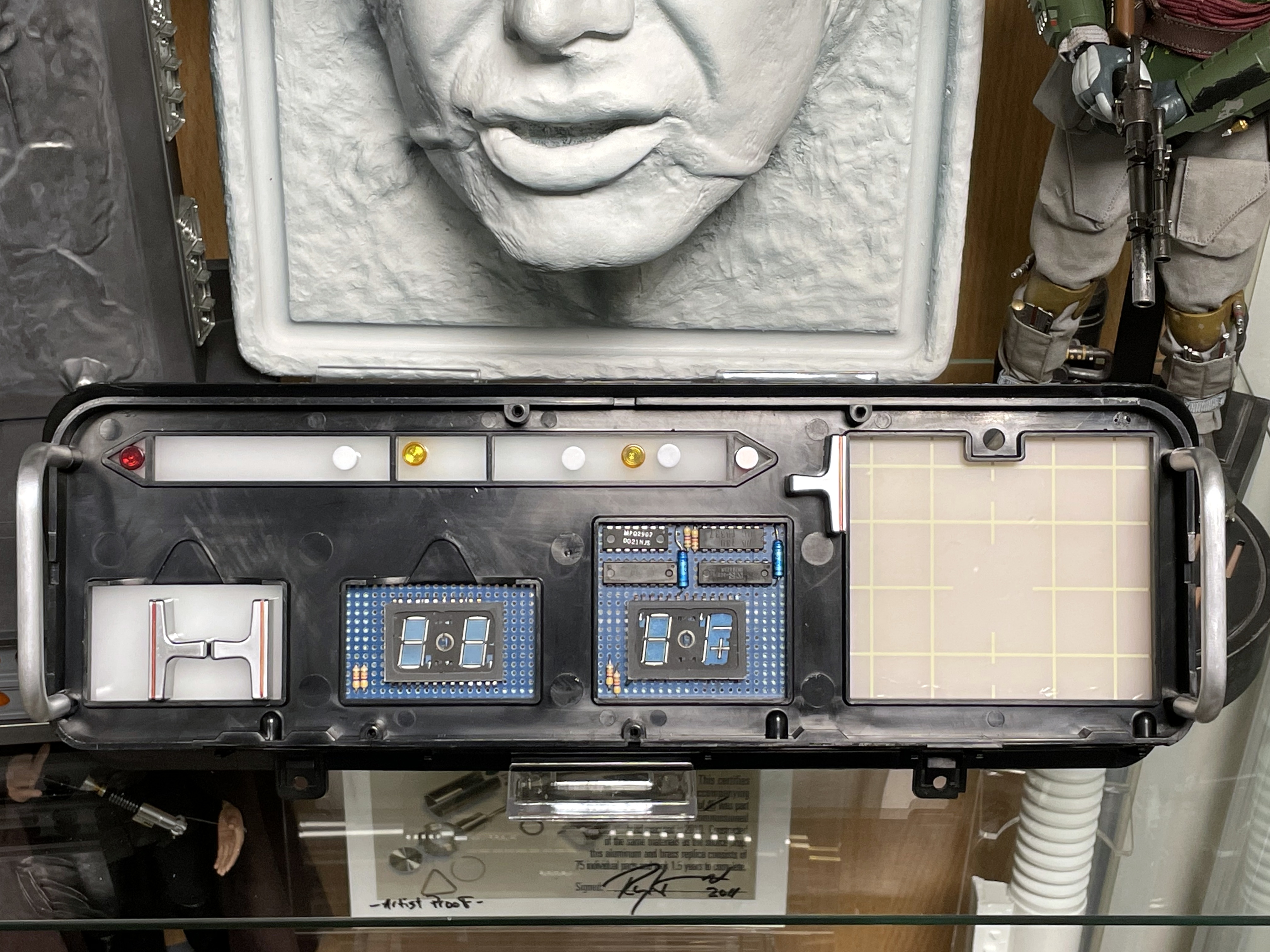 This one’s a small update.

Thanks to jkno pointing me in the right direction, I was able to pick up this greeble set for my ANH Stormtrooper E-11. 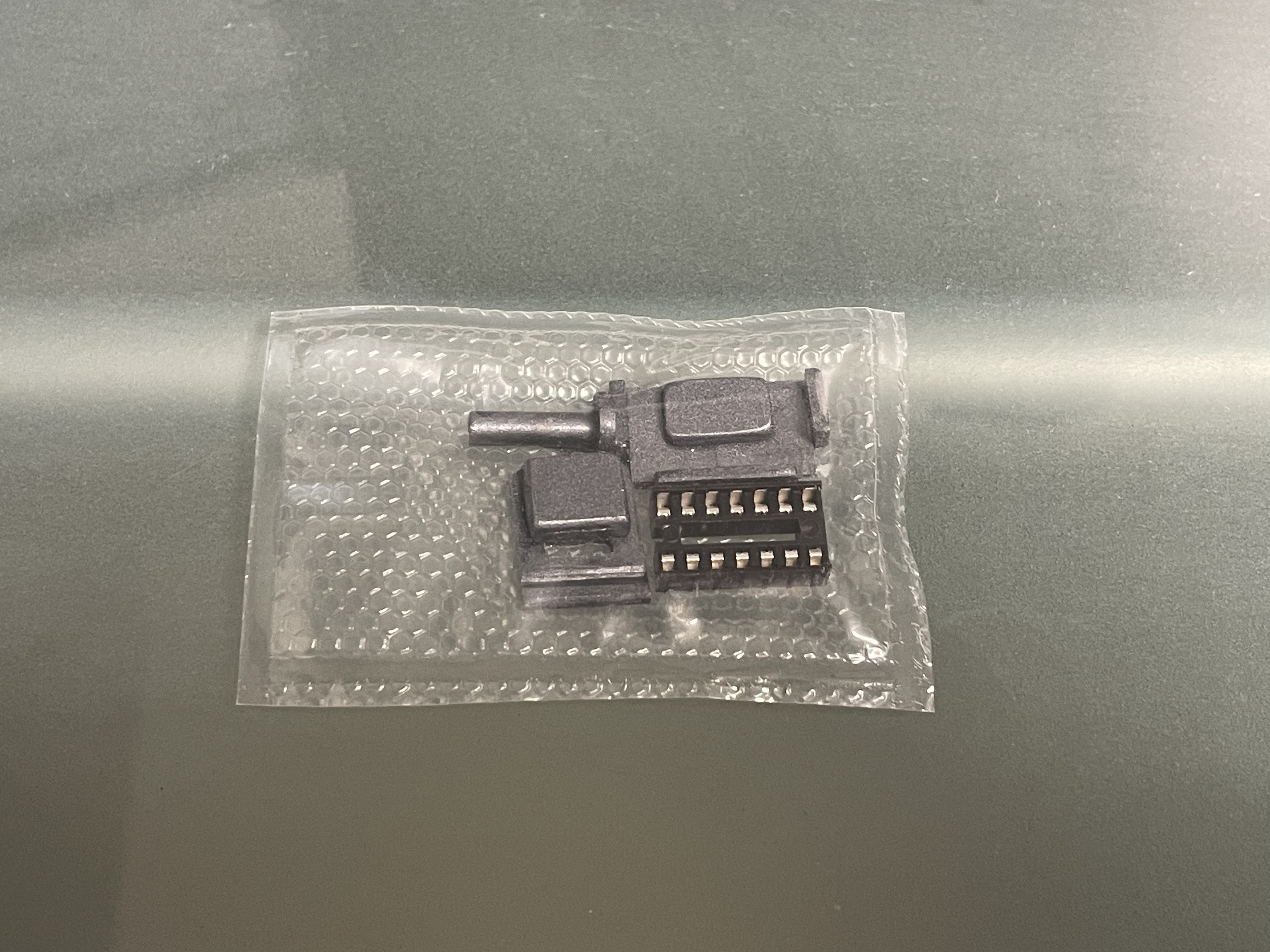 The greebles are a relatively new discovery and I was happy to find that someone was making them.

So I present to all of you my newly accurate-ized ANH E-11. 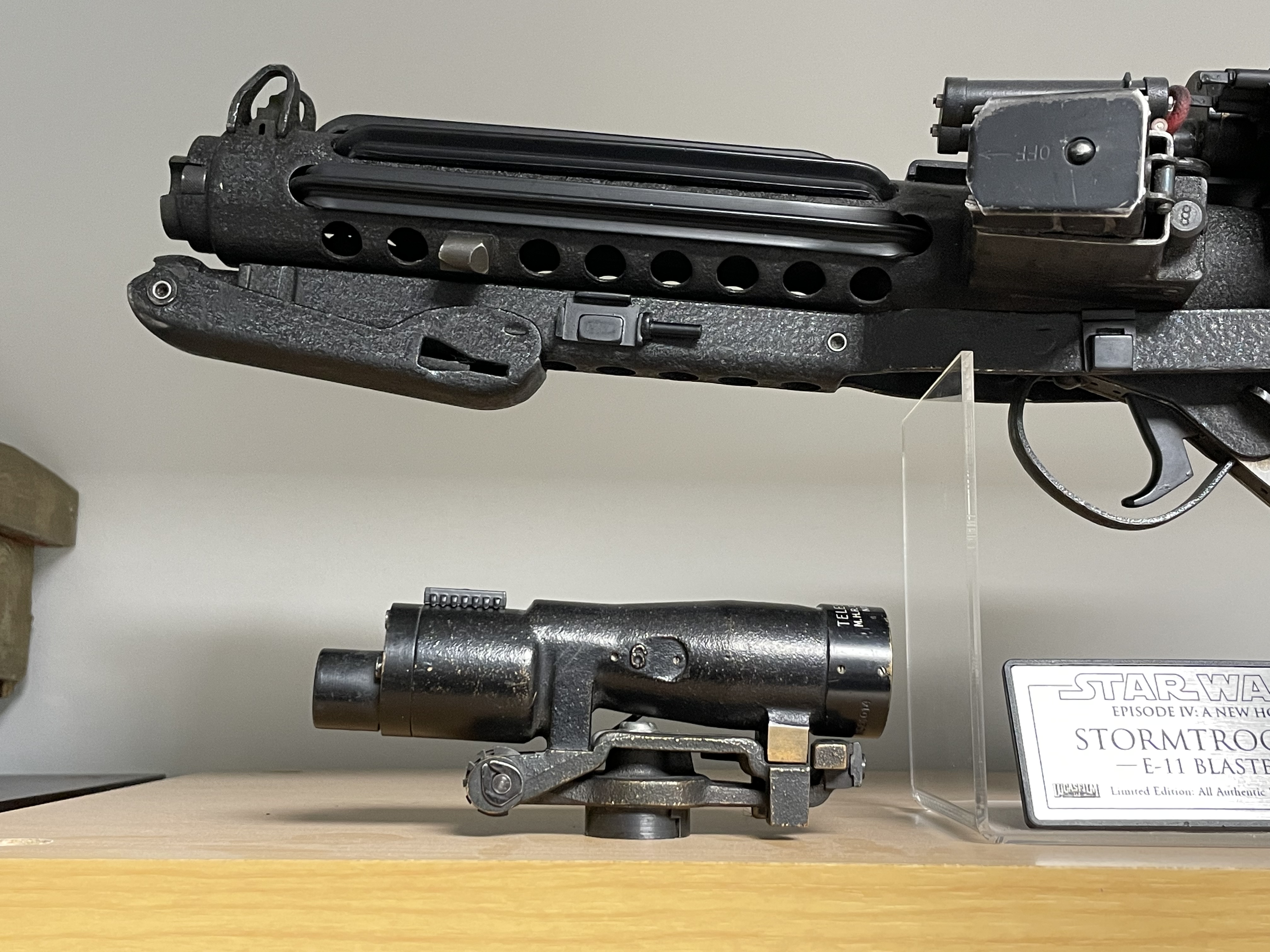 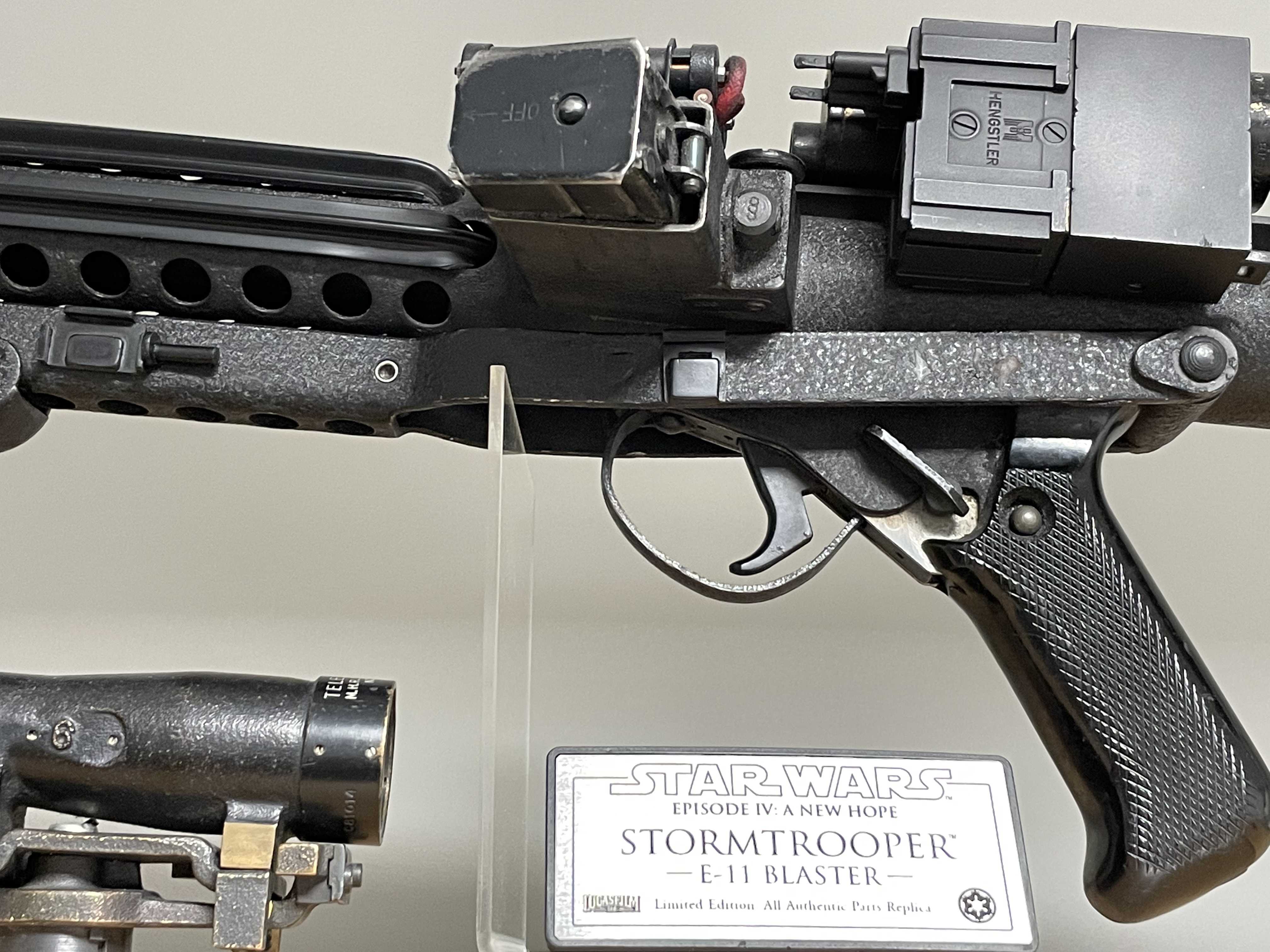 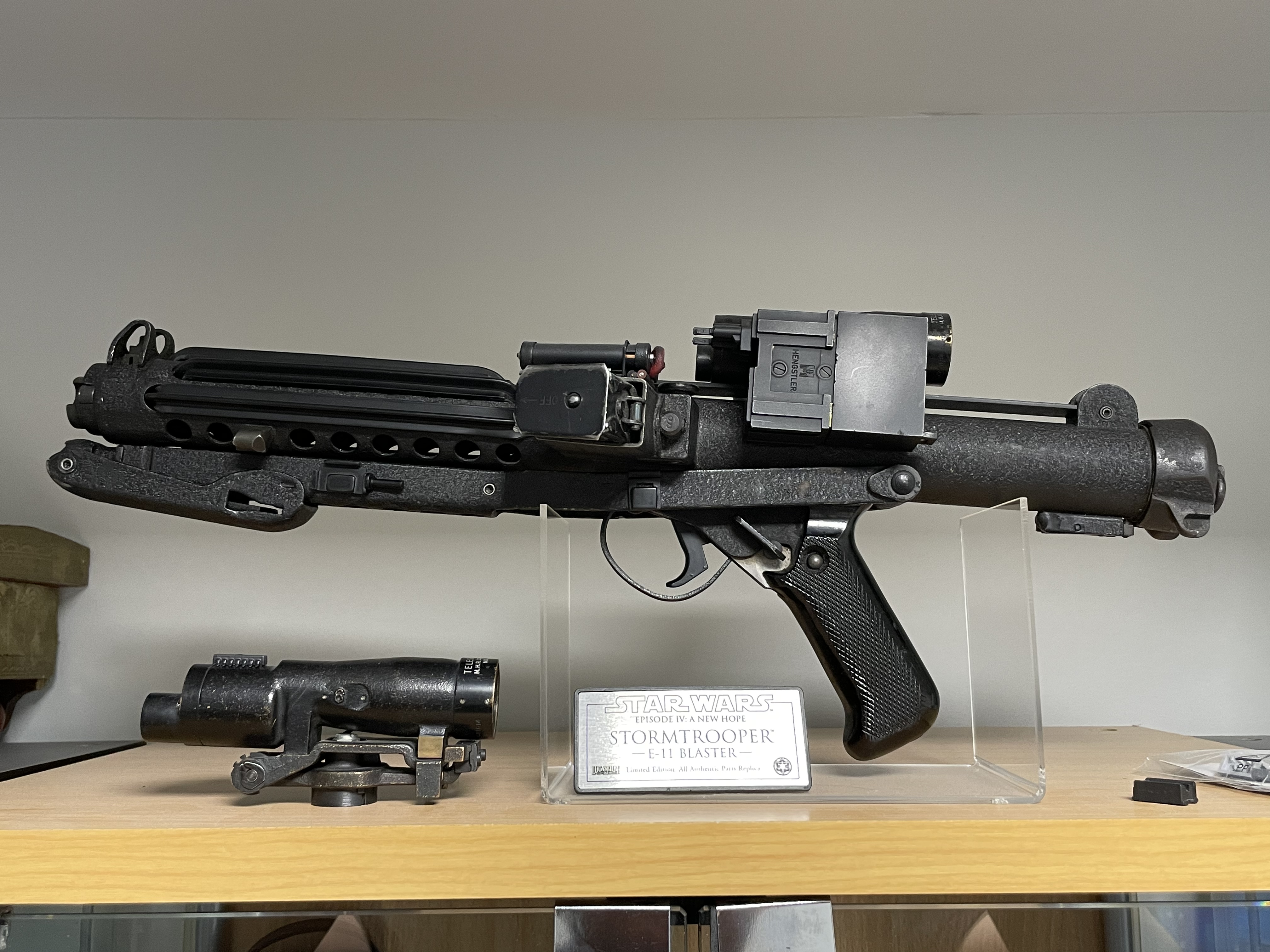 Obi-Wan's Revenge of the Sith lightsaber. How many variations are there?
2 3 4

P
The last screen used DL-44 from Star Wars up for auction?