Calling it now. Baby Driver will have one of the coolest movie car sequences of this decade.


Little 2011 flashback when Wright shared his Wheels on Wheels car mashup video from 1993, edited when he was 19.

As with ‘Gun Fetish’ it’s a movie montage set to The Beatles (I sure did love The White Album at the time), but this time detailing vehicular mayhem.

But it was edited the same way, locked in the tiny VHS suite at Bournemouth & Poole College Of Art & Design over a long weekend, subsisting only on vending machine coffee and Snicker bars (20p at the time as I recall).

The VHS tapes were mostly ones I have recorded off the TV, ones I had borrowed from the college library and what few retail titles I had. Indeed the shocking quality of the Kubrick clip is because this was back when that particular movie was banned on VHS. That is from a Dutch release. Those were the days.

Now, you’ll see a fair amount of overlap from the last montage, obviously, but also quite a few new and some fairly obscure clips. Again, I leave it up to you to tell me what. And I will send a little prize for the person who gets them all correct. And a couple of them might stump you.

I’d also say I didn’t have access to some of the key pre 1993 car films at the time, indeed some of the best car chases in cinema I’d yet to see. One I had seen, but could not source the tape at the time (with my limited supply of material and a student bank account deeply in the red) was 1968’s ‘Bullitt’.

Yes, that’s right ‘Bullitt’ is not present. Anyone commenting ‘No Bullitt? FAIL’ or complaining that the split track audio or video are not perfect, can go f*** themselves. Or send a handwritten note back to the 19 year old me in Bournemouth, Doc Brown style.

Think of this as an exercise in the early 90’s in cutting together car chases without “Bullitt”. I basically made these for myself and to figure out how to edit.

This one is also not completely safe for work and has some spoilers again.

So don’t say you weren’t warned! I ask anyone linking this clip to include the context of the piece and these caveats!

Enough of my yakking, let’s hit the road!


Again, a couple of things. Before any of you comment “Where’s —– or ——“, bear in mind that the 19 year old me had a limited supply of tapes at the time. I was young, I was broke. There was no internet.

As stated above, no list of clips, as I thought you guys could guess them all. First one to guess them all in order, including close ups, I will send a little prize.

Apologies to any rights holders, I was young and foolish, I didn’t know what I was doing. Please don’t arrest me, I will take it down and step away from the keyboard if necessary.

And that’s it. There is no more.

P.S. To restate, I’m going to enable embedding of the video – but if you do re-blog it, would you mind quoting my blog text too, context is very much king! – Thanks Edgar "
Last edited by a moderator: Nov 8, 2018

I think 19 year old Edgar Wright has a promising future ahead of him.
V 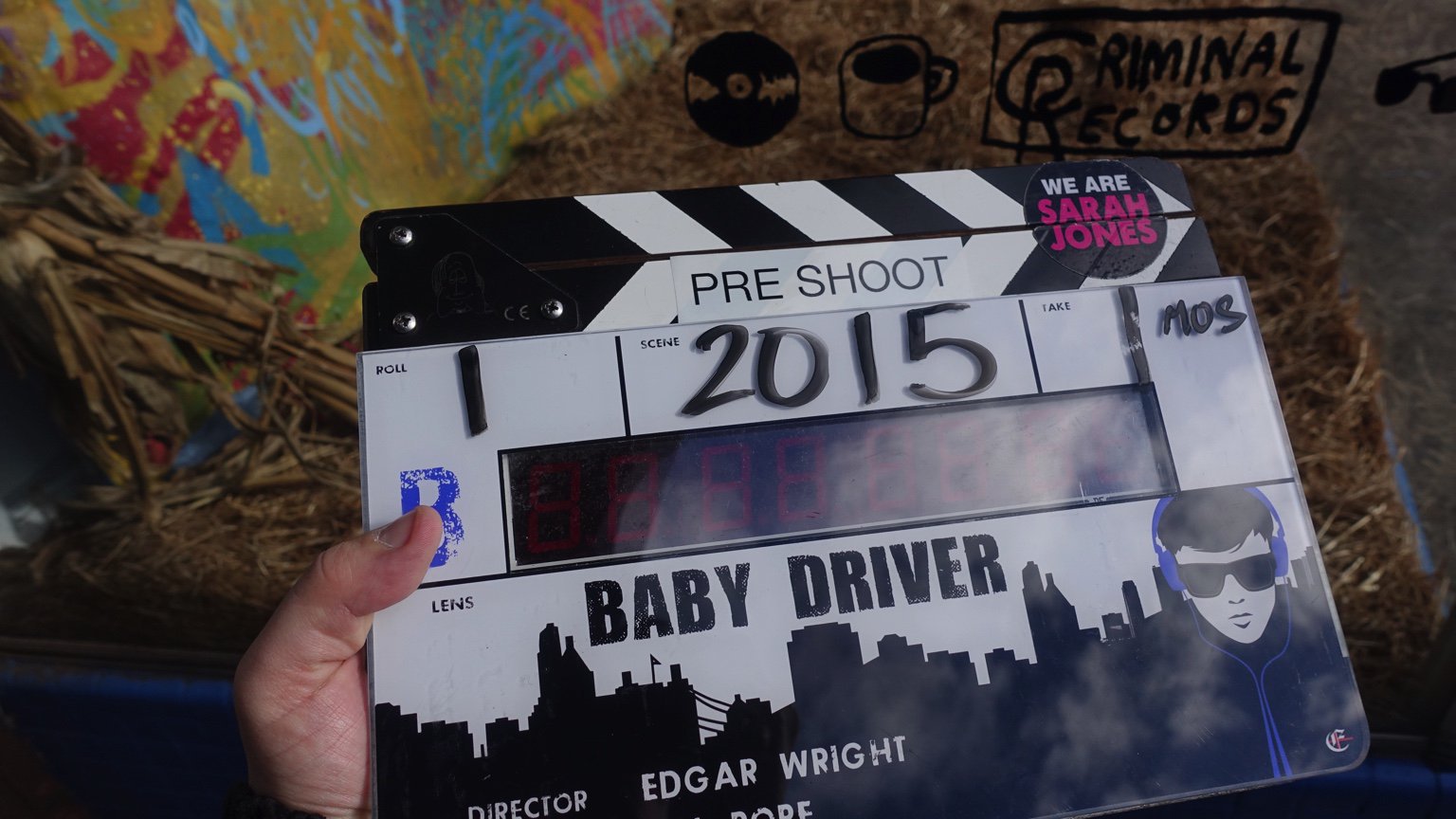 The plot of the movie is described as follows:

"The story follows Baby, a baby-faced, music-obsessed, quiet young man who works as the driver for a rotating group of bank robbers and finds himself on the run when things go sour. "

Here is the 2003 music video directed by Edgar Wright for Blue Song by Mint Royale. Baby Driver has been described as an action musical and judging by the above plot this music video was the inspiration for the movie.

"Featuring comedians Noel Fielding and Julian Barratt, of The Mighty Boosh fame, as well as Nick Frost of Spaced and Shaun of the Dead fame and Michael 'Tyres' Smiley, also of Spaced."

Like Scott Pilgrim, I think this movie will also feature some cool costumes. I look forward to seeing the choice of clothing worn by Ansel Elgort's character.

Here is Lily James in costume sporting a denim jacket with number of pins on it. slashfilm: Quick teaser for Edgar Wright's Baby Driver was just too quick. Shots of all the actors and the logo.

colliderfrosty: First footage from @ edgarwright's BABY DRIVER was just shown. Just showed the cast without any context. Huge cast. So excited for this.
F

Just looked up the cast list. Some talent in there!
V 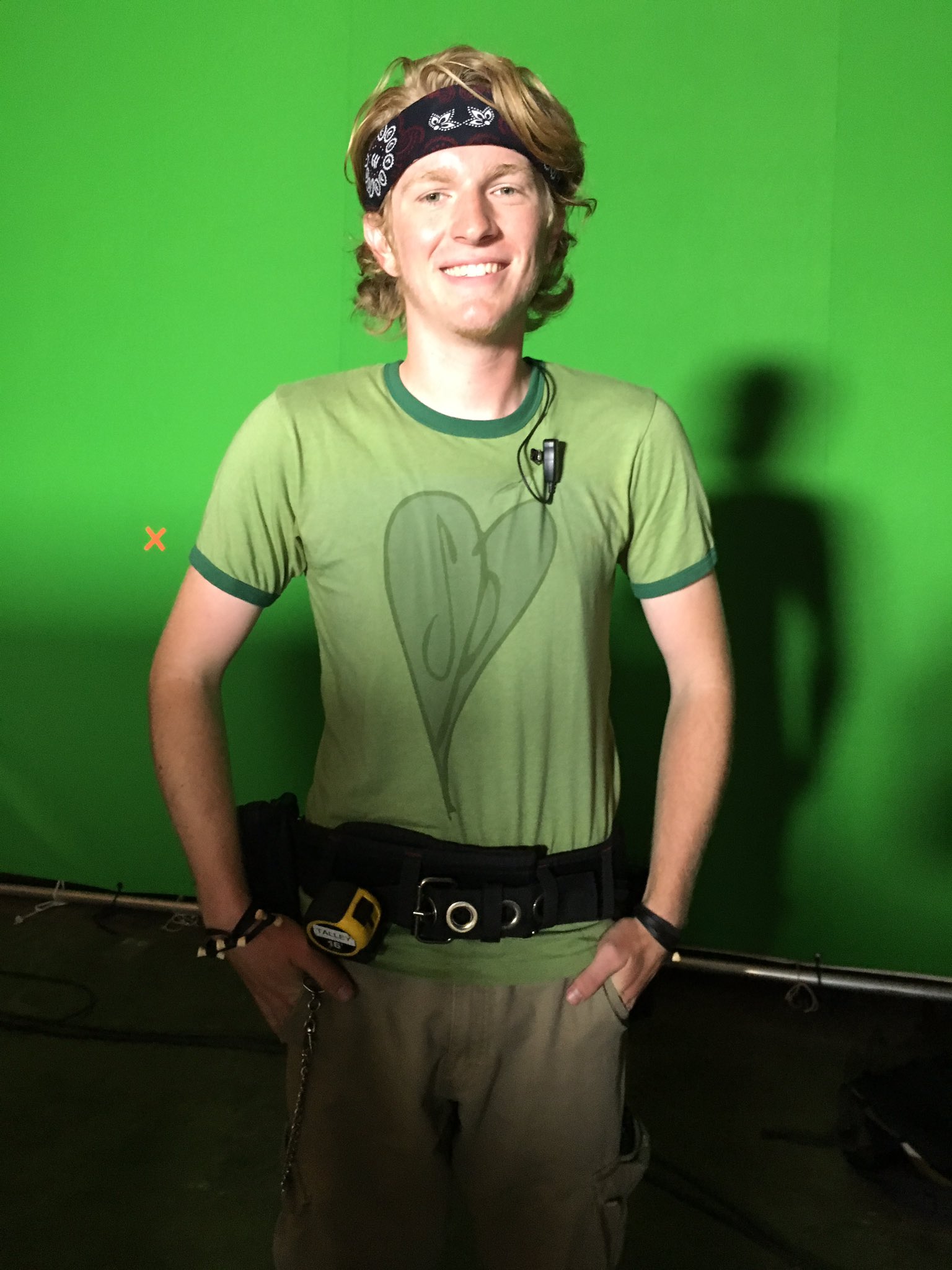 edgarwright: That would be a wrap. My endless thanks to the hardest working crew in showbusines and all the people of Atlanta. 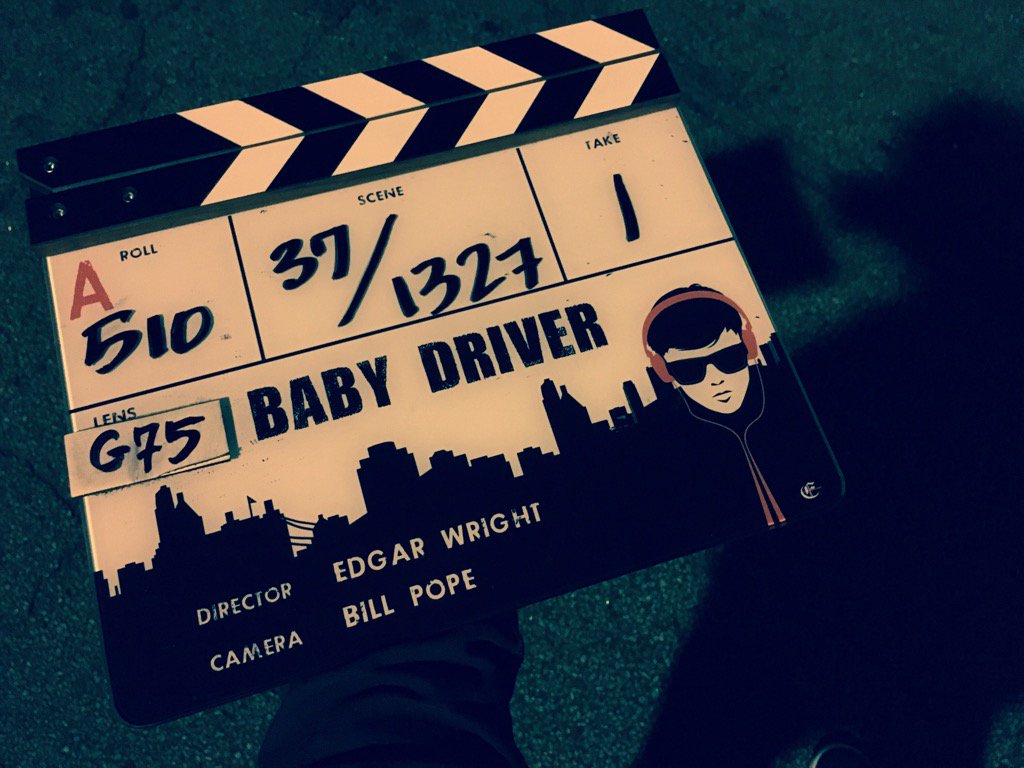 I actually had to look him up. My dad's a fan of Shaun of the Dead (i only saw a bit) and Hot Fuzz thanks to walmart showing it on tv while he was cleaning lol.
V

Was already hyped for Baby Driver, now thanks to Rian Johnson the excitement is in overdrive.

rianjohnson: I may have just seen my favorite movie of 2017 but I can't tell you what it is so don't ask me. 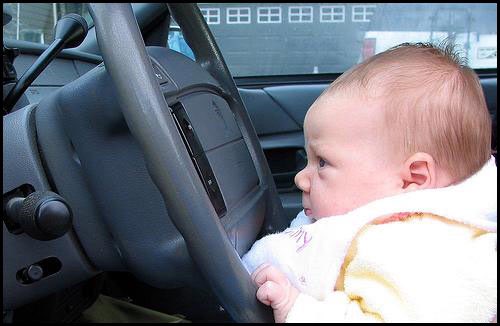 Baby Driver: Edgar Wright shares sneak peek at his new movie
More info about the plot and characters given in the article. 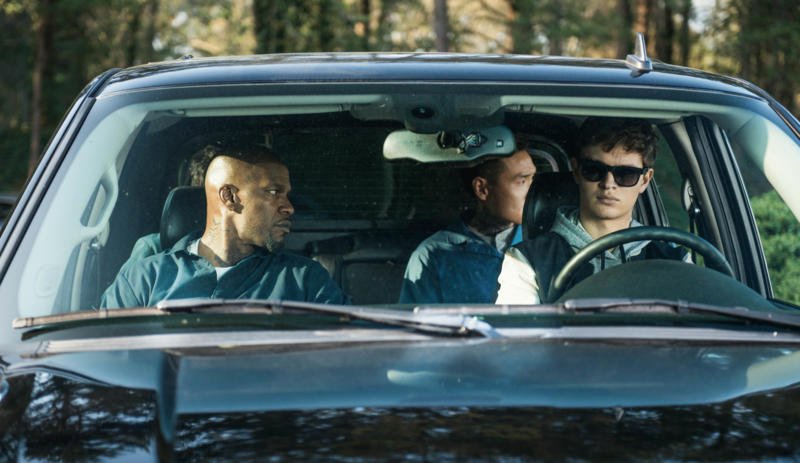 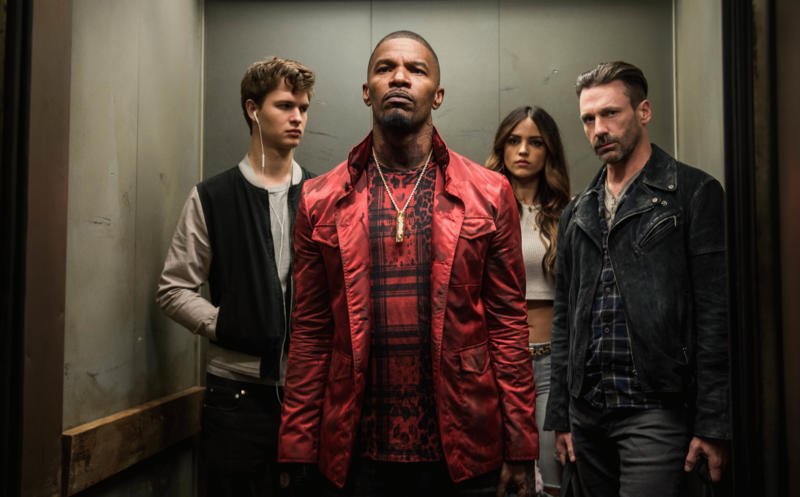 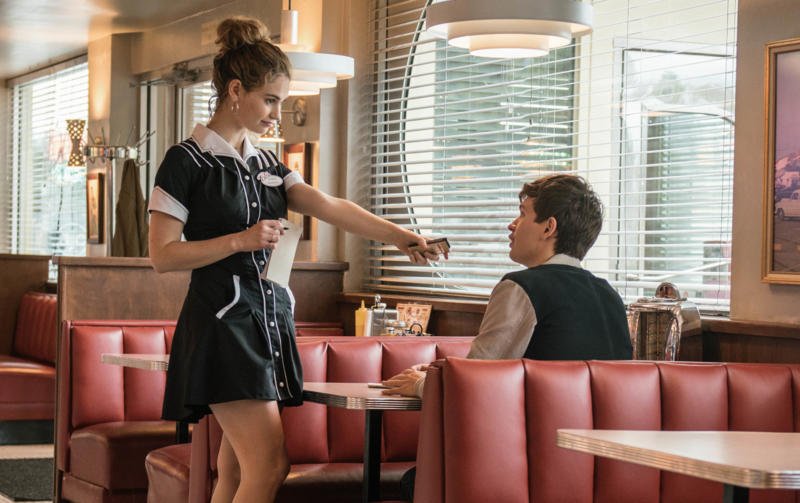 I love the college jacket. It has a Han Solo esque look and style to it.
V

Wow, Edgar Wright's Baby Driver will premiere at SXSW in March, which is 5 months before its August 11 release. Damn, I wish I was attending SXSW.
V

International trailer with more scenes and the trailer is cut differently.

EricVespe: Baby Driver is ****in' awesome. Edgar Wright made his own version of a movie musical except the choreography is car stunts and violence.

EricVespe: Without spoilers, I can say that one of my favorite parts about Baby Driver is that it constantly inverts expectation.

EricVespe: Also I have no idea how Ansel Elgort lost out on Young Han Solo. He channels early Harrison Ford in both looks and charm in Baby Driver.

ErikDavis: BABY DRIVER is fantastic, an adrenaline fueled music-driven gem that gets faster & greater as it rides. The last quarter is tremendous

rejects: BABY DRIVER: it's both the most and best Edgar Wright film. It's a flat-out brilliant, rip-roaring action musical. Loved it. #SXSW 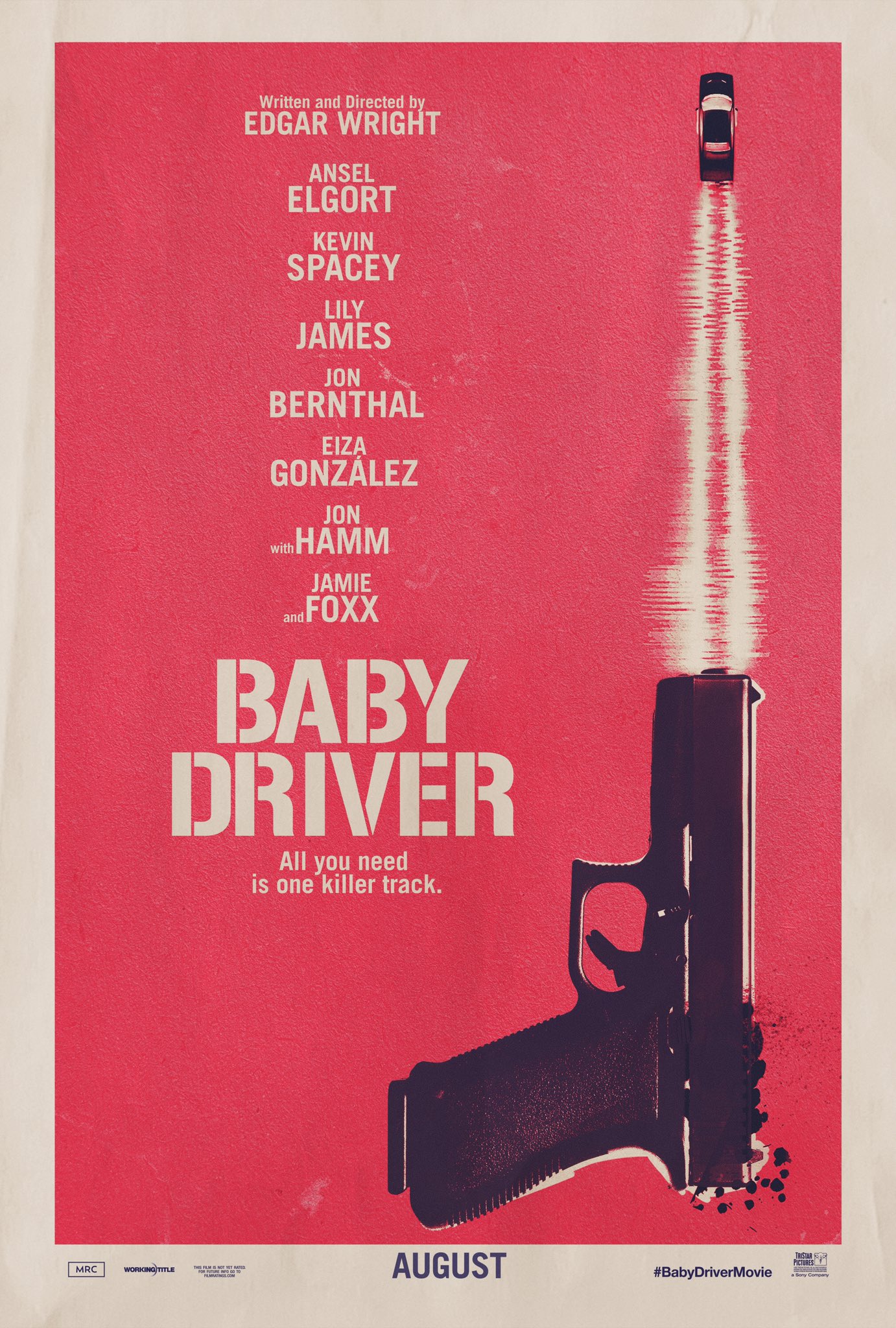 Just one of those actors I can't stand. It's a combination of the way he acts on screen and off. Can't get into the off screen stuff, would be considered political. As for on screen, he just is annoying. He's not a good actor for one thing, and he takes me out of the movie. I can suspend my disbelief for a 50 foot lizard but not with his guy,
F


bwayne64 said:
Just one of those actors I can't stand. It's a combination of the way he acts on screen and off. Can't get into the off screen stuff, would be considered political. As for on screen, he just is annoying. He's not a good actor for one thing, and he takes me out of the movie. I can suspend my disbelief for a 50 foot lizard but not with his guy,
Click to expand...


bwayne64 said:
Just one of those actors I can't stand. It's a combination of the way he acts on screen and off. Can't get into the off screen stuff, would be considered political. As for on screen, he just is annoying. He's not a good actor for one thing, and he takes me out of the movie. I can suspend my disbelief for a 50 foot lizard but not with his guy,
Click to expand...

Ray? Jarhead? Collateral? You obviously have never seen a Jaime Fox movie, or have no taste. Pick one, girlfriend.