This is mostly like a DEBATE about RECASTING and “STEALING” IDEAS, which I don't see here at all, and I hope you guys understand. This was previously discussed by one of the ADMINS (Art Andrews), and he gave me the OK.


Recently, I’ve being really involved in doing GHOSTBUSTERS props, namely “ECTO GOGGLE” frames and stuff for them, namely greeblies and such. Before the summer (as I remember), there were a pair of goggles on EBAY, which looked different from the rest, namely due to the interior detailing on them. I’ve bid on them, but I was outbid by someone else. Anyway; the inside detailing REALLY catches my attention since that time. Here are the goggles I'm talking about from the inside view for reference, 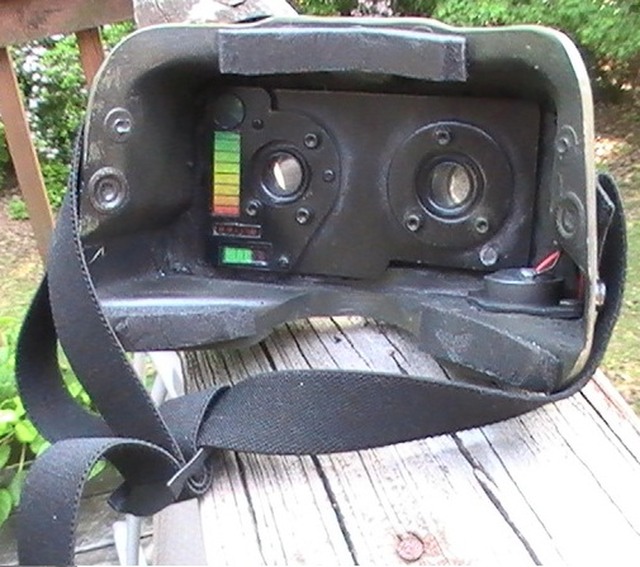 When Vincenzo (member on GBFans) did a run of the REAL AN/PVS-5 night vision goggle frames for sale, I’ve got a frame from him and decided to make a custom faceplate for it, discovering afterwards that the frame that the front plate used in reality goes on TOP and not the bottom… but that’s another story. I was also in the process of doing an internal plate to hold the faceplate, leading me to the idea that I had before of REPLICATING the interior design from those goggles I’ve lost the bid from months earlier. The deal about the faceplate issue is already DONE and discussed. I’ve already talked to Vince on GBFans in regards of “design” issues, but there was never an issue, but rather something we’ve misinterpreted or both misunderstood. Now it’s just “water under the bridge”.


Now, the big issue comes to this: I’ve learned recently after I came with the idea of making a run of interior plate for those, that the goggles that were sold on Ebay, belonged to HOTSHOT, a member here on the RPF. I wanted to somehow REPLICATE the design of the interior of those goggles (NOT COPYING THE DESIGN), and do a run of those.

My plan is still to do a run of VACUUM FORMED inside plates, with a SIMILAR design (not the same) to the discretion of anyone interested, since I’m planning on doing a CLEAR PLASTIC run, with clear sections exposed for those that would want to add a realistic light effect on the prop, just to replicate this effect: 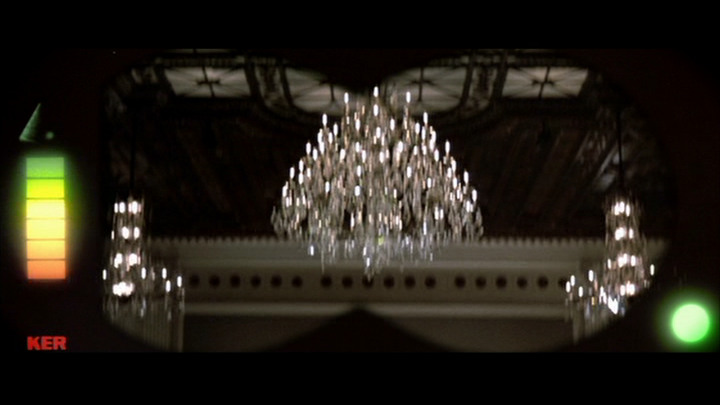 My plan is to make a “merging idea” of both pics, and make it functional to offer to our community both here and GBFans. I already have part of those molds done for vacuum forming, but without the details, which I’m trying to replicate somehow… looking into a lot of options. Some folks at GBFans expressed interest in this, and I’m planning to do them in a way that EVERYONE could be happy about it, but I don’t want to STEAL anyone’s idea and profit from that (NEVER MY INTENTION), but I want to know what’s the best thing to do before I continue.


Since I’m NOT RECASTING (a BIG NO-NO here and most places in the community, and I know it), I don’t see a problem about making someone’s idea into something more useful, like ”making a LAMBORGHINI out of an old Volkswagen BEETLE”, if you know what I’m saying.

Please, let me know your take about this before I continue.
Last edited: Nov 30, 2011

So, if I'm understanding you here, someone made an interior for the goggle prop that they don't make anymore (and failed to deliver to people when they promised it anyway) and you just want to hand make something similar? Not recast or copy? Seems ok to me, but then I'm new here.


Yer off to a bad start since you done stole this photo of mine to post in this thread. :lol

TheSt.LouisKid said:
Yer off to a bad start since you done stole this photo of mine to post in this thread. :lol
Click to expand...

LMAO! :lol Thanks for the humor.

To "FORD", EXACTLY. Just getting the idea to do something BETTER, and able to have a lot of folks HAPPY around.

Well...If you are not copying the design and you are technically elaborating upon the original idea for something that did not (If I'm not mistaken) exist on the original prop anyway...

If I may suggest something, I see the other design doesn't really allow a very large field of vision. Maybe bigger eye-holes? I mean, if you're going to wear them around at all you need all the vision you can get since the goggles already kill all your peripheral eyesight.

What you are referring to is using some-ones idea for the piece if i am reading correctly rather than re-casting, there's nothing wrong with using an idea that someone else has had for your own item (If of course it did not form part of the original prop), but when it comes to taking an idea from someone, making the piece exactly the same and then selling it for financial gain, then that's a whole new ball game to me. You could almost say its intellectual theft, however it's more a question of morality to me, asking the person if it's ok to use their idea in such a fashion would always be the safest bet.

Then again it depends as well just how much your piece is based on the original idea as well, if it's loosely based, but still relates to the original prop piece, then there wouldn't be too much of a problem. More than one person can have a similar idea.

There is no set rule, concerning "copying" or "reverse-engineering"

I have seen at least three groups replicate the Graflex, and I can't remember anyone crying foul.

I have seen a member replicate an item out of another members collection and started interest threads selling the item, never asking the owner if it was ok, and no one cried foul.

I have seen members make a replica and tell you it is based from the same dimensions of a licensed prop, and no one cried foul.

However I have seen members get upset with one another, because they were both do runs of the same item.

The only constant I have seen is DON'T make a mold of anothers replica and sell copies WITHOUT the original owners consent. Even if they are a defunct company....unless there is a demand for the item, and then go right ahead....so I guess it isn't constant.

All bets are off

RPF PREMIUM MEMBER
There is NO problem with seeing what someone else has done and making your OWN version of it. As long as you are not using measurements or recasting their parts.

I don't think bringing Hotshot's sales issues (if any) into this is a good idea. It has NO bearing on wheather you can/should make your own. Hotshot is a highly respected member here and there is no reason to post that.

RPF PREMIUM MEMBER
Let me ask a stupid question. Why do you want to copy that anyways? I would think there would be a cooler looking way to do it. The display/LED locations are pretty much set by the movie but why not just do something different and better looking and call it your own? If it were screen accurate then i could see copying it for the sake of accuracy but why copy someone elses design when it is just one persons interpretaion. Isn't there supposed to be a green and red light on the lower right hand side anyways? Make a better one, you'll probably be much happier in the end and it will be your own design.

RPF PREMIUM MEMBER
You could have just asked . . .

Hotshot, PM on your way.

@Ford W Maverick:
When you look through the holes, it has actually like a similar view effect. Of course, the screen grab is a "representation" of what it should "really look" if you look from the inside, which is not real, of course. Basically, it's just to make the goggles themselves look NICE inside if someone wants to take a look.

Again, just something to LOOK GOOD from the outside, and not an actual WORKING piece.
Last edited: Nov 26, 2011

My own Ectomobile: the Ecto-84!