if it is cintus supremus --- translates to roughly big ashes
but more people think its sinus supremus --- Big Nothing
and no they werent playing Dungeons and Dragons in the movie.... they called it a spefic game not sure what it was --- alien catcombs or something but guessing whatever it was... was still a table top RPG just like D&D
C

Supremus is Latin for infection and I'm assuming it's sinus not cintus. The subtitles might have just been wrong. If I'm right then it's just sinus infection

Jet Beetle said:
I always chalked it up to some Dungeons and Dragons name, see how Zero charisma in the 80's could have been plucked from game -- and weren,t they playing D&D the night ET showed up? Our 80's nerd forefathers speak much the same way we do, only referencing different things.
Click to expand...

It's nothing D&D related.

I think the actor mispronounced "sinus" for "sinnus" So maybe a cool way of saying "big headache" lol. Maybe he was scripted to say it as sinnus because he was some kid trying to read big/smart words to use as insults, and just said what he read without reading the way was supposed to be pronounced haha

RPF PREMIUM MEMBER
The German dubbed version translated it to "Idiotus Maximus". Looks like they did not come up with a more fitting insult in german.

I own an original copy of the "ET and me" script and I just got it out to read that scene and it is A LOT different than the finished film. There are 8 pages of details/dialog of the boys playing the D&D game and the only name called at all is "Mr. Zero Charisma", the kids have different nationalities (the script makes a point that the Dungeon Master is Japanese but is still named Steve), they have different dialog completely, the pizza delivery guy (from a pizza joint named 'Had a piece lately?') comes to the door and has dialog, and Michael (Elliott's brother) takes a shotgun outside to deal with ET in the shed.

I guess I am in the crowd who just always assumed it was a D&D term. But I was never a D&D player so if someone here says it is not a D&D term, I will believe them.

Sinus in Latin also Means “Fold” So Maybe He was Calling Him a “Big Pussy” a Very Nerdy and Over Elaborate Diss and Follows Up with Calling Him a “Wimp”
Click to expand...

"Cintus Supremus" or "Sinus Supremus"... that's what the character Greg says but it's never clear what that means.

"I can speak authoritatively on the truth about this exchange because let's just say I know someone who has firsthand knowledge. Why this statement makes no sense is because what the little actor REALLY said was over-dubbed. While Spielberg (and the censors) were okay with certain things being said in the movie without affecting the movie's rating, such as "penis breath", the original scripted line was apparently just one step too far for the censors. What the actor's line really was, and if you can read lips you can verify this, was, "Cuntus Supremus", not the overdubbed "Cintus Supremus". While "Cuntus" isn't an actual Latin word (it would actually be "vagina" which literally translates as "sheath", because that's where you stick your sword) it has enough Latin sounding quality to make it appear legit. So what did the actor/line really mean? In short "Big Pussy!" except in a vague Latin way. This line was intended to also hearken back to their earlier exchange while playing Dungeons & Dragons since in the early 80's Latin words were often geek chic speak to sound like you were casting a wizard spell (see the early 80's movie "Dragonslayer" where this is done frequently)."

So are many of the members here.

It winds me up when mods delete comments, even ban people, for posting in 'old' (subjective - E.T. was released in 1982) threads and expect users to somehow know why and when a new thread must be made - even though the first thread has plenty of good information.
They never give a reason why it is bad - but act like it somehow slows the website (which isn't true).
Anyway - the ITV UK subtitles say "Sinner Supremus" - which is exactly how the character 'Greg' pronounces it. So, maybe it just means supreme sinner, or the actor, and Spielberg, didn't really know what 'sinus supremus' (big nothing) was, if it was written on the script, and didn't know it was being mispronounced.
"I can speak authoritatively on the truth about this exchange because let's just say I know someone who has firsthand knowledge...." - this is 100% weirdo Internet BS. There's no way Greg is saying "Cuntus" or that Spielberg would ever have thought that would be ok. There's also no way it was dubbed over with "Sinner" as watching in HD shows no bad lip-sync, with Greg saying several lines, and the sound matches the background noises too.
I think we can safely assume the term was 'sinus supremus', meaning 'big nothing', and it was mispronounced "sinnus."

CessnaDriver said:
News to me.
My friends and I thought he said penis supremus. LOL
Click to expand...

The good ones never die..

If I had to guess it's just something they came up with to annoy Elliot. Back in my middle school days, I had a friend who used the term "Sucsa Papenal" (you can probably guess what that translate to) because he was avoiding teachers hearing so he didn't get in trouble. So, it could be possible the meaning is that Elliot "majorly smells" because "cintus supremus." (I could be wrong in that regard).
Last edited: May 1, 2022

RPF PREMIUM MEMBER
Looking at a dialog shooting script, it shows the saying as “sine supremus”, and looking at the dictionary, it is a geometry mathematical term. 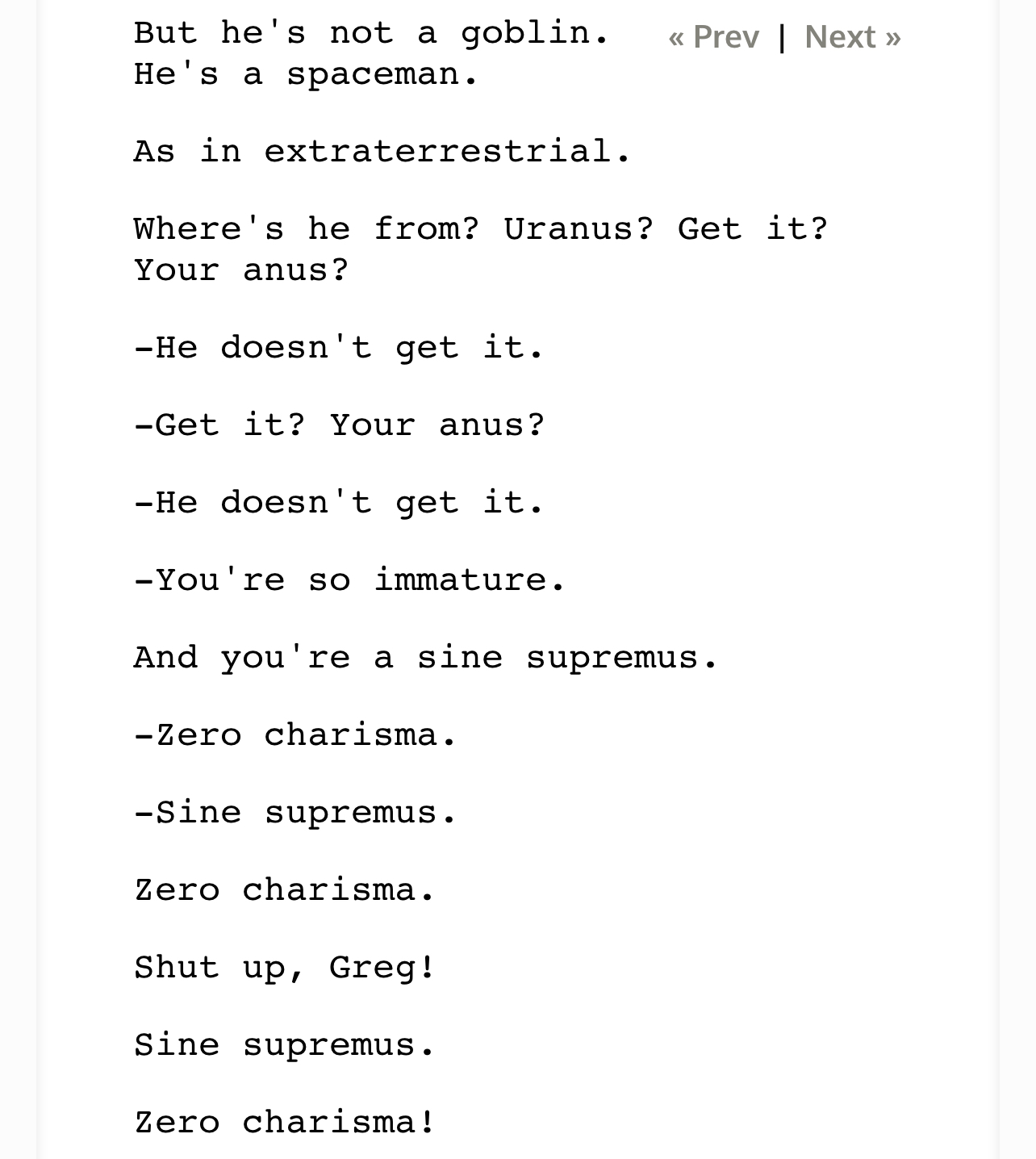 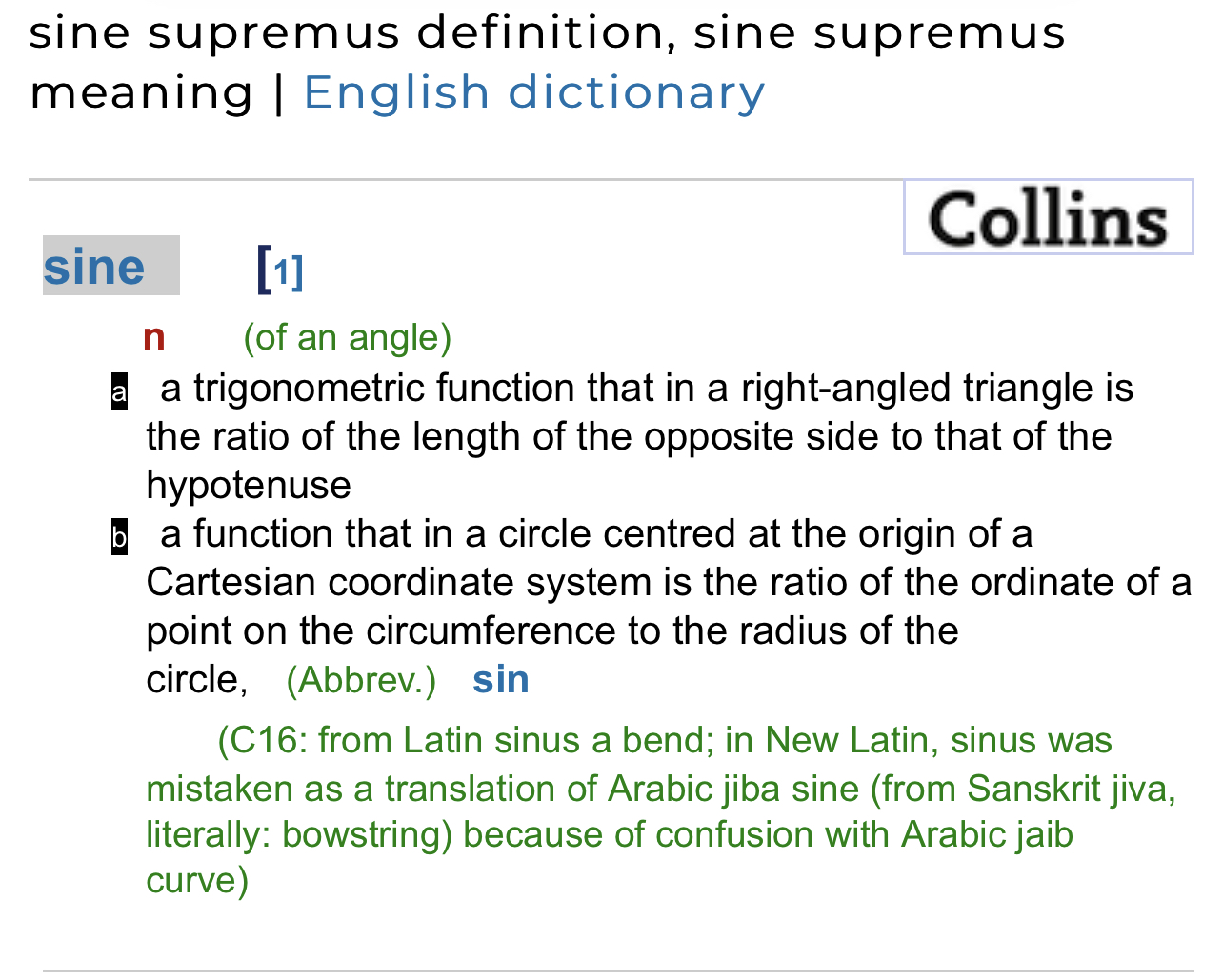 Moviefreak said:
Looking at a dialog shooting script, it shows the saying as “sine supremus”, and looking at the dictionary, it is a geometry mathematical term.

So, going form the last bit, in which it mentions the sinus, maybe he's telling Elliot he's got a big nose (which doesn't make any sense either)?

CB2001 said:
So, going form the last bit, in which it mentions the sinus, maybe he's telling Elliot he's got a big nose (which doesn't make any sense either)?
Click to expand...

Or he was referencing the mathematical term. This is a kid in school who might have just learned that term in a Geometry class and he could have thought it was funny, so he is using it towards someone, not even considering it isn’t really an insult.

It's not a Whopper in Italy?

Today at 7:42 AM
Metaluna mutant