Im building a ET communicator... (( i really want to back home ))

has anybody Mod the Vintage Texas Instruments Speak & Spell screen .. to show those weird fonts? 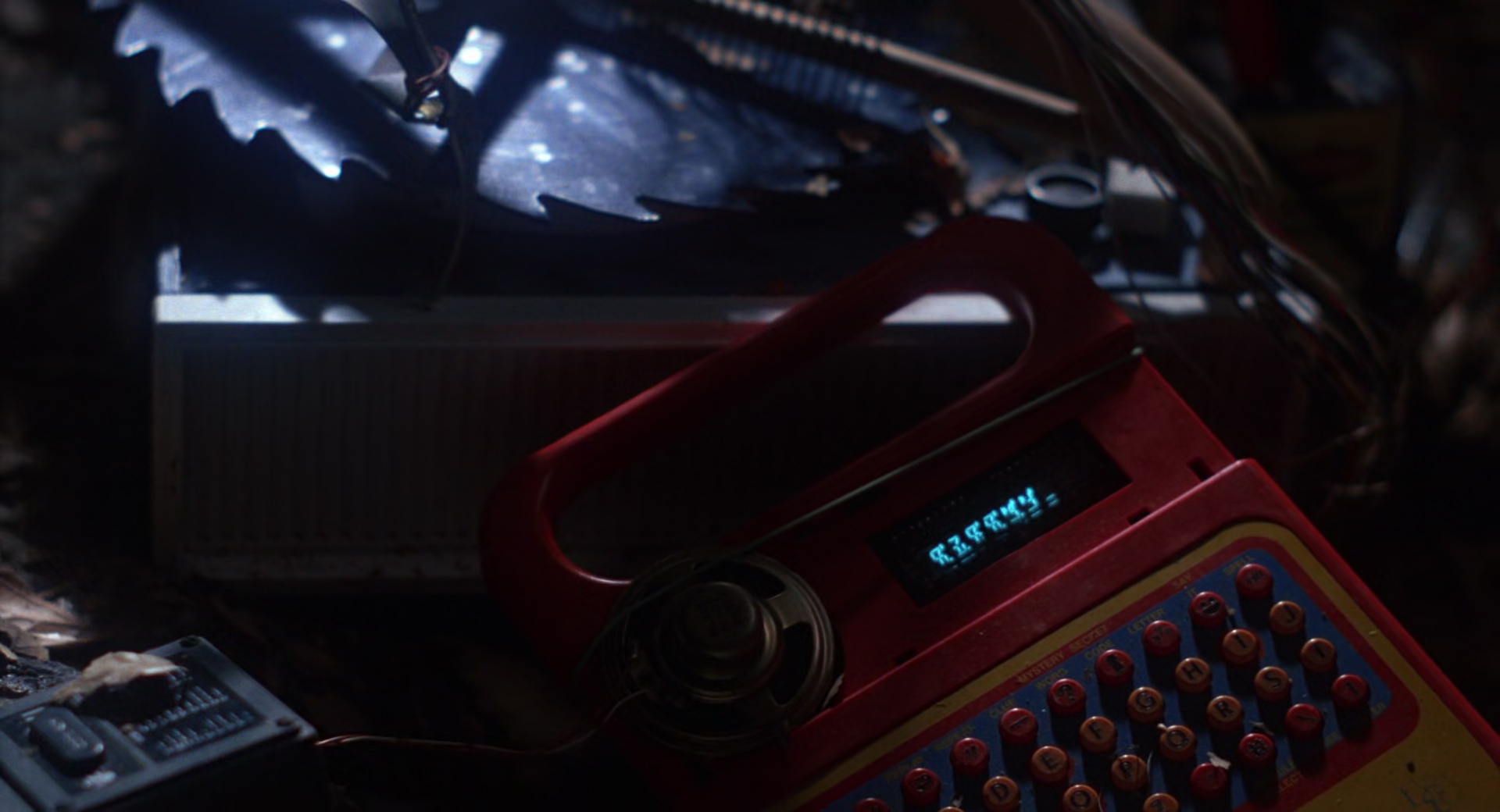 or any other attempt to replicate?

RPF PREMIUM MEMBER
never seen any one do one.....i'm sure it's just a matter of fooling around with the the wires inside to get that weird output. i'd just mess around to see if any thing works....if not it fries the thing. that's the gamble.

I would guess they used jumpers between standard lit segments, and ones that should not be lit. They may have also cut leads on others to further obscure the letters.

moviebuff5 said:
I would guess they used jumpers between standard lit segments, and ones that should not be lit. They may have also cut leads on others to further obscure the letters.
Click to expand...

so there is a video o f Henry Feinberg talking how he made the communicator .... and i thought... " maybe is just making things up .." but seems like the prop was a real mechanical working thing "...

There is a note here that indicates it was working as well, also what the message supposedly was. 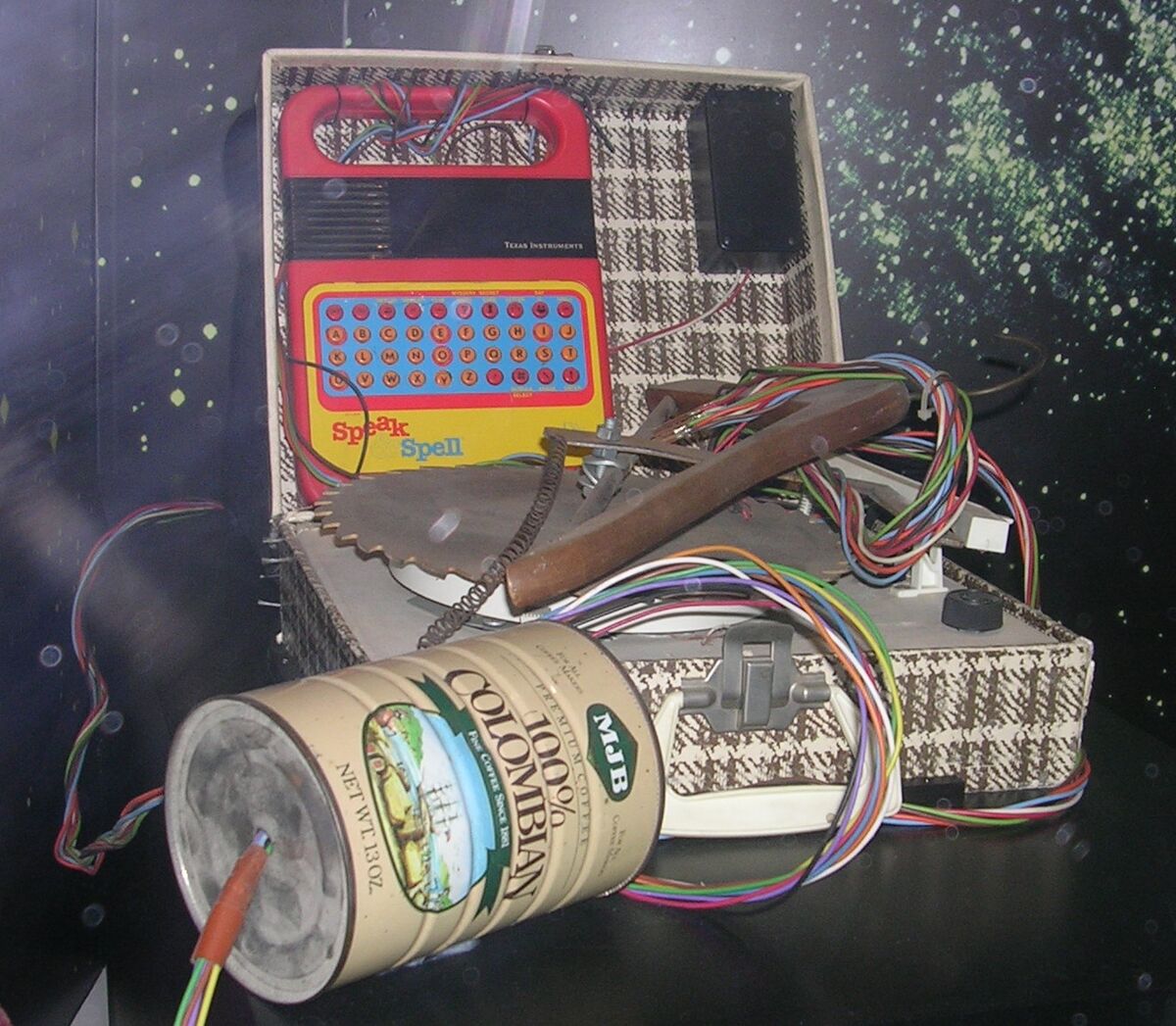 E.T.'s communicator is a makeshift device created by E.T. to 'phone home' after he is accidently left behind on Earth by his botanist colleagues. The communicator was inspired by a "Buck Rogers" comic strip E.T. had read while under the care of Elliot and his siblings, Michael and Gertie. While...

From what I can gather from what you have described and the video, the bobby pins, saw, and wires to pins on back of the speak and spell board are a way send a signal to the speak and spell, so it thinks keys are being pressed. With only 18 wires, and 18 pins on the speak and spell, I suspect the keyboard uses a key matrix, and he built it to be programmable with any message, rather than just one. I am not sure what he means "...modified with the different keys to create a different alphabet" If the fandom wiki is correct, and it was broadcasting in English, (Henry Feinberg even specifies using a speaker mic from a walkie talkie to pick up the output from the speak and spell), it would seem he just messed with the display.
Last edited: Aug 16, 2022

There is also this screen, which may help figure out how the display was modified, if the text really is I LOVE DEBBIE.
I don't see a space on speak and spell, but it looks like there is a hyphen. Videos seem to indicate the speak and spell just stops responding when you hit the end of the line, so the text would be broken up. I-LOVE [say it] DEBBIE [say it].
Maybe this is "I-LOVE." The 6th character seems to match the 6th in the other image if that says DEBBIE.
The first image seems to have a near repeat for the BB, but the first E is very different from the last. Those differences could just be a result of different modifications on the display characters. 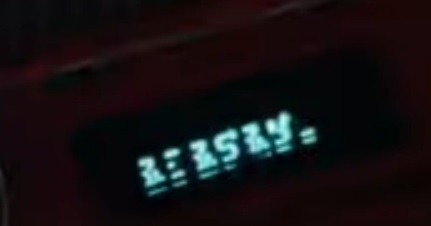 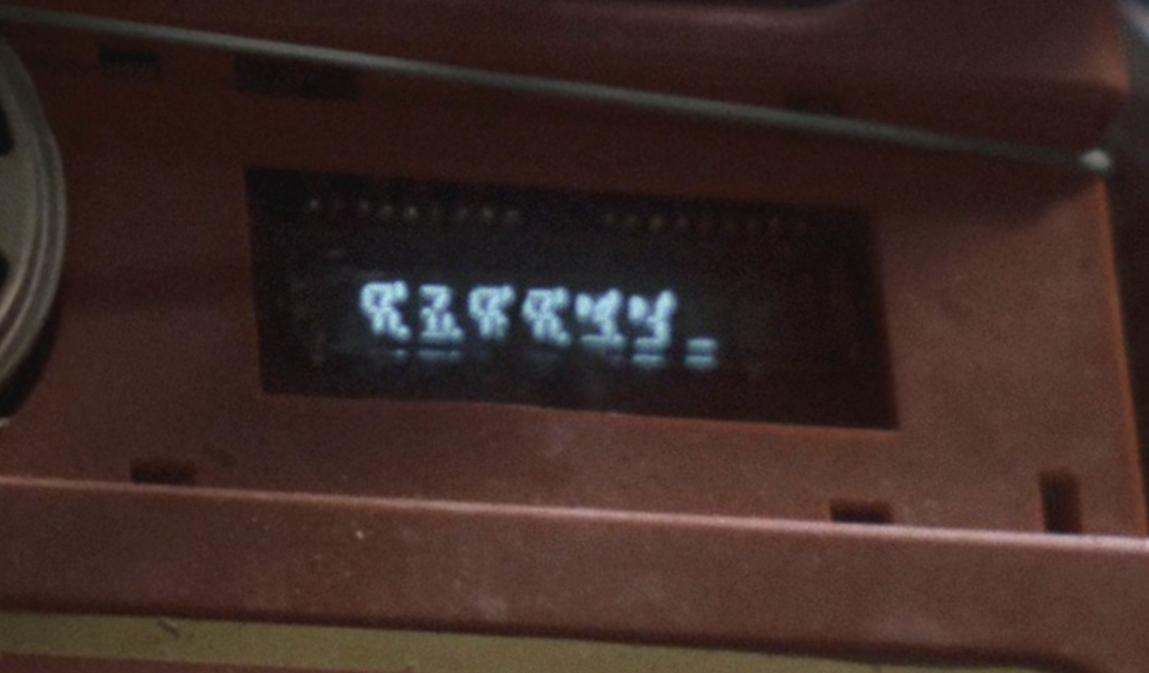 I cant find this
seems like its the last piece i need...
any help?? 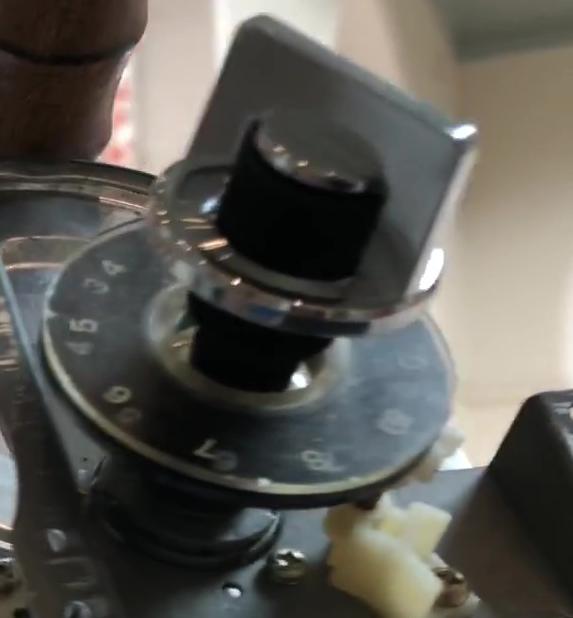 RPF PREMIUM MEMBER
those look like channel knobs from old school 1980's tv sets....but it's like they put them on top of each other. the trick is gonna be finding the exact model it came off of. 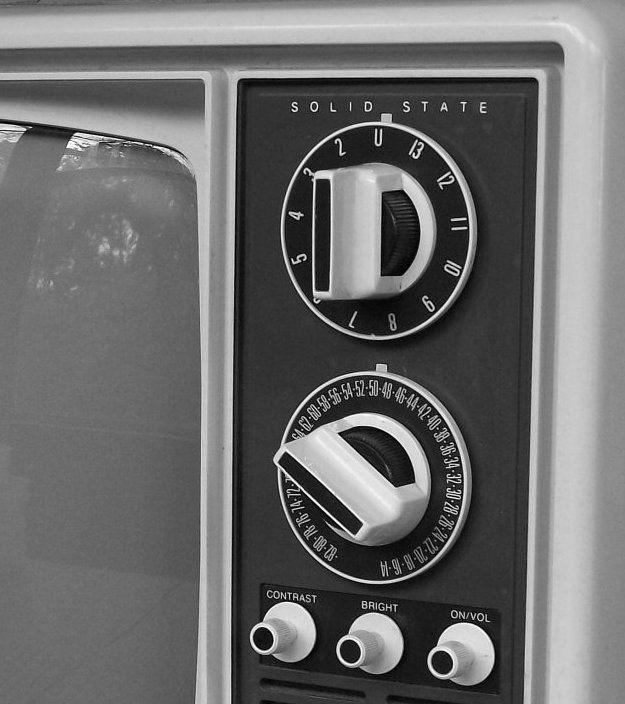 ultraman said:
those look like channel knobs from old school 1980's tv sets....but it's like they put them on top of each other. the trick is gonna be finding the exact model it came off of. View attachment 1609366
Click to expand... 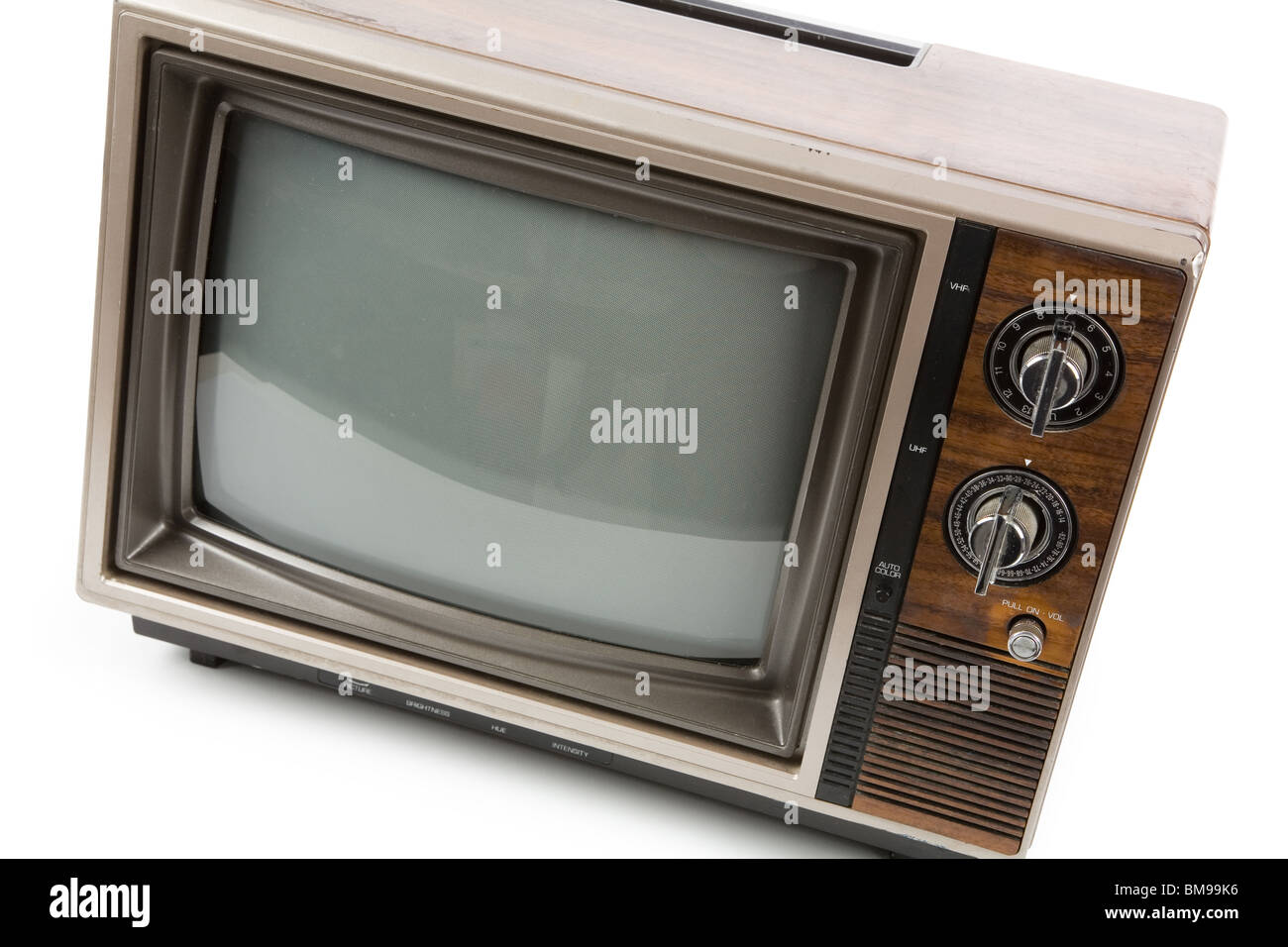 my photoshop skills are not so good.. but ive made a dial and printed it.. glued to some washers and not exact the same but at least a good start though ... 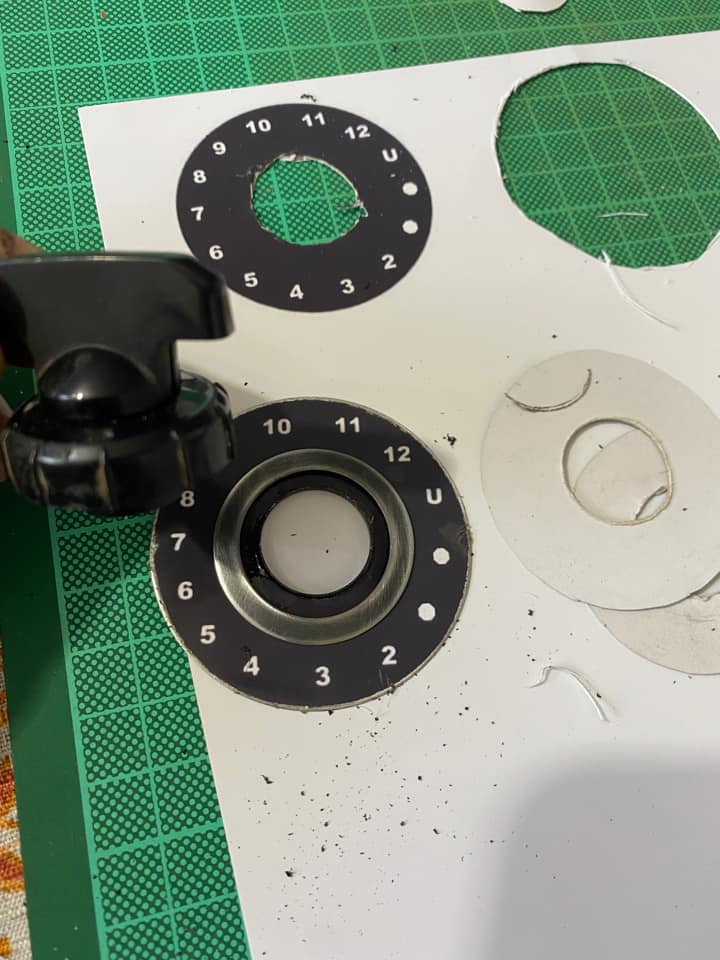 JUMANJI board replica MOD with Screen/Sounds from the Deluxe Game