RPF PREMIUM MEMBER
I have one of these I haven't finished yet. But I have never had one the sheaf. The sleeper must awaken. Subscribed
R

I can't wait to see how the crysknives look in the new movie.

RPF PREMIUM MEMBER
You and me both!

The 48th Ronin said:
So... remember when I wrote "never say never"?

The same friend who pestered me into finishing this project recently put a bug in my ear about doing kits... and suggested utilizing a modern technological solution to help facilitate that and make things easier - i.e. 3D scanning my patterns, using 3D modeling to generate a consistent wall thickness for the sheath, bumping the size up slightly (to correct for generational shrinkage of the production-lineage piece that I started with), and then 3D printing master patterns that would then be molded to produce the kits.

I dug out my original patterns the other day - I figured that while we're at it, we might as well re-do the original knife as well (if only to correct for the shrinkage issue).

Don't have a time frame for all of this at the moment, but I will update if/when things start to become clearer...
Click to expand...

Jumped in to comment how awesome the pics in the OP look, and to say your work... (while a little slow, 11 years ) is amazing!!!

Watching this thread for news of a run!

Before I sent the patterns off to my friend I wanted to clean them up a bit, and while I was at it I thought I'd poke around online to see if I could find any new or unseen (to me) pics of the knives. Way back when (2000 - 2001), when I first fixed up the crysknife casting that I had gotten from an old friend, there were a few grainy pics available, but there really wasn't a whole lot out there. 20 years later I found some stuff that has been very illuminating... 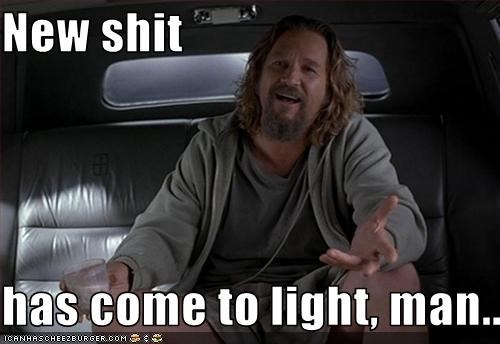 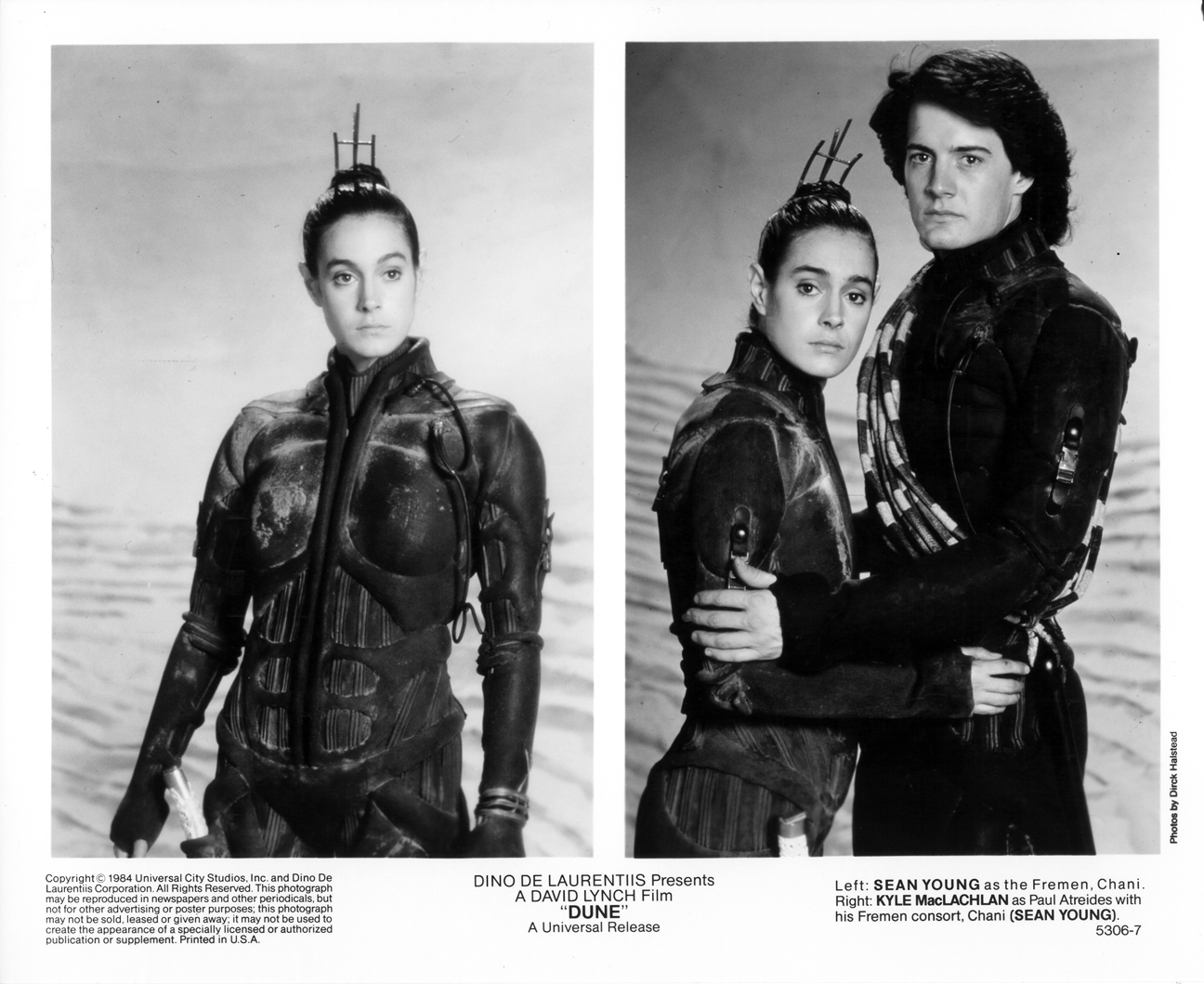 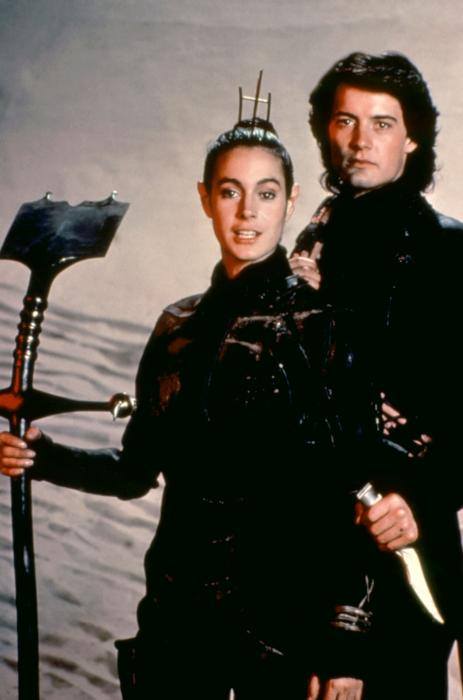 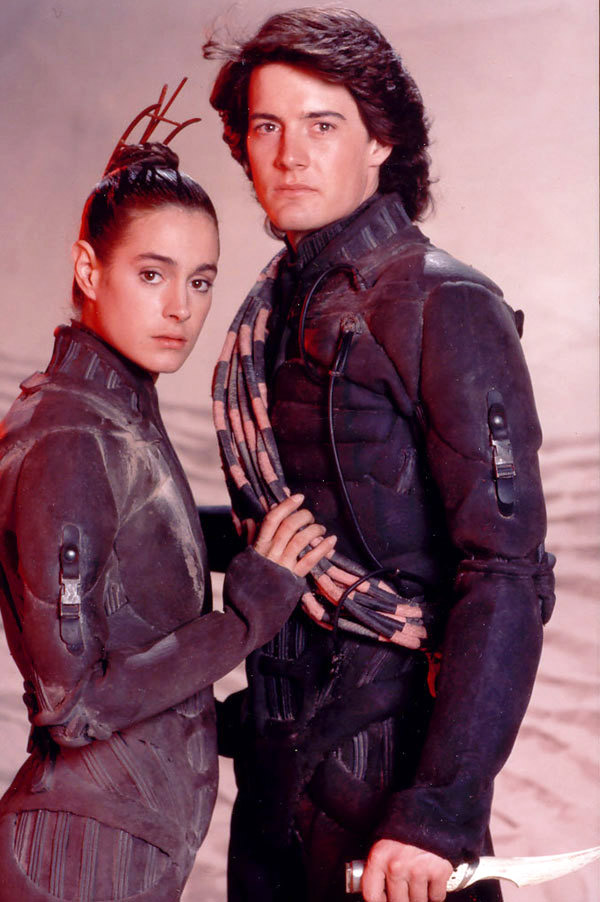 That last one was particularly useful in that it's a nice side view of the knife, and I could scale it based on Kyle MacLachlan's hand to get a better estimate of the true size. Also, these pics showed me that I needed to make the triangle piece on the buttcap thicker.

I also discovered a YouTube video that had excised footage from the deleted Shadout Mapes scene - I had never seen this particular footage before and it revealed that the knife in that scene didn't have a metal collar on the blade! Who knew?! Not me! This was definitely a huge revelation.

This footage also convinced me that the end of the buttcap on this particular knife was angled, very much like the original concept drawing.

I had wondered about this for years, since you can definitely get that impression from this old pic in The DUNE Storybook:

I don't know how else to explain the extreme profile of the buttcap as it appears in this shot:

I decided to go back to square one and start again with a spare casting of the original crysknife, since I had significantly altered the shape of the knife during the first go-round. I got rid of the collar, reshaped the "hump" of the blade a tiny bit, as well as the blade/grip transition area, and modified the buttcap.

Deciding what the angle on the buttcap should be was a bit of a challenge, since its appearance changes throughout the scene, depending upon the knife's orientation relative to the camera. So it was best guess, basically. 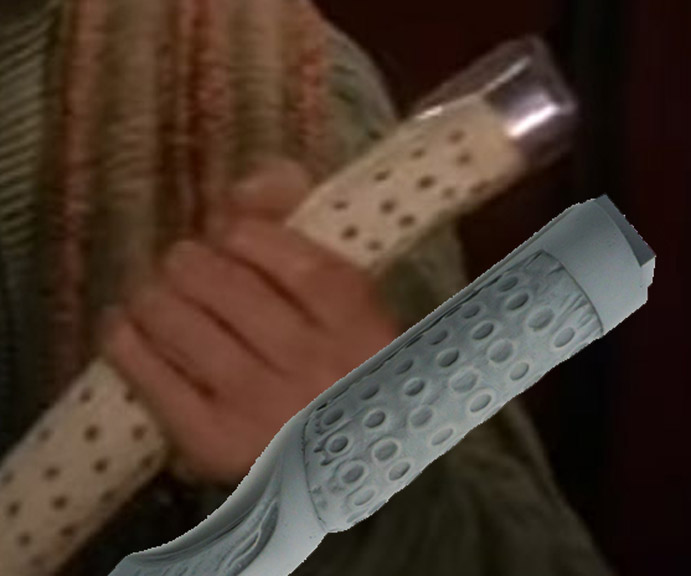 I also grafted a piece onto the sheath pattern and corrected the angle of the collar.

So I got those sorted and they were good to go.

Right after the revelation of the YouTube video, I also happened upon a pic of a screen used crysknife that had been auctioned off a couple years back.

My friend found the rest of the photos in the set and a google image search led to the archived auction page:

Those pics confirmed that the triangle on the buttcap definitely needed to be thicker. And in all of my staring at pics and watching of video clips I came to the conclusion that the blade was short on the casting that I got from my friend back in 2000 (which I had suspected for a while). Using this pic, which is of an alleged "blood FX" knife from the production...

...I scaled it up and confirmed it:

So I grafted a piece onto the end of the blade, did some reshaping, and rectified that discrepancy.

So then this one was good to go as well.

Anyway, the patterns shipped out this morning, so things are in play...

I don't suppose you plan to do a limited run of these?

jholt said:
I don't suppose you plan to do a limited run of these?
Click to expand...

That is the plan, yes.

Looking forward to it!

Great to hear make a great addition to any collection.

33 minutes ago
Too Much Garlic