Been working on building a Dredd helmet for over a year and want to finish it so I can wear it to a few conventions this year.

Before I can, there are the last few fiddly bits that are holding me back, so I would like to draw upon the collective knowledge of the RPF and ask a few....

1) On the production helmets, what is the width of the trim that runs around the bottom of the Dredd helmet? I've found references for the depth of raised areas, but not how wide the trim should be.

2) How can I mirror a design for the raised area on top of the helmet and make sure it's perfectly symmetrical?

After seeing guys in Judges costumes beating Microsoft branded zombies outside Eurogamer with rubber truncheons, I knew that I needed to put a costume together.

Discovered that in the comic universe there is a British Hall of Justice department and my mind became set on this design.

While researching I found this concept art for a helmet drawn by strangelysaucy (aka. baron_von_blonde on this forum) I liked how it captures the design from the comics, brings it into the movieverse and suggests that there's a standard model for helmet manufacturing that other regions riff on.

The pepakura file I used for this build was made by H1rg0n over on the 405th forum:
http://www.4shared.com/file/wAx4Y8cA/dredd_helmet_braced.html

This project was my first attempt at pepakura and this file was pretty simple to put together.
Plus it can look amusing when partially assembled. 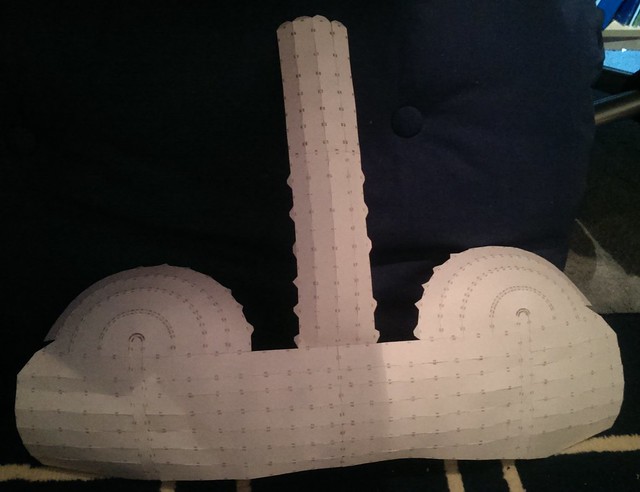 Used a glue gun to put it together which, while effective, caused plenty of fingertip burns and blisters from holding down tabs. 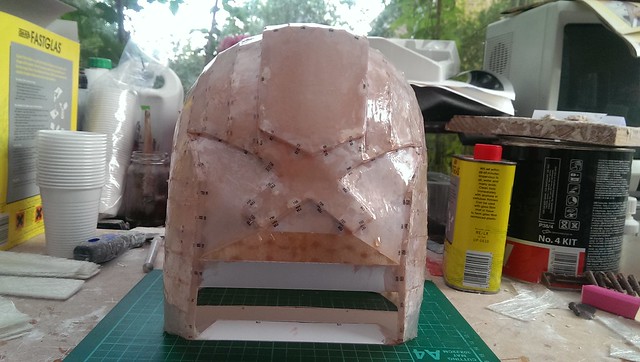 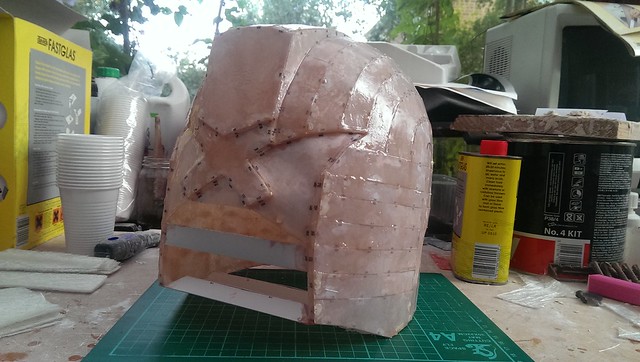 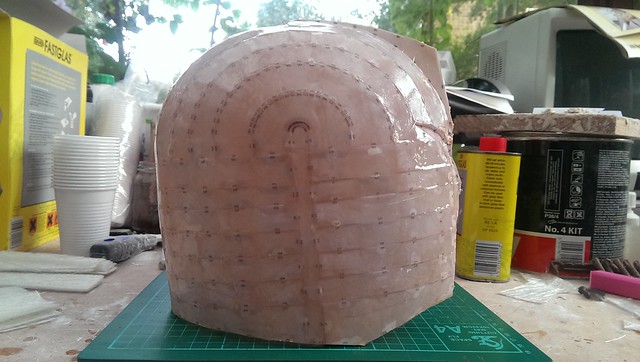 Glassed. The bracing on this file helped greatly to keep the shape, which was a relief after a disastrous first attempt (may post a few pics in comparison). 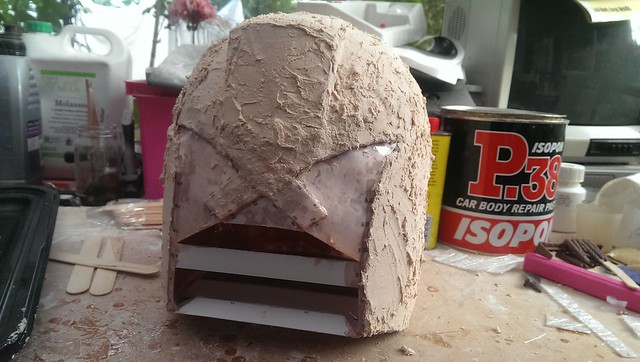 As you can see, my body filler application can be generously described as "sloppy." Lots of awkward little peaks that had to be ground down before any shaping could begin.

Bought a mouse sander after trying to shape this thing by hand became tiresome, which made the whole process much easier and quicker. 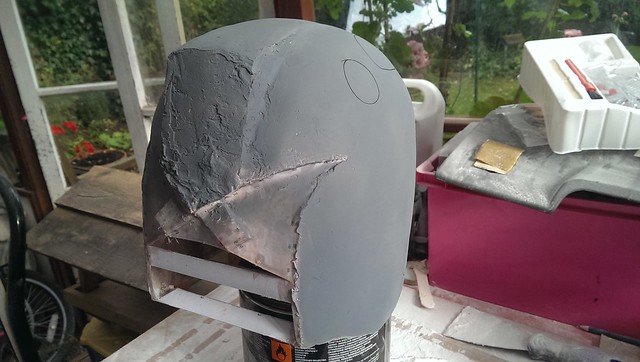 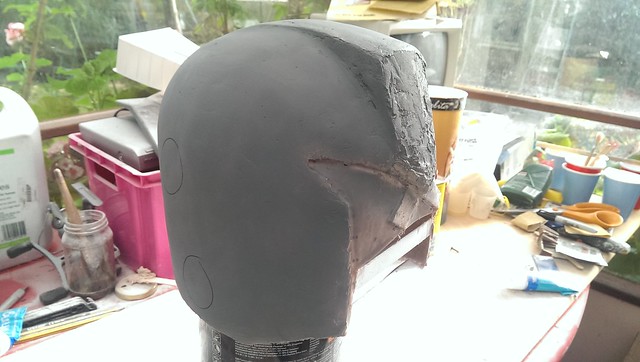 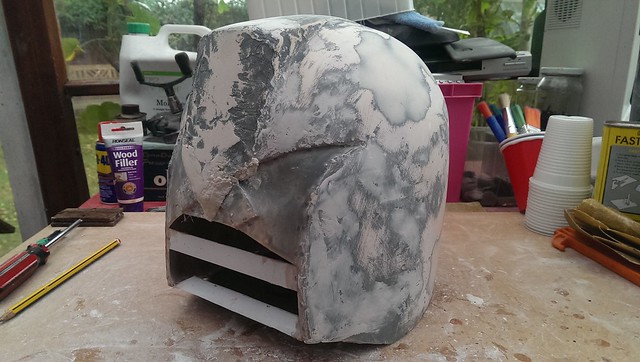 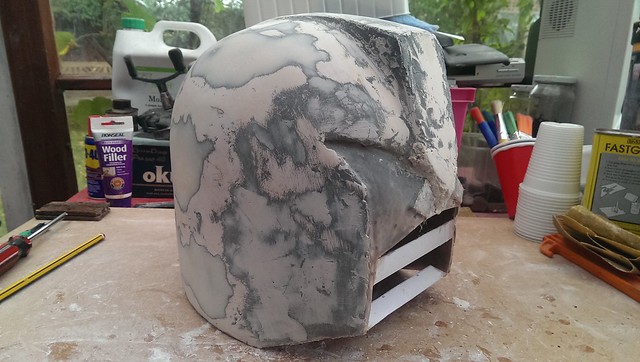 The angle of the cheeks will be altered, so I extended it down using a couple of extra bits of card. 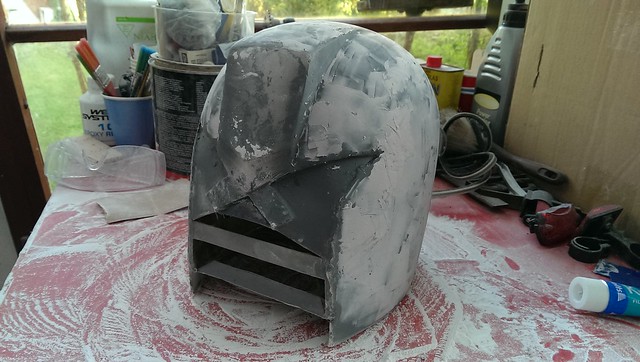 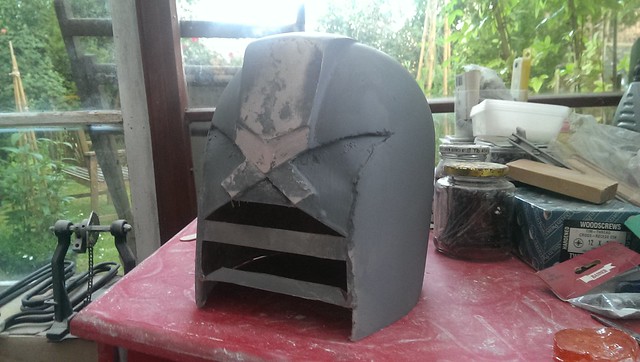 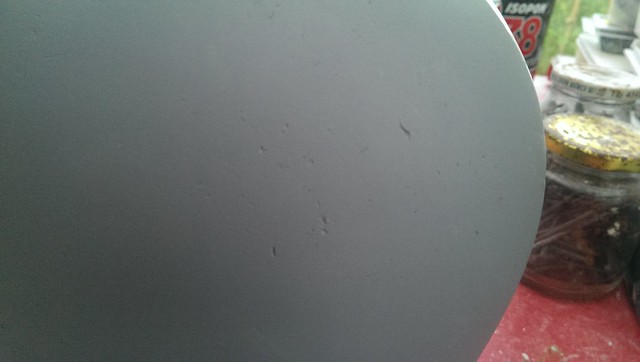 At this point the helmet is lovely and smooth. A consistent shape all over with only minor, almost unnoticeable, dips that need filling otherwise they'll annoy me. 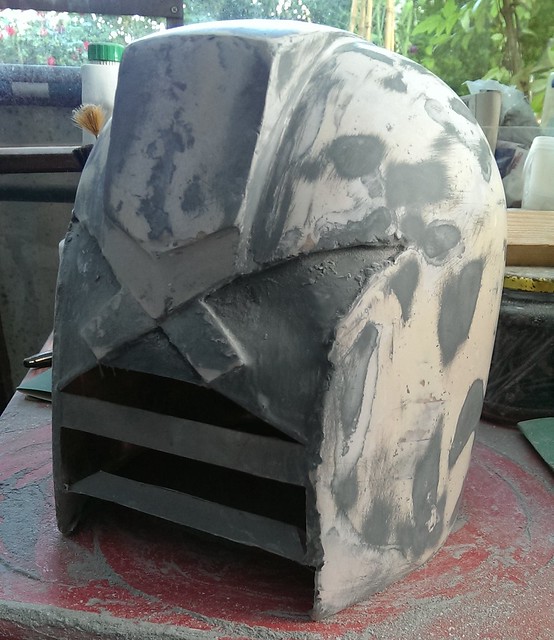 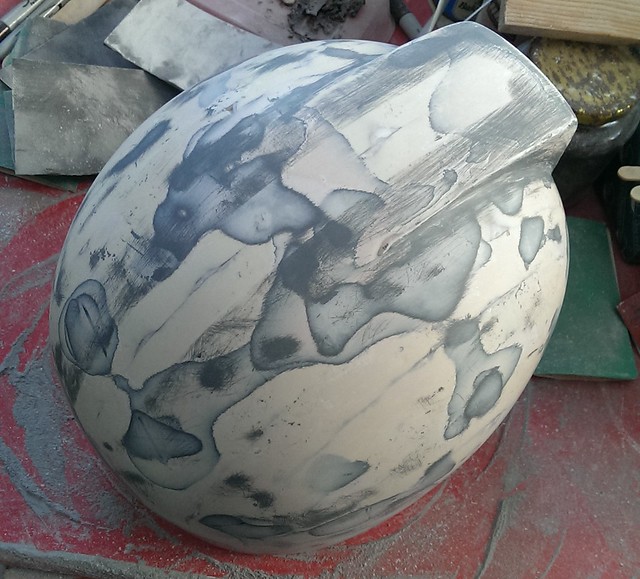