Dreadlock beads by my friend Amy

I commissioned my friend Amy of Sprite Creations to do the beads on my Predator dreadlocks. She does a lot of beading, such as necklaces, earrings, bracelets, and other jewelry, so I figured she'd do a good job with the dread beads. I don't think scary monster costumes are really part of her normal repertoire, but she was quite happy to do them.

She made the beads from Fimo polymer clay. Each of the beads has the "T" clan symbol, similar to the Scar Predator, on one side. The other side has a pair of antlers. I told her that my character is based on the comic "Predator: Cold War", and that my character has been in Siberia doing some hunting. So, the antlers are an homage to Siberian big game, as well as to my user name "Elkman".

Here are the pics:
Detail: 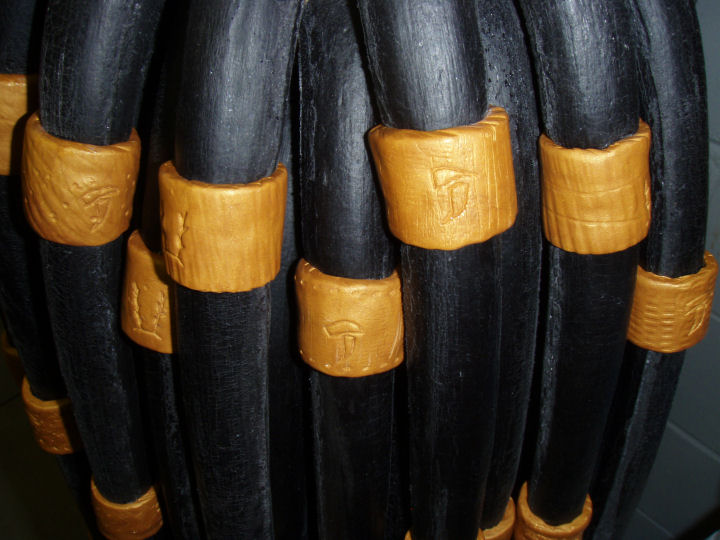 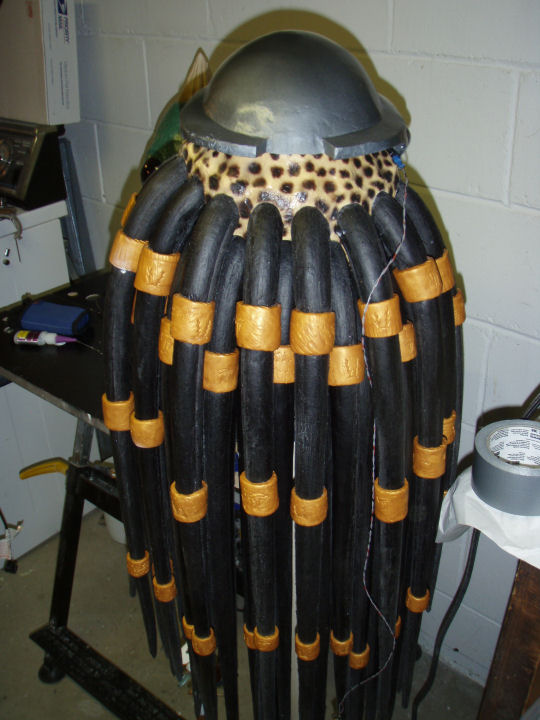 Front view, along with my biohelmet and the Sleestak mask that I made last fall: 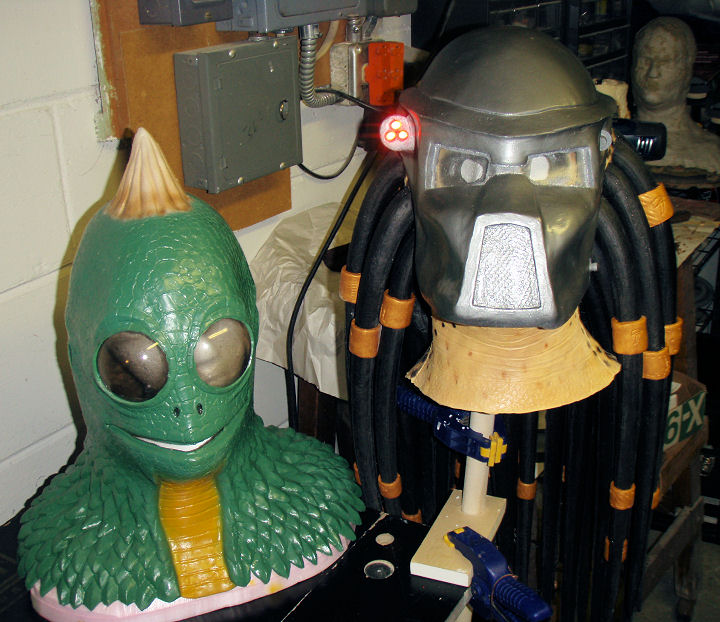 Side view, also with the Sleestak: 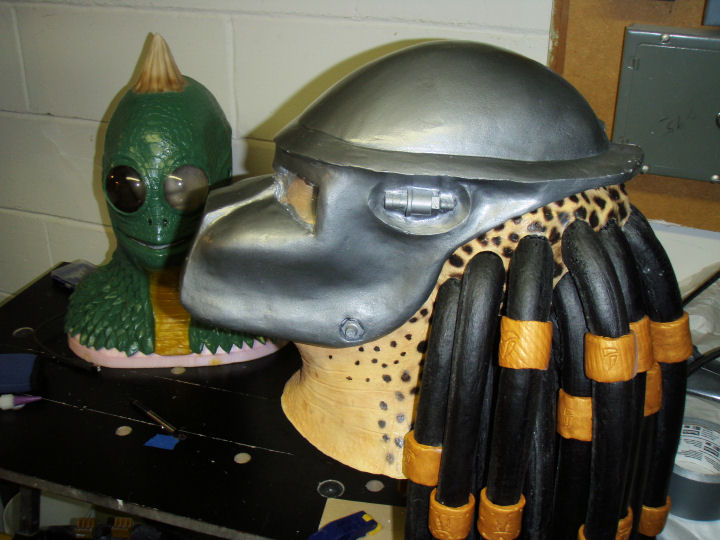 Those are molded in gold? Are you going to paint them to look like wood?

MasterAnubis said:
Those are molded in gold? Are you going to paint them to look like wood?
Click to expand...

The clay is gold, but it isn't really sparkly like gold. (Or like Edward in the "Twilight" series that all the tweens are smitten with.) I like the way the colors turned out, so I don't plan on painting them. Amy was thinking about painting a little dark brown acrylic in the recesses where she carved the "T" symbols and the antlers, to highlight them a little better, but she didn't have time.

I'll be taking this costume on stage Saturday evening at CONvergence, so it's just a matter of finishing up all the last-minute items and some assembly steps. I think the crowd will like my costume.

I wouldn't want them completely paint them either. I guess it was more like a question of are you going to highlight the little detail cracks in them.

An idea for the antler details would be using an ultra fine point sharpie to fill it in.