Hello, everyone! I have been a member here for a little while, and am very thankful for those of you sharing your talent through patterns and advice.

My husband and I are relatively new to the whole idea of cosplay, but we've been bitten by the bug and pull out all stops once a year for the local ComicCon.

I bought a sewing machine last year, and have been teaching myself how to use it. I've also bitten off a huge commitment for making costumes: the Con is three days long, so I have decided three costumes for each of us is eminently reasonable (!). In addition, I told a friend I would make her a Jedi Cloak.I just have to hem the cloak and stitch on the hook-and-eye closure and that's done...

My main concern is that I want to recreate the Benedict Cumberbatch version of the Doctor Strange character for my husband. I began by collecting as many different textured utility and woven materials as I could, that were in the same color family. I wound up with some fabric that I thought was going to work out, until I actually found 60+ photos of his shoot in NYC. It was then that I discovered 1) I believe there are at least 2 different capes- one for grubbing around on the ground, and one for fancy photo shots, and 2) that the fabric they used for is cape appears to be some sort of knit that has some sort of waffle patternish thing woven into odd sections, and 3) they seem to have cut the thing into what appears to be three sections, kind of on the bias....so it hangs better, maybe? I haven't found a photo that really gives me a good idea of how it's been stitched in the back, save for a shot where he's spending a bit of a break with his wife while on set.

At any rate, I'm at the point with the two materials that I have selected for the main body of the cape...and I realize it's simply not going to work because it's not the woven stuff; it's curtain-or-upholstery fabric. Curses! The only good thing about having to find something with a bit more of an open knitlike weave is that it will have that suitably Tibetan-esque feeling when I begin adding the trimmings and the braid along the edges.

I've nattered on enough- apologies. I'm a little nervous about this, because I wan it to turn out well. My question is: his cape is rounded along the bottom/back, but not along the sides. Does anyone know if I cut the material in a half-circle, will it give that cascade effect? Or do I need to cut it in a half-oval shape? Any ideas?

I dont think the cape is rounded, here are some photos to help you visualize the cap a bit more.

Thanks for your response! The reason I think the cape is rounded (at least at the bottom) is because of the way it cascades a bit- you can see it in the second photo from the left. Do you see how the cape edge ends mid-thigh, then sort of drapes in waves? You don't get that effect if it's cut in a rectangle. I have a feeling they rounded it so it flares and has more movement.

I think I'll keep an eye out at thrift stores for some double-knit fabric, and I'll experiment on different drapes and shapes. Once I do that, I can let everyone know what I found.

Well... I wish you the best of luck. You're taking up quite the costume here as a starting seamstress. I'm not doing it because I know I can't do it (and I don't have a sewing machine anymore). I hope it will work out for you!
T

Thank you- I know this costume is going to be quite the challenge. If I can find a decent knit, I think I have a chance.

A better chance than trying to replicate a BBC costume, at any rate! I tried to put together a War Doctor costume for my husband, and ended up stitching the waistcoat from upholstery fabric in order to fake the aging fabric. The gaiters still don;t look right.
M

I've just started to pull all of the pieces for this cosplay, found the perfect materials and currently have someone working on the 3d Modeling for a few pieces. (will post links to Shapeways when complete)
Also for the cloak I am using a heavy velvet and ironing in the patterning as opposed to using multiple designed fabrics of the same color.

Does anyone have any decent images of the rings at this stage?
Last edited: Apr 27, 2016
C

RPF PREMIUM MEMBER
I am going to start on this build as well. I have patterned the cloak and am in the process of evaluating fabrics and techniques to achieve the texture effects. Has anyone idenified the base shoe or boot. It looks to me as though the shaft is a custom add on to an existing shoe/boot, very much like how they did the starlord boots. Any ideas as to the base shoe?
M

Hi Wilhelm,
Did you go with a cloak that was flat at the bottom or curved?
Any chance I could have a glance at your pattern?

What material did u choose for the vest and undershirt
C

RPF PREMIUM MEMBER
It is absolutely a curved bottom, a flat bottom simply won't drape the way it does in the pics. I'll see if i can take some pics, when I have it all laid out. Here is a rough sketch that give a general idea as to what I think the shape is Moa Hunta said:
Hi Wilhelm,
Did you go with a cloak that was flat at the bottom or curved?
Any chance I could have a glance at your pattern?
Click to expand...

Can you tell me what material you have choose to use for the vest / jacket for the first time I noticed that on his jacket there is a different type of material that outlines his emblem.. your thoughts? I am trying to get this costume made and I was given the task of picking the material I don't know anything about doing that !

Can you tell me what material you have choose to use for the vest / jacket for the first time I noticed that on his jacket there is a different type of material that outlines his emblem.. your thoughts? I am trying to get this costume made and I was given the task of picking the material I don't know anything about doing that !

Hello everybody, I am also working on the suit and still trying to research the parts. I have been trying to figure out the extras before I get into the suit since it looks like nobody really knows what to do with all the details. I have contacted several custom outfit folks and all of them are terrified of this outfit. Luckily I know how to sew, so guess I will be doing my own work as well.

Will try to keep up with this thread as much as I can so maybe we can all help each other? I am curious about how do you iron the pattern? I have an idea in my head that may be the same principle as the ironing that I thought about trying, but would rather do something that makes more sense and not a random thought in my head lol.
M

Wow, calm down Rchan202, we don't check this every hour. One post is often enough.
For the robes underneath I am currently working with a quilted royal blue drill cotton that should come out ok.

If anyone is interested, My modeller has finished working on the cloak lapel pieces.
These should be available through Shapeways shortly. Currently only available in metal while we finalize design and go through testing stages.
These will be released in Nylon/Plastic later on if this model works
Left half (http://www.shapeways.com/product/6QN88CDWN/dr-strange-cloak-fixture-left-half?li=shareProduct)
Right half (http://www.shapeways.com/product/8CB5J6AAK/dr-strange-cloak-fixture-right-half?optionId=59812036)
Yes I'm away these should be different for left and right, no I don't have enough time to make the necessary adjustments.

Scouser said:
I am curious about how do you iron the pattern? I have an idea in my head that may be the same principle as the ironing that I thought about trying, but would rather do something that makes more sense and not a random thought in my head lol.
Click to expand...

I am able to do an iron pattern due to the fact that I am using velvet as my external material.
This will not be possible if you are using the heavier materials that are super accurate. (Looks like maybe a herringbone cotton or something, idk.) 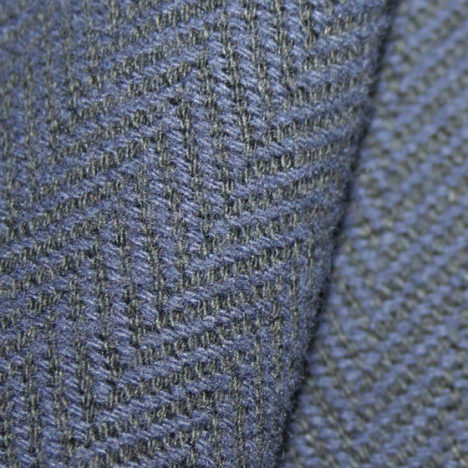 The velvet ironing pretty much squashes the light material to create a different reflectiveness/shade
To do this place your velvet on a 3d design and quickly and firmly so as not to melt the fabric, iron over it.
This will squash the velvet that sits on the design and leave the gaps.
(see http://www.threadsmagazine.com/item/4977/lush-embossed-velvet) 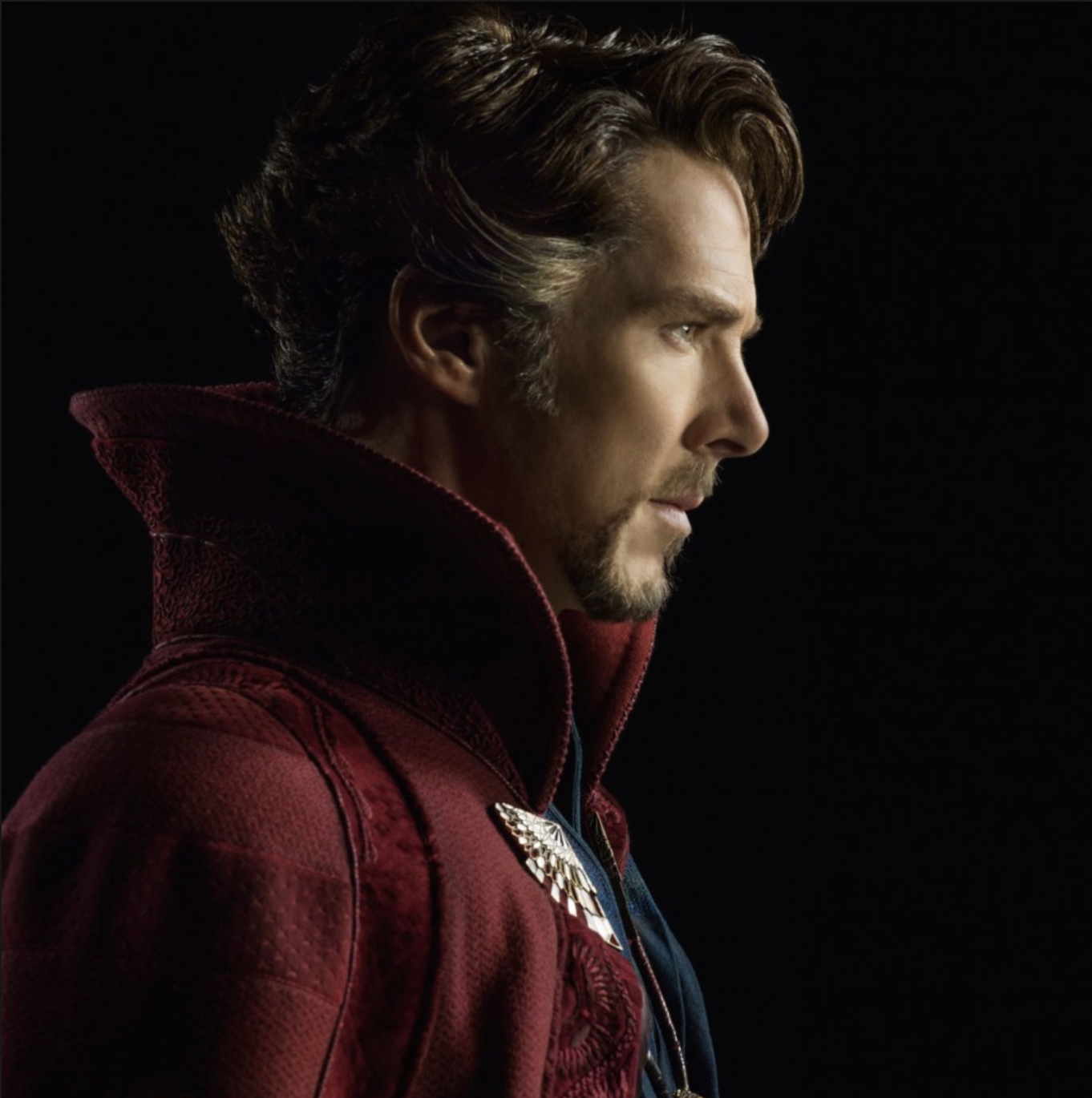 Ahh, thank you for the information. Very similar to the idea I had, just had not thought about how to execute it. I was thinking along the lines of wood burning, just not with that tool or actually burning at that high of temp... I also did not think about the type of material beyond velvet.

I did find somebody locally who is willing to try the cloak edge work for me in machine embroidery so I am excited about that. I just need to figure out the rest of it and how to duplicate it.

Wish I had bigger fabric stores locally so I could just find something close and go with it. I would be more than willing to toy with some techniques or ideas if I had a good lead on material. Hopefully I will have time to shop this coming weekend for materials.
M

rchan202 said:
I noticed that on his jacket there is a different type of material that outlines his emblem.. your thoughts?
Click to expand...

I thought I was going to be one of few who noticed the very light design work on there.
It looks like some sort of embroidery or something? I'm not too certain but the cloak sits over it so I wasn't going to worry about it.
M

Scouser said:
I was thinking along the lines of wood burning, just not with that tool or actually burning at that high of temp... I also did not think about the type of material beyond velvet.
Click to expand...

You can do it this way fairly easily but great to hear about the brave soul doing the embroidery!

RPF PREMIUM MEMBER
I have been trying to figure out what the base shoe used for his stuff is. It looks like there were some added blue fabric strips going through some D rings. But I am sure that is an alteration to the original shoe.
M

Does anyone have any ideas for base shoes? Maybe a link to an store that stocks similar?

Thursday at 5:04 AM
Mystery