Riceball said:
WDW News went again on their own dime and the summary was that it's a lot of fun, they had a great time, However, despite that, it's not worth the money. They also think that eventually there will come to a point where reservations will start to slow down and Disney will start offering discounts.

Yeah; I don't always agree with Tom Corless of WDWNT, but I do trust him to be honest. He's definitely not shy about crying foul or raking the company over the coals if he thinks they've done something wrong or foolish.

Another one I believe to be trustworthy is Len Testa of Touringplans.com (Len is also co-author of the The Unofficial Guide to Walt Disney World). He was among the first public "sailing" and has weighed-in on The Disney Dish Podcast found here. While he found a few minor annoyances, he clearly was very impressed, saying what he experienced was far beyond anything he has ever previously experienced with themed entertainment -- and given this is how he earns his living, that is saying quite a bit. Indeed, in relating their experiences on the podcast, he is clearly audibly choked-up in a couple of instances, something I've never heard with him before, and I've been listening to him on various podcasts for at least 15 years. I'd normally describe him as playful but fairly cynical and somewhat jaded, so this was really somewhat startling to hear. He says the real value is found in doing all the side quests -- anything a cast member suggests you do during your stay, you should do it, even if it is just something they mention that you might consider doing -- because those things can and will affect things that you might get to see or do later. He also said you can and should create your own backstory going in, because when you tell parts of it to cast members, they will remember it and take note of what you tell them and refer back to moving forward. He, for example, created as his character a man named "Hank Lonely," a film maker in the Star Wars universe who created a nine-movie saga that is identical in its details to to the nine movies we have, but which were called in-universe the Space Robot Warts in Space (IIRC) -- and which, in-universe, virtually no one bothered to see. When he visited Batuu at Disney Hollywood Studios as part of the trip, he ventured out of Batuu into the rest of the park and decided to incorporate that into his story as well, telling cast members that he had discovered another territory outside Batuu that was ruled by a pair of large rodents. Because he did every side quest offered to him, he and his sister got to experience a private event at which he said only about eight other guests were able to attend, and it is what he got to see there that that got him so emotional. If you're interested in that, listen to the podcast linked above.

His final take, when asked whether it is worth $5,000, was this: If you're in the US and you've already traveled quite a bit and seen this country and Europe and maybe whatever your ancestral homeland might be, and if you can come up with the money to do so, it is absolutely worth the money, being far beyond Universal's Diagon Alley, which he considered his previous benchmark experience.

I have to say, hearing Len describe this -- a much, much more immersive experience than the initial itineraries I read led me to believe would be the case -- makes me wish I could justifiably afford to do this, whereas previously my attitude was that I would do it if someone handed me the money on the condition that I not use it for anything other than this.

One more note -- Len said that this is the single most re-playable experience Disney has ever created, since the outcome is so malleable based on what you choose to do along the way -- but the irony is that few will be able to afford to do it more than once, even among those who can pull it off at all.

Halliwax said:
Just learned when you go to batu you can’t leave bath and visit anywhere else in the park…

I was kind of trying to justify that you get to visit the park as well.. but realistically you’re just in batu..
Click to expand...

That isn't what I've heard (see my previous post).

Another detail I've heard is that there are cast members at the hotel that play certain characters, naturally. The building which houses the Halcyon has three floors, with the two lowest floors making up the guest-accessible "decks." The top floor is cast members, who live there for each "cruise" so that guests get the same cast members playing their characters throughout their voyage. Another related wrinkle is that guests can't just check in any day of the week -- a new set of guests can only come in every three days (or whatever it is), so everyone can experience the story from start to finish. These are additional factors that play into the very high cost of staying there.

RPF PREMIUM MEMBER
We are scheduled for late September. You dock at Batuu on the 2nd morning and I Believe you must depart by 4:00 for return shuttle to the Halcyon.

At the family and friends event all the cast members where there (2 of each)
In preparation for the opening some hadn't seen there families in several weeks. 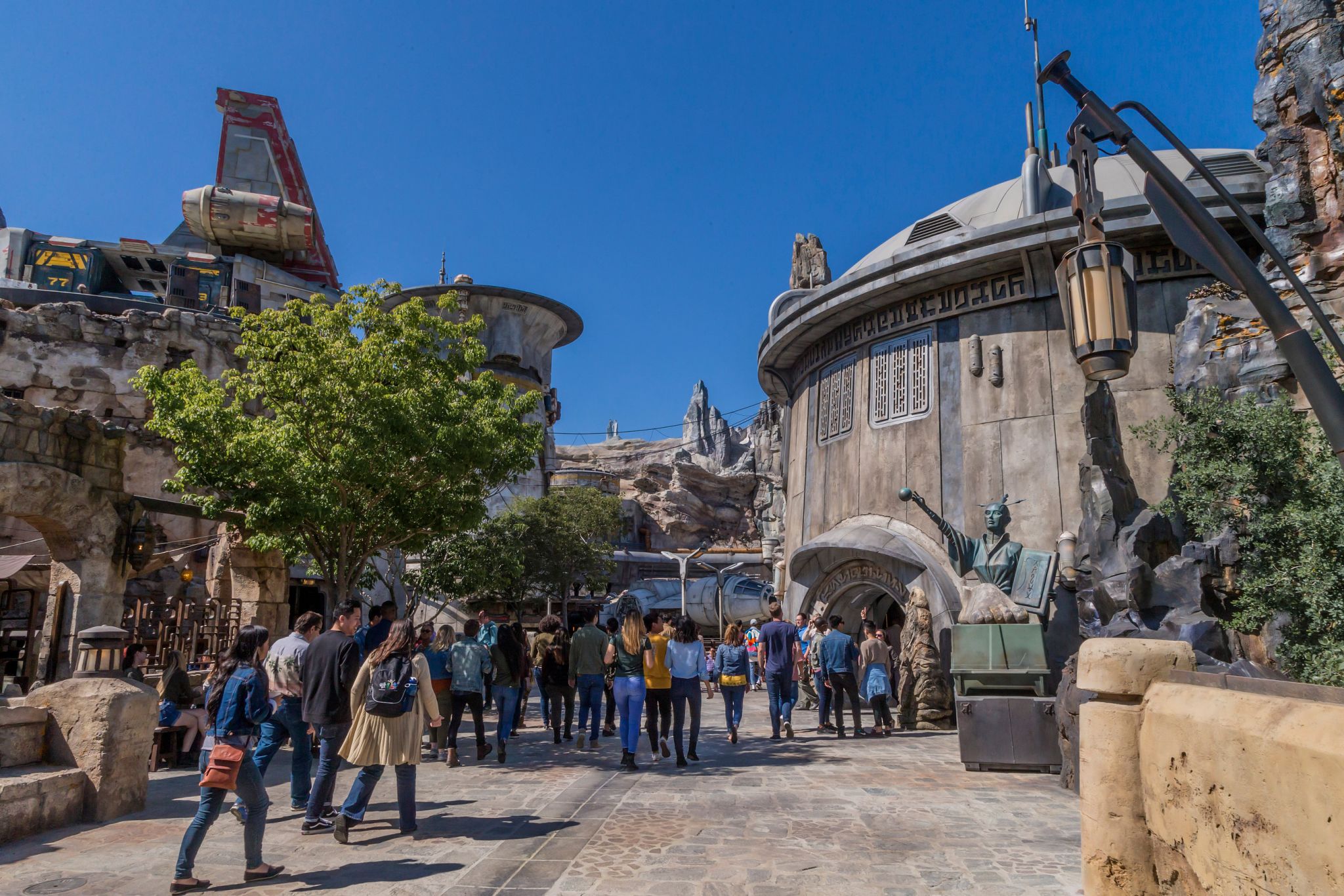 Apparently, The Mandalorian is coming to Galaxy's Edge.
But ... does that mean a change of era? OT Stormtroopers instead of ST?

Apparently, The Mandalorian is coming to Galaxy's Edge.
But ... does that mean a change of era? OT Stormtroopers instead of ST?
Click to expand...

No, in practice it means Fennec and Boba alternate walking in a circle around the marketplace so folks can take selfies with them. The other characters don't acknowledge them. Why they couldn't just reopen Launch Bay and have them meet-and-greet there is beyond me.

On one of the cruises:

Apparently, The Mandalorian is coming to Galaxy's Edge.
But ... does that mean a change of era? OT Stormtroopers instead of ST?
Click to expand...

alienscollection.com said:
On one of the cruises:

I'd be wanting to keep the Ice Cream maker for that price.
Tnose drinkies look like Tiny shots..

Are they laced with some halucinagen to make you think you have had a great time?
Till your credit card bill arrives that is

Mottrex said:
I'd be wanting to keep the Ice Cream maker for that price.
Tnose drinkies look like Tiny shots..

Are they laced with some halucinagen to make you think you have had a great time?
Till your credit card bill arrives that is
Click to expand...

I think if The Halcian was on a Super swanky ship the experience could be so much more surreal.. Imagine being boarded by Ice Pirates or Moff Gideons Tie Fighter appearing on deck.
Imperial Troopers flagging you down at Sea!
I bet there was a way to have Starship flying overhead too.. Or a clever Holo ceiling...

Damn I'd go on that Cruise
M

alienscollection.com said:
On one of the cruises:

If I only had more money than brains...

I’m not one of these “Fandon Menace” people, I like some of what Disney has done, but there’s no way in any Galaxy I would pay for any of these exorbitant experiences they’re cranking out. This is a franchise about underdogs, and yet they’re pimping every experience out to the highest bidder. It’s a very cynical outlook lately, and it’s why I’m a DIY’er and generally not a buyer of much that they make.

Sorry for the mini rant. I should be sleeping.