Did we ever solve the mystery of Luke’s lightsaber return?

RPF PREMIUM MEMBER
Years before TFA, my in-universe thoughts had been that this (below) was actually the surviving remnants of the Skywalker lightsaber…

…that Vader had the broken pieces of the hilt retrieved from the bowels of Cloud City where he reassembled it and gave it a look that was closer to his MPP and he was essentially wielding his old saber again in ROTJ.

Even that makes more sense than what we saw in the Sequel Trilogy.
Last edited: Jul 5, 2022

Bite your tongue. Eartha Kitt, all the way.

I will respectfully disagree but to each their own. What a generation though, right?

Unless, of course, it's to lead the audience by the nose in an effort to generate audience engagement with what is actually meta-narrative material that is ultimately ENTIRELY UNIMPORTANT to the core story.

The problem with the Luke's sabre example is that it basically FORCES an analysis of "WTF? How did this come back?" How exactly did anyone retrieve a severed hand and lighsabre from the core of a ****ing GAS GIANT pray tell? Hand-waiving (get it?) it away as unimportant is both factually accurate (it isn't important to the narrative) and maddeningly evasive (it breaks the established world's "rules" without explaining how/why), and does so for no real purpose other than to re-introduce a piece of nostalgia that is itself fraught with all manner of meaning.

And none of it matters. It's purely to manipulate the audience. It's got zip to do with the story that you couldn't accomplish with the lightsabre of [other Jedi]. If you want a callback, it could be Qui-Gon Jinn's lightsabre, or Mace Windu's or whatever.

But introducing an item that necessitates an explanation even as it refuses to offer one, that's pretty galling. That's JJ's "mystery box" BS as it's lowest.

It is still not conclusive that the hand with the saber is what we see falling. For all we know the hand just landed at the bottom of the tube and stayed on Cloud City.

Which would still necessitate an explanation for a thing that's ultimately entirely beside the point.

Questions for the sake of raising questions.

RPF PREMIUM MEMBER
Still on this? Luke's hand was cut off a good couple minutes before he steps off the gantry. Where it goes, we do not know. It is not with Luke as he falls, it is not with Luke anywhere in the specific debris-clearance tube he slides through. Watch the first ten seconds of this. In slo-mo. When the doors open, nothing falls out except Luke. As he falls to land on the weathervane, nothing falls with him. He lands on the crossbar and nothing falls past him. He looks down and sees how much nothing there is under him, as well as a piece of debris. Any place that has ventured an ID has held that it was part of the weathervane, broken off by Luke hitting it. No official source as ever said it was his hand/the lightsaber/both.


I had always wished that he had it on his belt when he went into Jabba's palace, only to have it confiscated when he was captured, and then the reveal that he had built his own would've had even greater impact. I remember, at five, when I saw ESB, registering Lando saying the Empire was taking control of the city (cue citizens panicking, including ice-cream-maker guy). I just figured it was too dangerous to go back and retrieve it wen I didn't see him with it in ROTJ. I never felt it was "lost".

I'd also like to point something out I think a lot of people miss. Cloud City is a bit over ten miles across. Ten miles. That central spar and repulsorlift bulb are big. Whatever is still visible falling that far is probably substantially bigger than a hand clutching a lightsaber. And what is the "fluttery" bit hanging off the rod-shaped bit? Luke's hand got cut off clear of his sleeve. 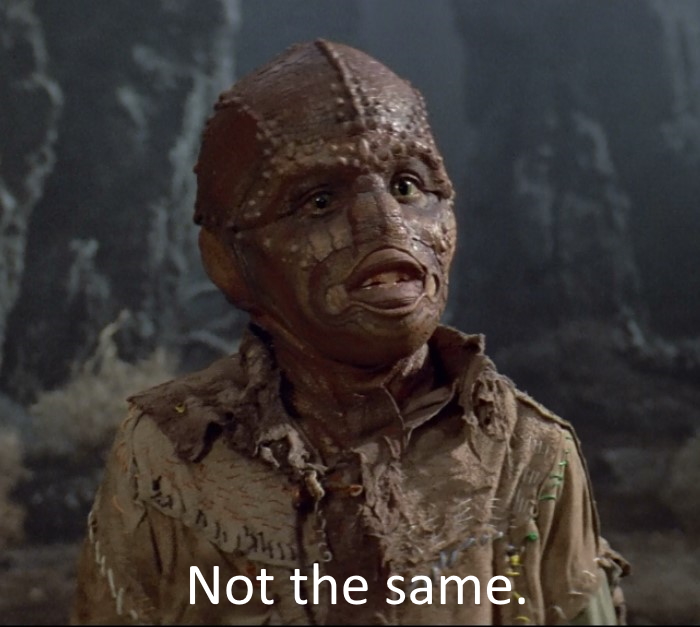