Hi, I've been looking at the Field Marshal DH-17 Blaster and I thought about how I could mix and match pieces from his various kits to make a pretty accurate replica of the blaster as it appeared in The Empire Strikes Back and fortunately thanks to his extensive array of blaster kits several of the greeblies and such are accounted for, however there are a few that aren't available there and I haven't been able to fully identify which is why I'm asking for help.

Thank you to Darth Lars who posted many good photos of the props many years ago, I've used some to show the parts I'm looking for, I hope you don't mind.

First greeblies are the 5 round parts, they look a bit like regular metal bolts.

Next is this thingy, there is one on each side of the Blaster, I think I've seen this one on other props before but I cant quite place it.

Next up is this part, I believe it may be the same part on the back of the blaster but it looks slightly larger, this may simply be due to perspective though. 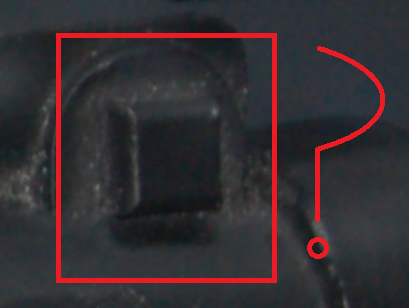 Next is this, its a relatively simple piece, looks like it shouldn't be too hard to replicate if it cant be found.

Any help would be appreciated.

Yes on both counts! There’s a cut down camshaft from the Revell 1/4 scale Visible V-8 model: 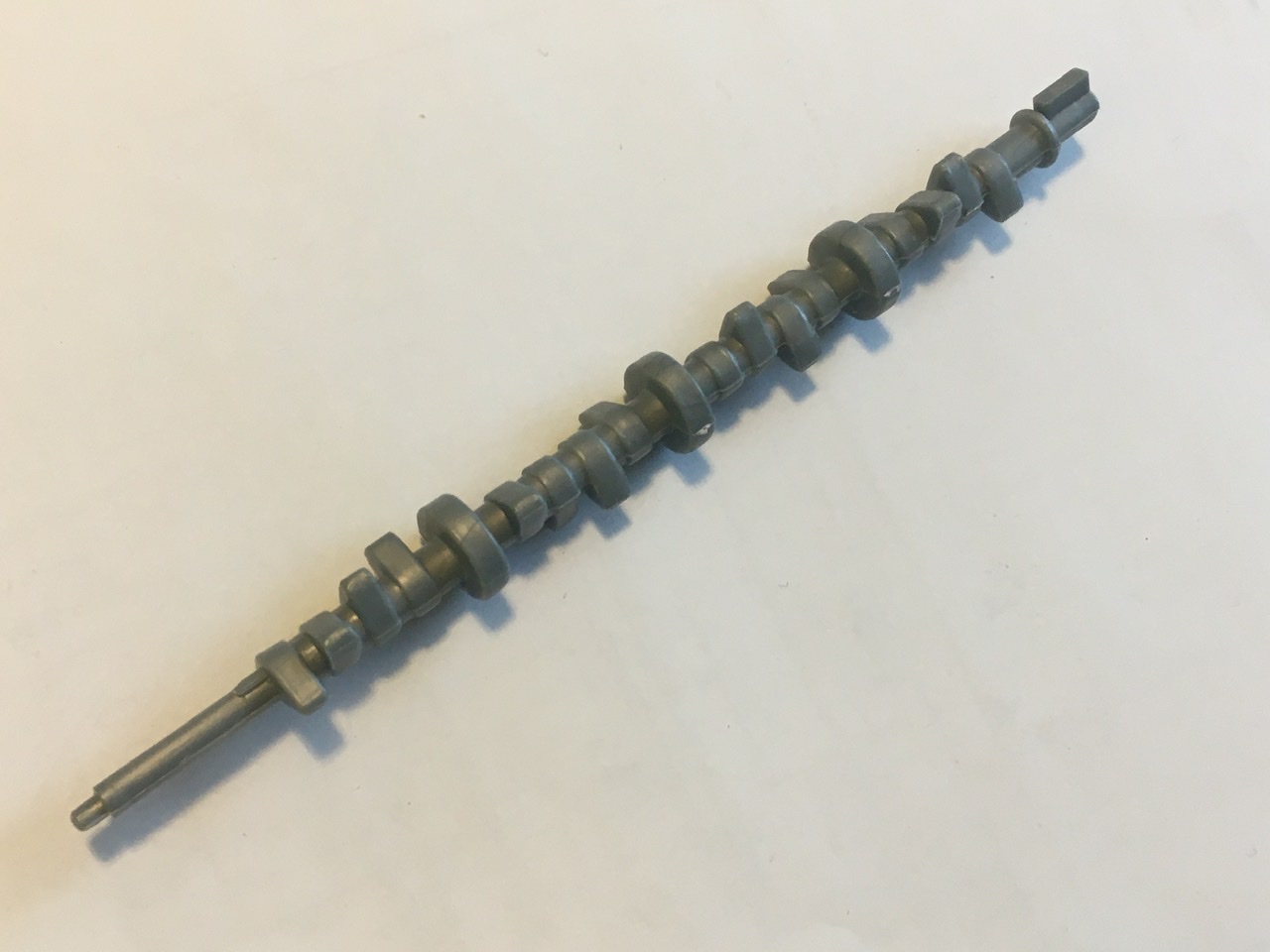 … and one of the parts that make up the sidewinder missile from the Revell 1/32 scale F-4E Phantom II model: 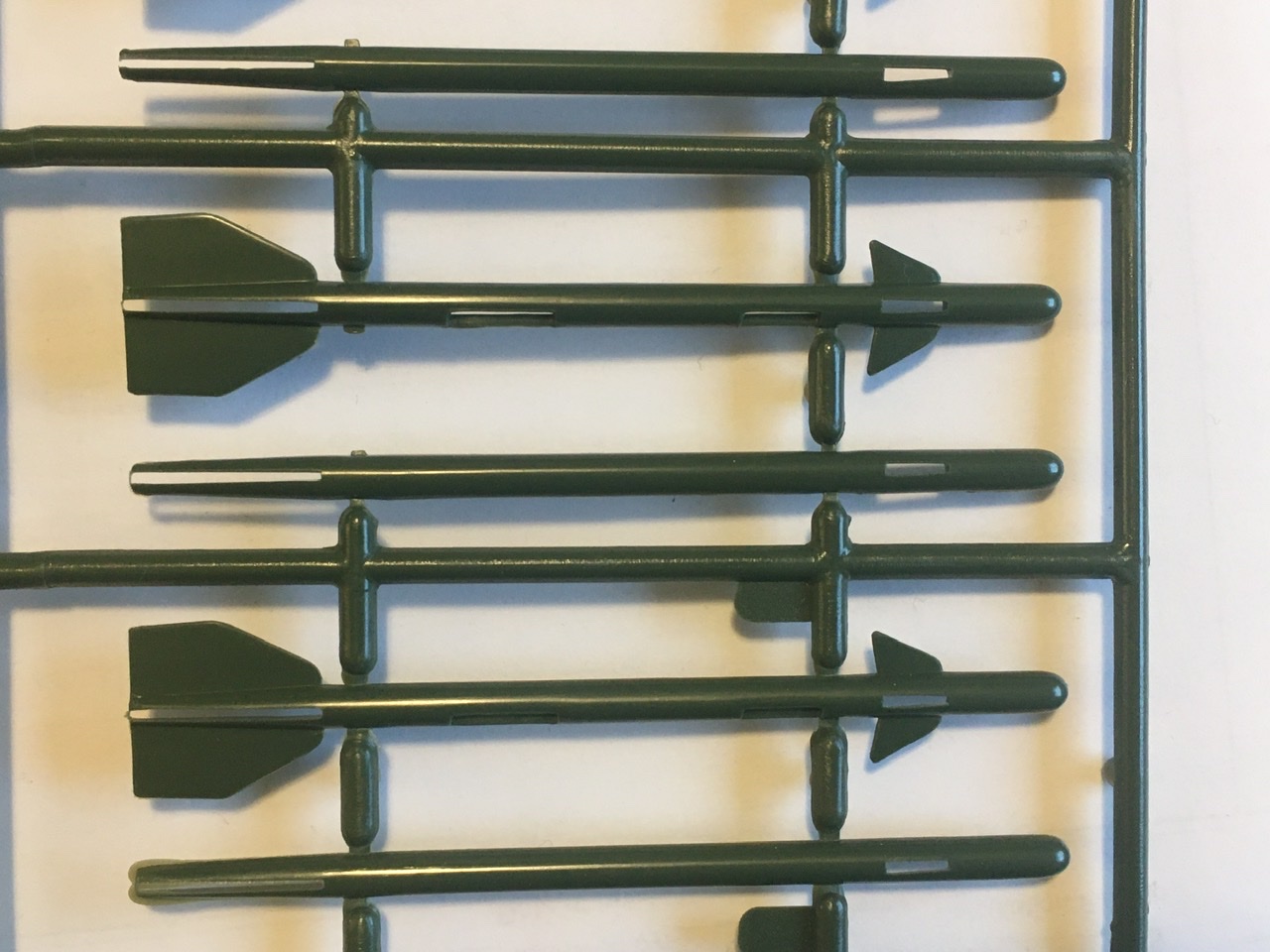 Cantina_Dude said:
Yes on both counts! There’s a cut down camshaft from the Revell 1/4 scale Visible V-8 model:

… and one of the parts that make up the sidewinder missile from the Revell 1/32 scale F-4E Phantom II model:

That's Brilliant!, Thank You, I've seen that they still make the Visible V-8 Model, are the model parts the same or have they been altered over the years?
Last edited: Feb 23, 2022

There are also Phantom F4E parts on the trigger assembly, on both sides.

The square buttons were most likely self-adhesive rubber feet, but finding the exact right types might be hard. The ones on the magwell are definitely larger than on the rear sight.
The round buttons might also have been rubber feet, but I don't know.

The scope rings are most likely the same as in ANH. I don't think those have been identified.

As far as anyone knows, all of the ESB DH-17 blasters were cast whole with scope and all greeblies, with nothing added onto the resin casts afterwards. There is a small knob at the tip of the scope on some blasters, and it has been speculated that it could just have been the remainder of a pour spout that hadn't been cut off cleanly.

(None of the picture of the original ESB blaster are mine, but thanks anyway. If a pic appeared in a thread, it must have been one that had been posted on this board before)
Last edited: Feb 23, 2022

Thanks for the info, the Phantom F4E parts and the small rubber foot are available on Field Marshal thankfully.

The Parts of Star Wars described the Scope Mounts as ' 1'' Scope Rifle Mount Ring - Low' so I typed that into EBay and I found them!, at least ones that look similar so I assume the parts are still generally available which is great!

RPF PREMIUM MEMBER
Yes to everything! I dont remember the round dots but those square bumpers were POPULAR back then. I've found them on the back of a lot of calculators.

The square included with Field Marshal's Luke Dagobah DL-44 appears to be the right size and shape I think.

Looking at rubber bumpers online there are small round ones that look very similar to the round things on the Blaster.

RPF PREMIUM MEMBER
Yep... they have the flat ridge around them. They're bumpers!

Now, these are the only photos I have, it's of the metal "slapped together" hero with rivets and patches all over it. Different scope rail, different scope rings, etc. So this is not helpful..... I need pictures of this thread's blaster. 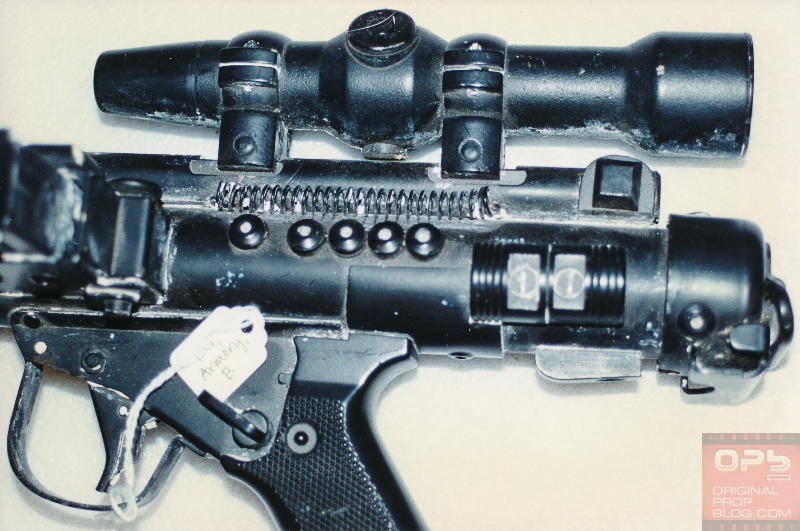 The one you inquired about...ESB DH17. I replied to your PM

RPF PREMIUM MEMBER
I don’t have a pic handy, but the “small knob” at the top of some of the scopes is a bit of diffuser material, same as used in the scopes of a lot of blasters, often in the eyepiece (see stunt DL44s).

Now, these are the only photos I have, it's of the metal "slapped together" hero with rivets and patches all over it. Different scope rail, different scope rings, etc. So this is not helpful..... I need pictures of this thread's blaster.
View attachment 1549805

See what I mean by the different bumpers and different dots. It was made for Jedi. Jedi bumpers and Jedi pistons.
Click to expand...

The dots on that one look an awful lot like the pins from a guitar bridge...