Slowly building up my Lost Clan collection. First up: Shaman 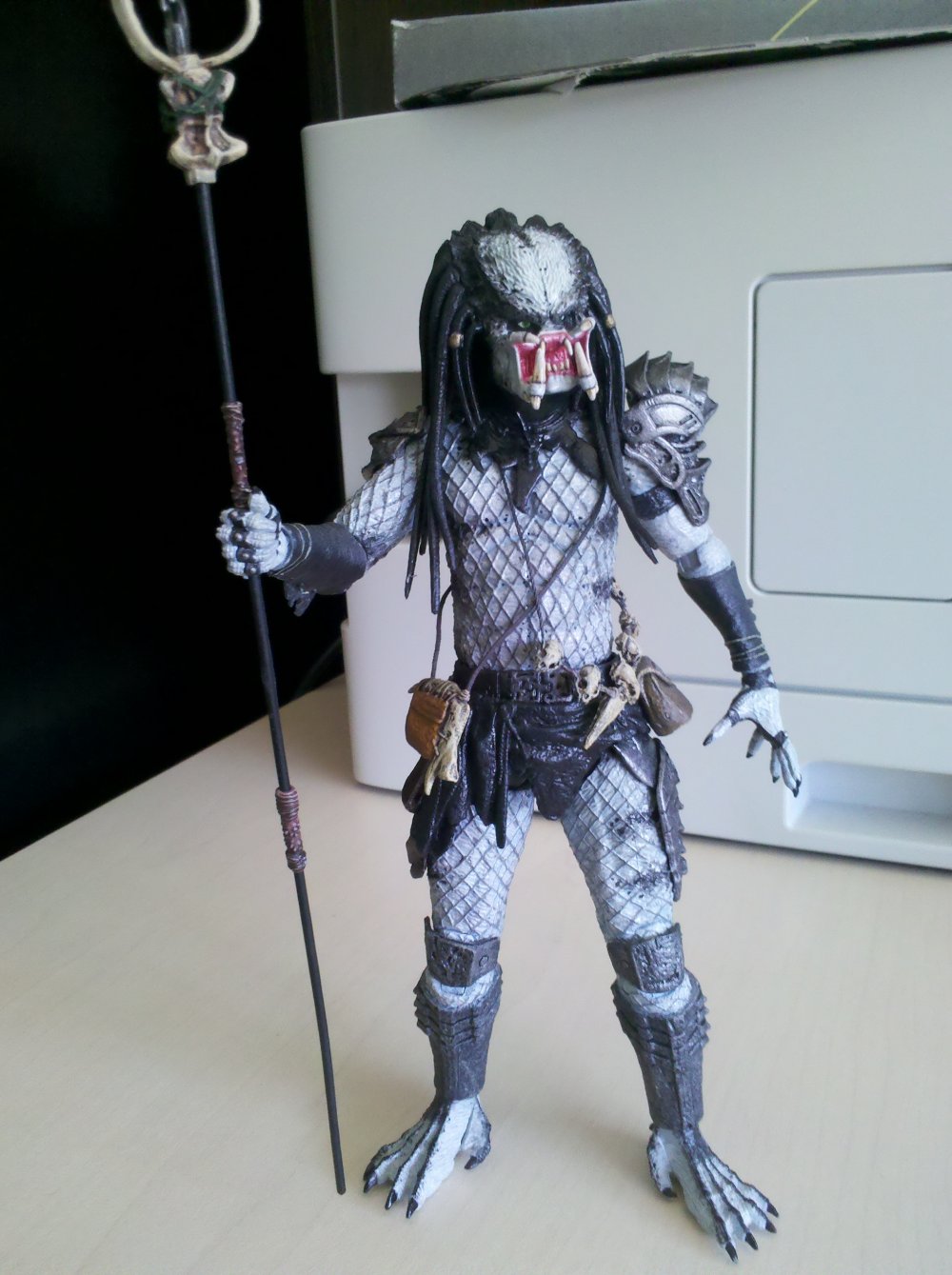 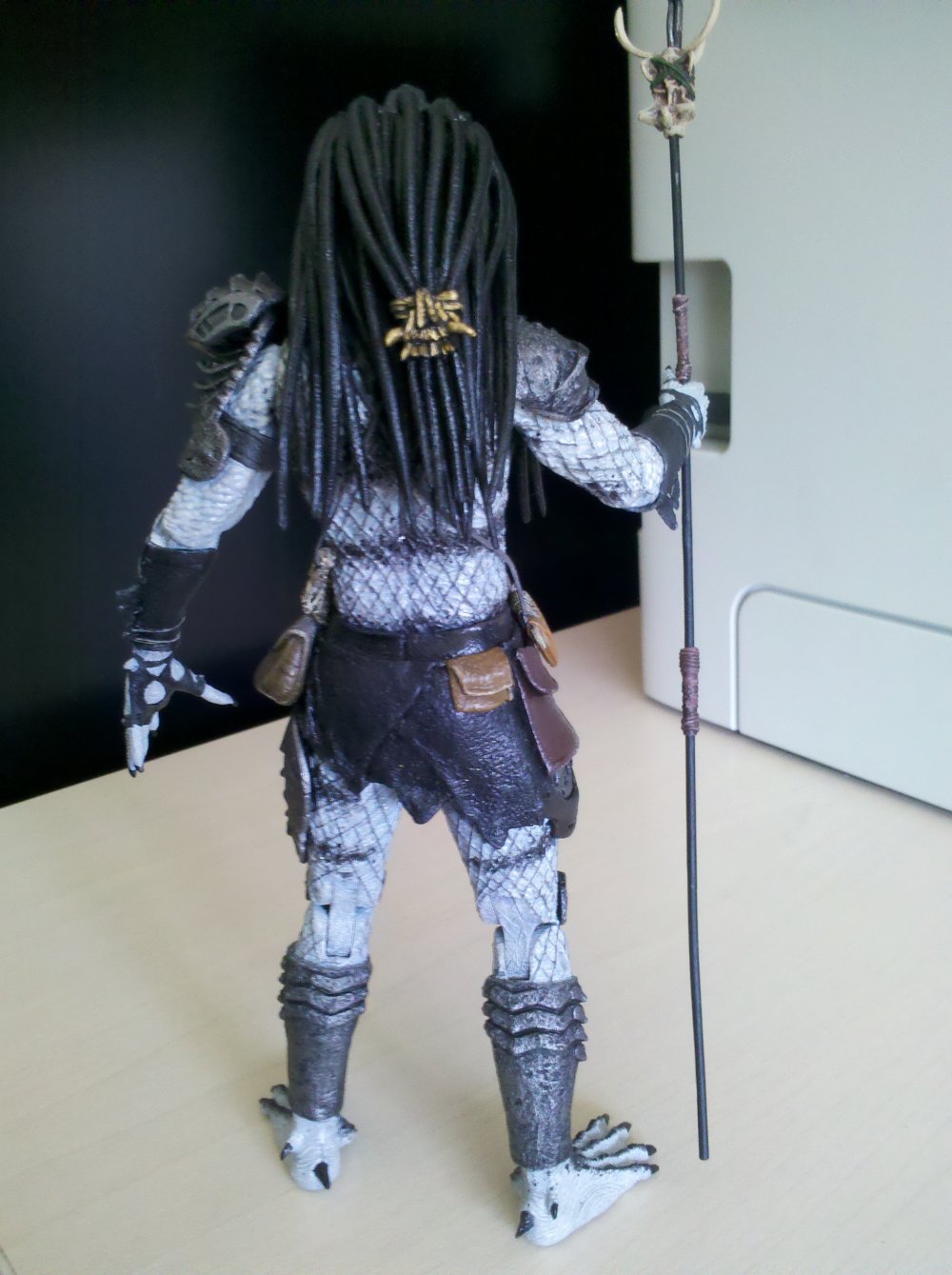 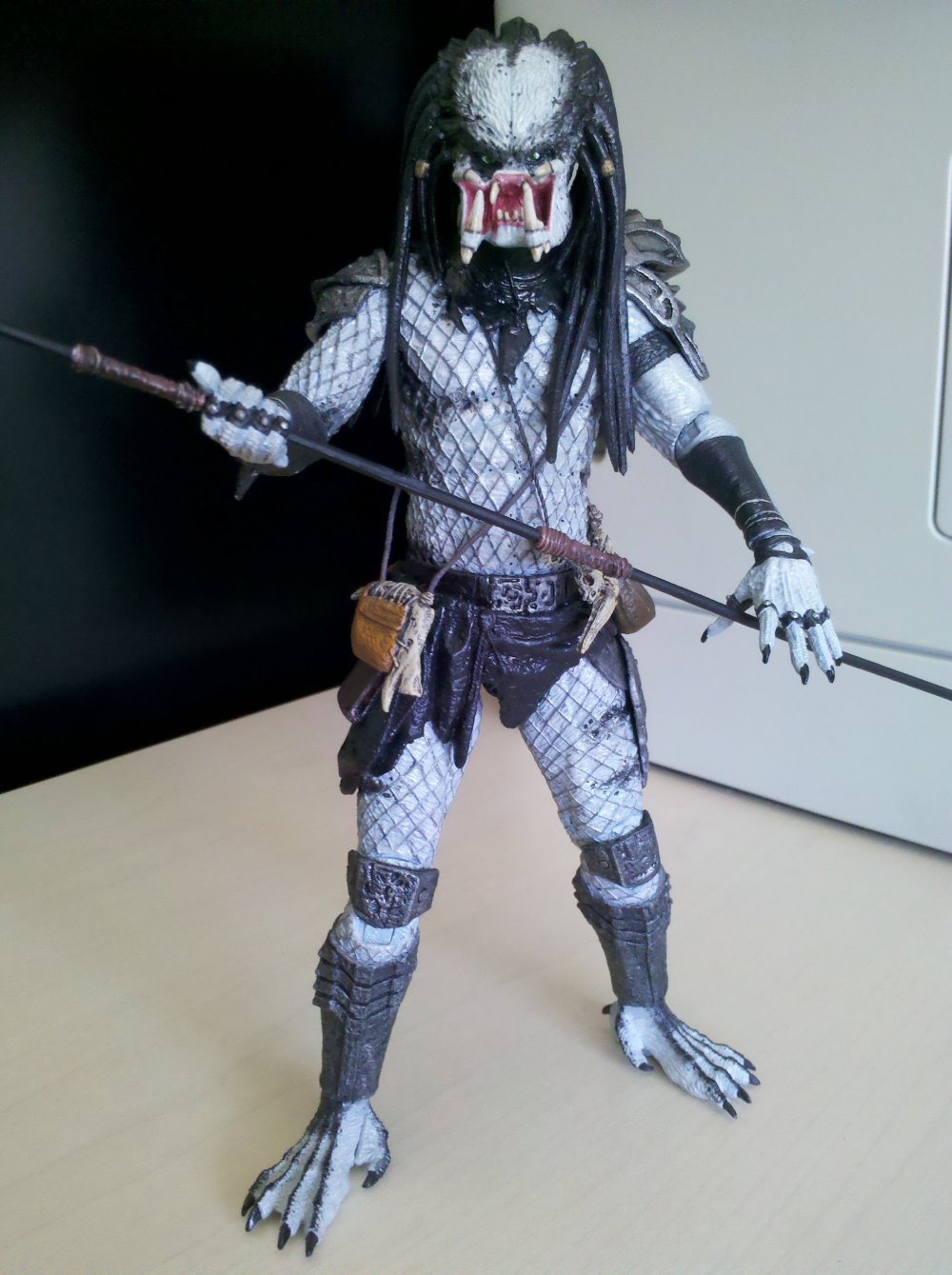 I cannibalised a Boar for the hide trophy across his chest and for the more posable torso+legs. The staff is from a Raven Spawn figure. 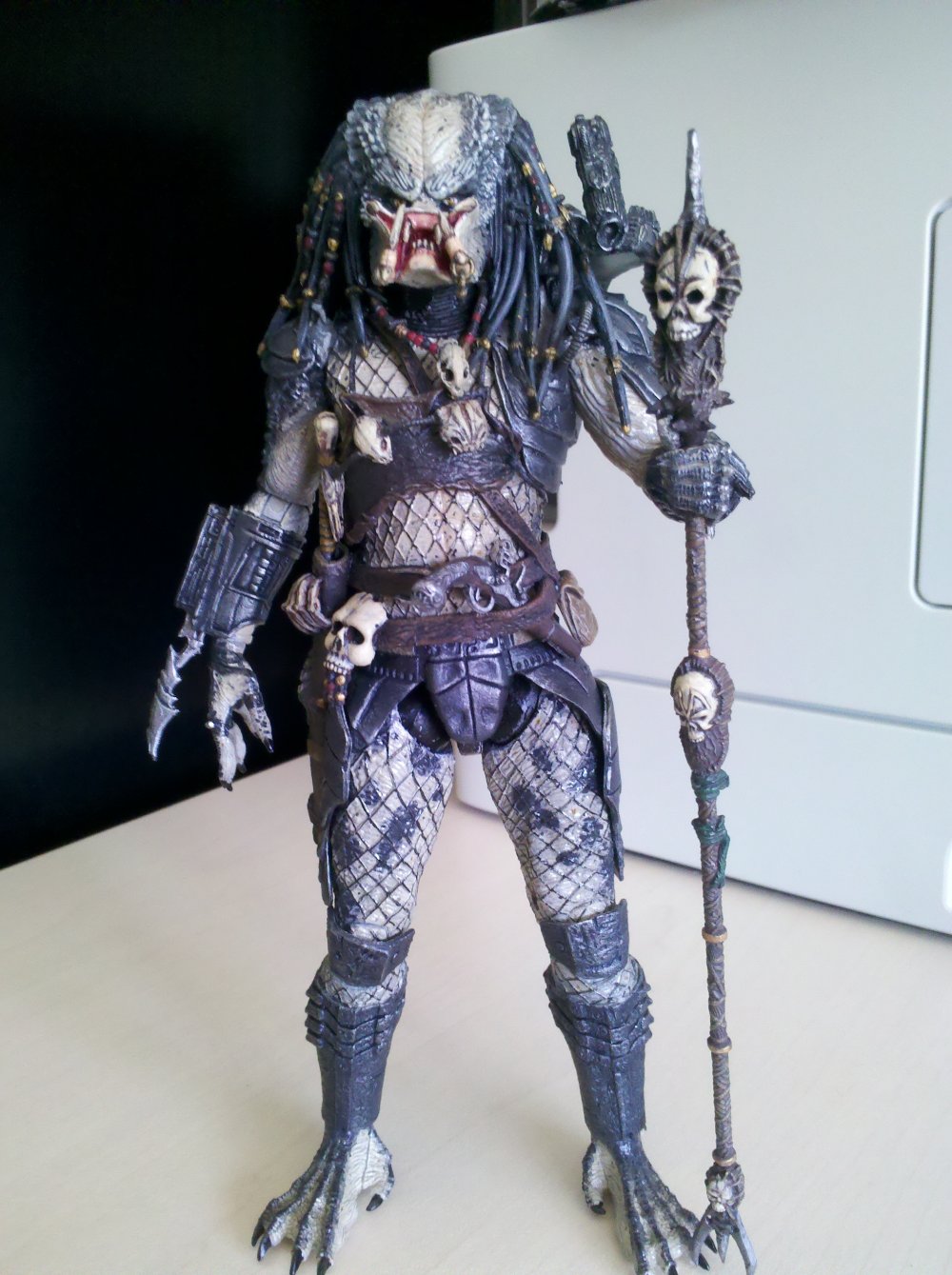 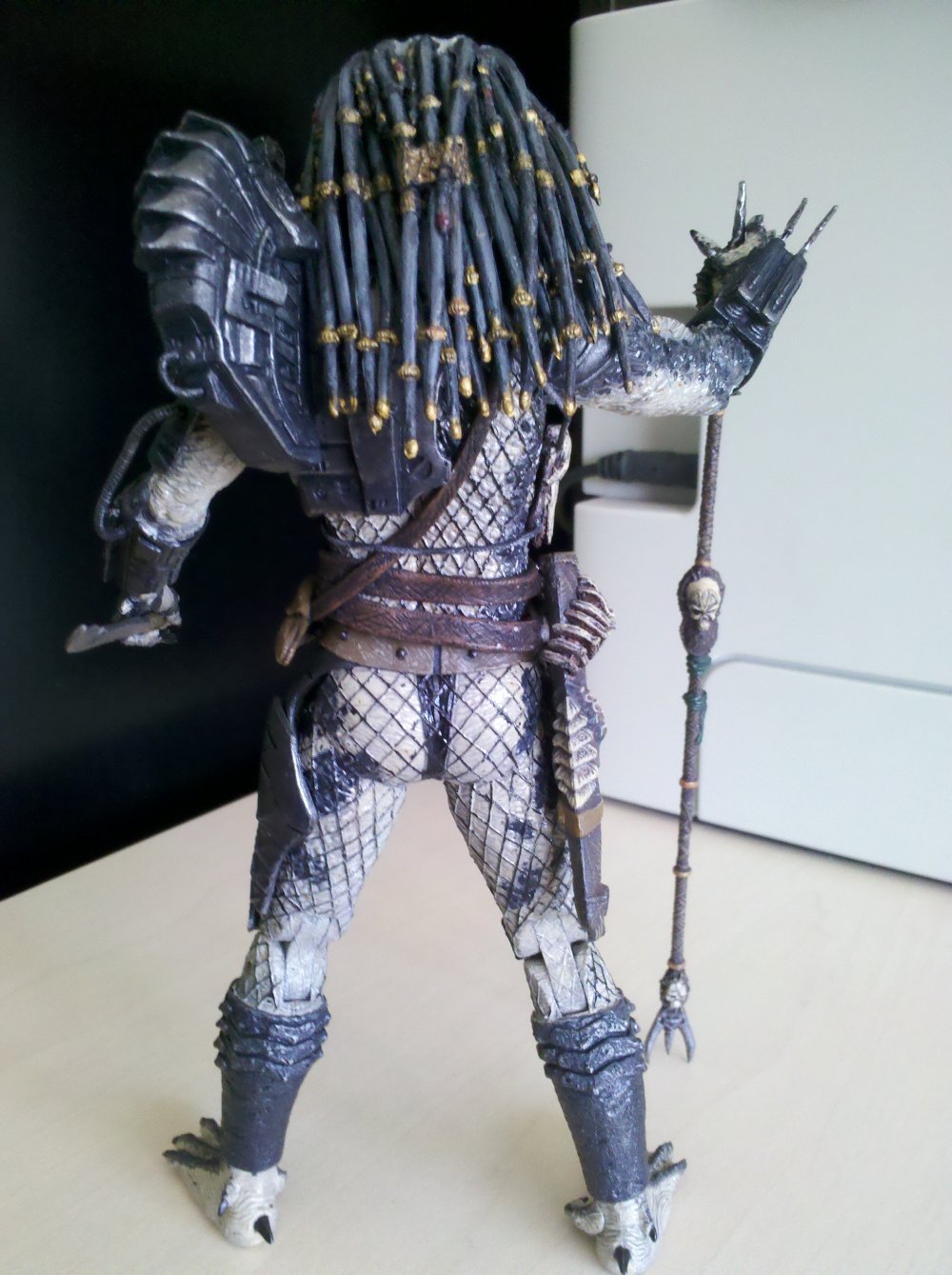 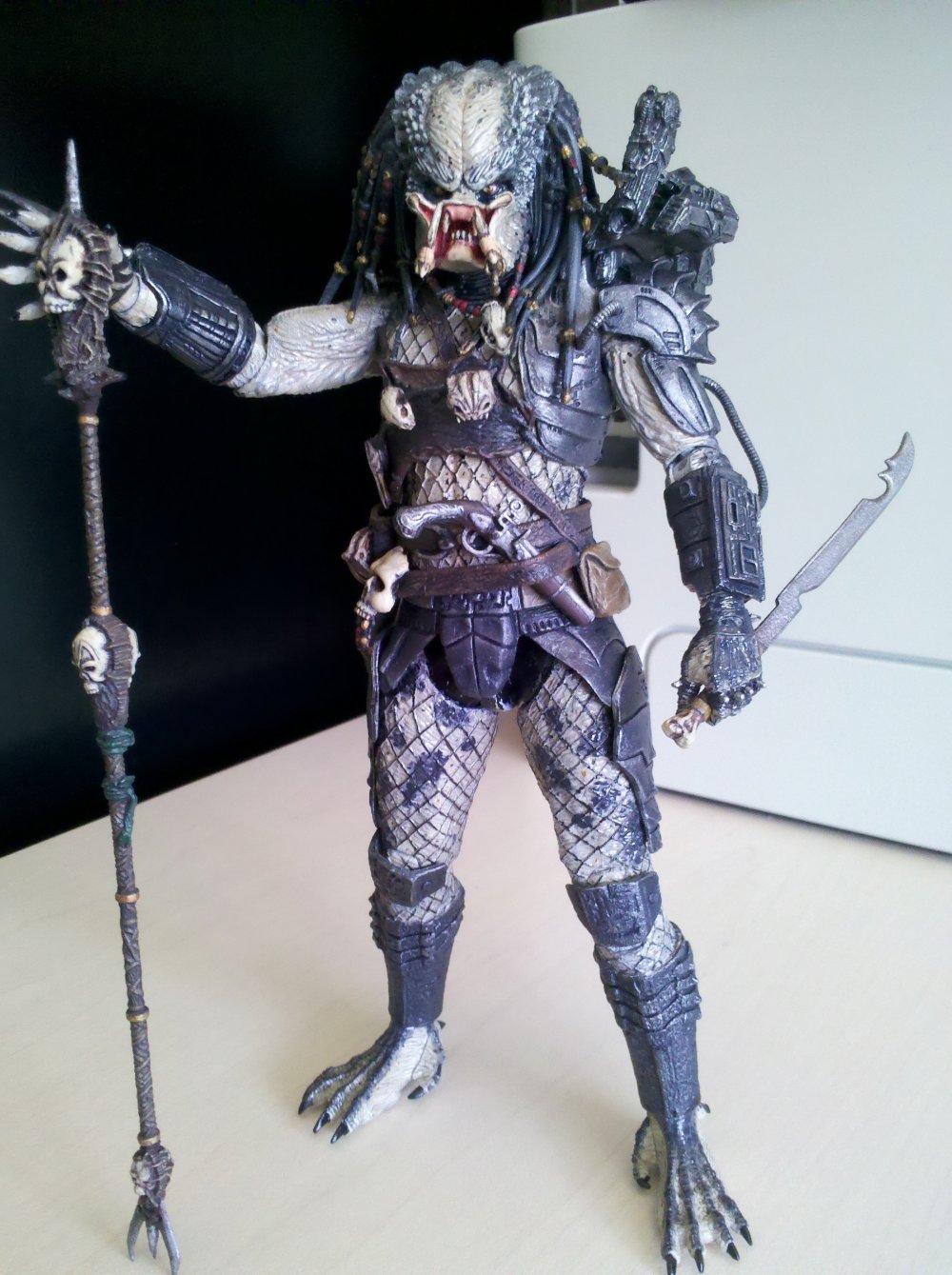 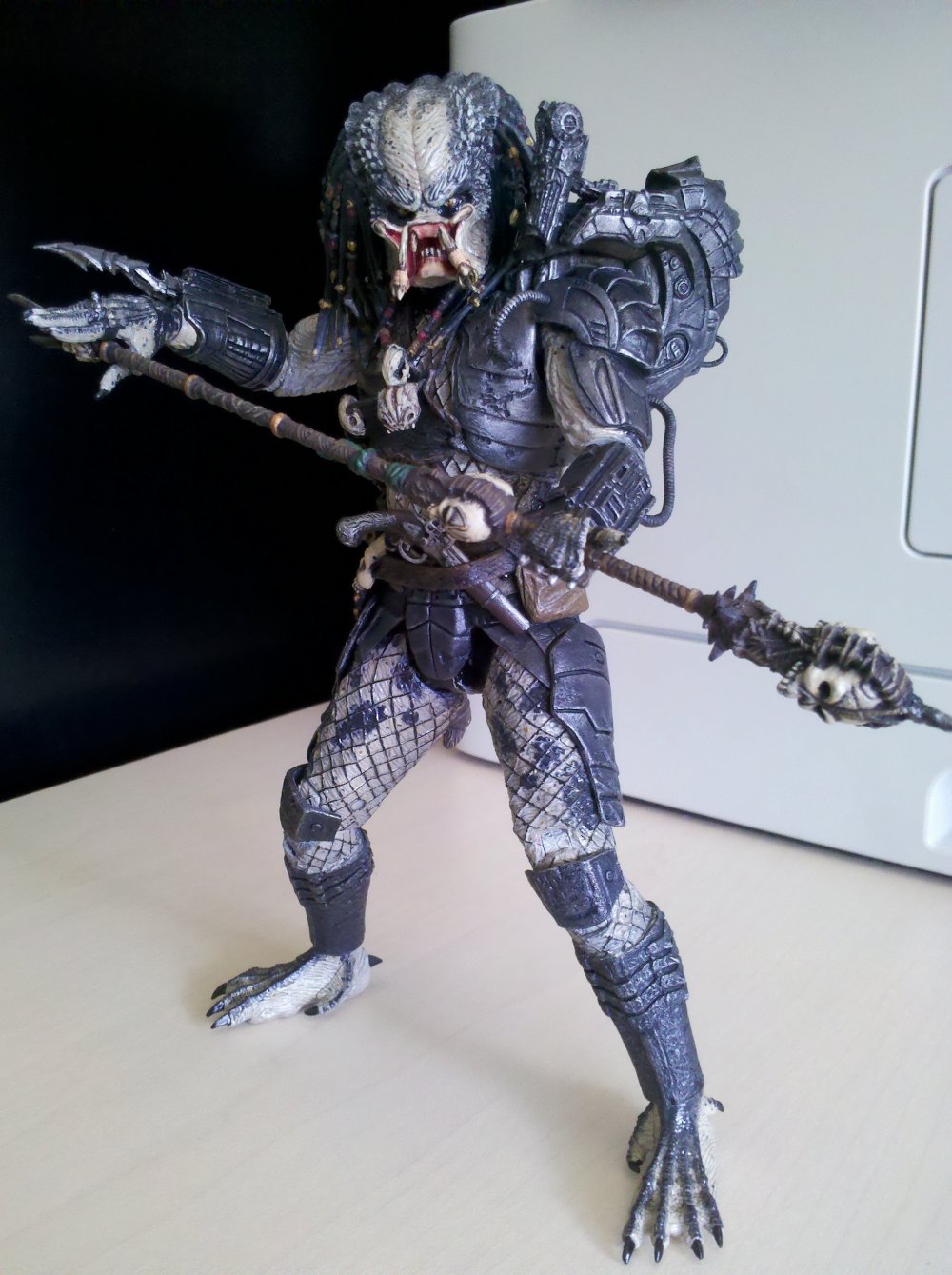 Nice work. If you scroll down in the main figure section, you'll see my "ultimate" elder where I also used a p2 torso. I like the raven staff you used to go with him.

loved the eye detail... awesome colors choice...... u should check out my Elder down bellow... u probably like it too

Yes, his Elder inspired my elder, so... lol its an Elder-fest... which one(s) are you painting next Deepincision ?

Heh, nothing wrong with Elder-fests, it's such a cool pred design! Next up, not sure exactly what his name is but according to this, he's called: Lost Hunter 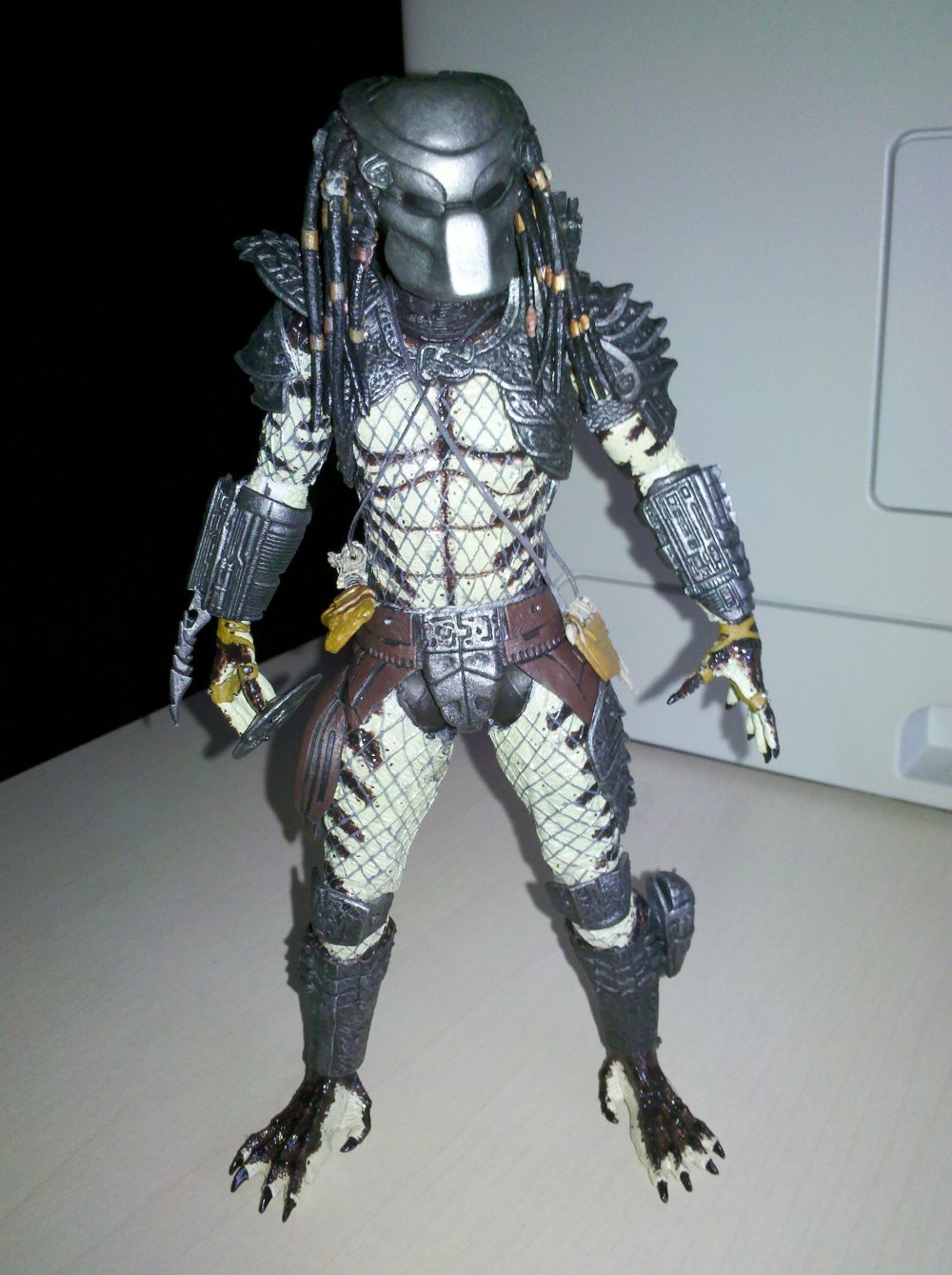 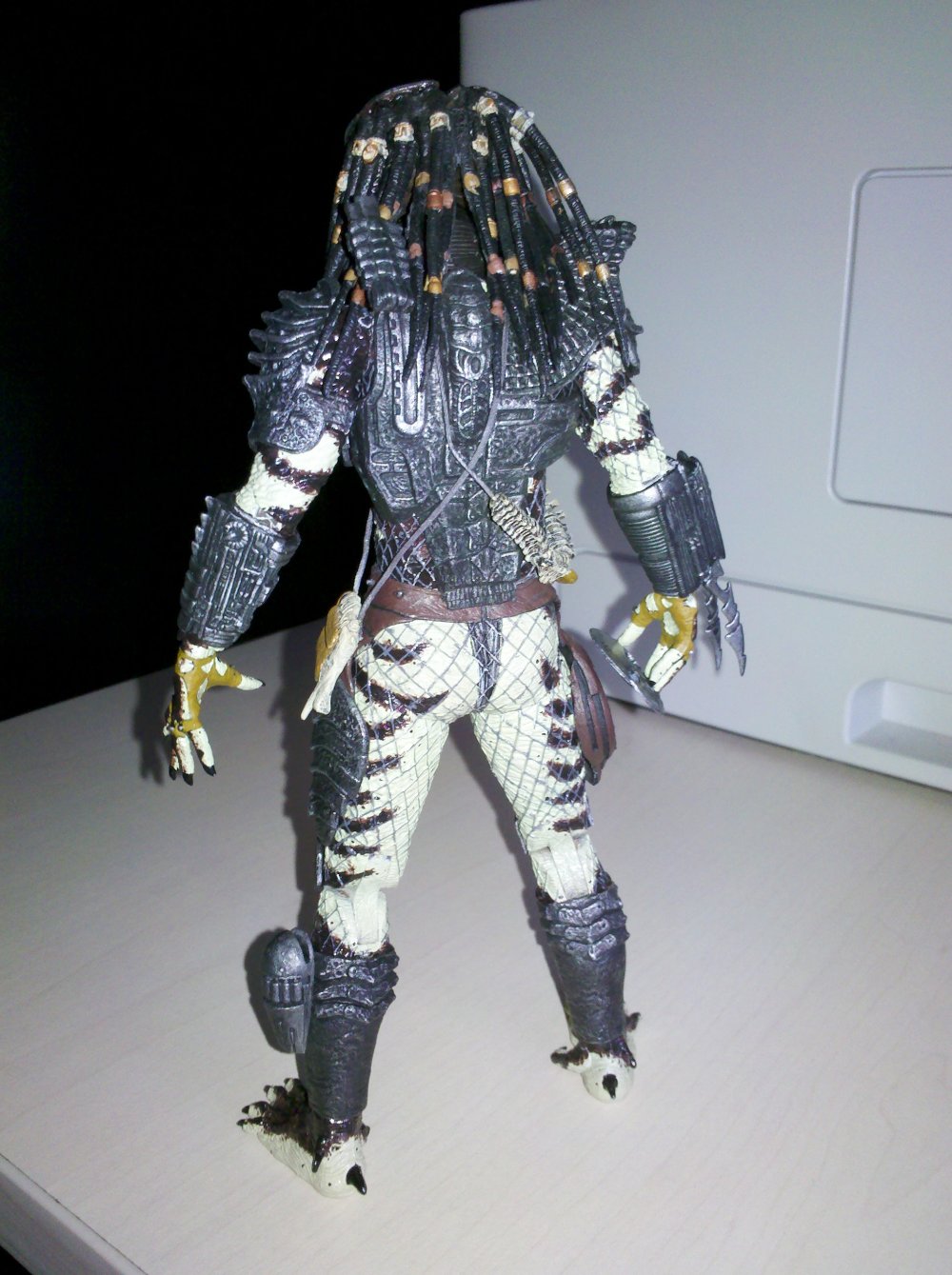 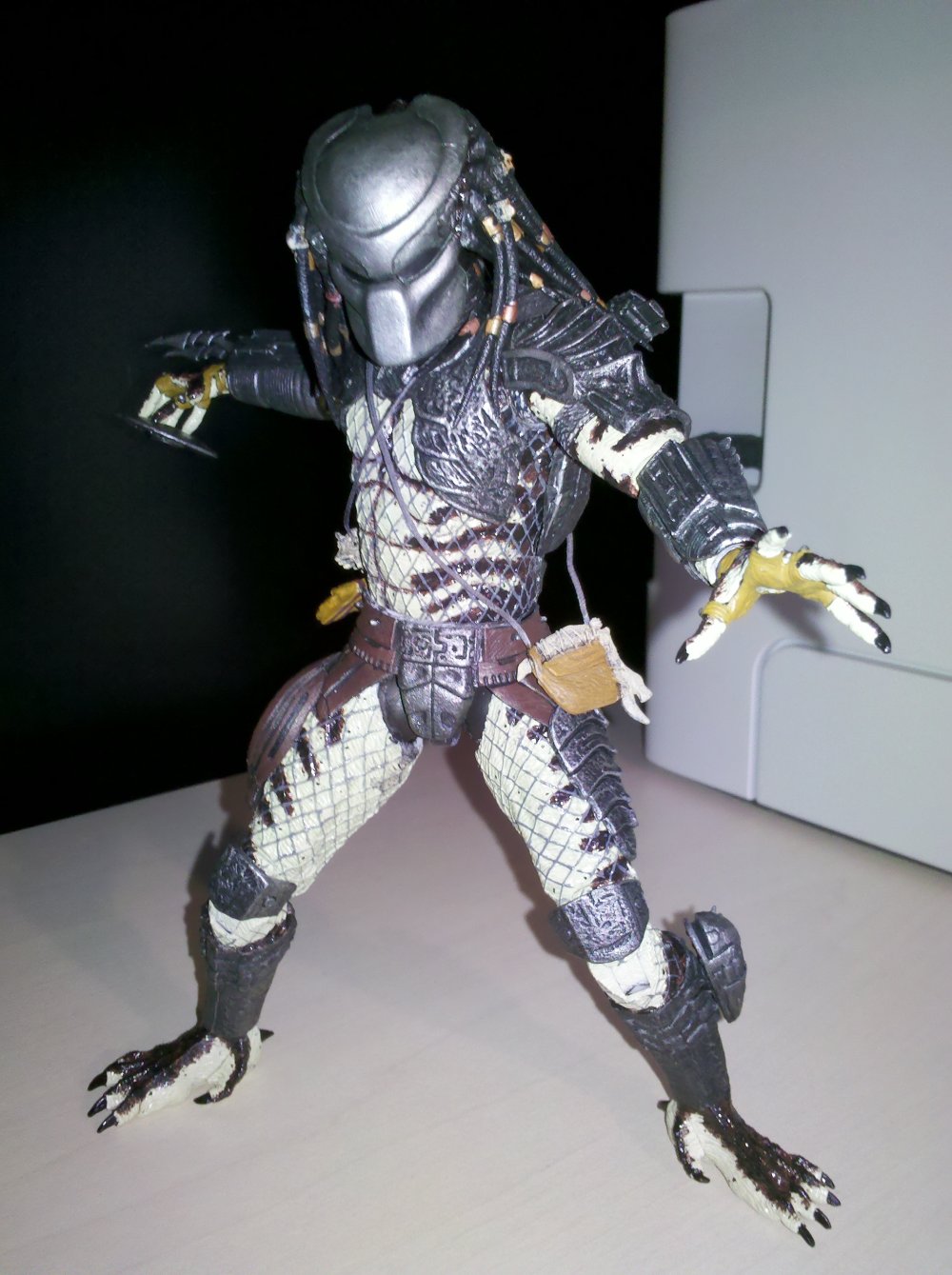 I've also got a City Hunter about 30% complete, and will be picking up a Snake, Gort, Borg and maybe a Ram when they're released. Thinking of painting up the Gort in gray skin tones just like the HT Guardian Pred; it might not be screen accurate but I love that colour scheme.

Just fyi, his skin is more green/yellow than the pics suggest. Might redo those photos when the weather is less cloudy...
Last edited by a moderator: Feb 27, 2015

Been a while since I last updated, but I've got a few more to add to the Lost Clan. This time around, it's City Hunter, Gort and Snake as well as a group shot: 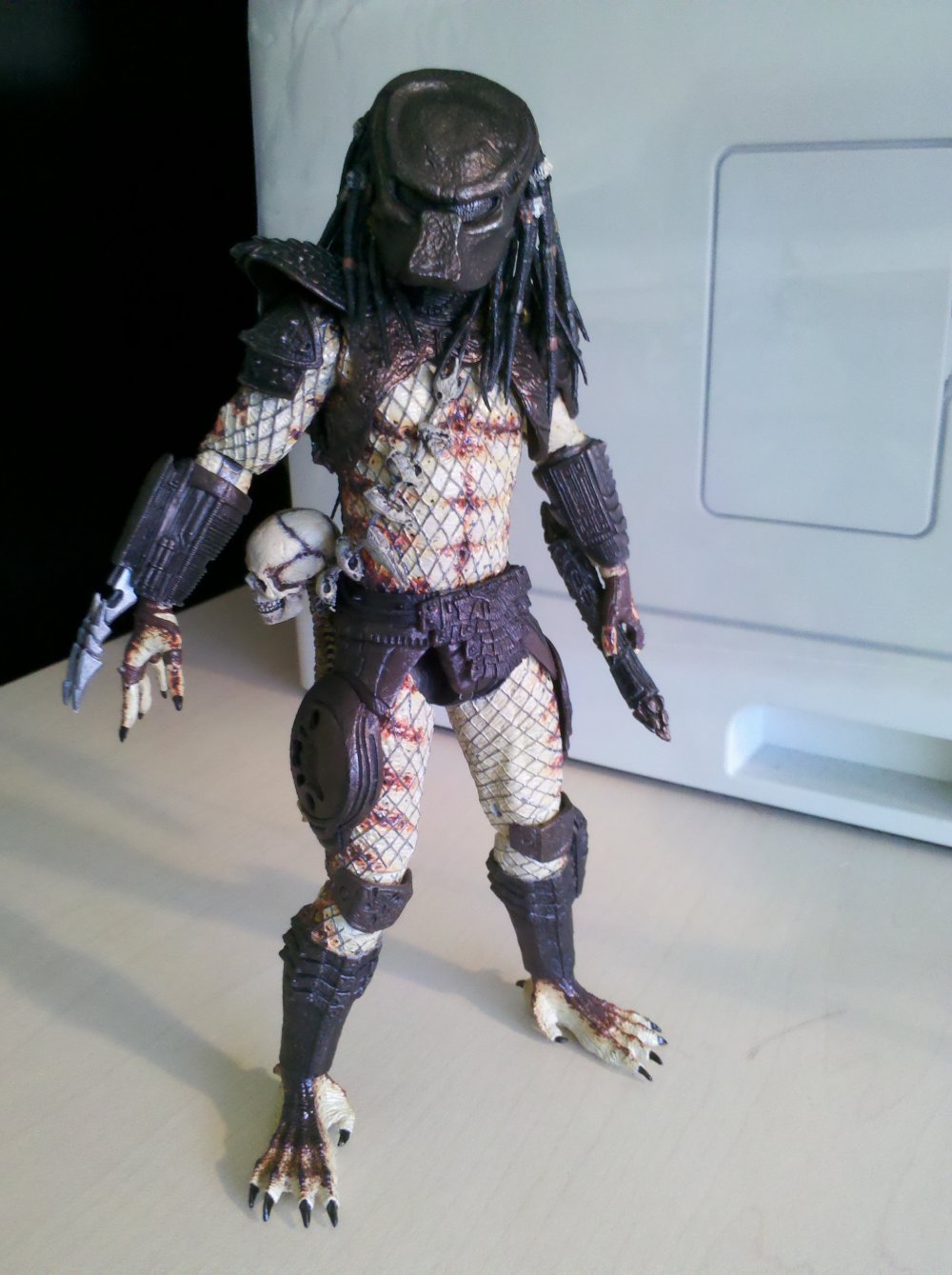 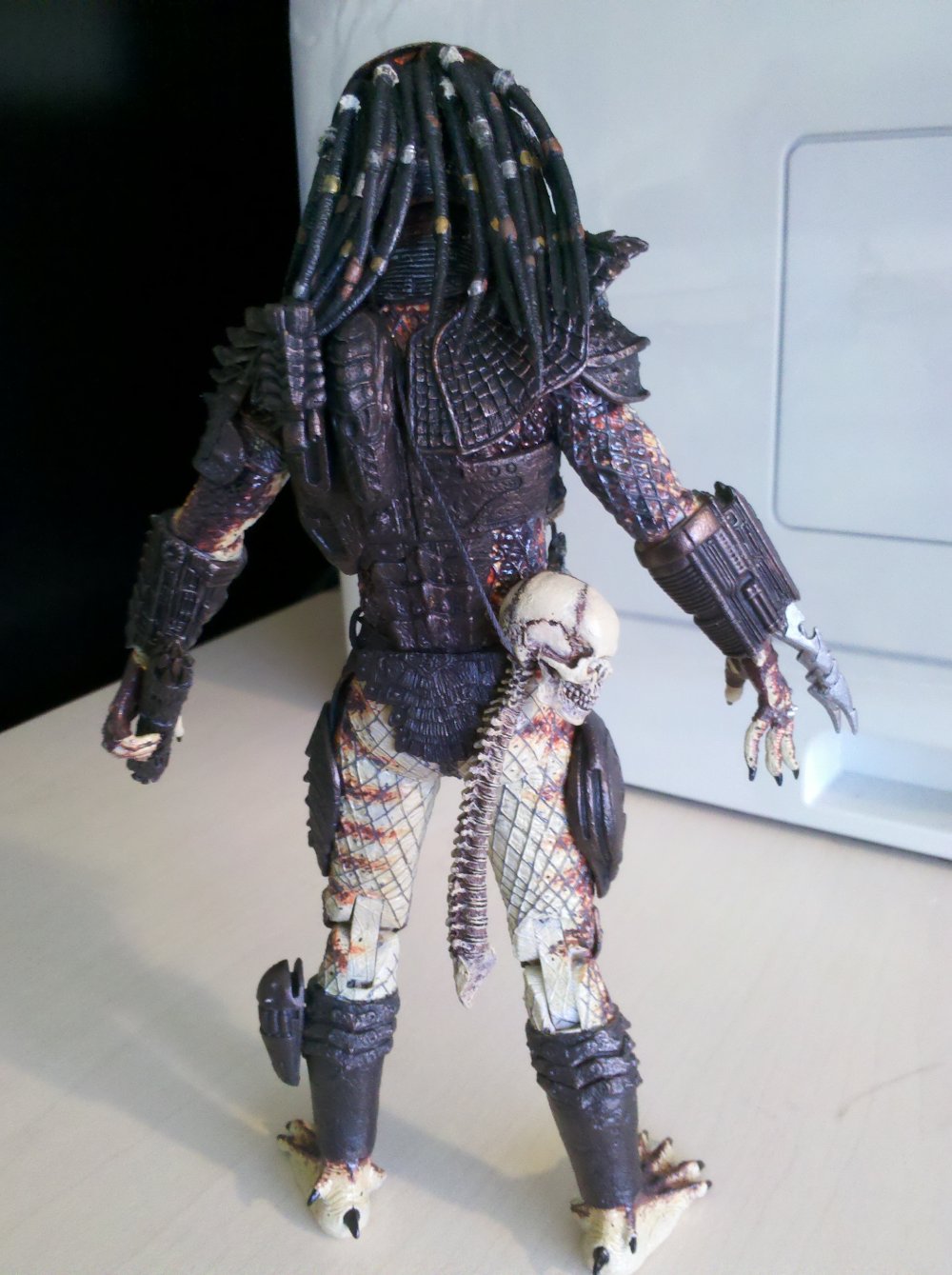 I'm not too happy about his skin tones, seems much to pale to me but I didn't really notice until I put his armour on and stood him up on my shelf. Too much work to detach everything and I'm far too lazy to repaint the lot. To be honest I'm getting sick of painting the body netting. It's difficult to source NECA figs in Sydney but if I do get another City Hunter, I may do a version 2.0 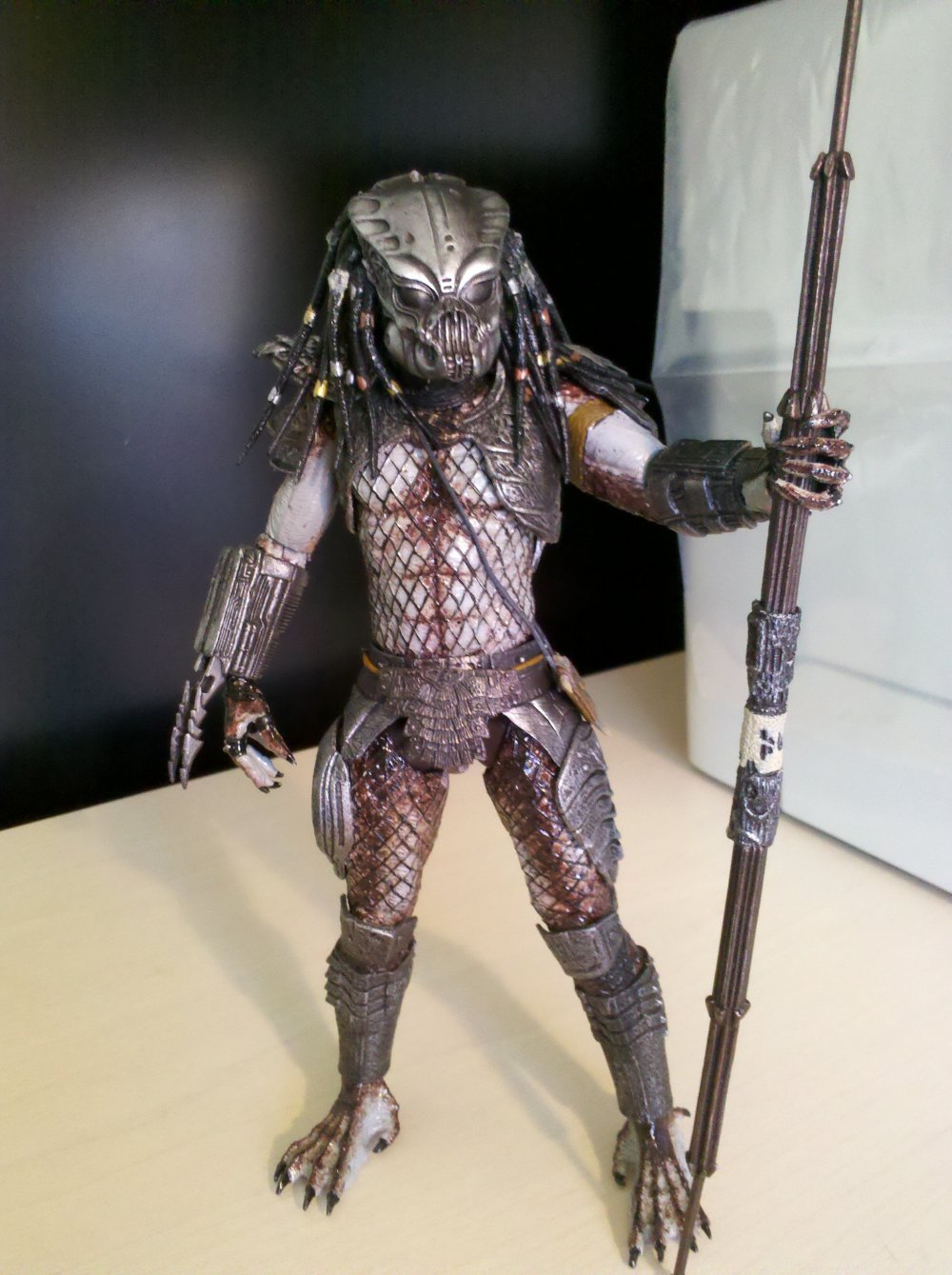 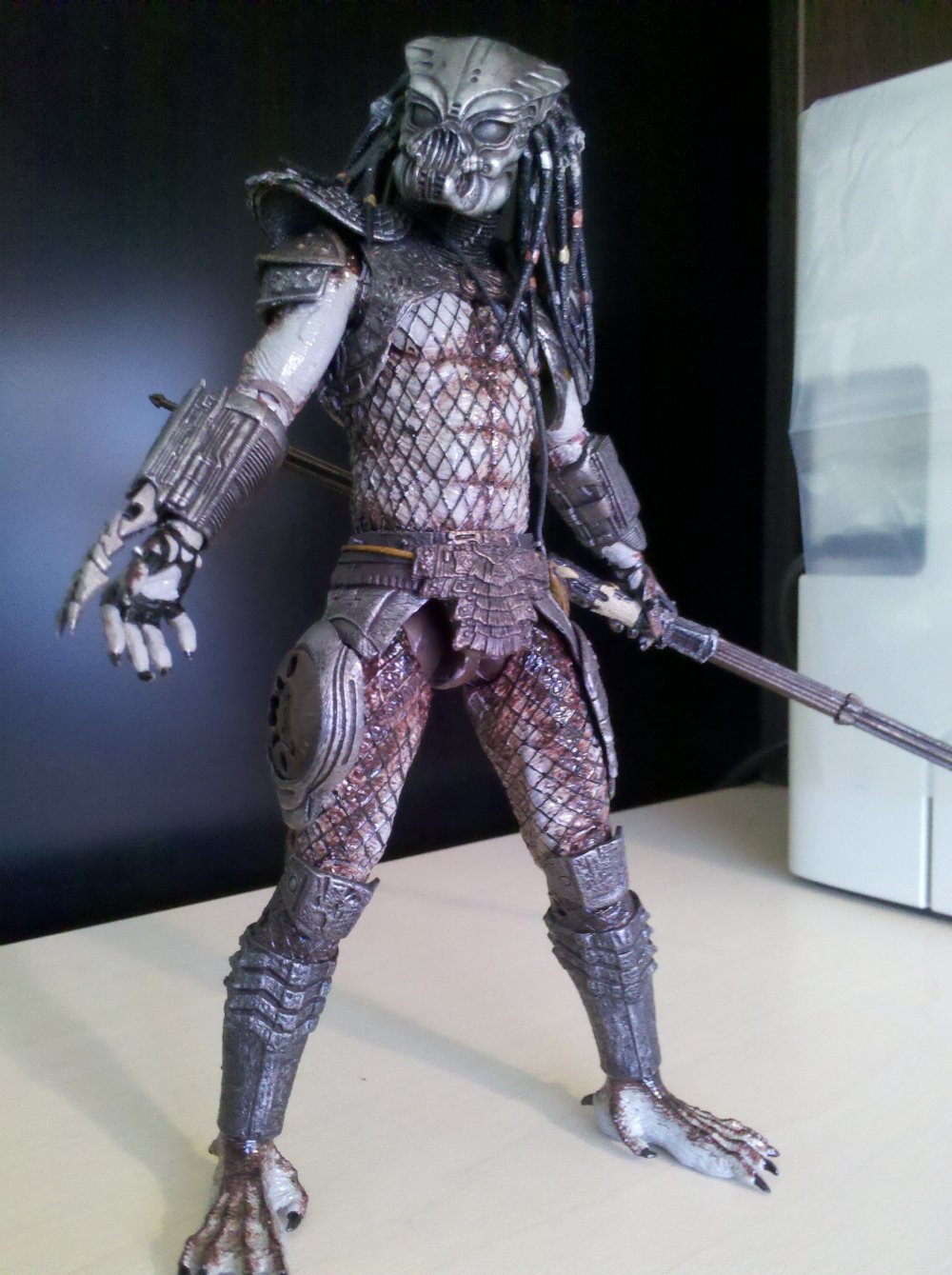 Gort's colour scheme is based on the HT Guardian Pred which I absolutely love but cannot justify the expense for. So this is my own little version of my fave pred. 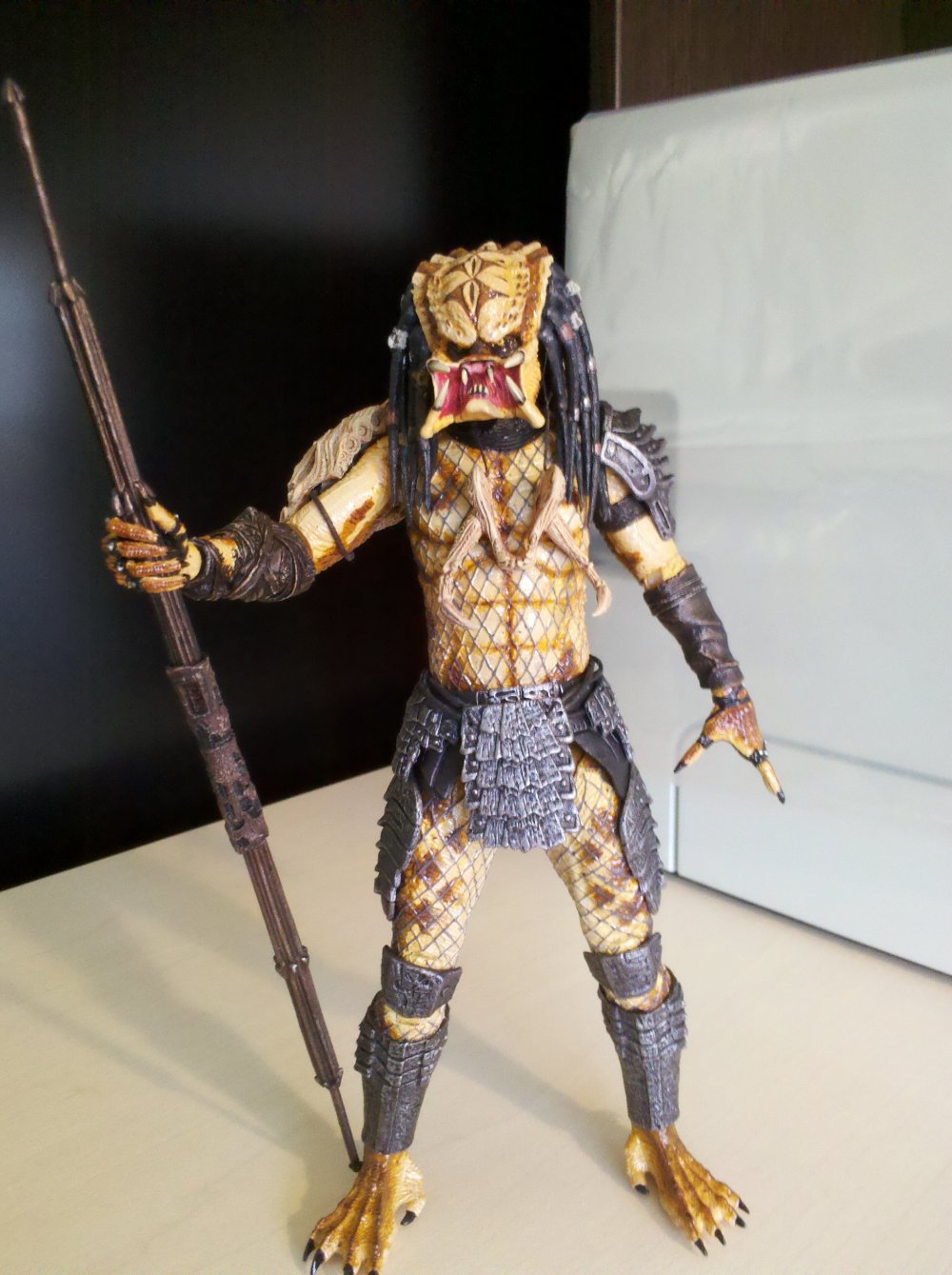 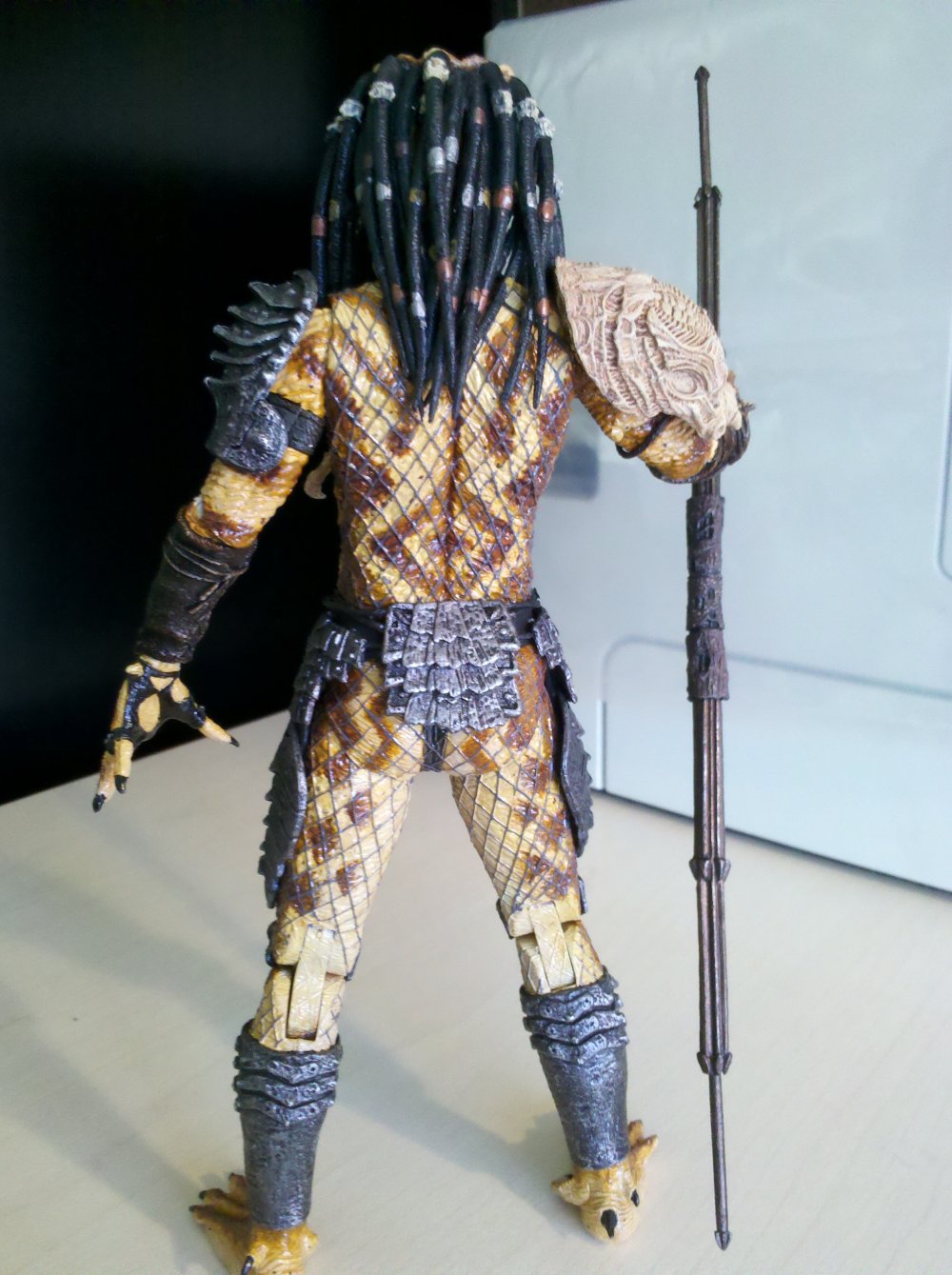 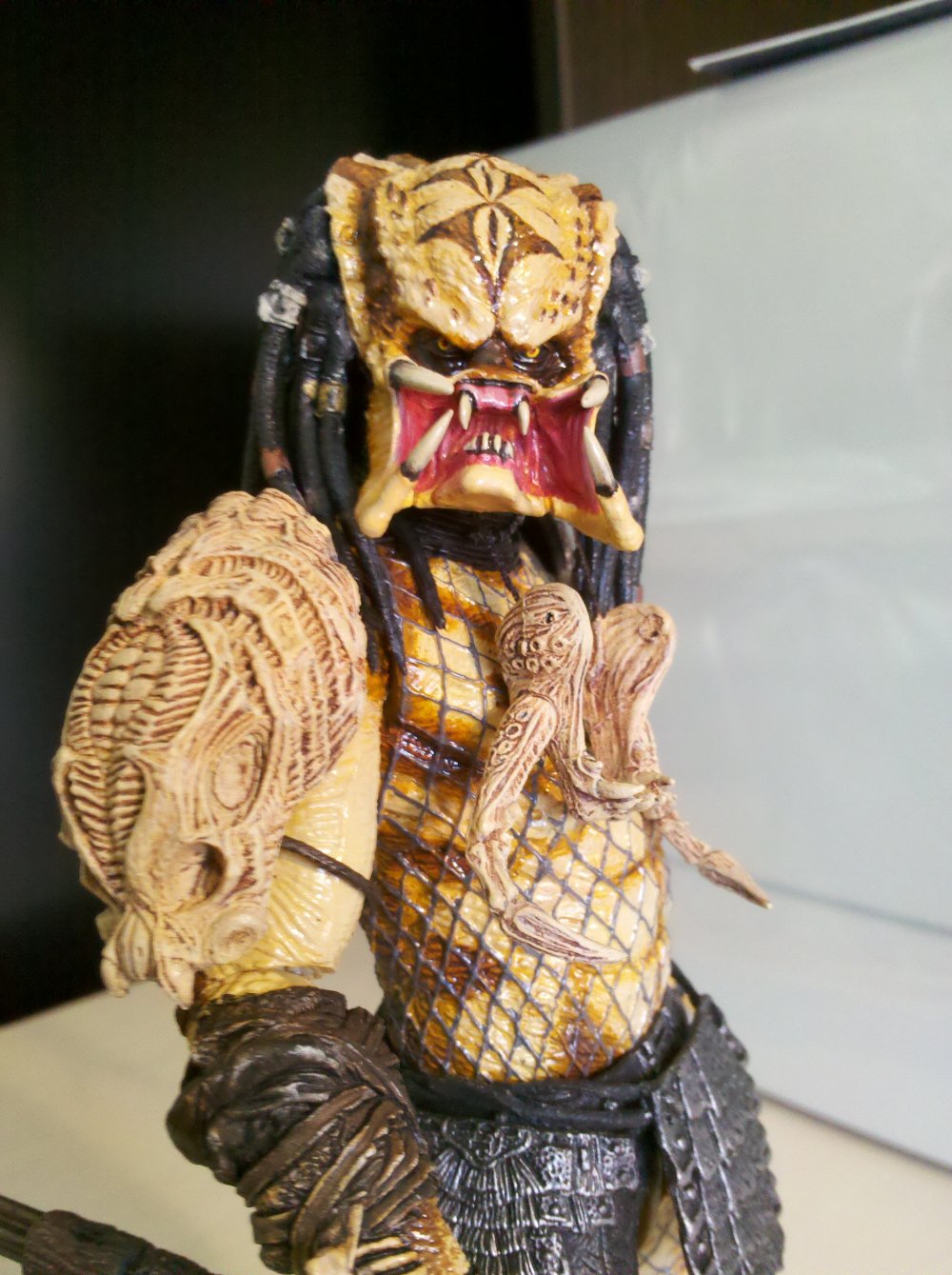 My interpretation of Snake, based on a Boar Brother/Stalker figure. The base fig, accessories and dreads are either from Boar Brother or my spares box, but the head was taken from a spare unmasked P1. I didn't add the secondary teeth to his lower mandibles, though I probably should have... I also rearranged the waist armour to slightly resemble a samurai's thigh armour. Also note the unlucky Berzerker's skull draped over his shoulder and his jaw hanging around Snake's neck. Revenge for Classic's death in the movie? Perhaps. My reasoning is that these Lost Hunters may from time to time track down bad bloods and bring them to justice. 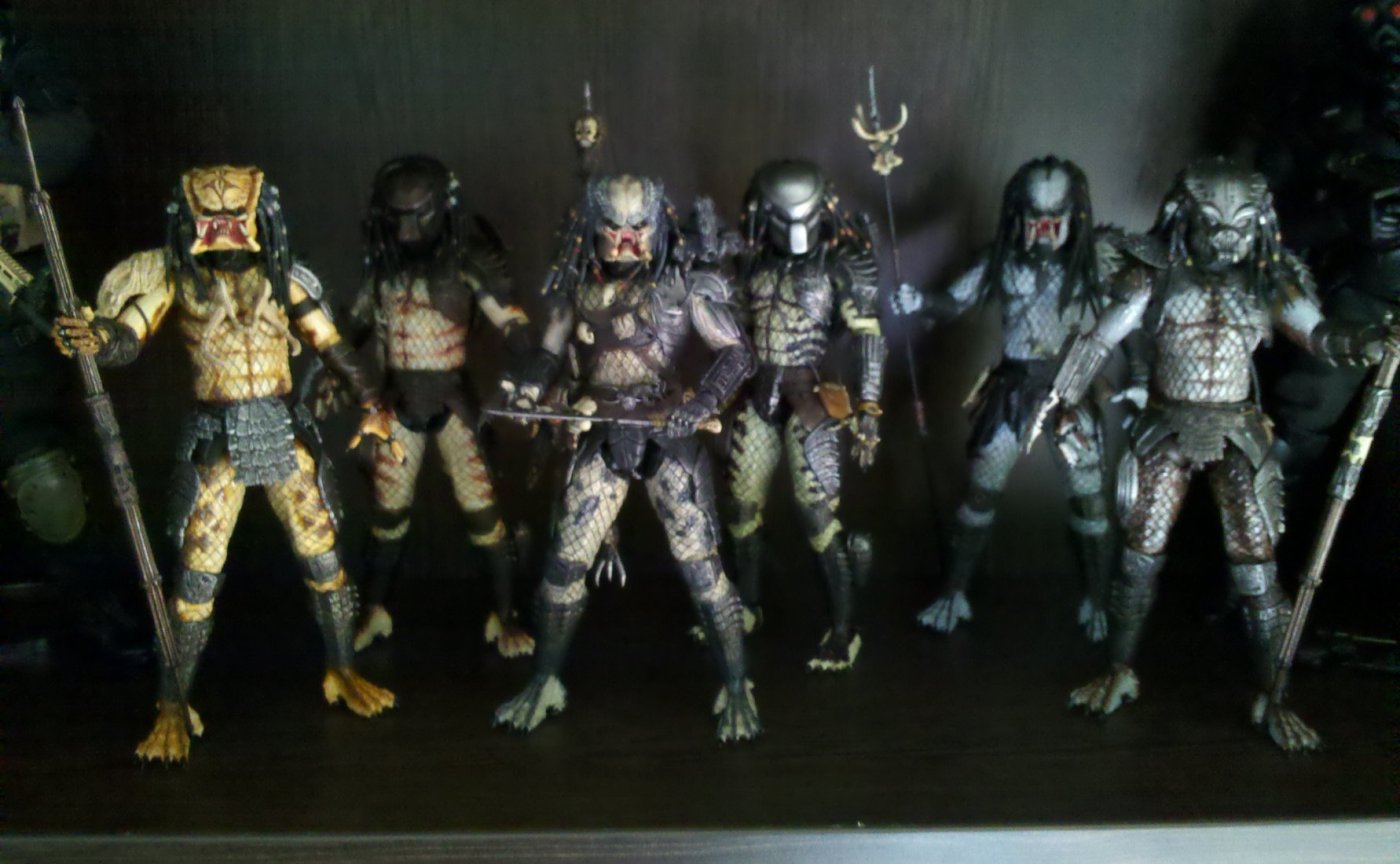 Group shot so far. Next up will be a Borg and perhaps an updated Wolf.
Last edited by a moderator: Feb 27, 2015

gort looks the best so far - great interpretation of him! love the colors and the bio...

That 'Snake' is wicked as all Hades. Way cool custom. I really like it.

Thanks for your comments. I was also thinking of using these:

to add as trophies. The seller sent me this photo to indicate size and it looks like it's roughly the right scale compared to the skull/spine trophy from the P2/Zerker 2 pack. 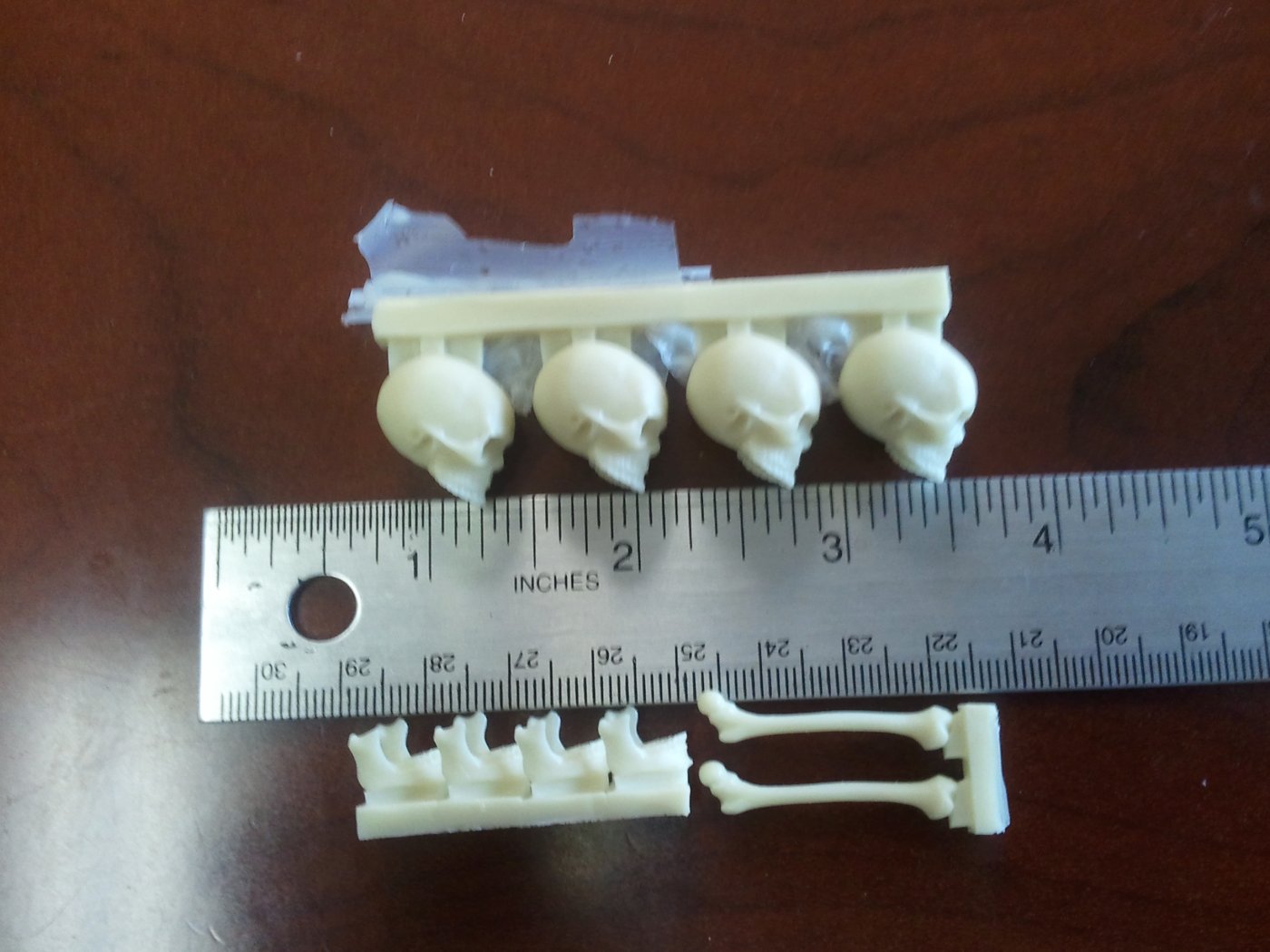 Very impressive, never thought I would see a snake like that! 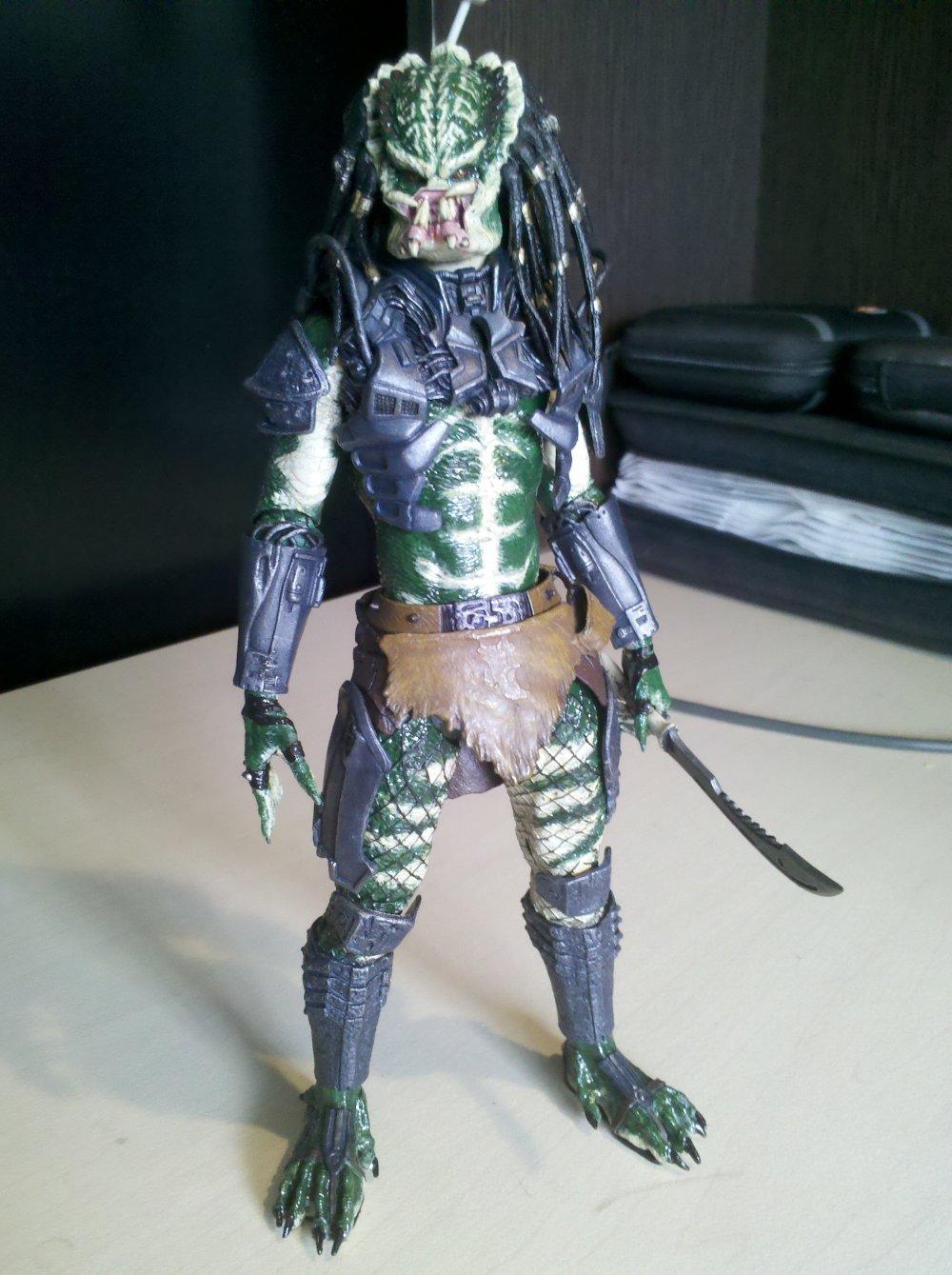 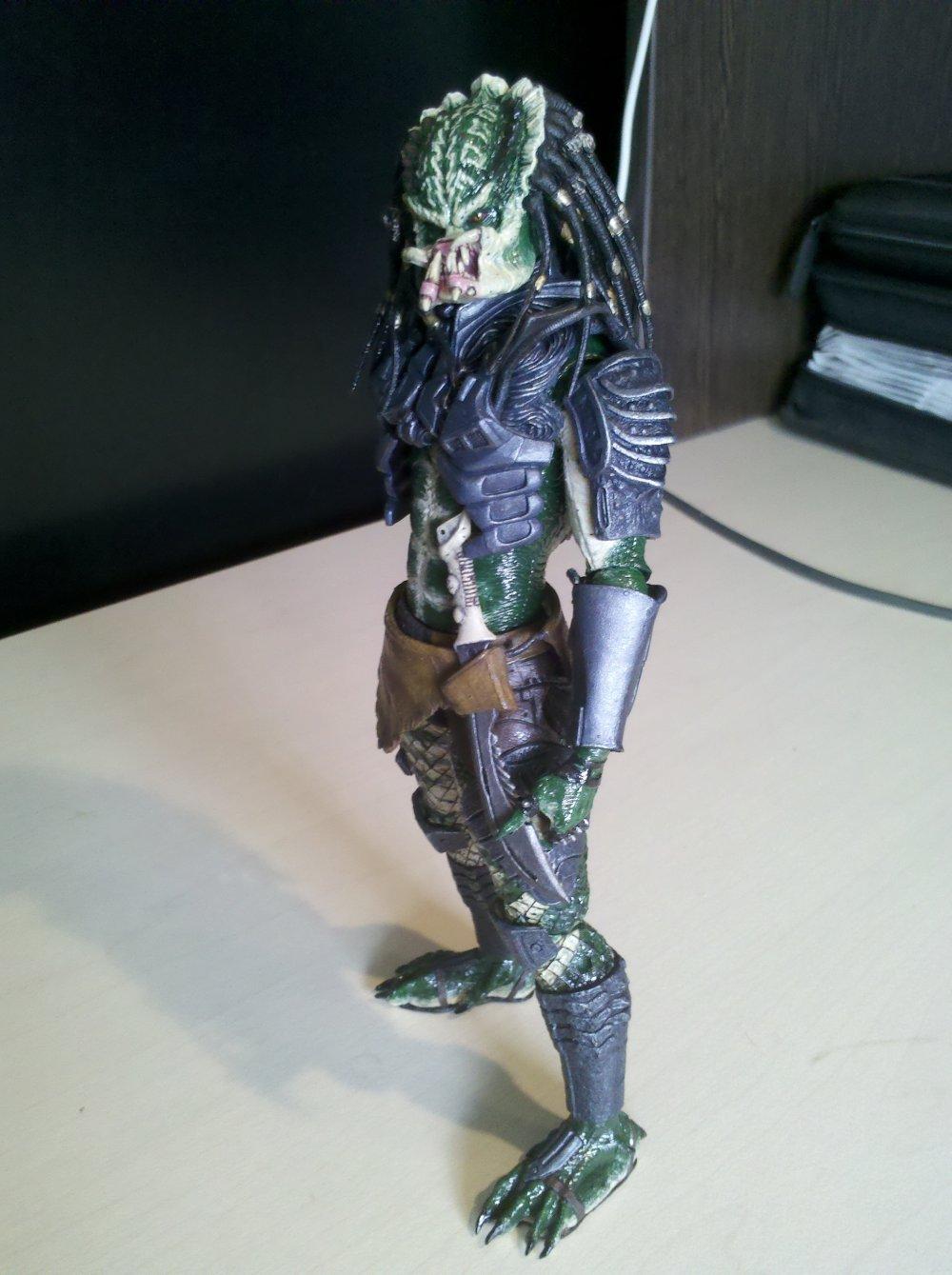 Replaced his torso and biceps with those from a spare Berserker to give him a slimmer physique. Feet and rear loincloth were from a spare P1. Full repaint and gloss varnish layer for that pred-sweat look. 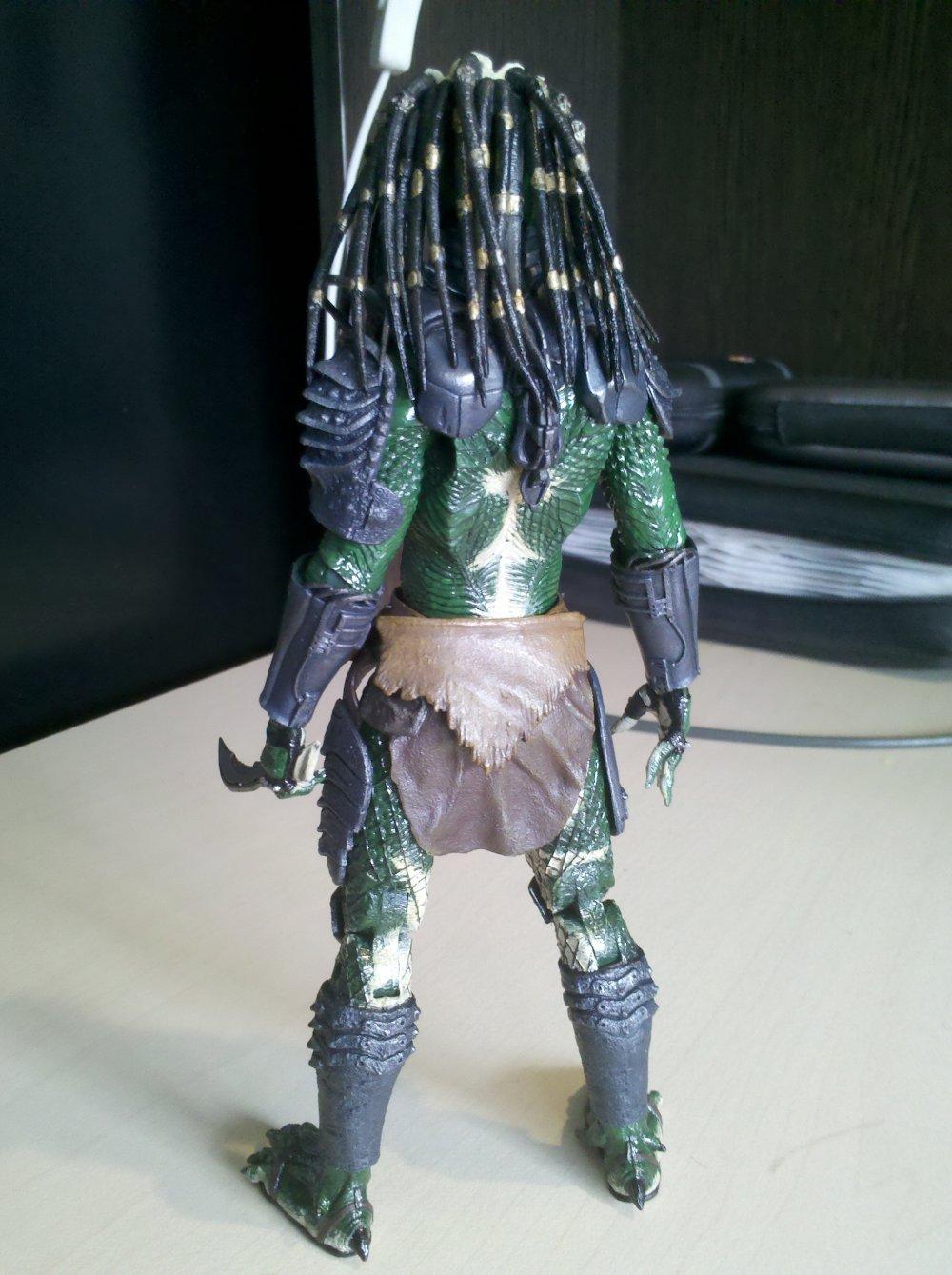 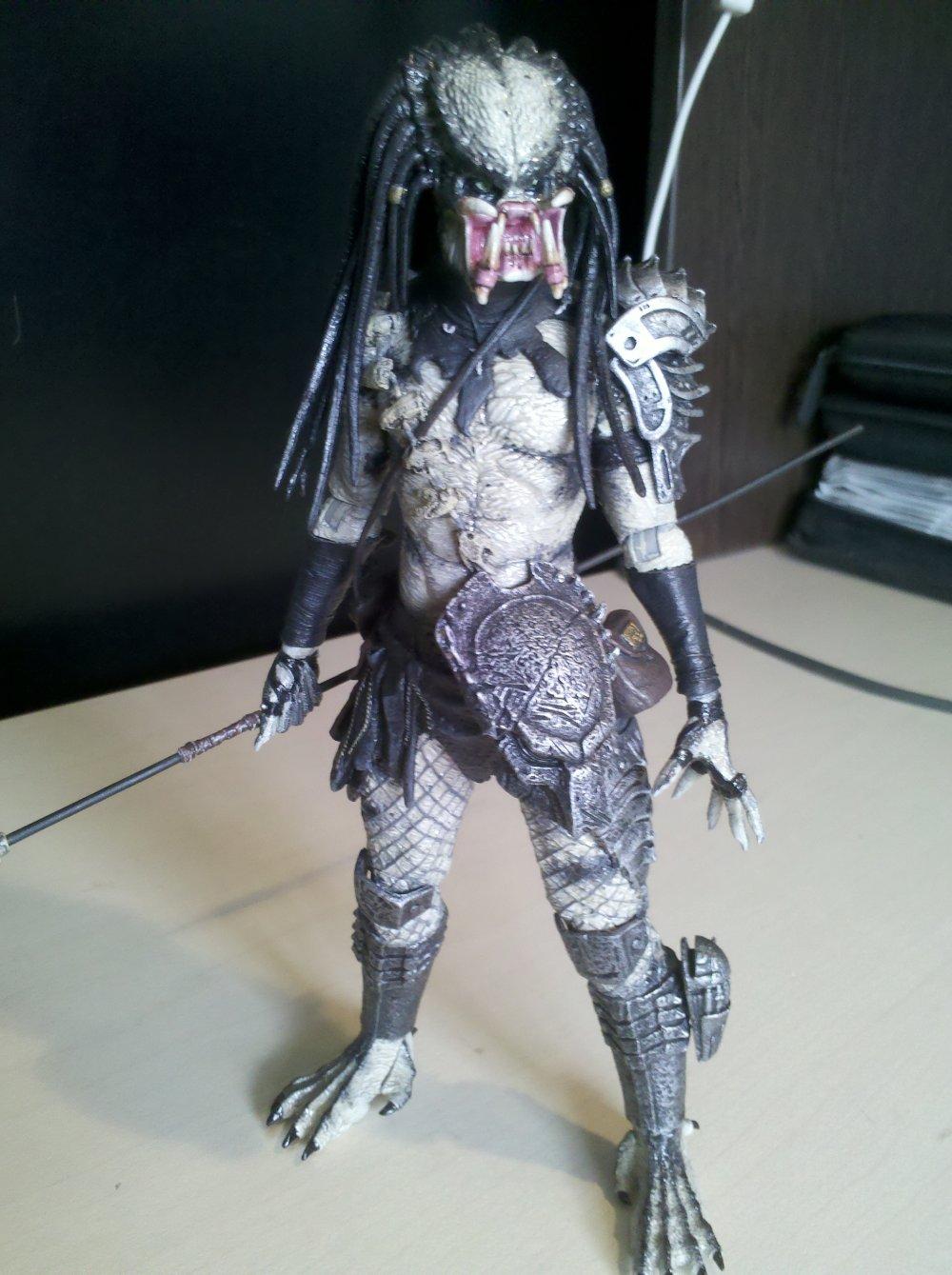 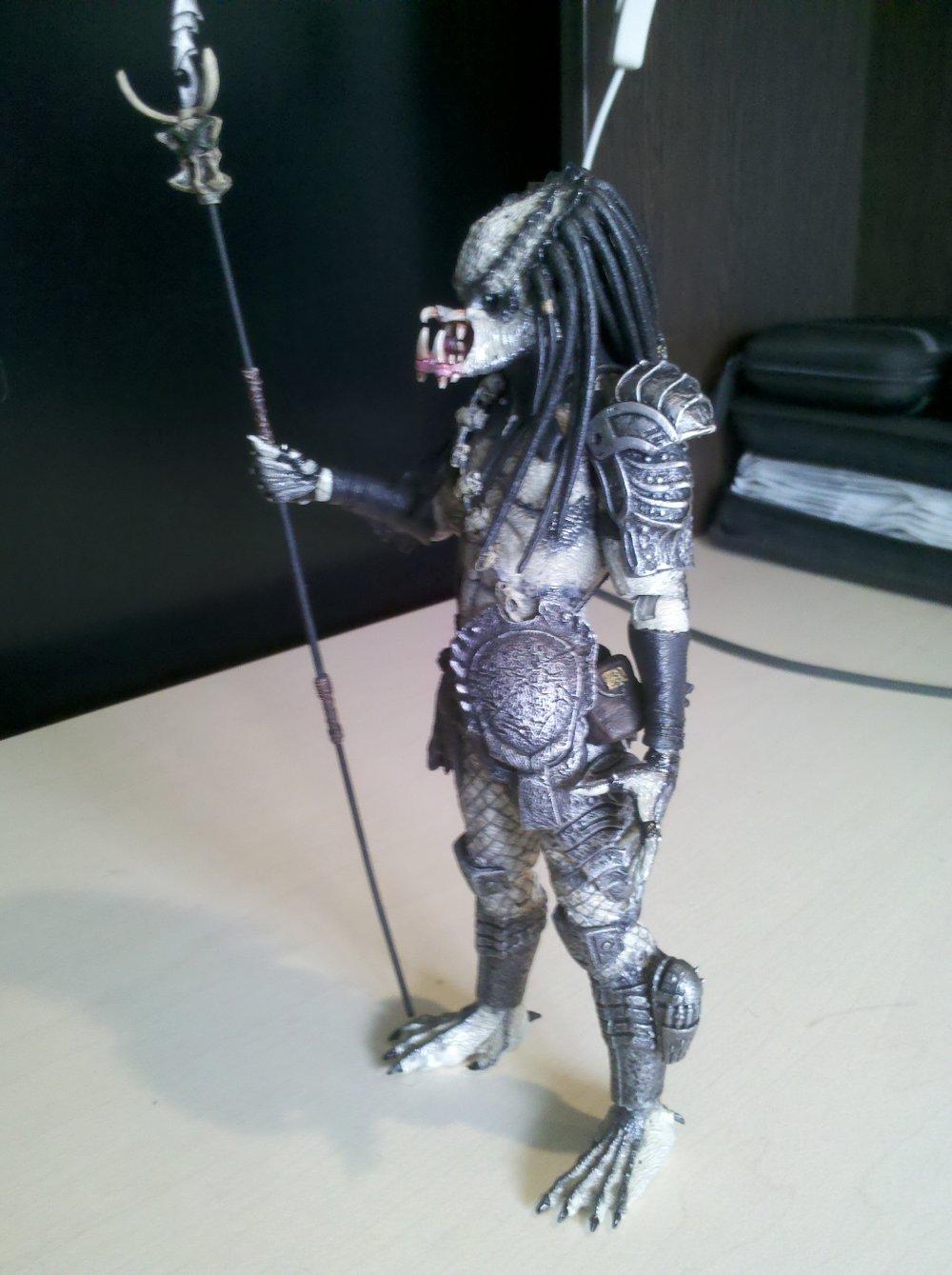 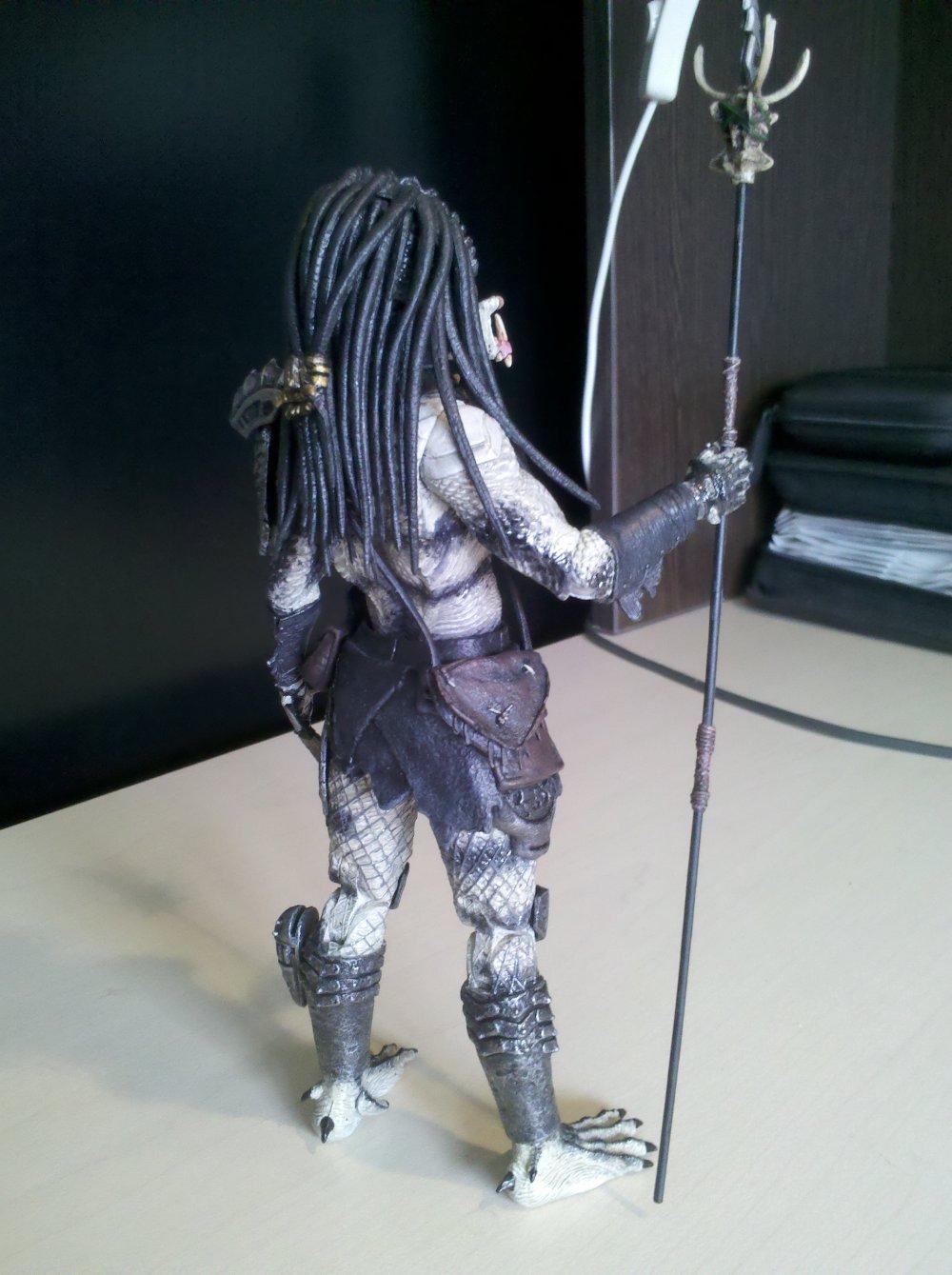 I decided to redo some of my older preds. I again replaced Shaman's torso and biceps with my old Berserker custom for similar reasons to Borg. From screenshots it seemed to me that these two in particular were slimmer than the other Lost Preds. Also added a mask from an old Wolf Pred.

Below is a recent group shot. P2 is missing as he's next up for the v2 treatment. I'm also thinking about finding right-sized human skulls to add in as trophies to the Lost Pred's belts etc. maybe a handful in fabric netting, or a skull with its top cut off and used as a medicine/ammo pouch. 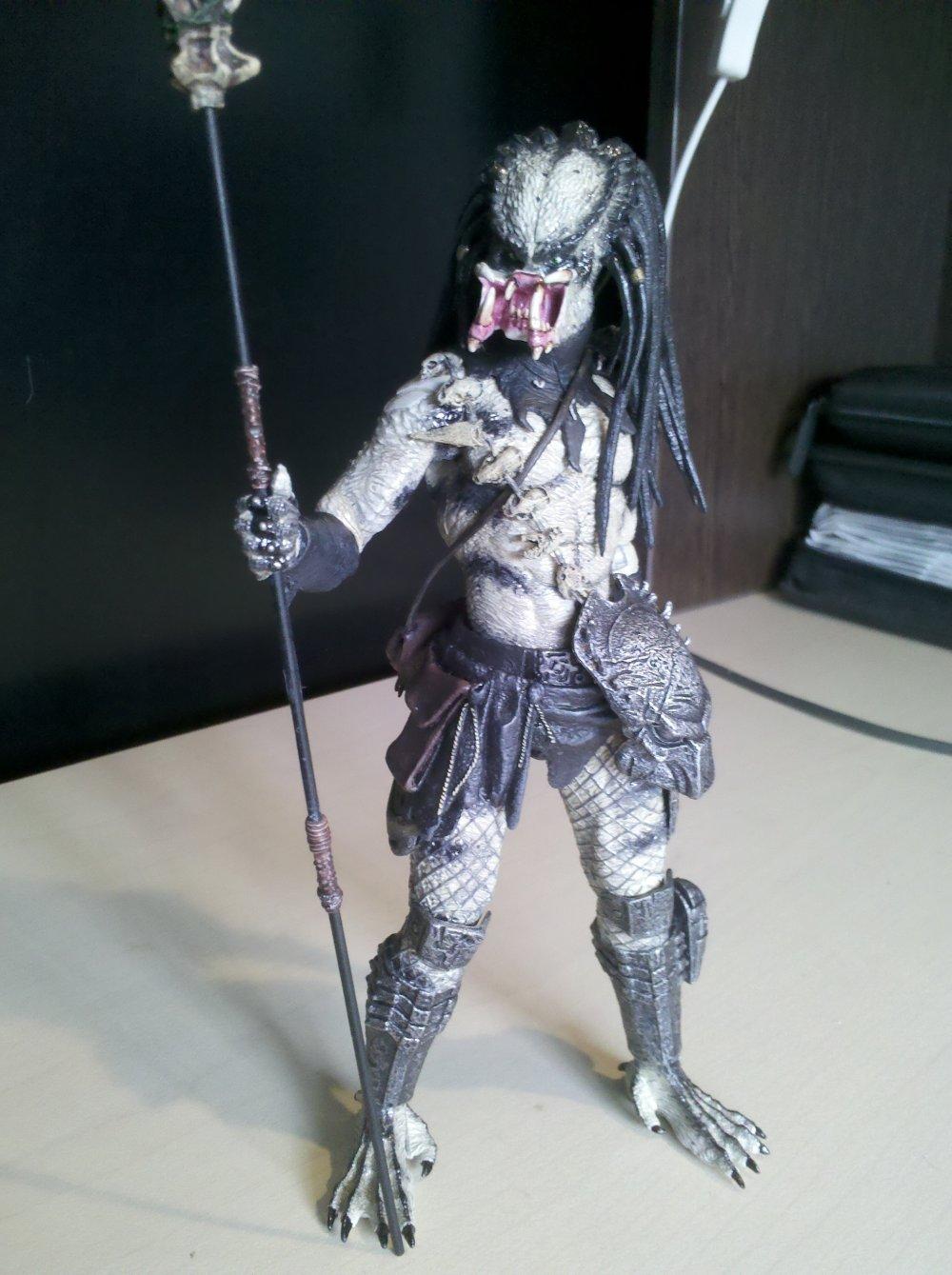 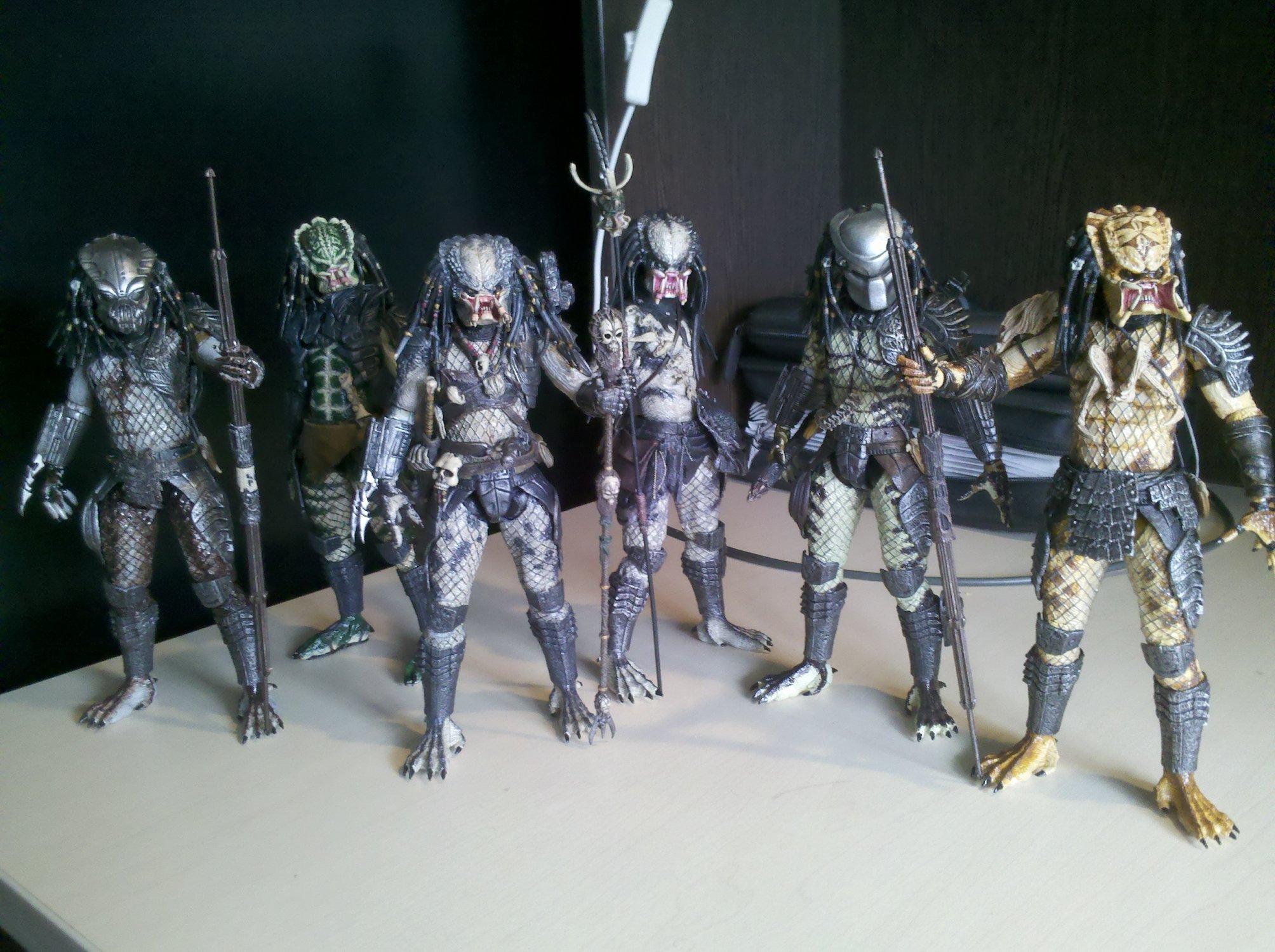 What type of "gloss varnish" did you use?

I use games workshop paints and gloss varnish from the pot. Most of their stuff is badly overpriced but I do like their paints.

Fantastic stuff here mate, I too also use Games Workshop Gloss Varnish! works like a charm for predators and aliens, you can get some wicked effects with it!
Man i love your Greyback Elder!!! 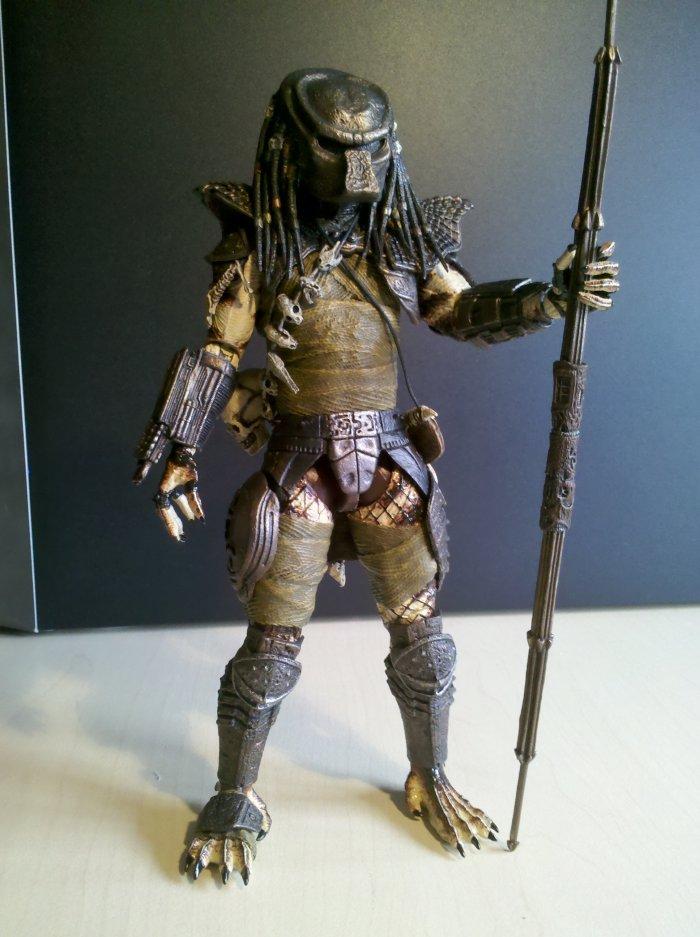 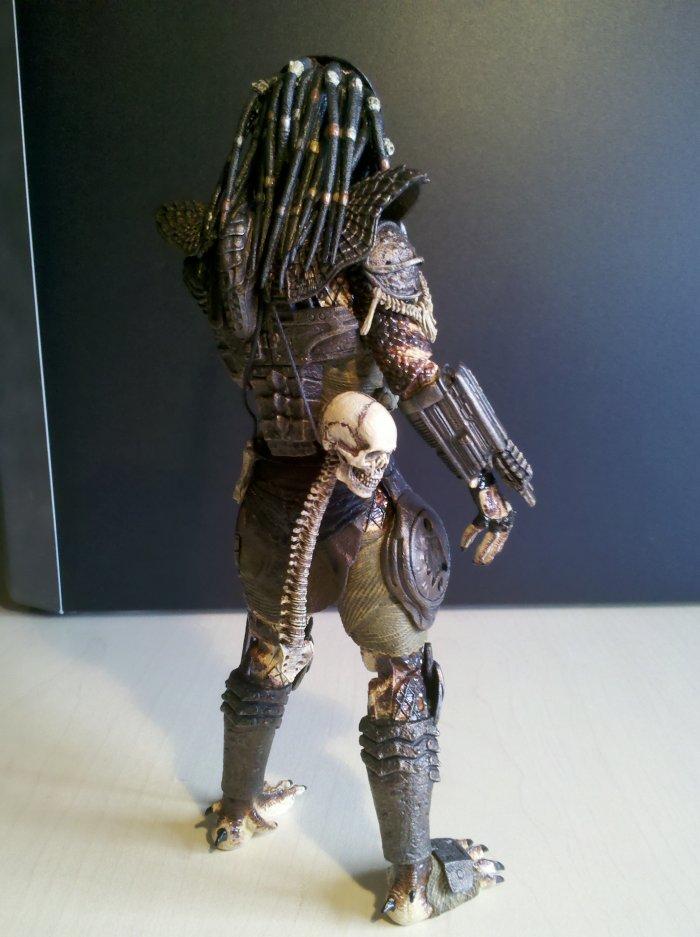 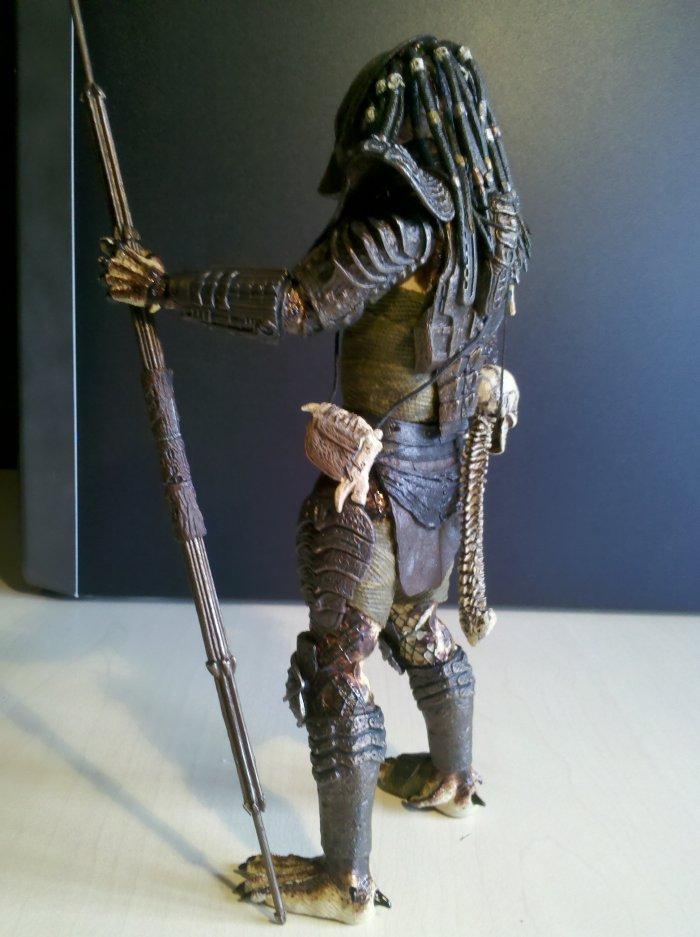 Completely revised my old P2 and decided to experiment with some bandages to reduce the visible skin and give him a more "clothed" look. Added extra armour plates on knees, feet and shoulder, as well as a wrist-mounted plasmacaster.
Last edited by a moderator: Feb 27, 2015
You must log in or register to reply here.
Share:
Facebook Twitter Reddit Pinterest Tumblr WhatsApp Email Link
Top