Finally getting time to spend on the Turbolaser from Wasili. This will not be motorized with lights, just a static display. I thought about doing so, but I would have probably spent hundreds of dollars more on it an would have played with it for about an hour, then it would have spent the rest of its life on a shelf.
Wasili and others have researched this one impeccably and have reproduced the detail accurately in the kit. I also have the Salzo detail kit.

My kit will be a little different as I am incorporating gun elevation mechanism with a 3D print. Slots cut out in the kit set the position of the external elevation gets with inserting a styrene cut out. 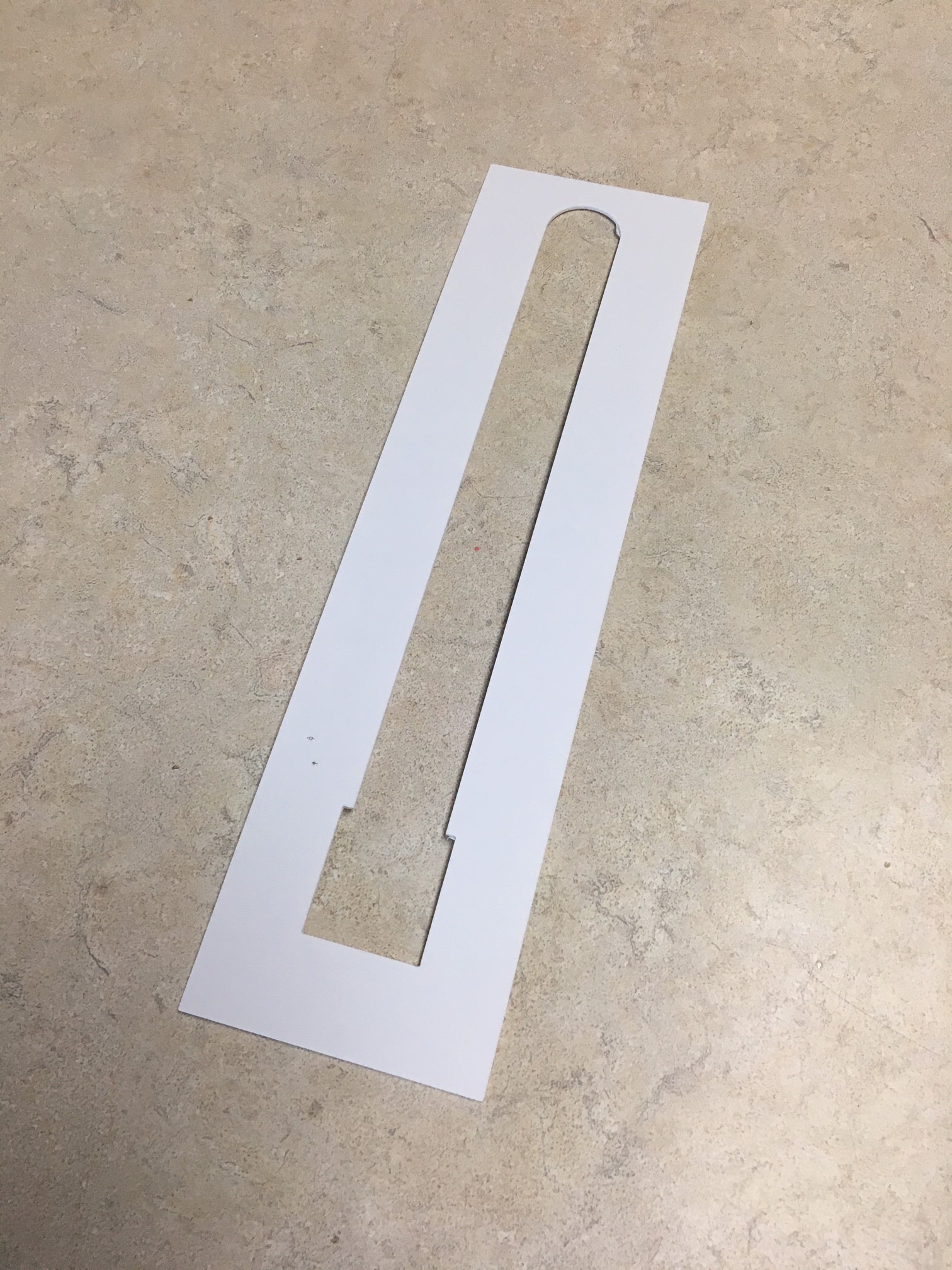 For the most part, it followed a circular path, but at the ends it flatted out to the superstructure. This also showed everything underneath as in wires and motors, which to me took a bit of the realism away from it. Since, if this was real, there would be thick metal and perhaps a seal that would prevent any debris or bits of destroyed ships from getting into the elevation mechanism. So I decided to design something a little different. I measured the arc and created a simple 3D elevation mechanism in TinkerCAD. The round "hubs" fit the cut out arc precisely. There was one problem though. The axis was lower than on the filming model. But the gun can elevate with its arc of rotation aligned with the gears. A trade-off toward film accuracy. Probably the first of many. 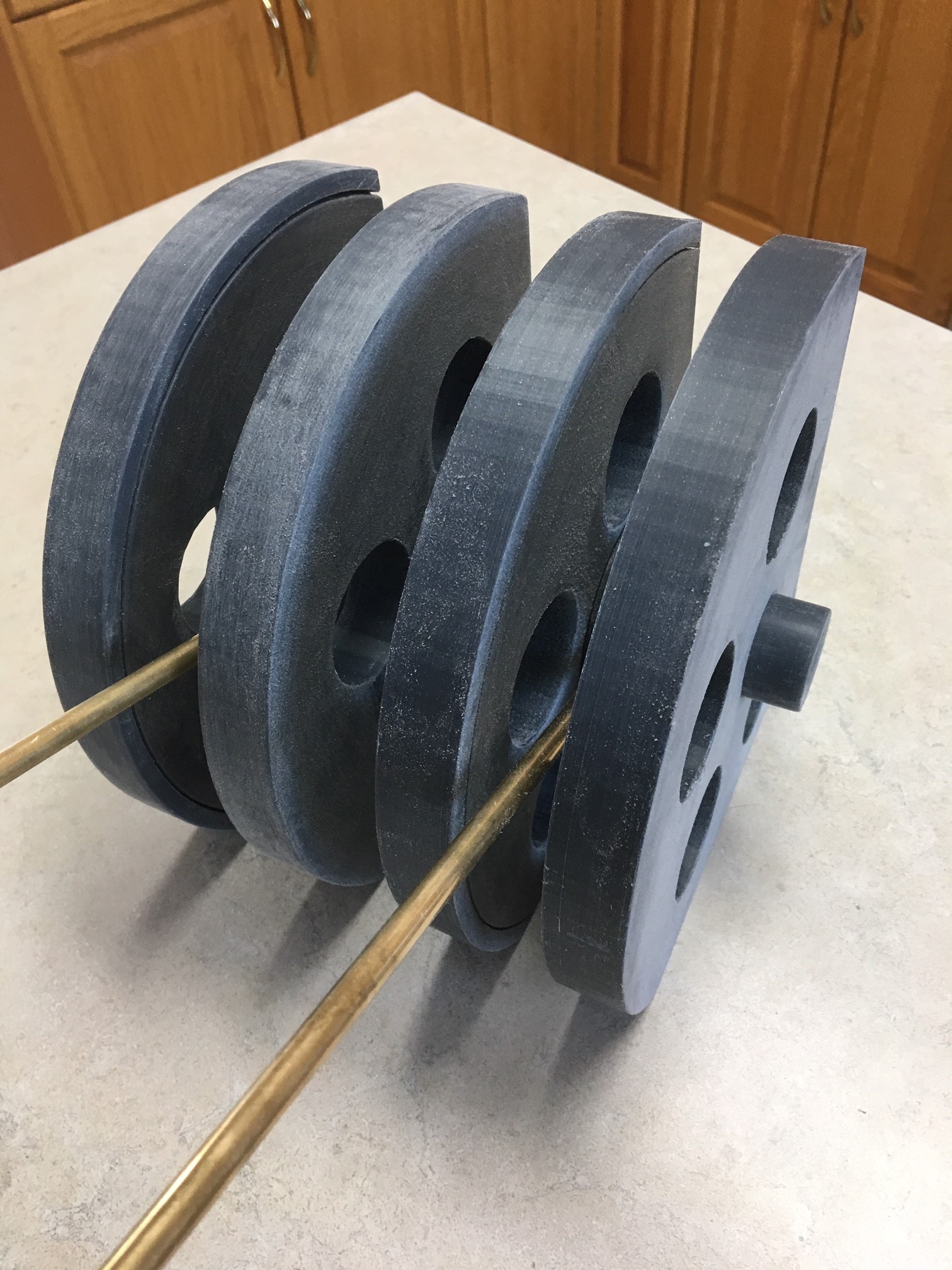 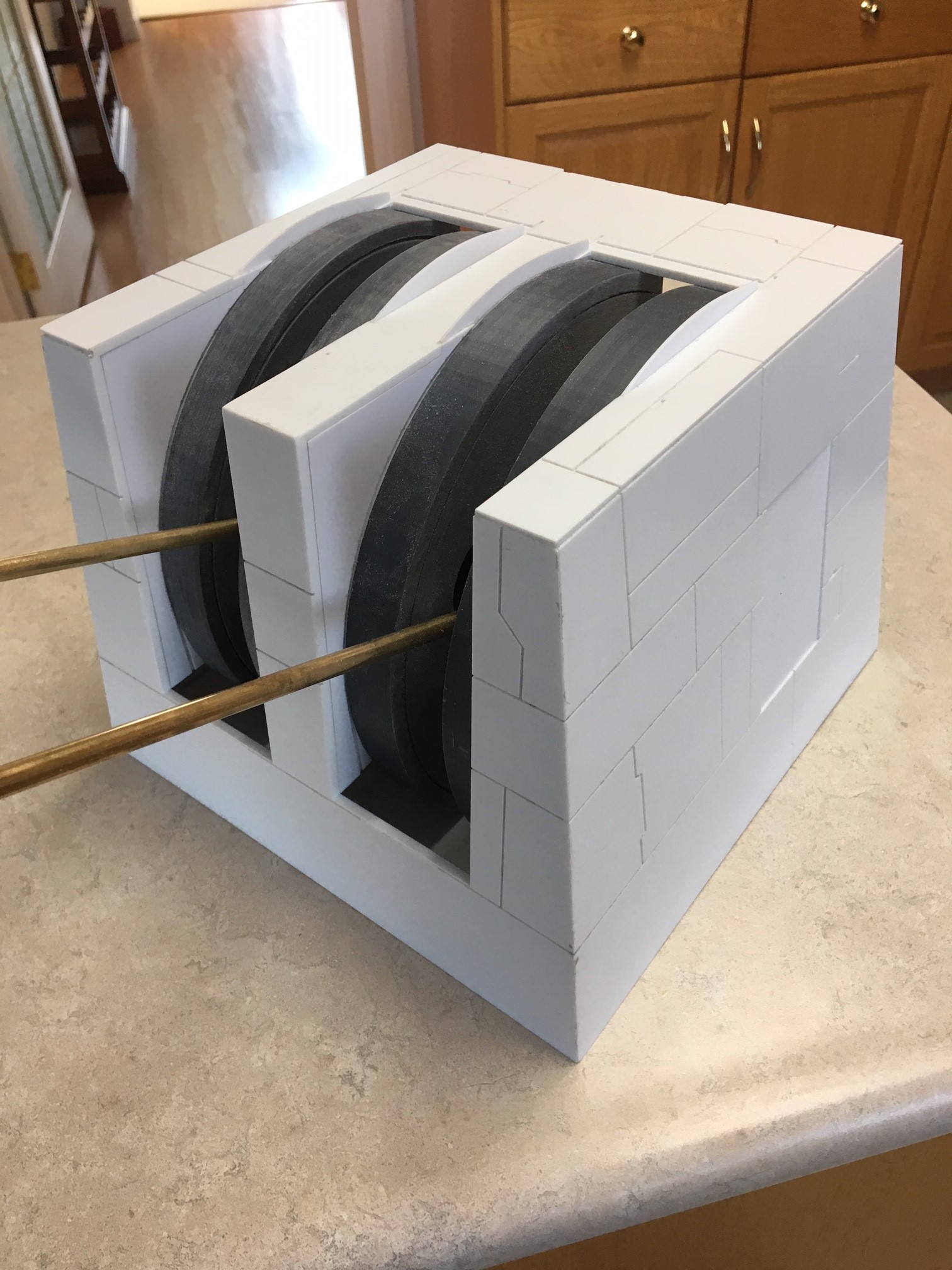 Internal components finished. Shield is in place and rotates smoothly when installed. Parts loosened to show the rail the shield rides on.The barrel elevation can only go up to about 45 degrees, then the internal components will be visible, but that shouldn't be a problem, since the turbolaser barrels rarely elevated past 30-35 degrees. After I glue the elevation mechanism in, comes the fun part of greeblying. 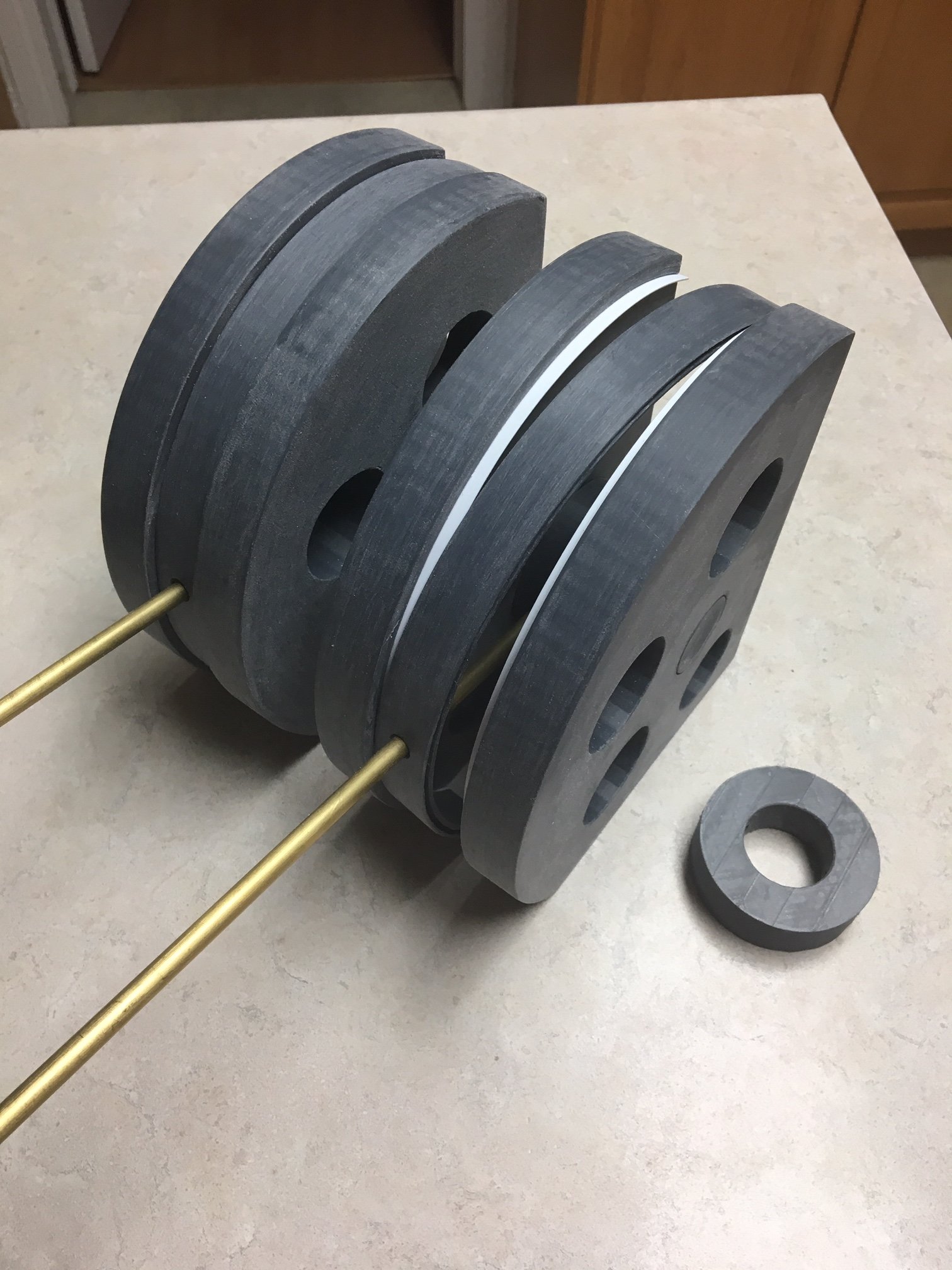 Nice Taz!! Very Nice!!
Does this kit have the internal greeblies?

anamorphicWayne said:
Nice Taz!! Very Nice!!
Does this kit have the internal greeblies?
Click to expand...

You mentioned 'the internal components' so I assume you can call them greeblies as well?

Oh. I thought you were referring to some kitbashed parts that ILM used internally and was wondering who the heck has ID'ed them and where is the thread.
The internal components are just the mechanical ones I printed out, as the Turbolaser kit never came with the elevation mechanism, axle, or anything inside.

RPF PREMIUM MEMBER
I am SO watching this! I once thought that a turbo laser tower might be a simple and easy project, but the scratch builds that i have seen done over the years taught me something different ...

DaddyfromNaboo , I'm not in the league with the other guys who built this before me, but I'm going to try to make a strong effort in making it as accurate, but "realistic"(?) as I can. I hope not to disappoint.

I had to tweak the 3D printed elevation mechanism to make it fit properly so as not to have too much separation or binding when moving. I also glued a turntable bearing to the top of the lower tower and printed a ring to hide that part. The gears, pictured below didn't take as long as I thought, but I still have to do the other side. 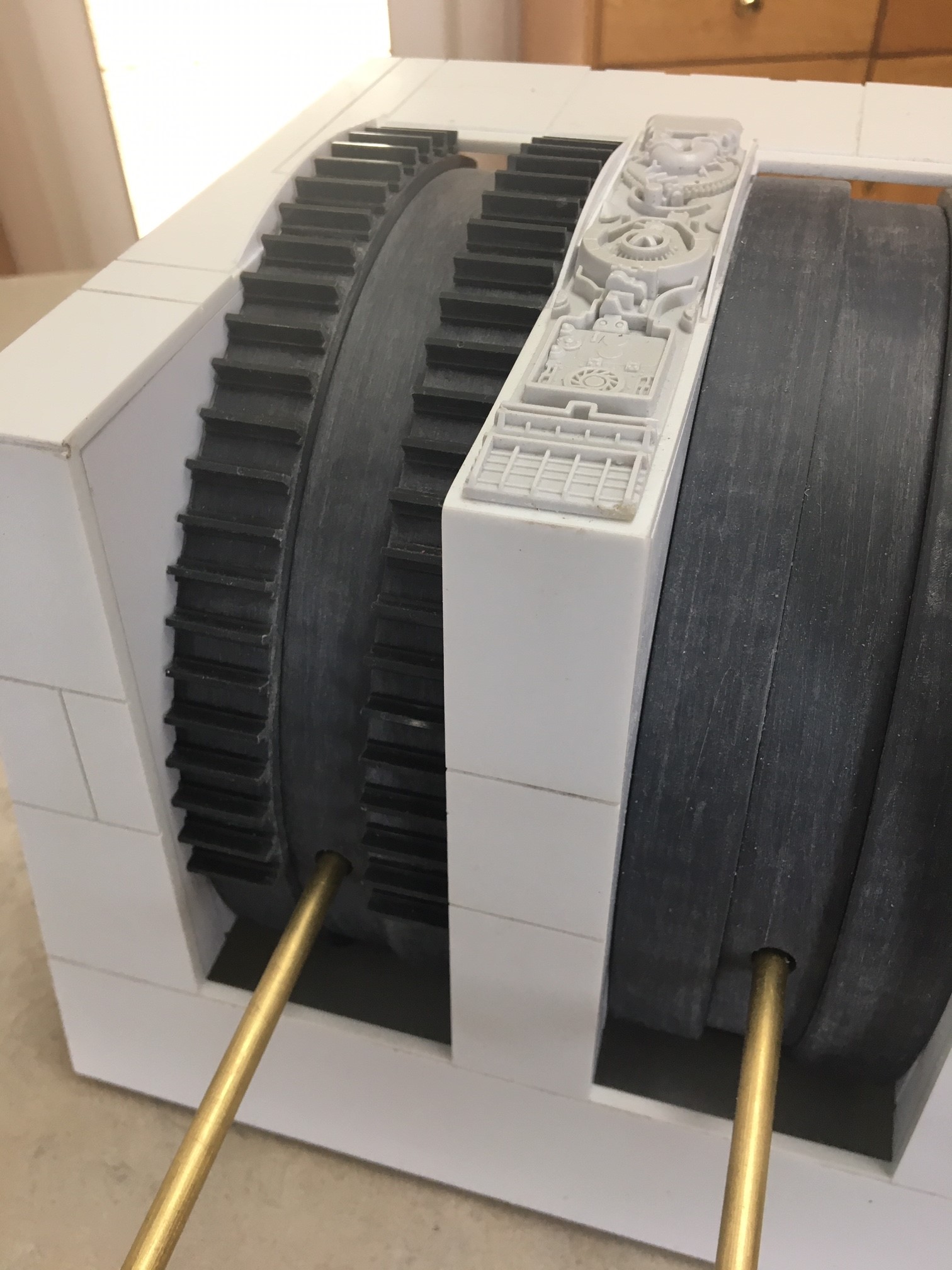 Coming along nicely Taz. Say, does the turbo lasers have the same greeblies as the x-wing's top/rear section?

Yes. The model department used that part on both the X-wing and the Turbolaser.

Geez, I didn't know that.

Not a big update. I 3D printed the gun mounts so that they sit centered on the tube (only partially seen in the photo). There is a LOT of Salzo casted parts that have to be sorted. Looking at the actual prop photos you really don't realize all the detail that went into it, until you start finding the one part that you need and gluing it to a particular spot. Generally the castings are good and picked up a lot of intricate detail, but there is always a need to fill in large bubble holes. 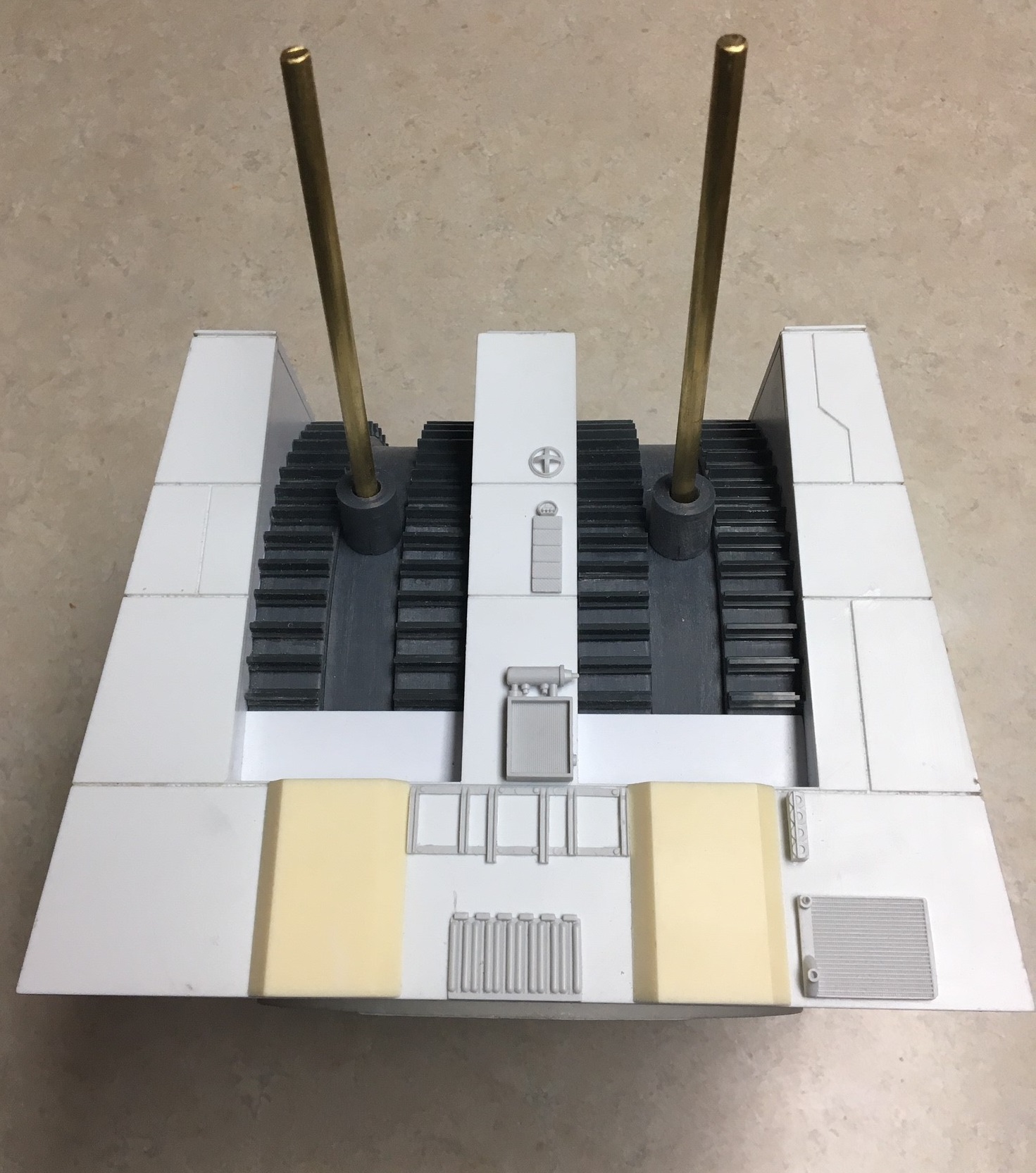 Stupendous!! How much of the tower is there for this kit?

This section, and a larger section below. I'm going to put it on a flat base made to look similar to the DS.

TazMan2000 said:
Yes. The model department used that part on both the X-wing and the Turbolaser.

That's interesting. I wonder if it made it out of the SW universe and into anything else that the ILM model ship had a hand in.

Has Anyone Scanned the Japanese "Star Wars Chronicles Vehicles" Book Yet?