RPF PREMIUM MEMBER
Hello there,
here are a few photos and explanations for the kit assembly

1 - if you have the aluminium kit, clean and degrease properly the plate before painting it.

2 - paint the plate black. Obviously you can paint it any way you like I used a flat black rattle can and did just two small coats with a light sanding in between coats with 220 sandpaper. The result is not something I would call "clean" but I really like the look, we can see fibers, the flat black has a nice natural satin to it and it just looks like what I imagine that prop looks like up close
the aluminium plate will probably require a different approach, maybe some light sanding first, primer then paint. 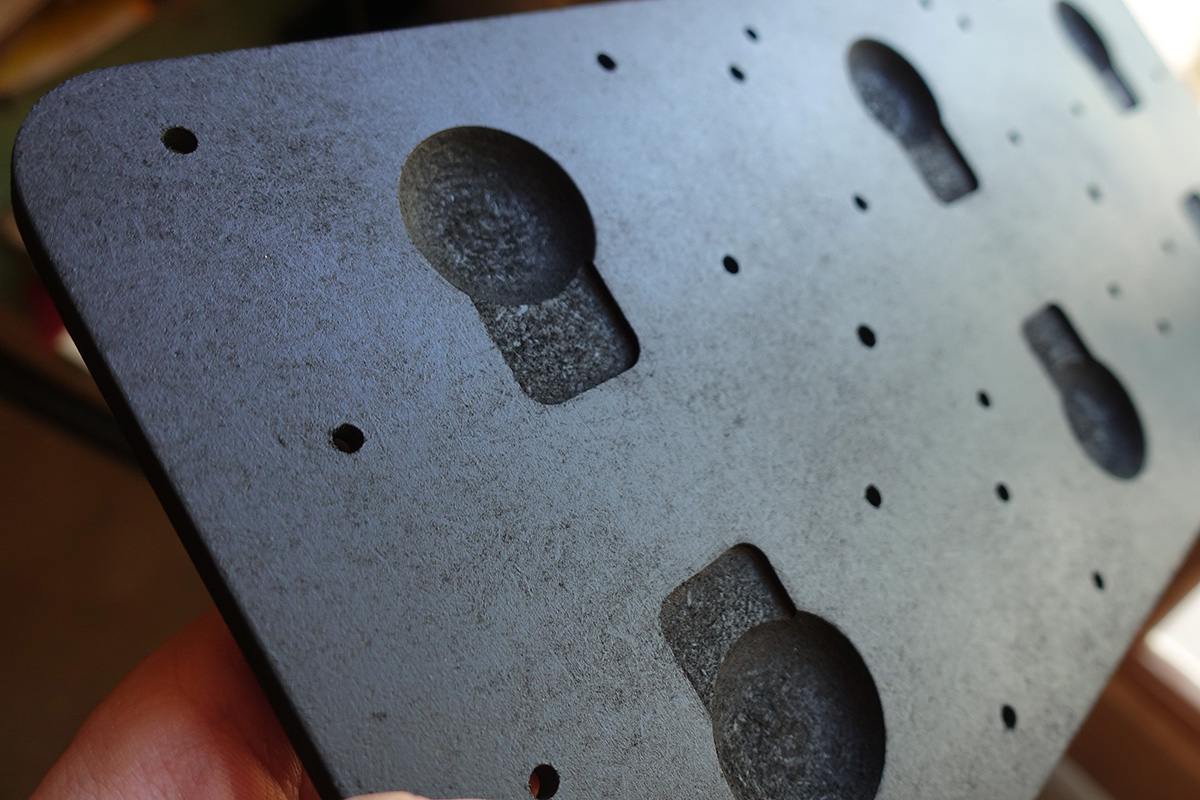 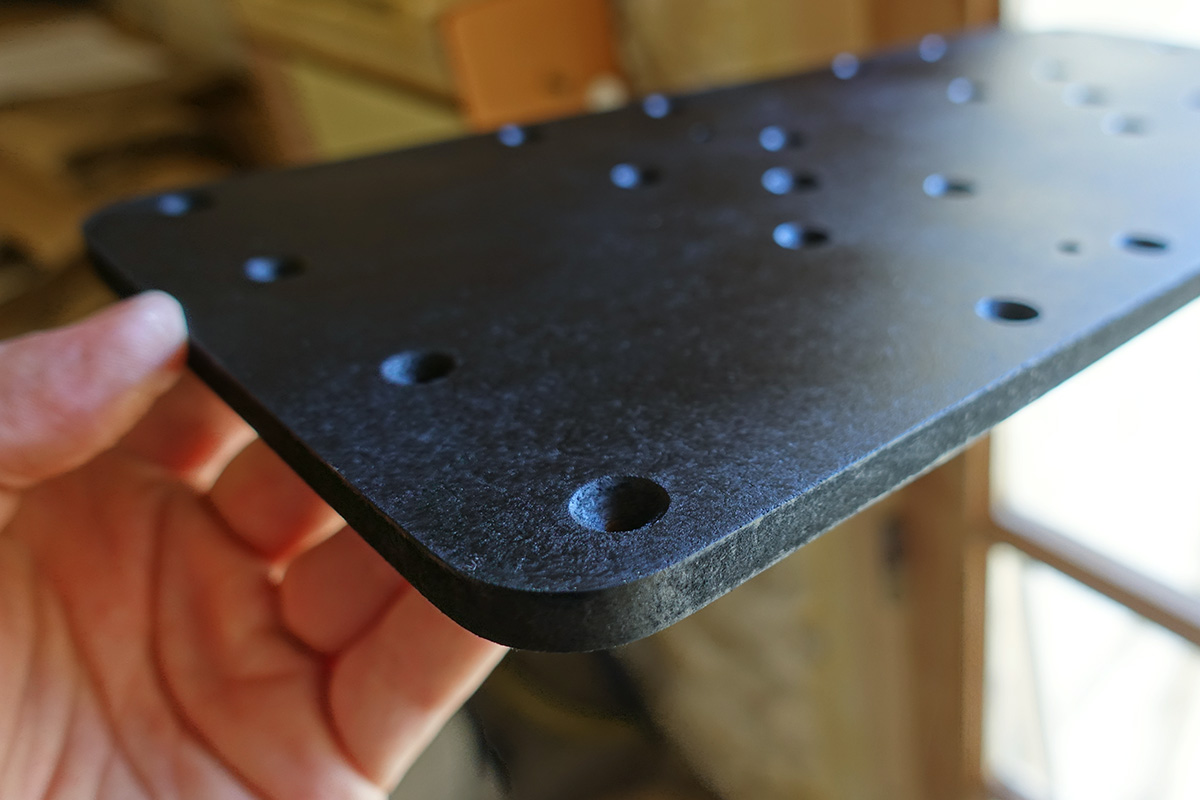 3 - drilling the viewers:
I include a thick paper template for the hole positions on the viewers, this is quite easy to use and works well, it follows the curve of the back of the viewers and I cut a hole in the center to let the closing snap through: 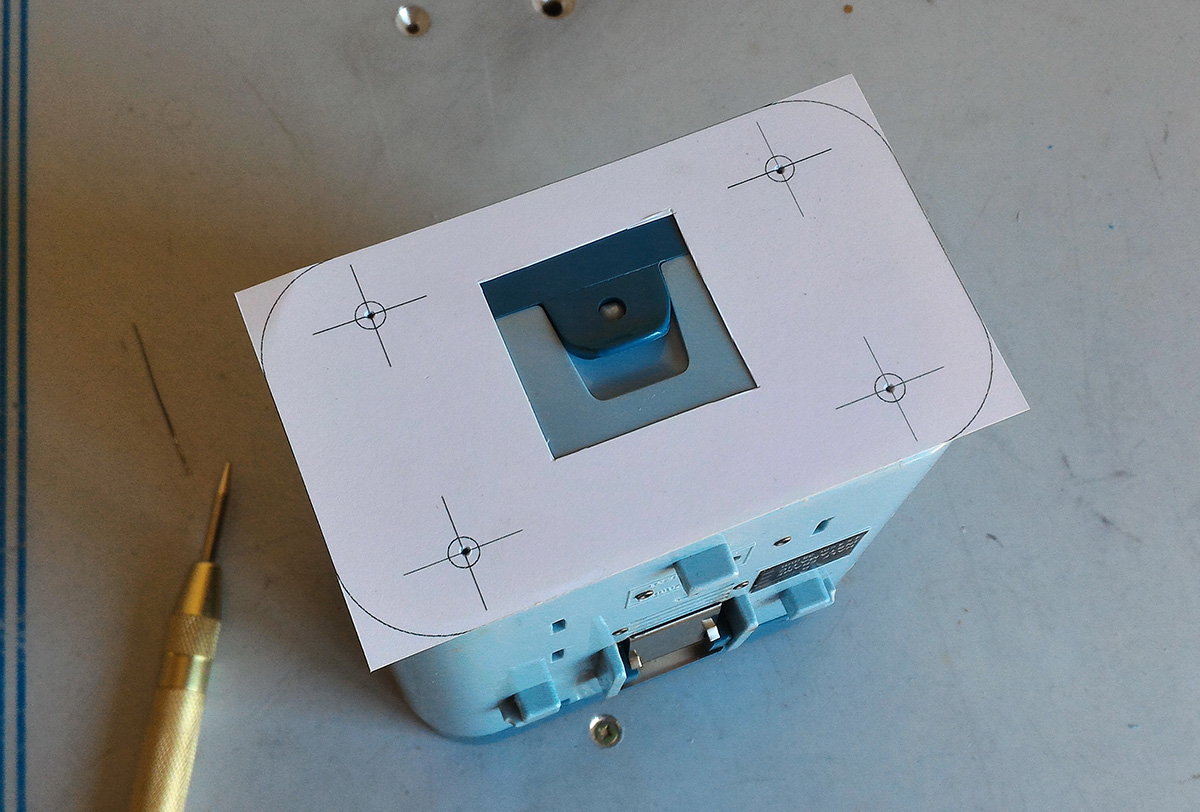 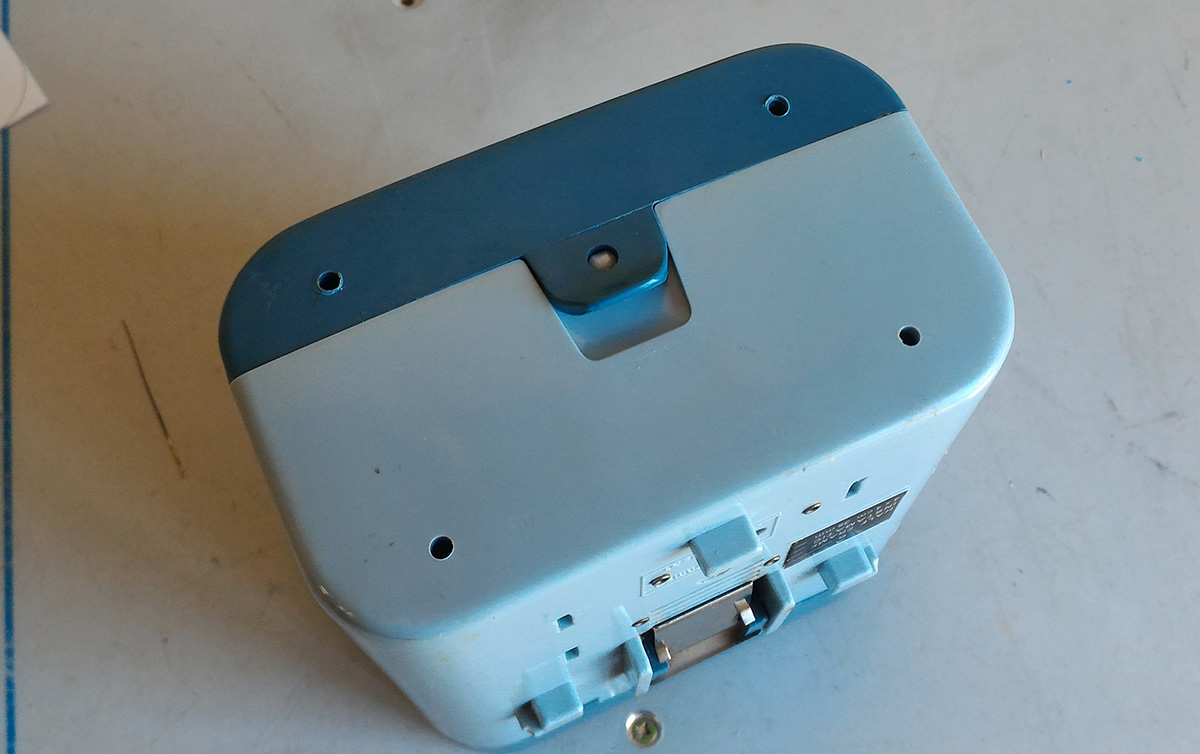 4 - Preparing the viewers
I personally removed the intermediate glass part inside the viewers to gain quite some weight, just to be safe. gave the viewers a quick cleanup then applied black paper behind the front glass and attached it with blue masking tape, apparently they had access to that so why not use it there I'll try to include something nice and black for that purpose in the kits, i didn't think about it until now.
In the kits, you now have 6 very nice gloss black cardboard backed rectangles for that. this is the best material that I found to get a really deep black behind the glasses. Don't put your fingers too much on them even though they don't seem to take fingerprints too much. 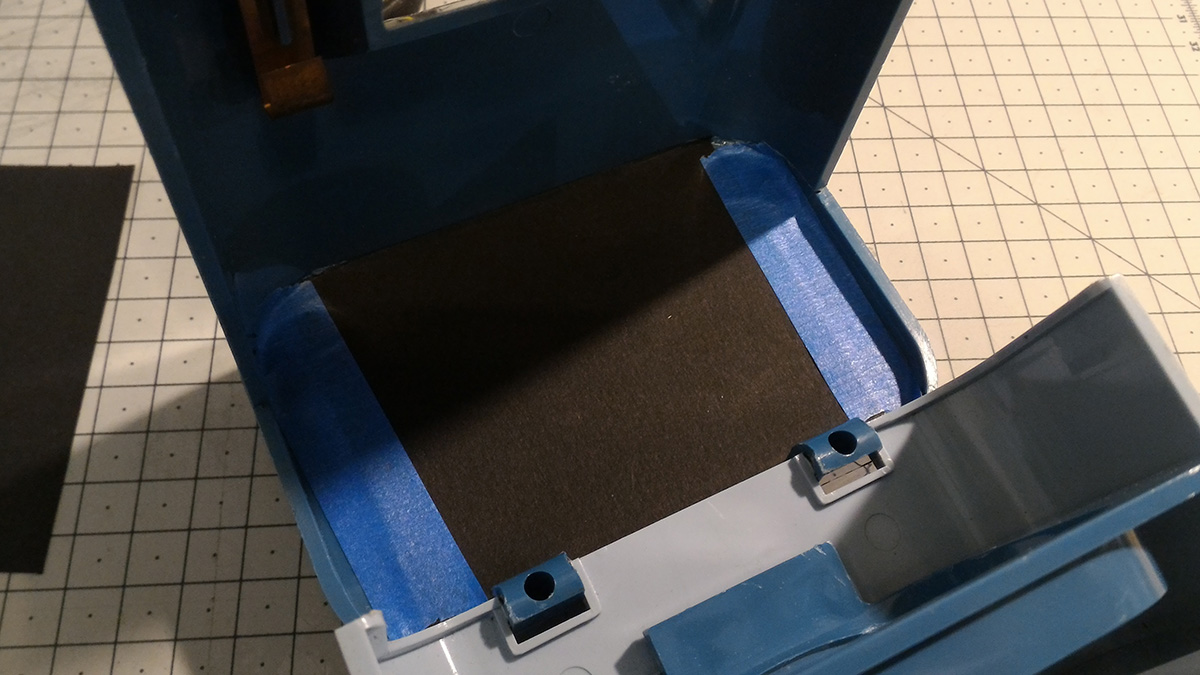 5 - if you have the wood kit, you need to put the 4 mount screws first before assembling the viewers as you'll not have access to the holes anymore after that.
just put the screws from the side of the plate with the 6 cavities for the viewers, put the washer and nut on the other side and just tighten them by hand. 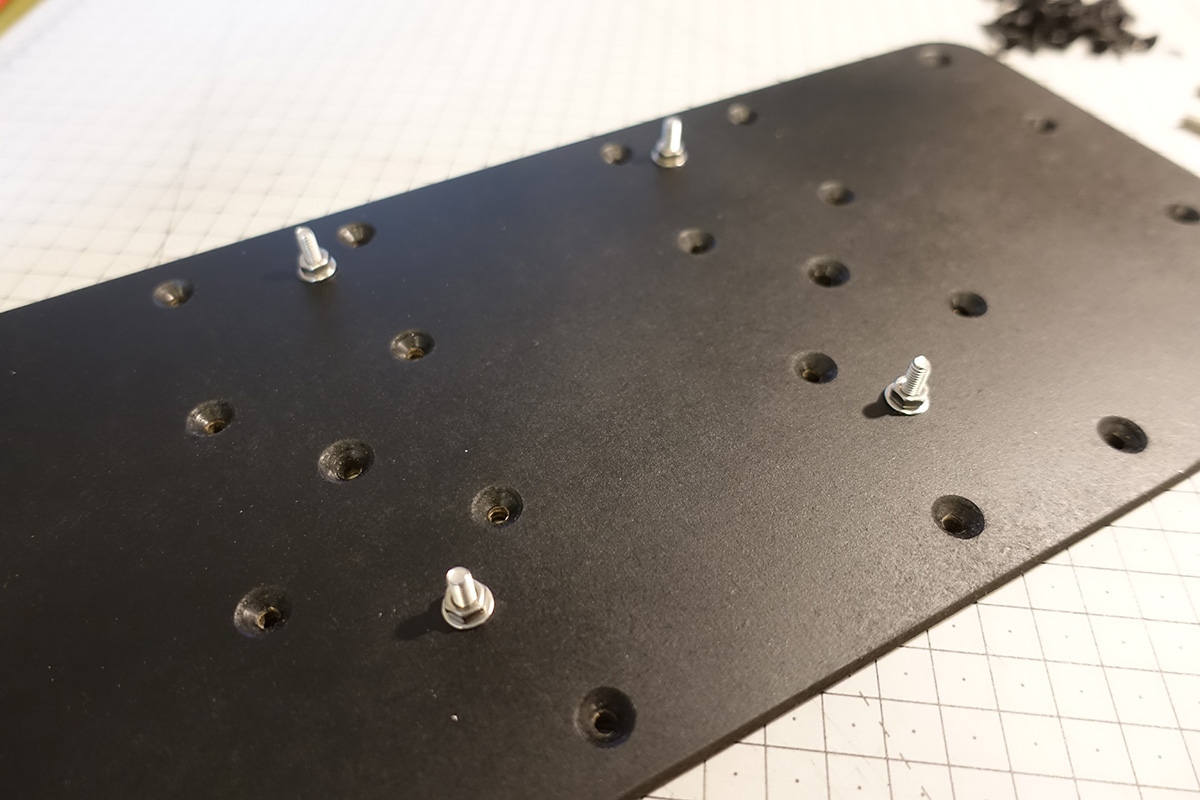 the metal kit has threaded holes, so no need to attach screws before.

6 - At this point, if you have the metal kit, you need to decide if you wish to file the closing tabs on the viewers or use the included spacers.
if you decide to use the spacers included in the kits, now is a good time to put the two M5 screws for the antennas. Put them from the back side of the plate with all the contersunk holes, then push the rubber washer strongly on the screws until they touch the plate. this should then hold by itself. If you want to file the closing tabs, you'll not need the rubber washers. 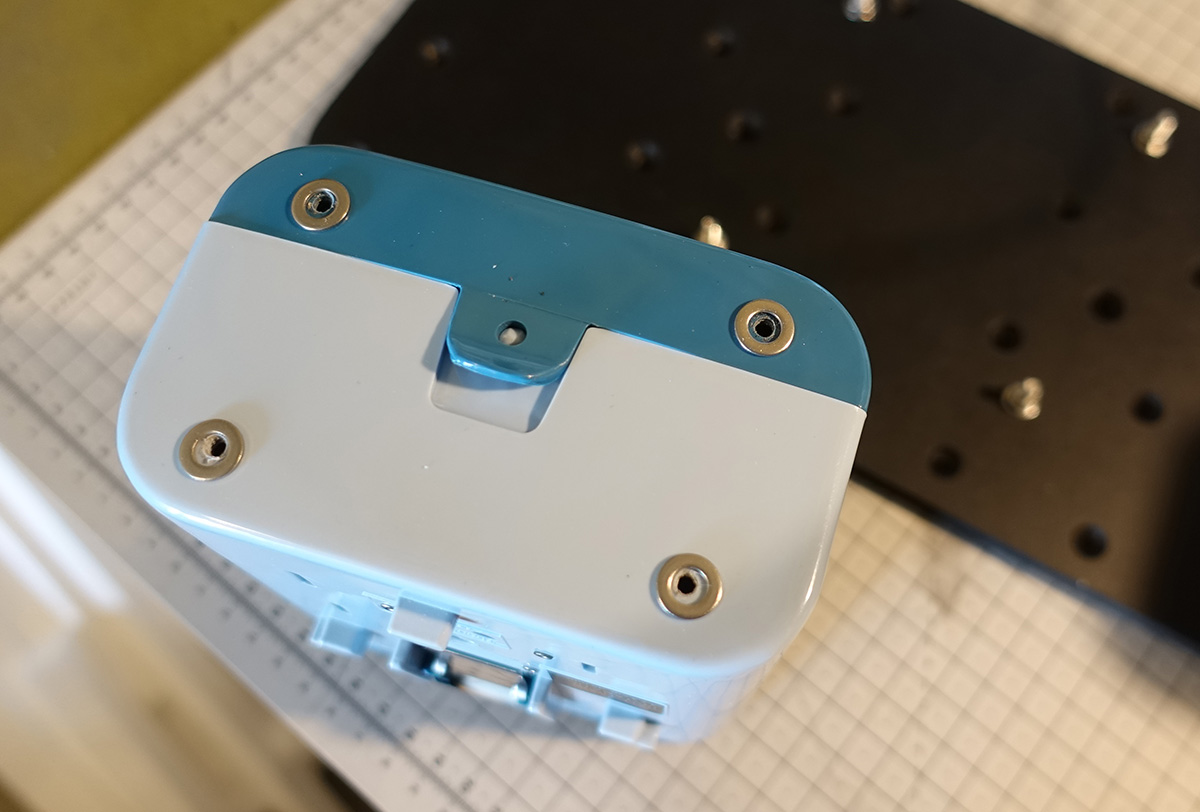 I usually thread two screws half way diagonaly, then the other diagonal screws halfway, then go back to the first diagonal all the way.
Even if the holes are not perfectly alligned, it should not be too problematic

If you have the metal kit,

If you decide to use the spacers, proceed the same way as for the wood kit but with the 6mm plastic spacers included. You'll need to use the black rubber washers for the antennas as well in this case to have them at the proper height.
if you decide to file the tabs, I didn't do it, so I can't speak from experience but you'll probably have to use small washers like I showed for the wood kit, maybe thicker, maybe a thin washer under the antennas too depending on what thickness of spacers you used.

8 - at this time, you can put the thin antennas in their respective holes on the antenna assembly. be carefull as they are all normaly adjusted to the hole they go into, they are taped to their proper antenna when shipped. if you mixed them up, you might have to try for the best fit in each antenna. depending on the fit, either push firmly until they fit nicelly or use a dab of superglue if necessary.

10 - Go crazy with all the stickers and blue tape


and there you go! (still waiting for those thin aluminium rod antennas!) 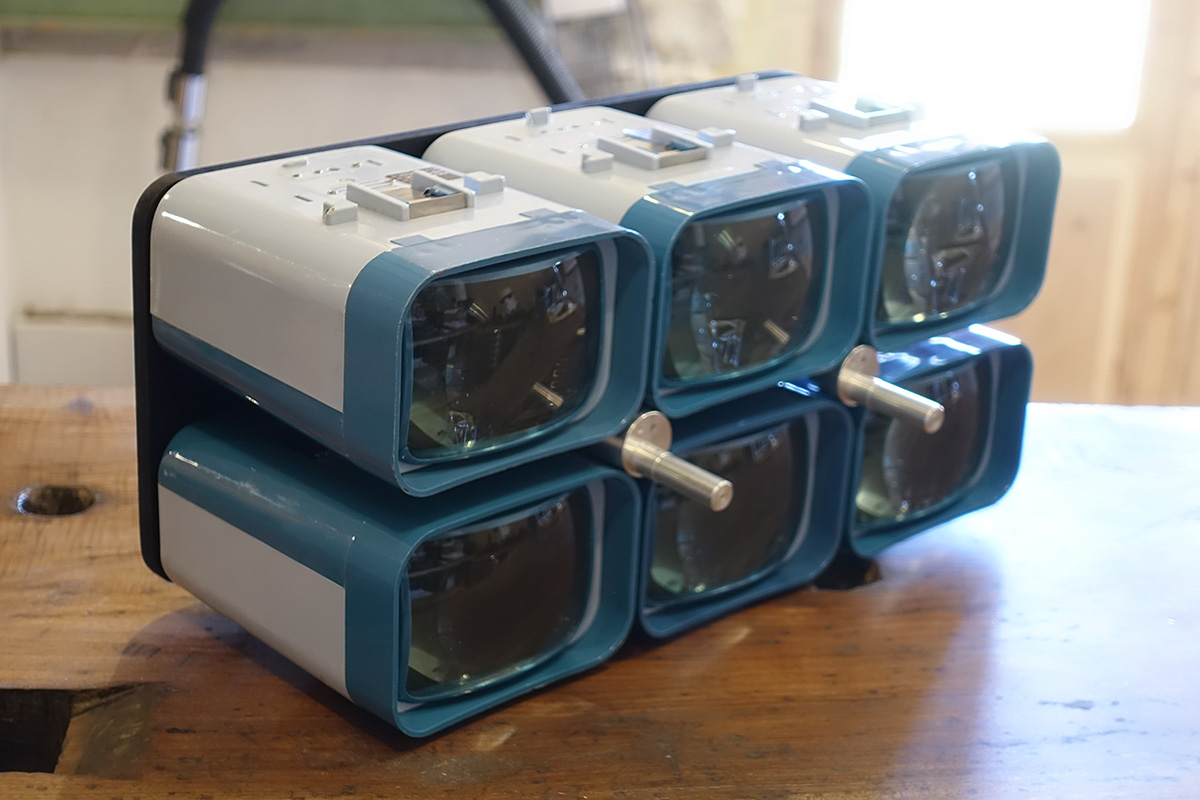 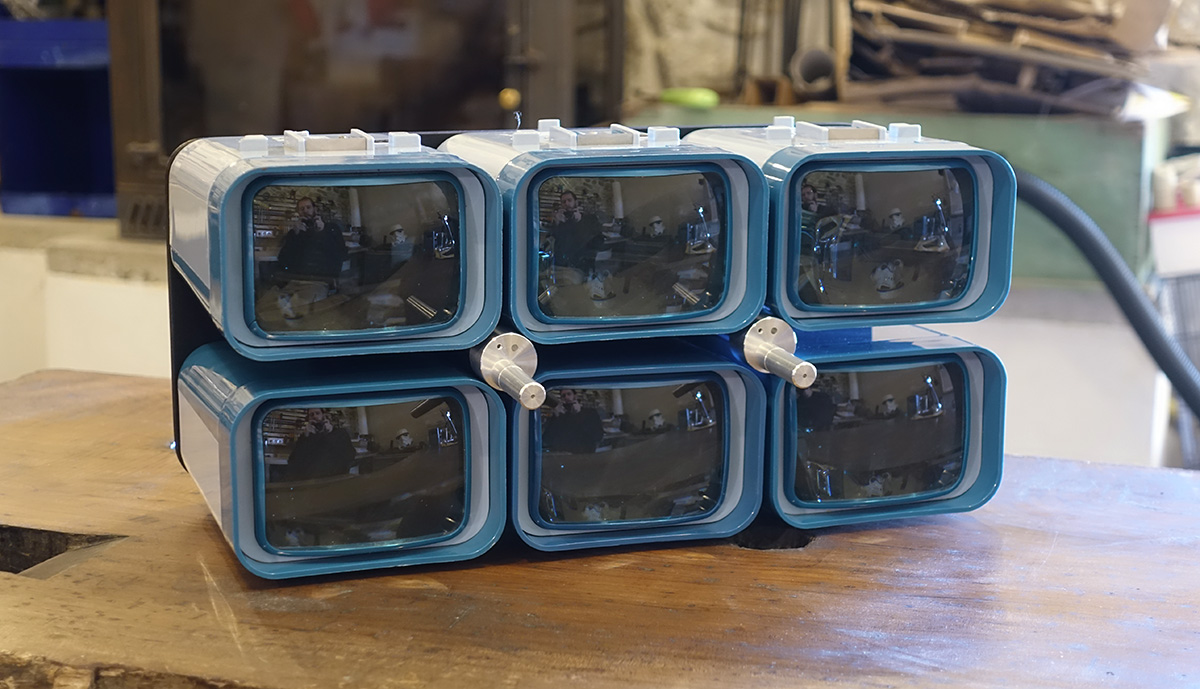 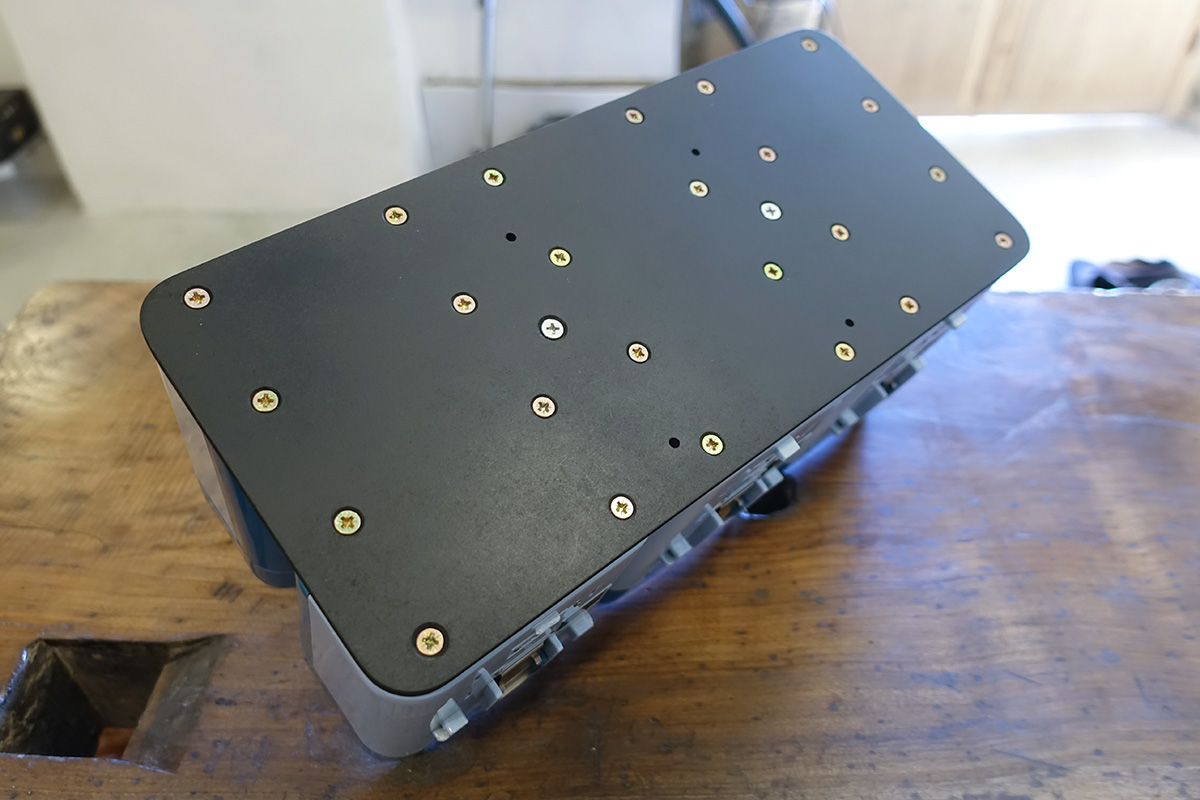 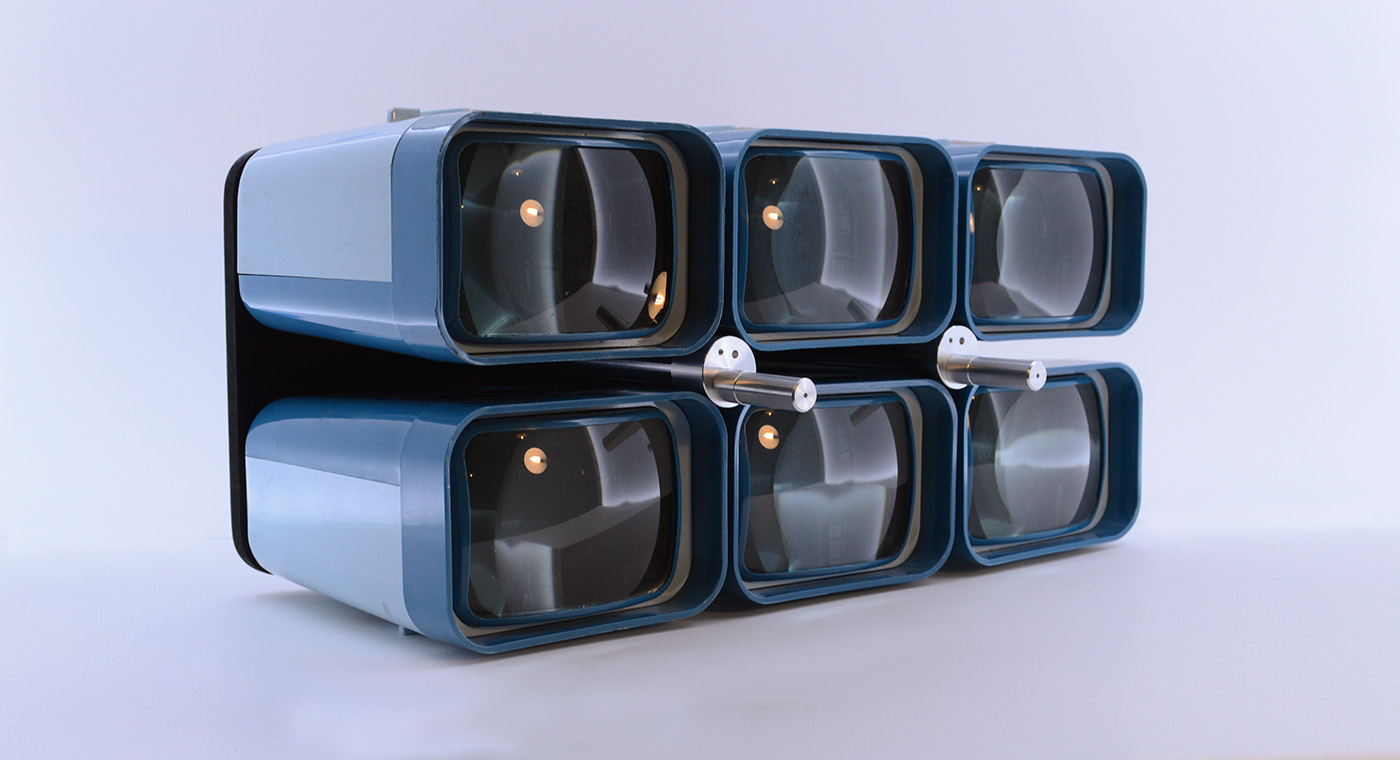 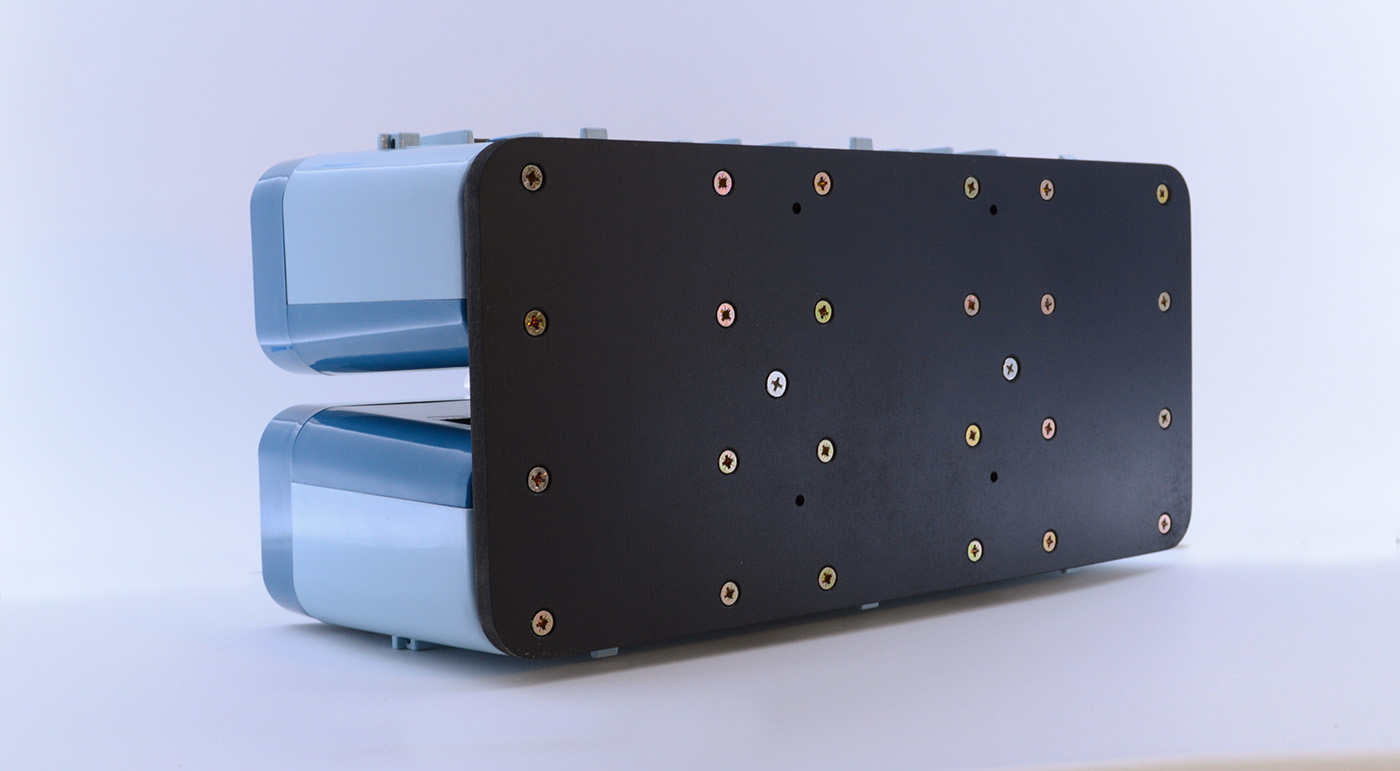 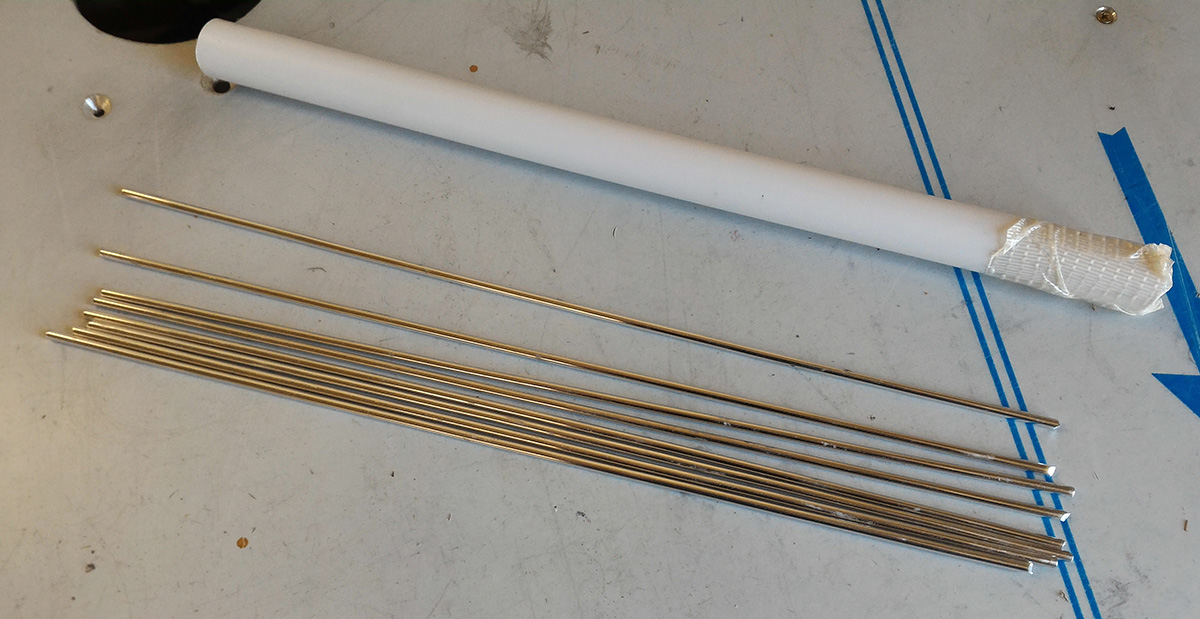 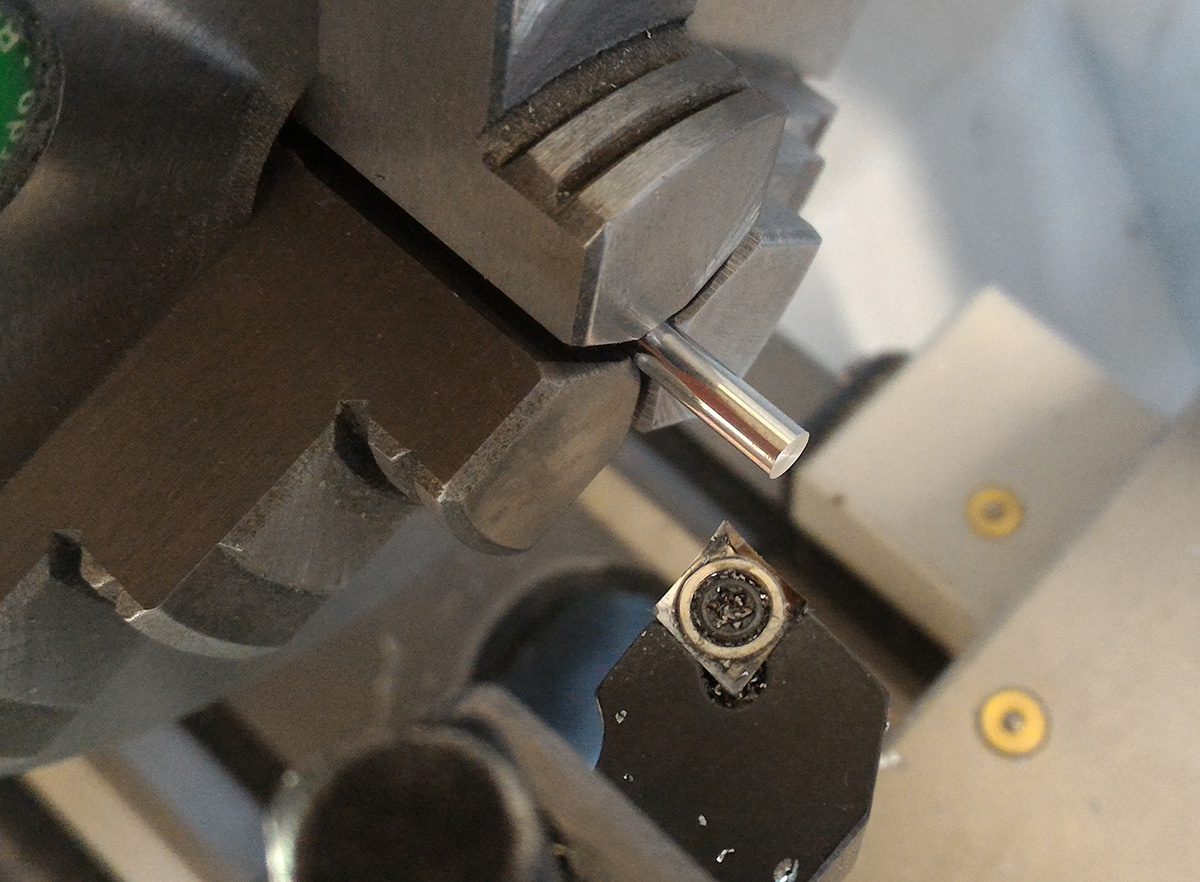